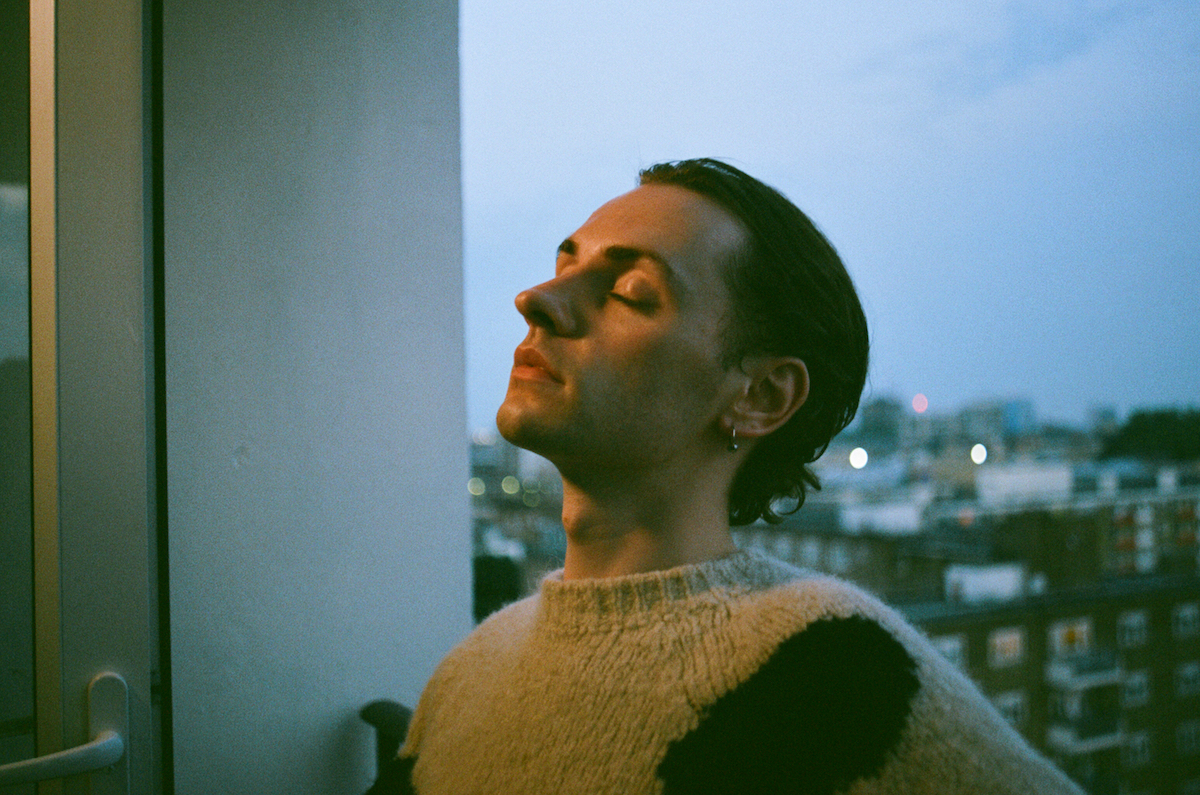 Jacob Allen, also known as Puma Blue, didn’t anticipate being an artist. A drummer since he was just seven years old, Allen still speaks of music in rhythmic terms more than anything else even to this day. In our recent Zoom interview, he points to one of his earliest influences, Red Hot Chili Peppers, and describes the music as a “fitting together like a puzzle,” a mix of concurrent but opposing rhythms: from the accents of the drums themselves to the thump of Flea’s bass and vocals which nearly rap overtop. “Listening to them was the most exciting thing I’d ever heard,” he explains. It is a surprising first favorite for the London-based artist whose music gives a darker, industrial feel than the jumpy SoCal-ness of RCHP, but the energy of their polyrhythms proved to the young musician for the first time that his understanding of drums could be a bedrock for building something greater and that it was possible to create songs that were ultimately more than a sum of their parts.

After playing for a few years, Allen had his first chance to perform. Though he was only ten years old, he still recalls the experience of being on stage as the turning point in his life and the moment when he knew music was his calling. “I’ve known this was the path I was going to take ever since,” he says, but qualifies by adding “in some capacity.” Though his ambitions within music have evolved over time, he feels that performance has always been a celestial experience for him. “When I’m on stage, it’s like there’s a communication with whatever is higher than myself. I act as a channel for it,” he tells. 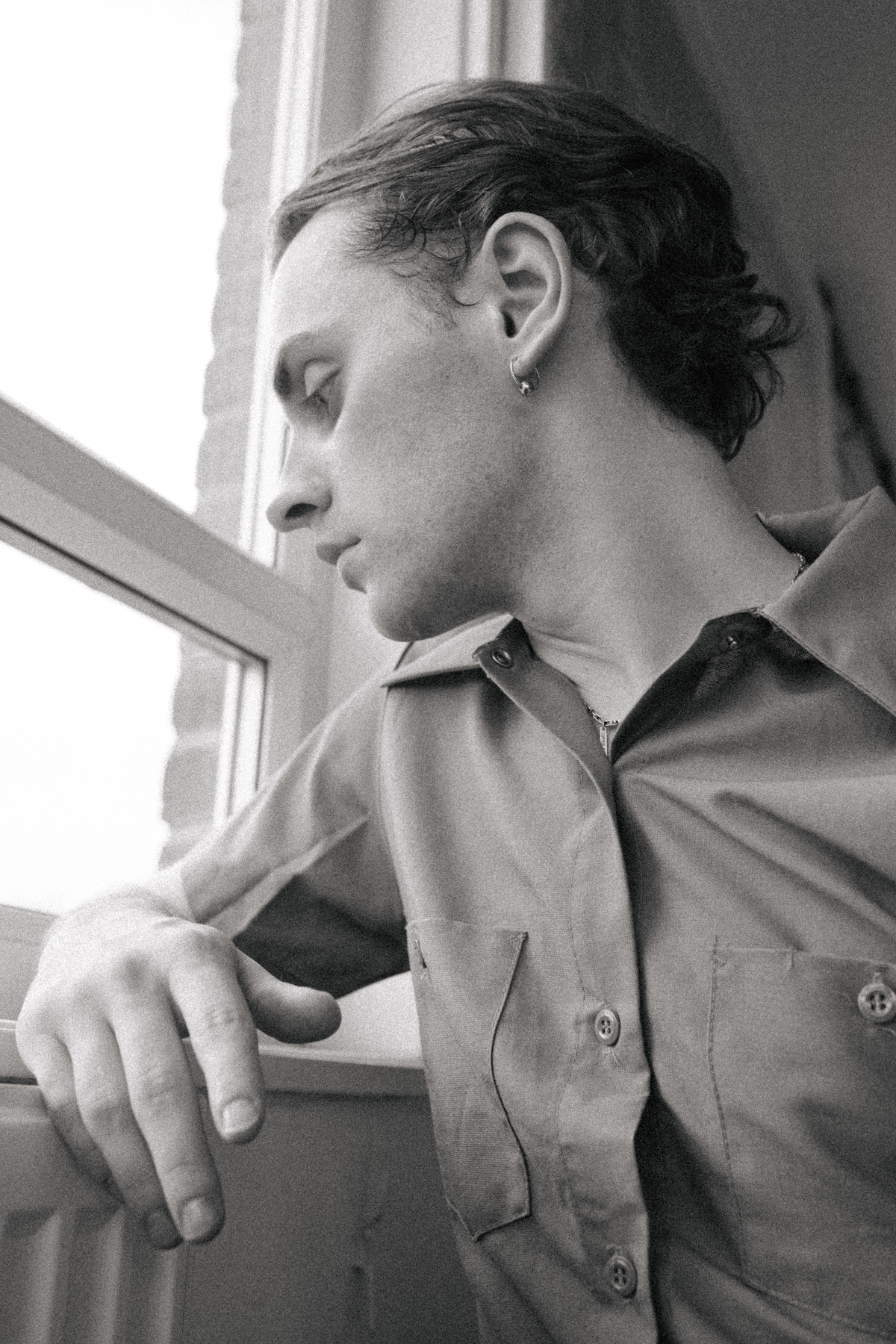 This nebulous but miraculous feeling remains his driving force as a musician and songwriter, a connection he expects he will always be chasing in his work. As he explains this to me, it makes perfect sense. Throughout Allen’s life, spirituality and music have been pursuits that went hand-in-hand, mirroring each other as they evolve. As a child learning to play the drums, his musicianship was first focused on precision and pattern, keeping time within the confines of a 4/4, 3/4, or 6/8 time signature. At the same time, he was a churchgoer, attending mass with the same regularity and timing each week with his family. The structure of both once provided solace to him. But by his adolescence, he began to drift from the routine, exploring other avenues of spirituality and understanding. In his music, he began to find comfort in other instruments, like guitar, which he found to be more expressive and loose. “I was always really into the harmonic world of music, but I didn’t understand it until I was a bit older,” he says.

As Allen learned more about the harmonics of music, he began singing and writing with his guitar, looking to idols for inspiration like Radiohead or Jeff Buckley who channeled an otherworldliness in their work. “Guitar, at that point, became another way that I can express myself, rather than just a vessel to get the songs out. I began to really embrace the process of creating with guitar,” he notes.

Since then, he has become a popular independent artist and songwriter, releasing his work under the monicker ‘Puma Blue.’ He gained attention from tastemakers quickly with the release of his early EPs Swum Baby (2017) and Blood Loss (2018) which gained him a profile as a D-I-Y talent with a penchant for stark production and diaristic lyrics. By his own assertion, his early work was “pretty bleak” in its subject matter, but its melancholia was justified. An insomniac since childhood, his work often was written in the intervening hours of the night, channeling his restlessness into the songs of Swum Baby and Blood Loss. Soon, his consistent weariness and nocturnalism just became a trademark of his writing style, and his music became his confessional.

Recently, however, the artist has been able to sleep just fine. “It’s really the first time I’ve been able to sleep well since I was, like, 10 years old,” he shrugs. With his recent LP In Praise of Shadows, this shift is palpable. For the first time in his discography, there is nuance to his stories. Of course, there is still darkness to many of its tracks, but there is also an unforeseen amount of brightness as well. It’s an apt title for such a project. An allusion to the 1933 essay In Praise of Shadows by Japanese author Jun’ichirō Tanizaki, the record embodies Tanizaki’s thesis. “In the essay, he talks about how in the East, darkness and shadows are really important in architecture, ceramics, even theater. He says that using darkness can be a tool of beauty and aesthetics,” he explains. 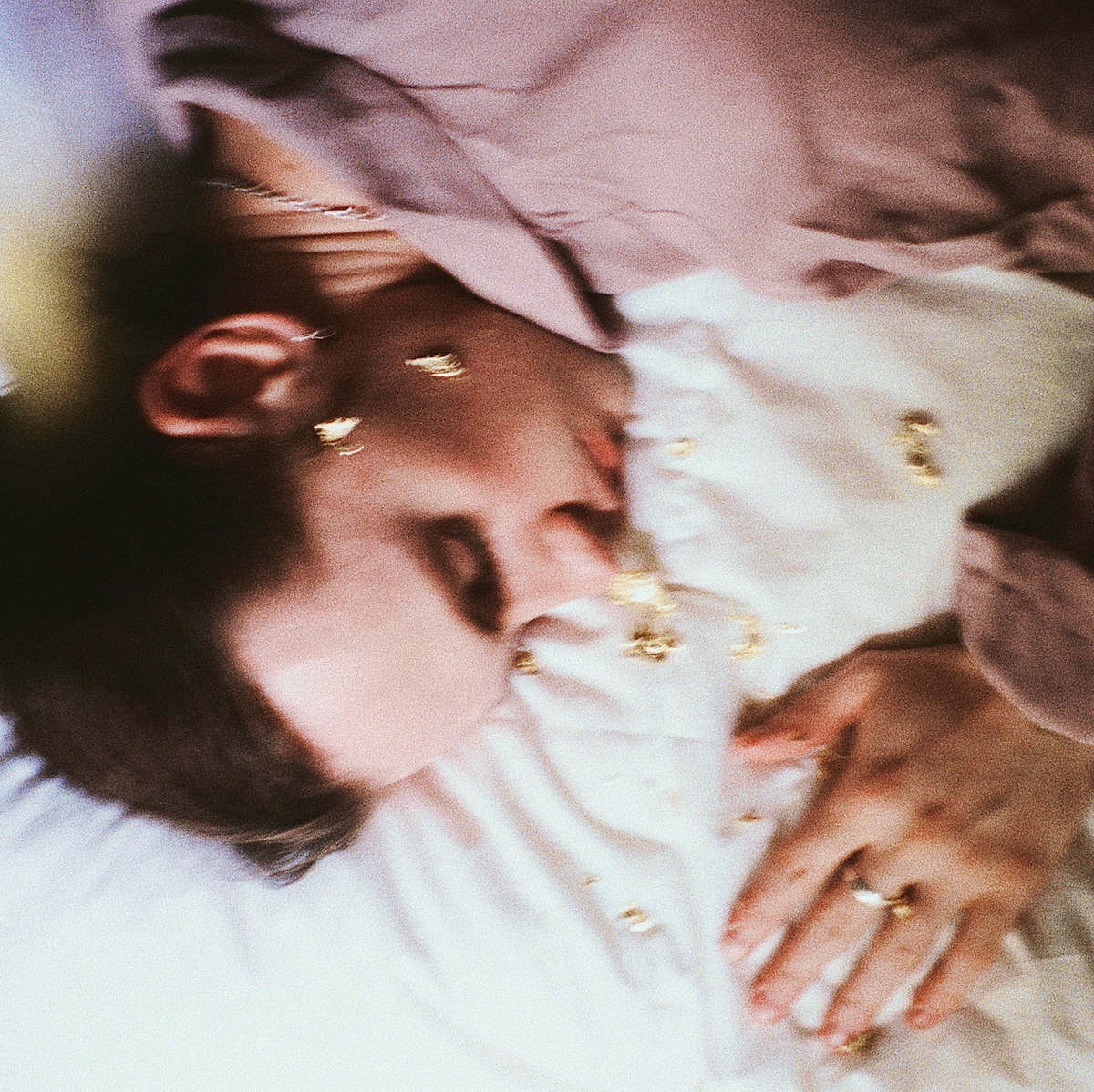 Just as Tanizaki asserts, Puma Blue’s In Praise of Shadows uses its bits of darkness with tact, recognizing that shadows cannot be formed in the absence of light and that shadows themselves can still be beautiful. By far his most self-assured record yet, In Praise of Shadows features standouts like “Velvet Leaves,” a breathy ballad about his sister’s suicide attempt. A song he has tried to write for years, he notes, “it felt like a breakthrough when I wrote it. Like I had something beautiful and positive to come out of such a tough experience.”

Other standouts include “Sheets” a whispery, romantic track built over a sampled loop from one of his favorite films, Eternal Sunshine of the Spotless Mind (2004). The song acts as a declaration of love for his partner, and it is his first truly blissful song to date. “I wasn’t even sure about putting it on the album for a while because it felt like a really personal note that you’d leave in the house for them to find when you’ve got to head out early or something,” he admits, but he chose to add it anyway. Like many other songs across the record, “Sheets” uses images of sleep to nod to his insomniatic past and to convey feelings of weariness or comfort, depending on its context.

With In Praise of Shadows, it is clear Puma Blue has finally found his peace by creating a record that connects his present with his past. “It’s as if I’m a child again with this album, like, you know when you see a video of someone as a baby and you think, ‘oh, they haven’t changed a bit?’” he asks. “That’s this. I see this as the purest reflection of me.” In Praise of Shadows proves that finding peace does not require forgetting the difficult moments of your past but embracing them as beautiful, necessary shadows.

You can listen to Puma Blue’s new album In Praise of Shadows in its entirety here.