Chaotic Bliss: An interview with Pond 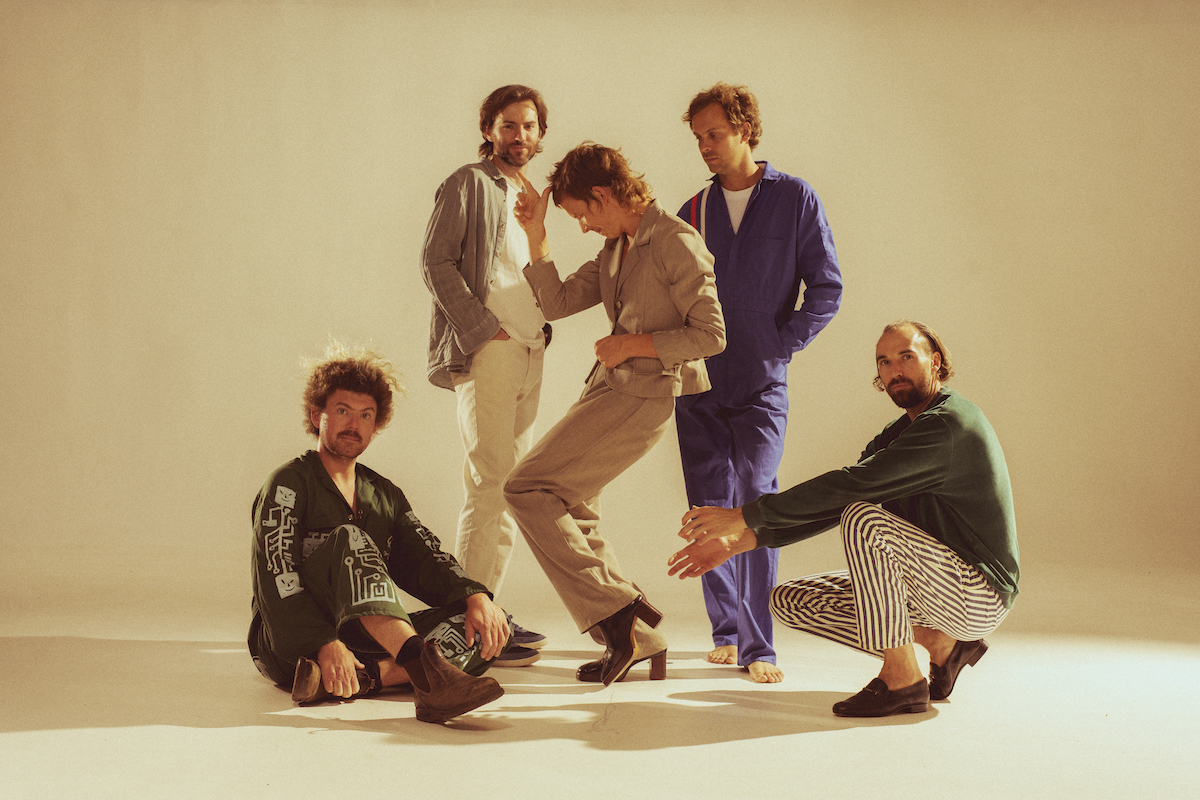 On the edge of past and present, Pond creates a futuristic, otherworldly feel in their music. The electric rock ‘n’ roll style that is curated in their vintage sound sets this Australian band apart from the consistent frenzy of pop in the industry. The euphoric and psychedelic attitude of Pond’s music is contorted in their new single, “Human Touch.”

The nature of Pond’s most recent releases contradicts a loyalty to one genre. “Toast” is a culmination of pop and elemental rock that emanates from the tone of the band’s electric dynamic. There is a juxtaposition of heavenly instrumentals and lyrics of desire and heartbreak. “America’s Cup” presents an upbeat vibe that results in a chilling sensation of 80s influence amid our pop-infused age. It provides a nostalgic taste of Pond’s conscious, positive, and sunny soul. “Pink Lunettes” exudes edginess and intrigue, blending seamlessly with the electric dance energy of a nightclub. There is a sense of confusion and chaos with a requirement of vivacity within Pond’s music. 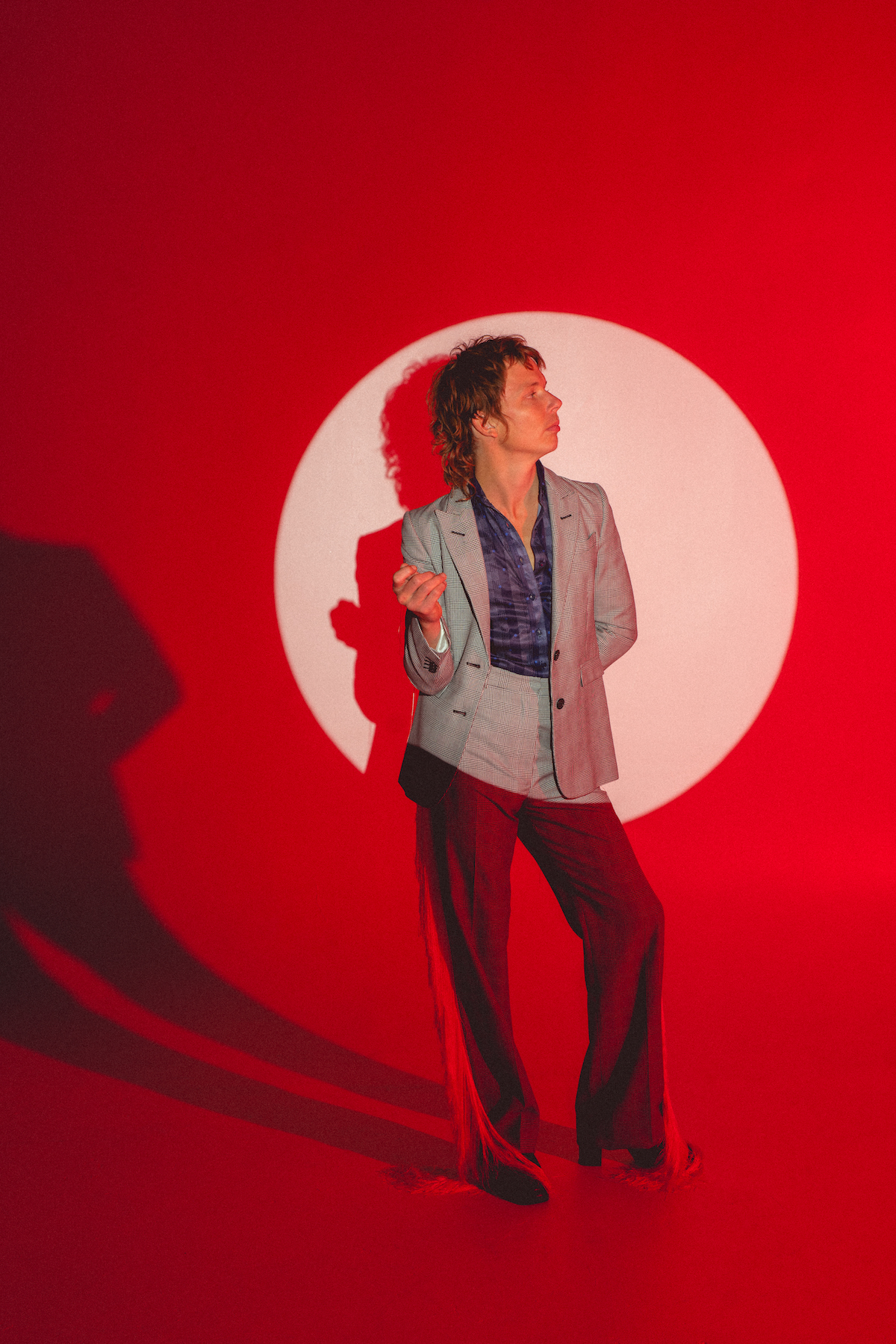 EJ Saftner: How are you today?

Who is Pond? Pond is me, Jay Watson, Joe Ryan, James Ireland, and Jamie Terry. And, whatever happens in the space between us, um, that’s for me. But I guess it’s different for everyone. Because Pond for me is still all the shit that happens that doesn’t get released on record. Whereas, for other people around the world, Pond is only the stuff that we deem good enough. So yeah, I guess it’s that, for me.

You’ve mentioned that you love ‘divisive music’ and you ‘appreciate when people don’t like things.’ So, what is one song audiences would not expect you to love and why?

Um, there are probably heaps. I guess like, “I Mean It,” by Kanye, because it’s, like, awful. I mean it’s really… I mean not musically, it’s incredible musically, but some of the lyrical stuff is so extreme and offensive. And like badly offensive, you know, like racist. But I think that was the whole part of that album that he was making was just really going there and like actually showing the darkest side of him and I think, thus, everybody. But yeah, that song is amazing and sends shivers up my spine but it’s so, it’s so brutal.

‘In Pond’s universe, nothing stays for too long.’ What is one emotion you wish you could never feel again?

Fuck, I don’t know. An emotion I can never feel again? I don’t know, I’ve come across this sort of question in cognitive behavioral therapy where you go through the most, like, unsavory emotions or parts of yourself and you actually, you think, ‘if you could delete that from your existence forever, would you do it?’ Almost nothing gets that answer. You know, guilt is one for me that I’ve suffered from throughout my life and I don’t like it, but I know that it also has its place in making things… it forms a part of my conscience and like, humanity, or whatever. So I don’t know, I guess there’s none.

What is one emotion you wish you could feel forever?

Aw, none. No, eternal bliss would get boring as fuck after a while.

Where would you say the perfect place for fans to listen to this album would be?

The new one? Um, man, I wish I could remember what I said for the last few albums because I feel like I always say the same thing. Actually, this one’s got some good running tunes, which I don’t think I would have said for the last one. I reckon some headphones, some jogging, would be really good. And jogging you know, wherever… city, country, I mean, obviously the country is better for your lungs, I guess. That’s a good one. But then you know, cars, like road trips… sick! If you’re high walking home late at night with your headphone, an amazing time to listen to music. Love that one.

You’re all across the board… So basically, all the time?

Yeah, all the time. I think there’s a bit more tempo with this one, so a bit of a jog could work.

If you could be on stage with any artist, past or present, or for any specific performance, where would you join?

Well, it wouldn’t be too iconic, because otherwise, I might ruin it. Nothing that’s influenced me too much, maybe like, I don’t know, something that is just a hell of a lot of fun. Like a Grateful Dead or something. Yeah, maybe just one of those big trip-outs… and I wouldn’t be on acid because that would be just way too intense. Yeah, I mean ‘The Last Waltz’ is iconic but you know, it’s not my place to be there. I’d love to see Otis Redding, but it’s not my place. I can listen to the records.

Let’s talk about your new single, “Human Touch.” I got the chance to listen to it and it is an energetic, chaotic, sexual track. Tell me about the process of creating this rock ‘n’ roll, electric sound. Was it intentional, or was it a part of that dismissive music, that creativity we talked about before?

I mean, yeah. It was intentional, but also stuff happens unintentionally, you know? It’s a really hazy line between those two. Like the first moment of it, Jay had just like, just a sort of really innocuous type loop riddled with no structure. He just thought it sounded cool and sent it to me, and I wrote some lyrics over it. So in that sense, no, it wasn’t intentional but yeah, we went in and out. At first, it sounded a bit more punky and live instruments, and then it was more syncy, and then it sounded too hi-fi and Jamie reckoned it sounded like, you know, like a triple J band or something like that. Then we made it more lo-fi, I guess that was all just back and forth until it feels right.

Man, I mean I think artists not getting paid! For people listening to their music millions and millions and millions of times. That’s pretty fucked. And like, I’m not a savvy economist and I’m sure the capitalist overlords who run streaming services would have plenty of arguments. Yeah! I guess just pay them more, pay us more? Change the percentages that go to the streaming service and the artist.

On a creative level, what art has inspired you… be it movies, music, books, characters, art, etc.?

I mean so much, you know, daily… not daily. When it happens. I listen to an interview with the guy who made the soundtrack for Moonlight… that was fucking amazing! That was so inspiring. That was beautiful, that’s one thing. I don’t know why I thought of that, that was years ago.

For this album, I was a lot more inspired by small things, like more day-to-day things. Because for the last couple of years, a lot of it has been fixated on the global cataclysm, you know. Colonizer guilt and you know, all of these fairly vast outward-looking things, I suppose. But recently, it’s just been like, things that are a lot more personal. Like the things a teenager would write in their workbook or do pictures of on their bag just because you are just into it. It made me feel a lot better because it made me feel like I was just doing it for myself and not being aware that I was speaking to a broad audience. It was just like my personal bag, that I was writing something I was into, like Agnes Martin, the abstract artist, or like Yukio Mishima, a Japanese novelist with a crazy story, a crazy fucking story! And fig season, like how fig season just pops off, or something. Just life! And, um, running… Running is a big thing, yoga, and just music. Just listening to lots of music. I’ve been listening to UK garage and Jungle and New Order. I really like Adrianne Lenker, that album she put out… and heaps of music. 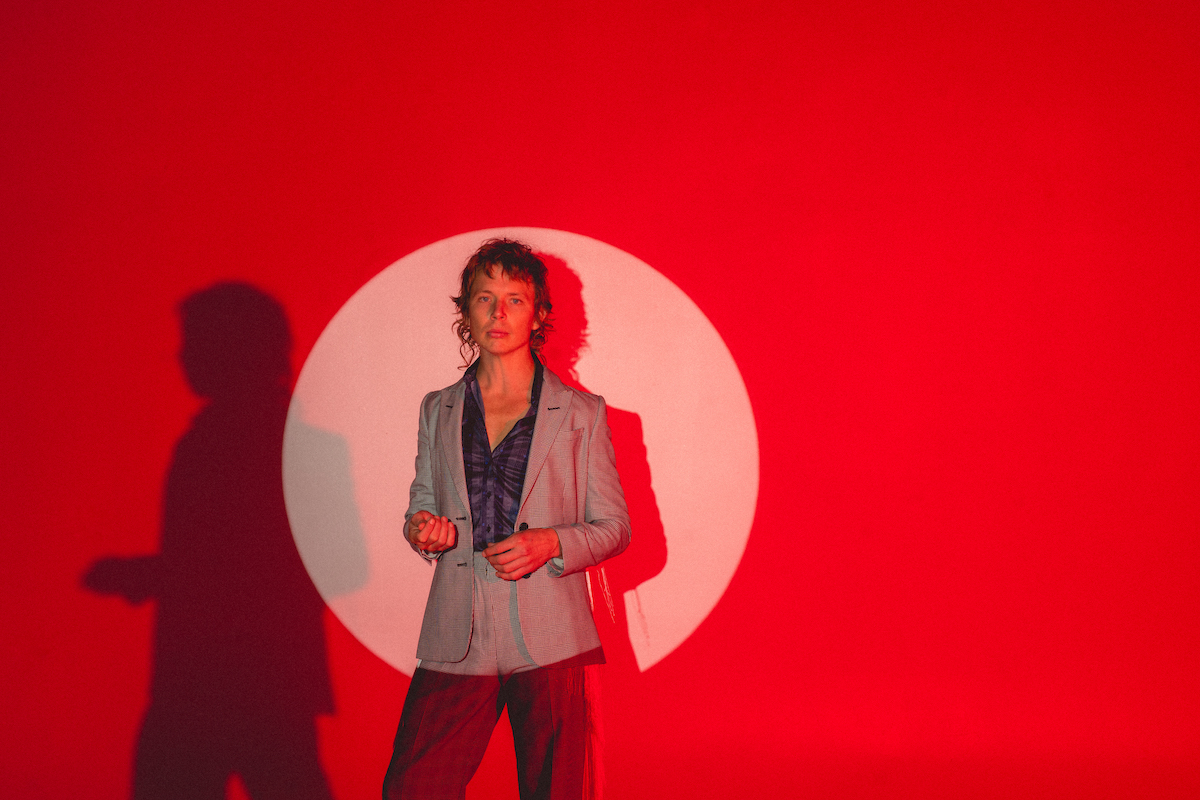 Pond has a euphoric, futuristic tone that alludes to various emotions, depending on the track. The different styles often create perspectives or versions of characters, but when do you feel the most authentically yourself?

Um, I think just hanging out with my girlfriend, away from the city, away from phones… like mirrors and reflections and metal and glass and stuff. In the heat, yeah. Like last year, me and her and two of our friends stayed in a really remote regional part of the Western Australian coastline, where there’s literally fuck-all of anything for miles. We stayed there for two weeks and became like feral, salt-encrusted sea beasts. I just felt so much myself, I didn’t even realize I felt myself until I went back to civilization. Like, oh my god! All these emotions and fears and future and past and instead of being in the sort-of flow… yeah! I think that’s the state where I feel myself.

I like to ask, in broad terms, is there anything else you’d like to say in anticipation of this music or anything you want out in the world?

I’d say that the Fitzroy River in the northwest of Australia, in the Kimberley region, is of worldwide heritage value and should be put on the significant cultural landscapes listing and they shouldn’t be allowed to drain water from it for expanded agriculture.