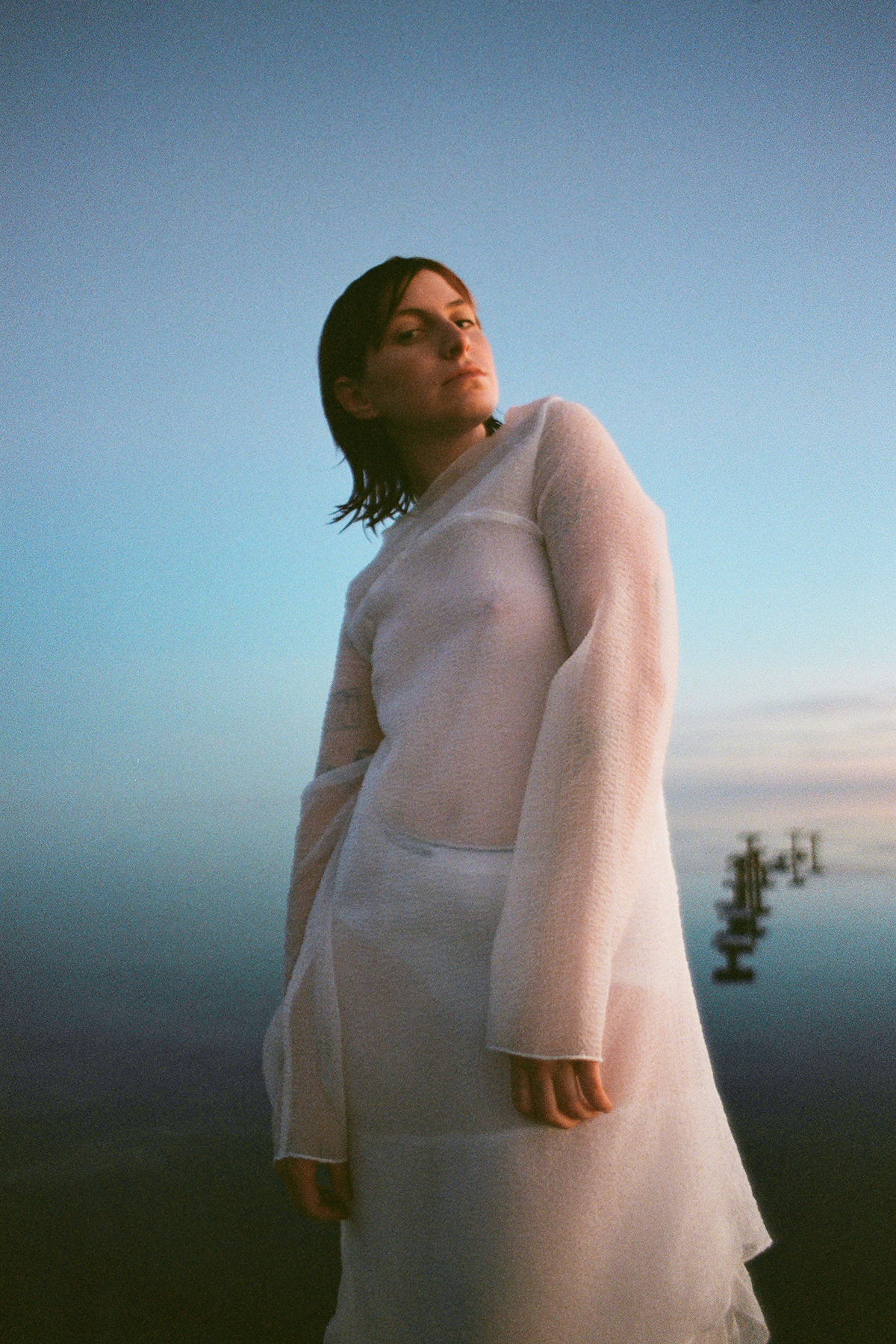 Jilian Medford, aka IAN SWEET, released her third album, Show Me How You Disappear.  Brave and articulate, restless and rewarding, intensely honest and immersive, the record is an undeniable result of hard work. Genuine, uncomfortable, break-yourself-open hard work. In its entirety, the album is a dreamlike declaration of process and resolution; to push through to the other side, you have to take all the steps. There are no shortcuts here.

The layers and intricacies both lyrically and sonically reflect Jilian’s introspective exploration over the course of several years, overcoming severe anxieties and a loop of destructive thoughts after a two-month intensive outpatient program. Her transparency confirms the ownership she has over herself and this chapter of her life, you can clearly hear it in the music. Each song fully surrounds you, hugging you and shaking you awake at the same time.

In this exclusive Q&A with Teeth Magazine, Jilian Medford dives into influence, anxieties, and finding the light. 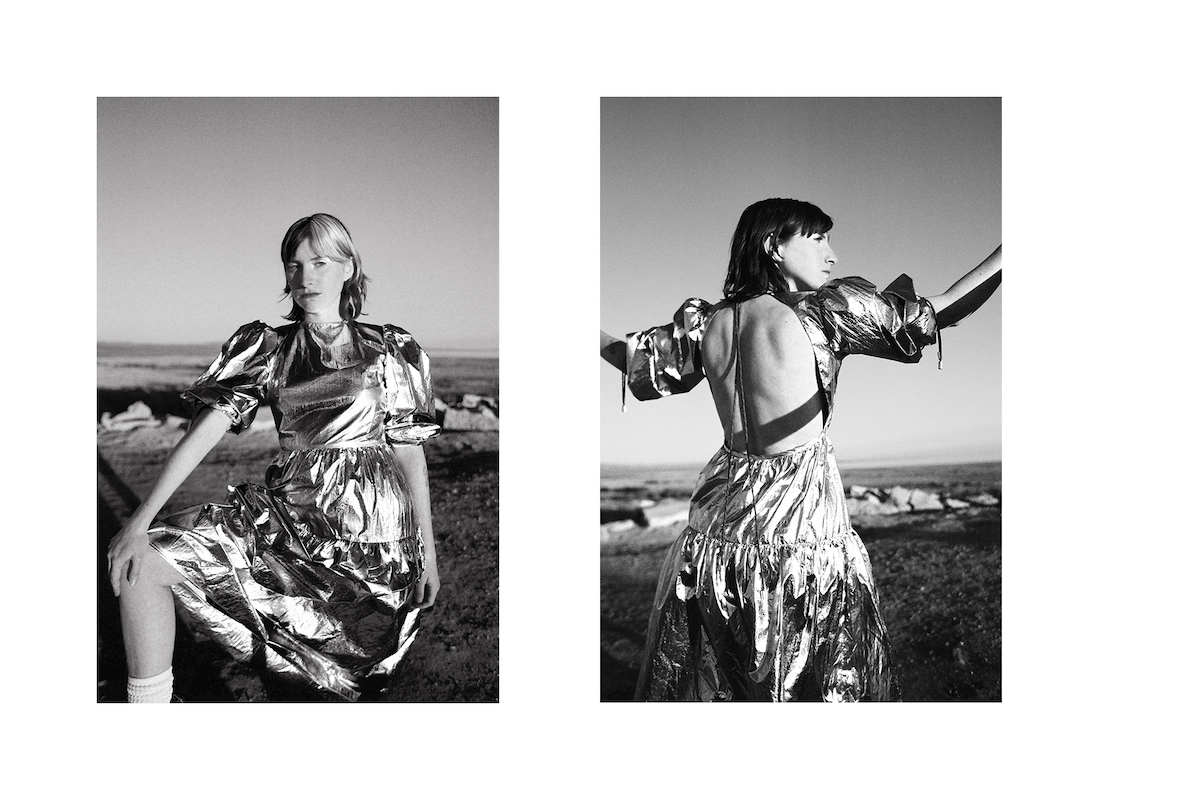 When do you feel most alive?

When I’m with my dog, on a hike, or on stage. It’s been difficult to not be on stage for a whole year!

They say thinking is the best way to travel, where are you mentally right now?

I’m in a million different places all at once. I often find myself travelling to the past but I’m trying to stay present these days.

What’s your airport/airplane soundtrack or playlist?

Oof. Ok, I hate flying. I have huge panic attacks any time I’m about to fly, like even weeks leading up to the actual flight… I feel like I can only listen to really corny jazz music or something while in the airport or while taking off – it’s the only thing that doesn’t stress me out.  Once the flight is up in the air I can calm down a bit and bump something good – maybe some Bjork, Brian Eno, Young Thug.

Show Me How You Disappear is your third album… It’s an honest triumph and feels like a fully-informed result of a lot of work.  How did you find this album’s unique sound? Did the process differ from your previous albums?  Was there a moment where you felt everything connect?

Everything about this record is different for me. I was doing some deep, deep reflecting while writing the songs and they came from the most honest place because of that. I was doing some intensive therapy while writing these songs so I was processing and writing everything in real-time. Usually, when writing a record I am reflecting back on things or emotions but this time it was all happening at once. It was a bit overwhelming at times but I felt so proud telling my story as I was learning more about it and processing it. 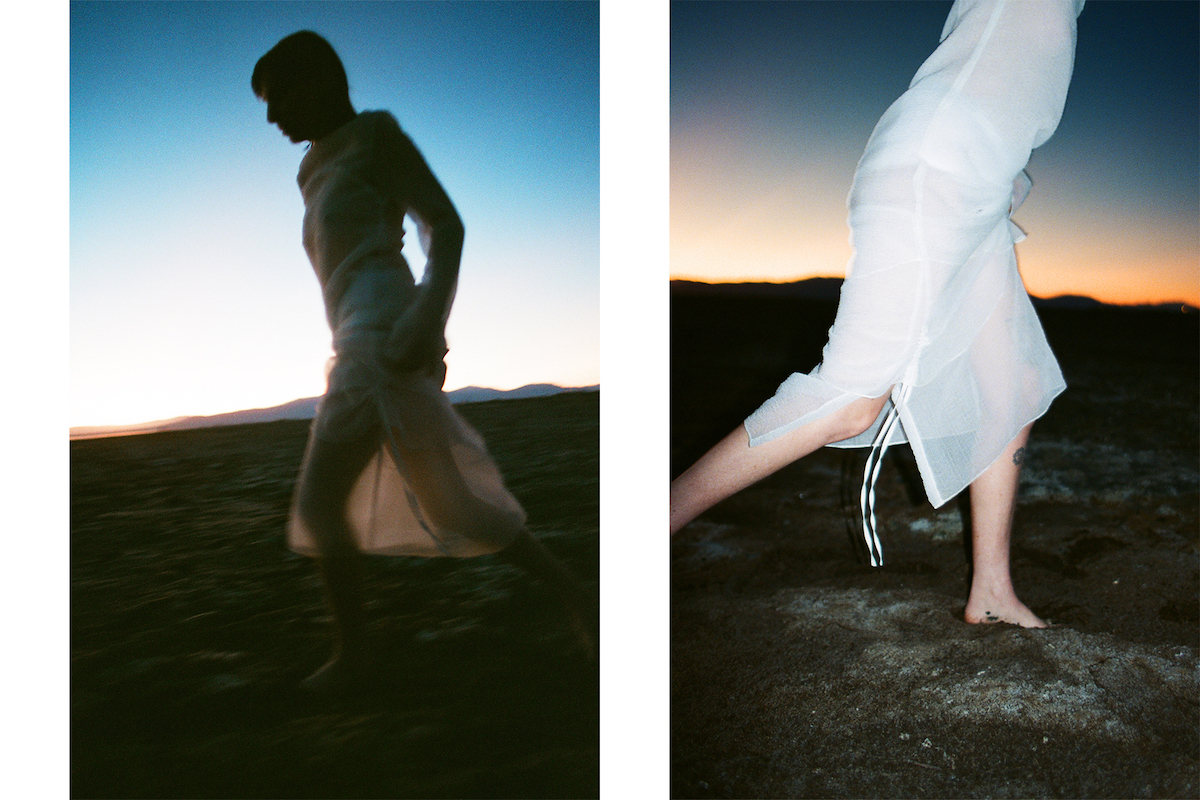 What would be the ideal place, time, circumstance for someone to listen to this album?

I definitely think either driving or being parked in a desolate parking lot at dusk post-breakup would be the best way to listen to it!

What do you love most in life?

Where do you feel most at home?

Is there a story with the album art?  It seems to represent the album perfectly

I was really in love with the artist Elfffy’s work and I reached out to them on Instagram, sent them the album, they listened and ran with that piece. I love it so much!! I see new things every time I look at it. 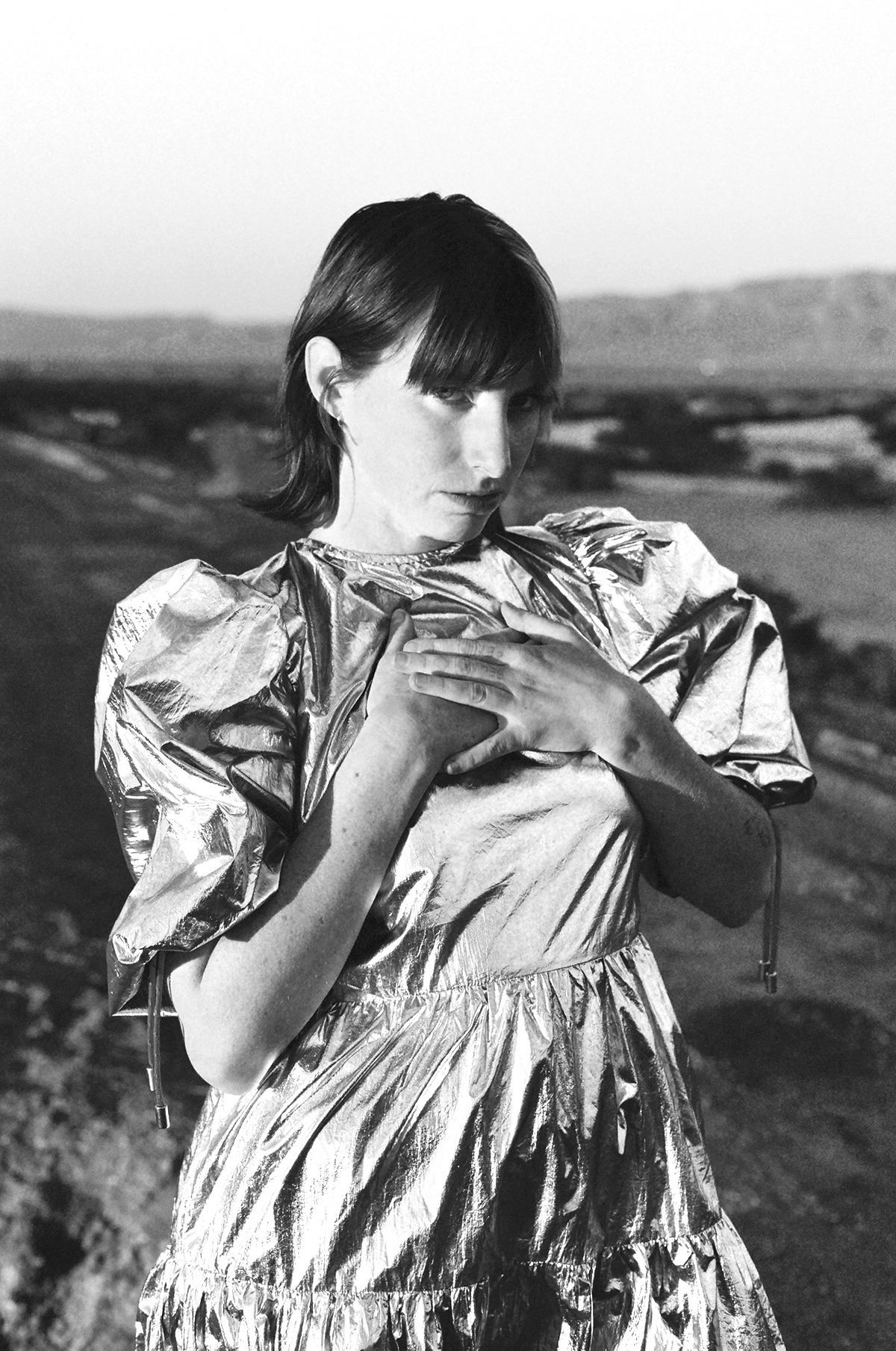 What movies, music, art, books, or moments have had the greatest influence on you? Whether subconsciously from childhood or now.

Clarice Lispector’s writing is a big influence on me. I was reading The Passion According to G.H. while I was making the record, and in the book, she has an existential crisis after she kills a cockroach. The entire book is her mind swirling around that one moment. It made me think so much about how I also hyperfocus on things and turn myself inside out thinking about them.

Coldplay has always been one of the biggest influences on me. Parachutes was the first CD I rented from the library at my middle school and I fell deeply in love. I’ve been a die-hard fan ever since and never wavered! No matter how much people want to make fun of them! The way Chris Martin performs and gives his all to every performance leaves you feeling lifted to another dimension. That’s what I strive to do, I’ve seen them live 5 times!

A moment in time that continues to inspire me is the memory of my Popi (my grandpa) when we came up with our own language that we would speak to each other any time we spoke. He would call me on the phone and start saying gibberish words and I would talk back in that same gibberish, understanding each other’s every word. My Popi taught me better than anyone how to embrace life and see light in everything. He passed away about 2 years ago and that was extremely difficult for me and continues to be difficult, but when thinking back on the memories with him I am filled with beaming light. 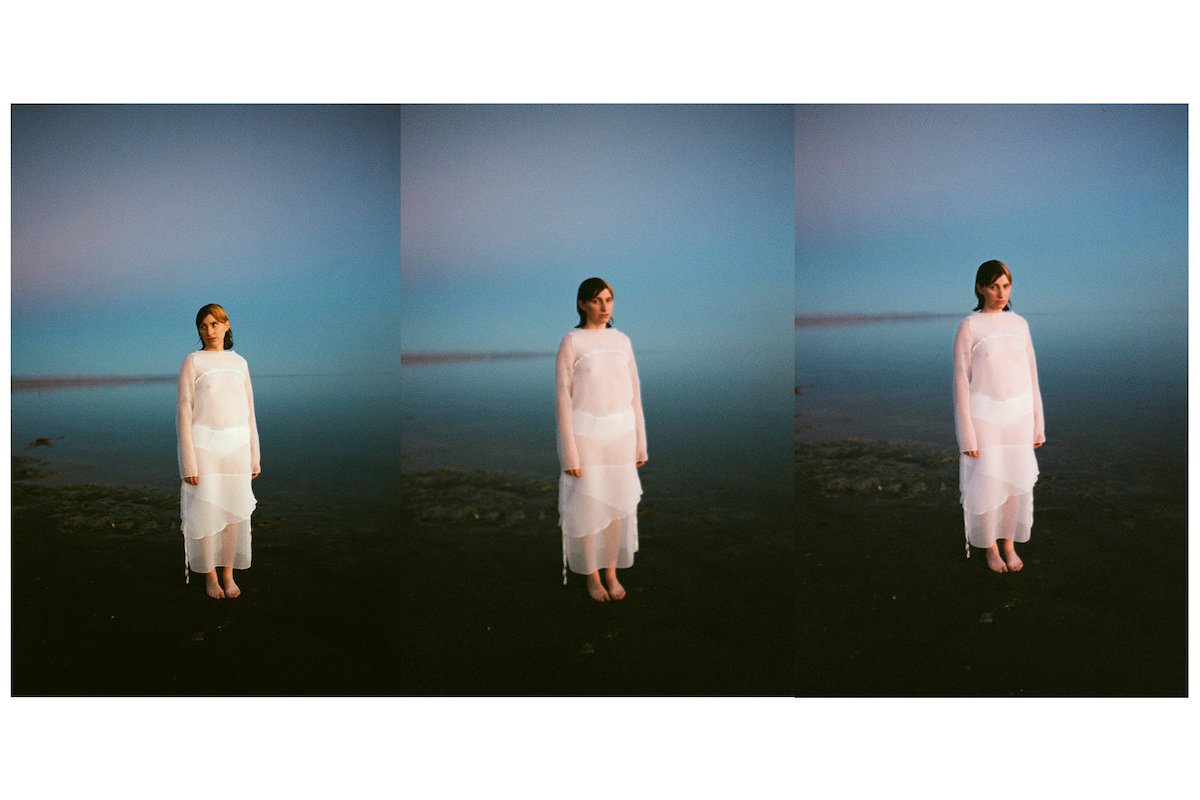 About the last song on the album, “I See Everything” – how did you get to that point?

“I See Everything” was the last song written for the record. I wrote it at the very beginning of the pandemic after I had left my intensive therapy program. I felt more alive and clear-headed than ever before. It had been such a long time since I had even just laughed or smiled because I had been in so much pain. I see everything came through in a moment of clarity after putting so much work into helping myself through a dark period – it’s the light at the end of the tunnel for this record – a whole listen through to get to that point I think is really important for the listener.

Show Me How You Disappear so evidently comes from a place of care and collaboration. It’s highly recommended you listen to it in completion, in order, from start to finish.


IAN SWEET · Show Me How You Disappear