Elias Rønnenfelt and the myth-making of Iceage

“I’ve always loved the botanical garden here in Copenhagen,” Elias Rønnenfelt of Iceage tells me, cigarette in hand, on a recent Zoom call. “Ever since I was a teenager I’ve had a lot of moments take place there– whether we were stealing opium seeds to failingly make a tea out of, or meeting people in the great big old glasshouse from the 1930s with a spiral staircase that takes you walking next to the crowns of trees.”

The anecdote, the cigarette, his piercing blue eyes – it all feels almost too on the nose with the mythos of Iceage, and of Rønnenfelt himself, that Americans like myself find so enthralling. Rønnenfelt carries with him a larger than life mystique– one of travelling around Europe playing rowdy shows, cavorting with socialites in the States, and being perhaps the last vestige of the rock & roll “it boy” we have left. 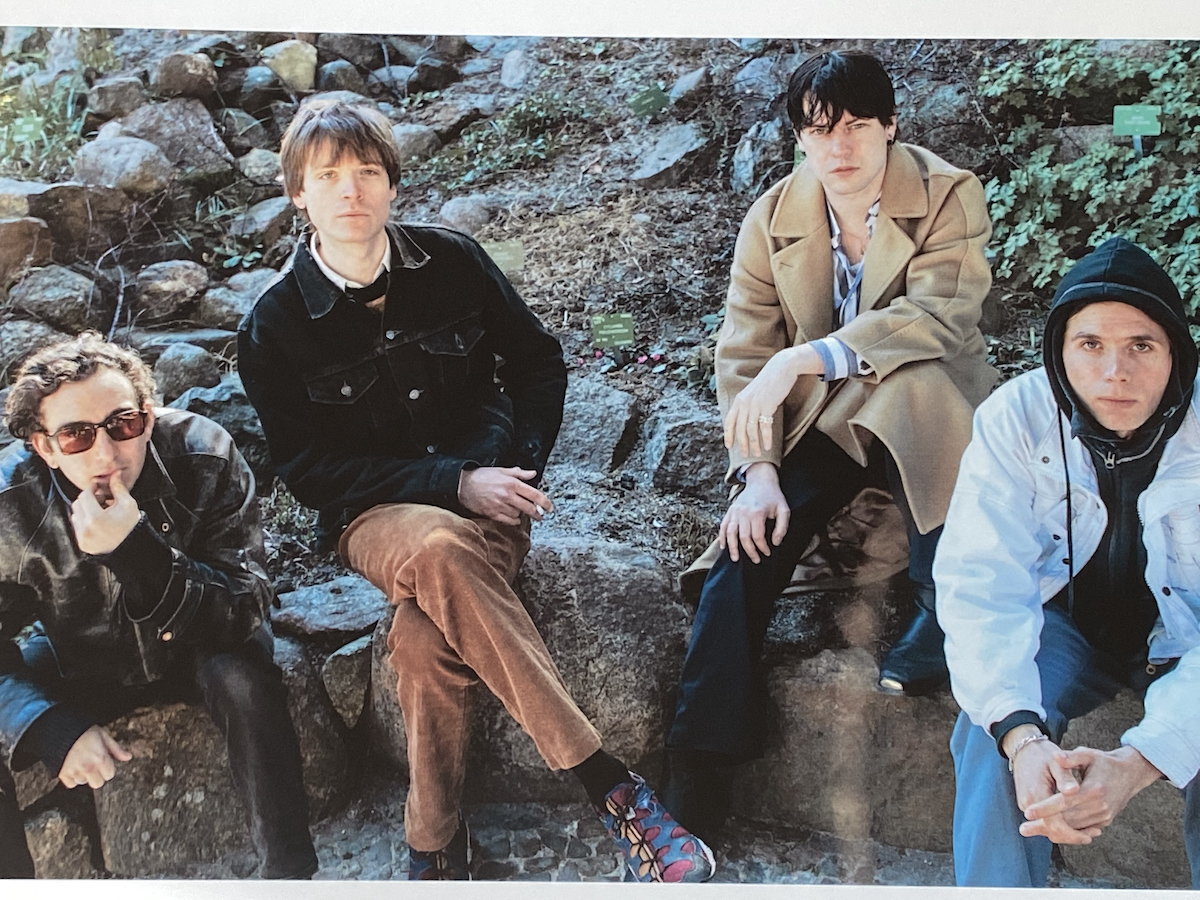 An aura such as that which shrouds Rønnenfelt and Iceage, of course, does not come by accident. During our interview, Rønnenfelt chose his words selectively and intentionally. Questions that were not of interest were danced around or ignored entirely. Rønnenfelt’s self-seriousness and savvy understanding of self-presentation extend beyond the myth-making and aesthetics of Iceage, but into the music as well. As he tells me about the band’s first time working with an outside producer on their new record Seek Shelter, “you spend so much of your time bleeding out the songs and lyrics and only have one shot of doing it justice. Every time you go into the studio I feel like there’s a risk of failure, of not quite getting there. It should be that way, there should always be something at stake. Bringing in strangers felt like such a massive risk.” 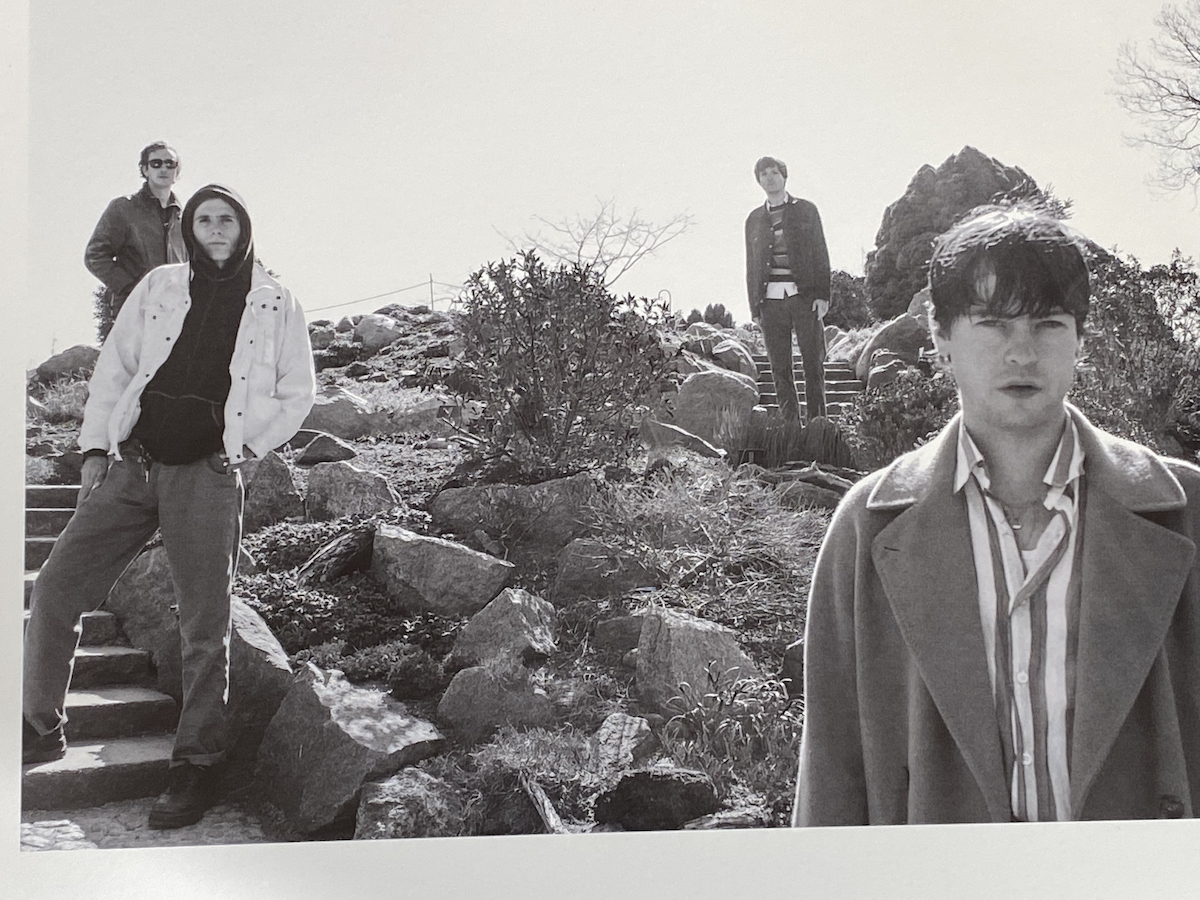 What sets Iceage apart from the pack of bands in the orbit of high fashion is Rønnenfelt’s devout commitment to his craft. Iceage would still be popular if their music was only good, or even just okay. And yet, their music is great – they are perhaps the most exciting contemporary rock band. Seek Shelter contains the two core elements of any Iceage record– heavy stylisation and stressfully high intensity. The stakes are always high in the Iceage universe and Seek Shelter is no exception.

On “Drink Rain,” a highlight, if anomaly, of the record – Rønnenfelt tells a fictitious, Nabokovian story about a man who has gone mad over his lust for a woman. As he tells me, “Drink Rain” is “about an opaque, perverse person who drinks out of rain puddles, due to some insane logic that they will be closer to their lover that way.” On “Love Kills Slowly,” a song whose bleakness evokes the barren tundra of the band’s monicker, Rønnenfelt bemoans, “Love kills us / Time and time again / Circumcisions to our skin / Your lips / Sent into the eclipse / Through your shadows onto our nebula.” 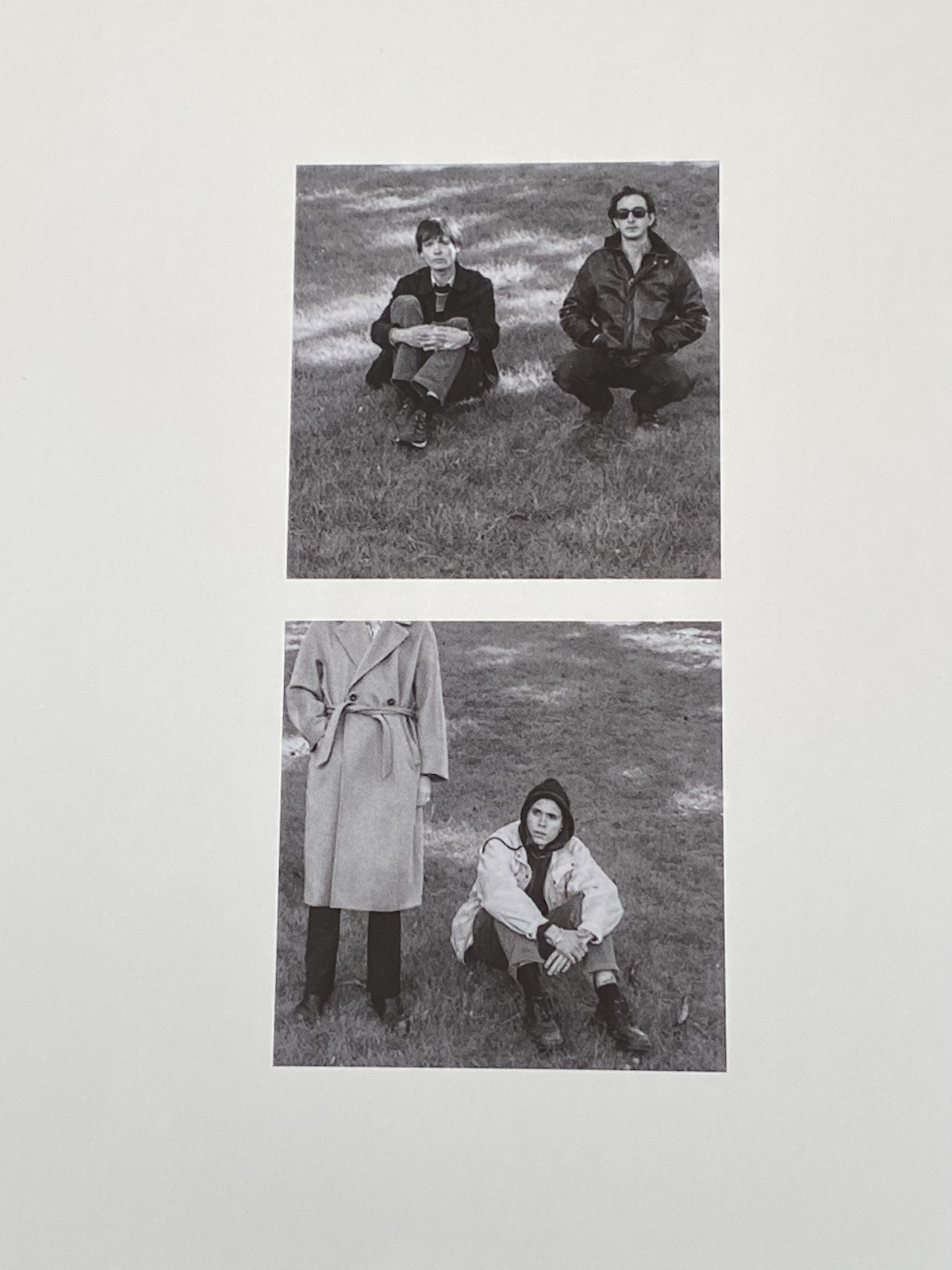 Seek Shelter is, in some ways, a departure from some of the band’s distinctive trademarks. Namely, the gnarly grittiness often used in production has been replaced by a cleaner, crisper sound. As such, the album makes for a thrilling listen– Rønnenfelt’s ability to incorporate new and grandiose ideas into the record is inspired.

Again, this is much in part due to Seek Shelter being the band’s first collaborative effort with an outside producer. On working with producer Sonic Boom, Rønnenfelt tells me, “he said in an interview that he wanted to work with us and that it would be basically free. We’re huge fans of him, and it seemed like the kind of direction the songwriting was taking. It made sense to bring in a guy like him, and we prayed to God he wouldn’t be some kind of bastard we were in great disagreement with. That wasn’t the case, we got along famously.” 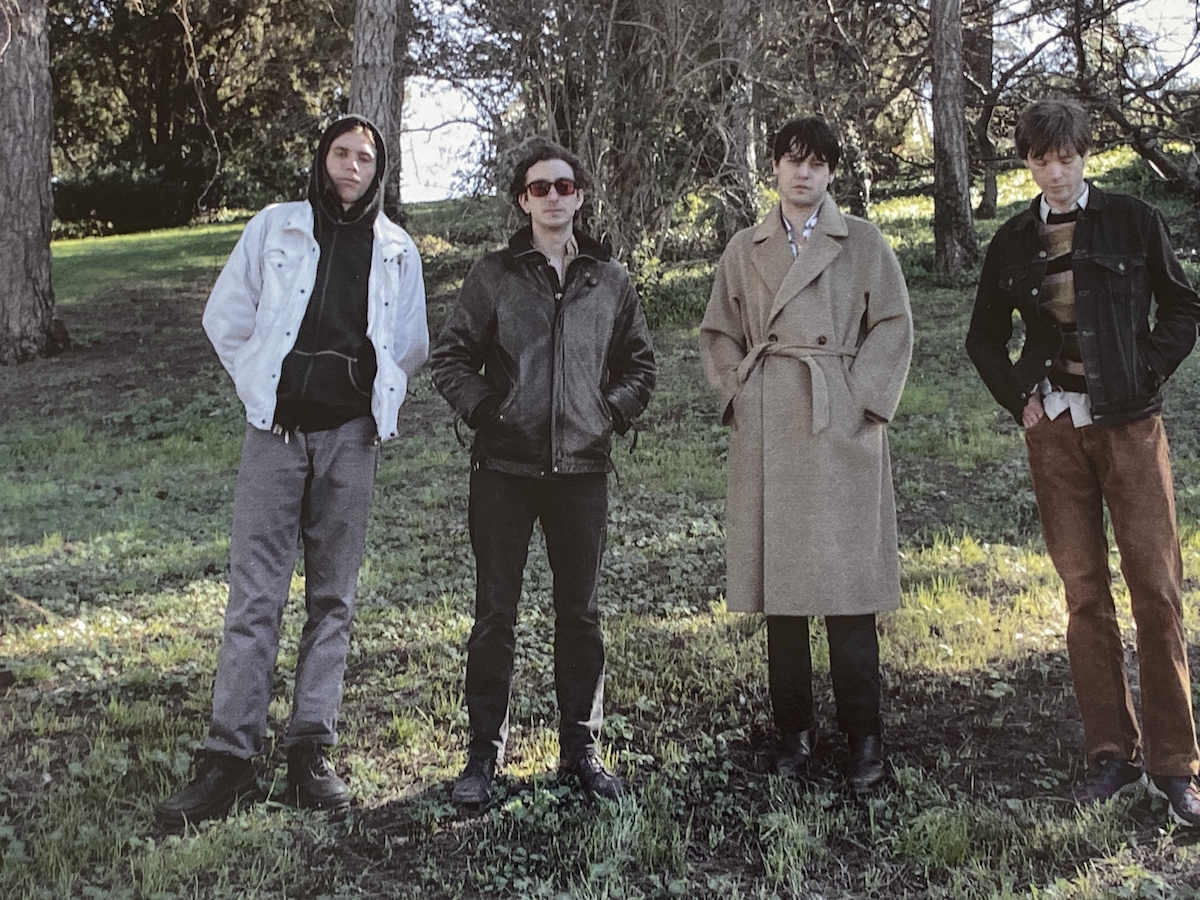 Similarly, the album’s lyrical content charts newfound ground. Lyrics draw upon cuttingly personal, painful, and confusing memories. Rønnenfelt simultaneously wails out confessions with grave urgency and collectedly recalls moments of true despair. On the album’s closing song, “The Holding Hand,” Rønnenfelt creates a heartbreaking portrait of a relationship on the outs, “‘O limp wristed god, limp wristed god / Don’t you know I’m not at a fault in your weakened arms / Sent off at a breathless pace / Softened come the fall from grace.”

As per any Iceage record, Seek Shelter’s lyrical content is as transporting as it is upsetting. When asked what the experience of playing these songs live will be like for him, Rønnenfelt tells me, “well, sometimes it’s a transcending experience when you realise you’ve come further, you know? A song can be written from a moment or a situation that you didn’t know how to get out of, and suddenly you find that life has done its further down the road-ings, and you suddenly stand on the other side of this barrier, and you brace yourself, grateful that you were able to get to that place.” 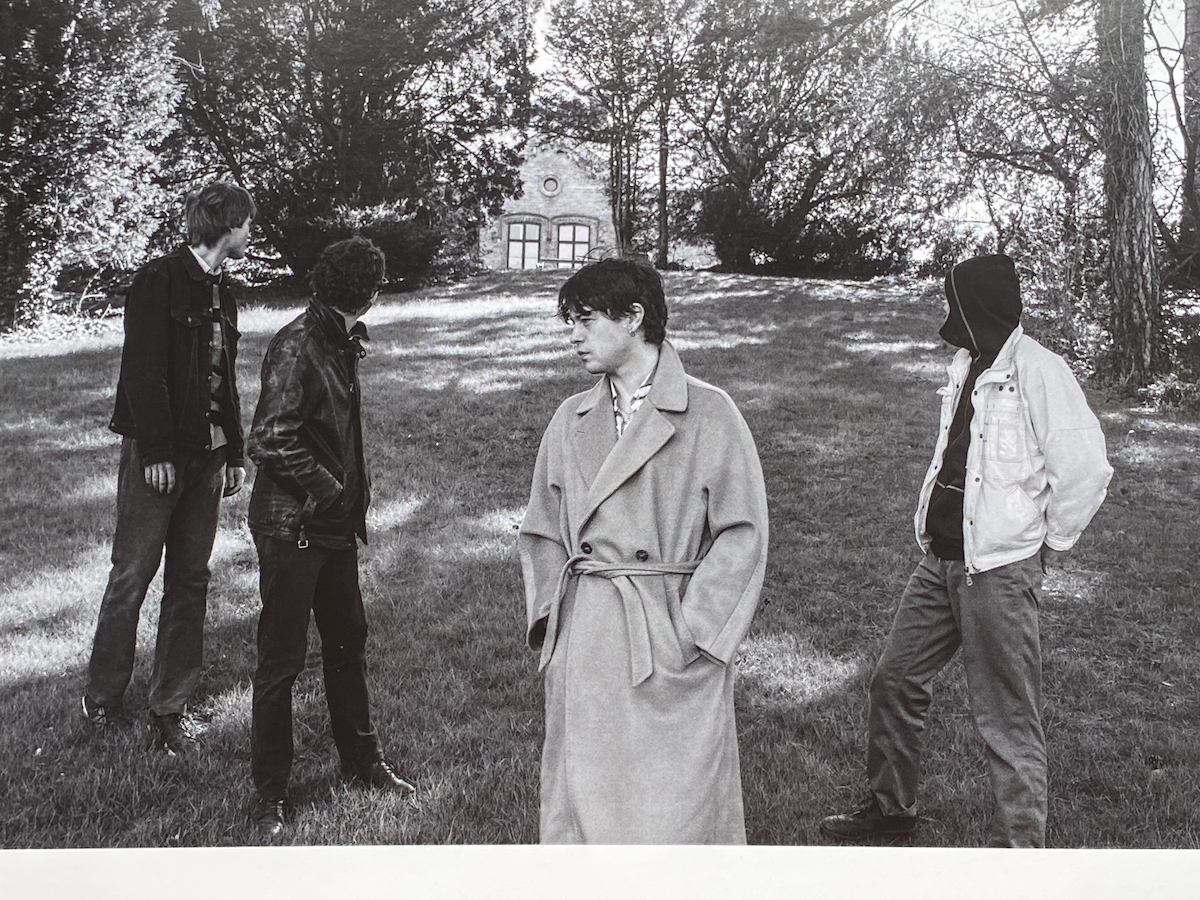 Seek Shelter is a mature step forward for Iceage. Rønnenfelt lets us in a little more with each record, and yet his mystique is, at this point, impenetrable. Rønnenfelt appears to have come up from the rubble, so to speak, and his lucid reporting of personal chaos feels truly revelatory.

You can stream Seek Shelter in its entirety below and stay up-to-date with Iceage via Instagram.