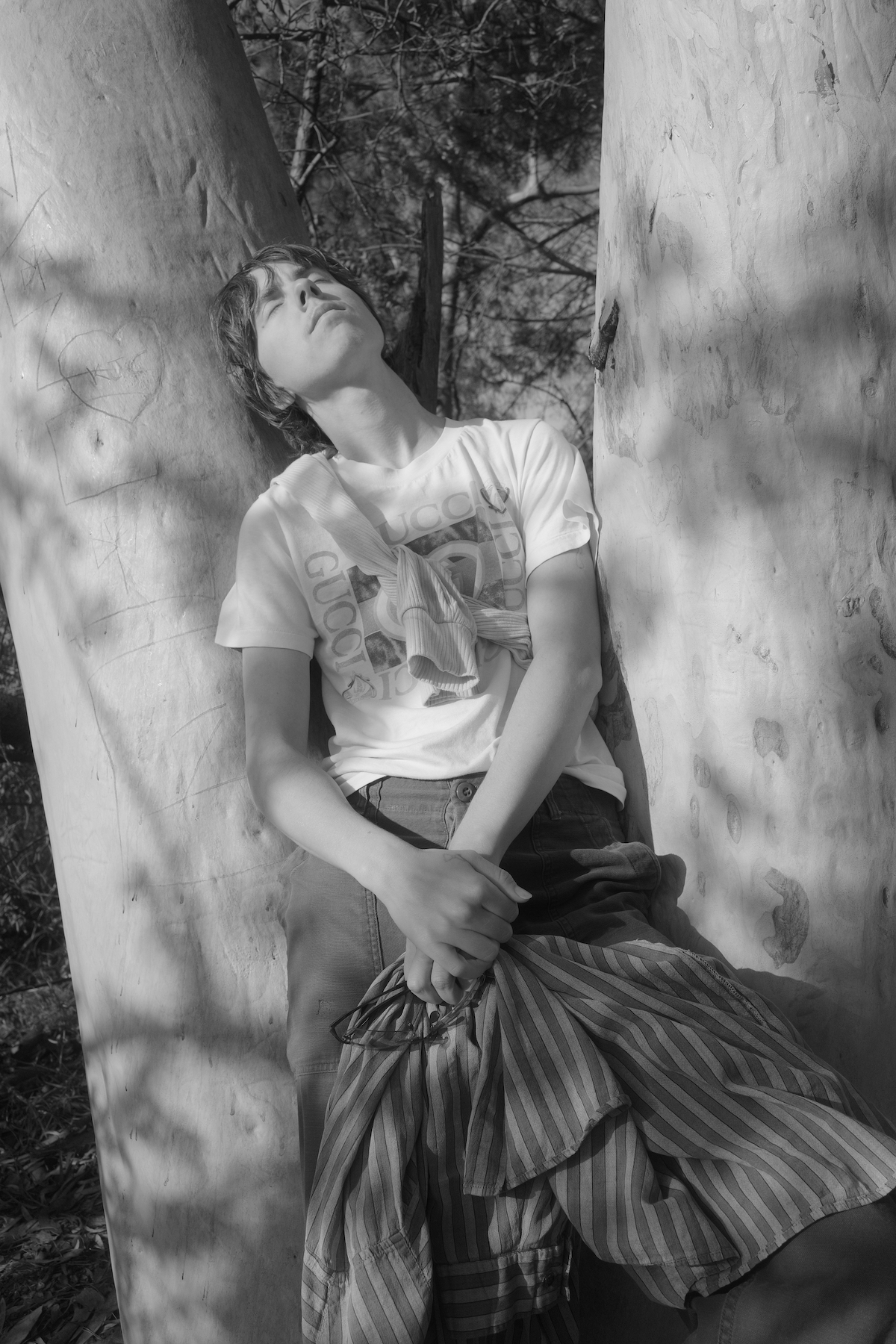 I was walking uphill with Meg when we met to take their photos for this Teeth feature. We started talking and we were both out of breath pretty early on. Trying to walk the walk and talk the talk, despite the cardio workout part of it, and continuing to converse felt inexorable.

Hand Habits new record Fun House which was just released last week hits the same way. At times it feels physically impossible to stop listening, as the lyrics are heightening your senses. Not always easy to digest, but the unmatched honesty and Meg Duffy’s tranquilizing vocals keep you wanting more. You’ll find yourself listening to it again and again. I think I heard “Aquamarine” about a hundred times this week, and it doesn’t get old. Hand Habits Fun House chronologically grips you with a sensation of a déjà vu, that attractive strange feeling of familiarity, like you’ve heard this tune before, whether in a past life, next life, or somewhere in between only to be gratified with that element of surprise that confirms you did just hear it for the first time. 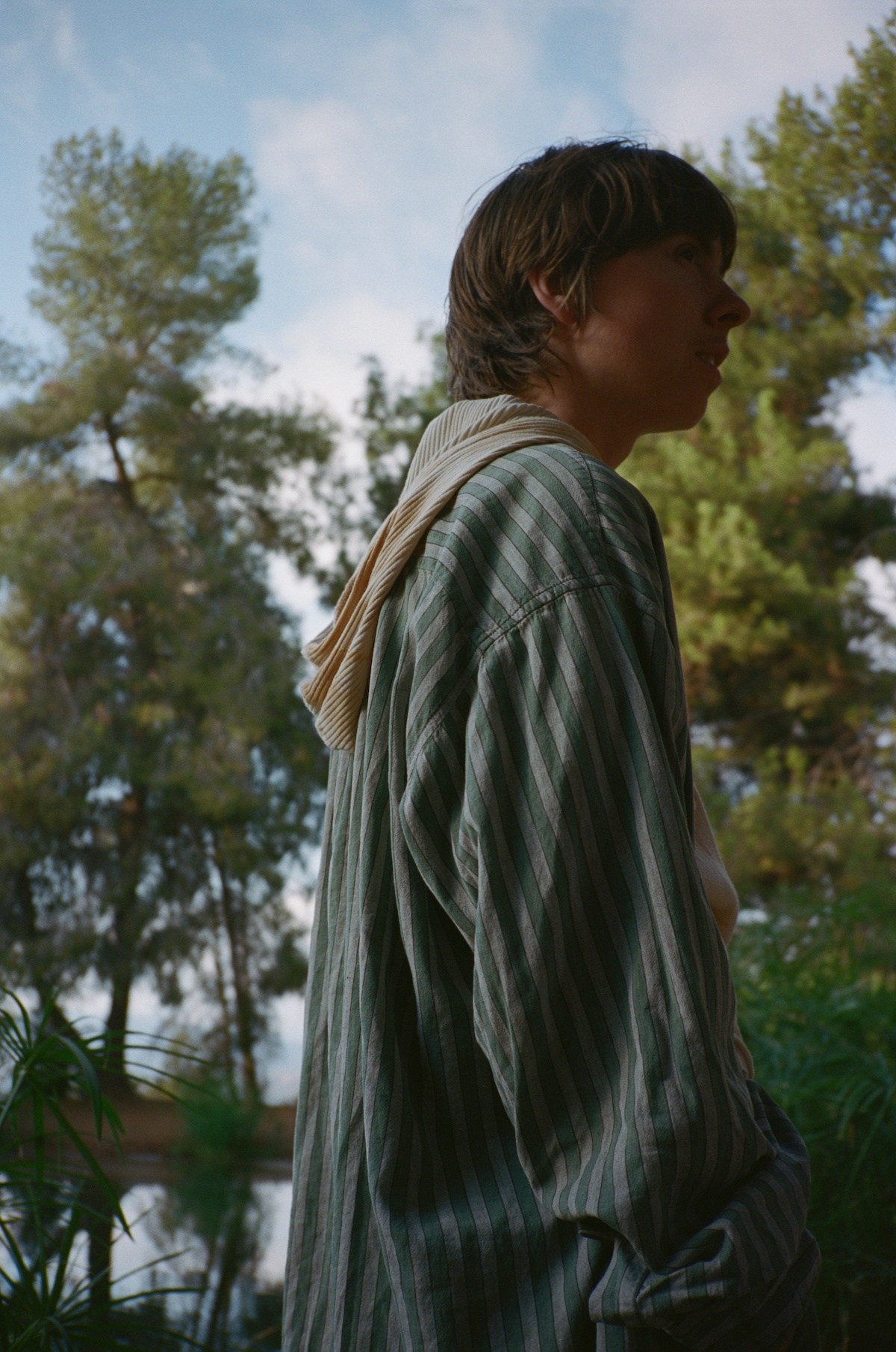 Your new record Fun House is somewhat distinctively different from the last, and the music that came before that. You sound even more empowered and empowering. For me, observing you on this record feels very soothing, sometimes paradoxically to the lyrics or the tune, you deliver an indestructible message that the listener can definitely identify with, and would want to, the stamina to endure pain, process it, and move on. It makes me think of personal growth, did this record come from that kind of perspective for you?

Yes absolutely. I had a lot of time to sit and process and it was an intentional decision to contrast some of the darker lyrics with uplifting sonic environments.

You found crucial personal and musical connections with Fun House producer Sasami and Kyle Thomas as the engineer. Do collaborations like this happen organically or how do you seek out the right partners for projects like this?

This specific collaboration happened very organically. I had moved into the downstairs of where Kyle and Sasami live. I had heard them working on music through the floors in Kyle’s studio, and it just seemed to make sense especially given the time we recorded when in-person sessions were not an option elsewhere. With other collaborations, I think it’s more of an intuitive leap. I like to put myself in situations creatively where I’m uncomfortable because I’m interested in what can come out of that tension, out of the unknown.

So far from the tracks that have been released, “Aquamarine” really stands out, it’s almost like it has a different temperature than the others, and it echoes in your head hours after you’ve heard it. What’s the background of this song coming together? And how was the experience of shooting the video for it?

I’m happy to hear it’s echoing! The song came together in a rather exciting way – initially, it was a more sparse arrangement, with acoustic guitar and a little bit of slide. The electronic elements were suggested by Sasami, as well as the faster tempo. I was at first hesitant but on the 3rd listen to her demo, something shifted and it felt very fresh and exciting and unlike anything I’d ever really heard, especially since we kept some of the acoustic guitars and added marimba. Textually I love the world we created.

The video, as with all of the other Fun House videos, was pitched and directed by V Haddad. She and Adam Gundersheimer had this idea and dream to make a one-shot video with no edits. It was high adrenaline and we didn’t have any crew, and V and Adam, and I cleaned out my aunt’s bar that had shut down during COVID to film. When the bar was all set we all rehearsed the song a few times and I think ended up keeping the 3rd or 4th take – all of us running around and setting each scene up at the start of every take. It was thrilling and exhausting and really emotional to try on all these different characters of myself. V had me make a list of identities I felt comfortable occupying and we used that as inspiration for what outfits I would be trying on. I feel really free and encouraged working with V as a director and this video specifically, I surprised myself with the depth of what I had access to emotionally. 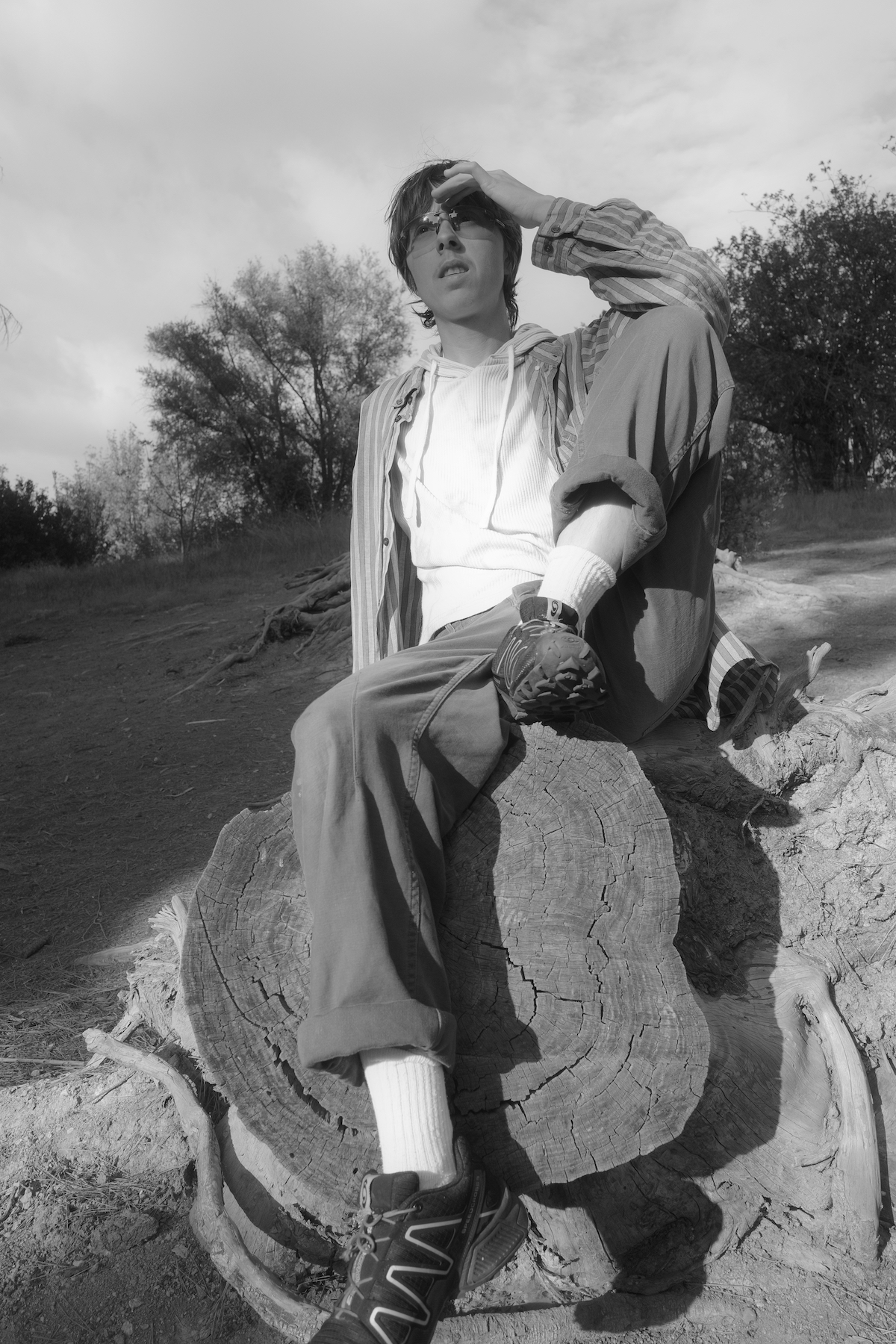 You have a show coming up at the Pico-Union Project in Los Angeles on October 27th, how do you approach live performance and shows? Is it part of the process of creating or more of an extension of the end result, as the album?

I love rehearsing, even though sometimes I dread it. I totally see live shows as an extension of creativity and have been known to change the feel of songs, change the key, leave room for improvisation, etc. I like the tension and mystery. With this show specifically, I’m going to have a big band of 6 people as opposed to a trio that I’ve toured with the most in the past. I’m looking forward to spreading these arrangements out like that and hearing what spirit everyone brings to the songs.

Do you ever write lyrics or music while on tour? If you do, do you feel the difference between what you wrote on the road to what you wrote in a more fixed situation? And which one do you prefer?

I’m constantly gathering phrases, observations, feelings, thoughts, and conversations for lyric use later. It’s not a very linear process for me, and never really has been. I see it more as constant recycling. With Fun House, it was very different to be able to take way more time than I had ever taken to finish songs, to sit with them longer before going in to make them into a recording.

Agreeing that all music that’s written by anyone is considered personal, your sound is in a league of its own. Autobiographical without fuss and fillers, no hocus pocus, live emotions, and intuitive energy that I can only describe as a reflex. How comfortable or uneasy is it for you to lay open everything like that?

At this point, I think I’ve learned how to have energetic barriers but in the wake of Placeholder, I didn’t even realize how personal or vulnerable I was being until it came out. There is quite a bit of catharsis in laying certain things out though, and I think people as listeners can relate to that kind of expression because it’s relatable.

If there is ever a time that you’re not making music or thinking of music, what are some other creative outlets you’re interested in and explored, and how do you think that it has benefited your main focus–sound?

I’m interested in writing for the page, in a more experimental memoir type of way. I read a lot of fiction and was recently inspired by a collaborative memoir written by Bernadette Mayer and Lewis Warsh called ‘Piece of Cake’ and it’s mostly a document of their time living together and the mundane aspects of domestic life, but I found myself unable to put the book down. I’m not sure how it’s benefited the way I approach sound, but occasionally there will be long paragraphs describing an object or a memory or a feeling that open a lot of doors lyrically for me. 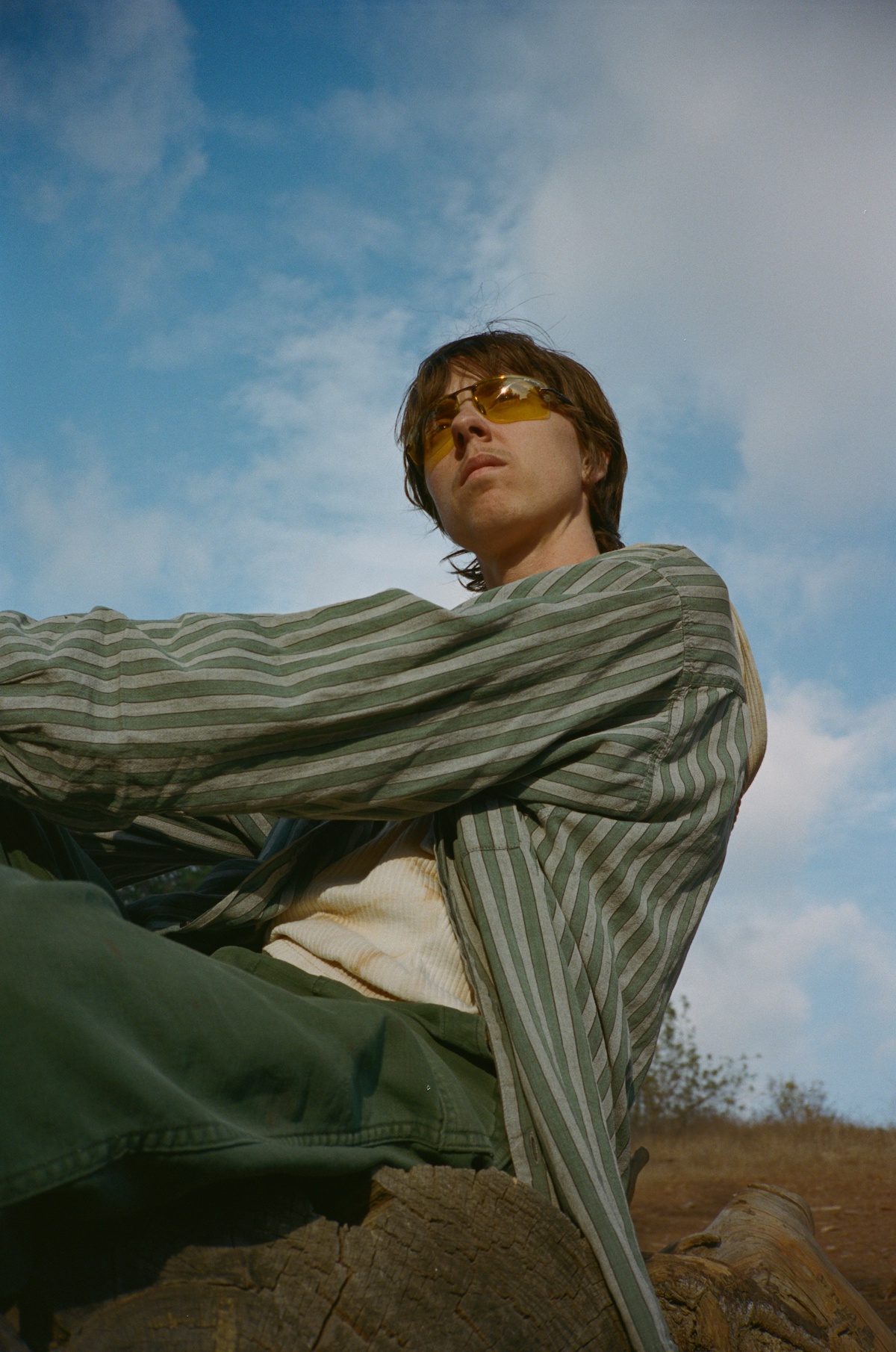 What is listening to music like for a trained professional musician, does the technical influence a lot of decisions and judgment, or is it still easy for you to tap into that virgin ear objectivity?

I spent a lot of time away from classical training and only studied for 2 years which comparatively is not as long as most of my peers. I always found myself gravitating to simplicity and have a hard time really emoting with music that feels as though the arrangement is bullying me.

Just like fashion, the music industry is built on trends. In between the disposable and the cheap thrills, classics will always have the space to exist and will survive most shifts. How do you move forward with that structure?

I have no idea!

You can also stream Fun House below: