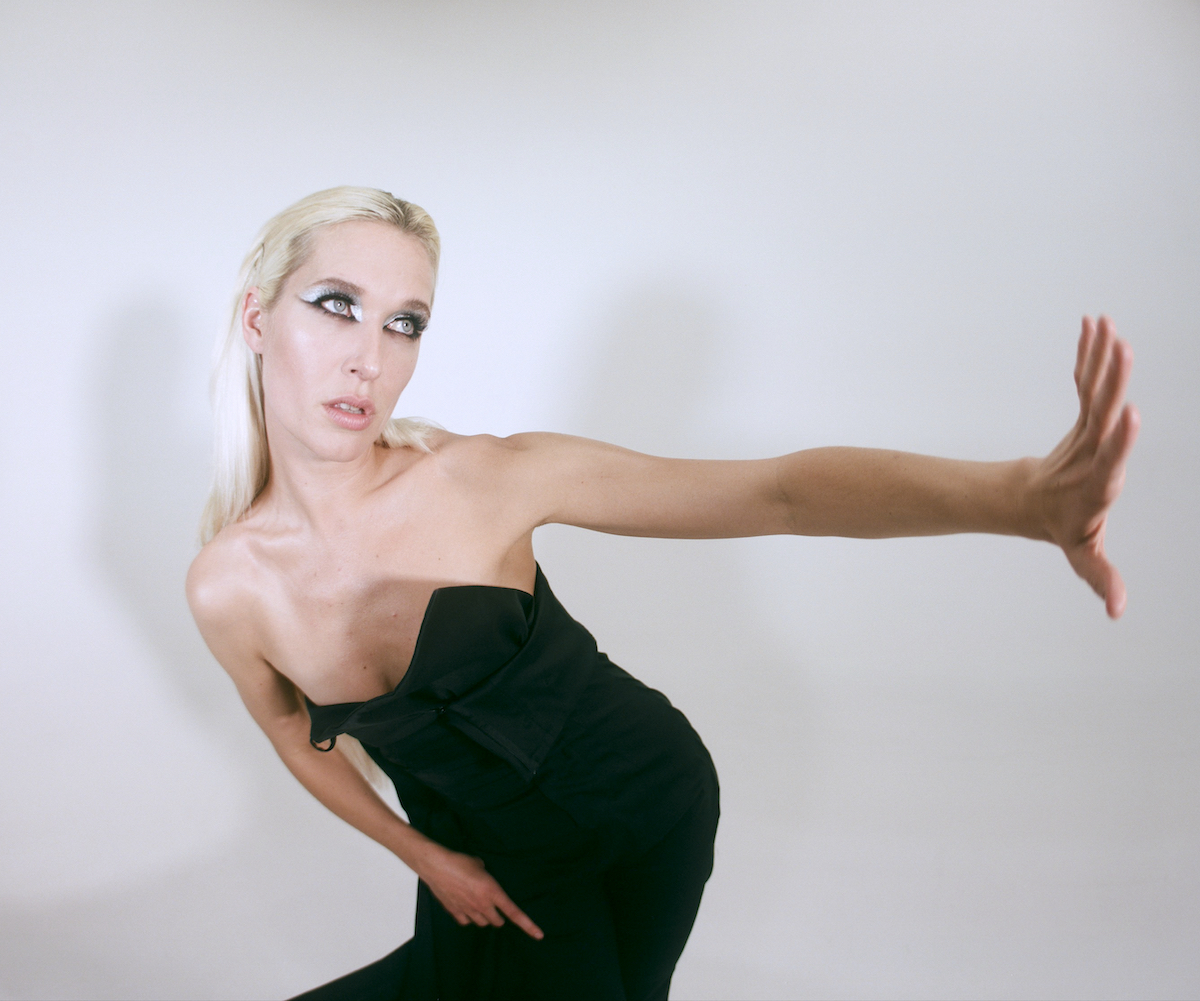 In many churches, particularly the more modern ones, you often hear the word “testimony.” It has become a crucial word in the Christian lexicon. The concept of sharing your “testimony,” or your journey with faith, has become a bedrock to many of these communities, and just as Jesus advised his followers to not build a house on top of sand, instead instructing them to choose a solid foundation, Christians now share their testimonies to create a steadfast bond with each other. Upon these stories, a tight-knit, unwavering community is built. Many of these stories of faith, told in public, feel fiercely private, like reading someone’s diary, but in that vulnerability, there is often beauty and transformation.

In Natalie Bergman’s debut album Mercy, out today, she releases her stunning testimony to the world. Written and produced alone in her Los Angeles home studio, the songs of Mercy act as the confessions of a woman, processing the recent loss of her father. With her father’s death, Bergman also found herself rehashing the painful memories of her mother’s passing, many years prior. “When you’ve lost both of your parents, you become untethered. Like you have no umbilical cord anymore,” she admits. In the depth of her grief, Bergman turned to God, saying she “truly had no choice other than surrendering to the Heavenly Father.” In that time, she was inspired to try a silent retreat at a monastery in the Southwestern United States to grow in her faith. The experience, difficult as it was, ultimately led to the creation of Mercy. 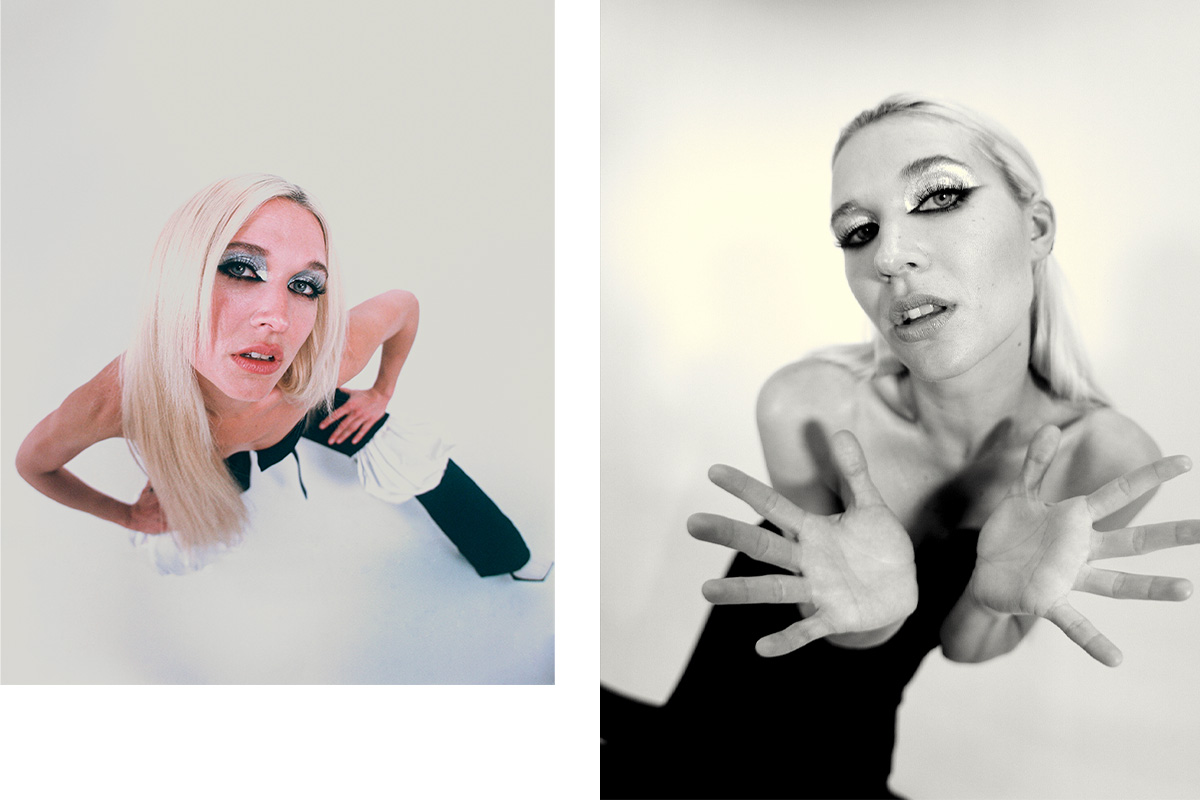 By her own admission, she “didn’t know if [she] was going to make it” after a few days of the retreat. At the monastery, Bergman lived in a bare cell. Armed with just a journal, Bible, desk and bed, she was forced to confront her pain in a way she never had before, stripped of nearly all possessions and distractions. The only distraction she was offered from her solitude was the mandated group prayers, scheduled 7 times per day; the first of which begins at 4:30 AM sharp. Each morning Bergman would wake up and walk to the Abbey “in the dark. The only thing that illuminates the path is the moon,” she says. As she explains her pre-dawn routine, walking in the dark to the Abbey, her words vaguely echo that of Psalm 23:4, “Even though I walk through the valley of the shadow of death, I will fear no evil for you are with me.”

But what started as a “harrowing experience” became one of the most transformative of her life. “There were so many questions that I had. And so many of my questions were answered,” she says. After she returned to Los Angeles, Bergman began loosely constructing the songs that would become Mercy, her first-ever solo record. 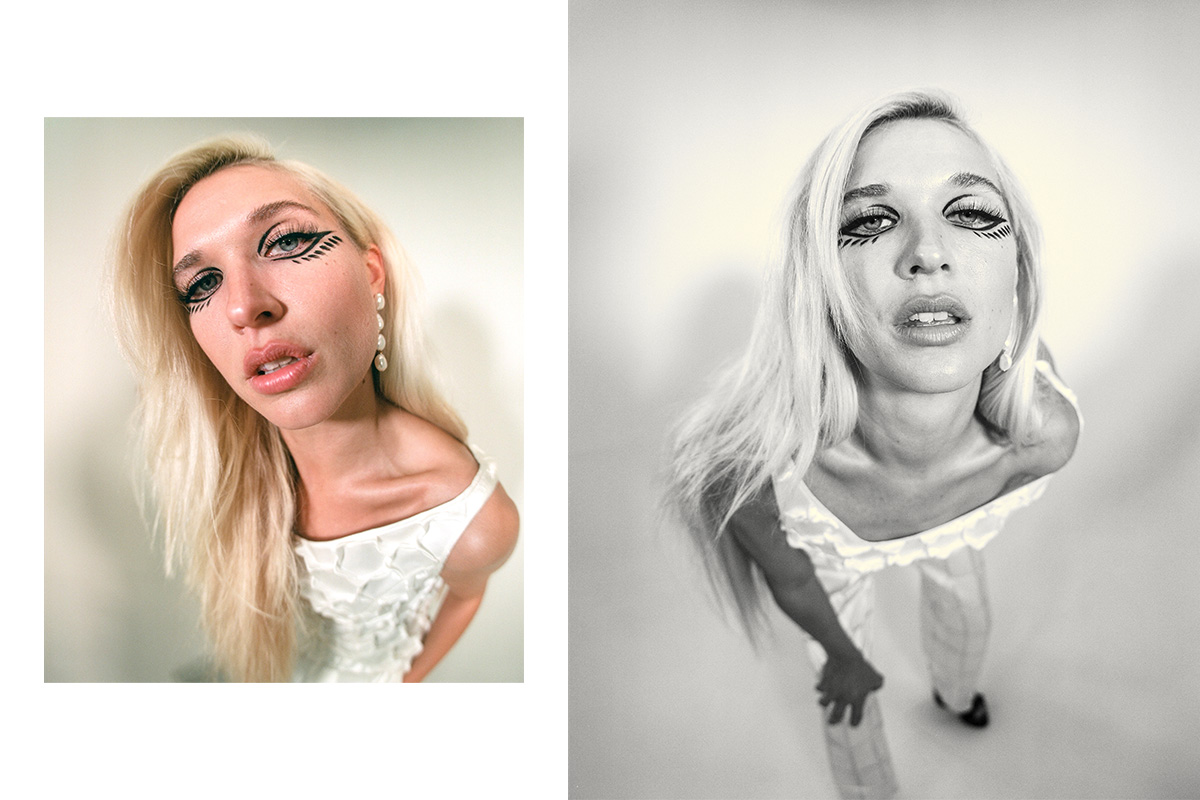 Over the last decade, Bergman was known as half of the popular brother-sister duo Wild Belle, an indie-pop group tinged with influences of reggae and soul. Though she had a steady and successful career in the duo, she understood that Mercy was an album that had to be forged alone. As she previously said, Bergman felt completely “untethered” when making this album.

Unlike her other works, Mercy started with Bergman just sitting on the floor and singing to an acoustic guitar. The process was primal: whatever she needed to say that day, she allowed an organic approach which led to some of the most exciting and beautiful works of her career, including “Home At Last,” the album’s midway point. In “Home At Last,” she speaks directly to her late father. “It’s really just a love song to him,” she explains. “To me, it’s the most important song on the album.” 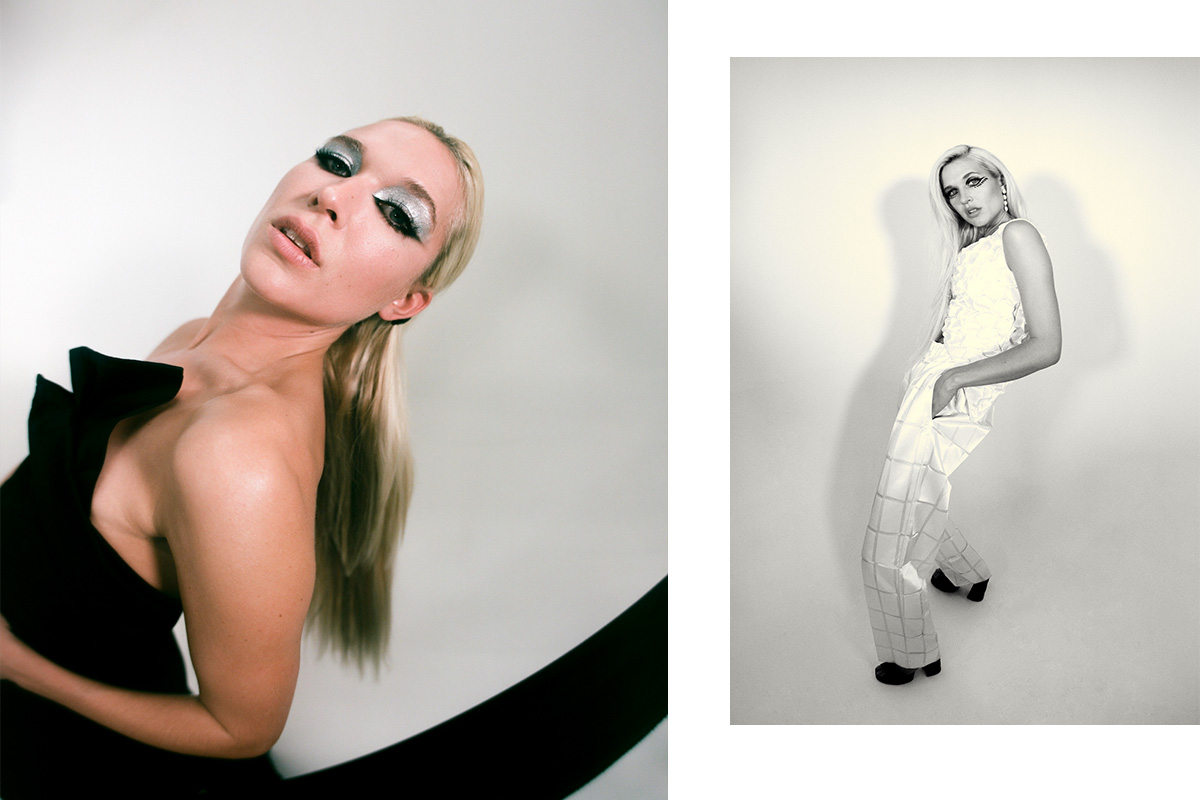 After writing many of the songs this way, as natural conversations over strummed guitar, she began to produce the record herself. In its final form, the record is neither folk nor gospel, but it features strong influences from both. Though its music (and its accompanying visuals) feel very retro, Mercy is Bergman’s own form of “Christian Contemporary Music,” the catch-all title for modern Christian music. CCM, however, tends to be formulaic and corny. Written to be sung collectively by large swaths of people, it is music constructed purely for the audience, and in the process, most CCM is prone to biblical cliches, simplistic lyrics, and reductive repetition.

But Bergman’s Mercy is nothing like that. For once, modern songs about faith feel experimental and personable. What she has done to create her own form of worship music is truly groundbreaking… and that is probably because she doesn’t even listen to CCM. “I’ve never connected with any of it,” she shrugs, so her music pulls inspiration from other sources of community-based music instead, particularly Afro-Caribbean styles, American folk, Reggae, Gospel, and more. Like CCM, all of these genres are meant to be celebrated and sung in communion and capture the same devotion and hope Bergman showed with her debut record Mercy. 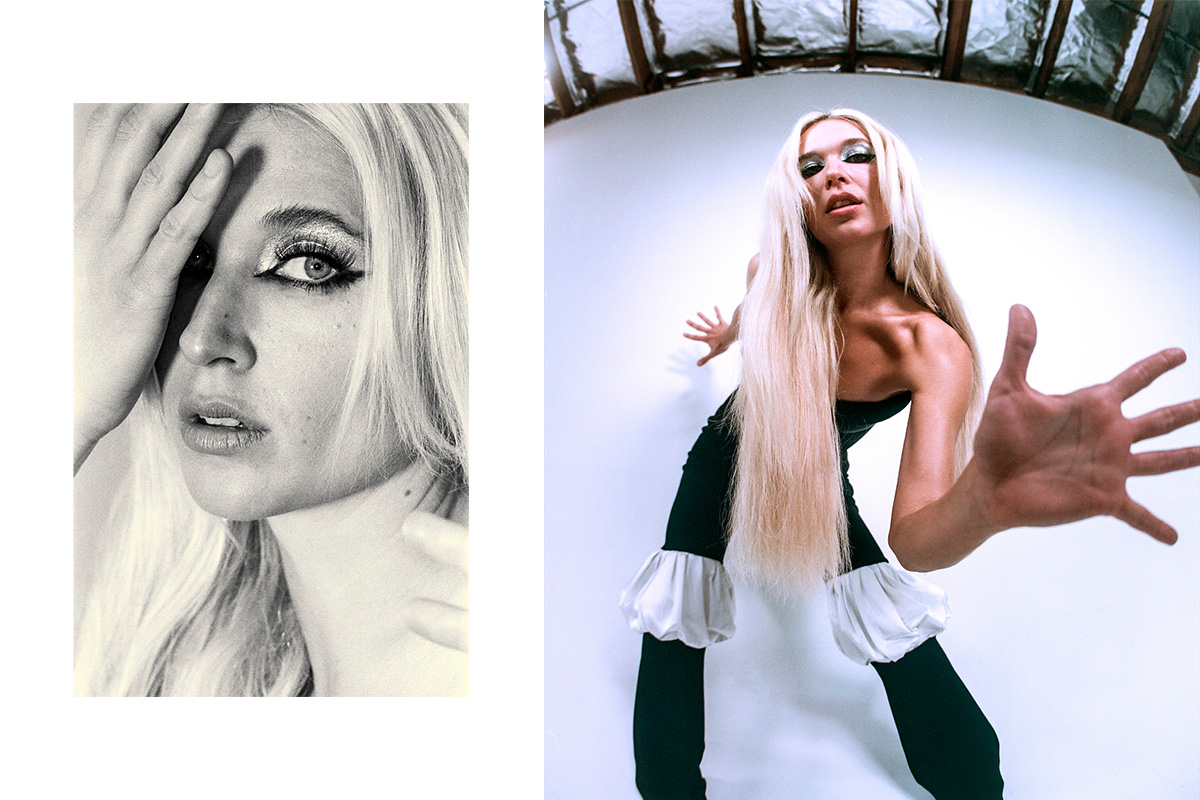 Though these songs are unabashedly Christian, don’t write it off: this album is her gift to all listeners. It is about universal messages at its core: loss, hope, and redemption just to name a few. In all of our lives, there are often “before and after” moments. Perhaps, for some, that turning point is graduating from school or meeting your future spouse, but for Bergman, this album captures her greatest turning point. Through Mercy, Bergman is reborn as a solo artist, a woman of faith, and, most importantly, as a daughter, and she invites us in to share in her journey. Even though this album is a look at her most intimate testimony yet, it is a testimony she wants her fans to hear, knowing that it will help others and create a solid foundation for all of her records to come.

Stream the entire Mercy album below and stay up-to-date with Natalie via Instagram. You can also see the full editorial with Natalie here.