In.Drip., the latest mystery-soaked project from young Los Angeles native Trevor Wolfe, has already begun to seep its way into the ears and hearts of music aficionados locally and abroad. After becoming disillusioned with the trappings and confines of previous bands, Wolfe went through a difficult period of self-exploration. “What I was doing, wasn’t me. I was honestly trying to find myself,” says Wolfe. That search culminated in the creation of In.Drip., the abbreviation of which stands as a powerful statement of identity. This is all him, the real Trevor Wolfe.

With a heavy focus on mood and melody, Wolfe weaves a unique sonic narrative, something he calls ‘Noir-Pop’. These are songs that evoke an image, a feeling, something specific, yet relatable. Driving in the rain. Cigarettes under flickering street lamps. Smoke-filled parties on cold winter nights. Snapshots of his life on display for the world to see. Therein lies the driving force behind Trevor’s vision of the project, well represented in his new single “Step 1”, to share a piece of himself with the listener. “Don’t get me wrong,” he says, chuckling, “I’d love to be King Kong sized! But really, I just want to be happy. I just want to make music that affects others emotionally.” 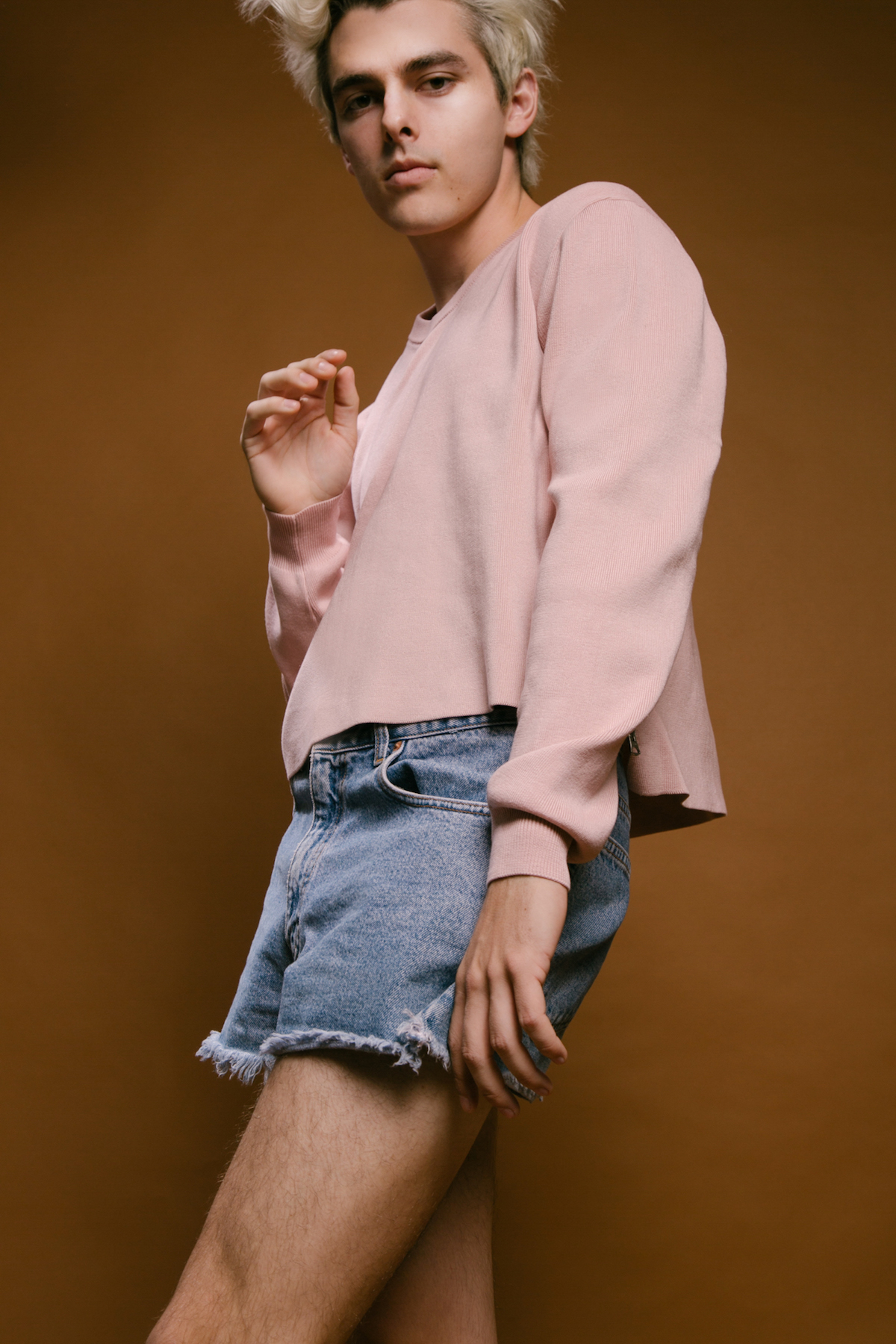 Can you describe your experience with adolescence?
Growing up, I was super into the Z-boys, and I just skated, surfed, and played music all the time. I idolised those guys, so I ended up draining my pool and just sort of living that life with my best bud and a couple of other neighbourhood kids. I was pretty unhappy around the ages of 10 – 19 years old, but I don’t think that’s too uncommon. I was just always caught up in my thoughts, and I was really self-isolated. After I had become sober, I started utilising music as an emotional outlet.

Do you come from a music family?
My dad plays the guitar and writes music, and my brother was really into drums and guitar for a bit. He’s still crazy knowledgeable with artists and underground Hip-Hop My mom is super artistic, but music was never her platform.

How did your journey into music begin?
I was just disillusioned with the world and playing sports at a young age – which was the path that was laid out for me. I was in a professional boys choir from age 10 to 14. Then I moved onto guitar and didn’t really pick up singing seriously again until I was 18 or so. Eventually, I moved away from rock music and got into recording with synths and programming drums. That’s when I became even more serious, and I ended up dropping out of college and just started working on my craft alone for a few years. For the most part, I’m self-taught, but my good friends Garrett Zeile, and Charles Black has helped me a lot with production and engineering.

Where did you get the name I.D. and what does it mean?
I always liked the name In.Drip. But before I added the periods to the name, it just seemed a bit odd to have it mean nothing. Once I added the periods, it abbreviated down to ID, and then it stuck. Before this project, I had super long hair and was really into glam rock. I then got into hip hop and started wearing Timbs, and it just felt like I was reborn. As corny as it sounds, I actually did find my identity through this project.

Can you describe your music?
I call it ‘Noir Pop’ because I think that a lot of my songs are pop songs at their core but my lyrical content and production is pretty dark. I really just try to make music that has a feeling more than sticking to one genre. 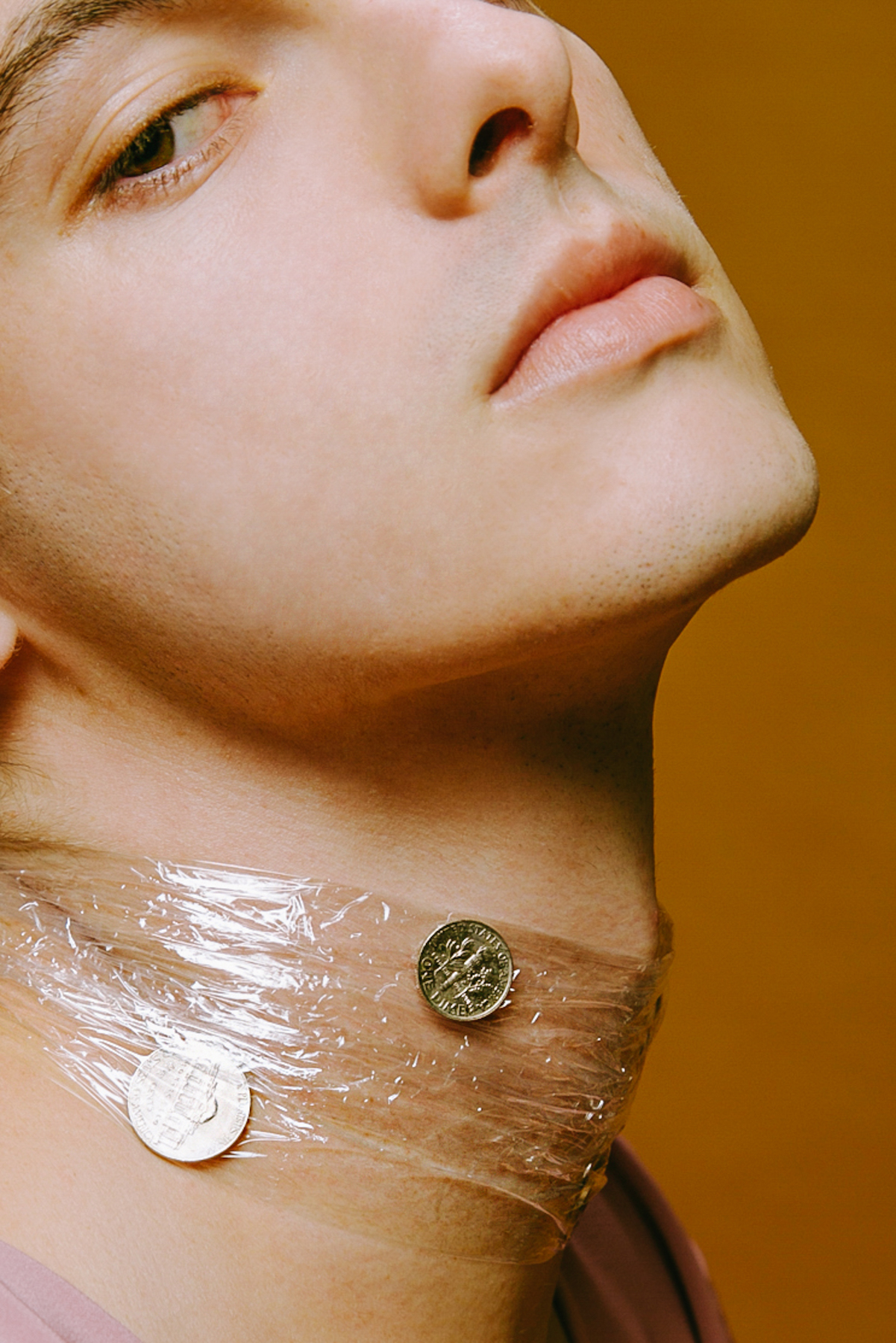 Tell us about some music projects you’ve worked on.
I was in a rock band growing up called Jetwolfe with my brother and some of my best buds. Later, I started an indie group called Moloch with some friends, and more recently I toured in a good pal’s band called Raw Fabrics. Now, In.Drip. is my main focus and I’m doing some collaborations with different singers and hip hop artists that are mainly LA-based.

What were some goals you accomplished this year?
Honestly, I don’t set too many goals. I just try to live one day at a time. My only real goal is to be happy.

Best and worst thing that’s happened this year.
2016 was my first year touring with any band (which was very tight), so that was a pretty big learning experience. It also was just on of those years where a lot of friends and family died.

How has your music evolved since you first started?
While I have changed genres quite a bit, I think that the biggest difference is that I try not to be gimmicky anymore. In.Drip. is me, completely unfiltered. I sing about topics now that are as personal as it gets. Before, everything was a facade.

If you could work with anyone in music (dead or alive) who would it be and why?
I’d have to choose Justin Vernon for his voice, his writing, his arrangements, his production. He is my biggest influence still, and I think that he’s a genius. He doesn’t have any fake profile surrounding him, all of his music is super raw.

If you weren’t making music, what would you be doing?
I considered not making music and becoming a monk for a bit, so probably that. Sometimes, I still question whether or not I made the right decision. Buddhism is still a big part of my life, so I probably would have just gone into it a bit further. 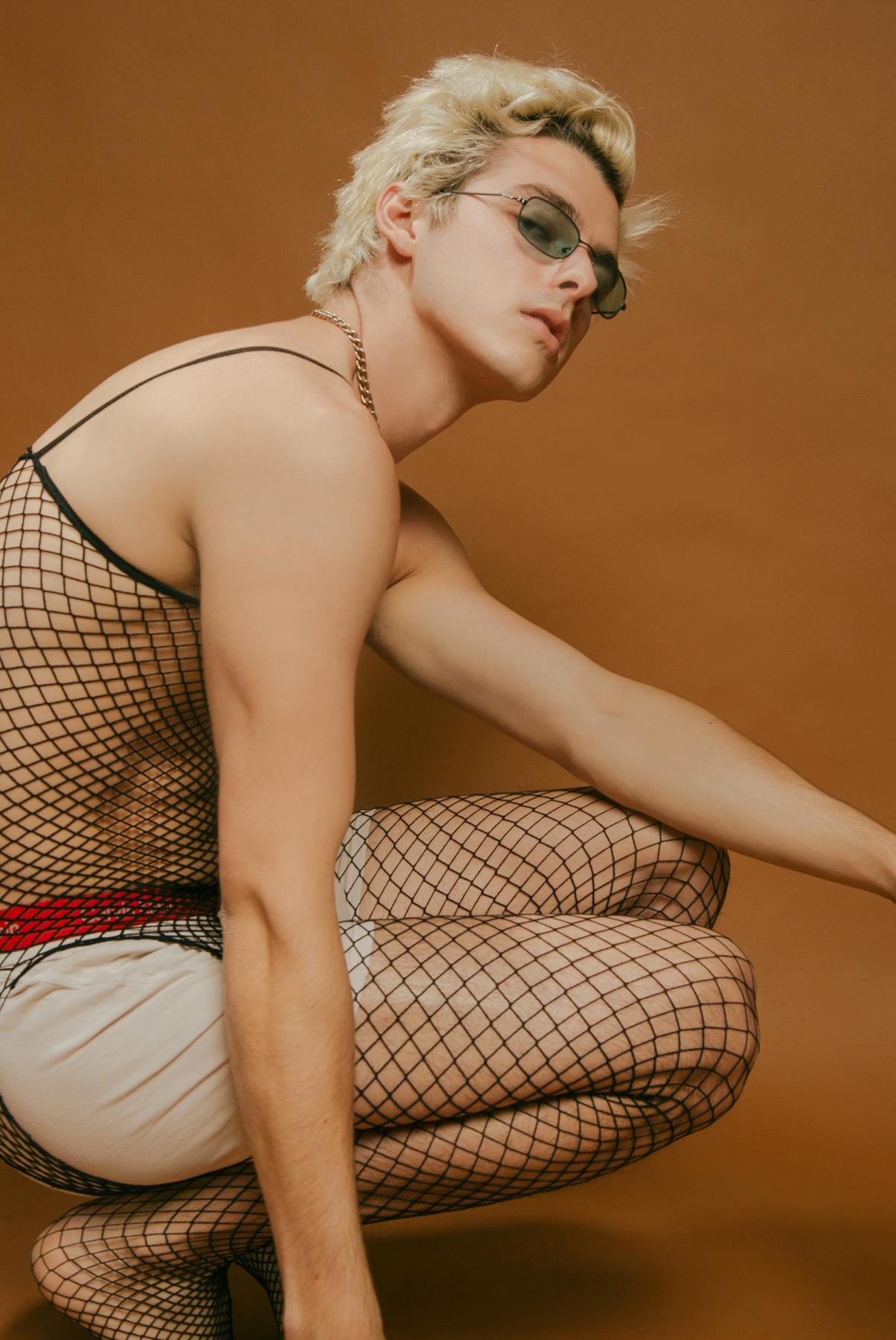 What is 2017 looking like for you?
Right now, I have zero definitive plans. I’m hoping to finish my debut EP, which will be called Moon God, and release it sometime in February. Then I’d like to start playing shows in LA and eventually touring after I get my foundation underneath me.

How do you find your daily inspiration and motivation?
I just write and record everything as a stream of consciousness. A lot of times, I don’t even remember recording a song or remember any of the lyrics when I listen to the song the next day.

What message are you trying to tell your audience?
Be yourself, love yourself. We’re going to die one day, and we literally have no fucking clue when. There’s no point in wasting your time by being dishonest with yourself.

Tell us something no one knows about you.
I have no idea what the fuck I’m doing in any area of my life. Also, my biggest goal in life is to be a hot dad.

Describe your fashion and style influence.
One month, I’m wearing Maroon 6’s with a bomber, the next one I’m dressed in some booty shorts with a Cuban on my neck so I’d say “bipolar”. The only continuity in my style is that I always rep the Lakers and the Raiders. 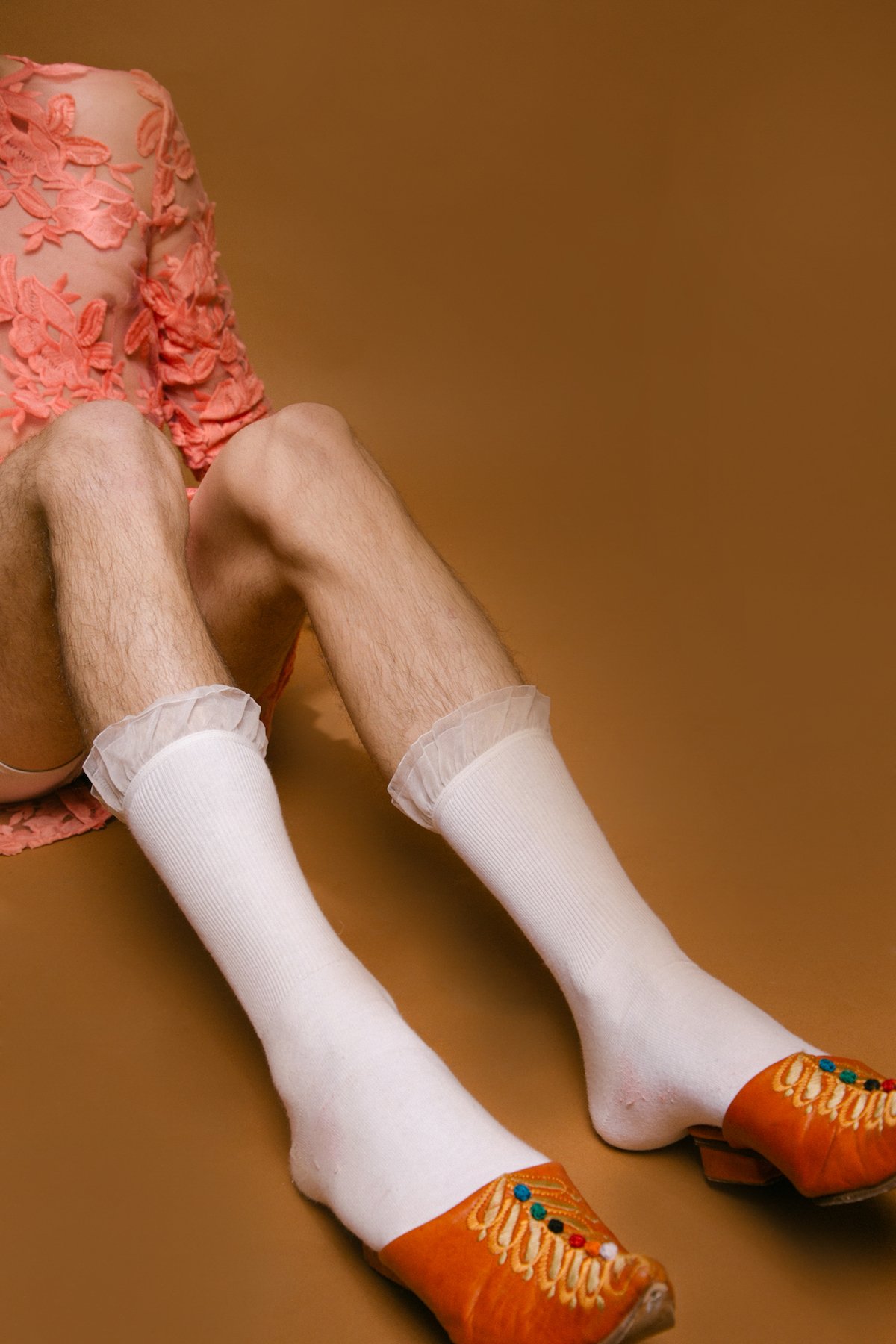 Who is your dream partner?
Someone who is loving, and loves themselves. I can’t date someone if they don’t have self-love and practice self-care. In long term relationships, kindness and comedy go a long way, so those are also both important to me. I think so many different shapes and sizes and colours of people are beautiful, so I don’t have a physical type.

When was your last kiss?
Yesterday.

Number one fantasy no one knows about.
I want to have a small farm. One goat, two dogs, and a little pig. An indoor basketball court. Also, a wave pool. The house can be small, though.

Favourite place in LA. OR the world.
Studio City in LA. I love Eau Claire, the Rockies, and Mexico City. I haven’t done much travelling outside of the US, though. 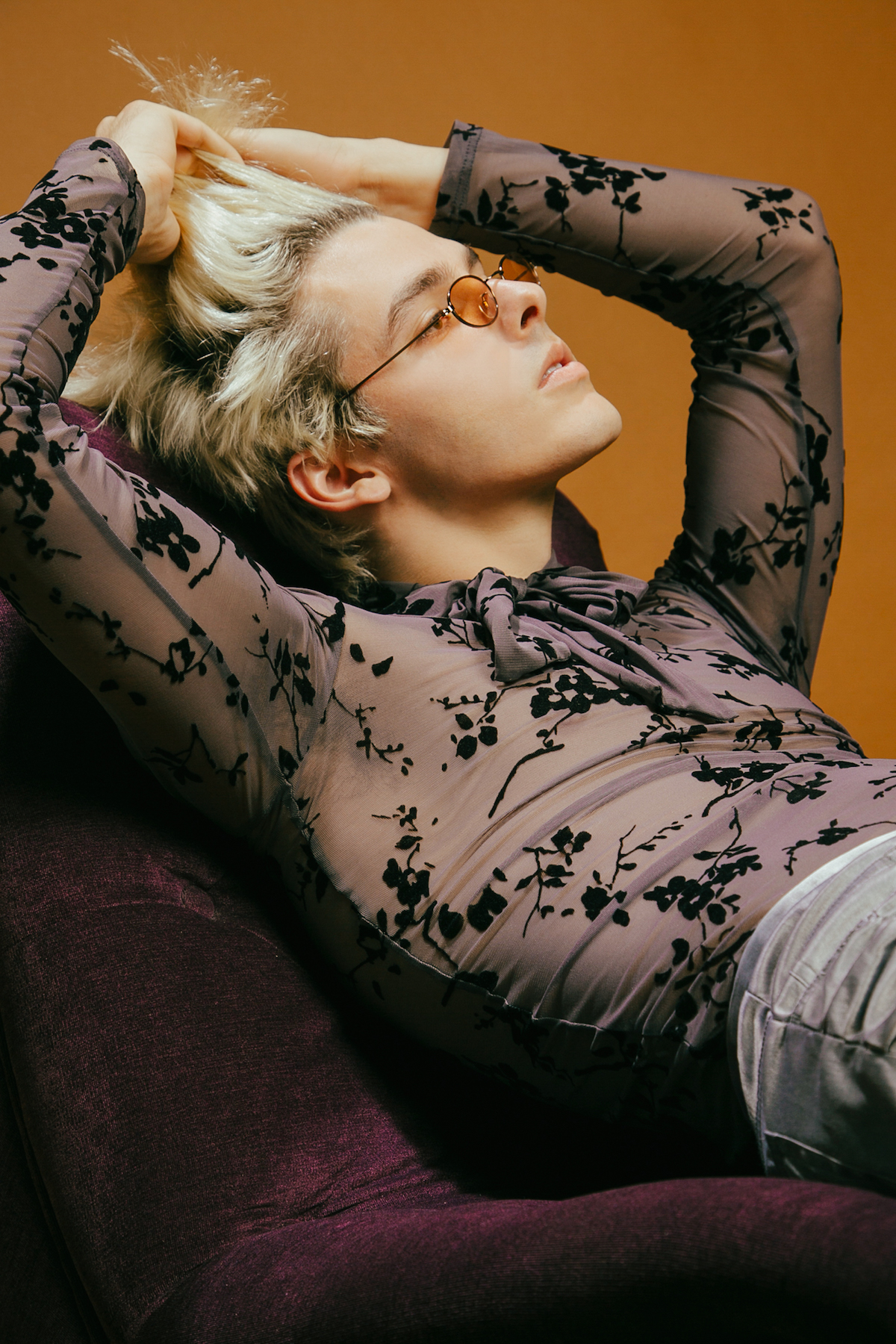