To Feel Something: An interview with The Marías 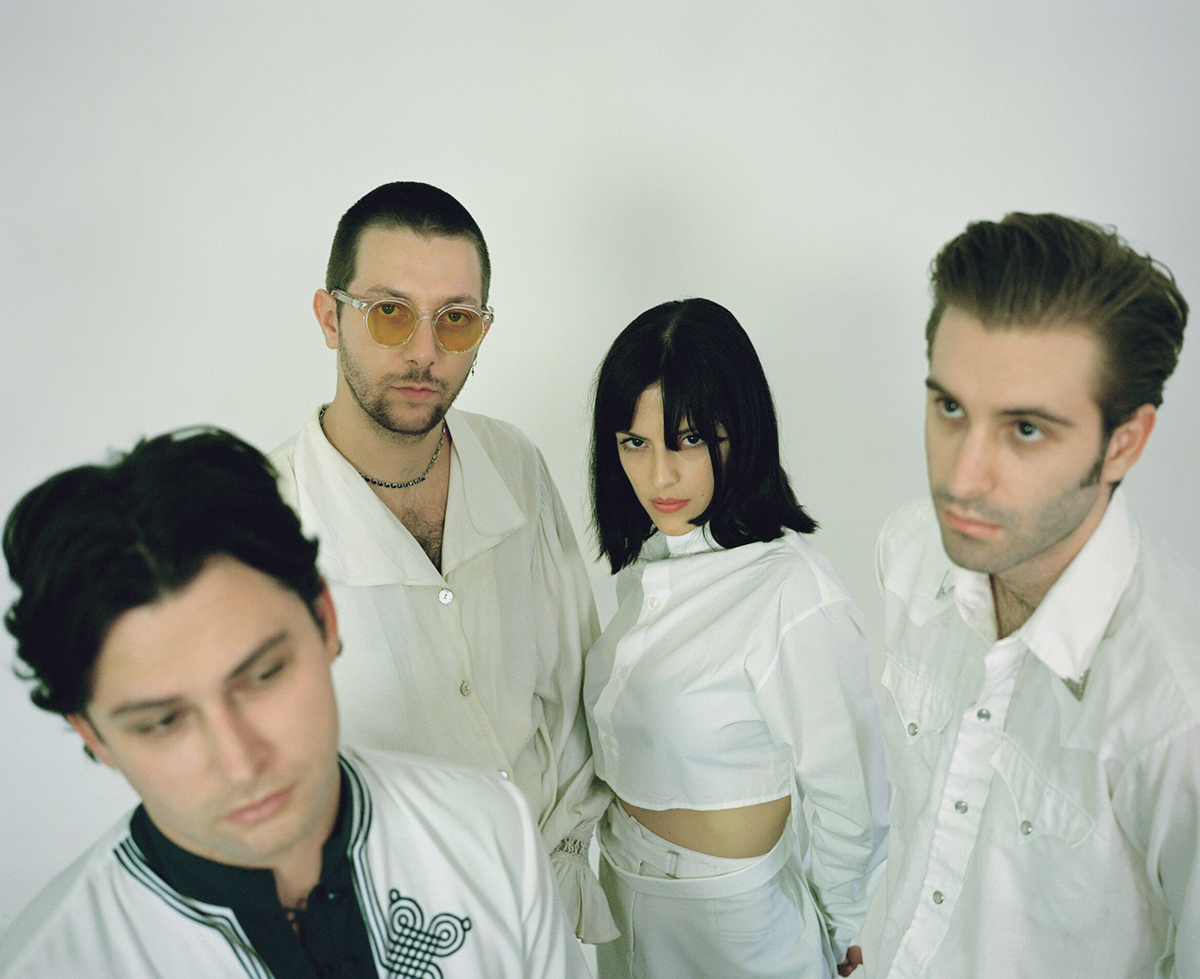 There is a sense of duality embedded within the music of the LA-based band The Marías. Their songs hold both a sense of nostalgia and futurity. You can hear their influences within the rhythms, within the longing lyrics, within the sonic atmosphere, yet the band sews together these influences in a way that creates an entirely new and original sound. The magic of their music is that they transcend a single genre label. I’ve never heard anything like it.

During my freshman year of college, I saw The Marías live for the first time. They were playing in this huge, underground, claustrophobic venue in Cambridge, MA. After anxiously pushing through the crowd to get a better view, even just from the first few seconds of the set, I felt a sense of calm, unlike anything I had felt that whole year. From the cohesive wardrobe to María’s powerful and captivating performance, to the dialled-in grooves, The Marías’ set was a completely immersive and escapist experience. Their music releases you from your current struggles and reminds you that for a single moment, for a thirty-minute set, there is beauty in being distracted by the power of good music.

The Marías have just released two singles, “Care For You” and “bop it up!”, with accompanying music videos directed by María and Bethany Vargas. Both tracks are quarantine jams to dance and cry to, the kind of music we need during this endlessly trying time. Their songs have this incredible ability to transport you; their lyrics, melodies and beats offer a much-needed sense of escape.

In this exclusive interview with Teeth, we caught up with Maria and Josh to chat about the inspiration for their music videos, working with snakes, home recording, and more. 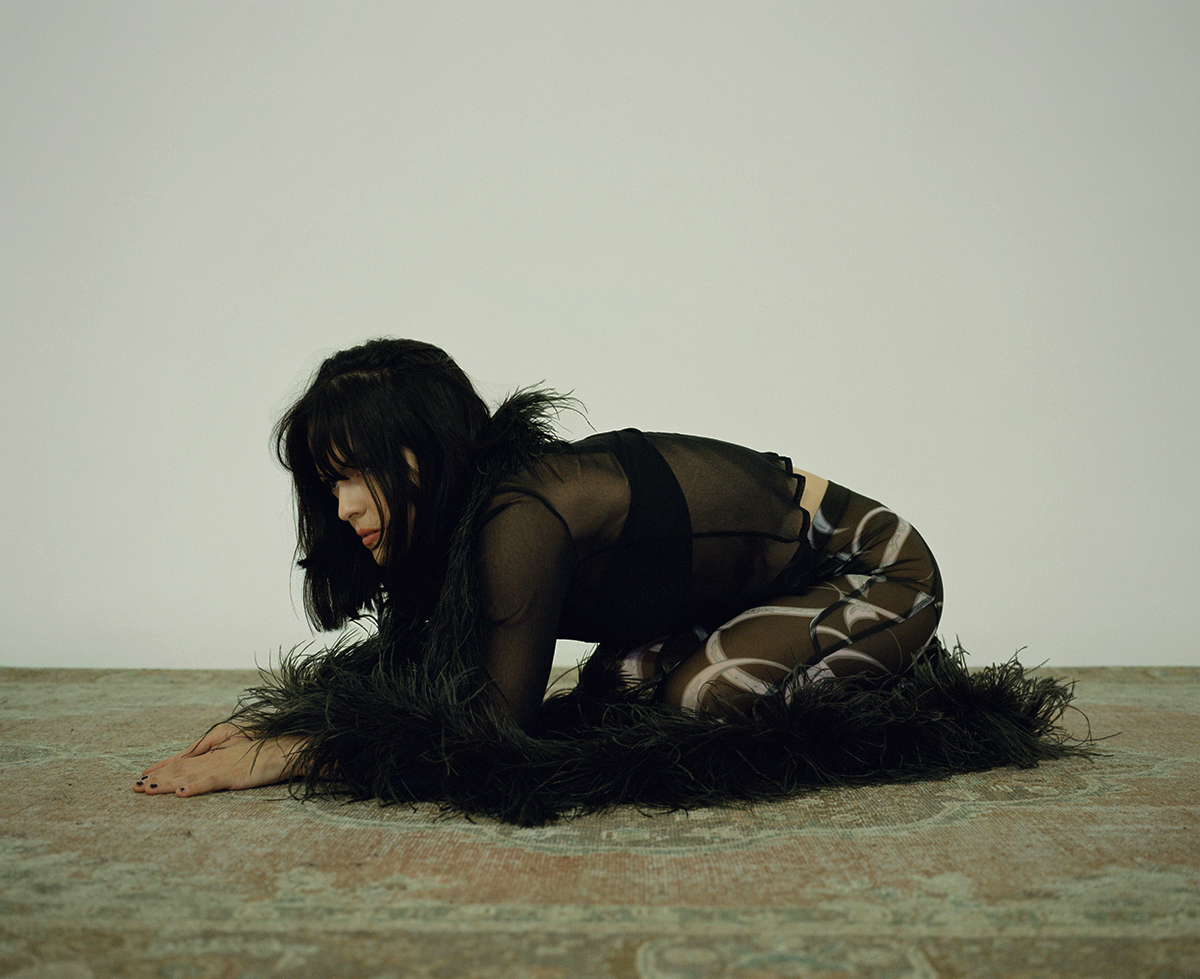 Sofia Wolfson: I just wanted to start by asking, how are you doing during a year like this?

María: I’m doing good! I’m tired right now just from the releases. We’re really involved in every single step of the way. Even with the videos too and editing and all of that. So, I’m just really really tired. But otherwise, we’re healthy and our friends and family are healthy. That’s the most important part. I feel grateful.

I’m glad you brought up the music videos because that’s something I wanted to ask you about. I’m such a fan of your music videos because I feel like there’s such care put into the imagery and the symbolism and all the details. I was curious if you could talk a little bit about the processes for these two music videos in particular.

María: Yeah, for sure. For “Care For You,” when we were writing the song, I was envisioning this jungle in my mind. I was like, it has to be this jungle party, it has to be in a jungle that looks like where my family lives in Puerto Rico because they live basically in the middle of the rainforest. And then when we were working on “bop it up!”, I was like, I see animation like it has to be really dope animation. Then I brought the ideas up to a friend of mine who is also a director, her name is Bethany. We just fleshed out the ideas a little bit more and brainstormed some more. That’s kind of where we are now. With “bop it up!” in particular, it was really really difficult to find the right animator and the right animation team that was in line with what I was envisioning in my head for the animation. It was really really hard but we ended up finding this team in Columbia, Josh found them on Instagram, and they were great.

Could you talk a little bit about working with the snakes and what that meant for you in terms of the music and the video?

María: So, I had never touched a snake in my life until the day that we were shooting the “Care For You” video. I was very scared, to say the least. Because snakes get a bad rep, you know? But it was super chill like that snake was so chill. I thought, you know, it was going to bite me or choke me to death, all these crazy things you see in movies. But obviously, there was none of that. The snake was very very chill and had a really good temperament. So after that shoot with “Care For You,” we knew that we wanted to do a pit of snakes for “bop it up!” because of the animation. So I was like, well it’ll be fine, I was chill with the “Care For You” one. And then they brought out four snakes. Trying to manoeuvre the movements of each one was really interesting because you feel them clenching on your skin and your body. It’s this really weird feeling. Having four of them at the same time was really crazy and kind of chaotic at times. But it was really fun, nonetheless. The snake handler handled them well and you can tell these are people that own… he said that he owned almost a hundred snakes. He’s spent his entire life getting to know these snakes, so he understands the body position if they’re anxious or if they’re chill. And he said the whole time they were really relaxed, so that was good.

Something you said, which I find really interesting, is you were talking about how they clench onto your body. When I was listening to “bop it up!” that’s kind of a similar feeling I had about the overall theme of the lyrics. I was curious if you could talk a little bit about the inspiration for that song.

María: We wrote that song kind of in the middle of the quarantine and lockdown. It was just full of uncertainty at that time. I mean, even still. But obviously, you know, the lack of direction from the government and the uncertainty of: can we even go to the grocery store? It was just a very very anxious time I feel like for everybody. So “bop it up!” was this kind of anxious song. Josh is actually here and he can talk a little bit about the more instrumental side. He produced both of the songs. It has this huge bass. Josh, do you want to talk a little bit about that? What you were feeling when you were like: I just want to hear (mouths bass sound).

Josh Conway: It was one of those beats that I could just put on for a really long time and just kind of zone out to and turn it up really loud and let the bass drown out the rest of life.

María: And this is coming from a guy who just ordered, based on an Instagram ad, this thing that makes you feel the sub-bass in a song. So he wants to feel that bass. This is also coming from a guy that at concerts will stand right in front of the speaker to feel –

María: (laughs) To feel something. So I think we were both in this headspace of I kind of want to forget but I also don’t know what’s going on. And I think for Josh, he was like, I’m going to turn this up really loud in my headphones so that I can feel something that’s not this anxious feeling that is going on in the world right now.

Josh: Or something that kind of matched it.

María: Yeah, or matched it.

Music can be a great sense of escape right now.

Has your creative process, recording process – any of it – adjusted or changed based on this crazy year we are living in?

María: Not much has changed. We’ve always recorded in our apartment. So that part hasn’t changed, we’ve continued to do that.

María: We are re-watching Euphoria because a friend of ours hadn’t seen it yet. And the music in that series is really really good. What have we been listening to? I mean, the new Omar Apollo album is really good. The Neighborhood album is also really good.

Josh: That’s kind of all the new stuff.

María: Yeah, the only new stuff. But we’ve been working on the album as well so a lot of our listening is just tweaking our own songs at the moment.

I’m so stoked to hear the album!

Listen to The Marías’ new singles “Care For You” and “bop it up!” below and stay up to date through their website and Instagram.