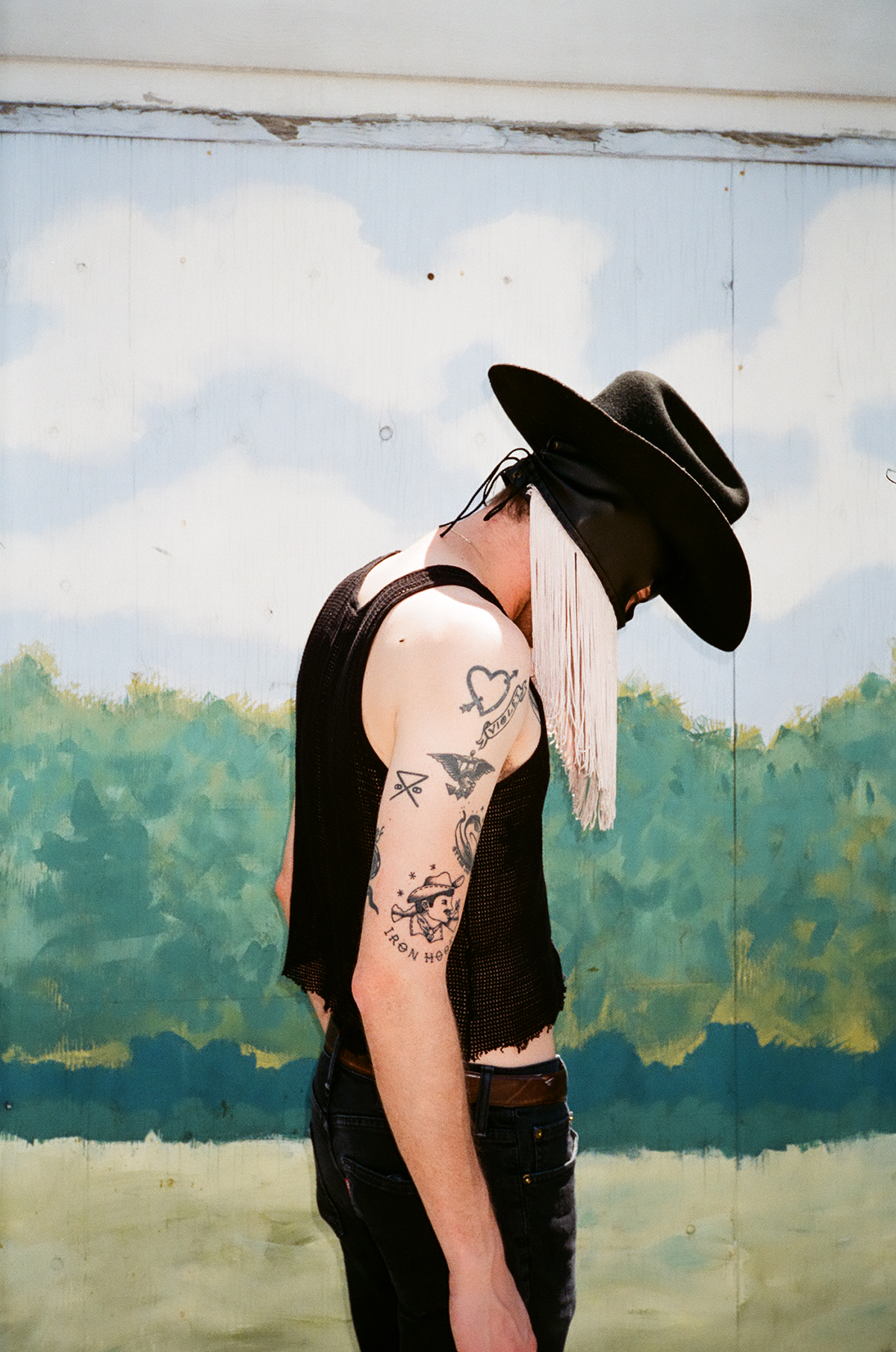 “You cannot haunt your house at will. It is a question of storm and fire. There have been times when mine rejected me.”-Jean Cocteau, The Difficulty of Being

Lamp black half-words sunken with deep hefty croons. Orville Peck is an enigma by design. Lyrics ring out as poetic lamentations startled by gritty unapologetic truths, yet kind. His first album, PONY, was released in March 2019 on SUB POP. I come from a line of cowboys, therefore, my back arched the moment I heard Dead of Night out of fascination, confusion, familiarity, and a steeply heavy idea of what a cowboy, a real one, is. I am suddenly on Mulholland Drive with its unforgivable turns and dead air that’s on the verge of fire. I flash to the David Lynch film I saw in a basement theatre in New York where I shivered at the surround sound. He had mystified what I knew. To listen to Orville Peck’s record, ideally, you walk into a dark bar where all you can see are the neon glimmers of velvet paintings. A little dishevelled, you lean on the jukebox while a low-sung cowboy ballad starts to hum out and gnaw at your heart a bit. The voice is telling you of lost cattle, lost hope, and an endless desert of hustled devotion. 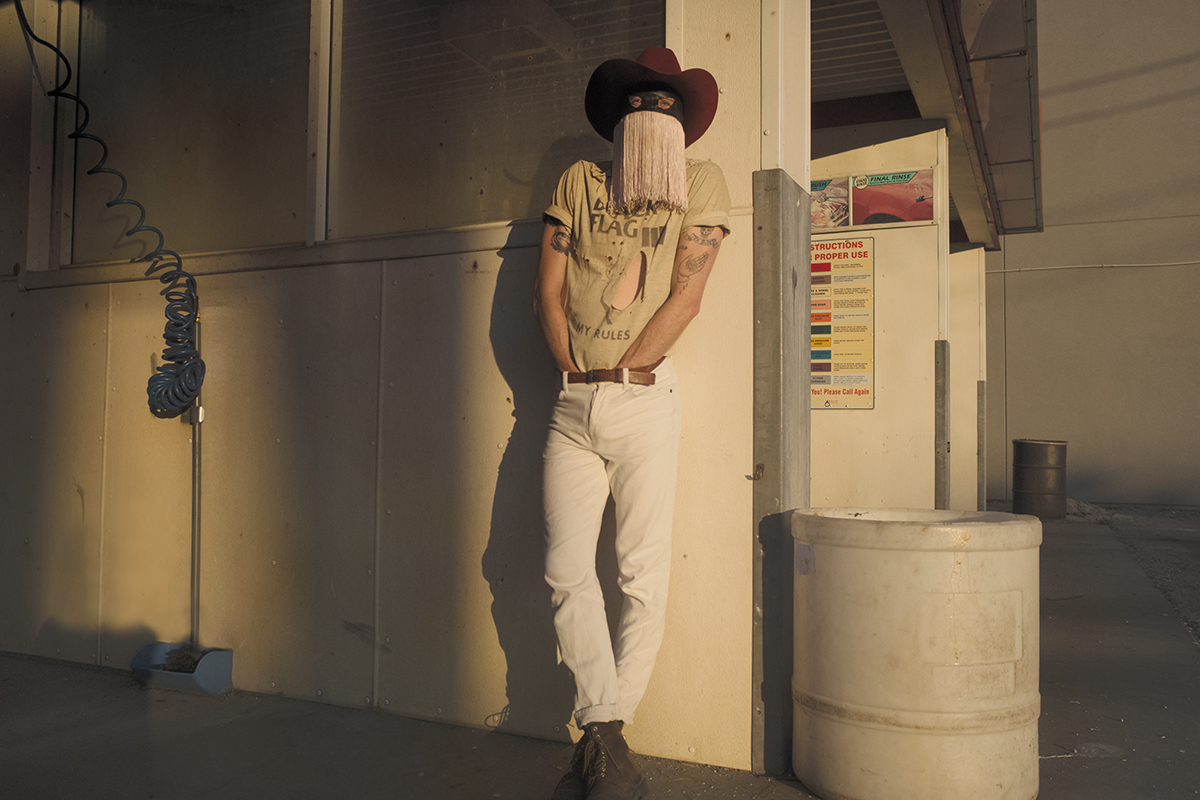 Is the Dead of Night mysterious and suspect or is it a slow unfolding narrative?

It’s a take on unrequited love. Falling for a person who loves you back but maybe not in the way you want. I think sometimes when you’re in whirlwind friendships and relationships, an immense amount blurs across lines. Dead of Night came from that. “Heartbreak is a strange sensation.” The adventure of loving someone that you know can’t really give you what you want but you do it anyway. Followed by the eventual demise of that and years later torturing yourself by lamenting something that was a living oasis.

Can you talk about making the video for this track? What do you think the aesthetic of grainy film and overblown exposure brings to the visual story?

We filmed it on 16mm film. The resulting look is obviously an intended result of that. I personally love the bold imagery that 16mm gives. I think colour plays a huge part in the way I do all things – even songwriting. We wanted really strong colours to come through in the video to help tell the story. It becomes a contrast of the desert and the gang of outcasts inhabiting it.

What do you think it means to be a cowboy? Are you a real cowboy? Do you care if you are?

I think there are many definitions of a cowboy. I don’t rope and herd cattle for a living if that’s what you’re asking. That’s not what I mean when I talk about being a cowboy. To me, cowboys are about the truth of rebellion, freedom, and loneliness. If you combine those impulses and my love of country music, I think you get a pretty good idea of who I am. Anybody can be a cowboy. Nina Simone was one of my favourite cowboys. She didn’t have a horse or a hat. She did have a gun, though.

Orville Peck wears a menagerie of masks. They startle you in the perfection of leather seams reminiscent of nineteenth-century faded black and white S&M postcards. Every mask has a curtain of fringe hanging from the custom band and eye holes. He never takes it off. There is no hopeful feeling he will ever reveal what he feels compelled to hide.

Did you design your mask? How many do you have?

Yes, I design and sew them all by hand. I have about 14 or 15 by now. I’m inspired by old country star ’s costumes, Nudie Suits, and Rodeo stars from the 50s-60s. A bit of occultism in there too.

Is it important to you that people feel emotional when they hear your music?

I think so, yes. These songs are intensely personal and emotional for me, and when other people feel that too; I’m telling the story right. Even if people don’t feel anything I think that’s important too. The absence of feeling, in my experience, is the inability to feel something that others do. That realization has informed some of the most emotional moments of my life.

At this point, I have been in several cars on Mulholland Drive in my mind. They all let out at different parties. I feel the lines blur that he spoke of, there are tall fences next to dust bowls. There are hustlers waxing Freud. I am not afraid of my surprise.

As you tour presently, what kind of show can we expect? Will you emulate your videos?

Every show is an opportunity to perform to the height you can. I think my music lends itself to that bit of theatricality. If I had the budget I would turn every venue into a full-blown rodeo – drag queens on mechanical bulls and toddler pageant queens waving to the crowd.

My Own Private Idaho is playing in the background as I listen to Dead of Night one last time, I am acutely aware I already miss his voice. I already miss being in a coal town where work is dirty and moonshine is paid in coins. I sink into my skin as I realise the cowboys and hustlers are in my ears. 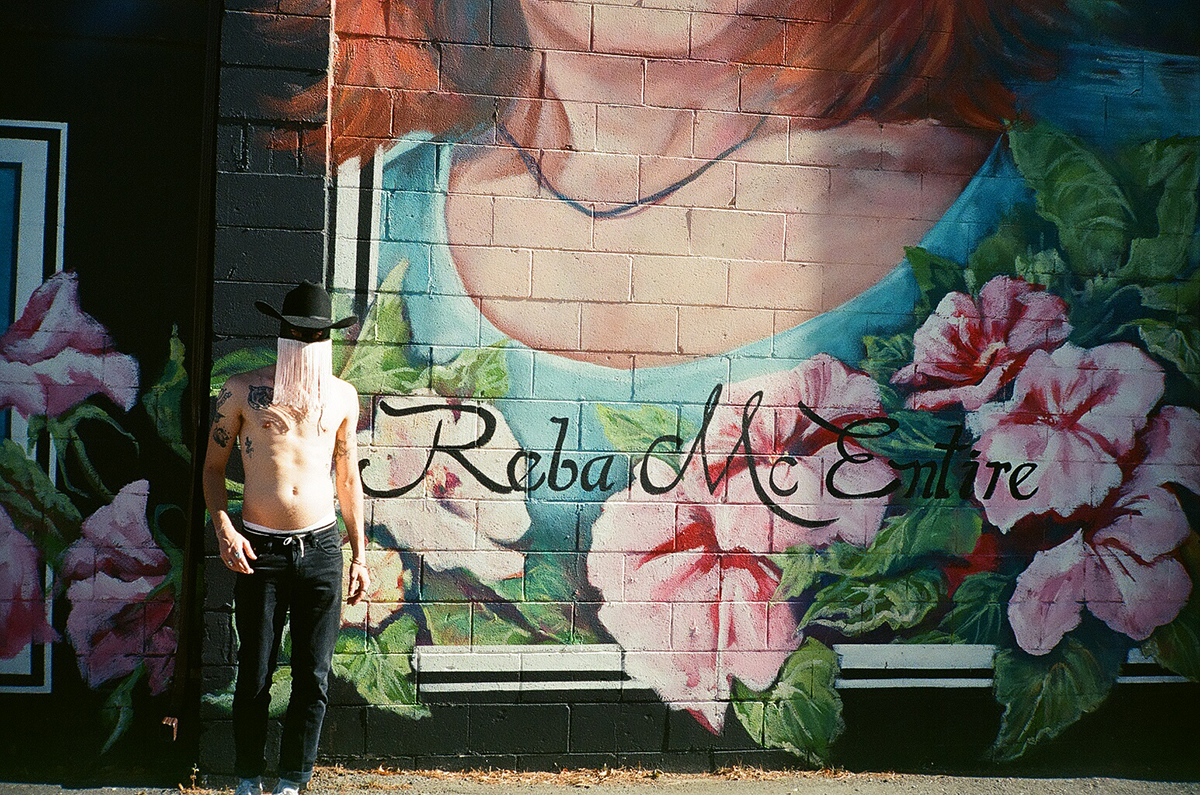 Are there elements reminiscent of The Smiths and Suede in your record or is it my imagination?

Those are in there for sure. My music is obviously country, and mostly inspired by ‘outlaw country.’ I am a huge fan of 80s synth, all eras of pop music, grunge, shoegaze, and punk. I love finding inspiration in those genres and embedding that in what I write as a country musician.

Get haunted by the voice of a cowboy you have never met. “I find it very, very easy to be true. I find myself alone when each day’s through.” -Johnny Cash, I Walk the Line