Out-of-the-box: An interview with Gus Dapperton 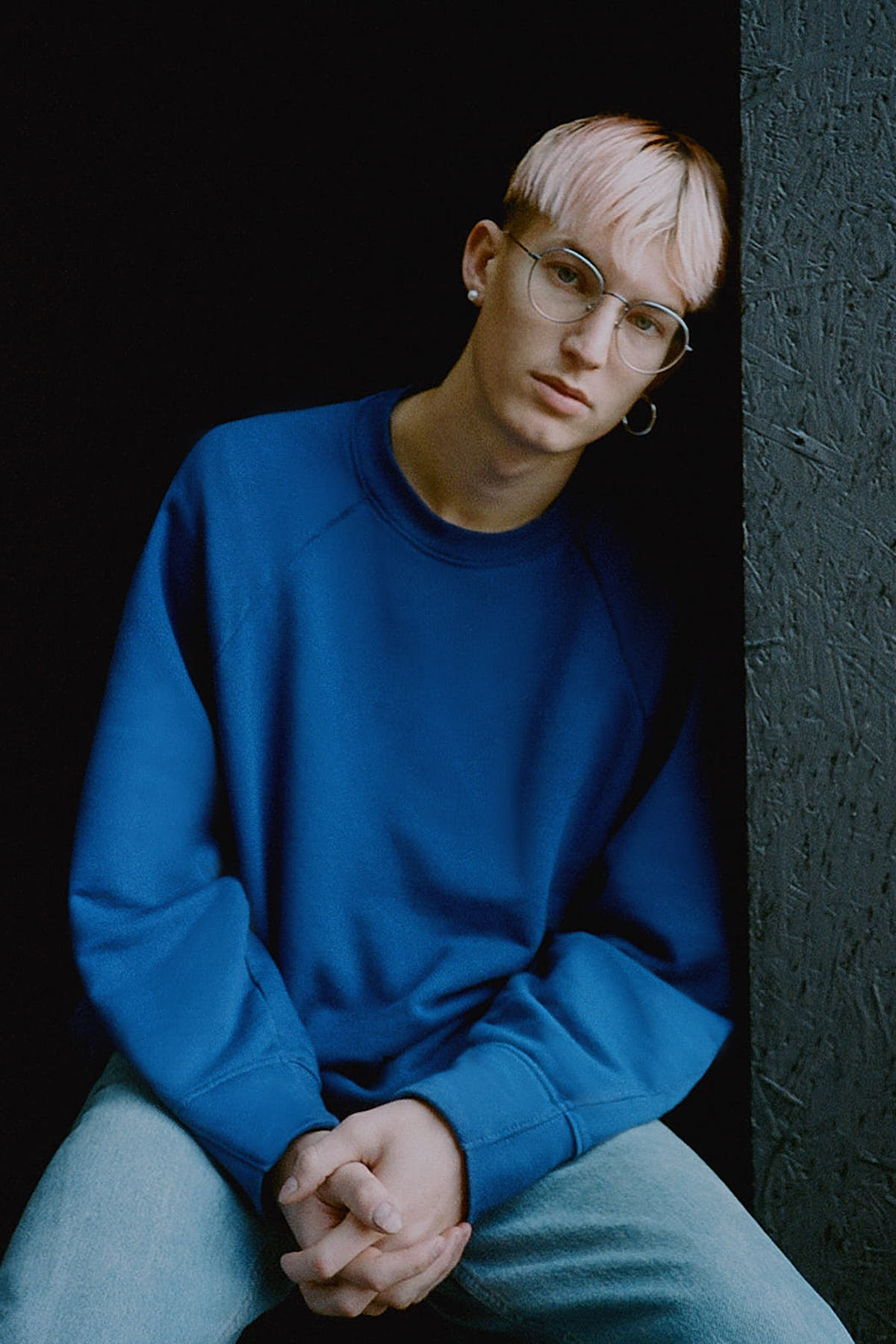 Since the release of Gus Dapperton’s hit single, “I’m Just Snacking,” in 2017, the artist has been making waves not only for his infectious lyrics, raspy vocals, and definitive sense of style but also for being unapologetically himself.

Dapperton’s music taps into the dreamscape of his mind and explores wider themes of love, friendship, and heartbreak lingering underneath a shimmering veil of poppy synths and ‘60s-inspired guitar. His creative output, at once nostalgic and refreshing, bears consistency through multiple channels despite his wide range of influences and inspirations. In a world where more is less and too much is not enough, Gus’ carefully considered offerings encourage a certain attentiveness from his audience that has no doubt played a role in his recent success.

In our conversation with Gus, we spoke about his musical inspiration, influences of his aesthetic and what his hopes are for the future. 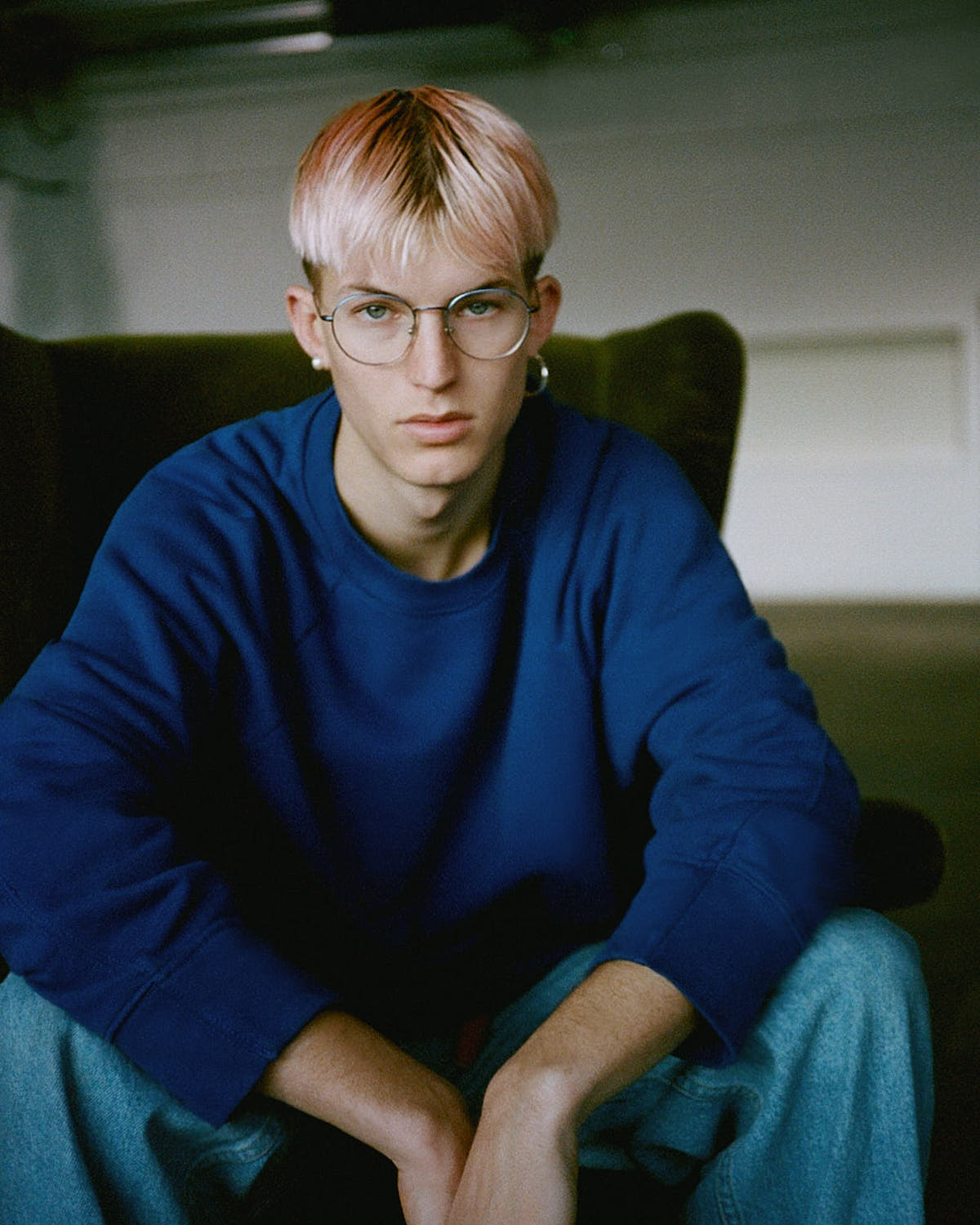 Gus Dapperton: My first memory of music would probably just be dancing in my living room as a toddler to The Beatles and Michael Jackson and stuff.

From my loved ones.

Can you please talk me through your recording process?

When I record songs, it usually starts from all over the place. When I’m writing a song either it’ll start with a melody or it can start with a rhythm I hear in my head or a chord progression or even just a word. I think that because I’m not a classically trained musician that I’m sort of able to start from places that you might not be inclined to start from, so that’s how I write songs and then I usually record them in my studio right away or over a long period of time it sort of ranges.

What did you want to be when you were younger?

As a child, I wanted to be a professional surfer or skateboarder. I dabbled in playing the guitar in 4th grade so I would have been about 9 or 10, and at 14 that’s when I thought about being a musician and making music for the rest of my life. But I have always thought I could be whatever I wanted to be, even now I still have the mentality. I’ve never thought logistically about following my dreams, I’ve just been like fuck it this is what I want to do.

Who would your dream collaborators be?

I honestly don’t have any, I always feel bad when someone asks me that. I think when it comes to collaboration, I’d like to do it based on personality as well as artistic integrity so I can’t just like to imagine working with someone I’ve never met. I feel like if I did maybe I wouldn’t want to work with them afterwards. So, at the moment, I don’t have any. 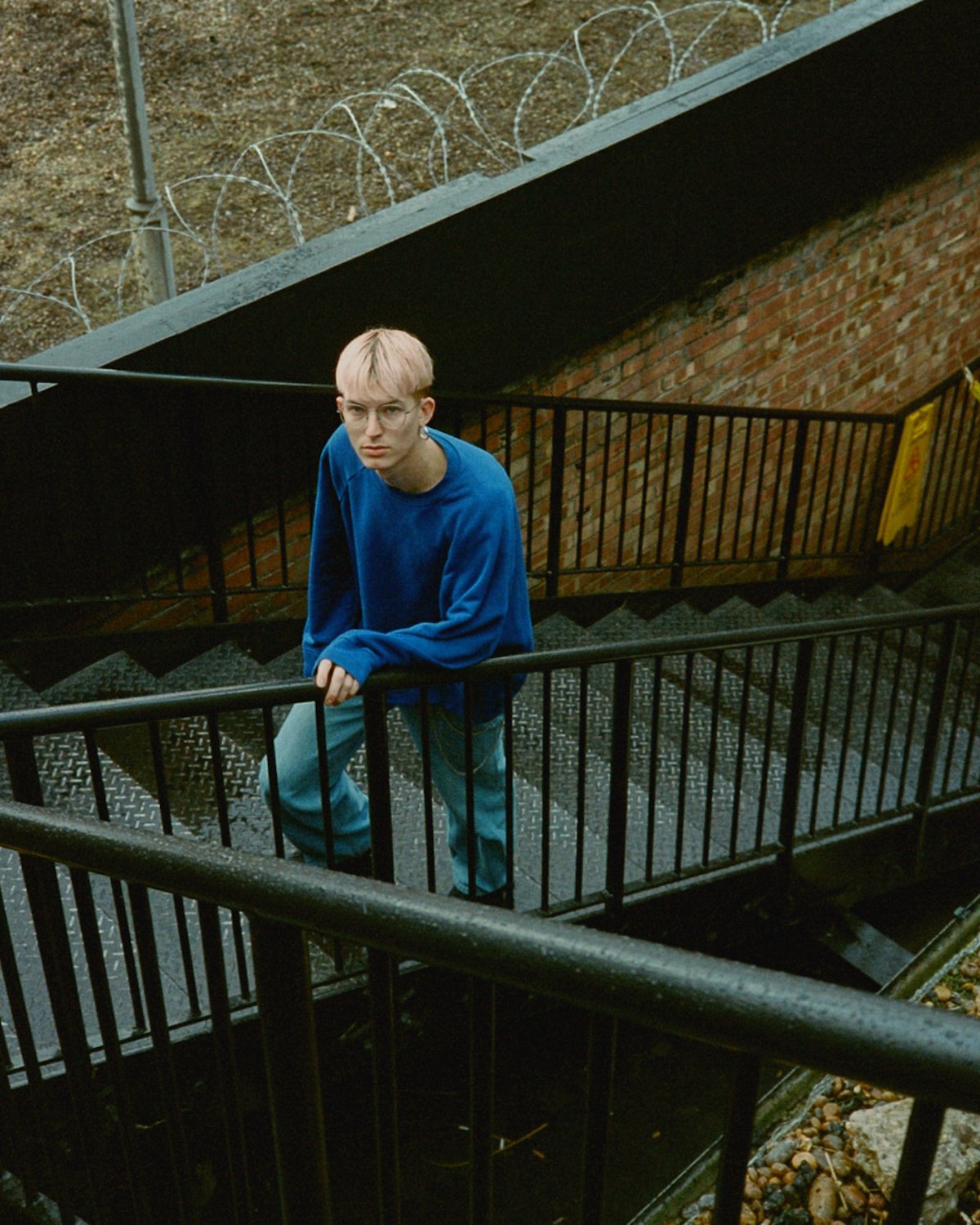 I tend to start in many places. I could either start with the piano, melody or a chord progression or just messing around on the drums or drum machine or even writing lyrics first. It’s whatever I’m feeling inside of me at that moment but it definitely always comes straight from my heart. I’m never trying to like make a song, I’m not trying to accomplish the act of writing a song, I just really love doing it and it’s really fun all the time.

Do you find that your creative process is mostly different or do you follow a guide?

What are the origins of “Gus Dapperton” as a stage name?

I had a lot of characters growing up, I had a lot of names, people I would imagine being and whatnot and I would treat those names as different artistic outlets. I used to make music under a few different pseudonyms but Gus Dapperton was just there in the back of my head when this particular dose of music came about and Gus Dapperton was just the person I wanted to be. As my former self, I was very discouraged and reserved and I was just like fuck it, I just want to express myself 100% of the time and for the rest of my life so I’m going to do it and Gus Dapperton is a part of me that does that.

What influences the cinematic quality of your music videos? They often feel like mini-movies.

I just really admire film in general so I think that if I’m going to dabble in any sort of art I have to put 100% into it and I just try to study film and take into account what detail and production value needs to go into the music videos as well as the music. I just love films and seeing new movies.

I’ve been watching your video for “I’m Just Snacking” on YouTube and I’m obsessed. What was the inspiration behind this song?

The inspiration behind “I’m Just Snacking” was about emotionally letting go of a relationship for the right reasons and the song is about yearning to be with someone. It’s all inspired by my current romantic love life and what’s happening throughout those time periods. I take those moments and try to make a story but hopefully, they resonate the same emotion I’m feeling.

I would say run away from home and move to New York City.

What was the hardest thing about becoming Gus?

Just everyone that supported me began to not support me as much as I had hoped. But honestly, although those moments sucked, I just felt so much better expressing myself and following my dreams.

I love “Nomadicon”, how did this song come about?

“Nomadicon” sort of is about witnessing unfaithfulness from people I’m surrounded by and I just wanted to tell a story from my point-of-view about the mentality of somebody being unfaithful. I guess the idea of the song came first and then production and music came second.

Tell me about your new record and how is it different from the others? What was the recording process like?

I wrote it almost entirely on tour. Doing so, I started writing most of it on an acoustic guitar. It felt natural to write that way. I was really diving into some raw emotions I’ve never reflected on before so it felt right to write on a raw instrument.

It’s been four years since you dropped your debut track. How has the journey been since then?

It’s been slow and steady and very fulfilling. Even before that, I had been putting out tons of music so in my mind, it has felt like a very slow journey.

You wrote “A Lacking Spectacle” for the Netflix series 13 Reasons Why, how was the collaboration on that and did you enjoy the show?

It was super fun. I had never been given a brief to write something to a visual before, so I was super excited to do so. I watched the first season and enjoyed it although I thought it was a bit over the top at times. I haven’t watched it since.

You also wrote Where Polly People Go to Read in chronological order detailing the demise of your relationship then experiencing love once more. Is that a style of writing you implemented while recording and will you attempt it again?

I didn’t purposely implement it that way but it definitely felt right when I listened back to the tracklist that way. Yes, I would definitely do that again if it made sense for the project.

What else have you got planned for this year? How are you handling lockdown and what are you looking forward to most once this is all over?

I don’t have much planned aside from releasing an album. I hope I can make as many striking visuals as possible. In terms of handling lockdown, I haven’t forced myself to be creative when it feels difficult, which is okay. I just hope everyone will be okay.

Since his interview, Gus has launched an exclusive T-shirt for his new single “First Aid” which benefits United Way’s Covid-19 Fund and can be purchased through his website.

Stay tuned for Gus Dapperton’s new album which is due to be released later this year. In the meantime, follow him on Instagram.