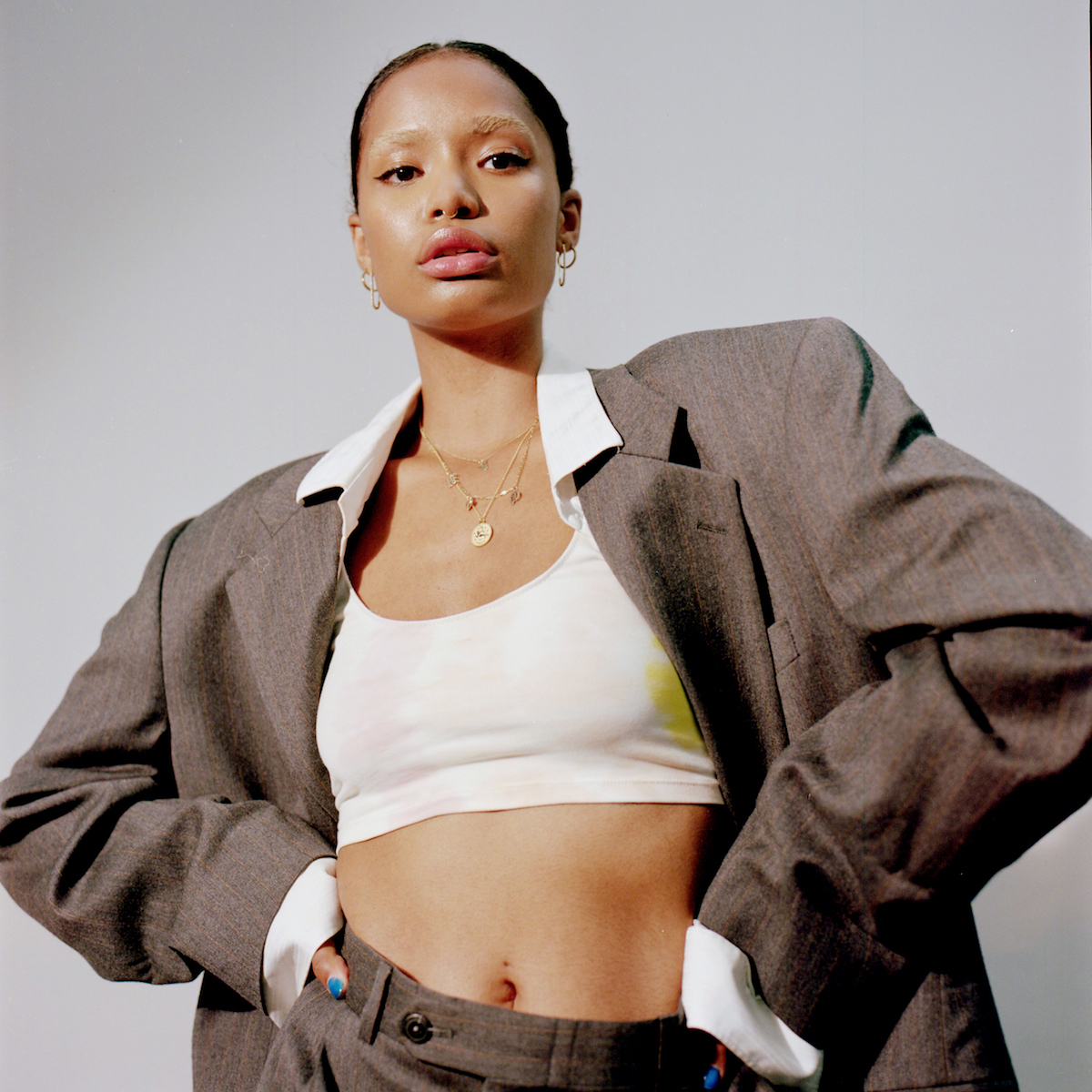 Known for her unique vocal skills and distinct sound, up-and-coming artist and New York native, Elah Hale is no stranger to the music scene. At 16, Hale was previously known as Easy Socks, and shared her first original piece on Tumblr called, “Porsche, Hat, Cloud.”

Now at 20, she continues her rise with her most recent single “Posters”. Not only are her vocals truly magical, but she’s also an exceptional songwriter. Her soft and mellow vocals complement the entire alternative R&B aesthetic of the song which is all about heartache and conflict in relationships. “Posters”, “Holding You Close”, and the singles that have come before all reaffirm why she’s one-to-watch.

In this exclusive Teeth Online interview, we sit down with Elah Hale and dive into her musical influences and what’s next. 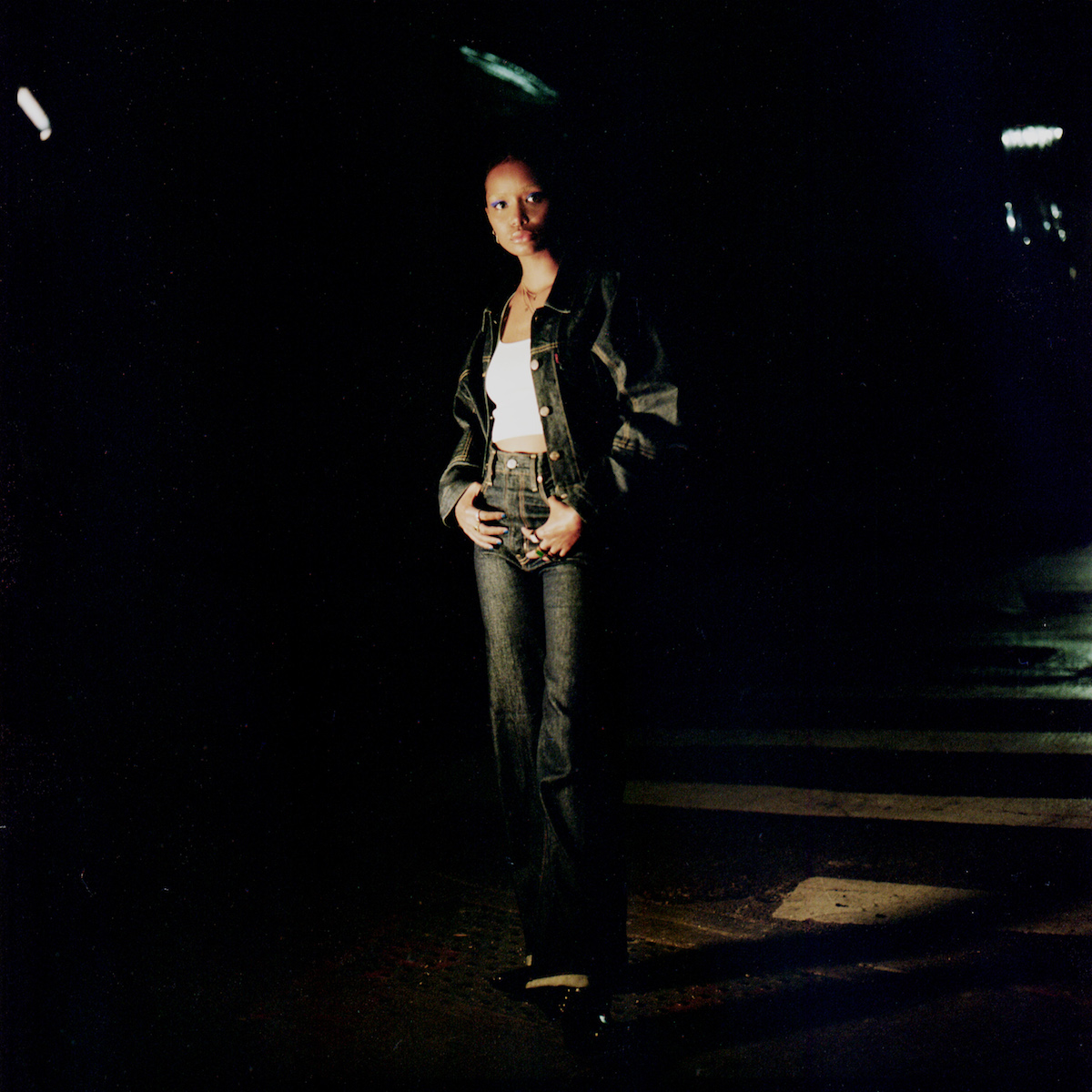 Elah Hale: I vividly remember driving to Fire Island with my mom and uncle and trying to memorise all of the words to “(Not) Getting Married Today” from Company. It’s funny, and although not my first memory of music, one that I’ve held onto as a defining moment for so many years.

Tell me how has your love for music started? Has anyone from your friends or family influenced you to choose music over anything else?

My love of music started with my parents who are both visual artists. They were essential to me playing and learning music because they didn’t do it as kids and put a lot of effort and time to make sure I had the opportunity to study it My dad and I used to drive to Queens and listen to Robyn’s self-titled album and Late Registration.

The people in my life, particularly my friends and their relationships. I take inspiration from my own life but drawing from that can get boring and I don’t want to feel stuck or limited to writing about things that have happened to me specifically.

Can you tell me about how “Posters” came about?

“Posters” was made by Daywave and I during one of my many sessions in LA with him. I actually wrote a part of the song earlier in the summer about how much I missed my dog (which I didn’t actually have at the time). Jackson and I worked together a bunch during my EP process and we really learned to just have fun during the process.

Do you think growing up in New York influenced you as a person as well as your music?

Yes, I was doing and experiencing things as a teenager that you can’t experience anywhere else. Going to and playing concerns was an essential part of the social scene. Virtually everyone I knew was directly or indirectly involved with music somehow. 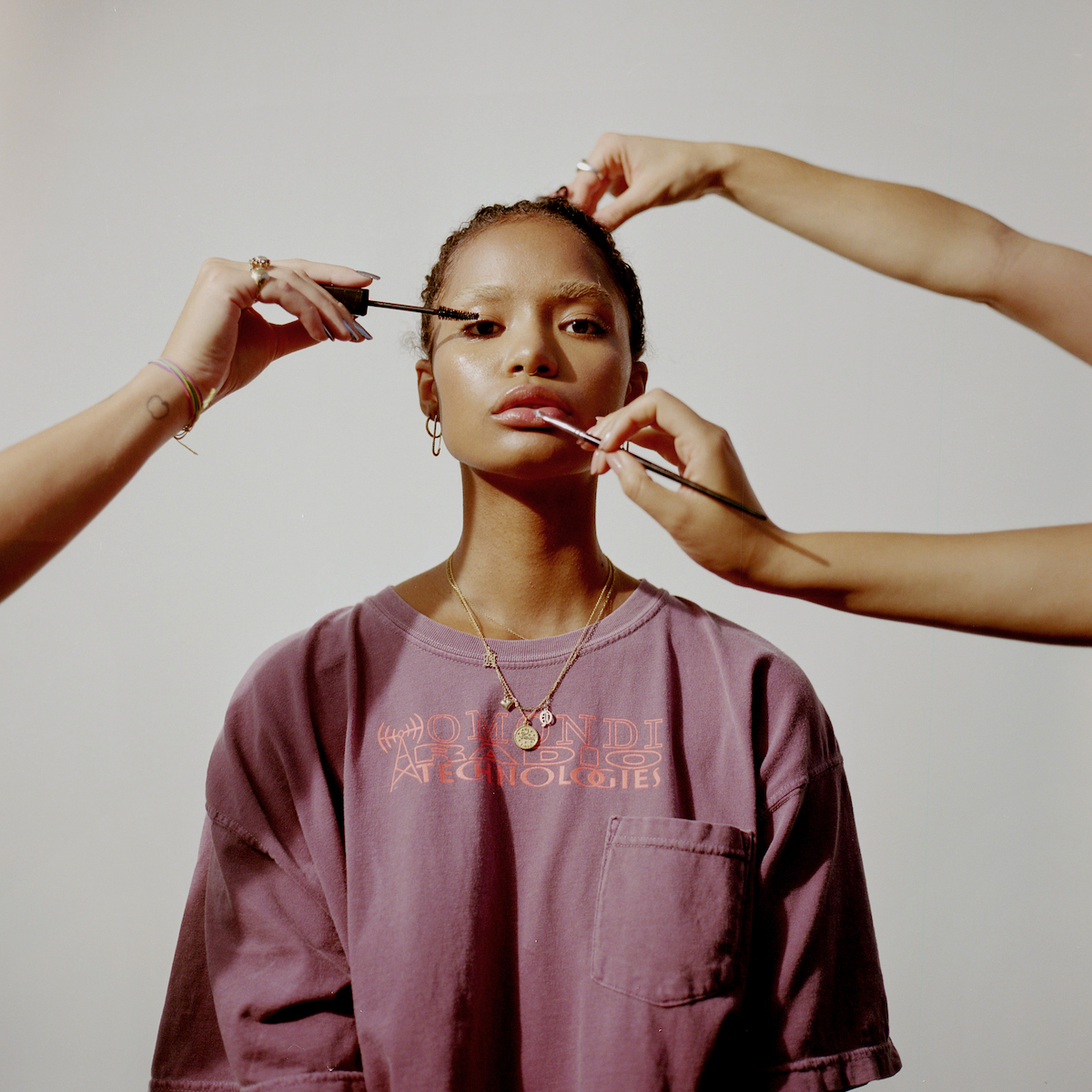 What is the music scene like now in NYC? Are there other artists breaking through at the same time that you take inspiration from?

There are always people making creative moves in New York City but most of my peers went away to college so that drastically changed the scene from something revolving around being from and performing in the city.

I don’t write so much outside of the studio. When I do end up writing there’s a lot of pressure which I really enjoy. I usually start with how I’m feeling that day or if anything’s been on my mind and run with that, there isn’t really a formula.

Do you find that your creative process is mostly different and outside the box or do you follow a guide?

I don’t believe in a guide or box for the creative process exists or that any two artists work in the same way. If there were a guide, that would be way too easy. I believe every artist is working in their own specific way through their own artistic process.

What sort of emotion do you attach to your own music?

It might just be personal but I sense a lot of nostalgia in my music.

What’s the song you keep playing on repeat now? 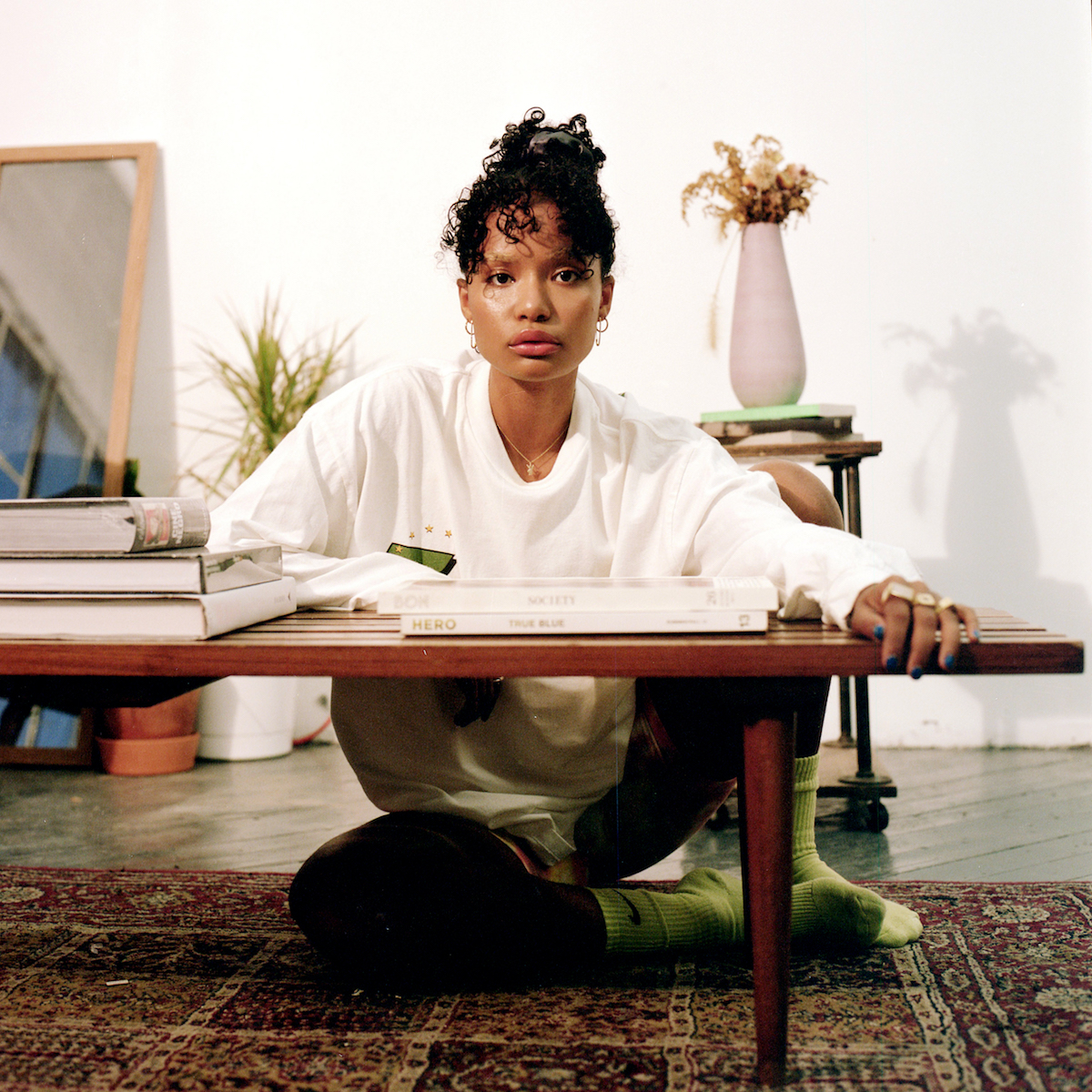 Tell me more about your musical journey? I’ve heard that you used to record yourself on the iPhone…

I couldn’t afford to pay for a studio for most of my music career so I used my iPhone because it’s what was most available to me. My close friend Stefan bought me my first microphone which I recorded a lot of music on, and my parents got me a bluebird my senior year of high school which I took to college and used a lot. I didn’t go into the studio until I was 18 and had to work a lot and save up for months to even afford to go. And I still fucking love iPhone recordings, there’s something really special about them.

What’s the exploration behind the new record, the driving force so to speak? What are some of your favourite songs that you’ve written and why?

Being able to push my limits and figure out what interests and disinterests me creatively. “Holding You Close” and back in March, I wrote a seven-minute freestyle are songs I am incredibly proud of. I hope that every time I’m in the studio I’m able to generate something that I can be proud of.

What advice do you have for the other young musician out there trying to make it with their talent?

Take yourself seriously. And take breaks when you need to.

Do you think our relationship to music has changed because we are, more than ever, always in control of what we listen to?

Yes, we have gotten really comfortable with other people curating for us and the process of discovering music is radically different because of streaming services. For example, so much music comes out on Fridays. It often feels like a battle to ensure that your music gets listened to and on the flip side, to find music that you like.

What is happening for you next?

Spending most of my time in the studio. Honestly, just working and then more working after that. 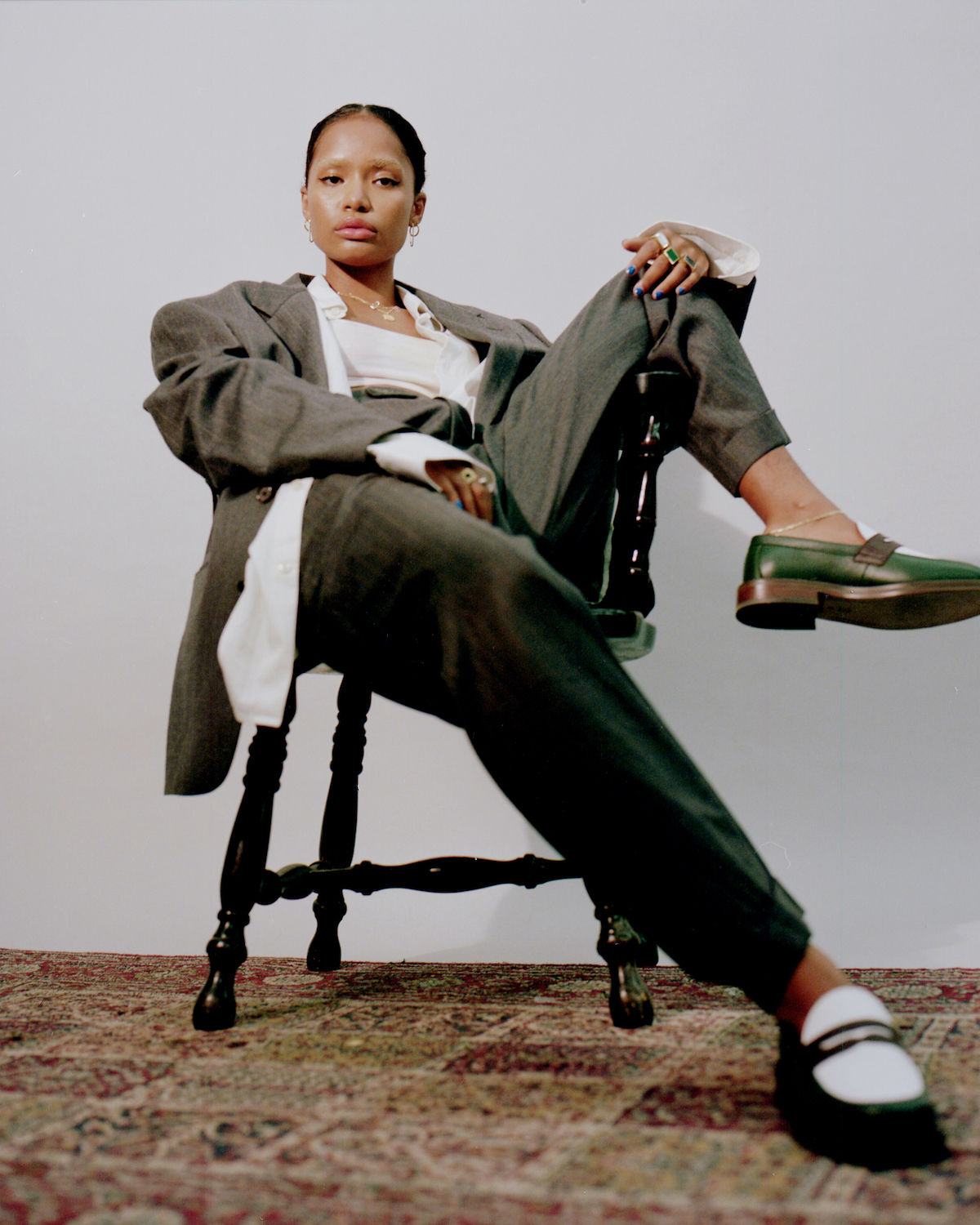 Watch the video for Elah Hale’s new track, “Posters” below and stay up-to-date with her new releases via Instagram.