Keep it real, keep it moving: In Conversation with Deb Never 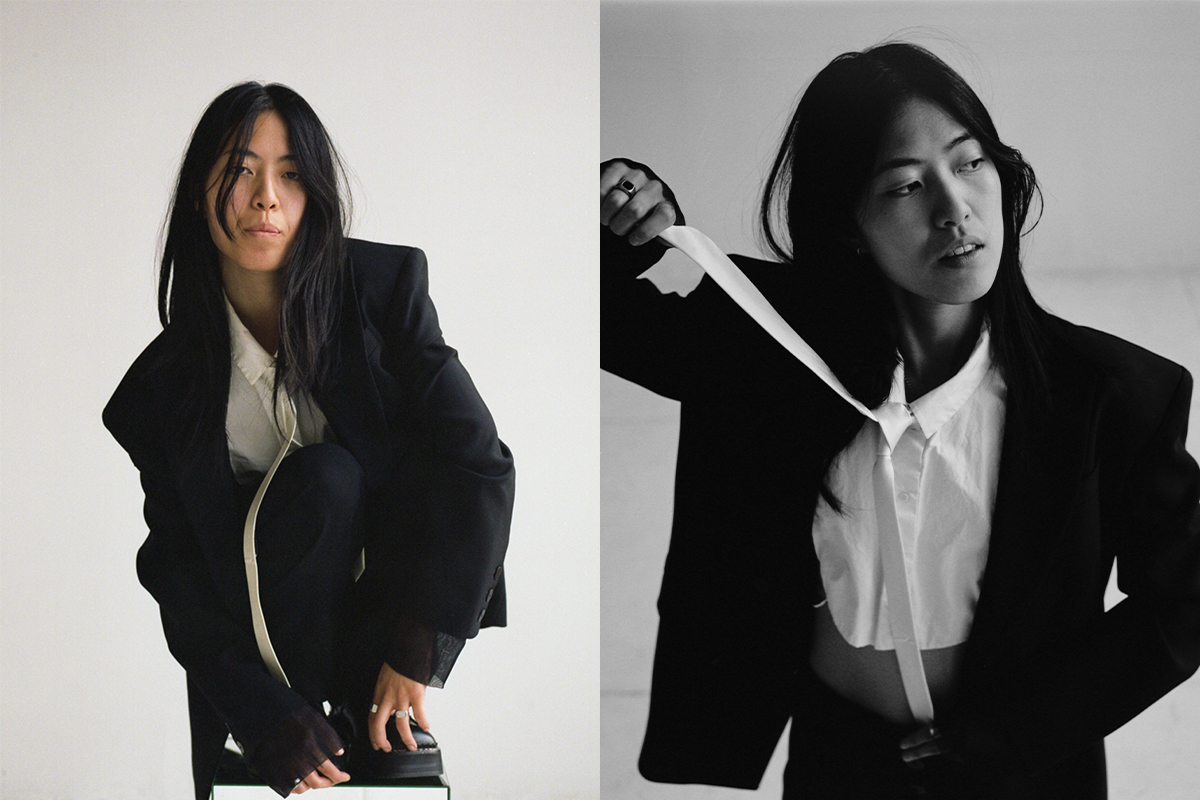 Deb Never is starting the year on a high note with her new single out today, “Someone Else”.  Following her subtly sincere and special quarantine project, Intermission, she warmly welcomes us to her next phase of work.  Constantly evolving, Never fearlessly throws herself into the world for the greater good of herself, and her music.

With a one way ticket to London, she embraced a change of scenery, sounds, and challenges to nurture her ‘sweetest’ song to date.  Much like Deb Never herself, the song’s delicate unravelling into a bass and drum crescendo provides us with the sense that there is a great deal of charged energy and passion beneath the surface giving fuel to the genuine and graceful development of her music.

In this exclusive interview with Teeth Magazine, Deb Never dives into how she got to this point and the beauty of leaving your comfort zone behind. 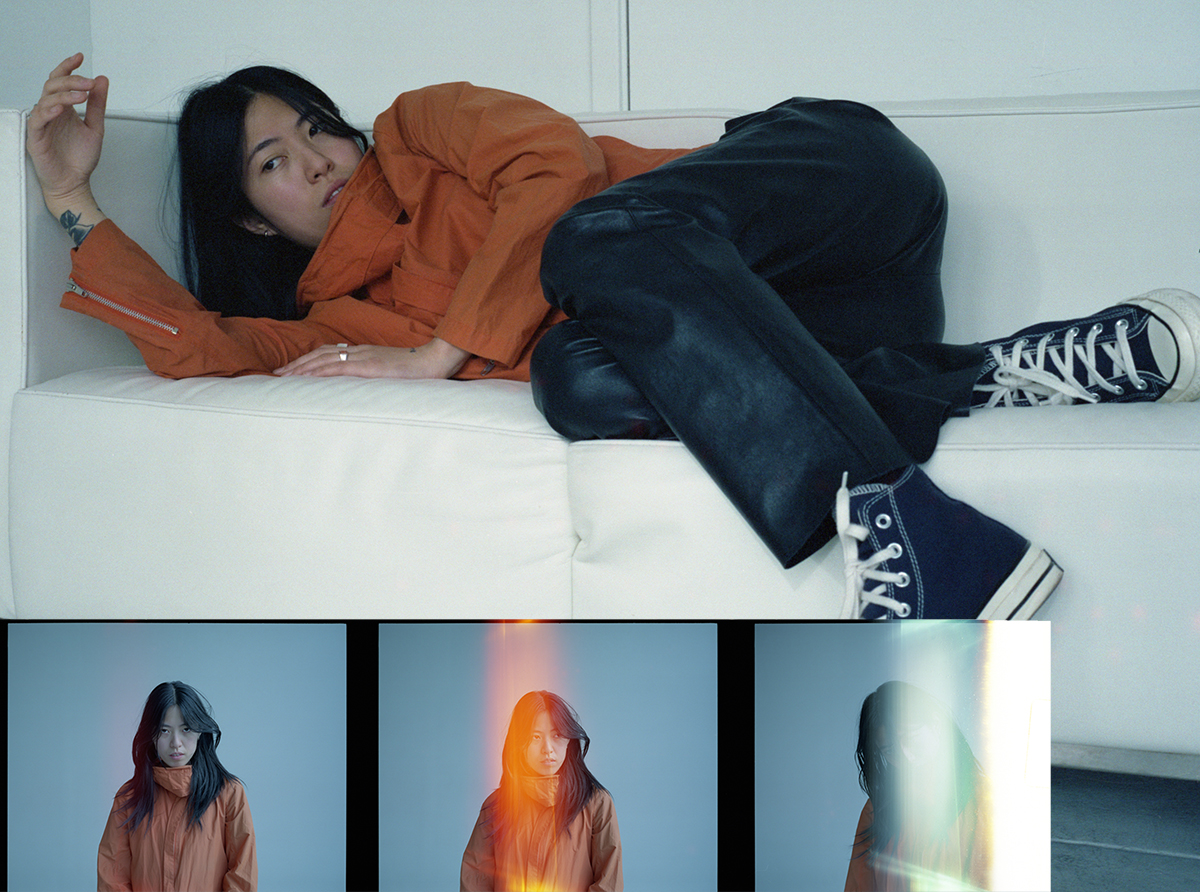 What are you listening to right now?

I’m actually listening to a lot of nostalgic music lately, honing back on the younger days. Not that older songs are better, but when something is timeless there is something to learn from that. I hate saying this because it sounds cliche, but a lot of Radiohead. It’s just timeless. But it changes day-to-day, I’m also listening to some newer artists, there’s this artist Rahul I love his song “Anecdote”, and my friend Jaxxon D. Silva

Did you find music or did music find you?

It was all really organic, but looking back I think I always secretly and subconsciously wanted to make music. When I was little, my brother would play the violin and I’d take it into the closet and play it like a guitar. Even in first grade, when we were doing Blue’s Clues style art projects, I made a guitar with a tissue box, rubber bands, and a paper towel roll. Then growing up, I would look up music videos and watch them and really study them. I just thought I really enjoyed music but I think subconsciously, I really wanted to make music. It wasn’t until I first laid my hands on some instruments that it kind of came naturally. I made music, but never took it too seriously because I was scared, it was my own little secret. I was always naturally drawn to it. 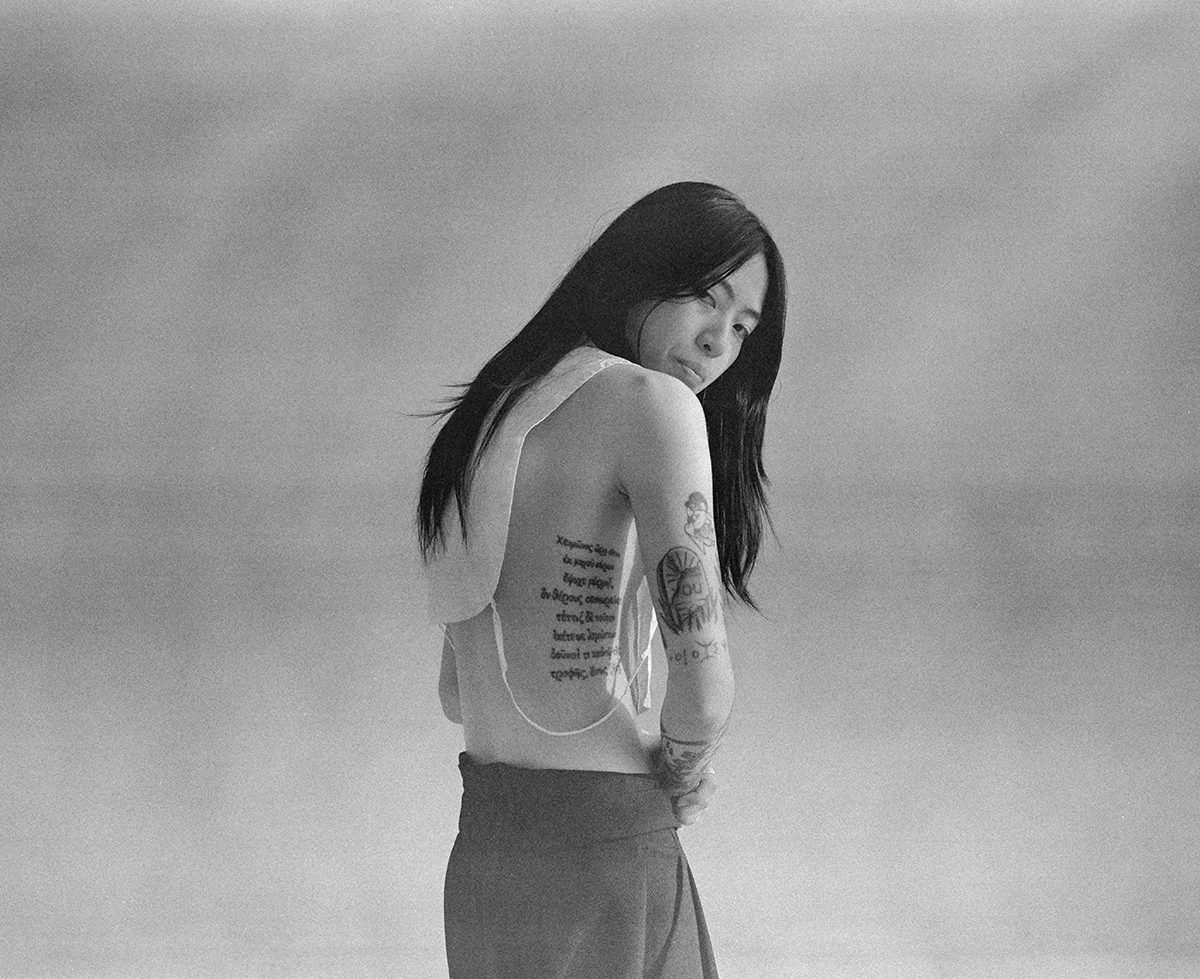 When you love something so much it can be scary to assert yourself there, it’s a really vulnerable place to be.

Definitely, any type of self-expression is such a vulnerable place – music, painting, photography, acting, all of it.  No matter what it is, and with music, you have to open a part of yourself to be able to give something.

Speaking on that, I want to show some love to Intermission.

It was definitely more a practice of letting go. I made it at the beginning of lockdown and even though we were isolated I still wanted to create.  There also wasn’t any pressure for me to release anything, so I can honestly say Intermission was the rawest and honest form of music that I had made and it shows a different, more intimate side. It was basically my sonic diary. It was just me in my room, alone, figuring it out which goes back to how this all started which was really satisfying and a testament to this intimate side. It was equally as freeing as it was growth because now with the new stuff, it’s a mix of Intermission and the bits of what Deb Never is.

“Someone Else” definitely feels like a natural progression, how did that song come together?

Do you think London played a unique role in influencing your new music?

Yeah, definitely. I think the thing that cities bring in general, is energy. Beyond the environment, beyond weather, beyond the architecture of things, I really think it’s energy. I think when you go somewhere where people are creating things for no other reason other than to just make dope shit and come up with new things. There’s nothing to prove, it’s just so raw and I think that energy in London is something that I really drew a lot of inspiration from.

Anywhere that’s a contrast to where you normally live, anything that sparks being uncomfortable because you’re completely switched out of your element, to me is important to the creative process. That’s just how I like working, I think being uncomfortable brings out growth and fresh ideas because you force yourself to think outside of your comfort zone, use different sounds, you’re working with different people with completely different tastes. All of that accumulated is super inspiring. I need that sudden switch.

I feel like collaboration is central to a lot of your work, how has working with specific people and friends impacted your work?

That’s also why I got super lucky in London is that I had a friend out there, Michael Percy, who also worked on this track who I felt super comfortable with. I feel when you’re comfortable with someone and you have a good working relationship or have similar creative ideas, you can bring new things out of yourself and that was the thing with him, I felt comfortable enough to be able to try different things and dive into different sounds and learn. So I got lucky with that London experience with Lava, Michael, and Jam being there. 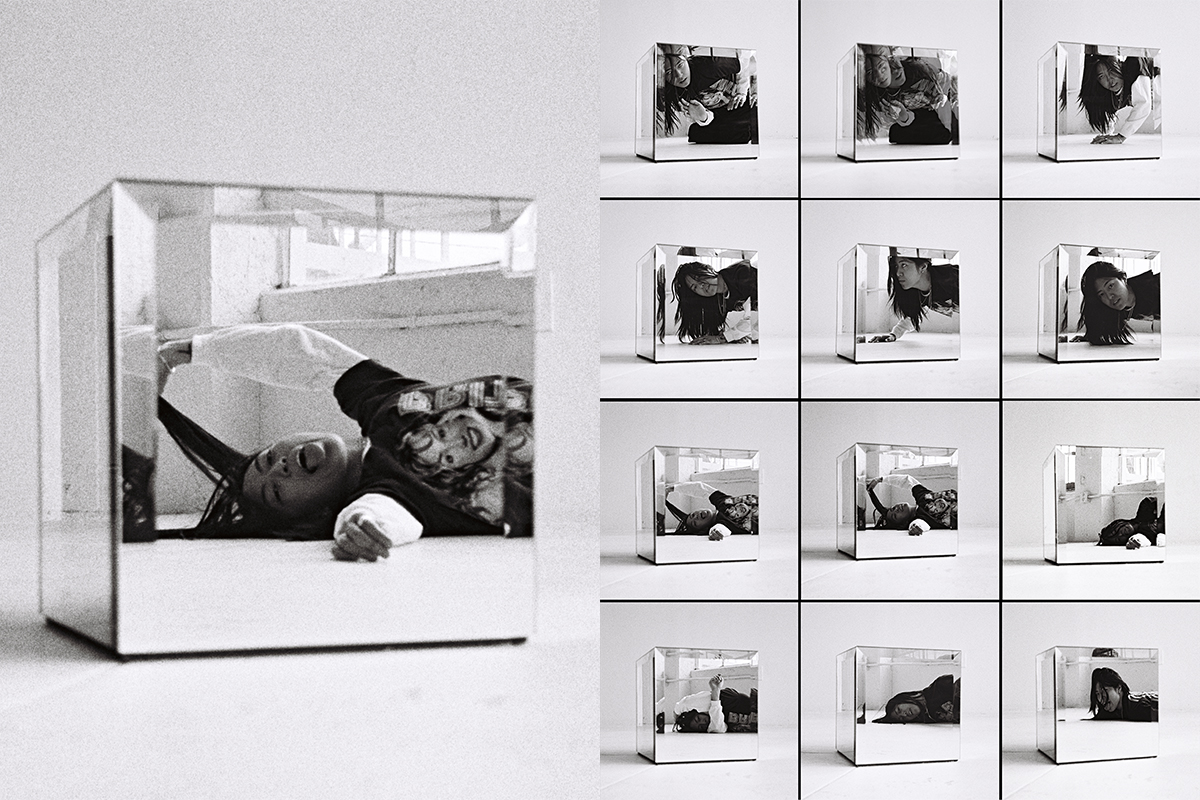 I think there’s a little bit of luck involved, but sometimes the right people just find each other… it feels like something bigger.

It’s about pushing through that…

Yeah, that’s the biggest thing. Feelings that aren’t as positive are inevitable, I struggle with that every day and I know I’m not the only one, everyone struggles and everyone’s going through something but I think it’s important to always try to keep your head above the water.  Manifesting or believing in yourself,  believing in something is the thing that holds hope, that gets you out of feeling terrible, no matter how dark shit gets, you’re your only way out.  If I didn’t have that power of belief in myself, or the power to want to do this, to make sure it happens, I would definitely lose myself.

Where / when do you feel most yourself?

I love being in my room.  I always need a guitar in my room, no matter where I’m at I always need at least one guitar. Ya know how babies have little blankies?  That’s what a guitar is for me. Not because I’m Slash and just ripping, but it’s my safe zone.

I also have my secret hidden overlook in LA, that’s my spot.  I have a hard time sleeping so that’s where I go to retreat and to be still or mentally escape.  It’s important to clear your head and quiet the noise.