Women Only, Please: An interview with the powerful force behind London's all-female Members Club, Marguerite.

Interview by Lara Monro
Special thanks to Joanna Payne 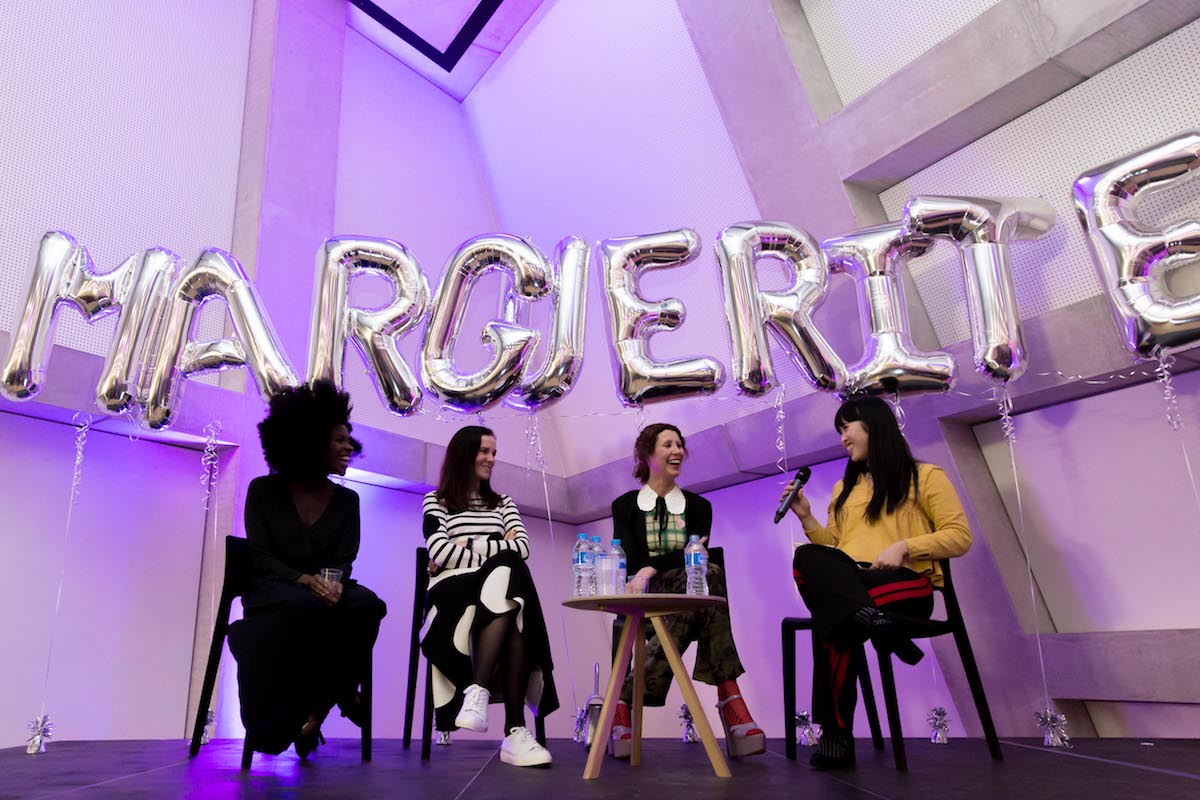 Marguerite is a members club, exclusive to women working in the visual arts. The premise of the club is to curate and host special events which allow like-minded individuals the opportunity to meet and connect with one another. Past events include panel discussions with influential figures such as Julia Peyton Jones and Victoria Siddall as well as studio visits with artists including Celia Hempton. Marguerite draws inspiration from Peggy Guggenheim, as it aims to “uphold Guggenheim’s confidence, ambition and vigour — her fearlessness and her recognition of the importance of surrounding yourself with intelligent, generous people to expand your own knowledge and network…” It also acknowledges recently appointed Director of Tate Modern, Frances Morris, for her powerful public statement;

“It has taken me a long time to work my way up the institutional hierarchy, which I suppose typifies the situation for many women”…“They’re allowed to do great projects, and author individual aspects of their work but to take institutional responsibility has been much more difficult.” “It’s still a boys’ club, no question in my mind.”

The obvious gender pay gap is unavoidable, refusing to have closed in years. As discussed by Katie Allen in her article for the Guardian back in April 2017;

“At 9.4% in 2016, the difference between average pay for male and female full-time employees was little changed from the 10.5% gap five years earlier…One analysis, by consultants Deloitte, estimated that at this pace the pay gap will not be eradicated until 2069 – or 99 years after the Equal Pay Act.”

Faced with sobering and alarming statistics such as these on a regular basis, it is unsurprising that the twenty-first-century woman can find herself feeling despondent, isolated and uninspired within the workplace, and Marguerite came to fruition in response to this all too familiar dilemma. To learn more about the club and its growing success I met up with the woman behind it all, Joanna Payne. 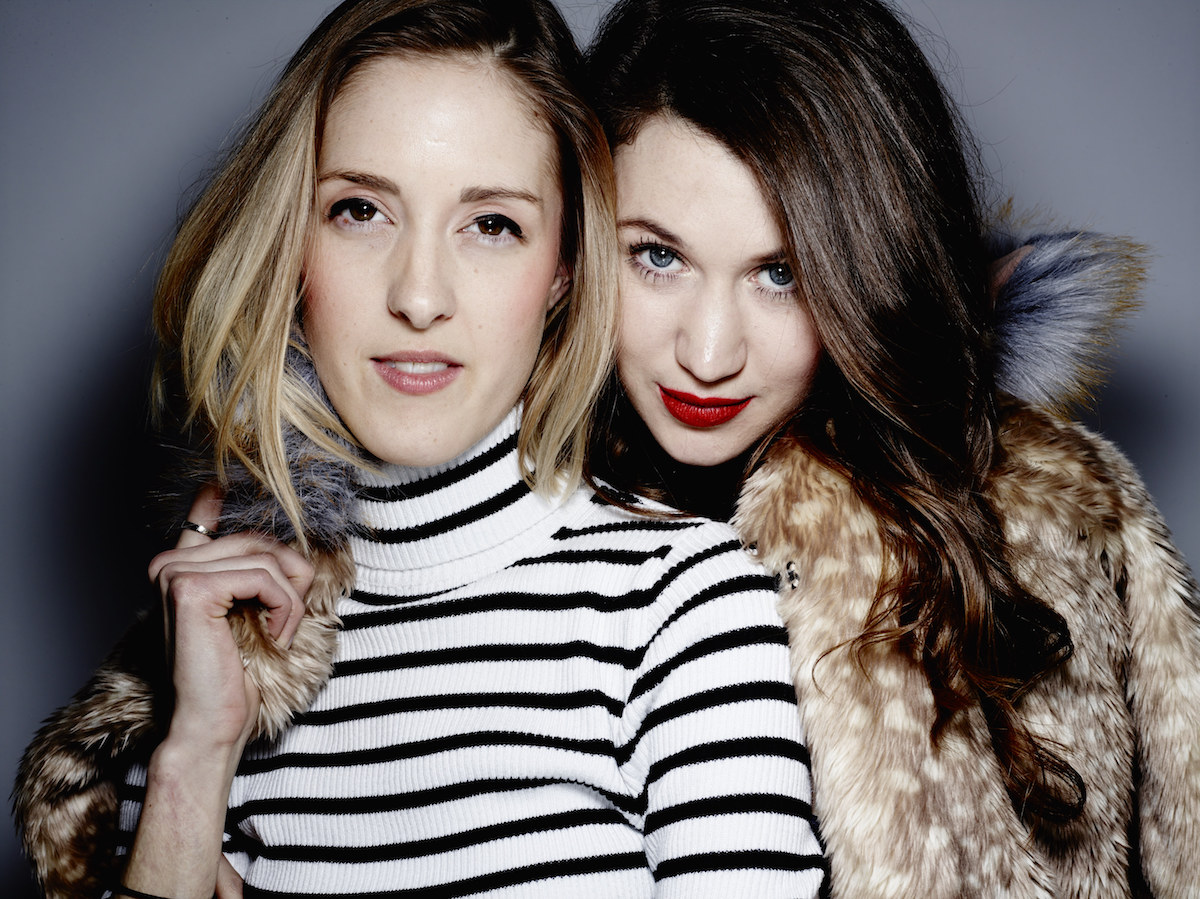 Before meeting Payne for our interview in a café in East London, I had heard only good things: how easy she is to talk to, generous with her time and overwhelmingly supportive of women working in the arts, who she strongly feels should be recognised more for their potential. She did not disappoint, and began by explaining how the idea for Marguerite came about:

“It came from witnessing so many women working in the art world, who would often talk about how difficult they found it to realise and feel their potential. For instance, it was very common to hear of women talking about wanting to get a pay rise and hearing of someone else (usually a man) getting one instead, but that would often be because the man would ask for it…”

Since starting in Joanna’s sitting room initially, Marguerite now attracts vast numbers of women in the arts to sign up for its regular talks and events, as well as prompting influential figures to show their support and appreciation of the important concept behind the club. Payne mentioned during our interview that she, in fact, had an event happening that evening; a conversation between Founder & Director of her ‘eponymous gallery’, Sadie Coles and Head of Collections at Soho House & Co., Kate Bryan;

“the most important thing about this whole journey for me is the overwhelming amount of support I have had to get Marguerite to where it is today; we have had so many amazing speakers, including Sadie Coles this evening. I was speaking with Art Recruiter, Sophie Mcpherson just yesterday who commented on how amazing it is that Sadie is talking as she is known for being very private. It means a lot to know that people are so behind us.”

With over seven years experience in the contemporary art word, it is undeniable that Payne’s connections have been invaluable. She credits her time with Frieze and Photo London, where she worked as Head of VIP Relations and Senior VIP Relations, as being crucial to her understanding of what was missing for women in the arts;

“At Frieze, I was organising top-tier events for big collectors all around the world. These were implemented as a way to encourage clients to come together and connect; they were geared around the importance of interaction and communication. This was when I thought that I could do the same thing, but for women. I enjoy interactive events as I believe they encourage strangers to engage more, to turn around and talk to the person sitting next to them so that they can discuss what it is that they have come to participate in. It goes without saying, everyone at these events has a common ground since they are all there for the same reason…” 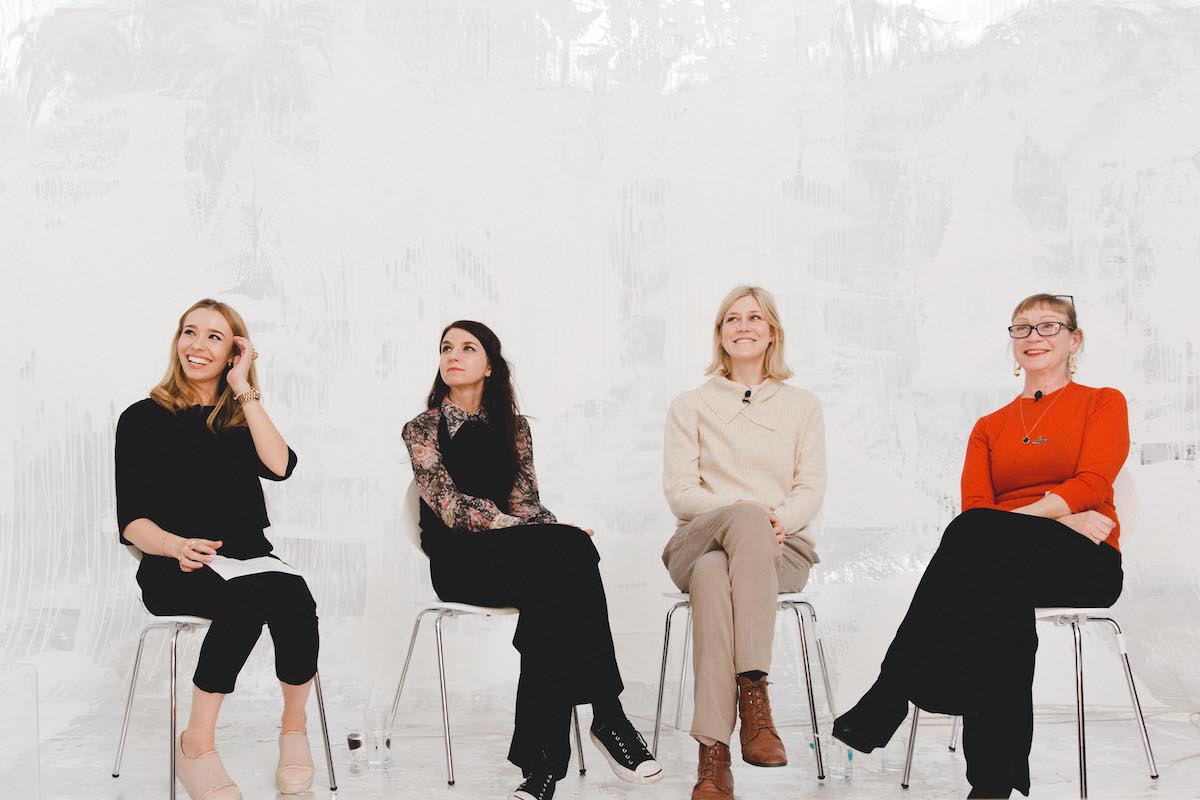 My first encounter with Marguerite was rather serendipitous, but the connection that I have maintained with and through it since has been one of consequence when it comes to the progression of my career. I attended my first Marguerite event back in January 2016. This was kindly hosted by the philanthropist and collector of female contemporary artists, Valeria Napoleone. Known for her advocacy of the representation of women in the visual arts, Napoleone has continued to be a strong supporter of the club since the beginning, as she states;

“A platform like Marguerite is empowering and exciting for women in the arts. It is about understanding the art of connecting one another and staying connected, creating a real sense of community. Especially for women – for whom one of the most penalising aspects has been a sense of isolation and loneliness in their lives and endeavours. A structure like Marguerite will be empowering and inspiring to all of its members and beyond.”

Having secured my position at a commercial art gallery through some connections I made at the event, I then went on to interview and write an editorial piece on Napoleone for the Saatchi Magazine, again thanks to my connection with the members club.

Joanna’s delight in hearing my testimonial was evident exclaiming that stories like mine are the reason why she started the club in the first place;

“This is the whole point! I love this stuff. I was thinking just the other day that I should start doing video testimonials – like yours – as people have begun to connect professionally; jobs, projects, that kind of thing. It is important for me to document these sorts of stories as they capture the essence of Marguerite, which is to allow women the possibility to collaborate professionally and creatively.” 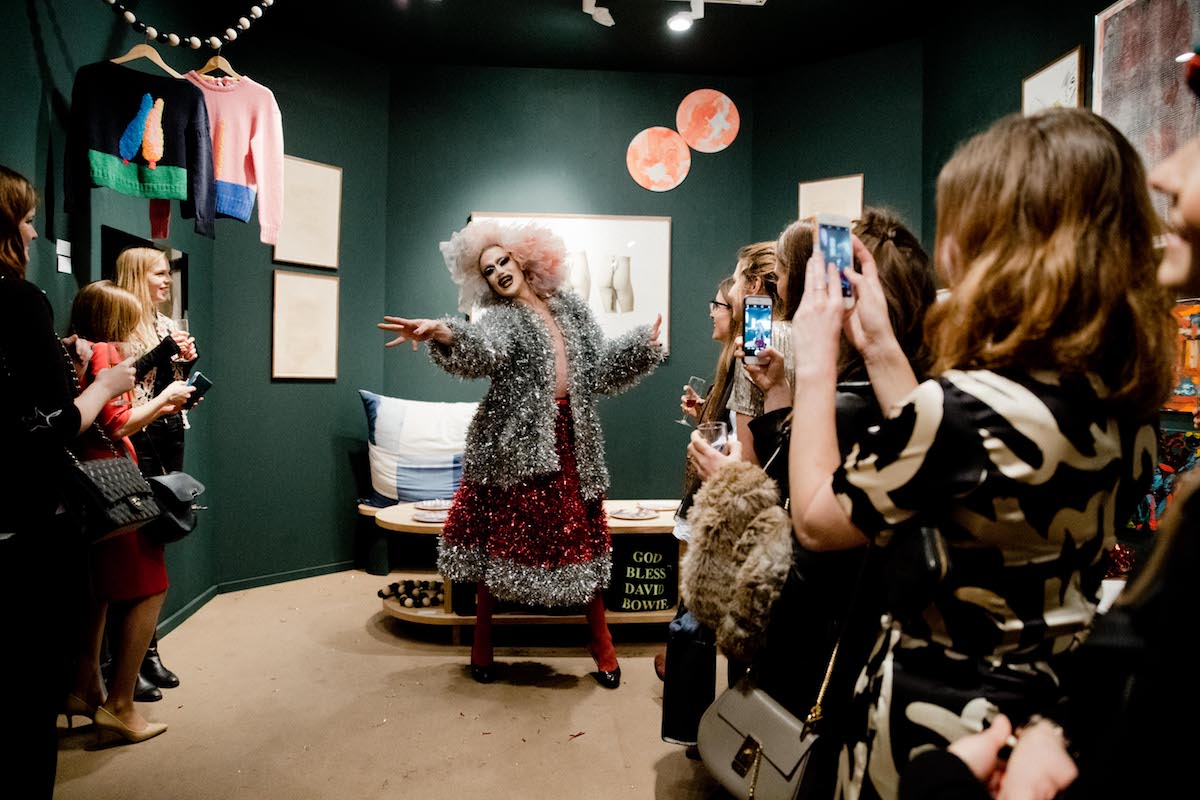 Since Marguerite continues to grow its number of subscribers in London, it seems like an obvious idea for the club to expand beyond there. Many metropolitan cities across the globe would appear to be considerably lacking in clubs such as Marguerite, yet these cities have a growing number of women who are also determined and driven to succeed in their visual art scene. Payne’s response to this reflects her realistic attitude towards Marguerite, and highlights her genuine passion for providing a service that benefits its members and is not just about expansion and the success of the club’s name;

“I don’t want us to run before we can walk. I want to be established. Marguerite was born out of me living in London and working in the City’s art world for seven and a half years. I want to do it slowly. I want to do it right.”

Payne’s modesty is admirable when I ask if she ever has to pinch herself when she takes a step back and sees how far her idea has come in such a short space of time: She responds;

“If I am completely honest, no. It’s hard when you are in the thick of it. Everyone says, ‘it’s going so well isn’t it’, but when you’re behind the scenes, it’s hard to be able to take a step back and observe what is going on from the outside in. I feel I know too much, maybe I need to step back a bit more sometimes. I know that I have a wonderful job and that I am fortunate for the lifestyle it permits – I am constantly grateful for this. It is an amazing thing to see how much it has grown. But at the end of the day, as I mentioned before, the most important thing for me is the overwhelming amount of support I have had to get Marguerite to where it is today.”

Offering three membership options; Marguerite, Marguerite 1938, and Guggenheim Jeune there is something for all women working in the arts to suit their budget, social calendar and level of profession. Just like its founder, Marguerite is focused on giving something back to the women who work so hard to succeed in a fiercely competitive, niche and often cliquey industry. It is a social network, but refreshingly devoid of any awful networking events with warm wine and name badges. It clearly ‘does what it says on the tin’ and it is becoming more and more apparent that women are coming together, and uniting through Marguerite, while at the same time enjoying inspiring and engaging events that educate its members and their guests.

To become a member of Marguerite, follow this link.