The Transparency of Longing: The film AGATHE by Jenna Putnam & Agathe Pinard 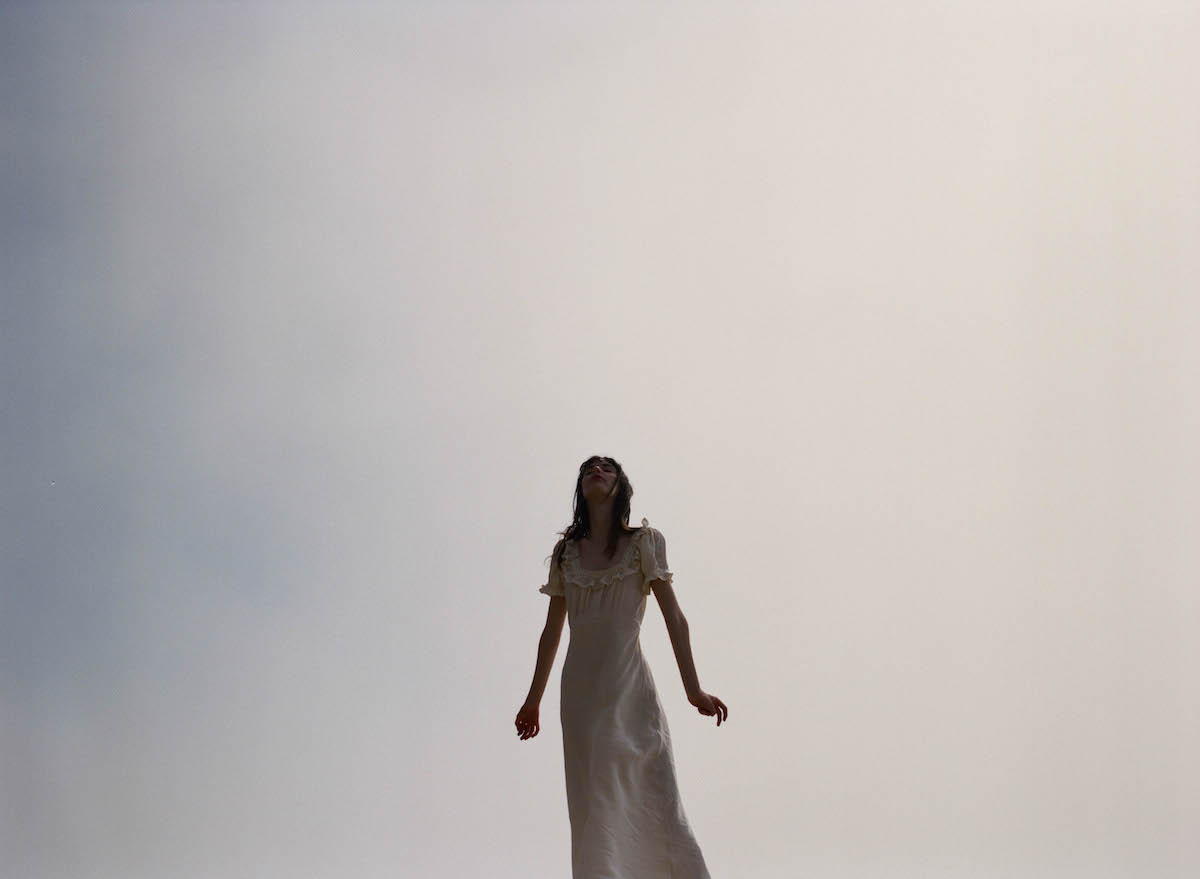 [Brit Parks]
A doubling of missing. A void is a fact verified by a heart asking questions. Jenna Putnam is known for her visceral vision in every medium she touches, I envision the film responds to her highly precise eye that can measure the silence of pain by showing us the forms it takes. 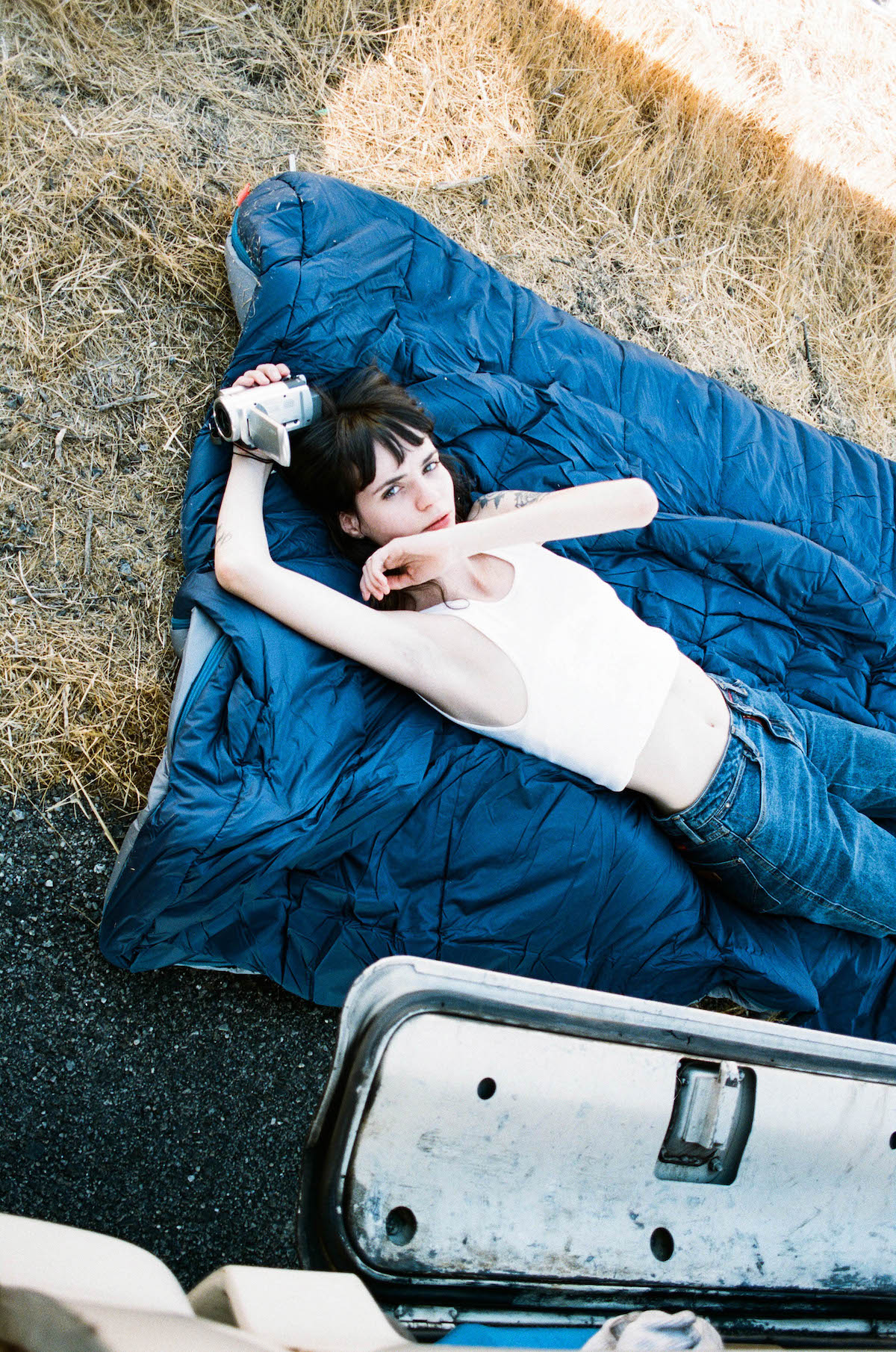 Her film “AGATHE” stars the star of her story, a lithe French girl who weeps as close to the camera as is possible to keep her in frame. It harkens to Godard and his particular framing of emotions singled out amidst a wave of subtle chaos. In this case, Agathe is the muse of an overcast creek bed surrounded by tree guardians. We need a tree limb as an arch to imitate our own mouthy secrets, we need water as a communion of hope. Loss never occurs how we imagine it will, there is a profound soundscape in the film of delicate little wishers. Agathe haunts a campfire that offers the ancient drug of smoke. Fire listens to the sorrow-held nymph worrying about her memory and its pendulum she can’t control. Memory is fragmented yet Putnam finds clarity in the fragments. She gives us a double vision of white apron tree dreams to explain the race to survive. 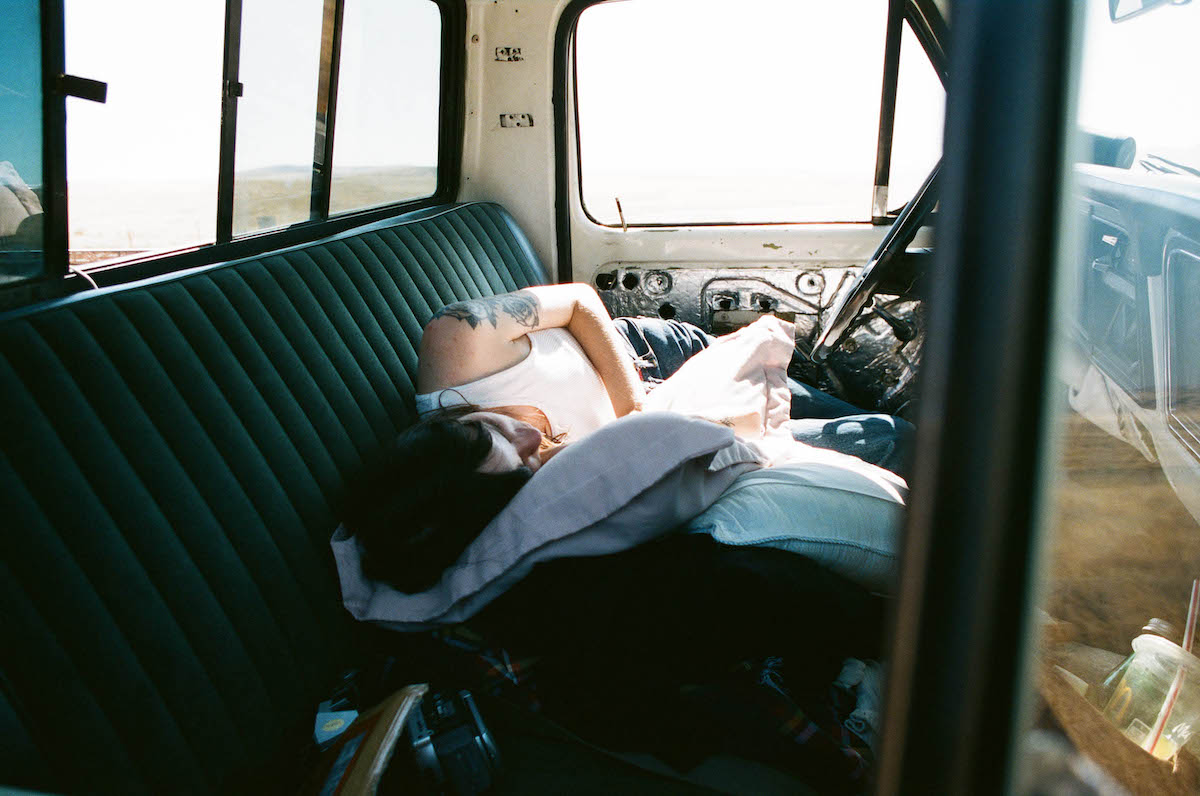 Her film cuts feel like a thoughtful curation of the delicate vow she makes to her subject to document whilst keeping an intentional stage that leaves the subject safely held. Transparency has never meant knowing everything. Transparency is an ambition to marry vulnerability, it’s a fake marriage of impermanence. We can’t drag around our tragedy like a pile of glass cans trailing us from the ceremony that never happened. Just married. Just here.

[Jenna Putnam]
I first met Agathe last year, just before quarantine started. I was immediately drawn to her gentle beauty… timid yet bold and full of emotion. One summer afternoon we were sipping velvety red wine next to the L.A. River, talking about making a film together, though we didn’t know what about. Agathe mentioned that it had been ten years since her father passed away and that she had wanted to do something special in his honor. I asked her to write a couple of pieces about him, which ended up being the narrative of the film. She had also been reading “The Year of Magical Thinking”, in which Joan Didion describes grief as a weight we carry each day, how it fumbles through our fingertips and shatters on the floor just when we think we’ve started to heal. 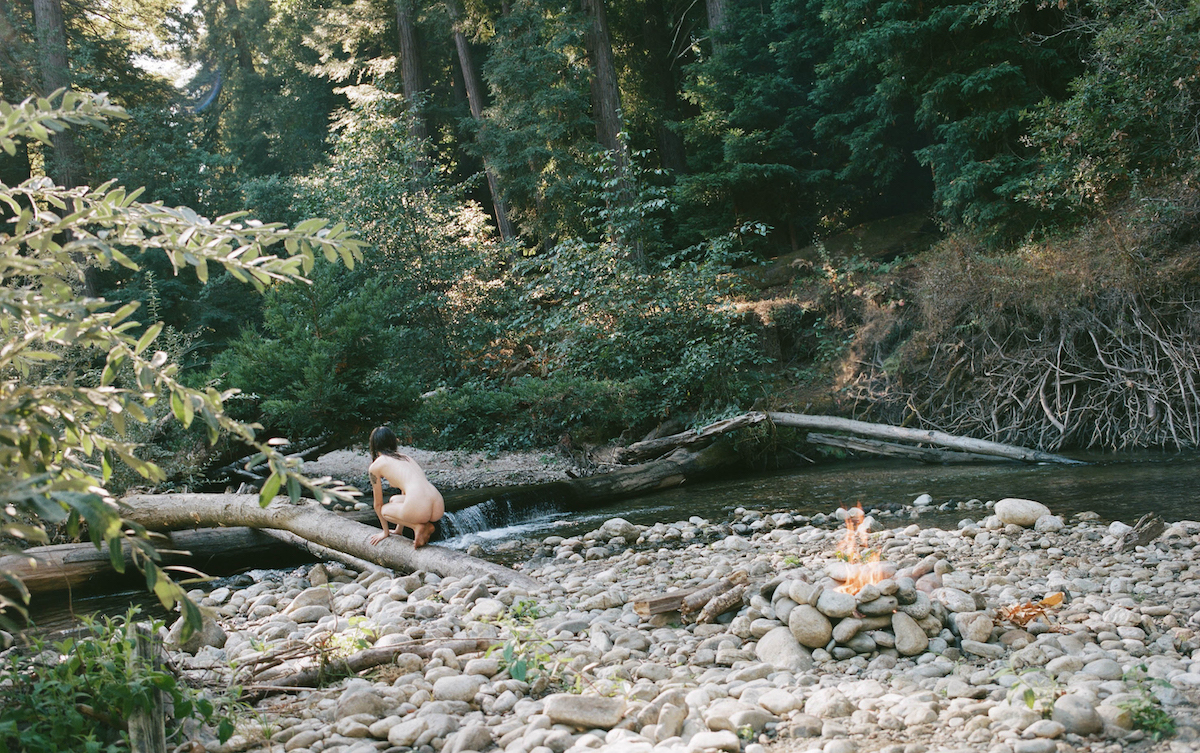 At the time, I had also been talking with the cinematographer Dominic Haydn Rawle about doing a project. He knew Agathe as well and was on board immediately. He had some beautiful suggestions on the shots and spoke a similar language in the sense that the lexicon of filmmaking can be poetic and does not always need to be spelled out. He has a sensitive eye but is also a wild man, afraid of nothing. We would drive around Big Sur all day looking for the perfect scenes where Agathe could wander around with her thoughts and memories. The three of us were incredibly vulnerable with each other, spoke of our traumas, and allowed ourselves to show our raw nerves. I don’t think we would have been able to get the emotion we did on camera had we not all bared our souls over the roaring campfire and open road.

We tried to capture the shape loss takes after years of living with it, how over time it transforms into grace. Light wrapped around a hillside, the familiarity of a gentle breeze, the way the ocean shifts just after a storm. Aside from the memories that swim endlessly in our minds, our loved ones visit us in dreams and speak to us through the earth. Perhaps the way a certain star flickers and falls, a presence felt that awakens the spine, drawing tears from our eyes that salt the ground we’ve traversed with such frequency we forget gravity exists. We forget the very thing that holds us back from soaring towards the heavens.