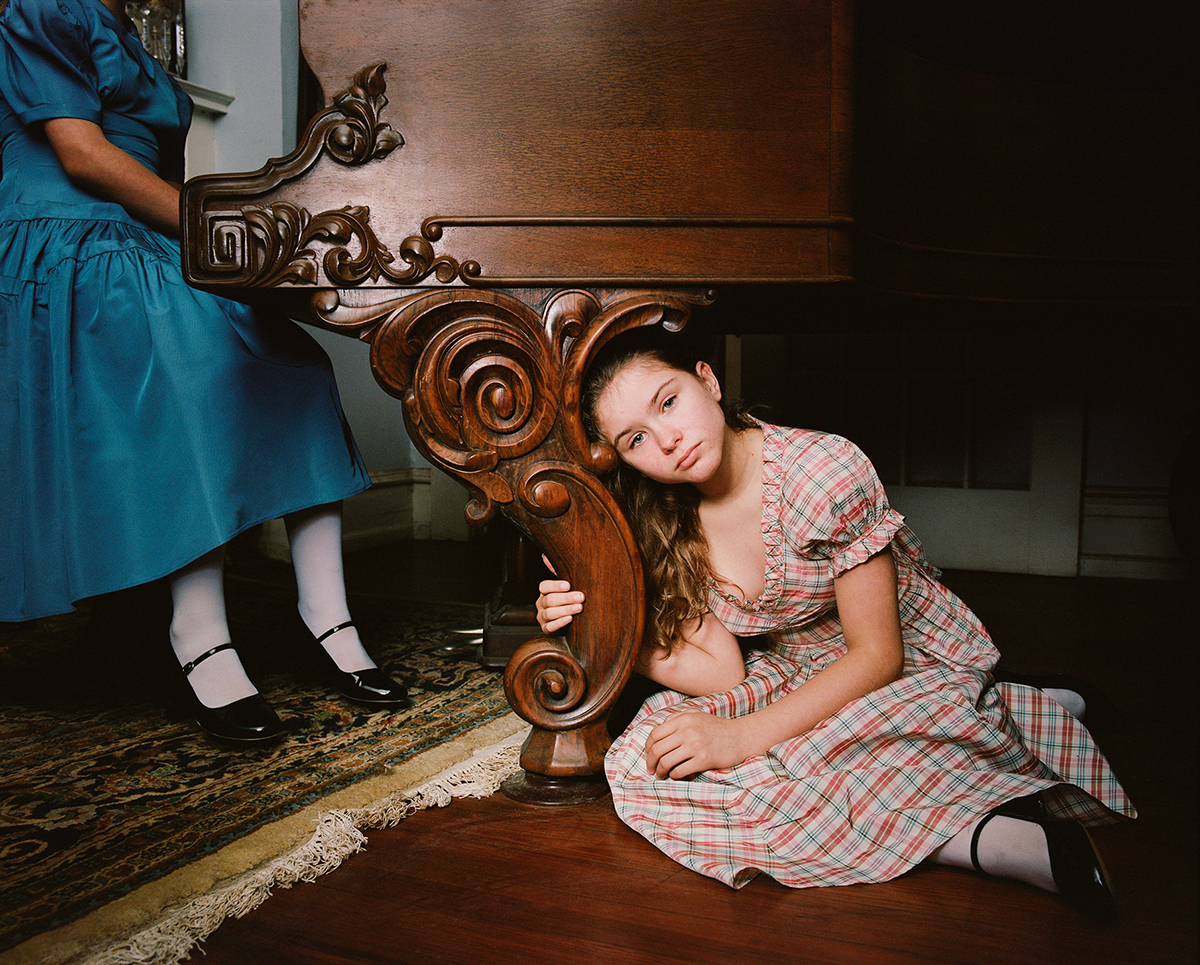 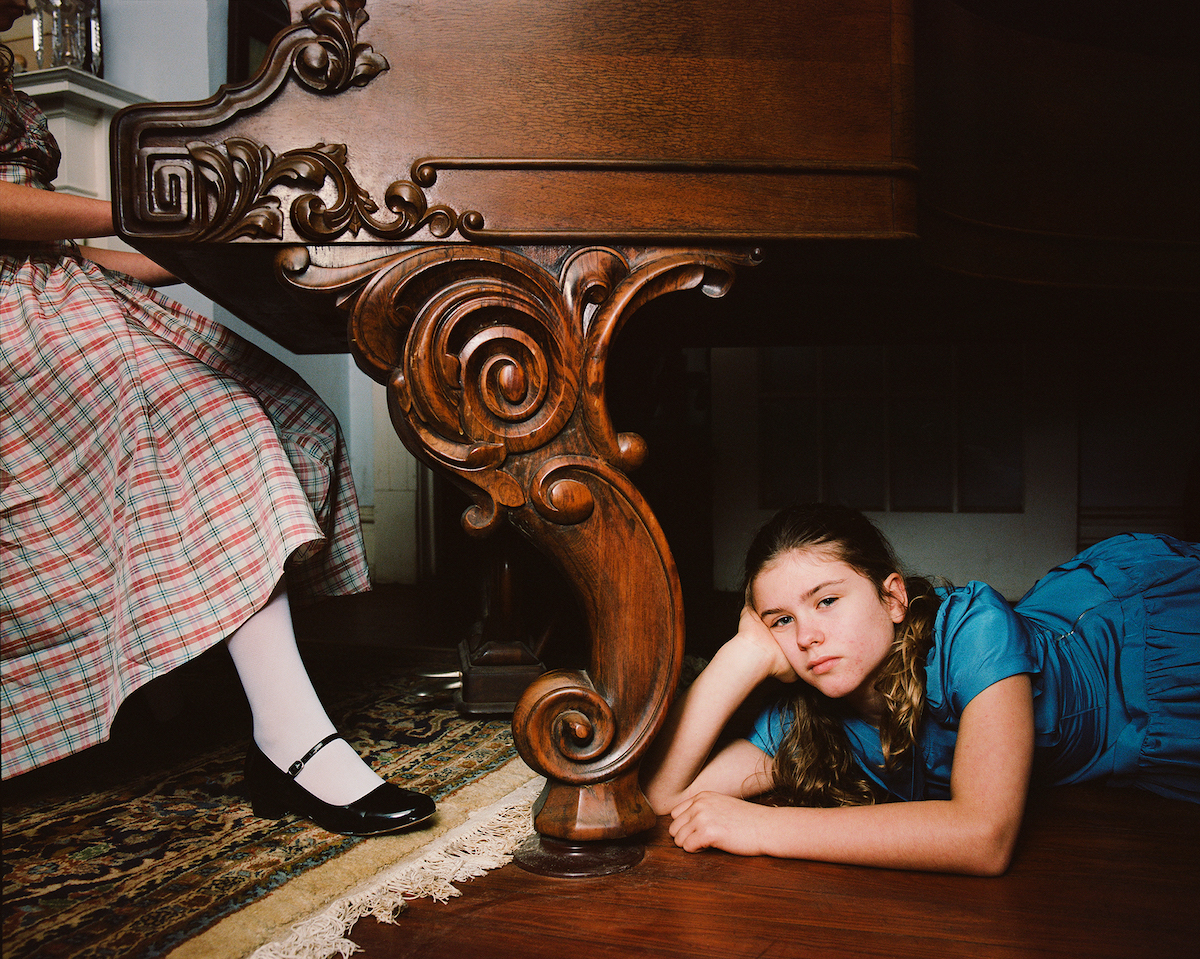 Accomplished photographer, Logan White, presents her latest series, “Recital”. Photographed in Macon, Georgia, where she was born and raised, these images reflect the influence of her seventh generational Southern Gothic upbringing. The allegorical nature of White’s work reflects an interest in Northern Renaissance painting, with its awkward formality, iconography, and symbolism. She weaves her family’s distinctive matriarchal history with the tension of our contemporary climate. In this exclusive interview with Teeth Magazine, Logan White presents an insight into her personal body of work, investigating the emotional weight and impact of historical environment, tradition, and posterity. 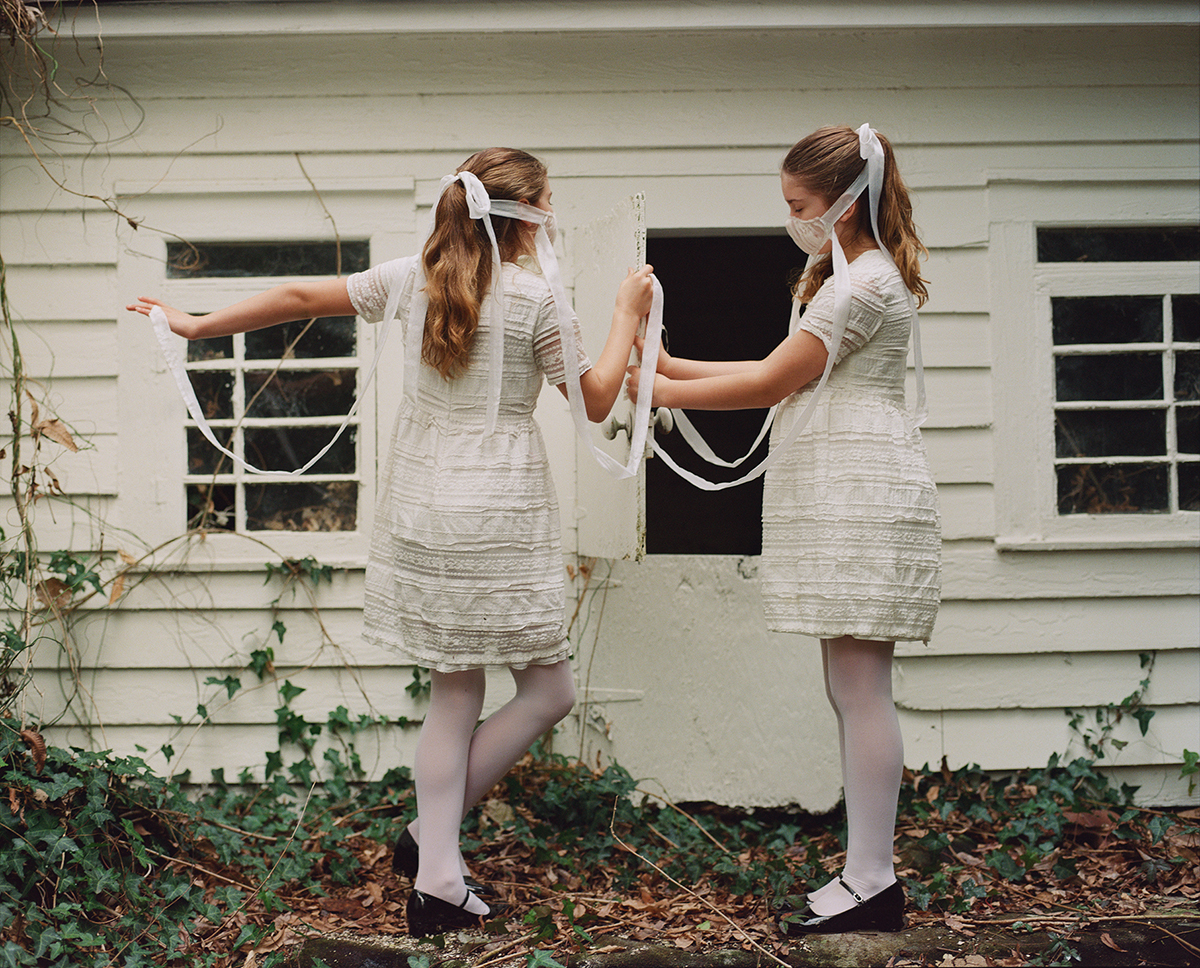 Why Recital? What motivated this series?

Like so much of my work, this series was inspired by my mother, a classical concert pianist devoted to her craft. Growing up, I can recall her practicing six hours a day, the sound of the metronome, and being ripped from her arms crying when she had to go on stage to perform. She took care of my brother and me as a single mother, so I grew to feel like the composers of the pieces she played were my father figures, especially the Romantics like Rachmaninoff, Chopin, and Liszt. I remember sitting at the top of the stairs crying over how beautiful Für Elise by Beethoven was, and when I was a little bit older she taught it to me, and I performed it at the funeral reception of her Juilliard teacher, Adele Marcus. All of these things made me want to explore themes of perfectionism and bondage in femininity and classical music. I felt like “Recital” was an appropriate title literally and symbolically. 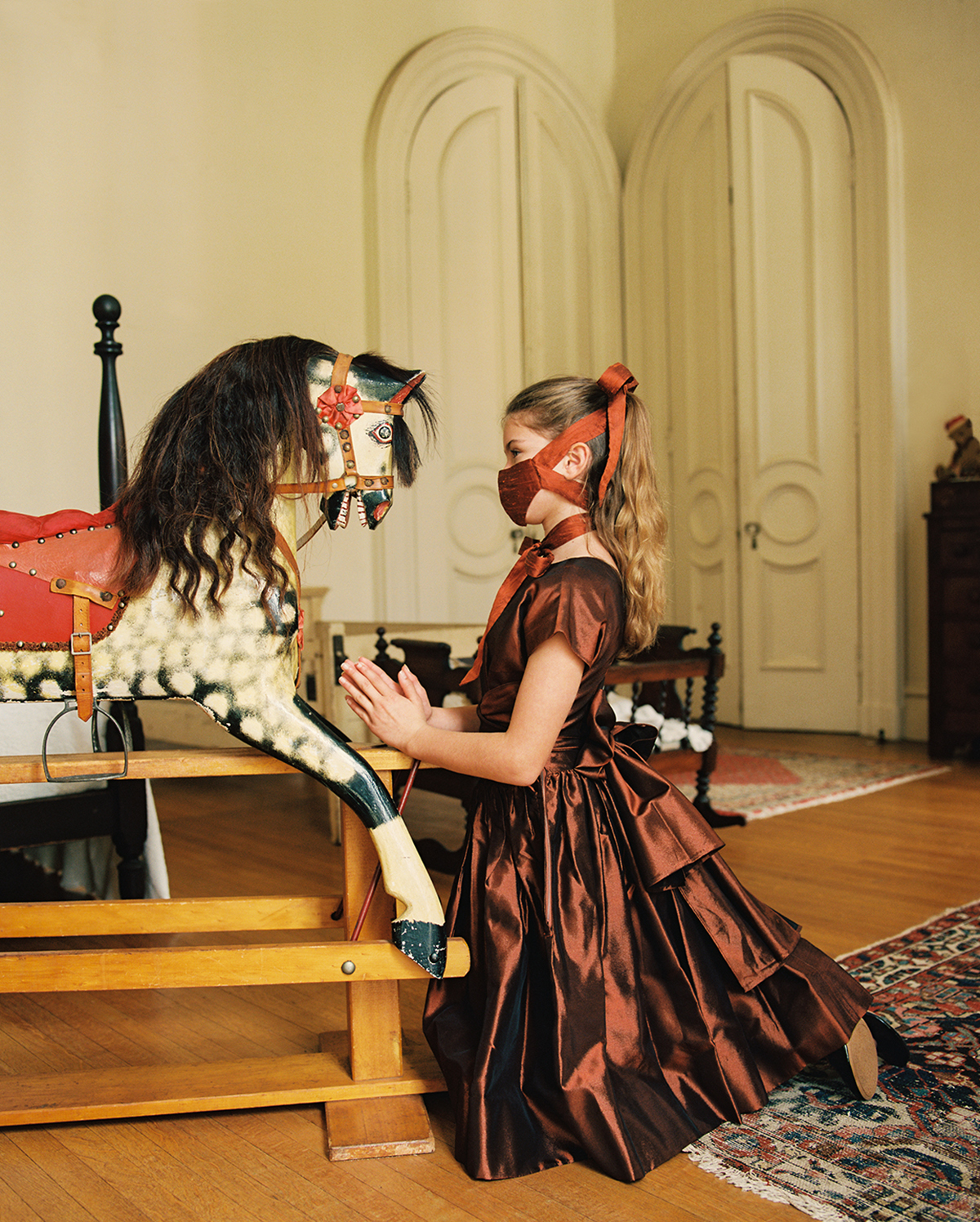 How has growing up in the South informed your approach to photography and work in general?  Are there elements you wish to convey?

I often think about the time when I was five years old and discovered a book at my Grandma’s house by architectural photographer Clarence John Laughlin, called “Ghosts Along the Mississippi.” He would create these haunted tableaus, like spirit photography, using motion blur and double exposures, with ominous figures amidst the ruins of these dilapidated Southern mansions. He would write poems to accompany the photographs with titles like “In Sorrowful Light.” I was completely swept away, comforted by the familiarity, but aware of a darkness that permeated this place I considered home. 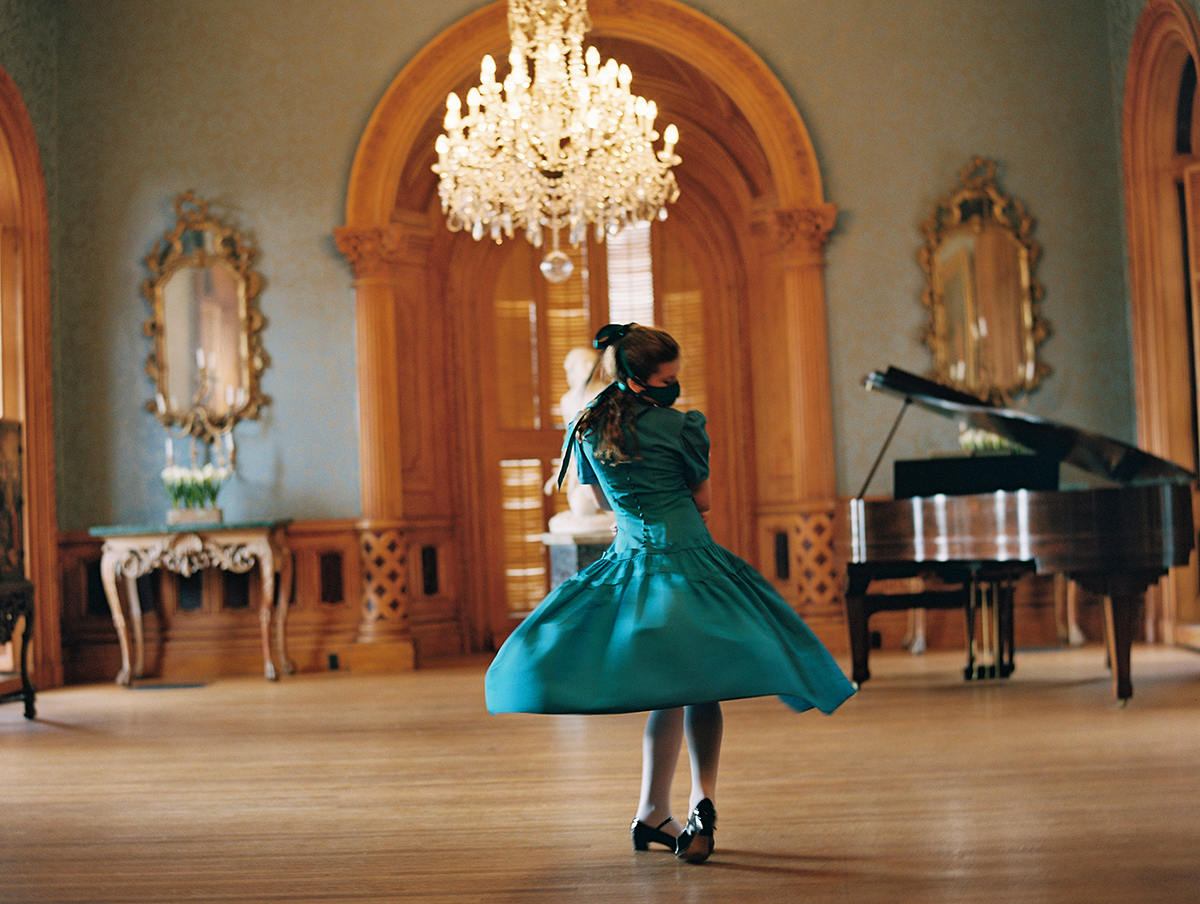 Where does this story take place?  Can you unpack the locations and the role they play?

The pictures were shot in Macon, Georgia, in three different houses. The house I grew up in, designed by esteemed Southern architect Neel Reid in 1905, which also serves as a concert hall, art gallery, and Steinway museum called Little Carnegie of the South (my mom has collected five historic Steinways ranging from 1866-1944). My Grandma’s house, which was built in 1890, is Victorian in style and has been passed down in my family for six generations. The third location is an Antebellum mansion called the “Hay House” also known as the “Palace of the South.” It was built in the style of Italian Renaissance Revival from 1855-1859 and is the epitome of grandeur. Sprawling at 18,000 square feet with exquisite plasterwork, stained glass, and trompe l’oeil, it was declared a National Historic Landmark in 1974. This particular location was the setting for the first concert I remember seeing my mother perform. 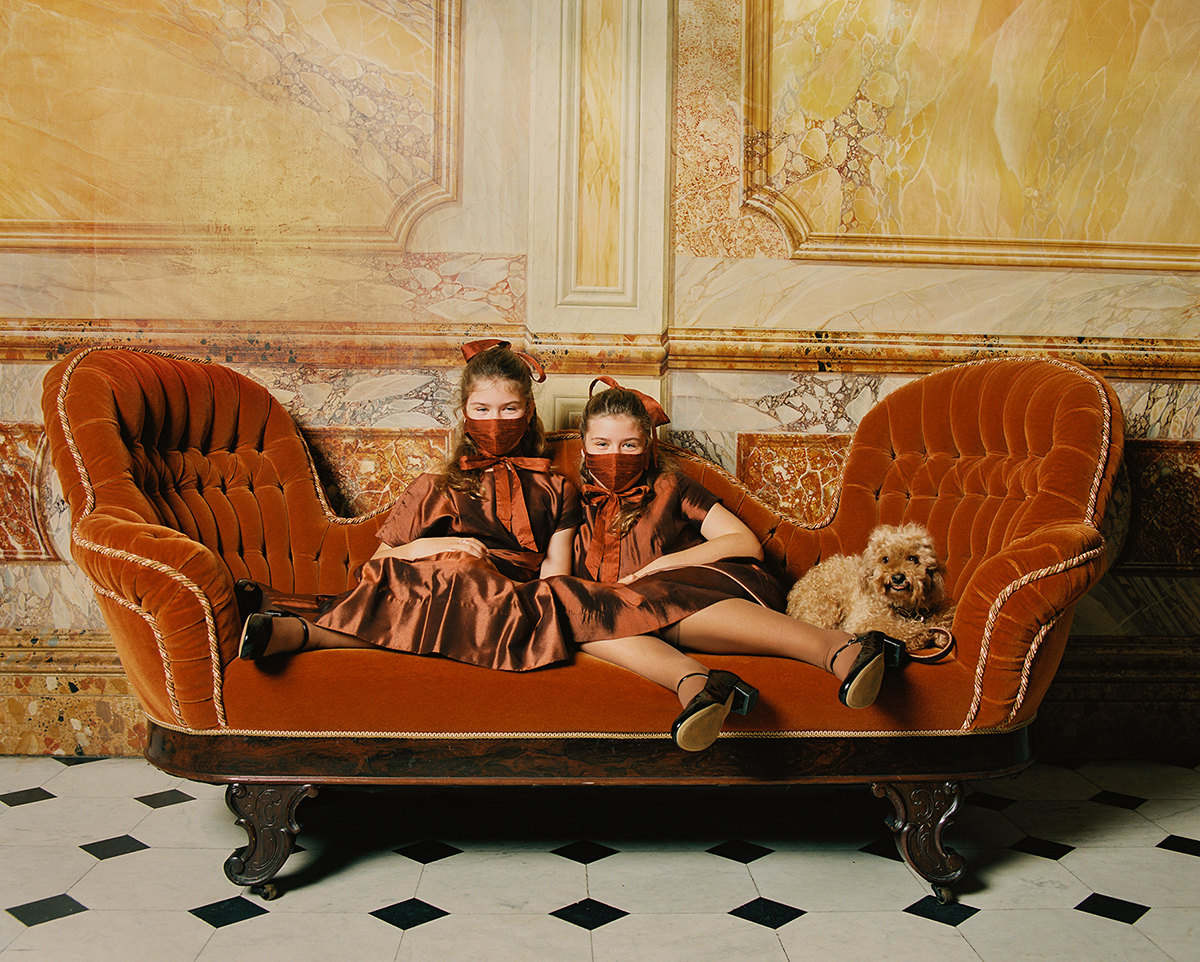 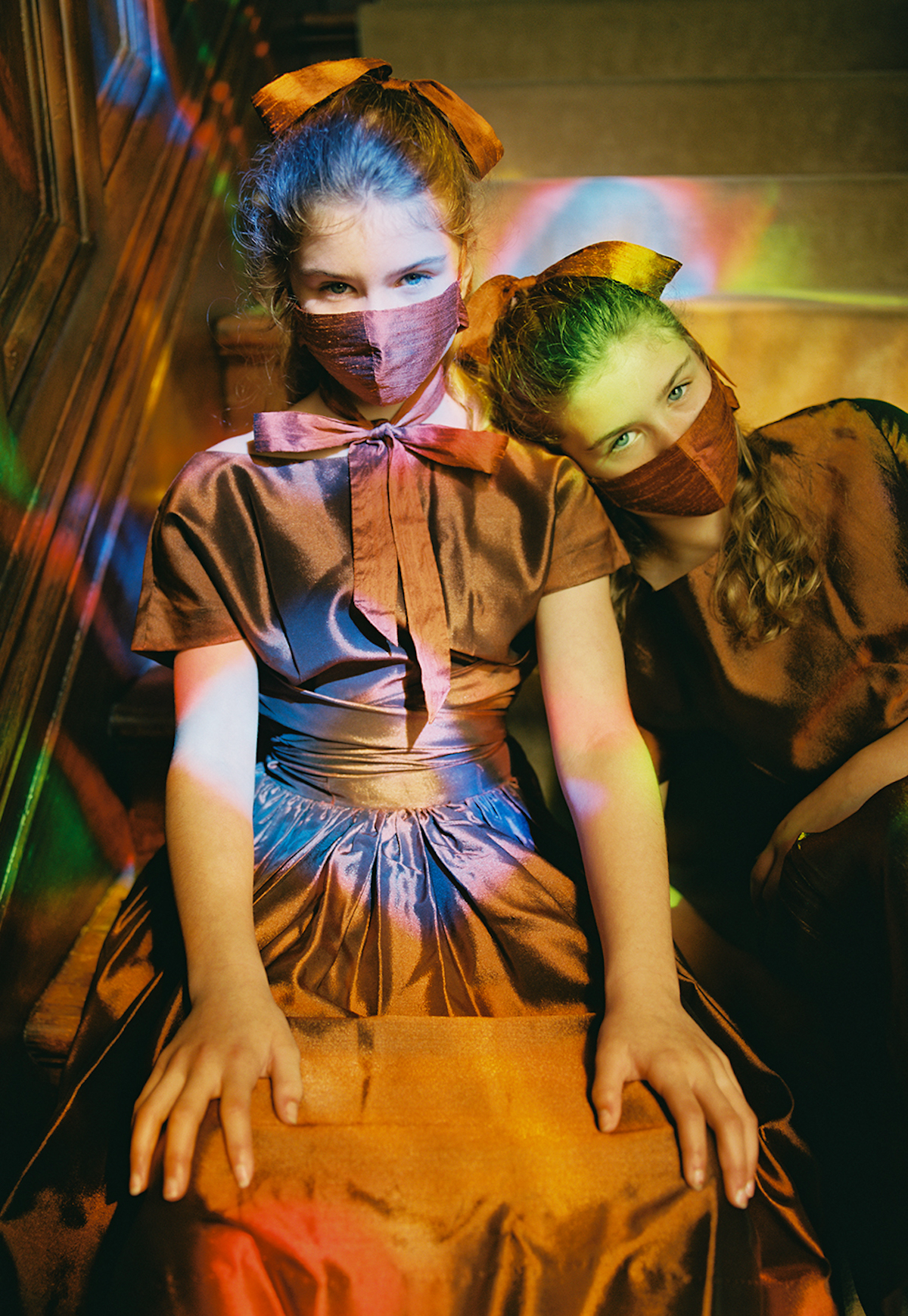 Who are the subjects of this story?  What led you to capture these two specifically?

These are my mom’s twin piano students, and I’ve been photographing them regularly over the past few years. I’m captivated by their sisterly bond and the intensity behind their gaze. They are kind and quiet but have a toughness to them that suggests they hold the key to some treasure chest of information. Like some cryptic secret I’m trying to unlock every time I photograph them. 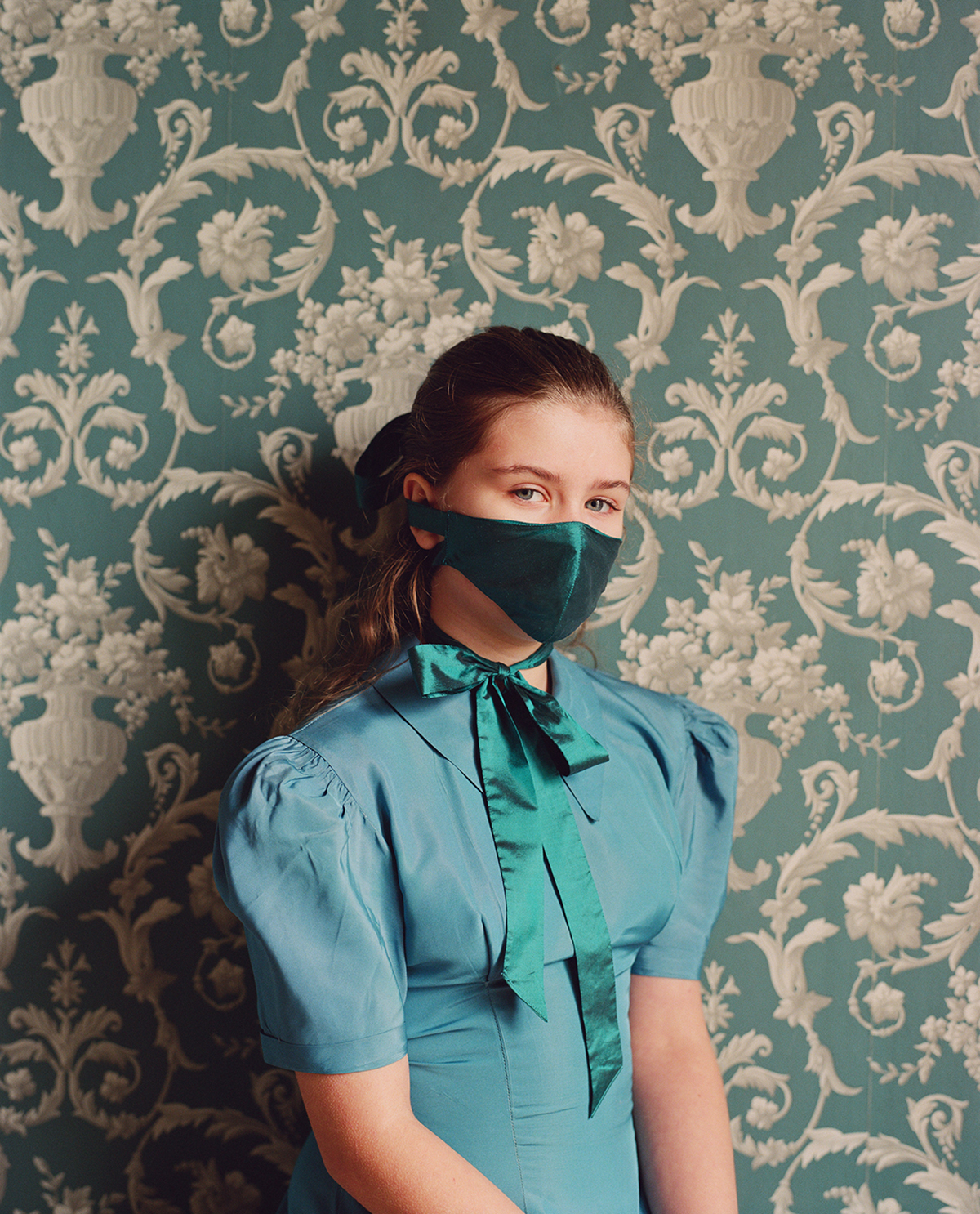 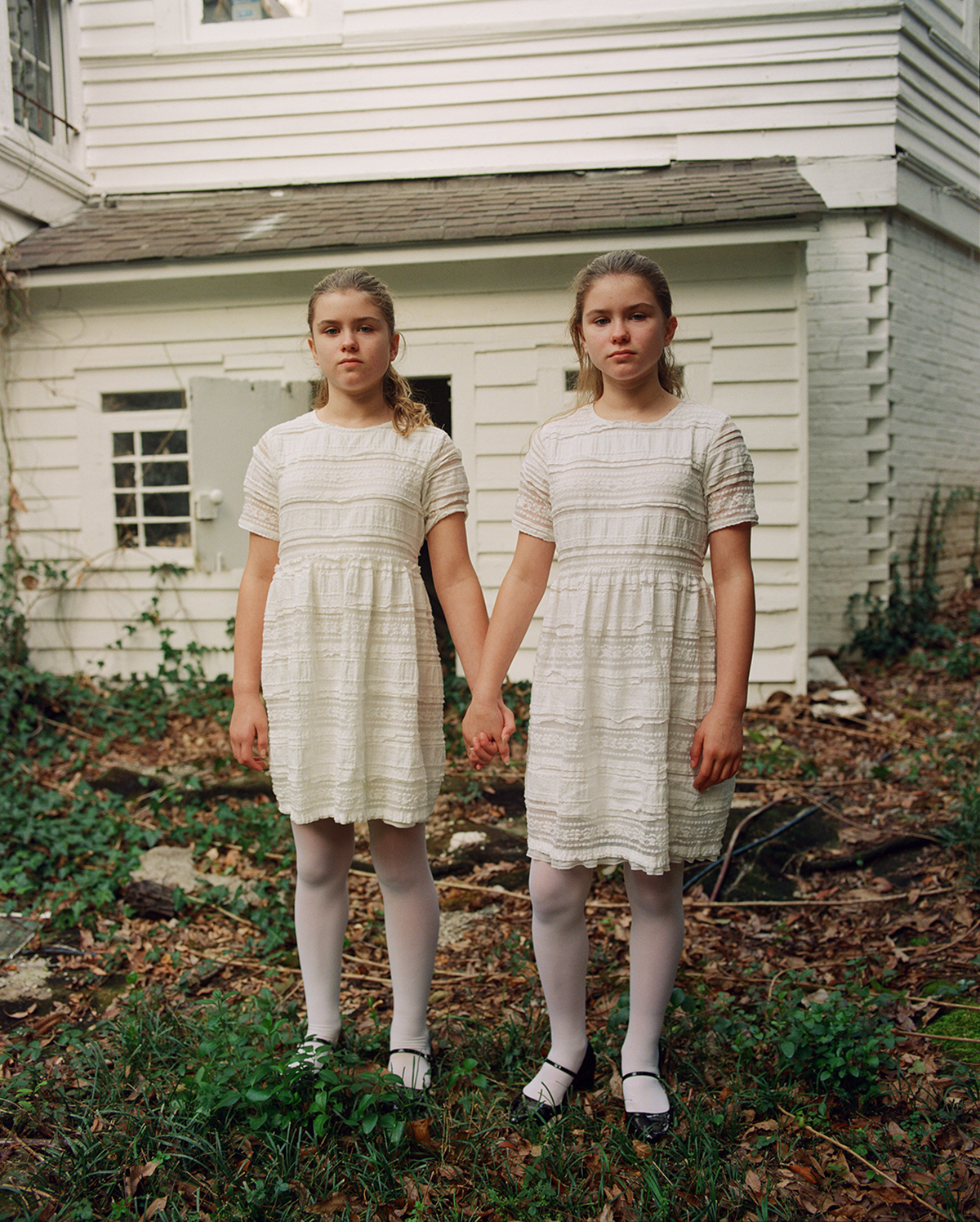 How do time and tradition play into this series?

I’m interested in the coming of age and supernatural power girls possess at that time. Historically, that power has been considered a threat to men, so the representation of women has had an emphasis on the weakness and frailty of women, with femininity defined as self-sacrificing, thin wristed, devoted to a male love interest. I recall images of Victorian-era convalescence and the Pre-Raphaelites, with works like Sir John Everett Millais’ “Ophelia” and John William Waterhouse’s “The Lady of Shalott.” I investigate those power dynamics and present an image of awareness of that history and a setting for reckoning.

I’m constantly looking back to understand the present. During quarantine, I was focused on recital portraits of my mother at the same age as the twins. I was interested in the restlessness that comes with that age in relation to the restlessness and existential dread of these times. 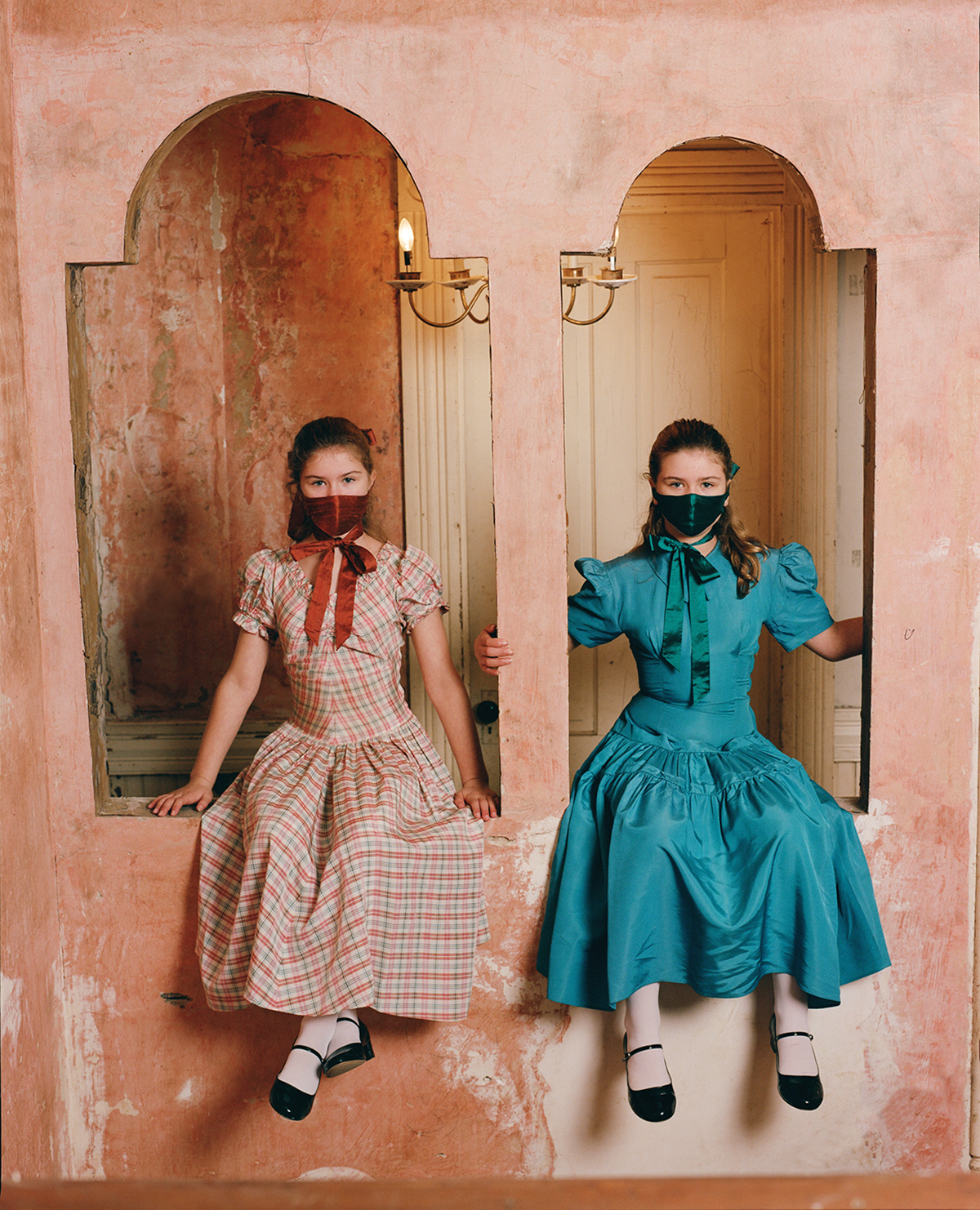 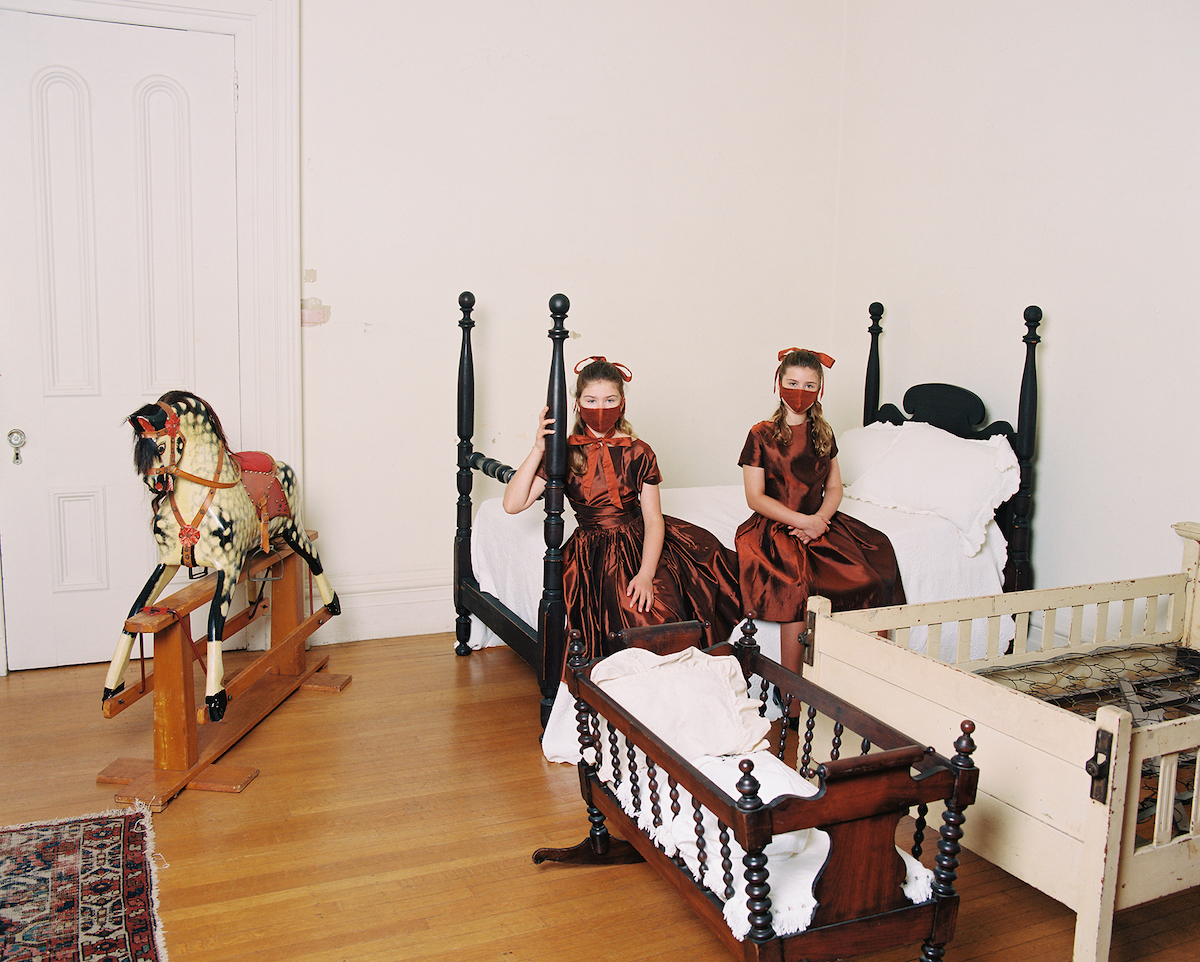 Logan White graduated from Rhode Island School of Design with a degree in photography and studied in the European Honors Program in Rome, Italy.  She has been published in the New York Times, Vogue, and Dazed, and has exhibited internationally – most recently at Red Hook Labs in New York, the Photo Vogue Festival in Milan, and the Annenberg Space for Photography in Los Angeles. She lives in New York.