The 3 Laws of Movement: A Performance Film by Jaminh Alcorn

Jaminh Alcorn, Artist Statement: I’d had the general idea of creating a film revolved around dance and movements for about a year and before even writing anything down, I would just think about the feeling and direction I wanted to take it for days at a time. I remember being in Portland, Oregon with my brother Kevin Perez and we were watching that movie Black Swan at like 3 in the morning. At the time, I had already had this fixed idea about a film with lots of movement, I didn’t know what I wanted to do but that was just the taste I had in my mouth at the time. It had been in my head for some weeks by then. So we’re watching the film and freaking out telling each other that it’s one of the best films ever made, which it definitely is in my opinion. The concept and direction and Natalie Portman! It was dark and beautiful, like that Kanye song “Dark Fantasy”, Black Swan is a visual representation of that. I was so inspired by it but my initial reaction wasn’t to just copy it or even make anything relatively similar to that piece because I knew that probably won’t happen. My initial reaction was to create something that made me feel the way I did while watching that movie but from my own perspective, the dark tones in the film are definitely inspired by certain scenes from that film.

The intro of the film is narrated by Sven Jürgensmeier who is based out of Munich, Germany and does a lot of great interviews and podcasts with artists of all mediums. I randomly hit him up one day on Instagram asking if he’d be down to narrate this piece as I only heard his voice when imagining this intro. I had been listening to his podcasts the week prior and not even thinking he would respond or anything I got a message back about 10 minutes later from him saying he’d be down to try a few takes from what I had written. So I instantly sent him a short piece of the script and he sent me back a sample which sounded exactly how I had imagined and then from there I told him the tone I was looking for and he ended up killing it! Very grateful for him for doing that because it gave the film a sort of classical feel to it with the piano behind his voice, it only made sense. 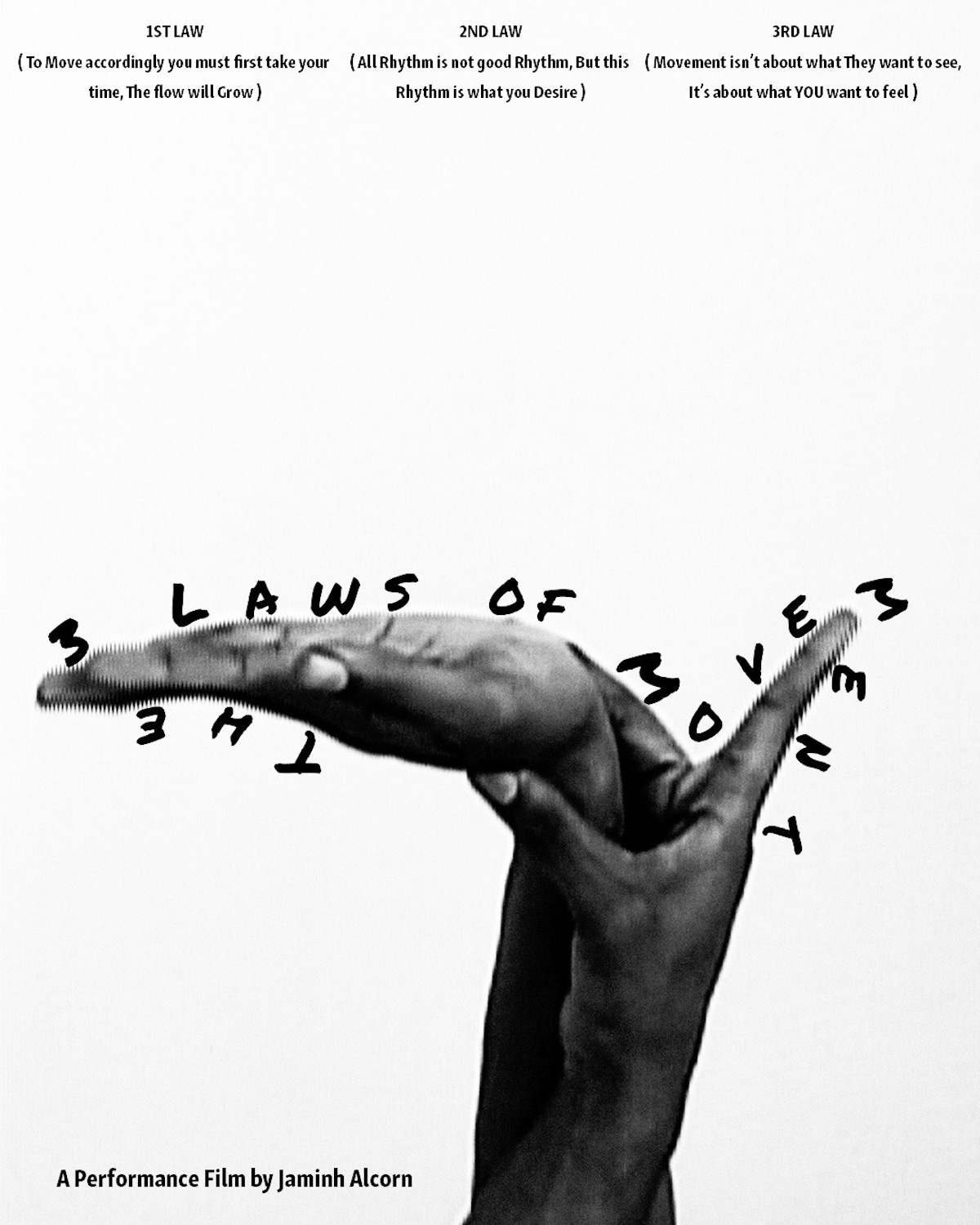 What are the “The 3 Laws of Movement”?

“The 3 Laws of Movement” is a visual interpretation of my three favorite styles of dance choreography: Freeform, Turfing, and Hip-Hop Dance. The laws represent each particular style in definition type phrases that I’d written during the making of this piece, each law shaping the tone for each style of movement being portrayed. 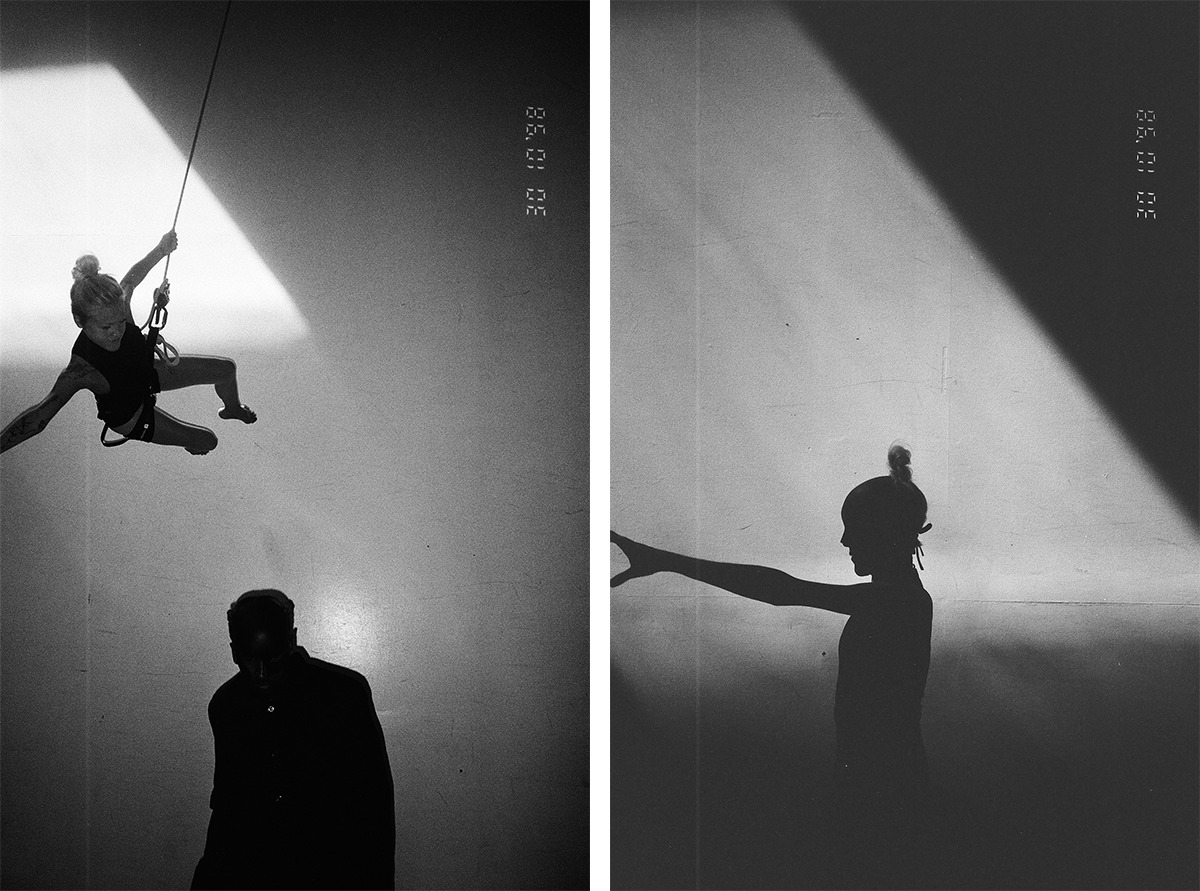 The 1st Law:
“To move Accordingly you must first take your time, The Flow will Grow”, expresses this calm before the storm buildup. I wanted a certain flow/style of movement that felt like it was growing, not only with the music but with the individual style being performed. Chelsea Hill really helped me out with that one. I didn’t know much about ballet or freeform but I really enjoyed watching it from the film aspect. Chelsea has been dancing most of her life and understood that I wanted the basics in the freeform medium. We would have these brainstorming conversations where I would basically express to her what I was trying to do and she would send me past performances and films that she’d previously done and in one of the videos she was dancing on walls with a group of other performers. I later found out that it was called “Bandalooping” – I was mindblown! It sparked a new level of excitement for me to make this piece even more. I had never seen that before and created this new idea in my head which was to have her Bandaloop throughout the whole film amongst the other performers, which added an interesting twist.

Chelsea later put me in contact with the Technical Director at a Bandaloop studio which just so happened to be a few blocks away from where I currently live. The next week, I checked out the space and fell in love. I instantly knew I could create something beautiful there! It uses tons of space and that’s all I really needed. What really caught my eye was the natural lighting that peaked through the top of the studio windows. The first time I walked into the studio there were no lights on and all I could see was a somewhat dark studio with this beautiful light path pointing directly to the center of the studio which inspired the dark tones in the film supported by one major light source. 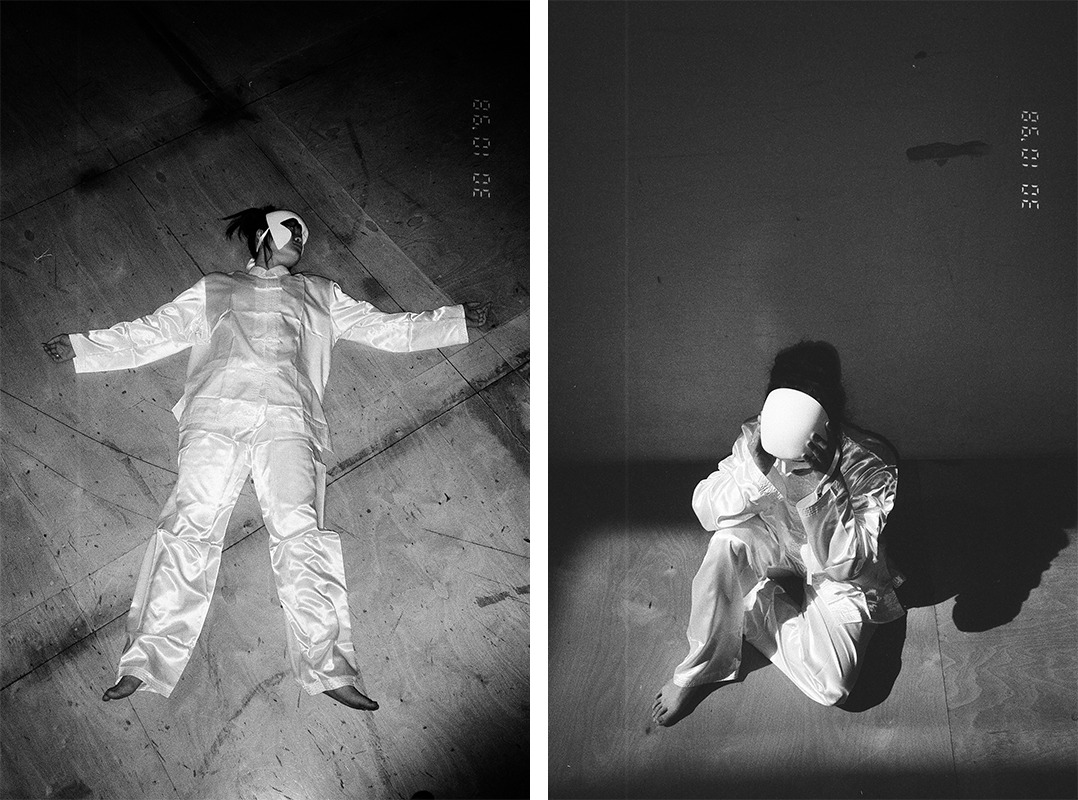 The 2nd Law:
“All Rhythm is not good Rhythm, But this Rhythm is what you Desire”, is a whirlwind of intense bone breaking moves and on-beat Turfing. One day I was writing and fantasizing about what I wanted to see once that build-up came and I instantly thought about Turf style dance. The Law is being portrayed by my brother Xoul whose style of movement is just so ill and natural. He has this universal style that can be translated to all dance types and looks super effortless while performing, it was a no-brainer to bring him on to this project. We went to high school together and I would always watch him dance on the Bart train. Back then I didn’t really understand the analytics and seriousness of Turfing in the Bay Area. I was always skateboarding so all my focus was on that but I always had respect for the art and admired the things he and his crew could express through their body. I would often relate that lifestyle to skateboarding just for the fact that there’s a group of talented people expressing themselves through one of the most difficult dance mediums, just having fun doing what they love, much like skateboarders. He also hadn’t danced in years so it was really cool to see him do his thing, I would damn near beg him to dance again from time to time hoping he would, and I guess it worked! 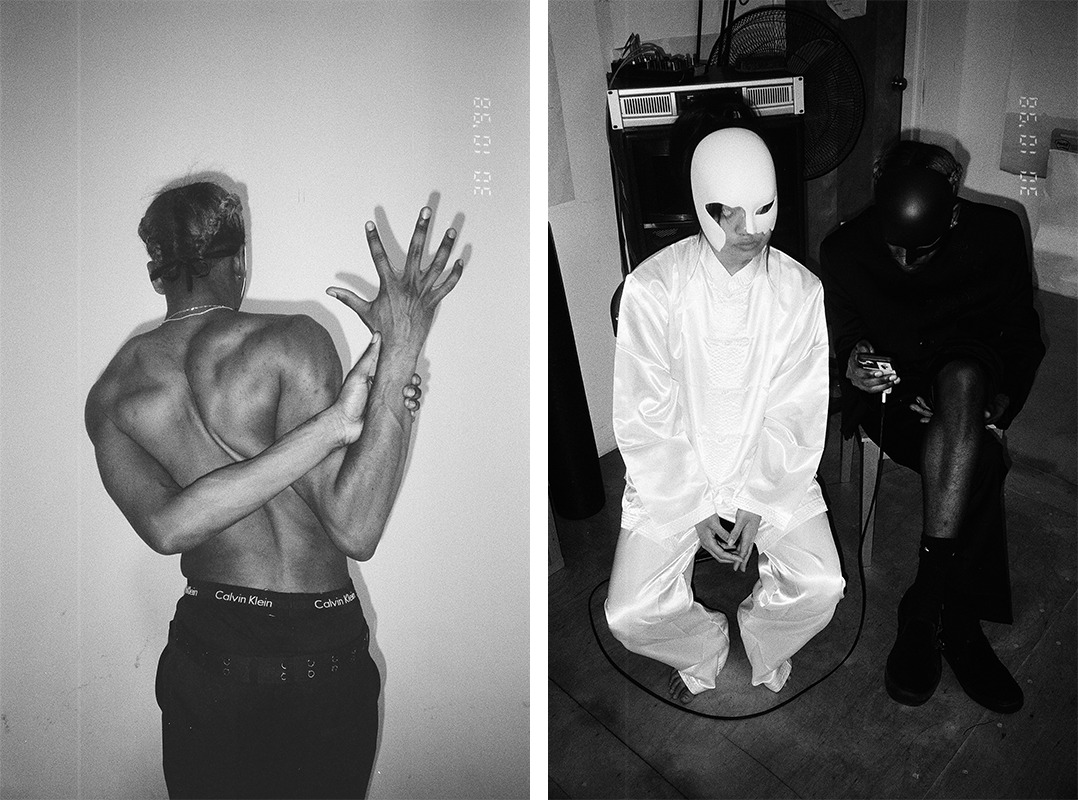 The 3rd Law:
“Movement isn’t about what they want to see, It’s about what YOU want to feel”, that IS the build-up!  Performer Jin BaoBei is portraying this intense, carefree interpretation of Hip-Hop style dance, a dance form that has always caught my eye from watching old-school ’90s New York movies. I always loved that type of body of work, there’s just something so relaxed and fun about watching them and I felt that Jin could interpret that the best. But instead of ending it so intensely, I gave it a more somber feeling with the music to juxtapose what’s being seen on the screen. It only felt right to calm the whole thing down.