NY Hates U: An interview with Cavier Coleman 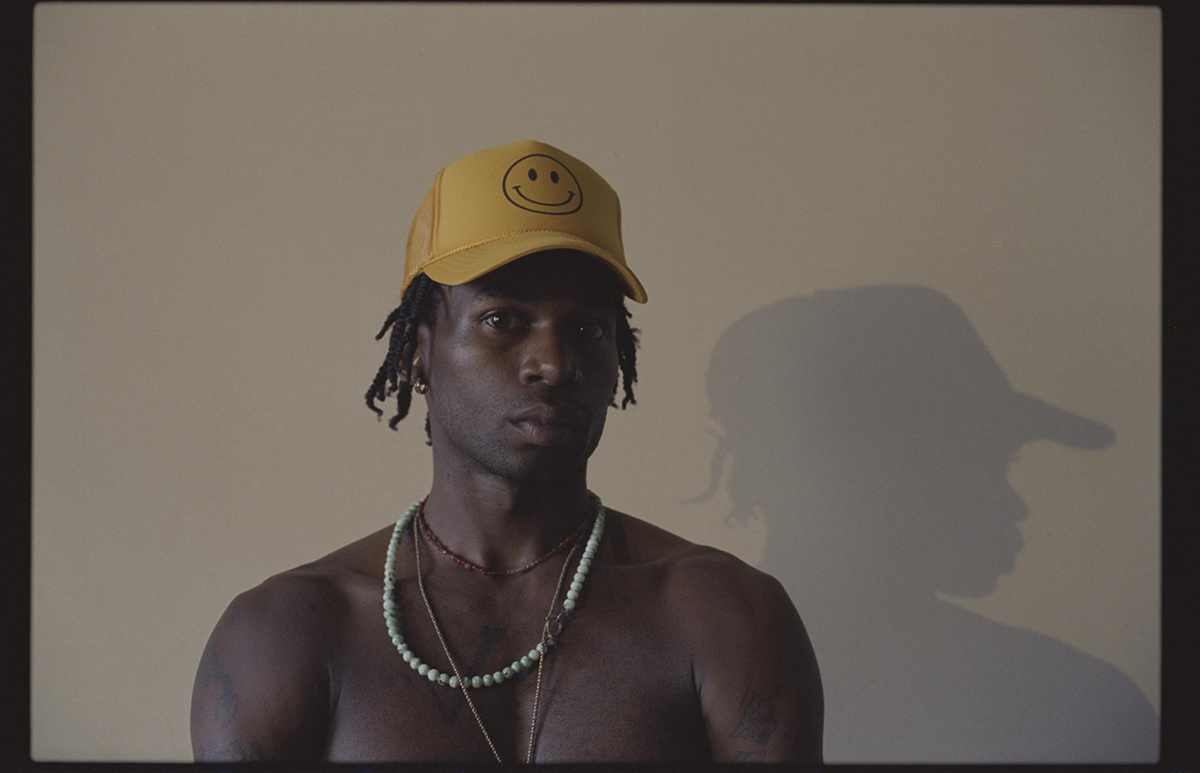 If I had to describe the New York art scene to someone, anyone, I’d point them to the direction of Cavier Coleman. He is an undeniable embodiment of it; a multilayered, unstoppable force of nature that effortlessly manoeuvres between the many artistic disciplines orbiting him in his spacious studio on the border of Brooklyn and Queens. Within an hour, Cavier can effortlessly shift his focus from painting to tending to his large nursery of plants, and finally closing that hour producing beats and freestyling lyrics with friends. His talent doesn’t just end there. Cavier is also an accomplished photographer and a gifted basketball player. (The Art World should thank all and every circumstance that prevented him from thriving in the NBA.) He is not a perfectionist; he has an open mind and willingness to learn, evolve, grow and change. But he does give the best of him at any given moment, at any given encounter; be it a career-related matter or an interaction with a friend.

My very first day at his studio, his curt “no” to my readiness to shoot a portrait of him took me aback. Isn’t it why I am here? It wasn’t until later I realised I had to get to know him better to understand; he was coming from a very beautiful place and that was a perfect example of him only wanting to share his best with the world. He calls himself delicate. I, however, would place him among the strongest people I have ever come across. He is honest and unapologetically himself; a wild creature with a sensitive soul.

Cavier was raised just outside of Detroit by the toughness of the city and the love of his family. His grandmother surrounded him with care and soul food. His mother, an art teacher, introduced him to his calling. His father ingrained in him an impeccable set of values and a winner mentality. Basketball took Cavier across the states and back again, followed by a successful modelling career around the globe. When he found himself in South Africa, he spent 2 years there distilling inspiration and motivation. Then, finally, a little more than a decade ago, New York became his stomping ground. 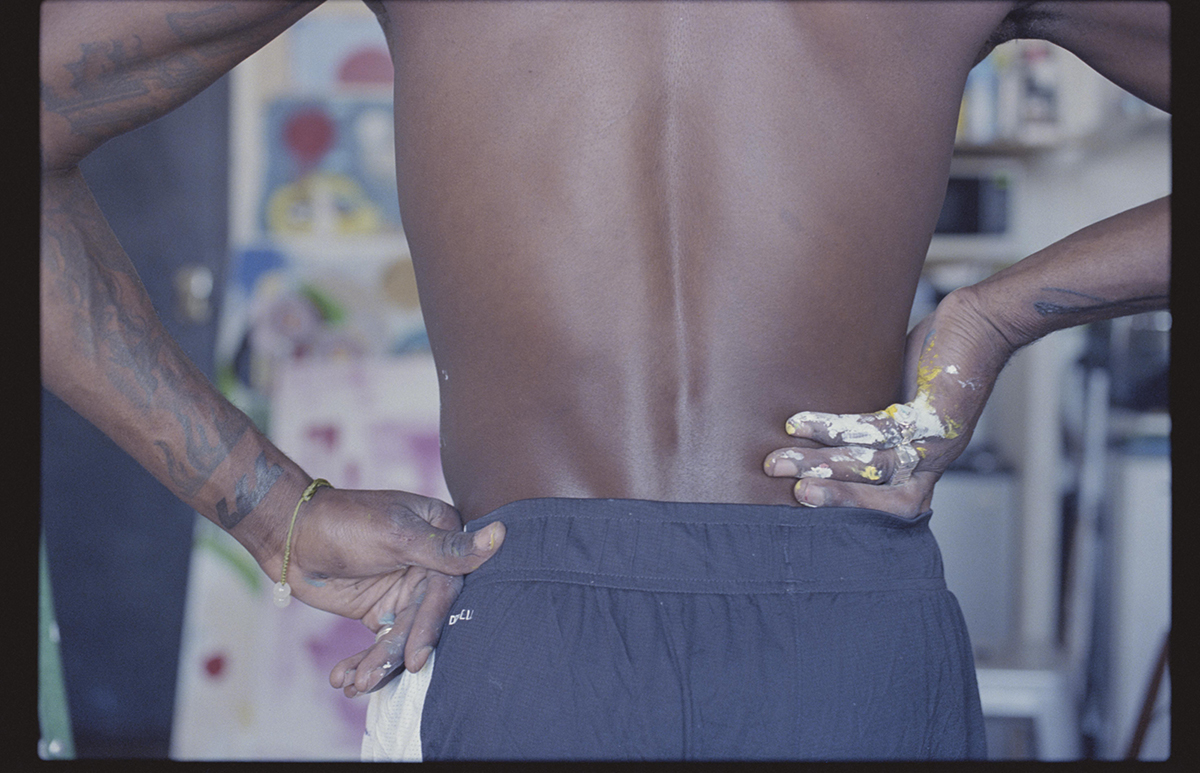 In July 2020, Cavier started on a new, large-scale painting (7x6ft), that he later named “Never Drop Your Guard.” He invited me to document this endeavour and I spent 8 days recording every step of the way. The result is a documentary film called “Inside Color” that will be available in 2021.

His work shares collection spaces with the creations of Picasso and Basquiat. And to think, his artistic journey hasn’t even reached its peak yet. 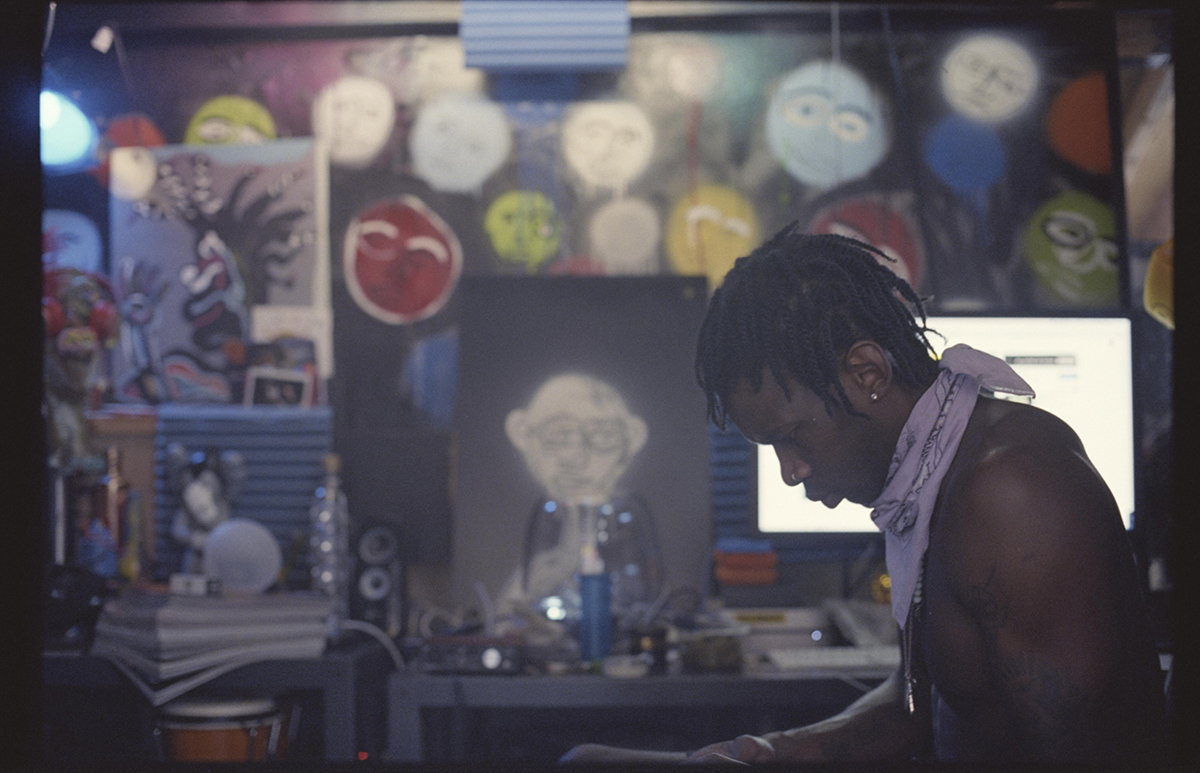 Cavier is a guy that has seen, conquered, and failed, but always stayed focused on his journey. I identify with art. Initially, I didn’t know what I was going to be, what I was going to do. It was scary. However, my mother was an art teacher, and that’s where the idea started, even though she had no control over what I was going to be able to become. My father moved to Georgia and that really set a whole new step in my life. Being from the area I was from is very scary. With all that complexity of different upbringings, different family memories, I was able to find myself through all of that. I believe it was something difficult, but I channelled certain things and certain times, and they gave me real presence and a real openness to whom I needed to be and whom I am now. It’s not about where you really start, it’s about where you finish. I believe I was able to do that, basing my journey on my curiosity; wanting to figure out the universe and society and how we really should interact with each other.

As I got older, I had two breaths of art. First, I was a model. To be honest, I was able to see myself as a muse to a lot of photographers. In a way, I was able to reflect on myself in the photos. I wasn’t just posing. I was becoming an embodiment of my environment; which led me to picking up the camera. And with that came the visualisation and clarity of colour, frequencies, lines, composition. And then painting became the primary focus for me. In South Africa, there was the initiation to that calling which didn’t start with colour. I just knew I wanted to make art again. So I did. I started doing charcoal drawings. Eventually, I came back to New York. I was 20 years old. I moved into an apartment in Park Slope and here I am, more than a decade later, still making art. 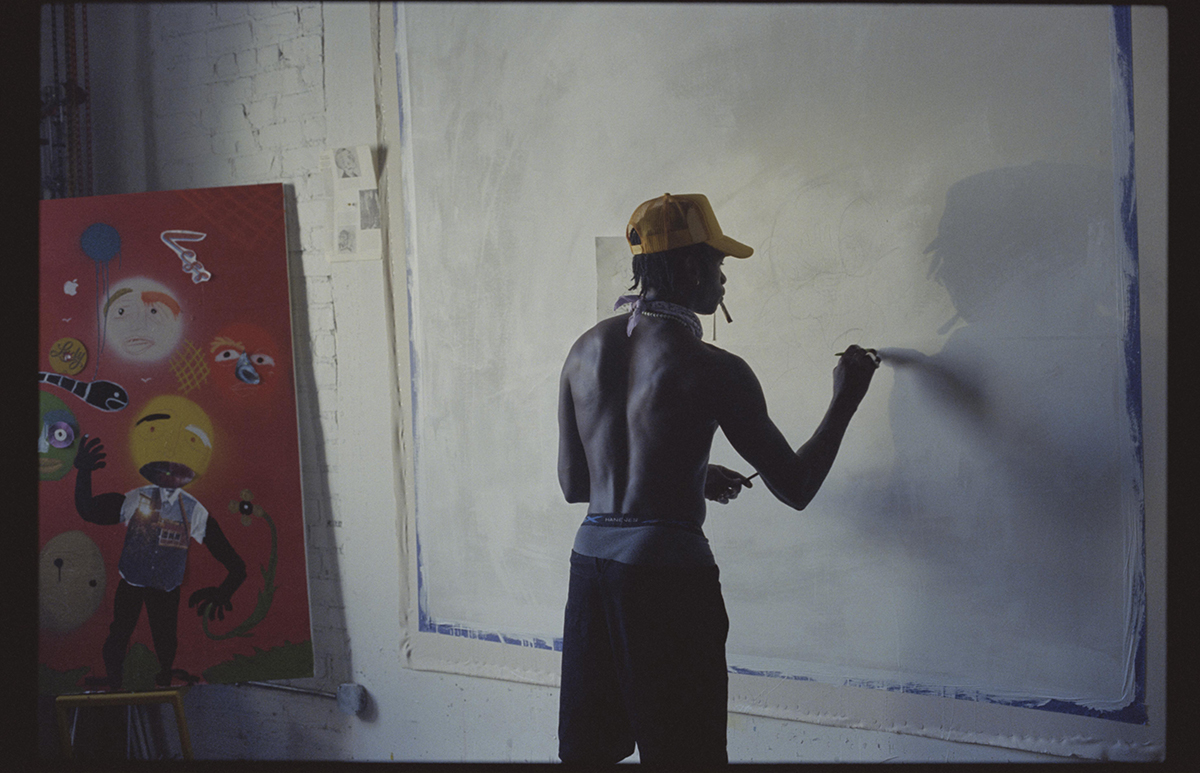 (Chuckles) Well, to be an artist in New York City is… interesting. There is no time when I look back and say, “I didn’t do how I wanted.” I do everything how I want it. And I think New York still gives that lifestyle of being an artist but also having a voice, as long as it comes across in the right way. Being an artist that’s living and thriving here, I want my voice to be very prevalent; to reach the youth, older generation and everyone in the middle. And those things are important. If I could do that, I can carry a different message amongst people to understand that we really are here for one thing and that is to love. To love, to care for each other and actually to heal the earth. There are more, more, more, and more things that we could be doing, but if we just focus on these powerful things, it will unify us. 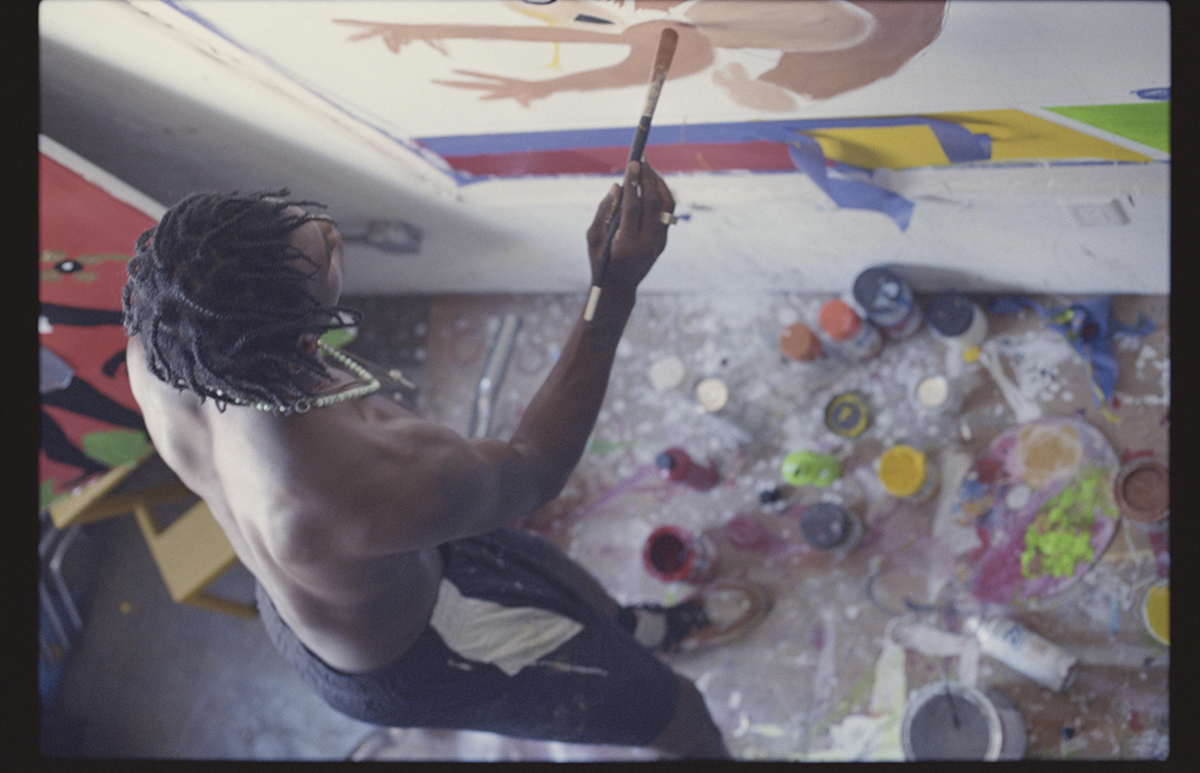 Do you think art can exist separate from politics? Are you a political artist?

Well, that depends on a lane you are trying to create your art in. I decided I wanted to be political. That’s formidable to any popular artist. Artists that are in demand always went the political route because they have the responsibility to deliver to the people and the public. To me, art always followed that way and that rhetoric of being enjoyable but also being something that is taken seriously. I don’t care what age I am, it’s more of a presentation of what is now. The cold hard fact is that a lot has changed but a lot hasn’t changed, and that’s the balance of equality and inequality in society’s view. So as an artist, my job is to fix the narrative and give a perception of things that are not clarified. The version of the art world that I am creating is, more or less, bringing people together; doesn’t matter the colour. 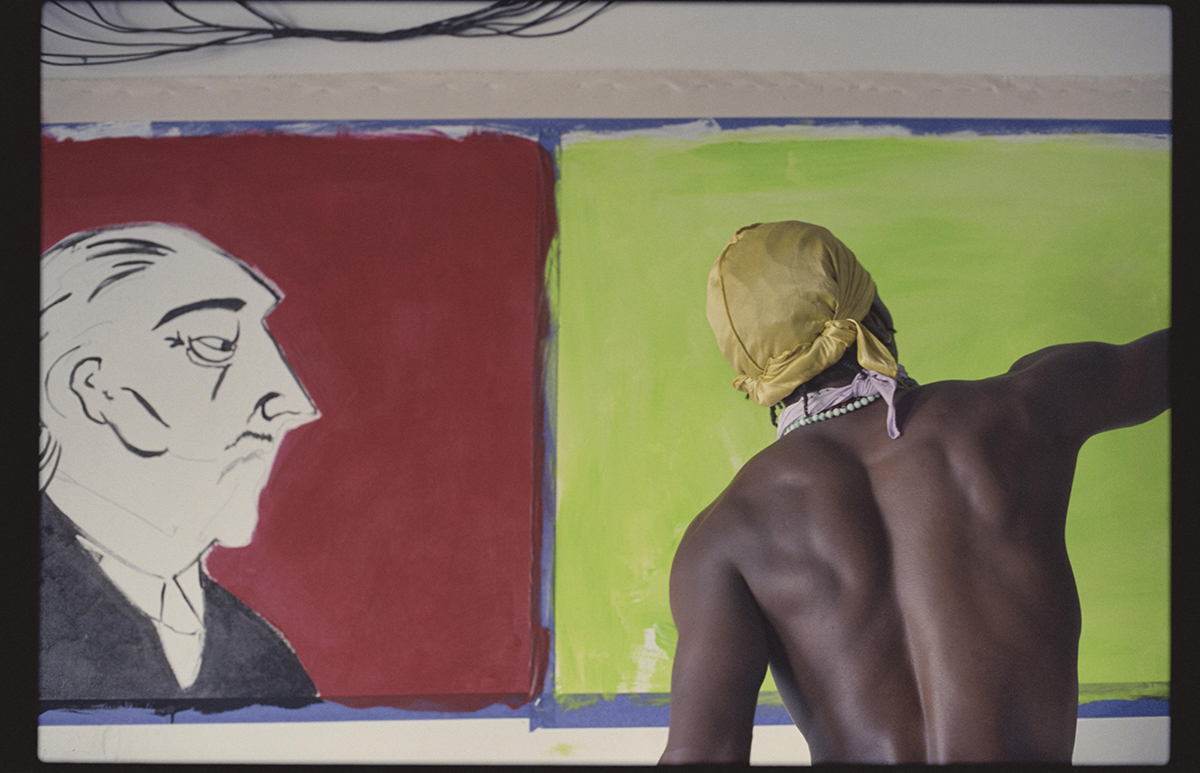 How do you feel about being mostly exhibited in white-owned galleries, art spaces, collections? Do you think this creates limitations for artists of Colour?

As far as limitations, yes. However, I don’t see obstacles. A person that sees that as an obstacle might not want to walk in a room full of white people. I have. Multiple times. I was lucky enough to be in those rooms and have the conversations and represent myself as a Black man; not sugarcoat who I am—never have I done that. My biggest challenges were actually walking into those rooms feeling less than; not dressed the part. But still being invited, it almost felt like a mockery. But over time it became a battle that I won, considering where I come from. I have had to manoeuvre, in ways, as a Black man in the art market, because who the fuck would take a young, Black artist seriously? And I wanted to be taken seriously. So I had to walk into those rooms with confidence. 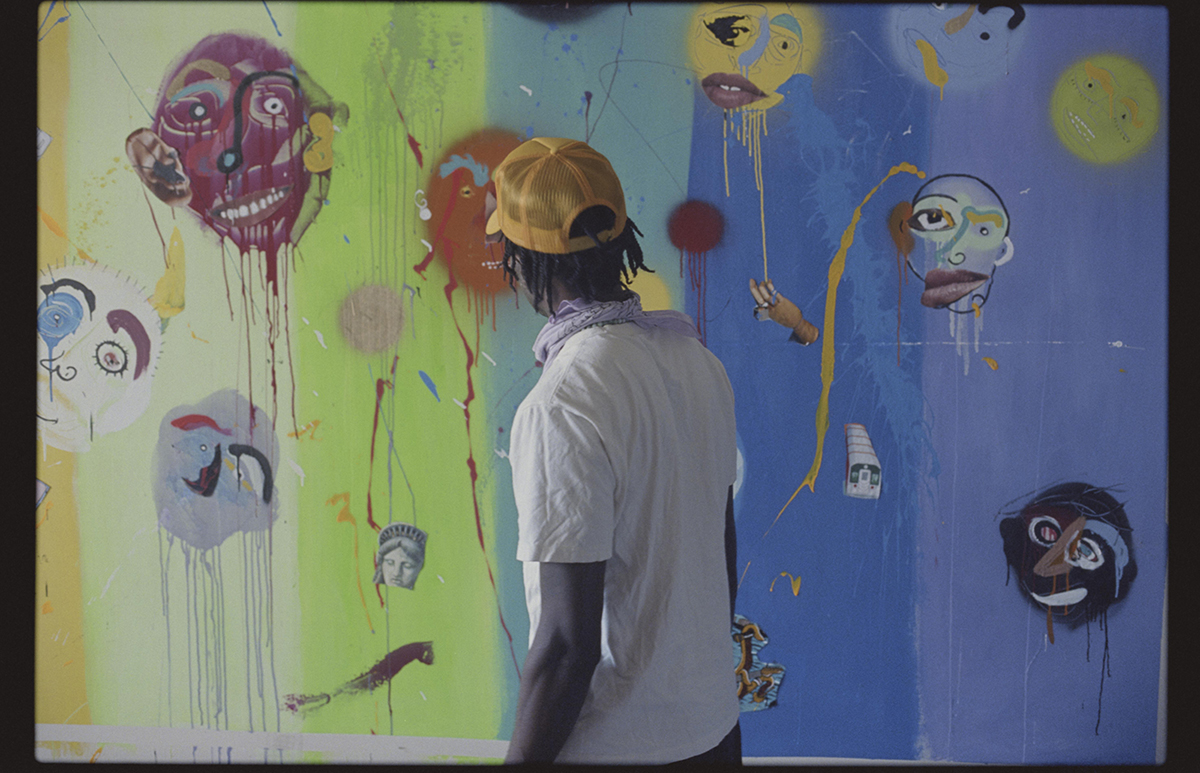 What, in your opinion, does it take to become a successful artist? What is success?

What I would say it takes to be a successful artist is something that is instilled in an artist and makes them feel successful. It’s not about what society says success is. For instance, if I put pressure on my next sale, maybe I wouldn’t paint it. But I paint for the ideal of figuring out the next subject matter. I paint history for the youth and the next generation. So if I’m not leaving something that is going to be a remanence of the past, I am discrediting art. I can’t be the guy who doesn’t take that responsibility. That is my success. 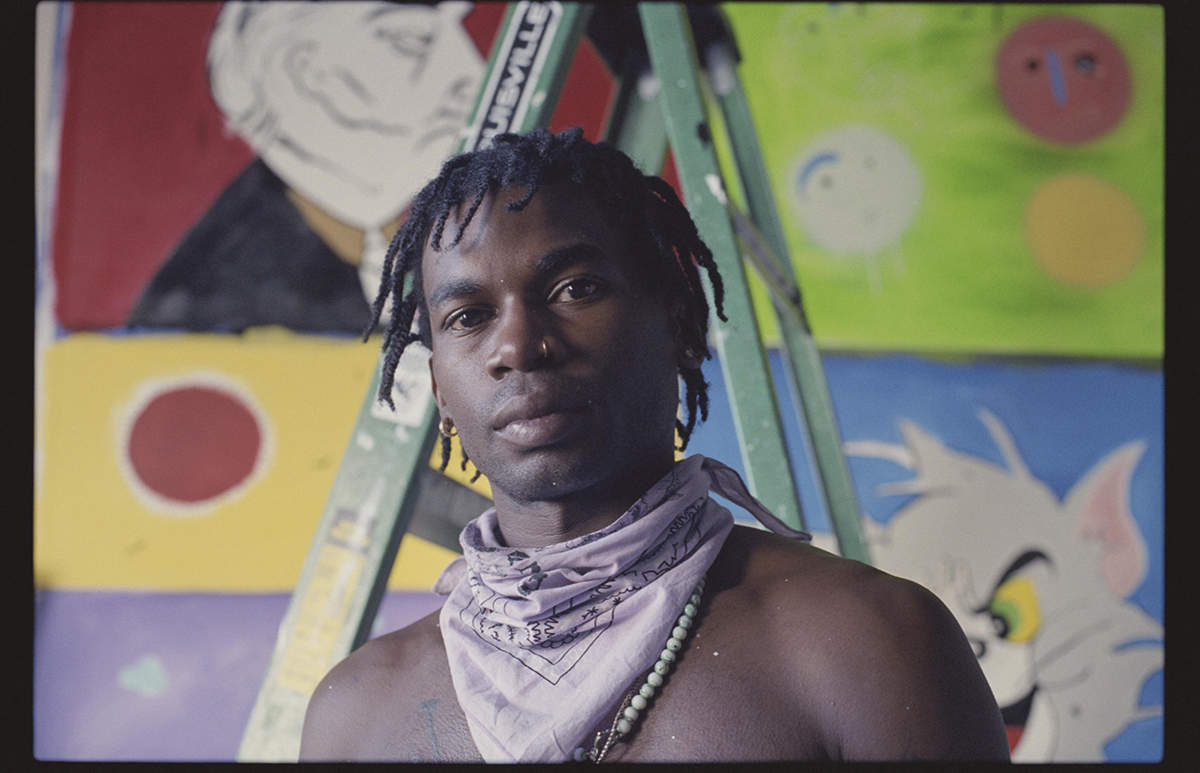 Where in New York City do you see your art in the future?

At this point, I’m focusing on getting my work into real prestigious museums. I would love my work to be featured in the galleries in Chelsea. I rather not go into names. I want to be showcased in areas where art is taken seriously; using those platforms to carry the language of the art and attack them strategically. When I say attack, I mean I want to give them a new identity. I want to give them a part of me. Not to change the art world, but to give the art world a different focus; a different voice for certain people; a certain demographic that hasn’t been heard. And I represent a very, very, very diverse collective of people. I speak for not just white, Black, Hispanic; I speak for artists, I speak for photographers, creatives; I speak for a lot of people. I just want to be able to set a platform that is bringing us together and not separating us.

“Inside Color”, a film by Dash Kolos featuring Cavier Coleman, will be available 2021. For more visit dashkolos.com.