Despite the resolved surfaces and forms that distinguish much of John Dante Bianchi‘s work, his cavernous studio reveals an unexpected collection of detritus and treasures: pitched electronics accumulated over years of walking down his Brooklyn street, ghostly screen-printed photographs of hippies, a sculpture of a narwhal, and guitar pedals cast into assemblages are just a few.

In the sculptor’s most intimate working space, the objects and images that surround his working environment subtly infiltrate a conceptual practice that blurs lines between disciplines and distinctions among high and low culture. Bianchi took me on a tour of this extensive array of objects and artwork as we discussed his current exhibition of new work, “Unavoidable Encounter”, and the surprising influences that helped develop this complex body of work.

On view through January 22nd at Denny Gallery in New York’s Lower East Side, Unavoidable Encounter is a beautiful showcase of ten sculpture and sculptural wall works that reveal the multiple collisions present in Bianchi’s practice — decay and life, trauma and resilience, destruction and rebirth. His works are turbulent and challenging, bursting with points of impact and exposing the materiality and structural support of the abstract works. Human life is full of conflict – inner, external, self-inflicted, psychological, physical — that punctuates a brief existence and marks the passage of time. Unavoidable Encounter captures the lingering physical responses to life’s inescapable friction (contusions, bruises, wounds) alongside the transformation of destruction into growth. 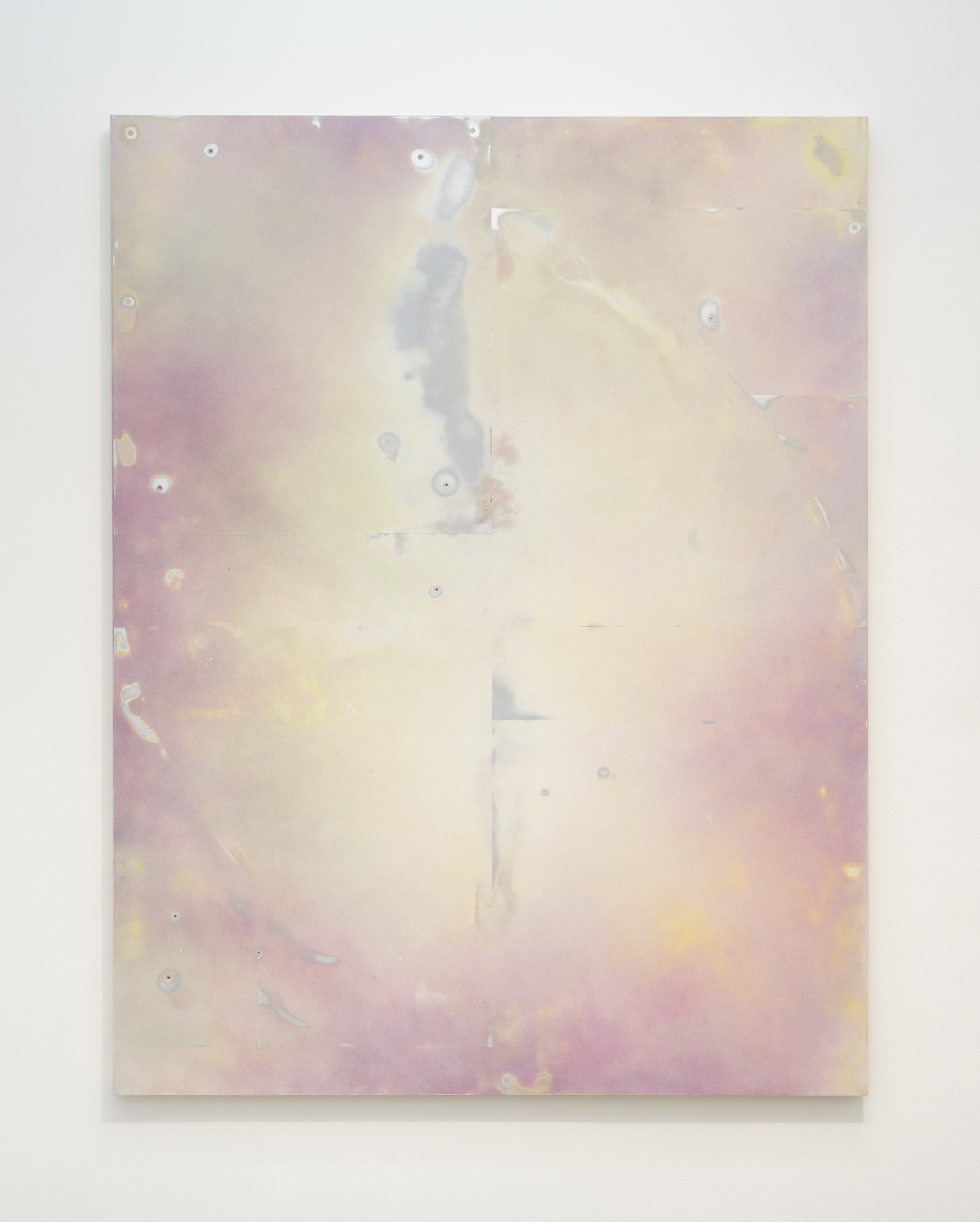 Kathleen Hefty: Can you talk a little about the genesis of the series of bruised panels?

John Dante Bianchi: The torqued slabs were the genesis for the bruised panels. I showed the first ones at Signal Gallery in Brooklyn, which was figurative slabs folded into contorted poses and/or relaxed poses. The idea of the traumatised body in that scenario was the first iteration, and they came out of the idea of a regenerative trauma. Whether it was psychic or physical, the body as something that could be both destructed and/or create a condition of evolution in the physical body, and the psychology of the figure.

In that regard, it seems that you started off with a much more literal association with the body and worked toward a more abstracted version. Would you agree?

It was always an abstracted language that was referring to a lot of art historical abstraction, mostly the Russian Constructivists, more crystalline abstraction, and Minimalism’s reduced forms based on the dimensions of the body. It was a way to create the bridge between figurative and abstract languages. 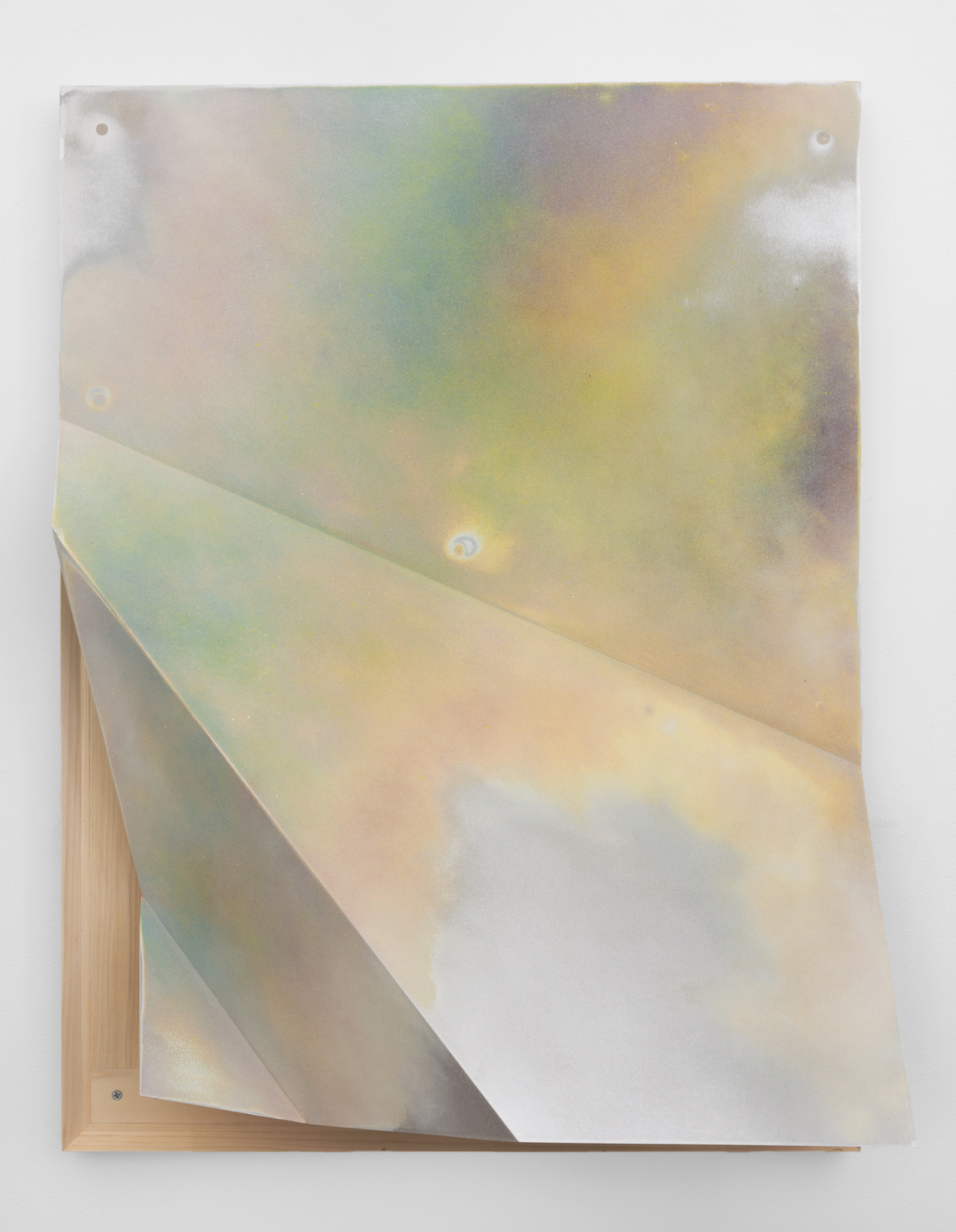 And with these recent works, you’ve reintroduced that sculptural language into the torqued wall panels.

Right. It took the flat panels and that form of evolution to bring it into a new state. After I had explored it as a flat problem, I wanted to introduce it into a more sculptural dimensional level on the wall and directly address the structure that the piece took on the wall.

Let’s talk about the title for your show at Denny Gallery. Why did you choose “Unavoidable Encounter”? How does it relate to this body of work in this particular space?

The torqued panels are more of a direct representation of a collision. Each panel has a point of impact, or multiple points of impact, where one force came into contact with the object, in a very crystalline and gestalt way, so that the points of impact are simplified and minimised. They were designed to represent that contortion. 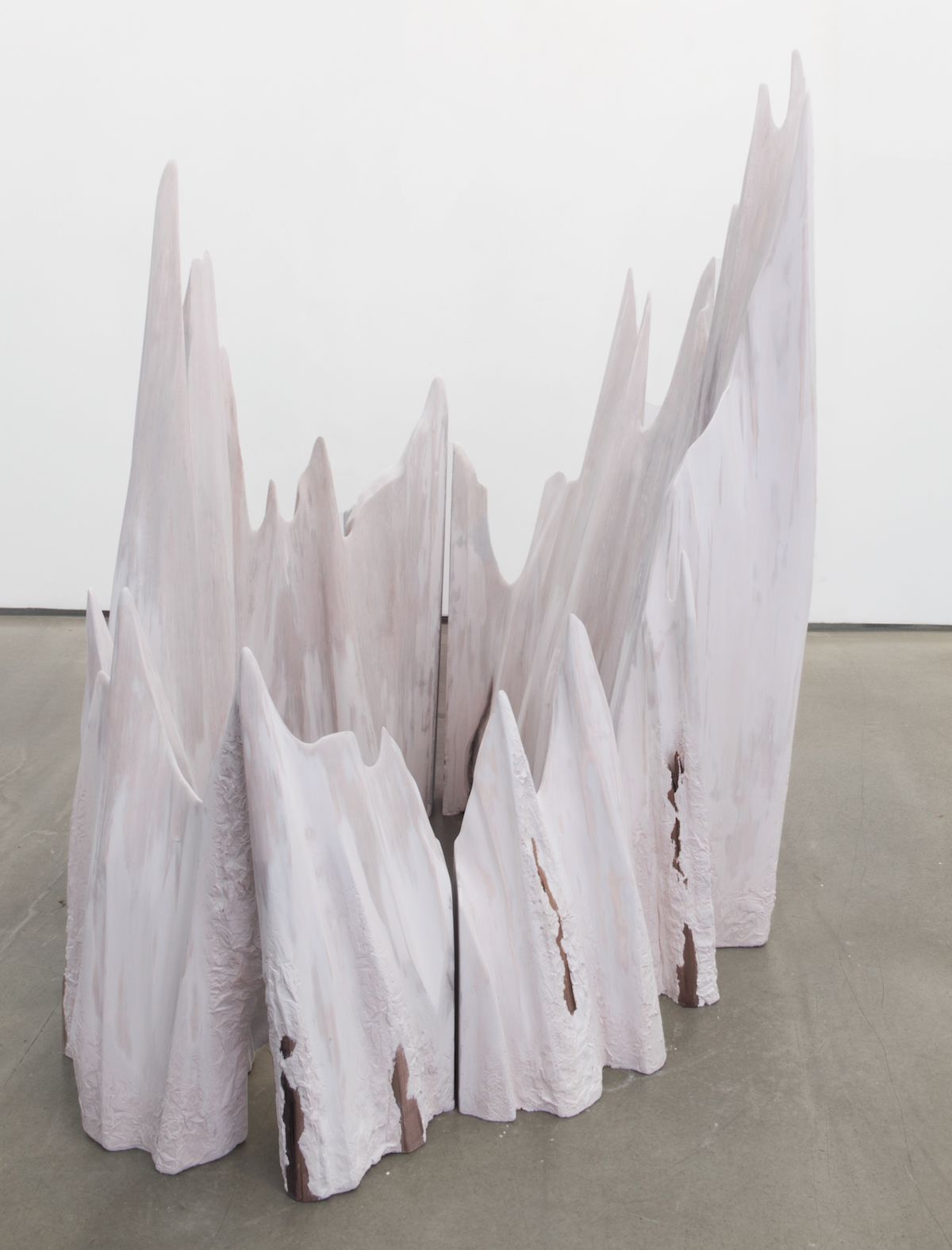 Can you talk a little bit the significance of the redwood as material for the sculpture?

The Redwood is a plant that relies on fire ecology; the tree actually uses fire to release the seeds inside of its cones. It’s such an amazing highly-evolved state that’s taken millions of years to achieve the balance of destruction and creation within its own environment. That for me is a perfect metaphor for life, and the “unavoidable encounter” is using that destructive force as one of growth. The sculpture itself has a cathedral-like transcendent aesthetic that recalls the sublime and transcending the self and your own mortality.

You made a film with Brendan Burdzinski, Winter In Procession, that features a ceremonial journey with a similar cathedral-like sculpture. Do you want to talk a little bit about that?

The film was really about how objects are activated by the people around them. It is an investigation of the ritual activities of groups of individuals around objects, how art objects create connections between people and how these connections create art objects. As a form of communication, it is almost spiritual, and I think that spiritual component is often overlooked.

The colours of the torqued panels seem very cosmic, which ties into the discussion of transcendence in your work.

The colours were really heightened, and I think that while they started off specifically about the body, they definitely evolved into being about scale — cosmic scale and the bodily scale — something that can be quite grand or quite small. It’s almost like a new combination. 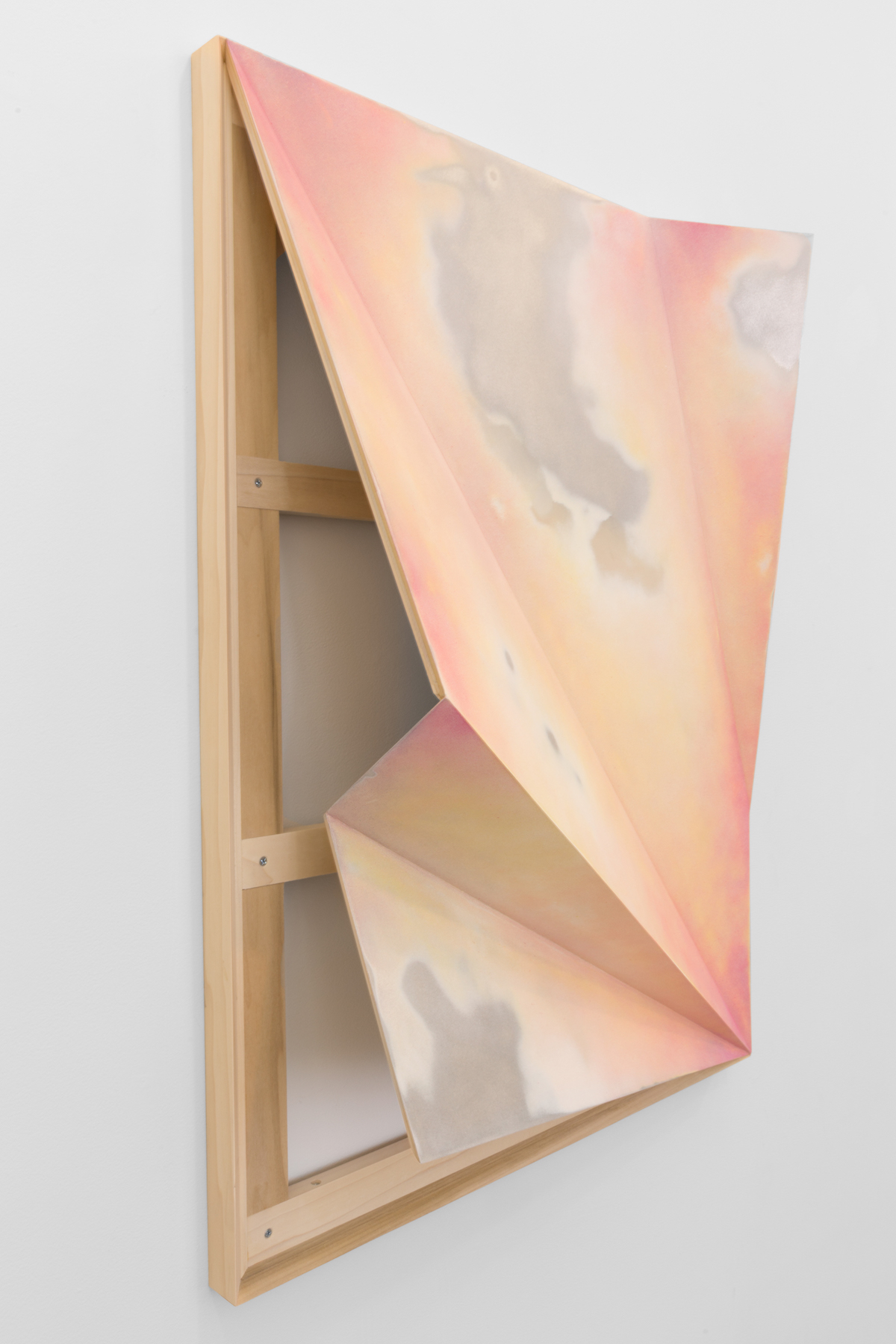