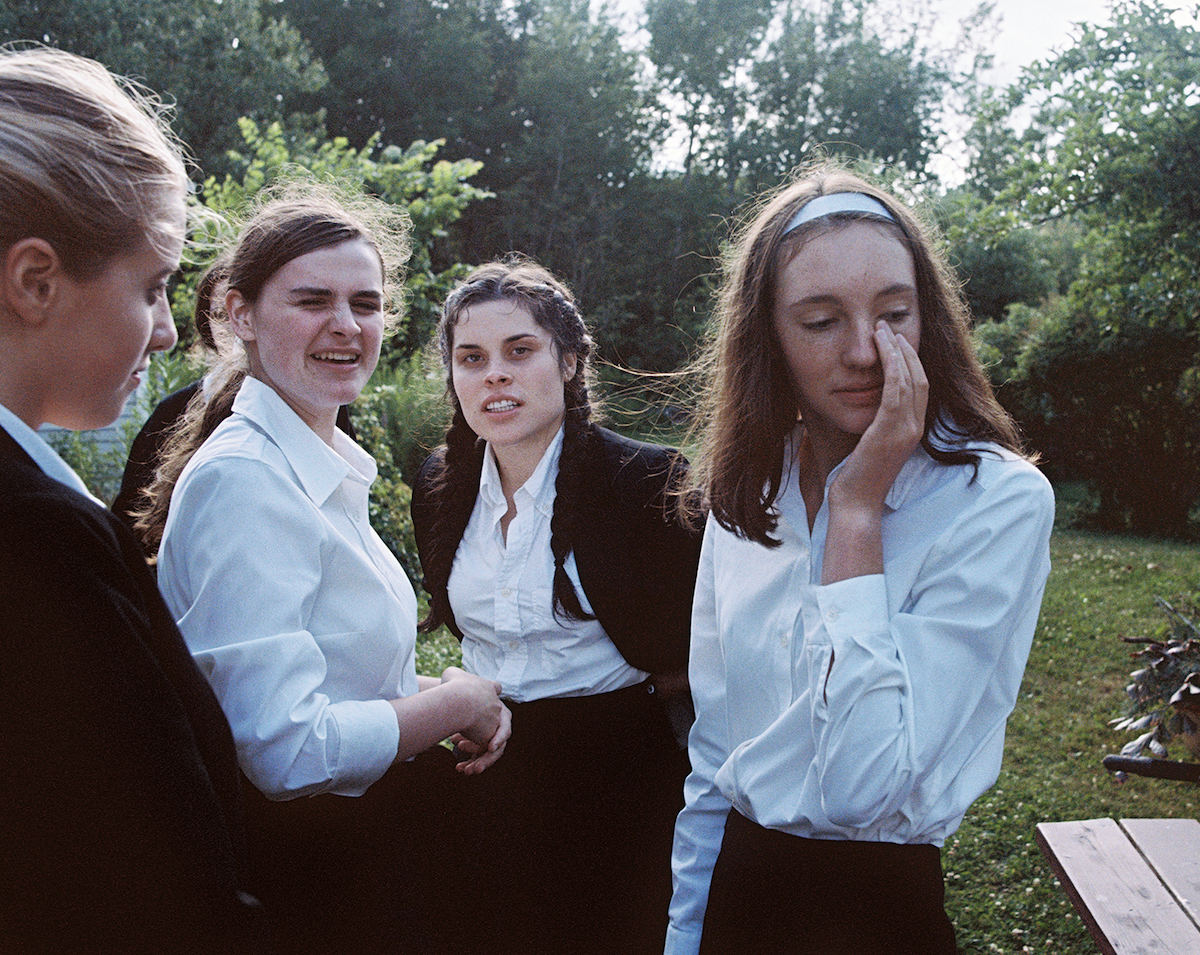 Madeleine Morlet’s heroes growing up were authors. “Sadly, they were mostly dead white men,” she says. Her obsession with reading led her to studying Classics and English at King’s College London, subsequently falling into producing works for the likes of Ridley Scott Associates, Vice, i-D and Somesuch.

With people being the focus of her storytelling, Morlet now creates emotive and deeply romantic photography that reflects her belief in not overthinking life. Perhaps it’s her expertise at managing confrontation and being unafraid to make mistakes, that allow her work’s magical realism to be firmly rooted in time and space.

Here, Morlet speaks about her expat path from the melting pot of London to Maine’s rugged and secluded islands, her new motherhood, artists she rates, and how she defines her photography. 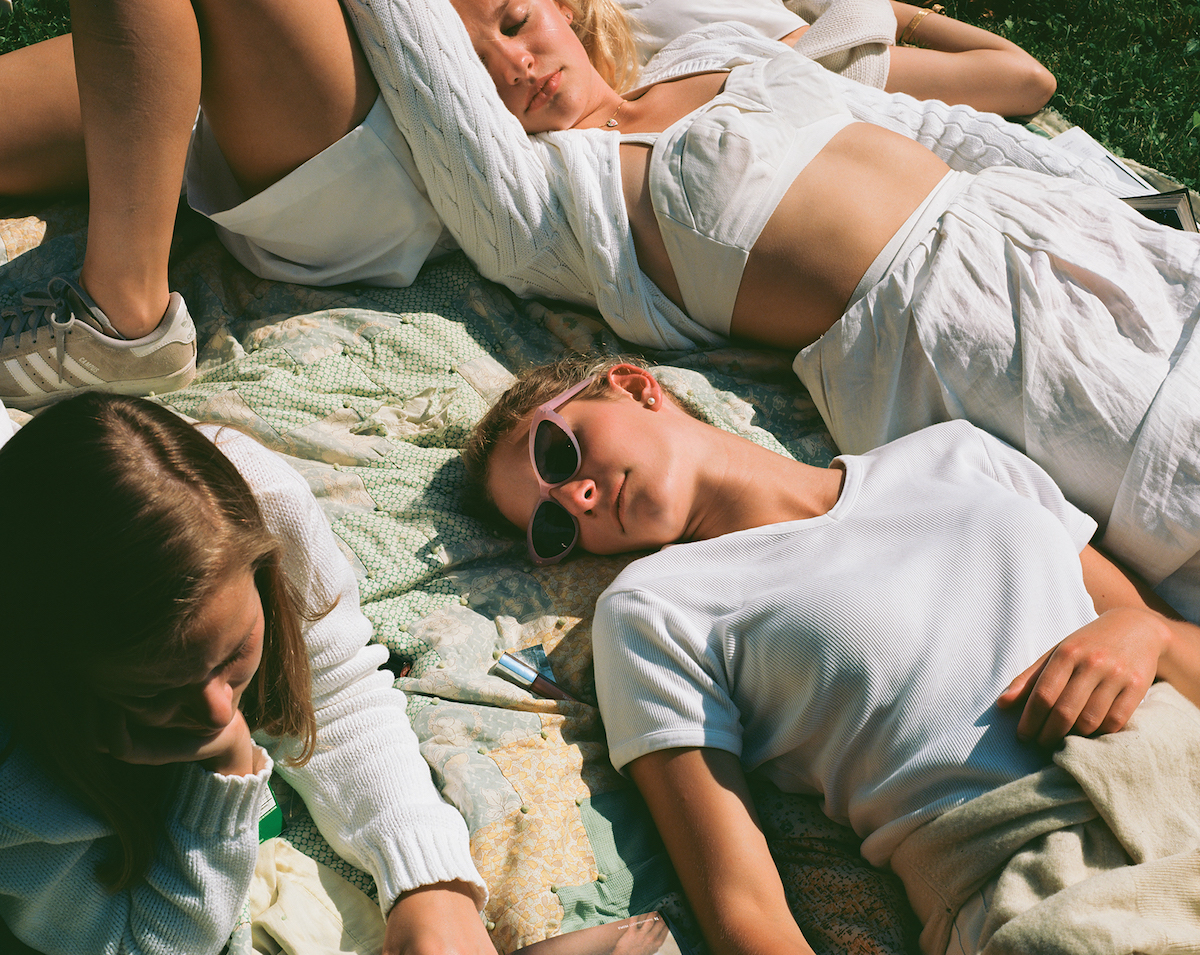 Are you able to pinpoint where your primary impulse to take photographs came from?

Both my parents were artists when I was born. Our upbringing was full of binaries but there was a lot of freedom in how we were encouraged to express ourselves, my mother being hugely supportive of my interest in reading and taking photographs. I have always taken photographs. At twelve, I spent my babysitting money on an expensive camera and have boxes of negatives and prints spanning from childhood to now. Hundreds of which are pictures of art I took in galleries from before digital photography. It wasn’t until I was 26 that something really clicked for me with photography, where I started to take photographs with intent, using the camera to help metabolise my experiences and feelings.

Who were your early influences?

The first photographer I was obsessed with was Nan Goldin and all my early work was a product of this hero worship. I carried ‘A Ballard Of Sexual Dependency‘ around with me like a bible and tried to mimic its contents. I also loved Daido Moriyama, Philip Lorca Di-Corica and Justine Kurland. My current obsession is Jo Ann Walter’s ‘Wood River, Blue Pool’ which Bo [my daughter] calls the “Big Girl Book”. 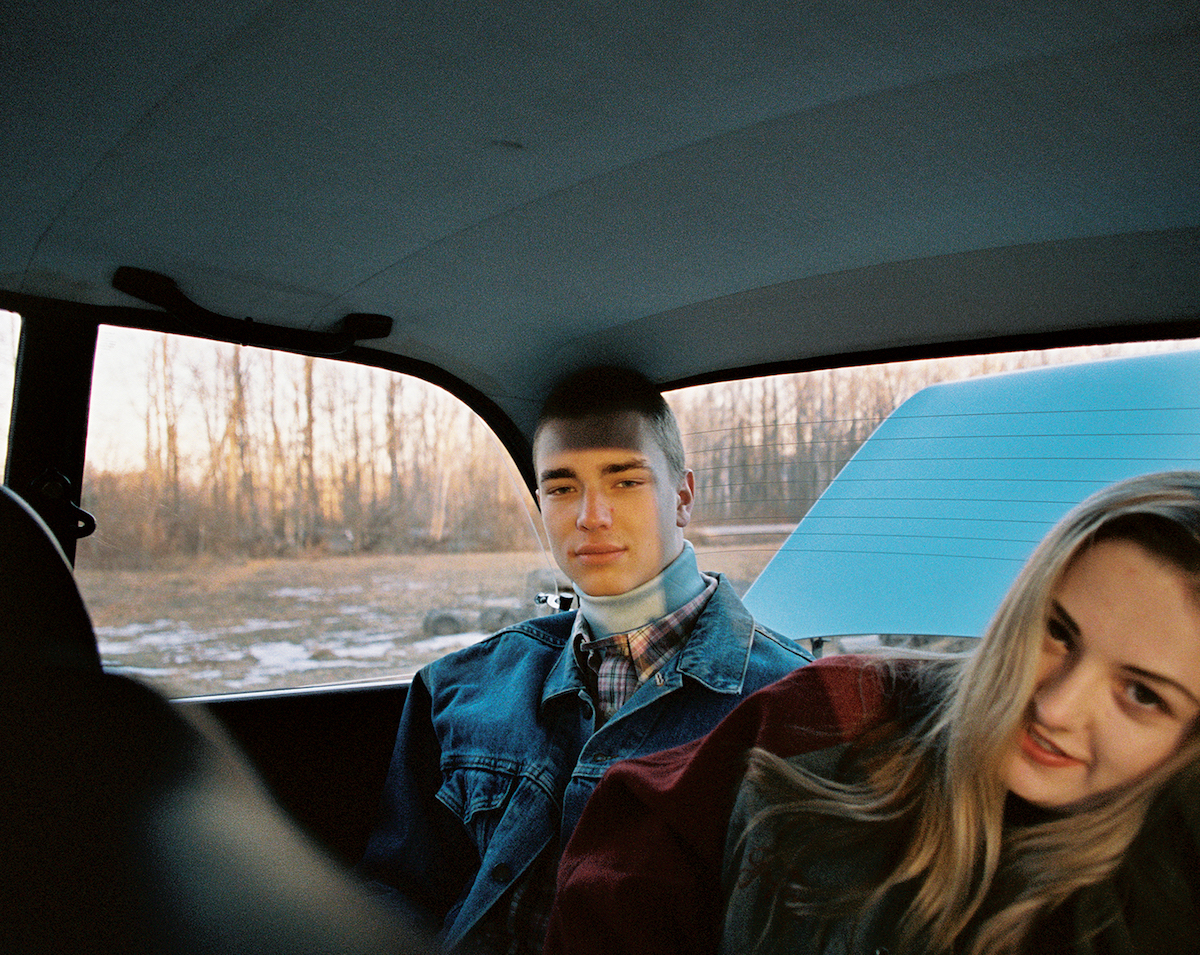 What’s your approach to shooting and why do you shoot on film?

The workflow of shooting film gives the photographer a lot of privacy, there is a certain degree of trust where the subjects can’t see how they are being captured. I’m not interested in a perfect image.  I don’t want everything to be in focus, crisp and clear, I love to see a bit of grain in low light, a cut-off figure in the frame. I want to feel life at the edge of the frame. There is something very alive about the analogue process, which is why my photographs are also hand printed. I love to be on-set, and hardly even care about the edit. I’ll select my favourite handful of images and sometimes won’t even look through the rest. I’m always impatient to start preparing for the next shoot. 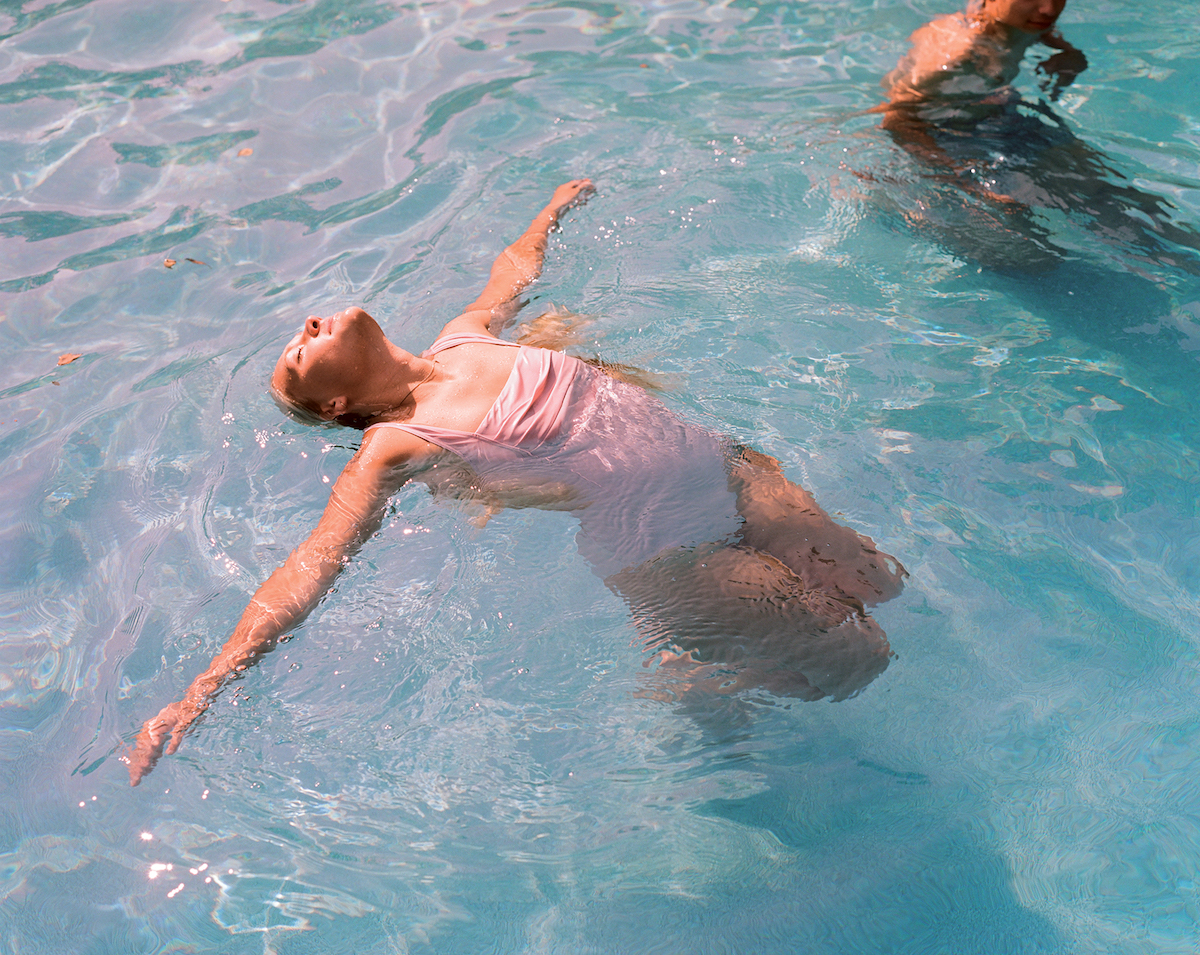 I imagine your immediate physical environment, specifically your new mid-coastal home in Maine provokes a grand amount of personal and artistic inspiration?

I think initially being in Maine was very secondary to how I approached this series and where I drew inspiration from, but the lesson became that certain places define your development whether you are aware of it or not. When you are working closely with a community that you live in, you can’t help but reflect that in your work. Growing up internationally had a big influence on my relationship to fiction and story-telling. To combat the stress of making friends and functioning in different social climates, I would escape into books, films, television, art. This is the relationship of a lifetime and it influences everything I make. Moving to Maine two years ago returned me to the narratives I knew well for comfort and it’s this relationship to fiction that became the starting point of this body of work.

It sounds like relocating to Maine is playing a colossal part in shaping you as an artist.

Maine defines me as an artist, if I hadn’t taken a risk on moving here and starting my family then I would be on a very different path. I have never felt more correct in what I am doing and although it has been at times very challenging to be so geographically isolated, I am very grateful for what it has given me.

I swooned over this sophisticated collection of images. Its seasonal grace, drama, yet playful tenderness of being, there is a lot at play. What does the show’s title ‘I Promise I’ll Never Forget’ mean?

‘I Promise I’ll Never Forget’ is a hyperbole. It is the type of promise that all teenagers make to one another before they have the experience to know what an extravagant promise means. It is also a promise to myself, to remember every day of Bo’s childhood. A daring promise I know I can’t keep, as memories are as fleeting as life. Photographs are like memories and when I think of early motherhood it will be these pictures of teenagers stepping into adulthood that are my memento of that time. 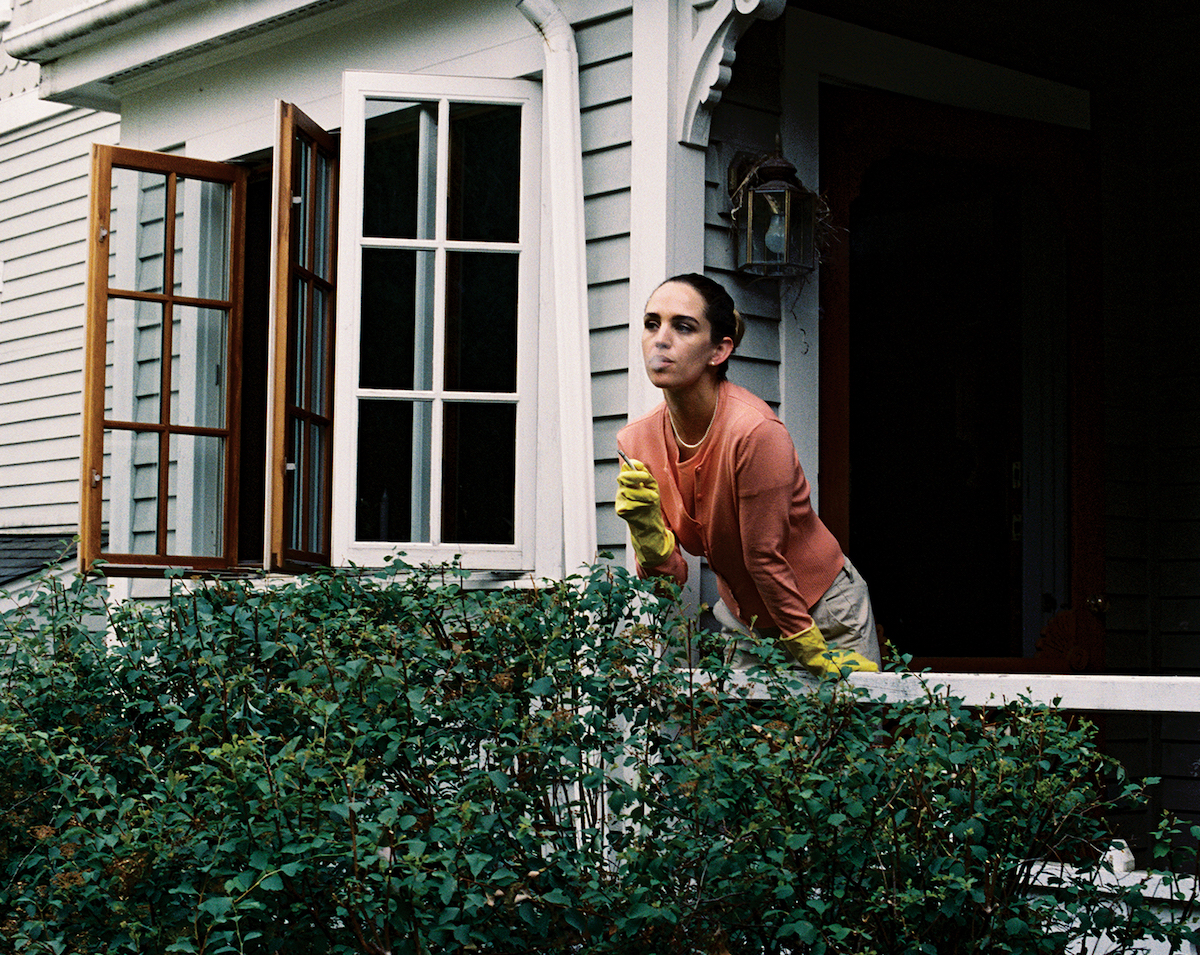 Talk me through your process for conceiving this show.

I moved from London to Mid-Coast Maine with very little warning and had Bo. It was a mad year where my entire life turned upside down and I was struggling to hold onto the parts of myself that I really valued. Initially, I was very unsure about approaching photography from a fine art perspective, and I really laboured over the first shoot for this series. I studied for it, creating a Frankenstein pastiche for each story, I stitched together Donna Tartt with Andrew Wyeth, “Lord of the Flies” with Alex Prager. I had multiple meetings with Emily Seymour, who did the wardrobe and props for all of these shoots, and would fill notebook pages with ideas. After a few shoots, I became less rigid in how I approached them. Emily would call me and say “I have six vintage Victorian style nightgowns, do you want to do something with them”, and I’d say yes. 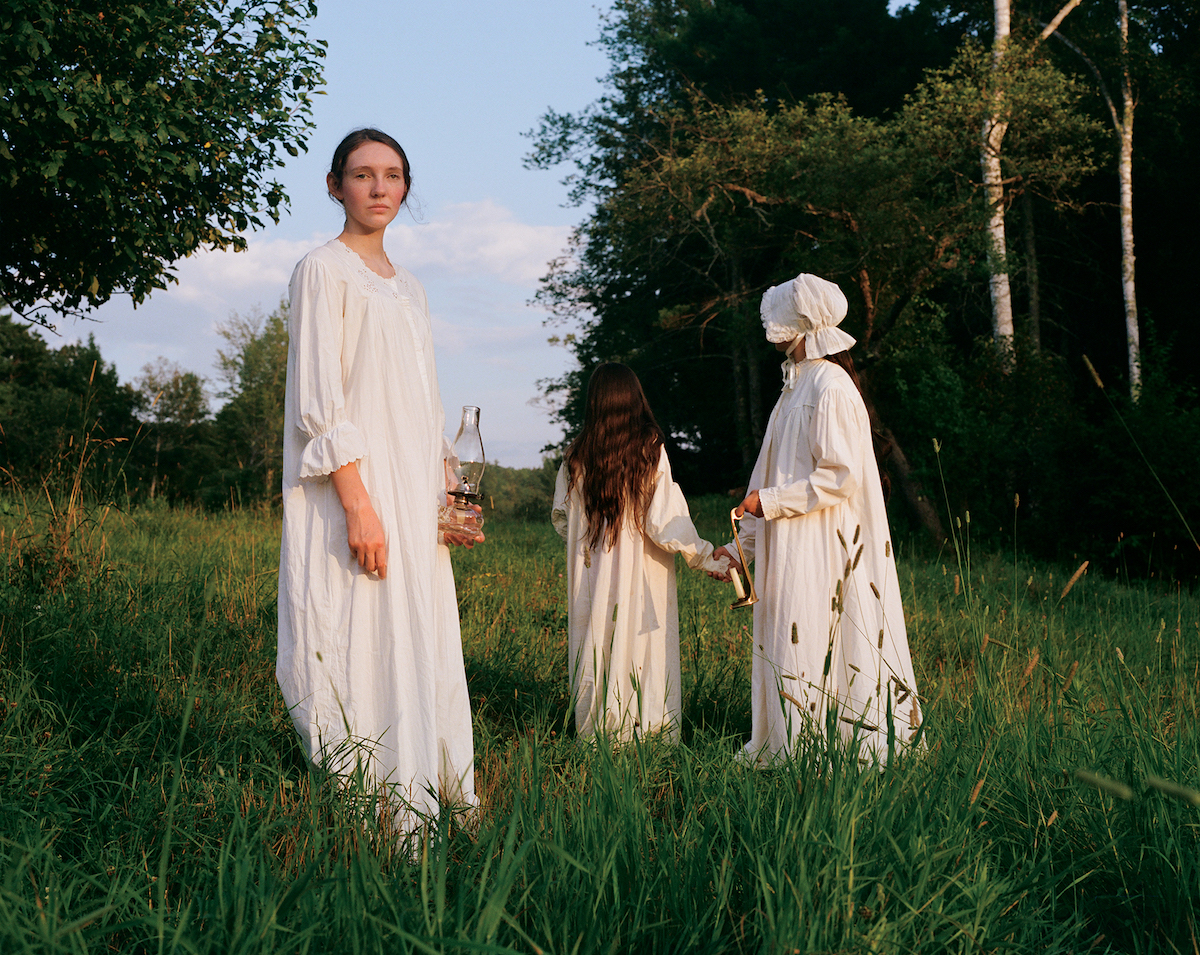 What’s been the biggest surprise about motherhood?

The lifestyle and working environment I grew up in didn’t support women as mothers, or at least they were not visible. Motherhood felt in conflict with ambition and I was very afraid to become a mother. I had built all these negative connotations around the idea of motherhood in my head, that it would mark the end of my career and I would no longer be myself after having a child. I was so wrong. Motherhood has been incredibly empowering and has given me confidence in what I am doing, forcing me to really push for the work I believe in. Nothing was taken away after we had Bo, instead our world expanded. 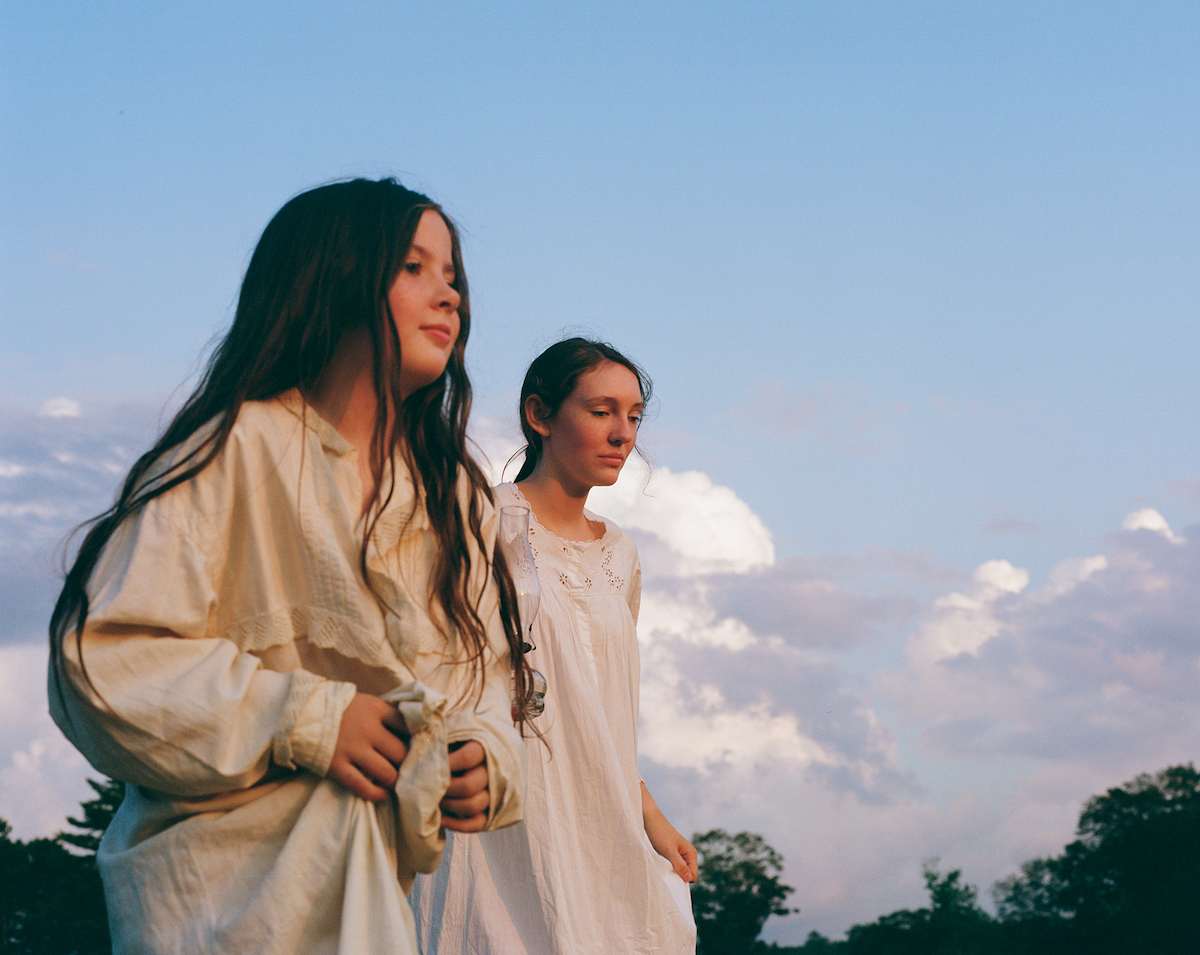 “I Promise I’ll Never Forget” feels like a beautifully vivid collection of short stories, each character telling an emotionally deep story, carrying us further into the larger narrative. How do you cast your work?

Casting has been an interesting process. Last summer when I was casting for my first school girls shoot I met Gideon by accident in Rockport harbour while looking for the Harbourmaster to try and cast her niece. Gideon introduced me to his girlfriend Syd who also went to the local high school, and Syd then introduced me to everyone she knows. One of the girls from that shoot, Lindsey Reilly became my main point of contact for casting. The casting process really shows what a small town it is, and how the community works in places like this. Now I’ve been shooting with the same group, rotating between them for a year, and a lot of teenagers have left this month to start college so casting after this summer will be looking for new faces.

Madeleine teaches photography at Maine Media Workshops and is the Features Editor for Teeth Magazine. The honesty with which she applies life’s lessons to her art, and trust she allows for true freedom to find her, often in solitude, make Morlet a confidently striking young photographer in search of raw beauty in each imperfect moment.

“I Promise I’ll Never Forget” will show at Dowling Walsh Gallery this September 2019.