On Ambiguity. On Tenderness: an interview with Paul Mpagi Sepuya 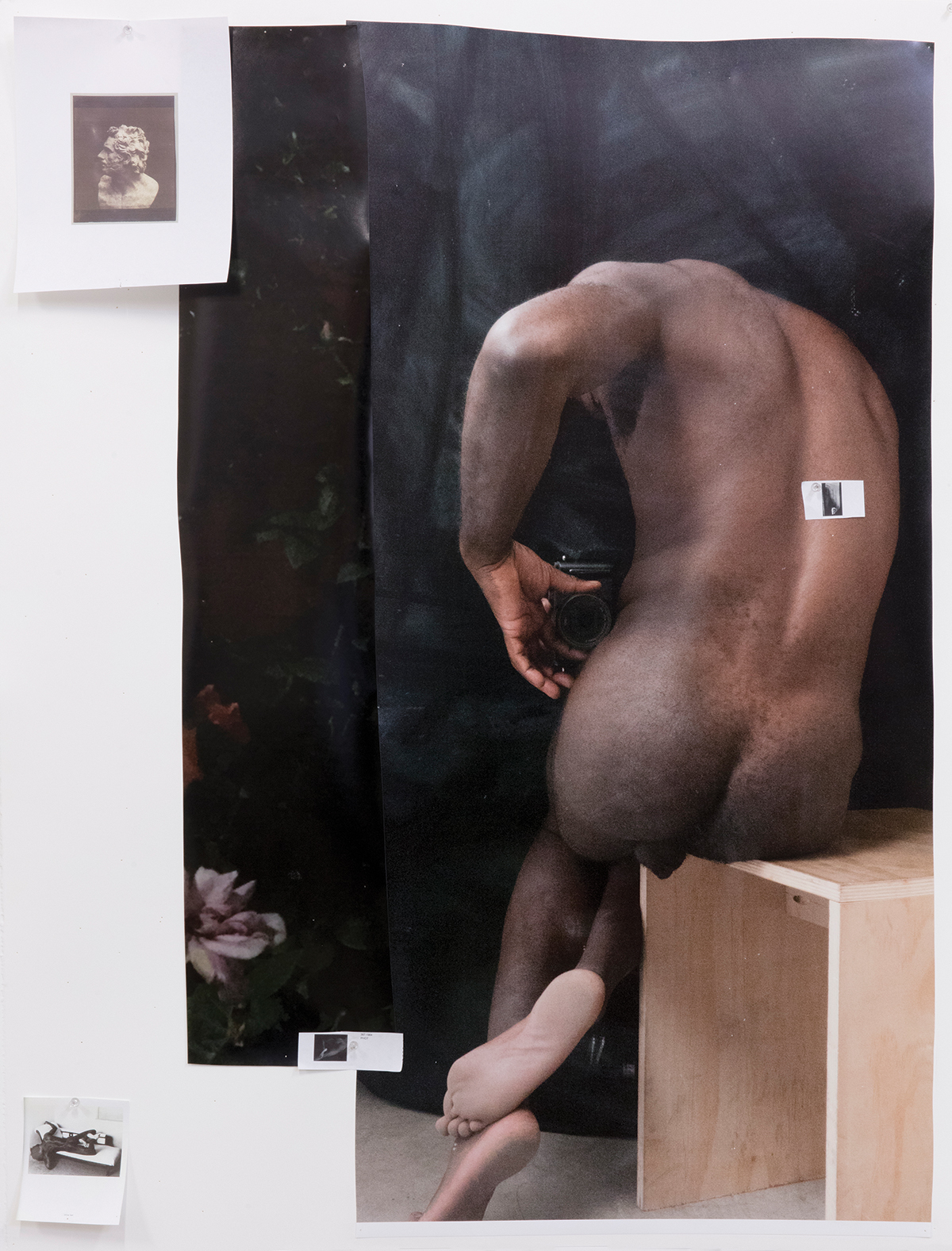 Paul Mpagi Sepuya spent the last ten years living and working in New York City, he is now based in Los Angeles. Growing up in California, his early influences were “mid-90’s CompuServe, magazine stands on Melrose and the gay sections of mall bookstores.” Turning an autobiographical lens on his work, the interests of a younger Sepuya could be said to characterise his current practice. Subverting our understanding of intimacy, he uses physical and technical constraints to create a structure for experimentation, and by doing so explores the space between identity, queerness and sexuality. His studio acts as a recurring backdrop for the contextualisation and restructuring of images and fragments” and since 2005’s Beloved Objects & Amorous Subject (Revisited), he has included himself as a subject amongst the predominantly male friends and partners who model for him. “The content comes from outside of the studio and the world at large,” engaging a narrative which is both personal and romantic; that of bodies captured in smudged reflections, fragmented figures, and black velvet draped over brown skin. 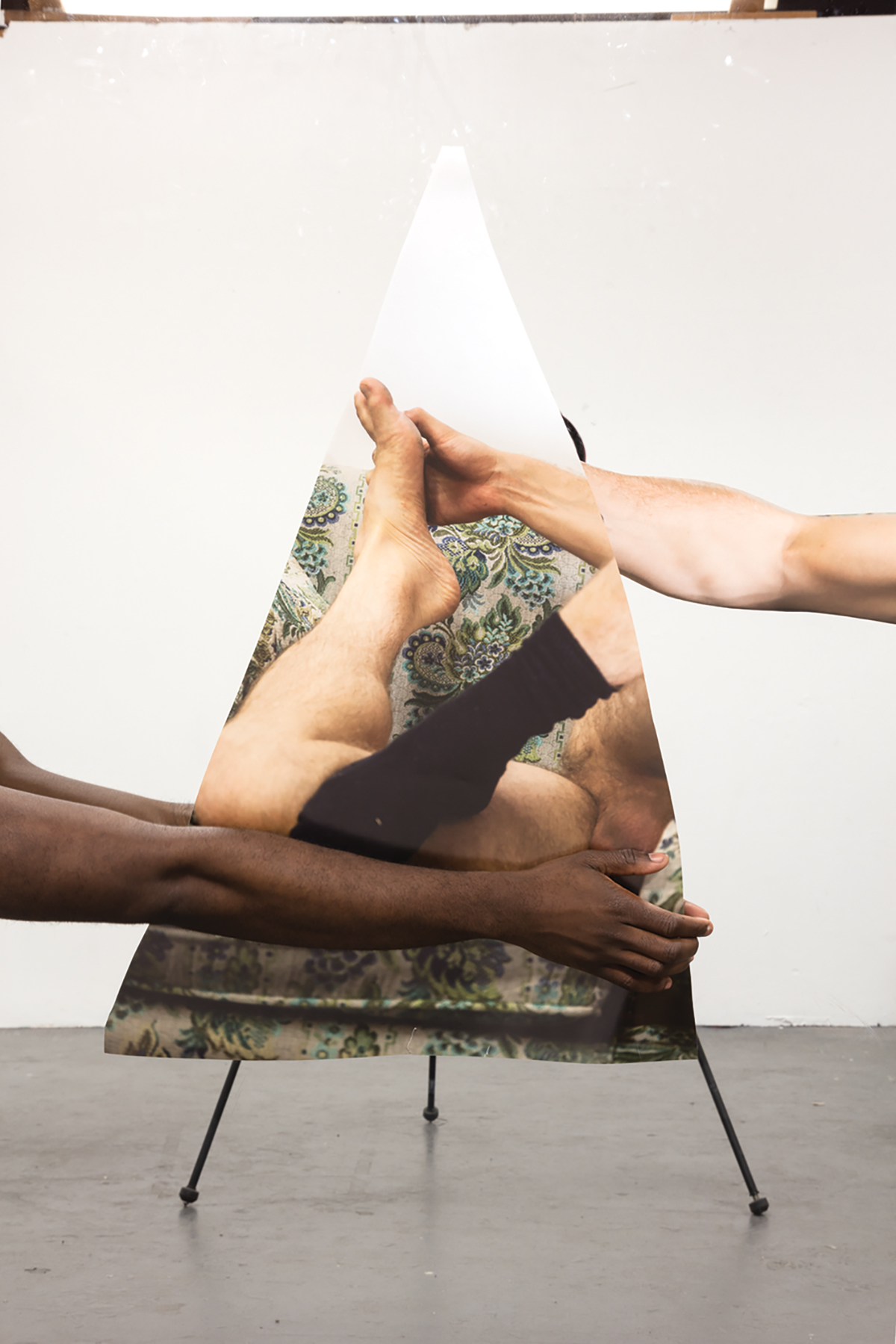 Something that impresses me about Sepuya’s work is the agency in which he contextualises its progression. “Works fall into several types indicated by three titles. Grounds, Mirror Studies, Exposures, Darkroom Mirrors and Darkroom Mirror Portraits, and Portraits, etc. With these projects starting in 2015, I removed names from the titles of the works even though every piece is founded in portraiture. Either you recognise or do not know the subject figure.” This presents an extended dialogue that explores ever-evolving possibilities within the same set of constraints. Images are constructed with a set of given circumstances. They may be framed by the studio or evoke consideration about the nature of friendship and play with each person. No images are planned or sketched ahead of time, and everything develops over the course of a sitting. The monitor collages are not sketched or planned either. Within Sepuya’s body of work, there is a circular motion, a continuous loop of extension and repetition that has become a conversation between the artist, his subjects, and their audience. Our role is to decipher subtext and search for clarity within the ambiguity provided: which limb, whose body, what relationship, why this reflection. 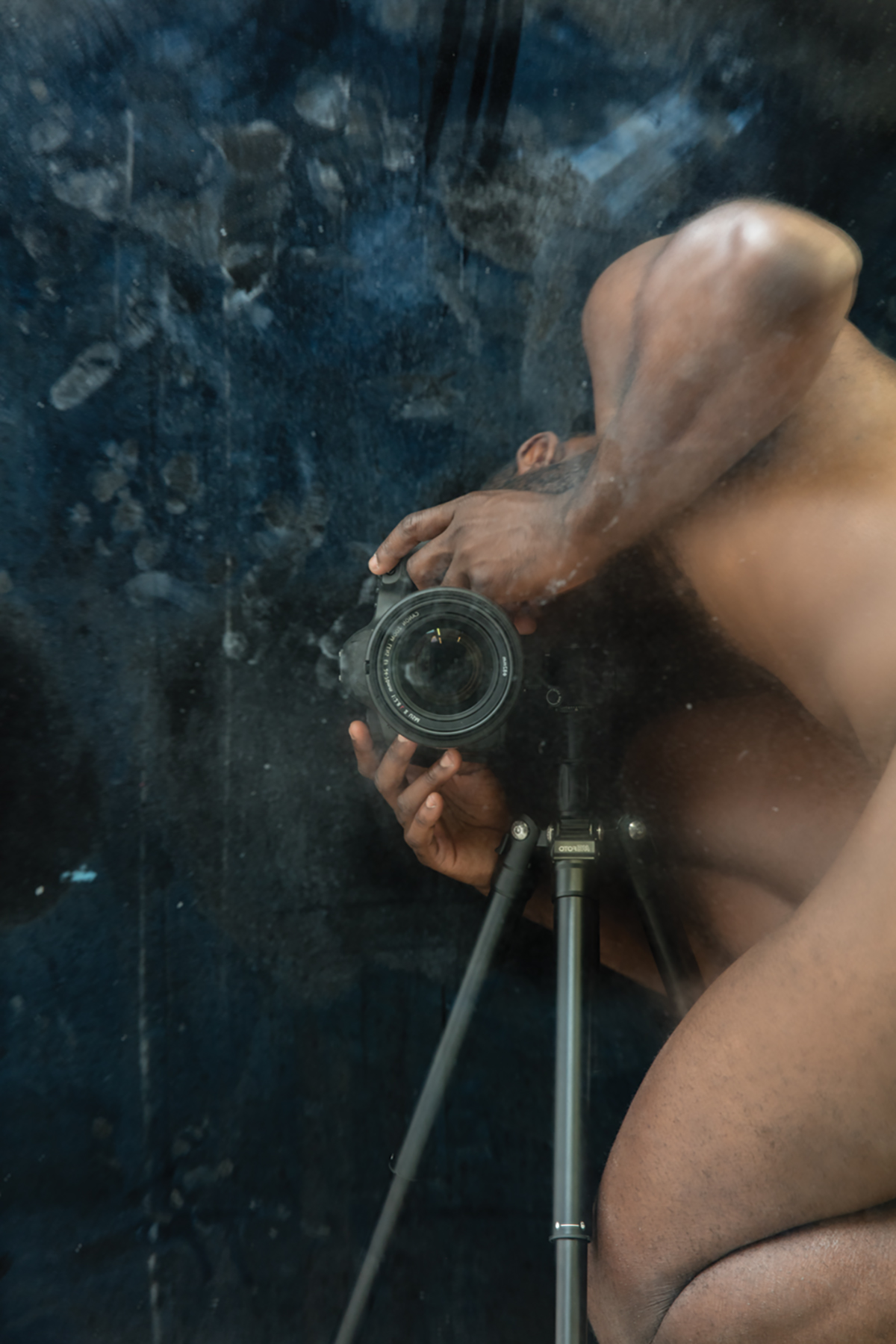 How Sepuya approaches photography is reminiscent of how an author might flex literary conceits. He creates conflict by revealing the technical devices behind his work, building trust and reminding us that it is the unseen which manifests tension. In the self-portrait “Darkroom Mirror (OXSA1531) 2017,” Sepuya’s naked figure is concealed by his camera, capturing himself amongst the traces of life that have been left behind on the mirror which reflects him. He is guiding us to our own predilection for eroticism – our association of the equipment as phallic, the sexualisation of a dirty mirror – these interpretations belong to us. “All of my works are in-camera, there is no digital assemblage or collage of images, and I wanted to emphasise the single image as well as reveal the gaps in failure. The information in the parenthesis at the end of each title is the digital fire capture, or film roll and frame number. If one were to see how many numbers, images are never seen…” It is the proposed honestly of these devices, combined with our impulses, as well as our need to dissect and understand that culminates into one of the works greatest draws the challenge of deconstruction. Sepuya reminds us that photography can be both radical and tender.