Full of Light: An interview with artist Faye Wei Wei 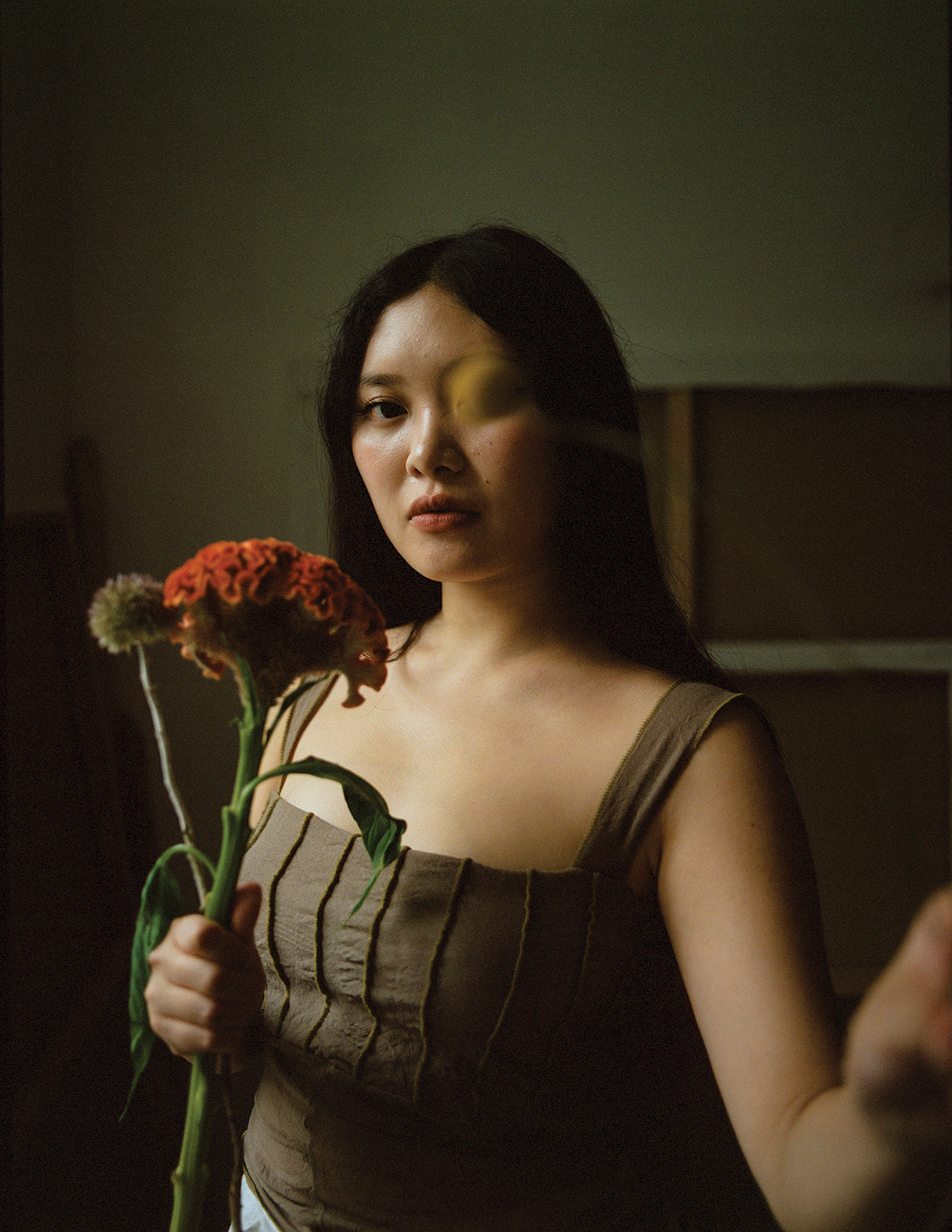 Faye Wei Wei (b.1994 South London, UK) tends to begin her work’s preparation on the floor of her studio, where she looks through a vast collection of imagery and drawings, devouring poetry tomes in search of a spark. It’s constellation pageantry that leads her paintings to explore modern mythmaking and youthful tales of love.

Painting chose Faye at 16. She remembers her art studios often being open late at night, and on one lucky evening, she had the downstairs basement studio all to herself. “I laid a carpet of off-white glorious paper upon the floor and spent hours using my feet to dance a giant brush loaded with ink across the floor, going in with a smaller detailed brush to access the smaller pockets of the painting. It felt like a magical ritual. I was hooked,” she recalls. 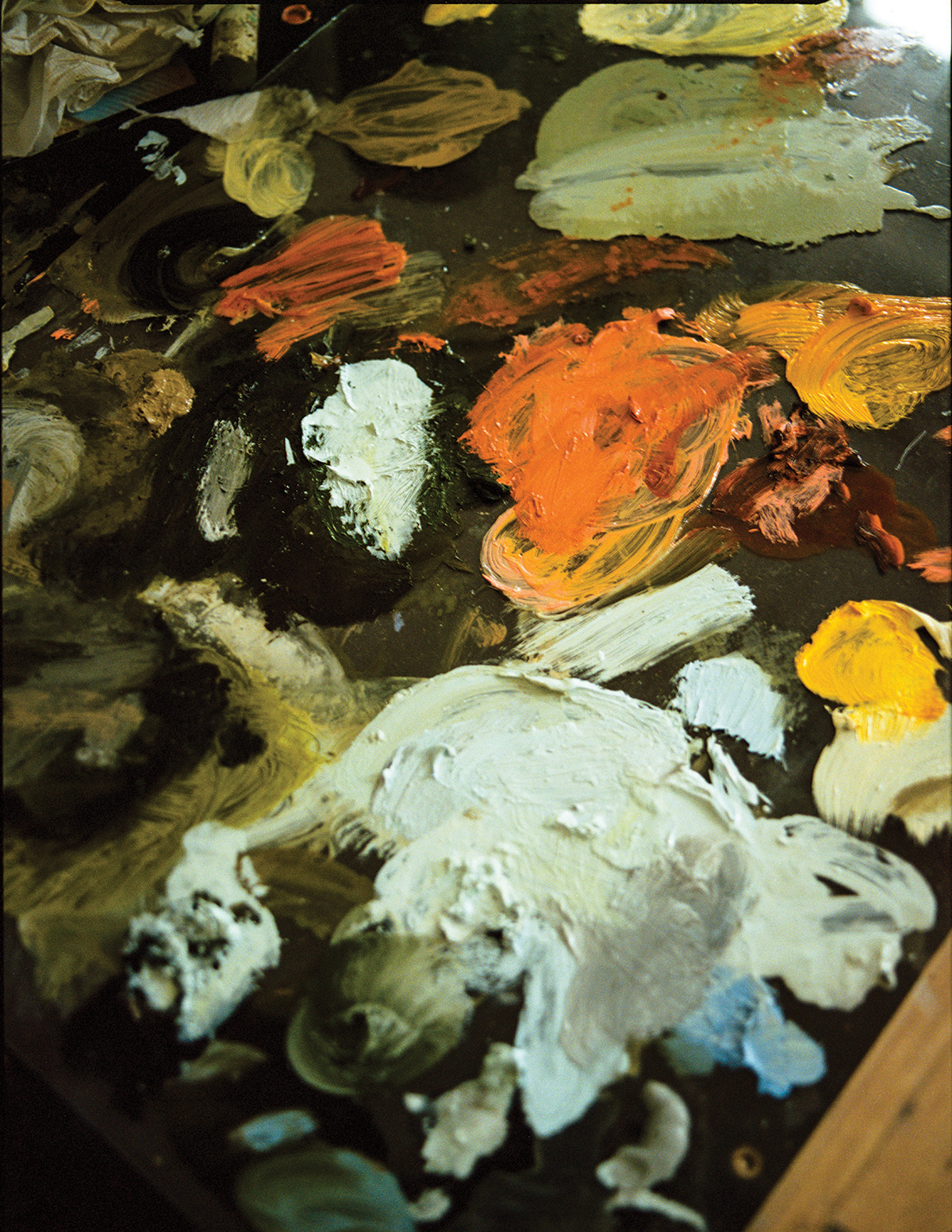 It’s been over three years since Wei Wei’s graduation from UCL’s Slade School of Fine Art, where she discovered her own art practice, self-motivation, and “all the best drinking spots in Soho.” Growing up in London, her curiosity with art began on long walks along Portobello Road with her father: “He would show me delicately ancient porcelains and bewitching jewels that looked as if they were winking at me.”

Wei Wei’s paintings evolved into sensual and thinly layered dreamlike legends about lovers, folklore creatures, moons, flowers and lions that sprawl through towering canvases. “It feels nice to work with something just fluid enough. I love the immediacy of a mark when it’s placed with the right intensity of feeling. It can make a figure come alive and describe fine details, like the back of a lover’s neck or flick off a snake’s tongue.” 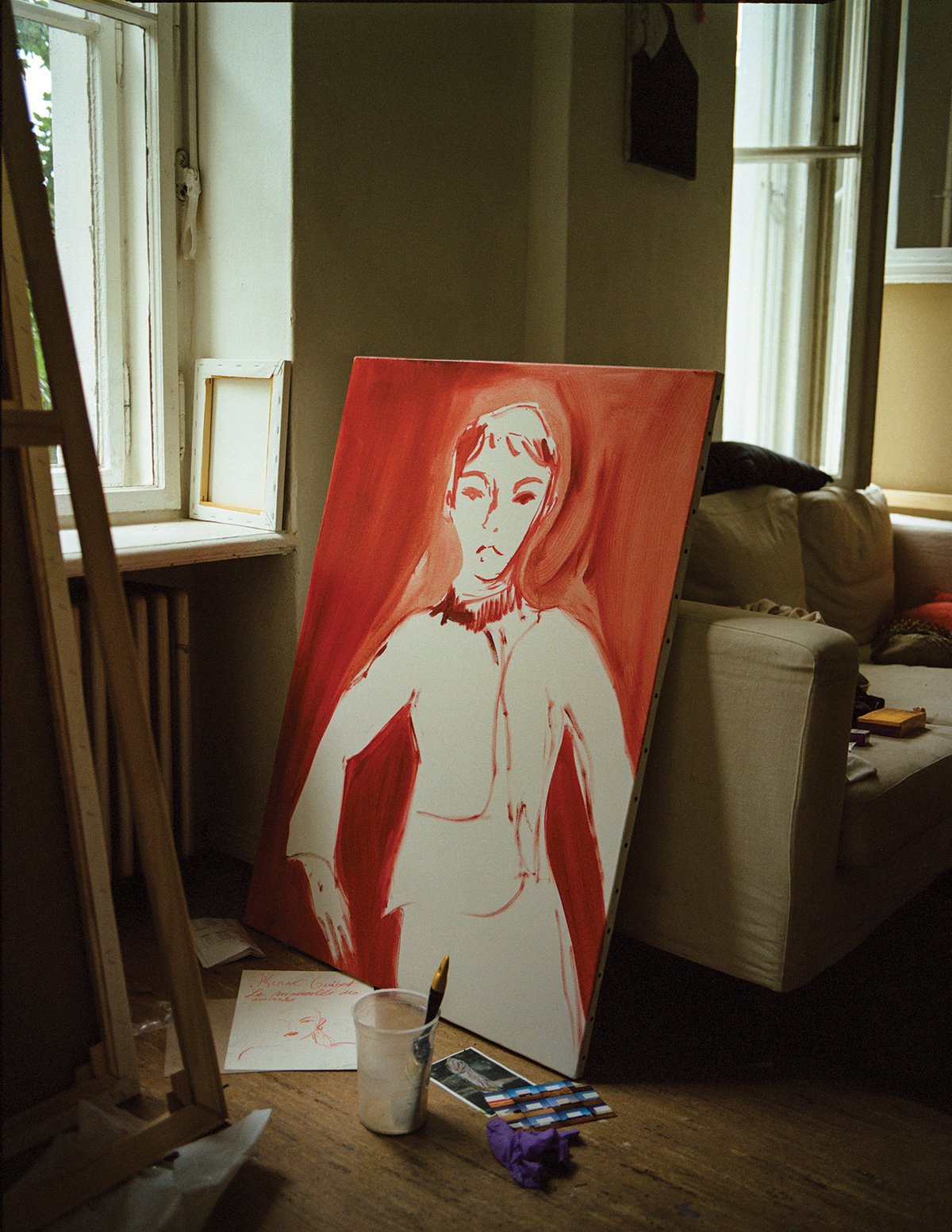 Unlike her delicious daydreaming, the space within actual dreams often feels quite scary and uneasy to Faye. Sometimes it isn’t the feeling she wants to invite into her work, though occasionally dreams do find a path onto her canvases. “There is this one dream I remember vividly. I was sitting on a large bamboo scaffolding sculpture in the middle of a grassy field. The feeling of the wind blowing in my hair felt so liberating. I felt so free and full of light.”

There’s an expansive roster of human emotions in Wei Wei’s work but love is the true force she’s interested in exploring, that glues it all together. Starting a new painting feels “very soothing and a bit scary.” “I feel like I need to be feeling a bit brave that day. Sometimes you fail over and over, but those moments of failure and the feeling that something is off births really beautiful new moments in the paintings. New colours emerge and new tensions in the picture help to lift them from decoration.” 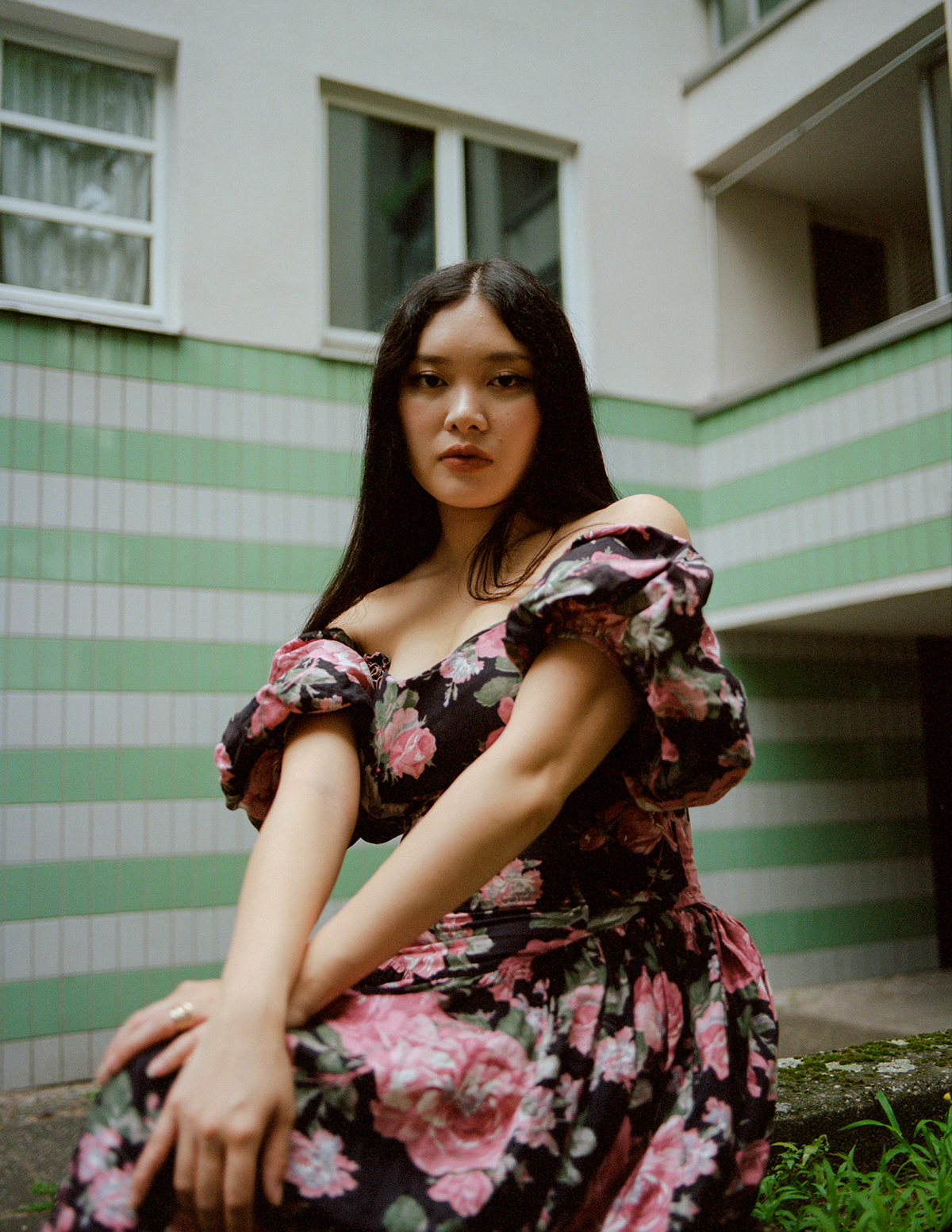 Wei Wei’s works express metaphors, delve into the duality of paradise, and surface youthful romance, expertly balancing emotional waves with each colourful stroke. But she knows when the story is told, and her job is done. “My tutor came to my show recently and after considering all the paintings he stopped at one I made on paper called “Wish Bones” and he said, ‘Faye, you know when it’s finished, you know when to stop, this one’s really good’.”

The choice of Wei Wei’s colours really excites me. Their depths and simultaneously fresh ease makes me wonder whether the palettes are calculated or intuitive. “I love green. It has such a high range of feeling. Green can be soft and dark,  light and harsh, or fleshy, or even a moment of solidity, and sometimes a shadow of a hole,” she says. I discovered Faye Wei Wei through her painting “Boy with Snake”. I’ve immediately, inexplicably and tenderly fallen in love with the boy it features, perhaps because green is also my personal most-loved colour, and [according to the Chinese zodiac] the snake is the animal of my birth year. I wondered what he means to Faye, as though it would explain his meaning to me. “That’s one of my favourite paintings I’ve ever made. Luckily I kept him to myself. He’s probably based on a boy I used to love, but I don’t remember anymore.” As she confesses, I feel like she’s mindreading.