Revealing At Arms Length: An interview with curator Antonia Marsh 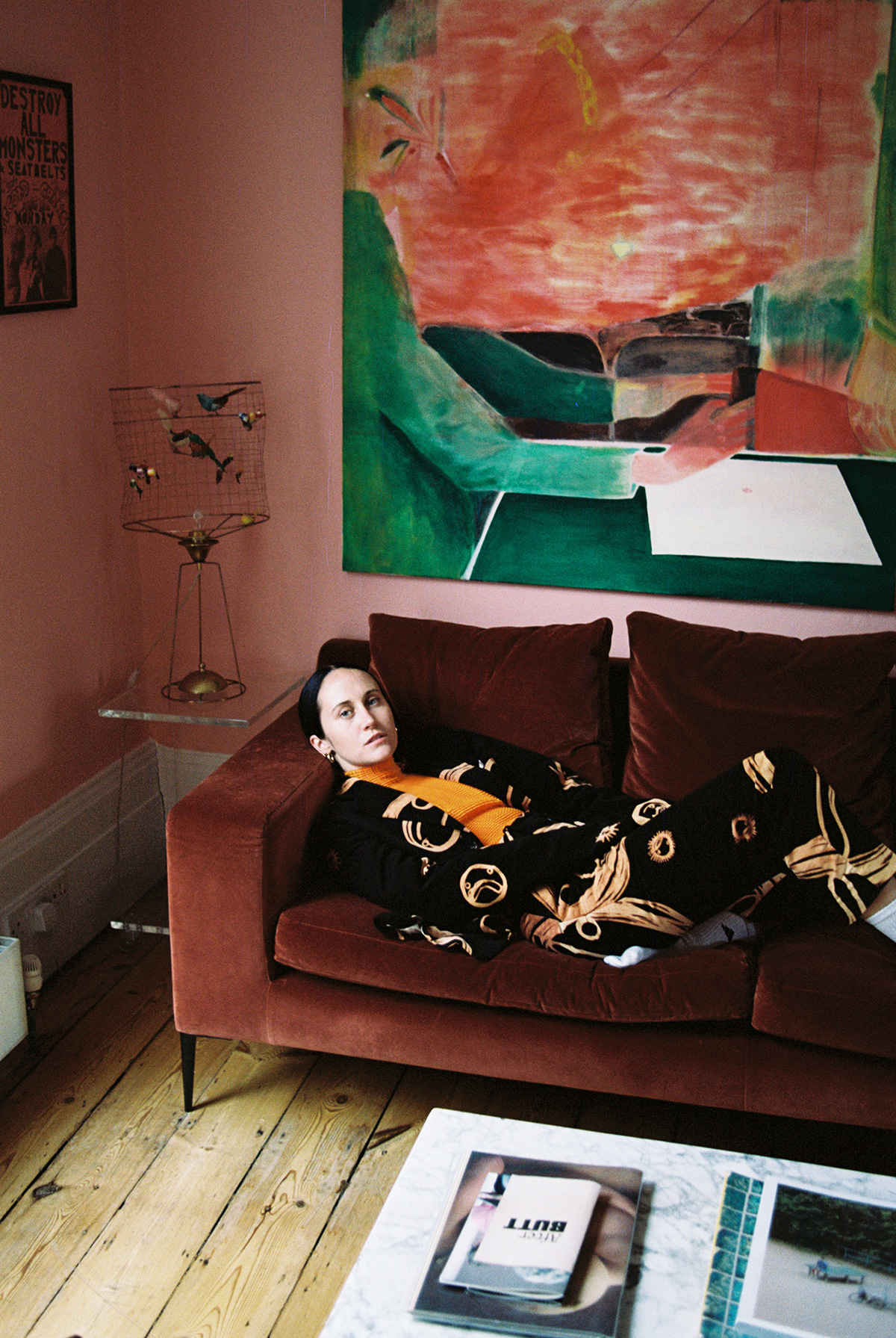 A lot has been written about Antonia Marsh as London’s own rebel curator. Sitting in the garden of her London Fields home, it is hard not to be struck by her. She has a magnetic quality, a strong pull that goes a certain way in explaining the momentum around her work. For those of us who believe in a power greater than ourselves, I would dare to say that Marsh is fated to be a juggernaut in the art world. As a child, she would tear out images of artwork from magazines to put on exhibitions in her bedroom. She quickly realised that her passion – or obsession – was working with artists and curation was the way to do that. One of Marsh’s most attractive qualities is that she is an artist’s curator, her love of art and the artists who make it is at the very heart of her approach. And it shows. She is a young woman who has already spent a lifetime nurturing her curatorial eye.

In January 2019, Marsh opened her second ‘Soft Opening’ gallery space, on Herald Street in Bethnal Green, after the success of her first space in the Piccadilly Circus underground. Opening with a solo show from Agata Ingarden in both spaces, her upcoming shows include those from Alix Vernet & Arielle Chiara, Jonathan Small, Sara Knowland and Ryan Driscoll amongst others. 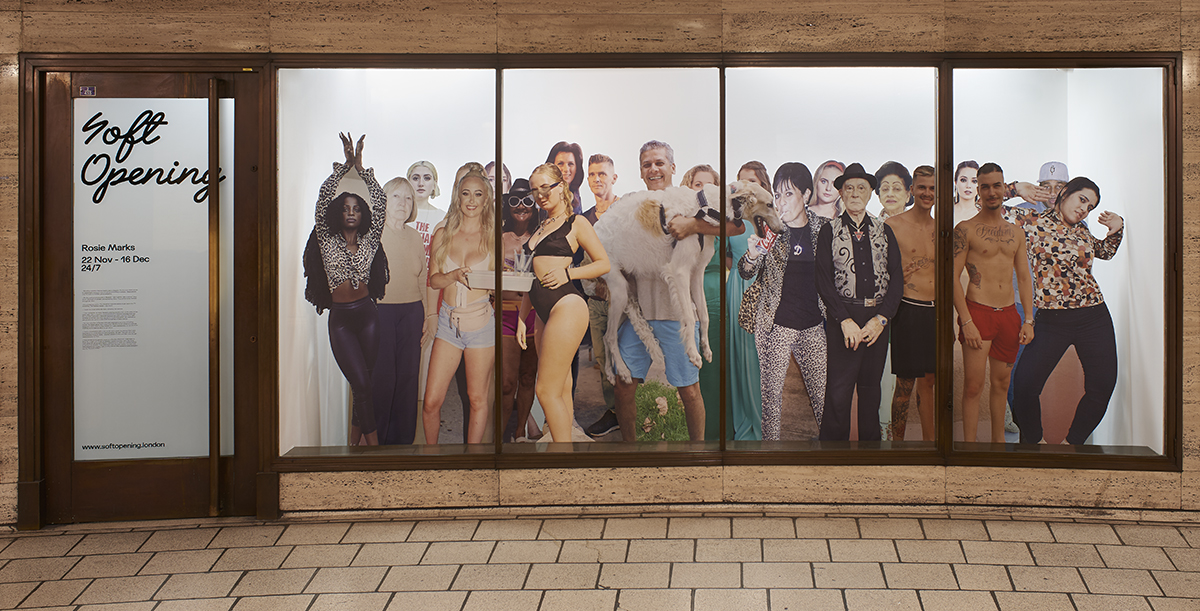 You’ve been curating for a long time, in New York and now London, your first Soft Opening space in the London Underground has been on must-see lists since it opened just over a year ago, and now you have a second space. How did Soft Opening start?

The name came last. But I guess after curating for a while it just felt like the next step, getting my own space. I didn’t really see it as a move from curatorial to commercial – it just felt natural. We were looking for a long time at much bigger spaces that needed a lot of work but none of them were sticking, at the same time, I kept looking at these empty spaces in the tube station and just thought fuck these are amazing. I never see empty spaces around and don’t think about what I could put in them. Speaking of the universe, it all fell into place at the same time. When I couldn’t find a gallery space we found out about the lease for the space at Piccadilly. It just happened, and I think it’s really been such a weird miracle space.

Exactly. Soft Opening happened organically but the nature of the [underground] space means that it functions productively in so many different ways. It’s also been a really good interim for me before getting a bigger space as I didn’t have to be there every day – it’s experimental, there’s so much character.

I nicked it from a drag night I used to go to in San Francisco, I think. Although, I couldn’t find any trace of it on the internet.

It feels like an obvious name but no one else has thought of it, which is how all the best ideas feel.

I asked so many people to make suggestions for the name and in the end, it ended up being my suggestion.

There’s also a less obvious suggestiveness to the name itself, which I love. It’s the perfect name for an experimental space that features such a mixture of established and emerging artists; Ryan McGinley, Louis Morlet, Ariana Papademetropoulos, Harley Weir to name a few. Small shows with emerging artists are often very localised, as if you needed any more unique selling points Soft Opening then presents this rare cross-pollination of UK and American emerging artists. Is there a thread between the shows you are curating in this space?

I think that we in the contemporary art world sometimes forgot that to be showing young emerging contemporary artists is already very niche. I think what’s really interesting about, and what links these artists together, is their interaction with the space itself. What putting your work behind a layer of glass can do to it. How doing something underground informs their work. 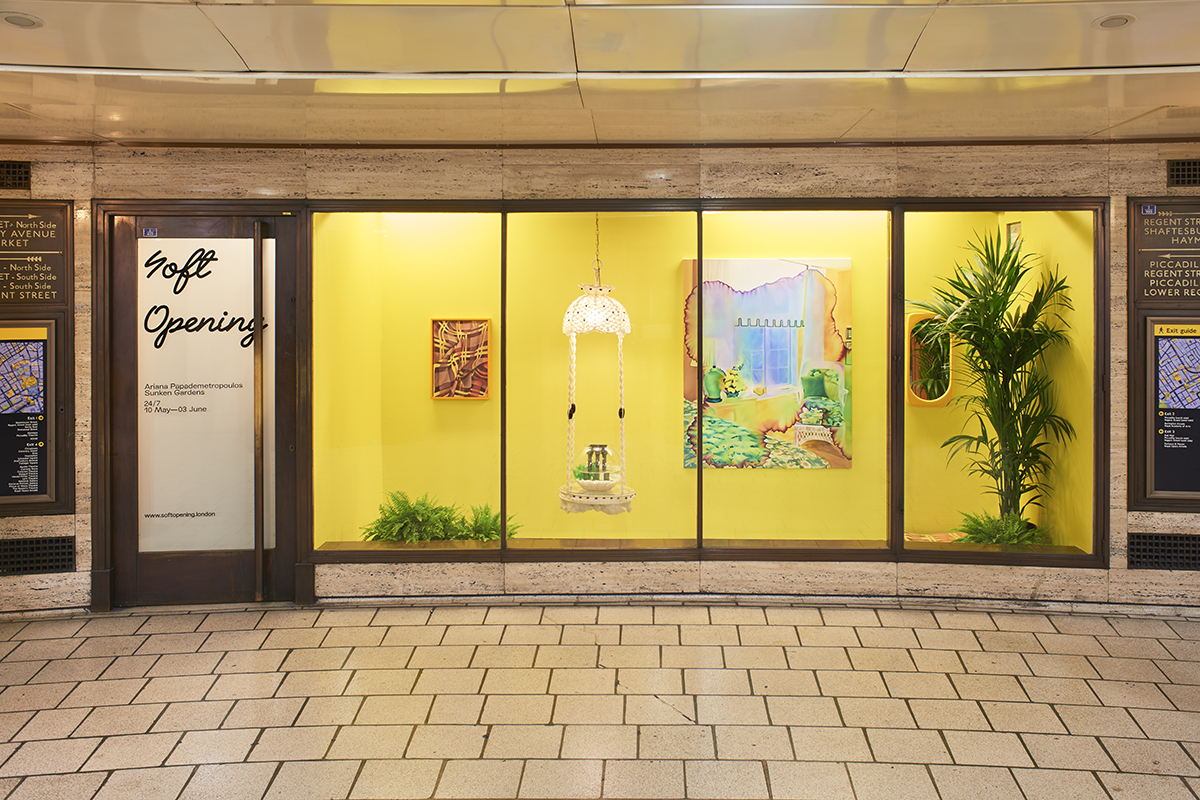 I think a lot about art and self, the distancing of self in art, in some ways this gallery is a physical embodiment of that conflict. You are already in a space that is so public, but it’s also a step removed. You can’t enter the gallery, you can’t stand an inch away from the work. It’s both revealing and held at arm’s length – which is really interesting.

How we behave when we enter an art gallery is so different when you go to see the work at Soft Opening, at our openings people talk to each other facing the artwork. No one talks with their backs to the work because there is this layer of glass that has the same aspect ratio and pull as a screen.

It’s weird to put art in that space

It’s a conflict and conflict is what creates interest in life and in everything. Can you tell me about a show that has made a big impact on you as a curator?

If I was an artist and you asked me what shows have blown me away, it would be presumed that you would be asking me about artwork and whose work I like, but as a curator it’s different. At the Wolfgang Tillmans show at the Tate Modern, Tillmans is playing a record and he has mastered the music so that it plays with the same quality, level, volume as it would have been played live, except we are just sat on a chair in a room of old chairs in front of some speakers. There is something really magical about that – as if it is an emblem of the relationship – that has really stuck with me. Is that mental?

No, it’s really sweet. A lot of your artists haven’t necessarily come from traditional routes, and this mixture creates a kind of punk rock feel about your place in the art world. You have a real presence in popular culture, not just the art scene, and there is the sense that you are also a curator of people. You’re a part of something much bigger than these two spaces. How does selling work from emerging artists and popular artists affect you as a businesswoman?

I’m now a dealer as well as a curator, which is a bit of a weird thing. If I’m being honest it’s really hard to sell work full stop by emerging artists who don’t have a market yet. But there’s also this weird thing where the art world is now looking at me as an entry point into something new that is happening. Remember that it’s not just new young galleries, new young curators, new young artists – it’s also new young collectors. People like you maybe – starting a family, interested in art, because of the world that we live in we all have curated these very particular personal tastes and interests. Working with young collectors is one of the most fun parts of my job. It’s all about a generation coming into fruition.

I guess it comes back to what we were talking about earlier, about things falling into place at the right time.

Everyone always says start collecting what you love. Even when I work with more established collectors, they started collecting things that they loved. 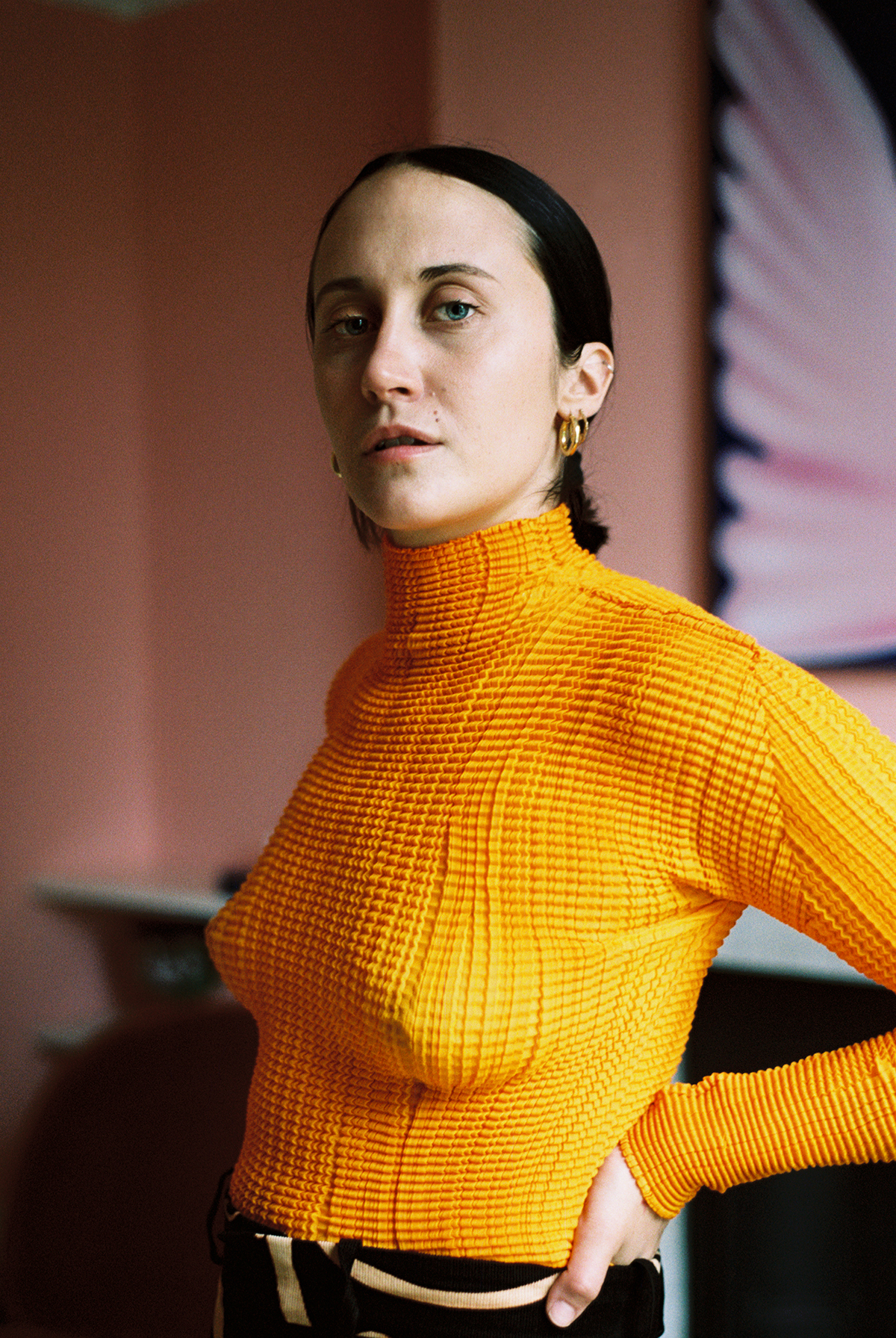 After our interview, Marsh shows me around her house. The living room is painted a very photogenic millennial pink. On the fireplace is a swan by artist George Rouy, although hand-painted it has a similar quality to the work of Ariana Papademetropoulos who had a solo show with Soft Opening last May. Her art collection, accumulated over the years, has transformed her home into another showing space. I want to take half the pieces off the walls and hang them in my own home. From where I’m standing it looks as though her covetable personal taste, rebel status, and perhaps the work of higher forces will lead Antonia Marsh to be a defining force in modern curation.