Black Refractions: Highlights from the Studio Museum in Harlem 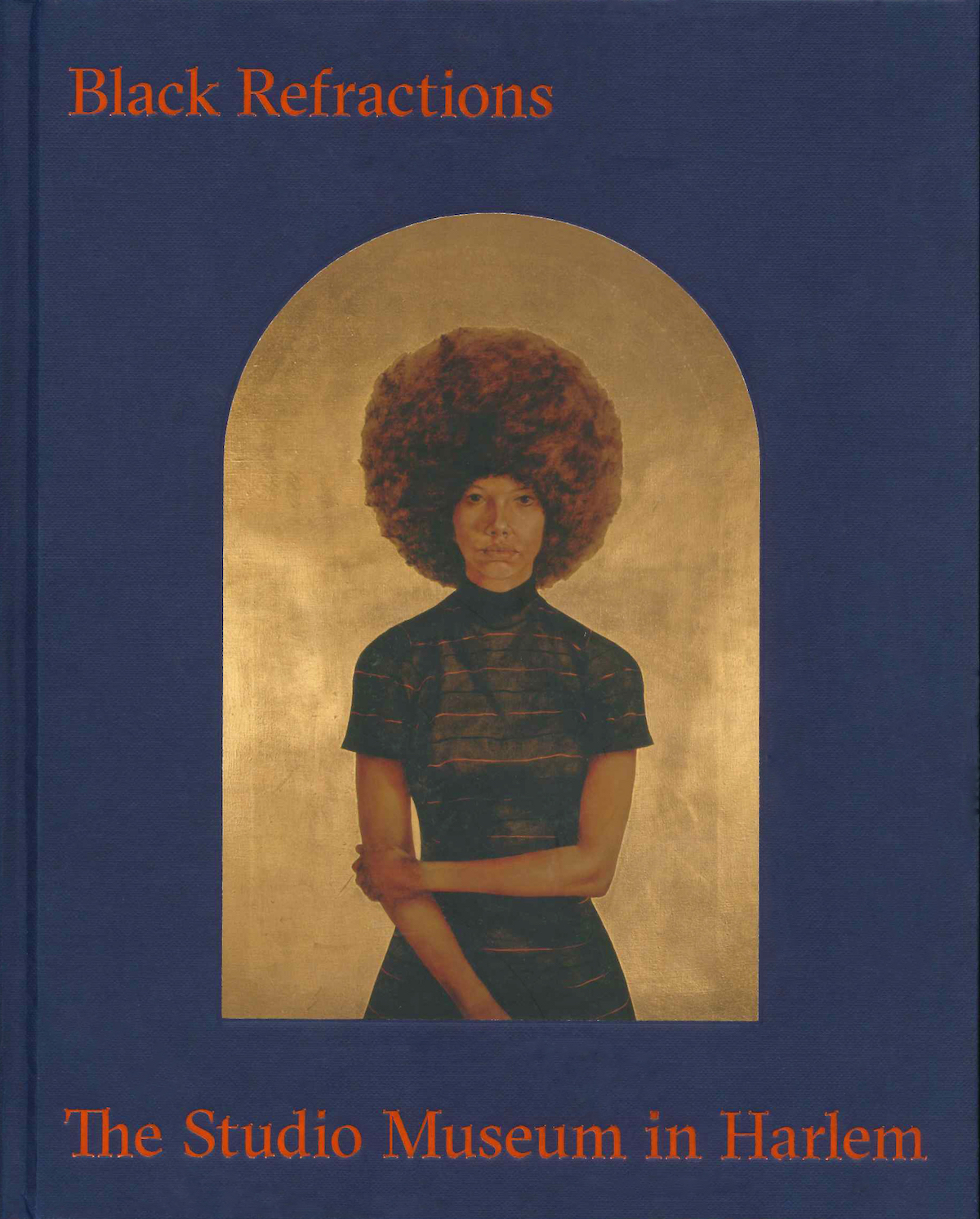 The touring exhibition Black Refractions is a comprehensive introduction into the broad repertoire of the collection at the Studio Museum of Harlem. From Malick Sidibe to Kerry James Marshall to the exquisite Barkley Hendrick’s Lawdy Mama featured on the book cover, the scale of the show is vast, yet not unwieldy. The accompanying book published by Rizzoli offers a notable dive into the museum’s history and status as one of the most exciting museums in today’s American artistic landscape.

Thelma Golden’s commentary and Connie Choi’s essay offer a foundation for the climate of the work contained in the show and sets the context for how the museum moved from its first donation by artist Eldzier Cortor to its current hallowed status. The Room (1949) is a small oil painting of a woman’s face, serenely sitting while behind her echoes the chaos of the city depicted through his signature splattering of newspaper, collaged as a window or a portal into an imaginary point. The donation was an apt foretelling of how Cortor saw the next few decades for black Americans. He donated the painting in 1971, three years after the assassinations of King and Kennedy and during a time of incredible turmoil in the country. 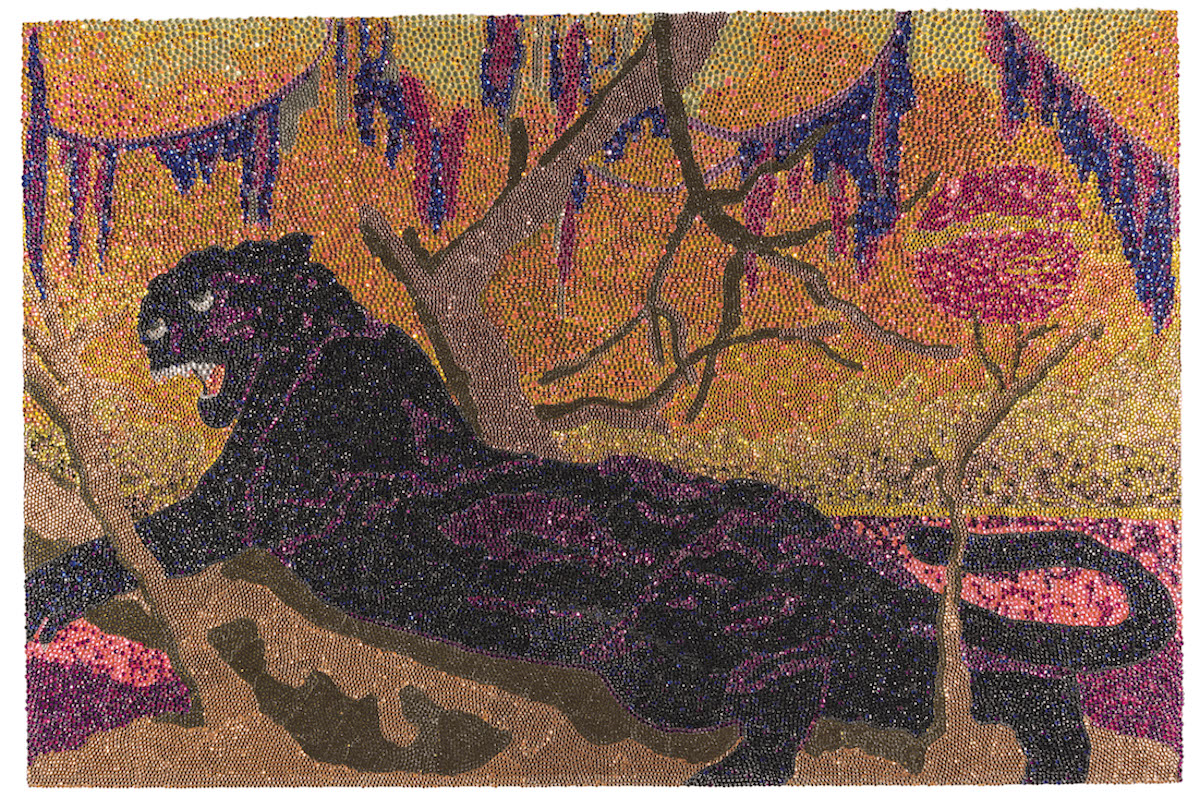 There is a mix of contemporary work from American Mickalene Thomas to English poetic painter Lynette Yiadom-Boakye. One of the standouts of the exhibition is Kalup Linzy’s 2007 video Melody Set Me Free. Linzy is known for his tributes to 1930/40’s style melodrama as in Keys to Our Heart (2008), and though this video is set in more recent times, it’s dramatic hyperbole does not disappoint. The video tells the story of Patience, played by Linzy, wanting to travel to New York to participate in a singing competition. The vitriol she encounters from Grace Jackson employing subterfuge to ruin her chances is like anything one would encounter in a Bette Davis or Joan Crawford film. The significance of Linzy casting Sahara Davenport in the role of Grace Jackson adds to the narrative’s symbolism and the fragility of black queer life (Davenport sadly died at 27 in 2012, shortly after participating in RuPaul’s Drag Race). Melody Set Me Free is the first in a series following the lives of singing hopefuls and through Linzy’s tireless over-dubbing of every character’s voice, hilarity, and subsequent heartbreak we watch the characters come to terms with their wins, their losses and their dreams. 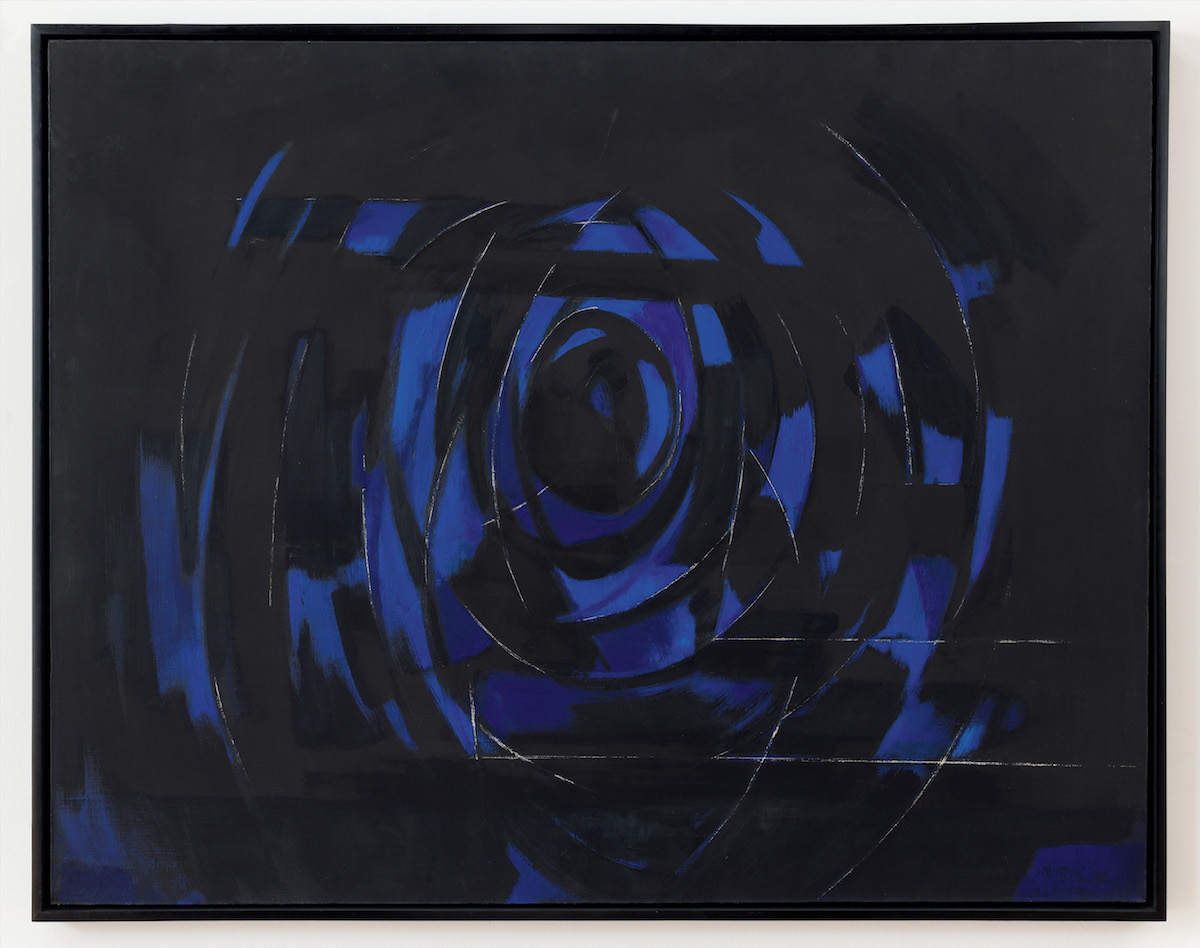 Norman Lewis, Blue and Boogie, 1974
Oil on canvas, 44 1/4 × 56 in.
The Studio Museum in Harlem; gift of the Estate of Norman Lewis 1981.1.1 © Estate of Norman W. Lewis
Courtesy of Michael Rosenfeld Gallery LLC, New York, NY and American Federation of Arts

Another invaluable video exhibited is Howardena Pindell’s brilliant Free, White and 21 (1980), whose stills are documented in the book. The 12 minutes and fifteen seconds are an excruciating odyssey into her perspicacious mind. As an audience we are buoyed by her words, the pain of the criticism coming from the white female character, played by her, is also a reflection on the internal dialogue that takes place during moments of microaggressions and violence. Though made in 1980, Pindell’s video is poignant and masterful. 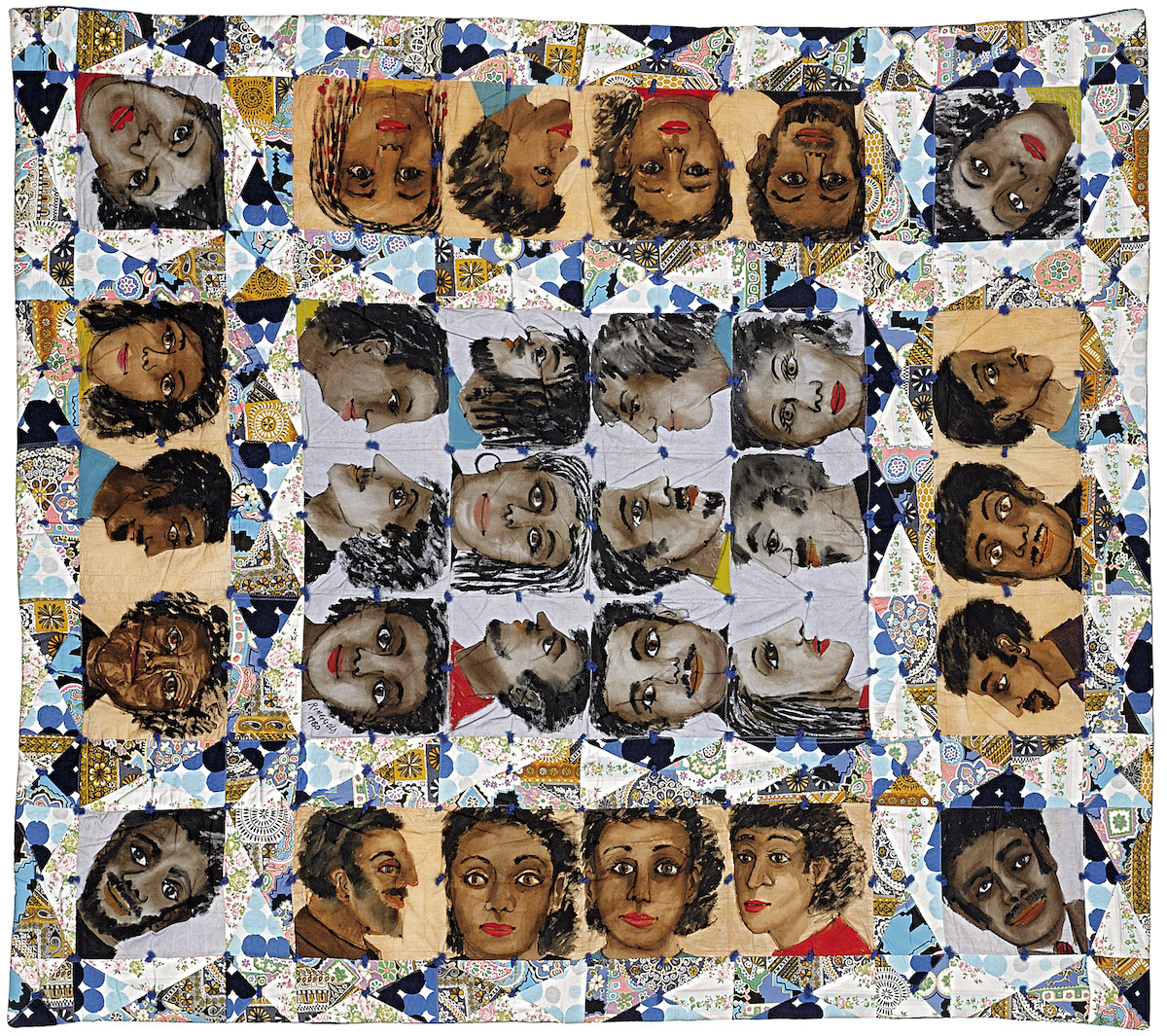 Black Refractions: Highlights from the Studio Museum in Harlem is on at Museum of the African Diaspora, San Francisco until April 14, 2019.