Vivian Ewing is an emerging writer from New England. I stumbled across her short story “The Harvest” by accident while investigating a book press based on Peaks Island, Maine. There is a specific feeling that goes with making such a rare discovery, of finding a new artist at the start of their career, it reminds me of the adrenaline rush that comes three moves ahead in a game of chess right before you steal the queen.

This is what it was like to read Ewing’s work for the first time.

“The Harvest” stayed with me. We had planned to publish her short story in our SS20 issue, but then COVID happened and we pushed our print issue. In anticipation of publishing, I spoke with Ewing for what became an almost two-hour conversation on the subjects of small towns, nature, birth, books, family ties, gender, time, and ideas of nostalgia which exist outside of sentimentality. Far more than could ever be included in an article.

Ewing comes across as warm, intelligent, and articulate. Her writing is hauntingly beautiful, exploring the tension point between nature and humanity through the lens of familial ties in rural America.

Madeleine Morlet: The influence of growing up in a small rural community is so evident in your writings, can you talk a little bit that experience?

Vivian Ewing: I was born [on Martha’s Vineyard] and lived there my whole life. The Vineyard is such a tight-knit community, I remember going through a period of mourning when I left the island and realised the rest of the world wasn’t like that. It was such a special place for me, and super influential. I grew up with a single mom, and we just felt very supported. For the most part, everyone has everyone’s back, but there can be some darker times when it feels like you don’t have any privacy.

I totally understand. Small towns remind me of high school. It’s something to do with population density. How did you come to writing, or have you always been a writer?

I have definitely not always been a writer. I was interested in photography all through my childhood, and I went to get a BFA in Photography. While I was studying I would write alongside the photographs, and that was the easy part for me. It was always the work I was most proud of. Once I graduated from that program, I felt like ‘oh thank god now I don’t have to make pictures anymore, I can just write’! I was so happy to be done and to just focus on writing.

I would love to hear more about working for a small newspaper on Martha’s Vineyard, and also working for The New York Times. Can you talk about how these experiences might have influenced the way you work?

[Working at The Vineyard Gazette] has become part of my experience of the Vineyard. I started there as a photographer but quickly switched to reporting. The experience of working for a small newspaper has taught me so much about the world that I write about, sometimes there are these big dramatic [events], but more often or not there is nothing happening. All through the winter, there is really nothing happening, but you still have to put out a newspaper. So you get those cat-stuck-up-a-tree kinds of stories, but that’s the real-life of the island. It’s not when the president visits but when people are just amongst each other, and there is a small level of chaos happening. That’s the stuff I’m really passionate about. 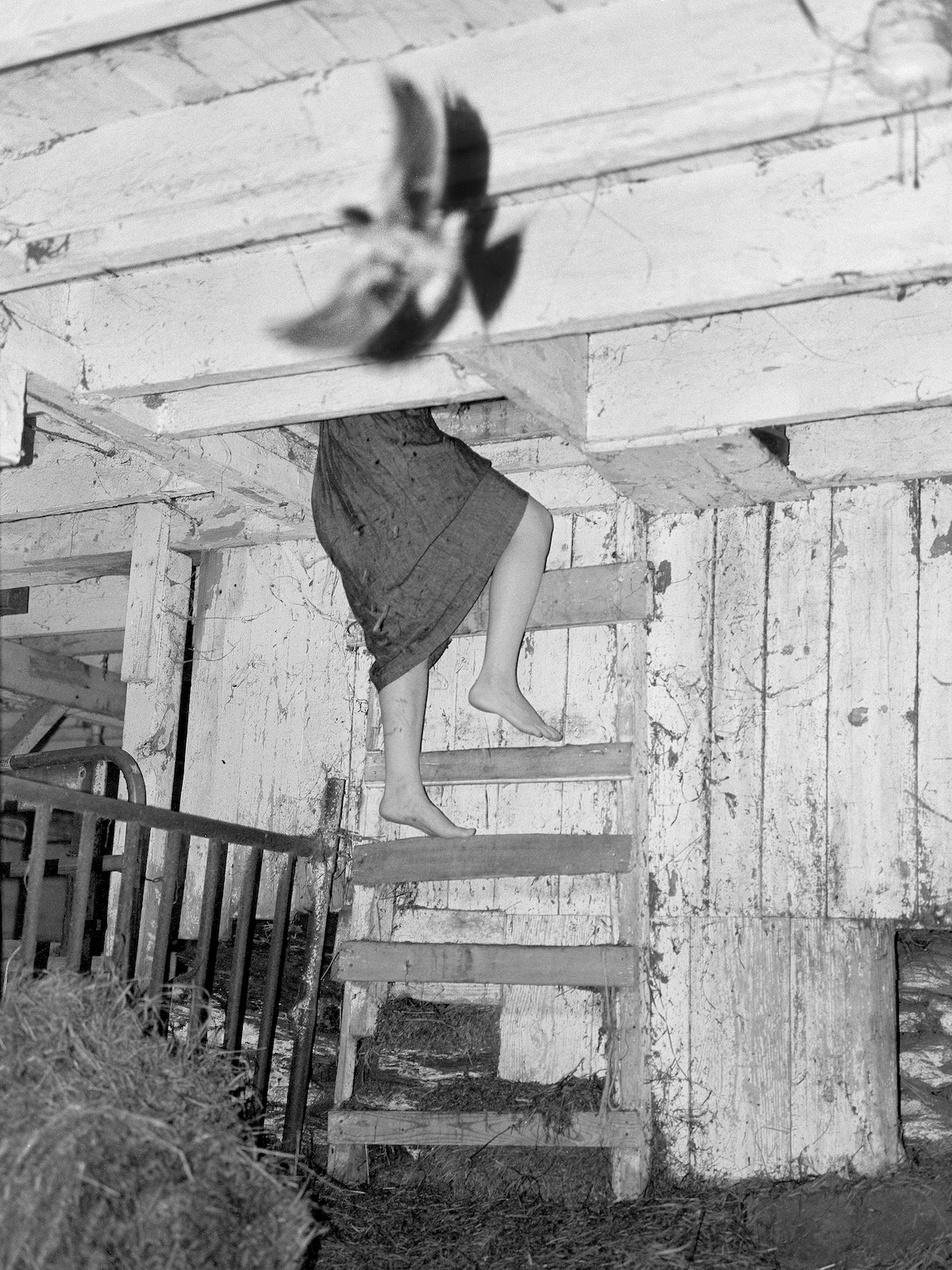 Did the Beehive story, where the protagonist discovered a giant hive in her attic, come from the Gazette? Or is it from another small town story?

It’s from another small town story. From my experience at the Gazette, I’ve learnt how these small-town news stories can be such a gold mine! I think that story came from a small newspaper in Kansas. Part of my job for The New York Times was to search through local news outlets to find stories that we had missed, so I’d spend hours scouring small-town newspapers for interesting stories. You can go weeks and not find anything [for The New York Times], but I’d find things for myself. I found the story [of] a 30-foot beehive in this person’s roof. They pulled down the boards, and just found this huge mound.

It was such a crazy reveal, the beehive, as a turning point in your short story. I kept questioning if these bees were just in her mind. We had a few wasps over the summer, and when I Googled building wasps I discovered an article about a wasp hive that had been built over a guest bedroom. The image has sort of haunted me ever since. You know, once seen it can’t be unseen.

I feel like that feeling of it can’t be unseen is my exact reaction when I know it’s going to become a story.  When you see something and you feel haunted by it, you feel like you can’t unknow it, can’t unlearn it, you can’t unsee it. That’s how I know when I’ve got something. It’s how I felt when I saw this little news clip about people revealing this beehive in their ceiling, and actually, for “The Harvest”, the story about a person getting stuck in their farming equipment came from the same Kansas local news source. As I read it, I had a physical reaction to it. I knew I had to do something with it.

It’s haunting. I read “The Harvest” this time last year, in the dead of winter where there is a lot of space to think, and found it kept creeping back into my mind. There is a sort of placelessness to the stories, reading from outside the lens of my own New England experience they become an almost non-descript rural America (outside of The Bee’s which is so seasonal). Yet, of the stories I’ve read, they follow familiar themes around family dynamics, and specifically the mother/ child relationship. Can you talk a little bit about how you came into birth work, and your relationship with these ‘feminine’ themes within your storytelling?

When I was living in Maine I volunteered for Planned Parenthood. I was drawn to [this work] because of my interest in doing anything I could to support people who wanted to have full control over their bodies. [This led to] being a doula. Whatever a person decides to do with their pregnancy, I want to support them in doing that. I’m really interested in the visceralness both of nature, and of just having a body. I’m especially interested in menstruating, pregnancy, and sex. Birth can be so profound but also can have an edge of just the sort of terror of having a body. It’s sort of about how nature, and instincts, confront who we are – you know? So, I’m interested in that time in pregnancy, or in birth, where people say they become their animal self 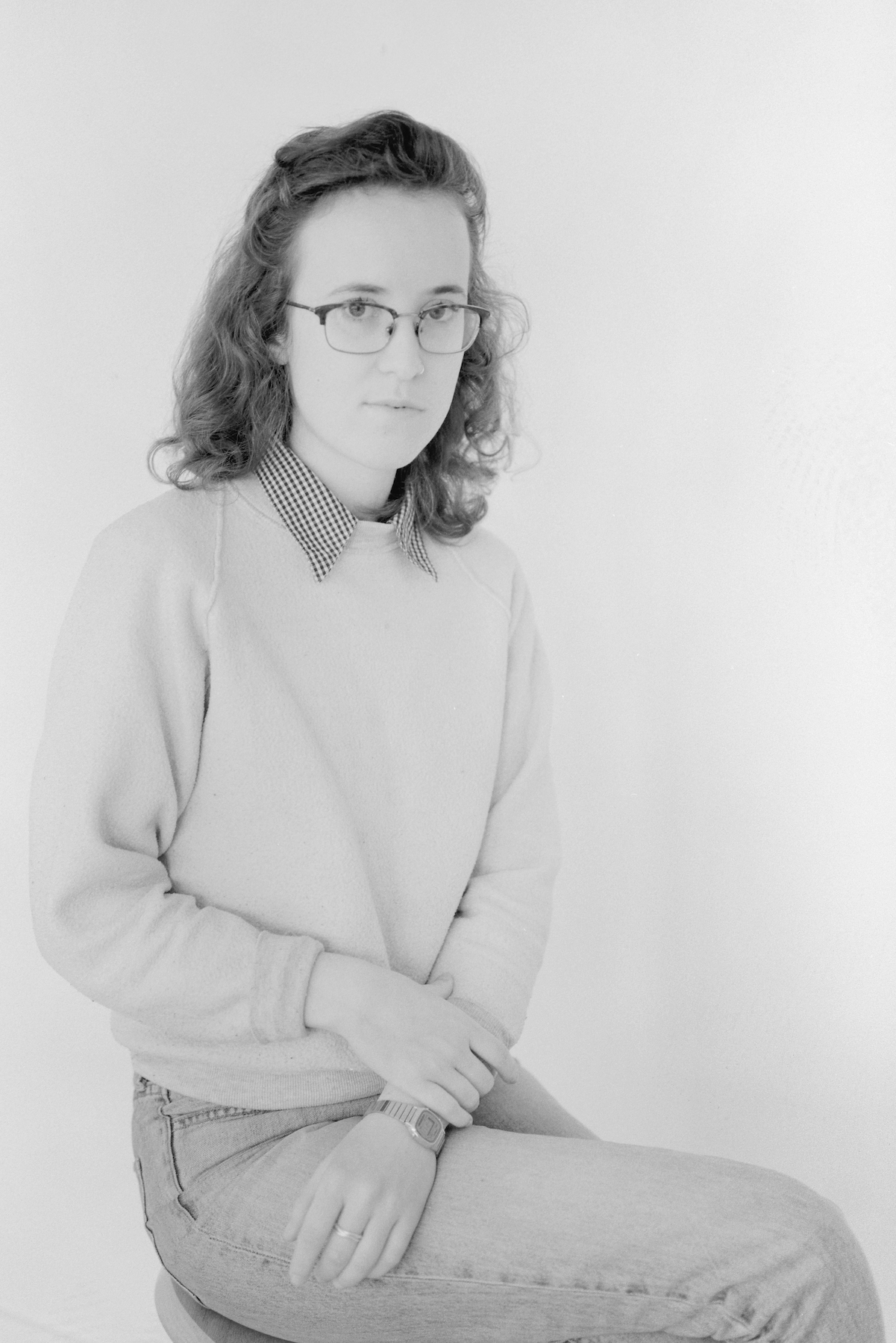 When you reference the cow giving birth in your story, this is exactly how I felt giving birth…

It’s a time when you see how human you are. There are many times where that can happen in life, those times that have an aspect of ‘nature is coming for you’ – it connects to other themes I’m interested in, such as people’s autonomy, parental relationships, mother-daughter relationships…

Childbirth is such a great example for the fragility and strength of the natural world, this conflict between how we define our place in the world as humans, and the reality that we can’t control the chaos of nature. There is this historical fear around the viscera of the female experience, in childbirth, menstruation, hysteria…

I’m reading Ta-Nehisi Coates Between the World and Me and he talks a lot about physical autonomy. He is talking through a racial lens, but these things intersect – we are in many ways talking about the same thing. How oppression can work to dehumanise people. Taking away people’s sense of control over their bodies, and decisions they make in terms of their body, how their body exists in the world, in different rooms, in different scenarios, is a classic tool of oppression. It’s a human struggle that people use against one another. I’m interested in what it looks like to combat these forces.

Ewing’s rare ability shines through her descriptive vision of a romantic, and devastating, rural America. There is a touch of the gothic here, paired with contemporary prose that balance themselves precariously in a space outside of time. Woven seamlessly into her storytelling is the experience of growing up with a single mother, in an isolated corner of the country, and the influence of working first for a small-town newspaper in contrast later to The New York Times. This discovery, of an artist, as she debut’s to the world, leaves us waiting in the wings, anticipating whatever it is that will come from her writing.

I am certain, something exceptional.

You can purchase a copy of “The Harvest” here and stay up-to-date with Ewing’s work through her website and Instagram.