If you’ve been to a park recently, you will have most likely been overtaken by a subject on 8 wheels, a roller skater. Maybe it was a kid, but most probably an adult, revisiting the joys of reckless abandon and the sweet glide of smooth concrete. A feeling probably only equatable to when scissors sail through wrapping paper or sticking your hands in wet, sticky slime.

At least that’s the impression I got when speaking to Marawa: a professional roller skater, 12 Guinness World Records holder, author, performer, and businesswoman. Oh, and an eccentric, should that also be considered a profession. You can expect a show of hers to have someone slashing a watermelon on her stomach, while donned in healed, stoned, platform roller skates and maybe hula hooping at the same time. It’s what she’s always done, starting from circus arts at university to performing internationally.

In this exclusive interview with Teeth Magazine, we spoke to her about why TikTok skating is on the rise, performing through the pandemic, and even got some beginner tips along the way! Now get ready for the summer of skating… 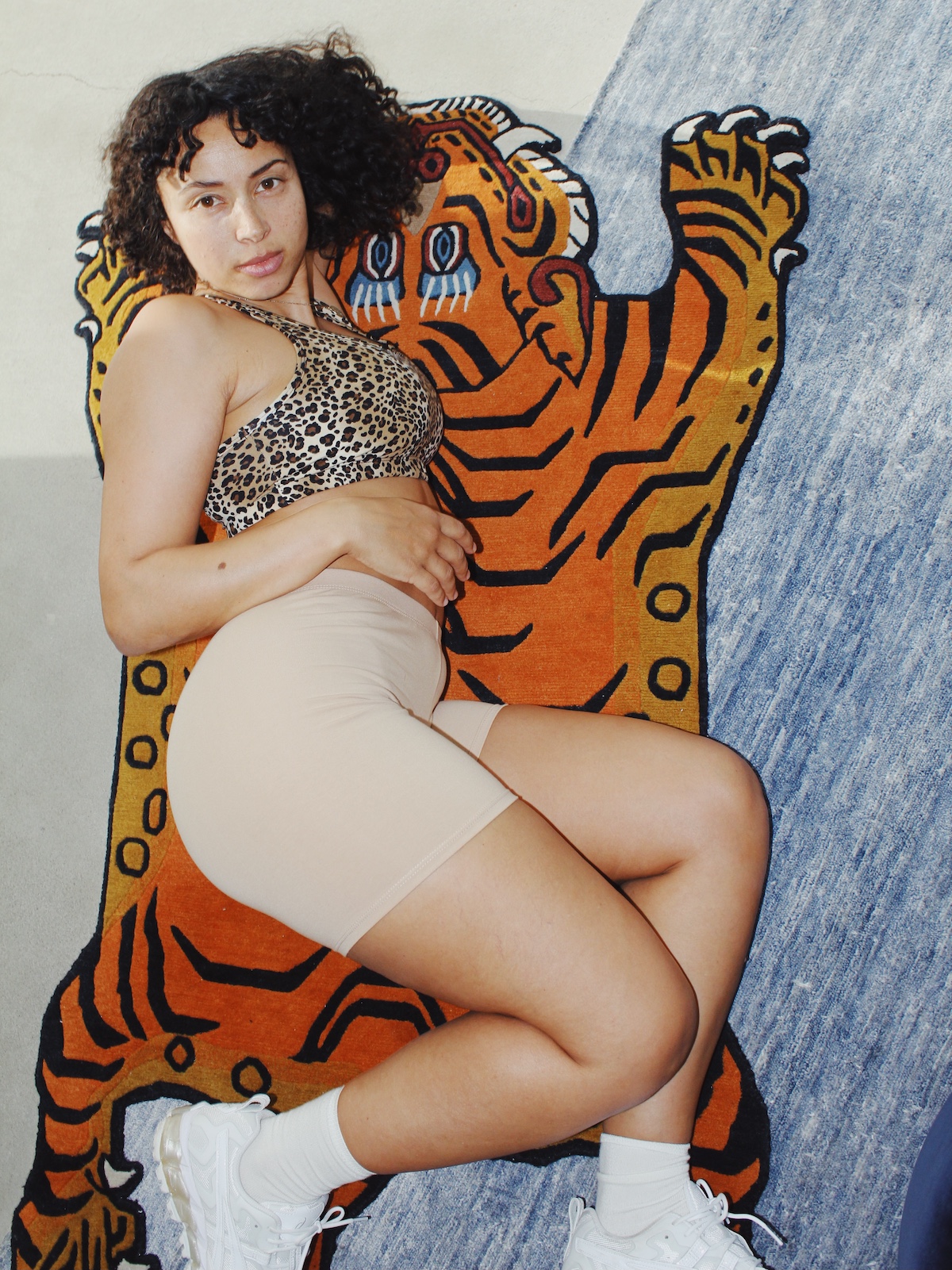 How did you learn to roller skate?

My mum bought a pair of roller skates for 20 bucks. They were these tiny little roller skates that had orange wheels and I learned to skate with that first pair. So did my brothers and sisters, so they had a good life. We all skated throughout our childhood.

It’s such a peculiar time for roller skating to have grown in popularity, what do you think inspired this?

I think it was a perfect storm. Even without the pandemic, we still would have had a big skating summer. There used to be no one skating and then over the last few years, I’d see another skater and it would be some 65-year-old German guy, who was training for skiing, or more younger people, so I started to see that popping up.

I think what’s really interesting about it happening this year, is that it was a perfect storm. Something that was coming, combined with Instagram and content. Especially, with everyone being desperate to have whatever accessory it is for Instagram, whether that be a bikini pic at the beach, or like how in LA, there’s the Paul Smith pink wall. There are all these things based on Instagram-related content.

With the skates, it tapped into the appeal of women in shoes, you have all these accessories with the wheels or the laces, there are so many different ways to customise them. You can even make an outfit and it becomes some kind of a toy for adults, where they get to have this whole creative outlet. I think it’s actually kind of great that it’s happening like this, because so many people that have taken it up, either haven’t skated before or haven’t skated since their friend’s sixth birthday in a roller rink, now they’re getting a lot of time inside to practice calmly on the carpet. They’re not just going out and sailing down a hill at like 100 miles per hour.

I saw a lot of Black women take it up, which layered on top of the pandemic and the Black Lives Matter protests, it seemed like such a significant form of self-expression. Watching them completely free during a time wherein other aspects of their life, they might not be able to be so. Did you find the same experience?

It’s hard to explain, for instance, my husband’s friend has two teenage daughters and they had been going to the beach and she wanted to walk from Santa Monica to Venice Pier, which is a fairly good distance. But while the streets were so wild, her mum was like “No, no way you can go out, you don’t know what’s going to happen out there“. Immediately, all I could think about was, “But not if she’s on skates”.

There’s a thing that happens when you have them on, where you feel like you have a superpower, no one can fuck with you. You can go fast, real fast, faster than a bike. It’s an experience where you don’t even feel like your feet are on the ground, it’s the closest thing to anti-gravity. Your feet are like liquid. So I think that’s it, there’s real freedom. 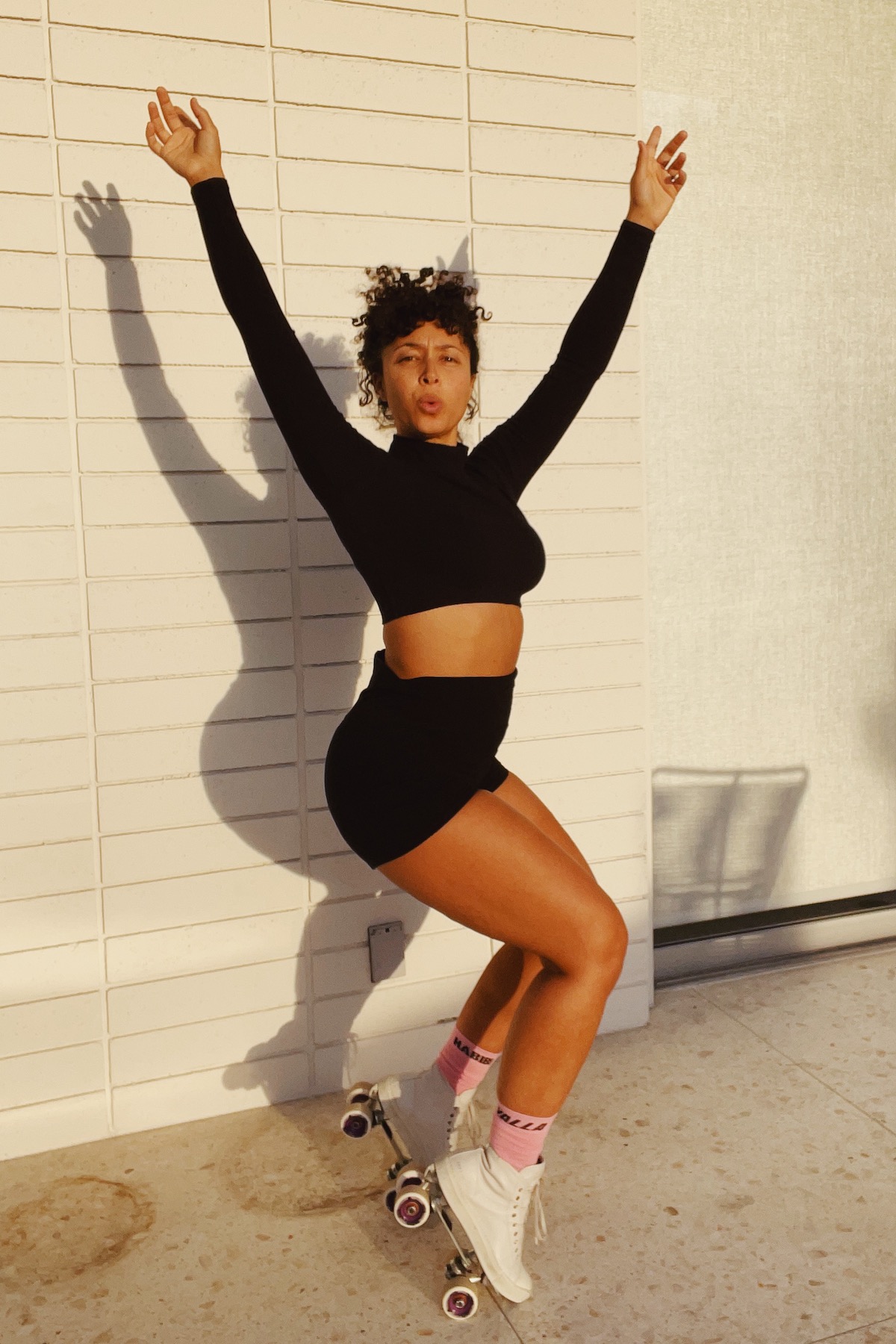 I need to try it. I used to do rollerblading, but obviously, that’s not as hot at the minute.

Don’t think, it’s just skating! Skating has become the mainstream thing, but blading is like the hot new shit, that’s the real level up.

Is it harder to blade?

They’re very different, but if you can do one, you can do both. They serve different purposes, when I skate at the beach, I’m always on blades, because it’s much smoother, and you’re much faster. Skates are way more run for the rink or for tricks and spins.

Your performances have such a spectacle aspect. Part of the spectacle seems to be how you dress. Does fashion play a part in what you do?

Has the pandemic changed the relationship you have with your art?

Well there are no shows, so it’s very hard if you’re a full-time performer, thankfully I have my shop and some other side projects, but not many people are really coping with this new life. I think it’s really forcing people to sit back and think, ‘What do I want to do?’, ‘What’s the point of this?’. Basically, ‘Why?’. Why am I chasing X festival, or chasing riches and doing this or that? And because of that, I think people are starting to make much better work and much more interesting work because they’ve got time, they don’t have FOMO, they’re focused and getting on with it.

Have you considered taking things virtual?

I have this group called Quality Novelty and it has really bizzaro novelty acts, like someone that juggles popcorn pieces in their mouth, someone that can spin 100 hula hoops and someone that can skate and crack a whip at the same time. I had it for years as a video thing but eventually was like you know what, I’m making this into a live show. But now that’s on hold, I’d quite like to do it virtually! 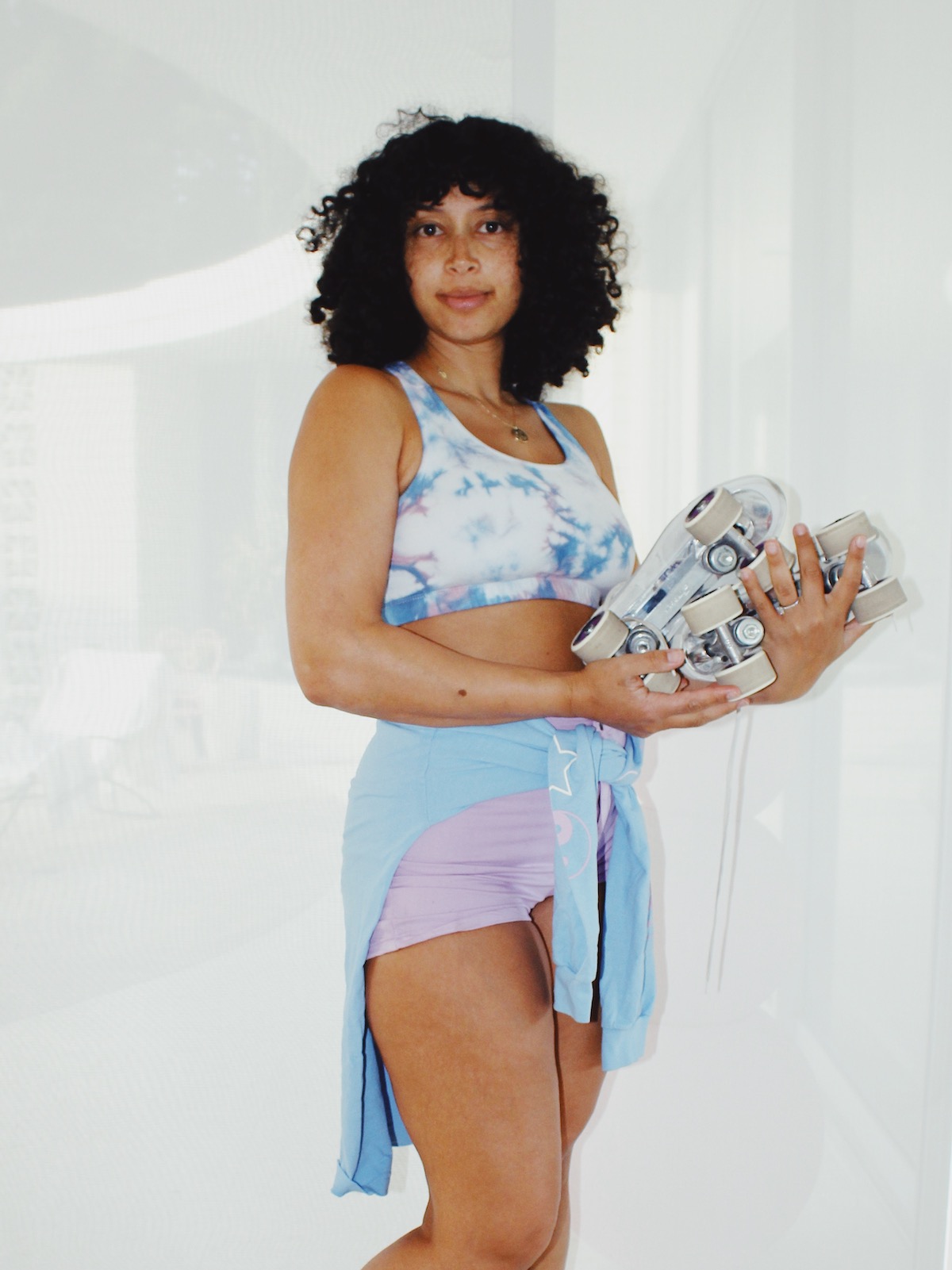 Tie-Dye Bra is available for purchase through the Paradise webshop.

Any other projects in the works at the moment?

I’ve always got my fingers in different pies. But my shop, Paradise, has recently gotten really busy, so I’ve been working on that a lot this year. Selling the skates, the outfits, the hats and socks that don’t give you blisters.

Do you design it yourself?

Yeah because it’s essentially all the stuff that I love wearing. I always make life a little difficult for myself, because I’m sure we could sell a million t-shirts with some kind of caption and make a million dollars. Everything’s made locally in LA and it’s all 100% recycled fabrics. We’re not trying to keep up with the trends. That’s a real issue I have with activewear, like why is there a seam up the middle of the butt? Why do you look like you have a G string on? And nowadays, everything is designed to suck you in and it’s just not comfortable.

I want cotton lycra, I want to breathe, because I’m sweaty because I’m running around skating, jumping upside down or whatever and I don’t want it to constrict me. I want it to cover me, but not turn me into some weird avatar body.

So there’s an ethos behind what you’re creating.

Totally. I think that’s why people appreciate it. I think a lot of skaters are not interested in having every guy at the skate park sneering at their weird separated butt cheeks.

Before you go, do you have any words of advice for a beginner skater?

Take a deep breath, relax, don’t rush. The two main things I would say is bend your knees, you’ve got to bend your knees at all times. As soon as you straighten your legs, all the weight goes to the back wheels, and that’s when you slip up. The second is, don’t do your laces up too tight, because then your toes will go numb. Oh! Also, watch all the tutorials. We have a whole series for beginners on the ‘Paradise’ IGTV. Just watch and learn.