For her humble 20 years, actress Harley Quinn Smith not only impresses with her mature tone of voice but also inspires with her fresh take on life. Humble and gracious, she was raised by insanely talented parents. Her dad is none other than the iconic American filmmaker and comedian Kevin Smith [rememberer the hilarious Jay and Silent Bob?] and her mom is an ex [USA Today] reporter, and now actress and podcaster Jennifer Schwalbach Smith.

Given her background, Harley’s chosen path of acting and performing is hardly a surprise. Her impressive portfolio includes films Clerks II, Tusk, and Yoga Hosers, and you can easily recognise her from her latest part in Quentin Tarantino’s epic Once Upon A Time In Hollywood.

Acting aside, her band The Tenth is what “saved her life”, and in this interview, Smith talks about how empathy influences her songwriting, working with her dad, and her directing aspirations. 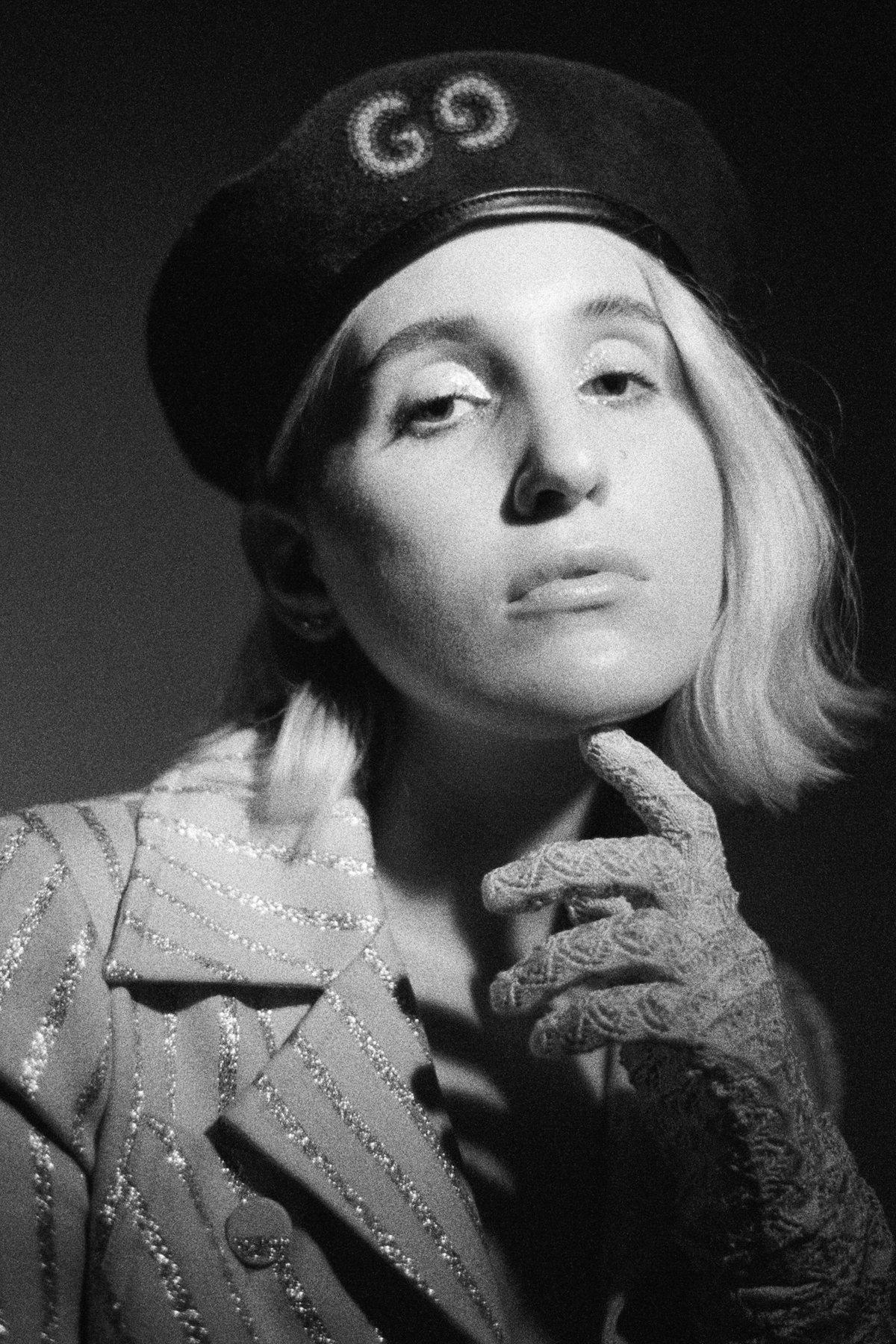 What have you been up to lately? Your latest personal project?

I just finished a film called Student Body – a feminist thriller that’s really visually beautiful and raw. I spent a month in Georgia shooting it this summer. Besides that, I directed my first project, which just came out! It’s a music video for my band’s song called “I’ll Go When It’s My Time”. We shot it at the Hollywood Forever Cemetery, which is one of my favourite places in the world weirdly. Whenever I tell people that, they always get creeped out, but it’s really one of the most peaceful places I’ve ever been to. It has also inspired so many of our band’s songs, so to be able to film there felt like I got to give something back to the space since it’s given so much to me.

You had a part in Tarantino’s Once Upon a Time in Hollywood? How was filming with him? What’s your best memory from the set?

Working on the film was one of the greatest joys and absolute honours of my life. I’m still so grateful for it every day. It was such a gift for so many reasons, the biggest being that I was able to watch Quentin work in his element. I felt like I was a student again and I was learning from the ultimate master. I learned so much from observing him and, after that experience, I felt very inspired to get to making my own projects.

I have so many favourite memories from set, but one of the funniest to me happened on the last shooting day at Spahn Ranch. My friend Dallas and I were just absolutely heartbroken to be finished filming there, and at one point we lied down in the dirt and just sobbed. The crew was setting up for another shot and we were just in the middle of the ranch crying. Everyone could see, and our friends came up to us afterwards and were like, “You good?”, but we were total crying messes. I’ll never forget that. 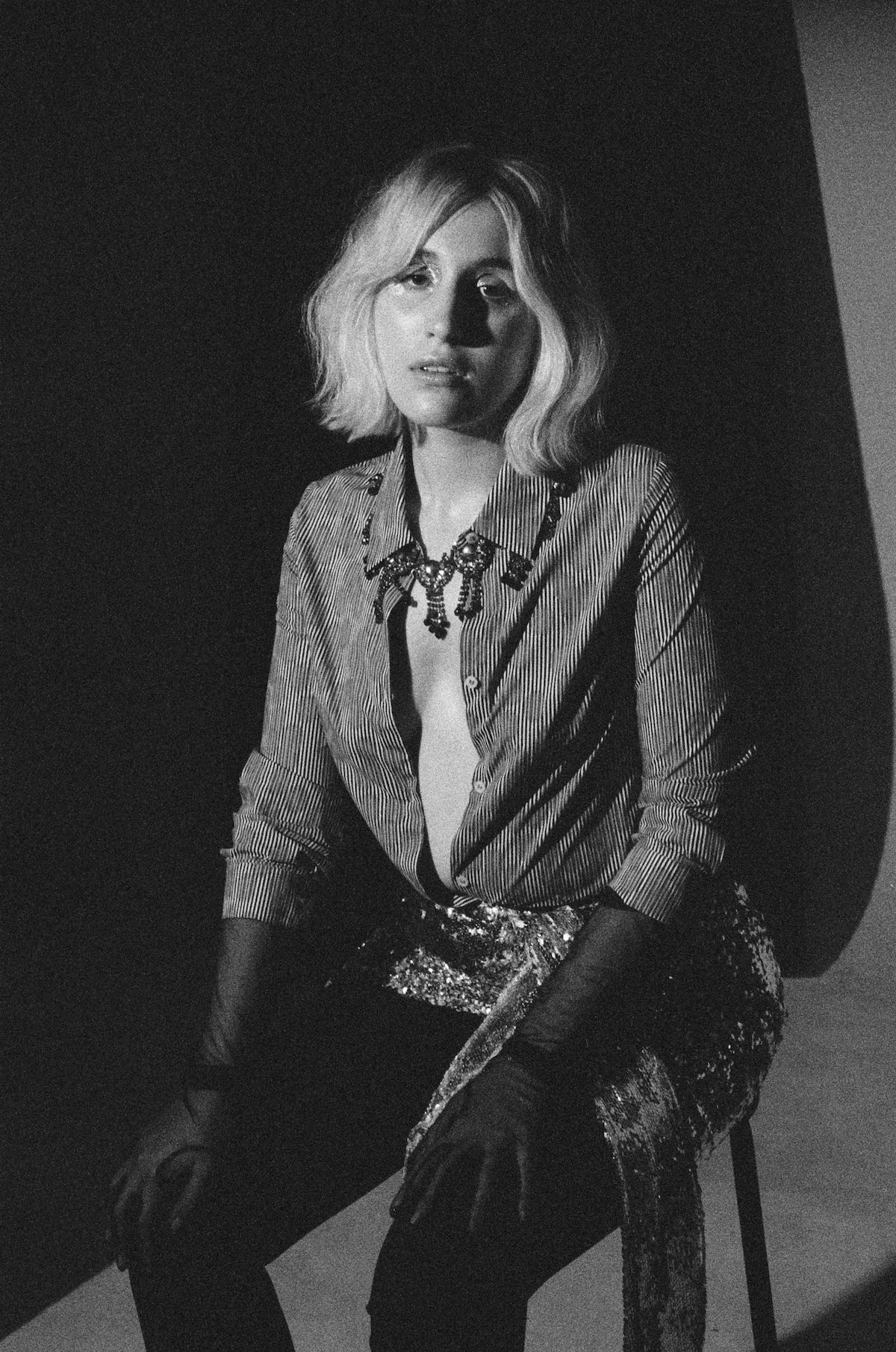 How do you prepare for a role? Do you have a process?

For me, it’s really important that I separate myself completely from the character I’m playing. My acting coach, Deb Aquila, taught me the importance of backstory and knowing your character inside and out. To do my best work, I need to create someone fully from scratch. It’s also important for me emotionally to be able to step away from a character. I get so invested in it sometimes, that it begins to affect my personal life, so in order to do the best and healthiest job, I need to create a whole different world for my characters.

You come from a very creative background – how was it growing up in such an environment?

Both of my parents have always been so supportive of me having as many creative outlets as possible. My mom and my dad are both writers, so it all kind of started with me writing as well. I used to love iCarly when I was a kid, and I remember my dad always telling me that I should try to write my own episode to pitch. They always made me feel like anything was possible and they still make me feel that way, which I’m so grateful for. 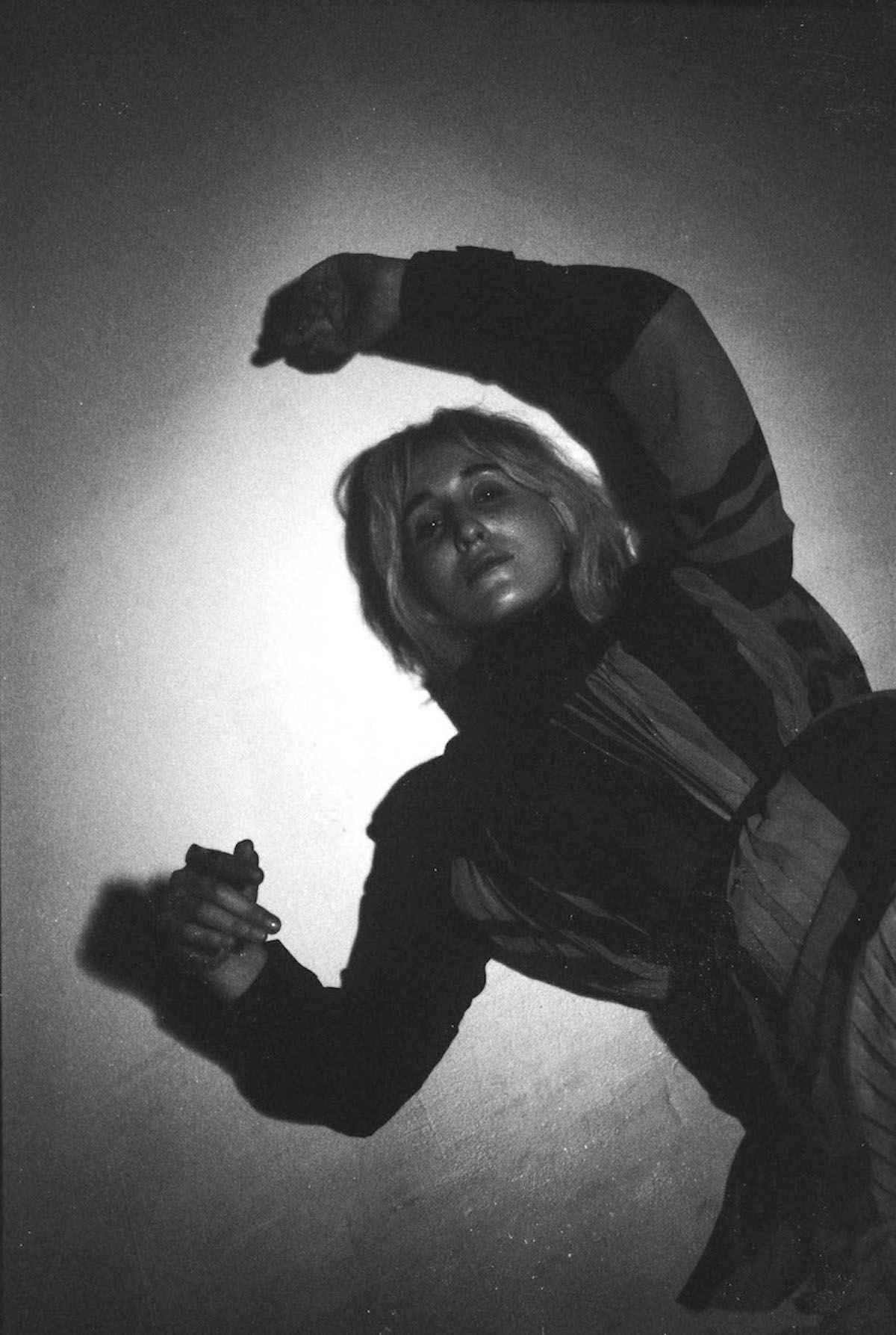 I have to say your name is awesome! How much does it overlap with your personality?

Thank you! Oh man, I hope it doesn’t overlap [laughs]. No, but for real, being named Harley Quinn really set a path for me towards being a nerd, which I’m very thankful for. You can’t really be named after a comic book character and not be a nerd, that’d just be weird. Nerd culture is such a huge part of my life now, I love it with all my heart. I do also see parts of myself in Harley Quinn. My favourite thing about her is that she turned into a villain because of her love for Joker, so essentially she was driven mad by love. I think love drives a lot of my actions as well. I’m not saying I’m going crazy any time soon, but I, for sure, get where she’s coming from.

Let’s talk about your band. What part does music play in your life and how does it relate to acting for you?

My band saved my life. I genuinely don’t know how I functioned without it. Music was such a big part of my life when I was in middle school, and then for the entirety of high school, I just forgot about it. It was like this huge part of my heart was missing. It was such a vital creative outlet for me that I didn’t utilise for four whole years. Picking it back up filled my heart and life with so much happiness again. It also totally correlates with my acting. I really think the two go hand-in-hand and influence each other a lot. Acting allows me to have a greater understanding of people because you have to become someone completely different from yourself. That level of empathy allows me to be a better songwriter because a lot of the time I don’t write songs about myself, I’m usually writing about someone else, and that requires compassion and empathy. 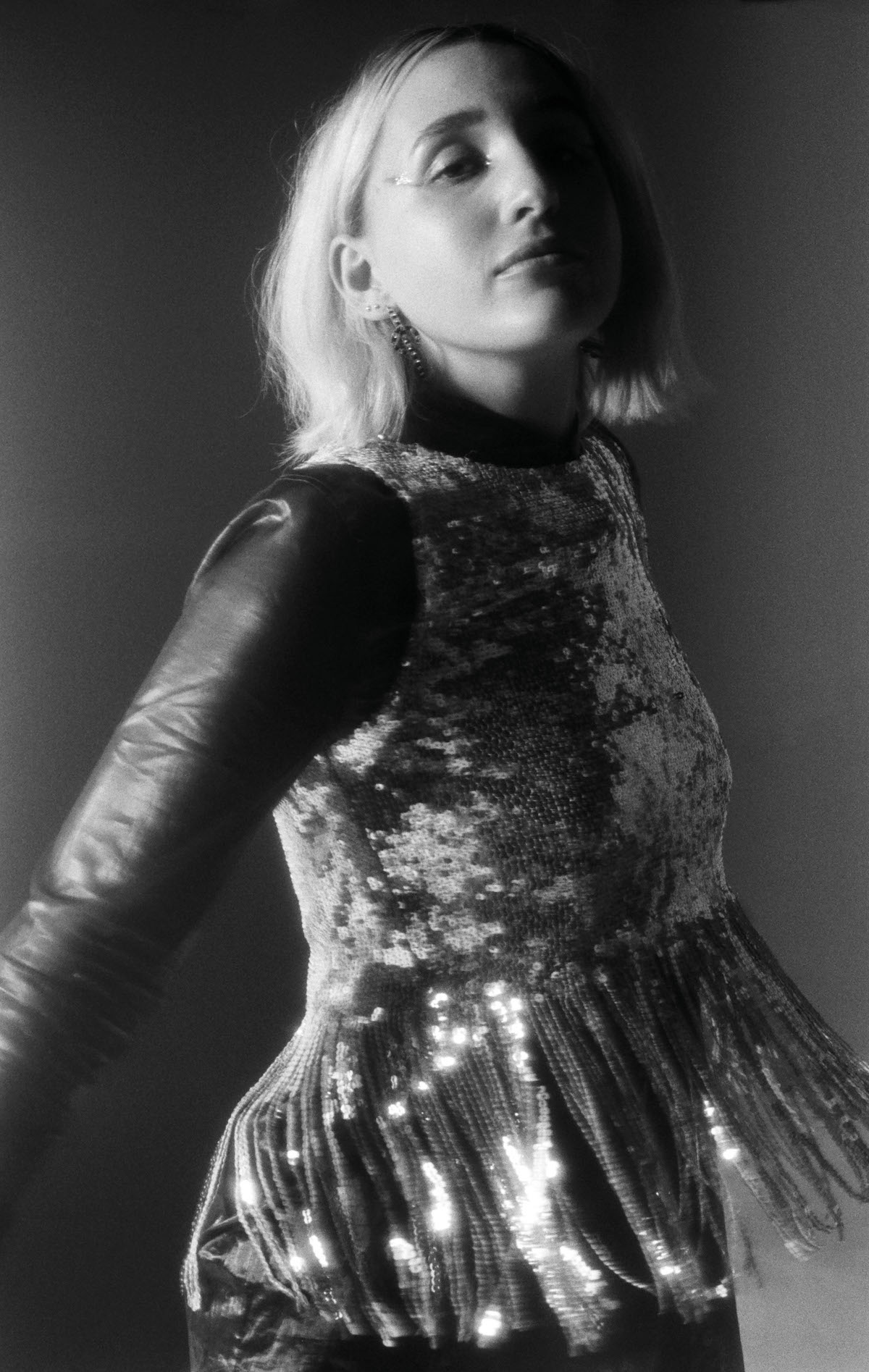 Tell us a little bit more about working with your dad?

Working with my dad is such a special part of our relationship. It’s so insanely lucky that we get to do what we love together and that we share the same interests. I know we’ll be working together for the rest of our lives.

What’s next for you?

My band is currently working on our next album, which I’m beyond stoked about. It’s another concept album like our first EP called Boys We Don’t Know. Other than that I’m writing a ton, and have the goal of directing my first feature in the near future. Also, Jay and Silent Bob reboot comes out in October, which is super exciting!

It is, indeed, and we can’t wait to see it hit the theatres this fall. Focusing on writing and her own filmmaking, Harley Quinn is a true household name in the making.