On the rough edge of publishing: An interview with Aimée Ballinger of Burning House Books 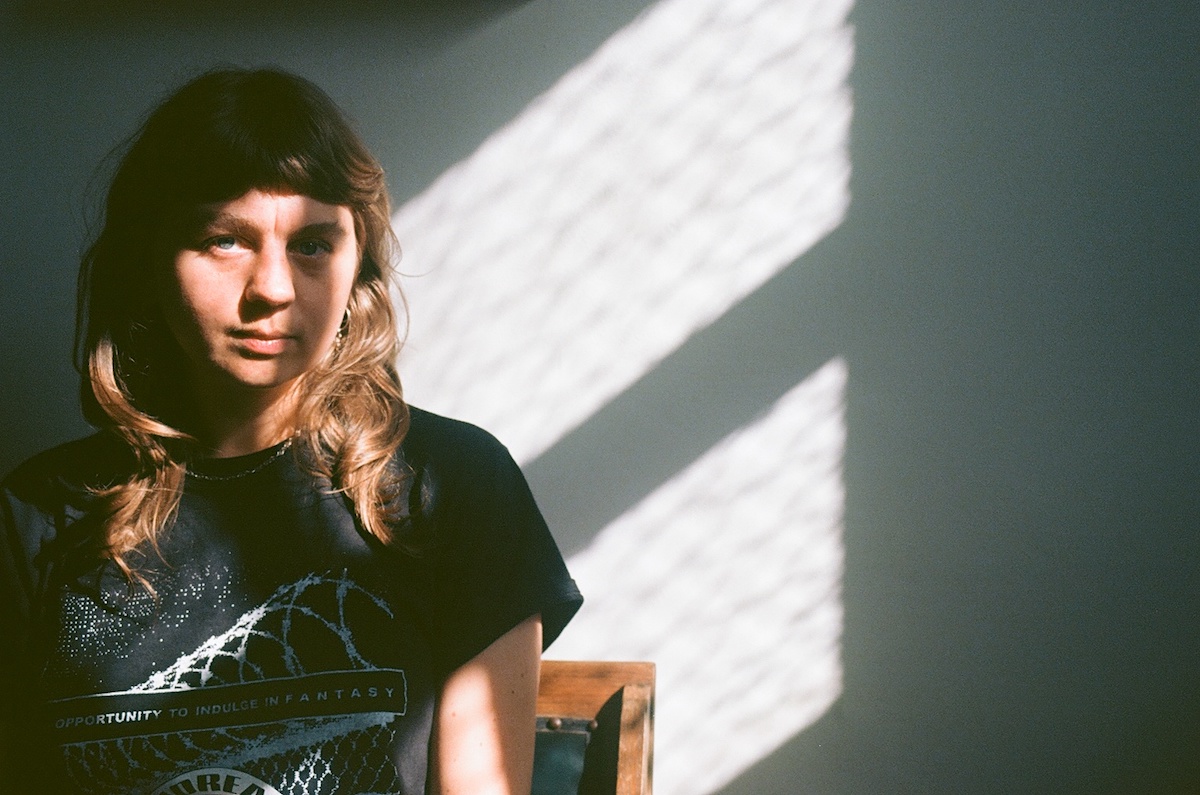 Opening its doors in the midst of a pandemic is nothing short of impressive. However, cultivating a thoughtful selection of fringe stories, books on art, photography, counter-culture, self-published and radical theory, is even more so. Running since 2016, Burning House Books is the child of Aimée Ballinger’s own personal bookshelf. Having previously travelled as a pop-up store across Europe, Burning House Books has finally set its feet into the grounds of Glasgow.

Talking to Aimée, Teeth finds out about what brought Burning House Books to life and to Glasgow, while getting to know about the unique collection currently in-stock. 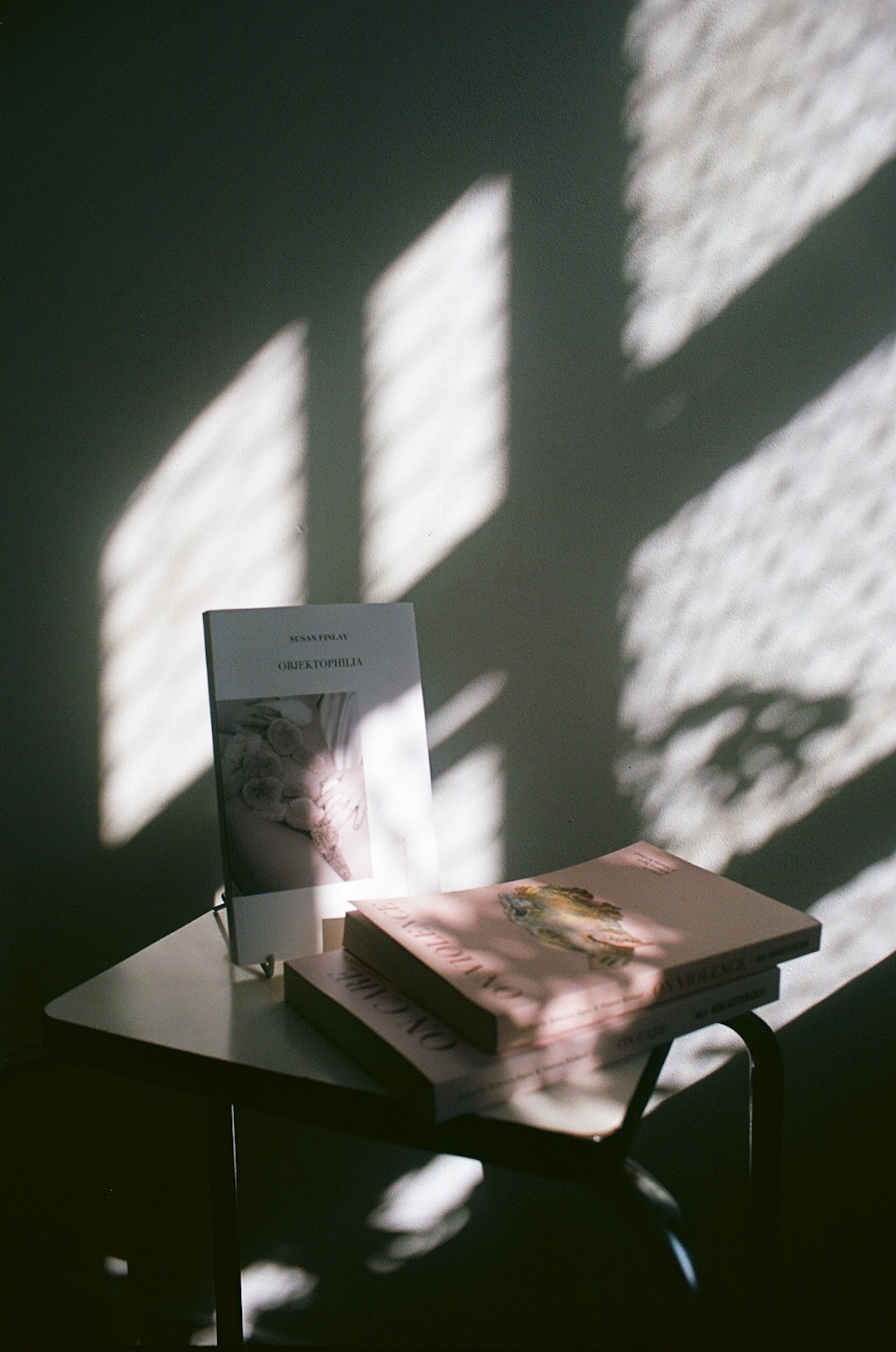 How do you go about finding such unique titles, and what’s the reasoning behind which books make it into your curated selection?

I’m going to go way back, as the story of this book shop is so winding. In my third year at university, I had this tutor who was from New York and she had studied there during the AIDS crisis in the late ’80s and early ’90s. She made us this reader for a module, which had the likes of David Wojnarowicz, Karen Finlay, and all these incredible writers in it, who I’d just never heard of before. So, when I encountered these texts, it was the first time I realised you could actually learn from reading books. It was then that I decided I wanted to work in small publishing, I wanted to be on that rough edge of publishing.

The name “Burning House Books” comes from the artist David Wojnarowicz, as he has this painting and motif which is a stencil of a burning house. So the name Burning House is in reference to that. When I first started Burning House Books, I used to stock it with my bookshelf basically. I used David Wojnarowicz’s book Close to the Knives as though it was music liner notes and followed the influences. So every artist, every dedication mentioned in the book, I had read and stocked and it just expanded from there. I used to read everything that was in my shop as a point of pride, but that’s a bit difficult now.

Now that you have your own space, what do you envision for the future of Burning House Books? Do you have plans to engage with the wider art scene of the city?

Yeah, I’ve always run events alongside Burning House Books, which has been such a trip because you just have to find somewhere to do it. Because I’ve done it alone, it’s very personal to me. Last year, I did this event with Reba Maybury, who goes by Mistress Rebecca and launched her latest zine at my friend’s shop, Good Press, which is in Glasgow too.

I’m a bit less on the zine-making thing now. I want to do more readings. When I lived in Falmouth, I ran a book club for three years, which I would love to start up again as part of Burning House Books. It was called “Banned Book Club“, where we just read books that had been banned at some point in their life. Which is brilliant because almost everything has been banned in America! So you are actually left with a really diverse range of books.

I also used to run a confessional storytelling night. I’m really into salon-style events which is like a blend of performance and workshopping. I always read at my own events, because it’s my favourite way to try out bits of writing, and I’m keen on getting people up to do launches.

I have a chair in the shop and my absolute favourite thing so far is when people come in and just sit down and get everything out. I really like that. I know from being English, that walking into a bookshop can be the most awkward thing in the world, especially when it’s quiet and at the moment I can only have two people in my shop at a time. I know how intimidating some of the material I am selling can be for some people, not for everyone, but to some it’s unfamiliar, so I try and busy myself when people come into the shop. I really want it to feel like you can just come in, touch everything and talk to me about whatever. I’m not trying to intimidate anyone with my knowledge, I just want to share it. 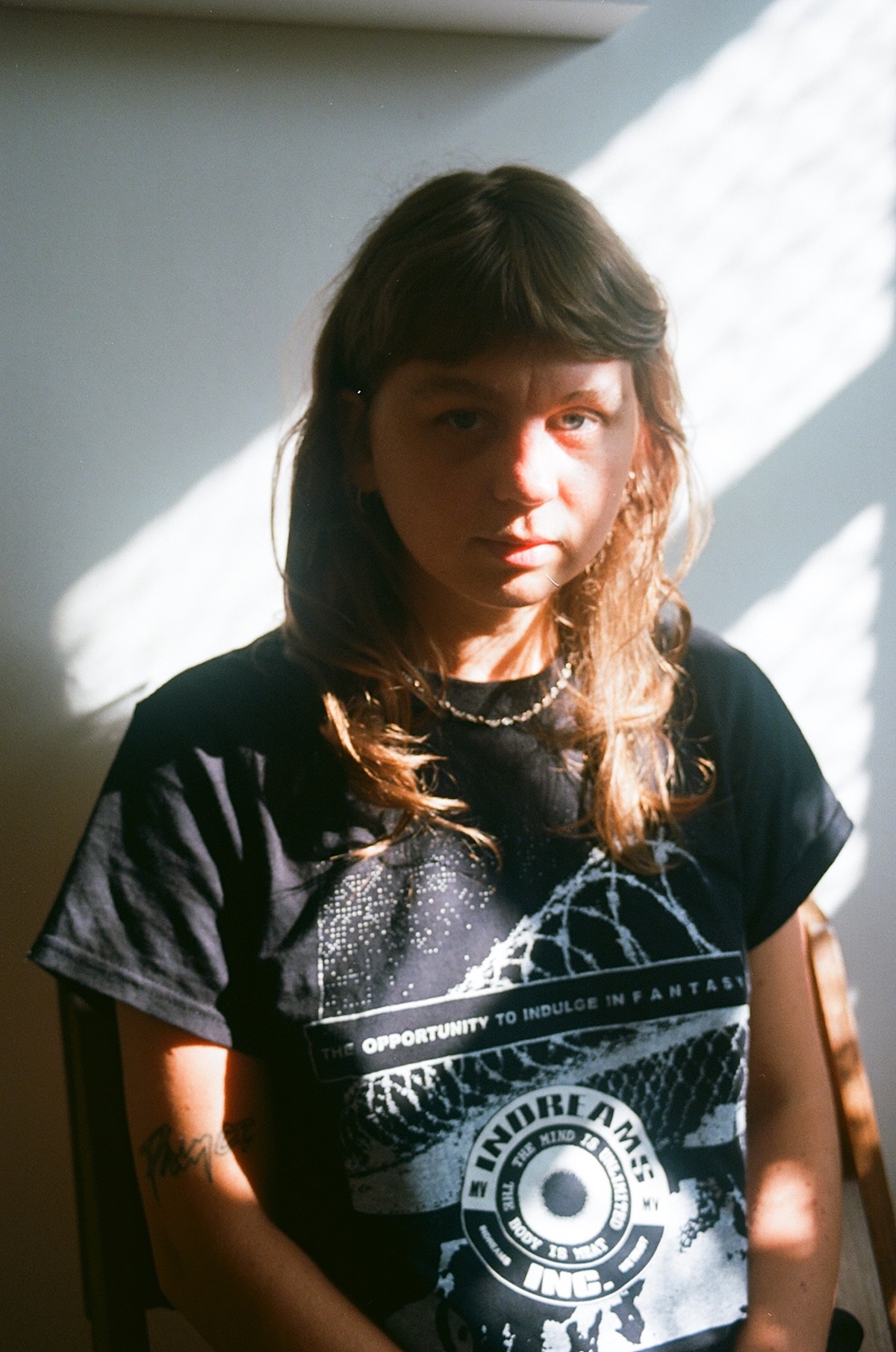 Now it’s like you are the tutor you once had but to other people.

Yeah! It’s funny because I did some work on her course after I’d graduated and it was amazing to do some teaching with the tutor who kind of started it all. I loved it and I’d like to do more of that. Before the lockdown happened, I actually got invited to give a talk at Glasgow University about the shop. Because I write a monthly newsletter with no news in it, it’s a self-indulgent essay about myself and the book I’m reading or the latest exhibition I’ve been to. The project is so personal, and I’ve done so many jobs now, the objective is not about how I’m going to make my money, it’s just an extension of me. Burning House Books has given me a platform for my writing, I’ve been able to publish some stuff with it, I have this whole audience for the newsletter, it all feeds into it.

What would you say is the most fascinating title you have available?

Something that I have at the moment that people are really into is “Walking Through Clear Water in a Pool Painted Black“, which is the only collection of short stories of Cookie Mueller that is still in print. It’s been really interesting to watch the smaller artists like Cookie Mueller, who also died of AIDS, grow in popularity. I think that reading her, especially that collection, is a really good way of easing yourself into topics like the AIDS crisis, the effect that had on art and culture and in turn, the effect that had on the progression of medicine, because there’s a link there. This collection is a really good introduction to that, she’s obliquely writing about it because she’s writing about her life, which I love. Also, the writing is hilarious.

It’s kind of what I’m looking for when I’m searching for new stock because I don’t want to be caught up in this idea that ‘the best days are behind us’, there’s no way that that’s true, that’s not how culture progresses. So, Cookie Mueller is not a trained writer, but she’s an incredible writer. The stories probably could have done with maybe a tighter edit in some places, but I prefer it without. So, when I’m looking for writing I’m not necessarily looking for something that’s beautifully crafted, in fact, I’m kind of less interested in that, I really like things that are a bit more raw. 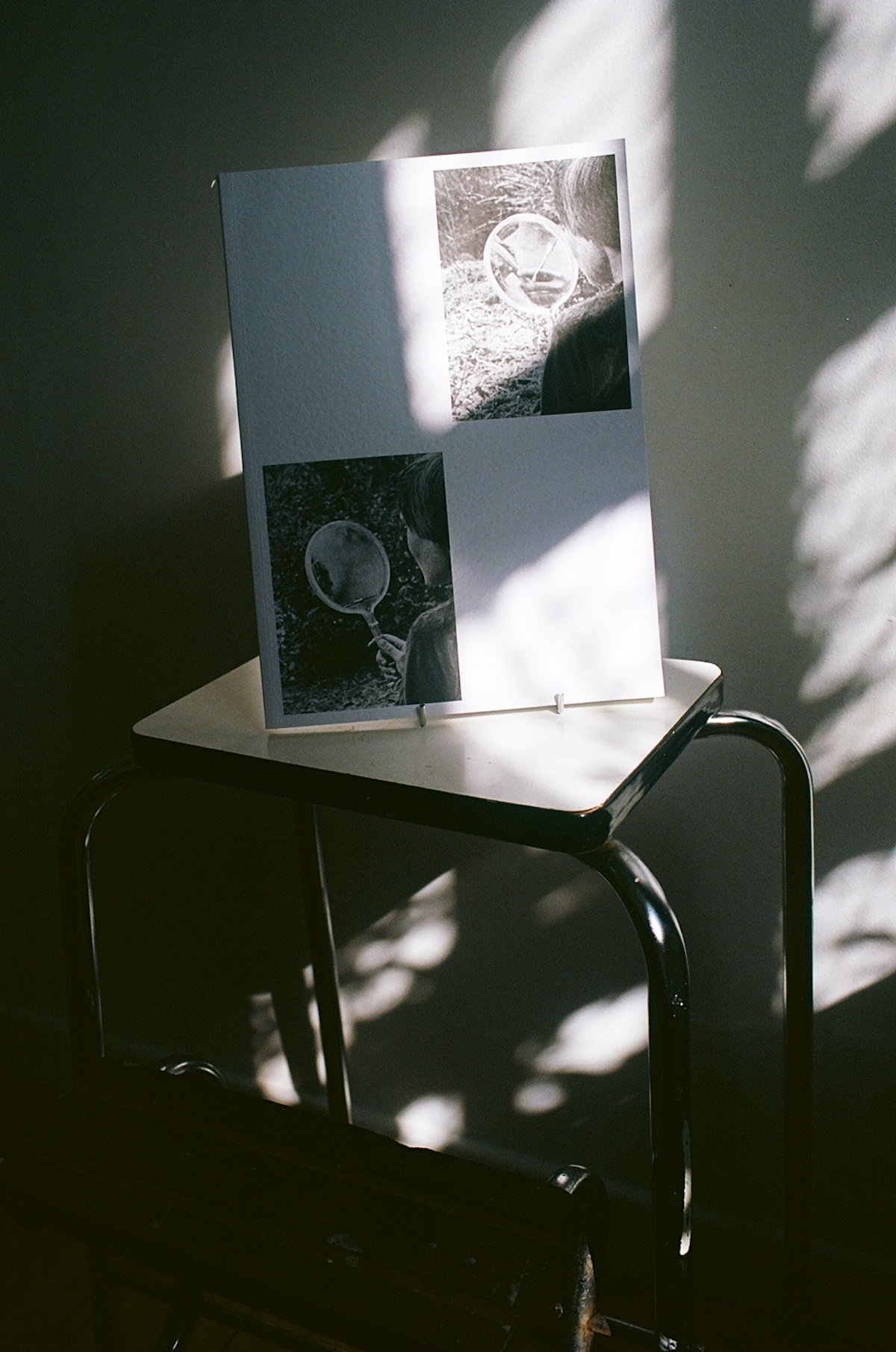 What are you reading at the moment?

Oh, it’s amazing, let me just grab it for you… I only discovered Sarah Schulman a year and a half ago, which is insane because she was an AIDS activist and a lesbian, she’s everything that is in my Venn diagram of interests. Which is another amazing thing, there’s so much out there that exists, and one day it’ll just come to you. This is her most famous novel, it’s called People in Trouble and it’s so good. It’s a novel about a married woman having an affair with a younger lesbian woman, set in New York in the ’80s and it’s about their intertwining lives, bringing in aspects of gentrification.

She’s an example of the kind of writer that I really love. Someone that has their subject and they just keep going over and over it. I know that some people hate that, but I love when people just tear something apart and make it their subject. Which is kind of what I’m doing with Burning House Books, it’s all sort of centred around this theme, and I’m just tearing into it.