To The Girls: An Interview with Singer-Songwriter Molly Burch 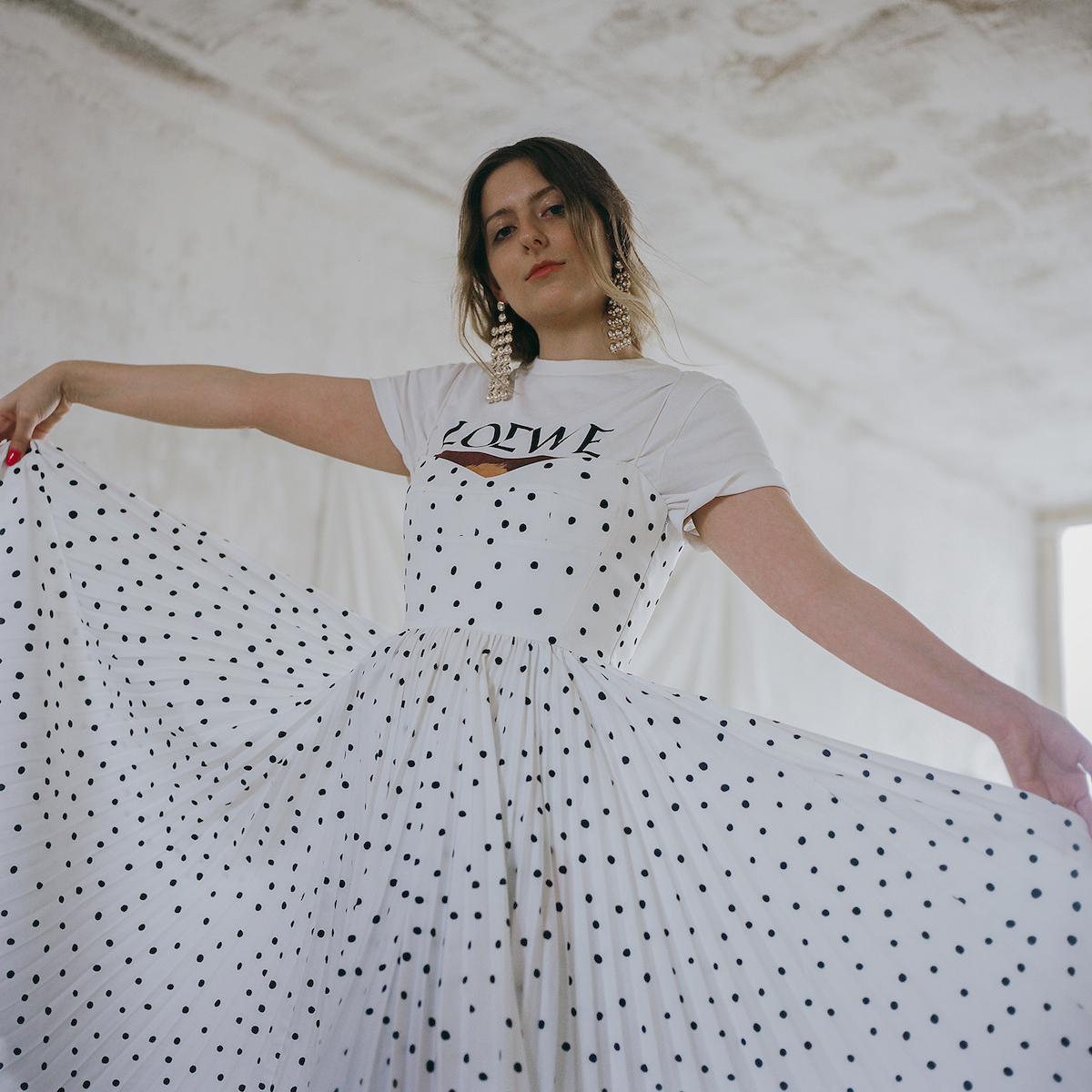 Molly Burch may have grown up surrounded by a world of movies and film actors, but her story is the polar opposite of a childhood diva. Burch’s nascent experiences in the starry world of LA appeared through her lens of shyness. She harboured dreams of exploring her innate talent, which belonged to the world of music, but had to convince herself she could actually be as good as she wanted to be before sharing her incredible voice and songs outside of her bedroom.

Listening to Austin-based singer-songwriter Molly Burch, you feel like you could be in a Texas bar in the 1950s, or a retro-lounge in the last couple decades. On her debut, released back in 2017 Please Be Mine, Burch focused on the tribulations of romantic love. The songs were polished and luxurious, buoyed by jazzy instrumentals and her characteristically smoky vocals.

On her second album, First Flower the Austin singer-songwriter strengthens her voice and broadens her perspective, turning her gaze from romance to a more nuanced view of her own anxieties. There’s no more pleading with anyone, as she clearly sings on album highlight “To the Boys”: “I don’t need to scream to get my point across/I don’t need to yell to know that I’m the boss.” First Flower is an album about trying to overcome insecurities (and sometimes succeeding at it), the ongoing battle for self-acceptance and learning how to be assertive.

In this exclusive interview for Teeth, Molly tells us how to she’s learned to fight overwhelming anxiety, explores music inspirations, and plans for the future. 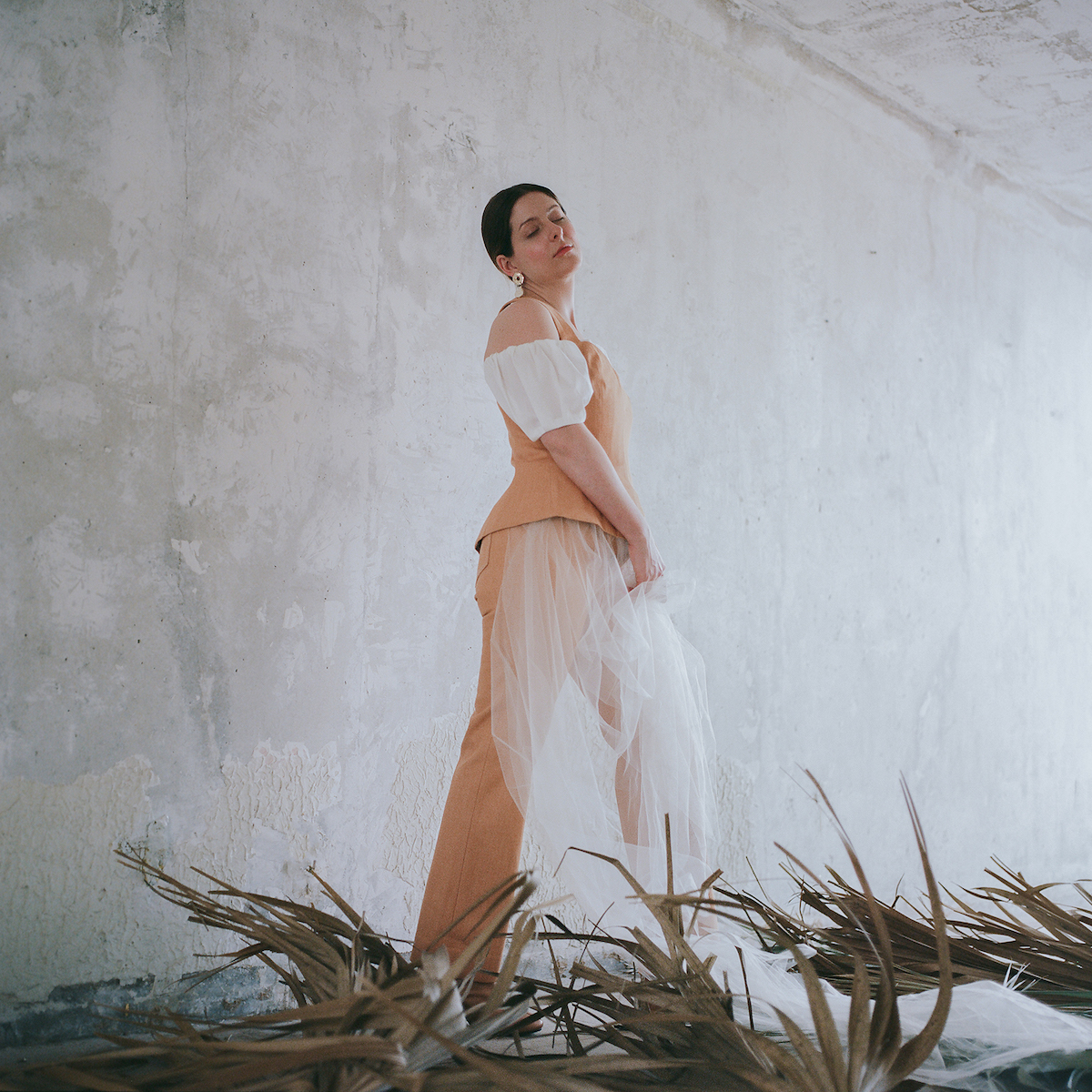 Molly Burch: My parents used to sing me to sleep with the theme song of “I Love Lucy”, but they changed Lucy to Molly.

I’ve always found real-life experiences to be the most inspirational for songwriting. When I’m feeling lost or stuck, I’ll go see a movie or see a show, and that will always inspire me to work.

Can you please talk me through the recording process?

I’ve recorded two full-length albums, and the process was pretty similar for both sessions. For Please Be Mine, my debut album, my band at the time and I recorded all of the songs live in one day and spent another day tracking overdubs. That was a very fast process because I was self-funding my album. For First Flower, we took more time, but it was still pretty quick. I will likely experiment with other ways in the future, but I do like to carve out a chunk of time where all I think about is the album and recording.

“To The Boys” because it feels amazing to see girls and women sing that song back to me when we play live.

Do you think like growing up in Los Angeles influenced you as a person as well as your music?

I’m sure it has in many ways, but I feel my most formative years were spent in Asheville, NC, where I went to college and Austin, TX, where I’ve lived since I graduated college. Growing up around a lot of successful adults in creative jobs shaped my world and made me feel like following an artistic life was attainable. I think I’ll move back one day, but I have no idea when. I’m currently sitting under my screened in porch, and there’s a huge Texas rain storm going on – nothing cosier than this! 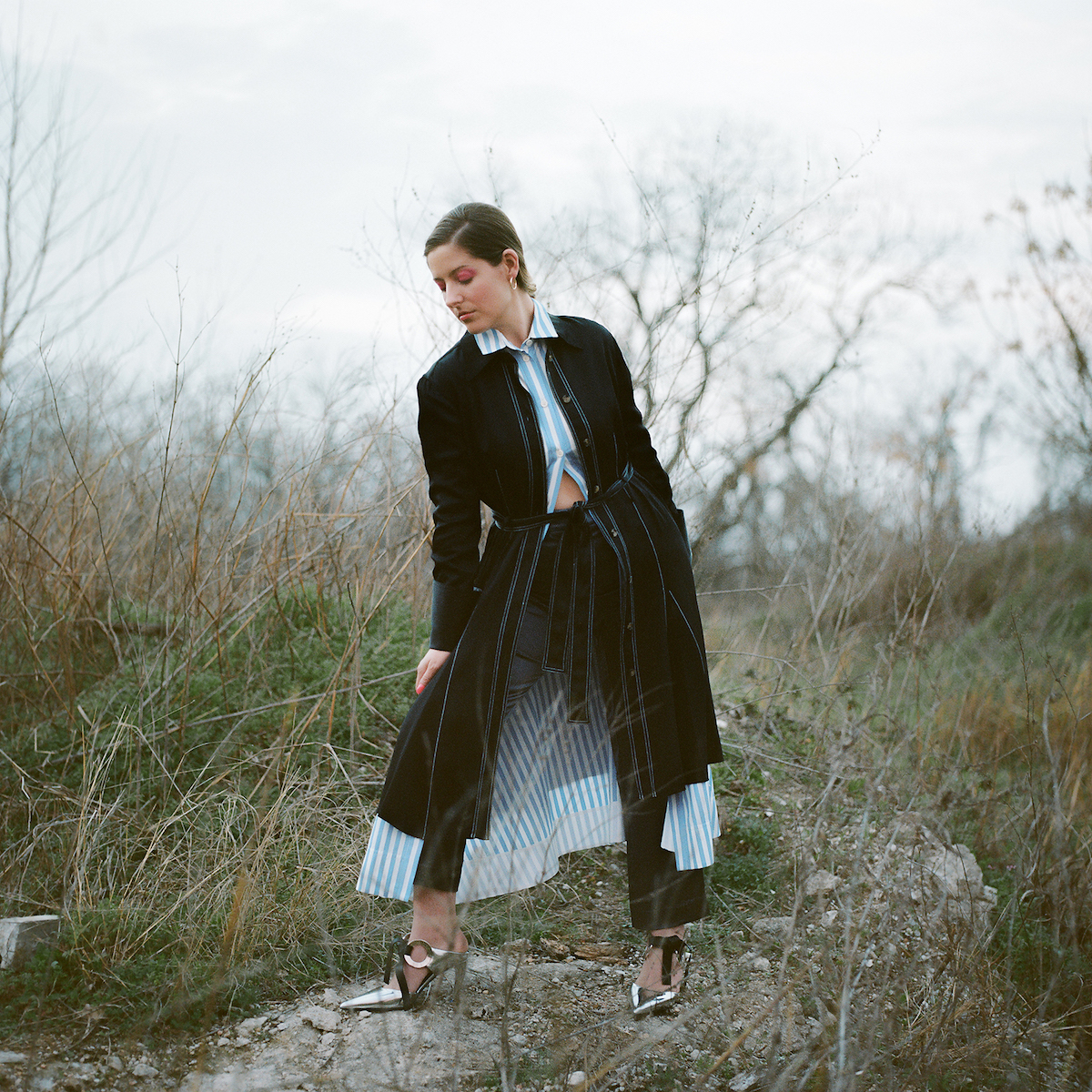 Captured Tracks signed you really quickly, right? What was that process like for you?

It was an insane and very exciting time. I had sent cold demo submissions to a bunch of labels and never heard back from any of them, which is what I was prepared for. And then I wrote Captured Tracks, and I’m pretty sure it was the next morning I got an e-mail from Mike Sniper, the head of the label, offering me a record deal. I was hostessing at a restaurant at the time and just felt like it was too good to be true. Pretty wild and life-changing.

What did you want to be when you were little?

I do remember wanting to be a singer, but I also remember saying I wanted to be a maid!

Who would your dream collaboration be?

Can you talk about the process of writing and creating “To the Boys”?

I wanted to write a song that had a powerful message for women. I think I also needed to write it for myself. I wrote about a couple of attributes of mine that people have told me are flaws – one being that I am a really soft-spoken person. In the song, I own these parts of me because it’s who I am and I was tired of that negative storyline. After releasing my first album, I grew so much as a person and realised that I was a leader and that can look like whatever I want it to. I can be a boss and also have a soft speaking voice. The song itself has a really positive feel to it. I love performing it on tour so much, especially since I have a band of guys singing back up for me. 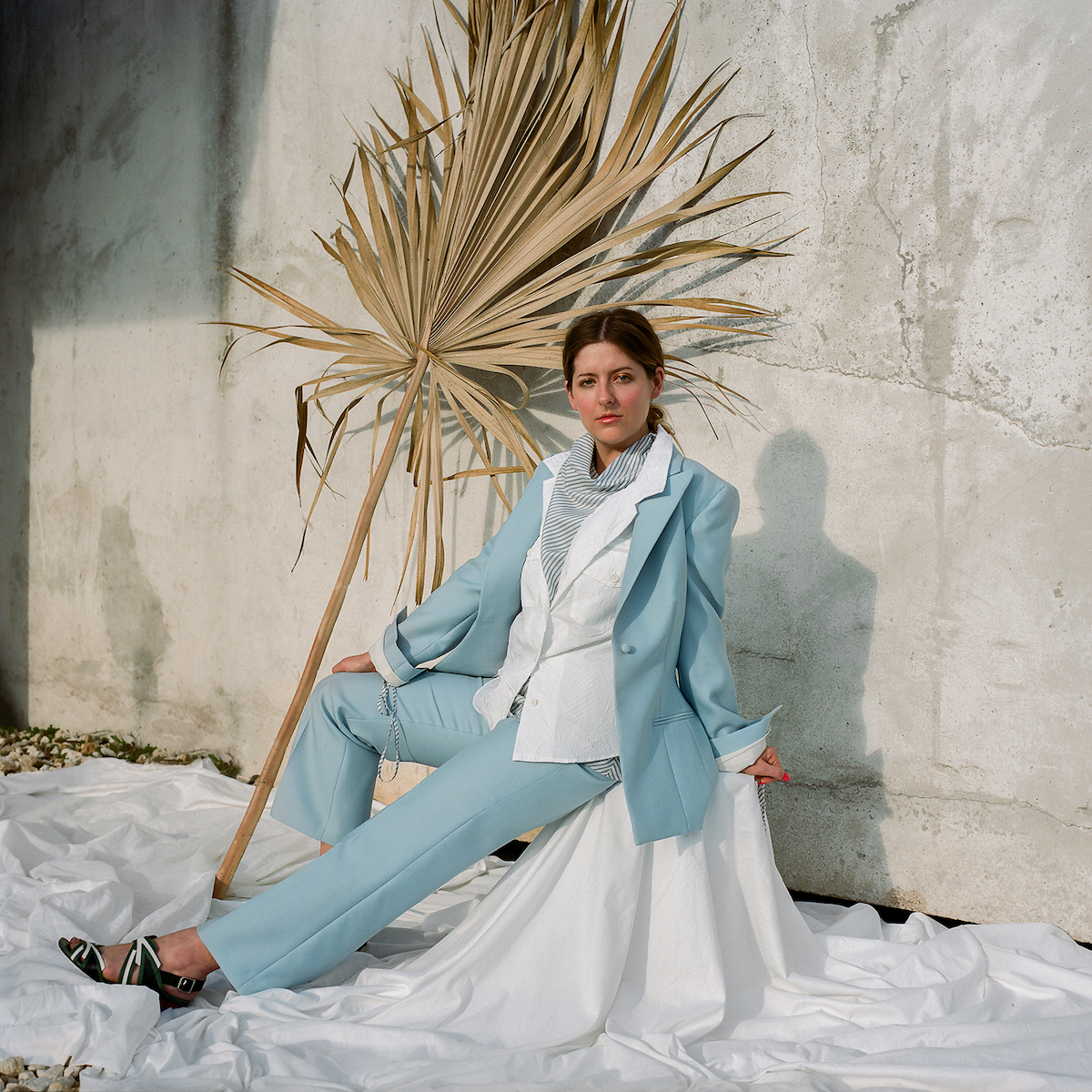 I always start by playing the guitar and creating the chord structure first. Then the melody comes, and then the lyrics.

Do you find that your creative process is mostly different and outside the box or do you follow the guide?

Songwriting is something I’m still learning a lot about, and I am not the type yet, to force myself to write every day. I tend to give myself long breaks from songwriting, especially when I’m on tour.

First Flower feels a lot more introspective, where Please Be Mine was more focused on external relationships. Was that a conscious decision before you started writing?

The themes of First Flower sort of unfolded as I went. When I wrote Please Be Mine, I was going through a monumental break-up and then a reconnecting with that person, so I wrote about that because that is what was going on then. When I wrote First Flower, I was dealing with a lot of anxiety and self-doubt so I pulled from that. At the same time, I wanted to write a more hopeful and positive album since Please Be Mine was a bit of a tear jerker, I’ve been told.

Can you please talk me through the creative process behind “The Candy” video?

Yes! It was so fun to make. Noël Wells and I met on Instagram and started a friendship. I reached out to her about making a video for me, and she came up with the entire concept and I loved it all. It was a crazy day in LA. 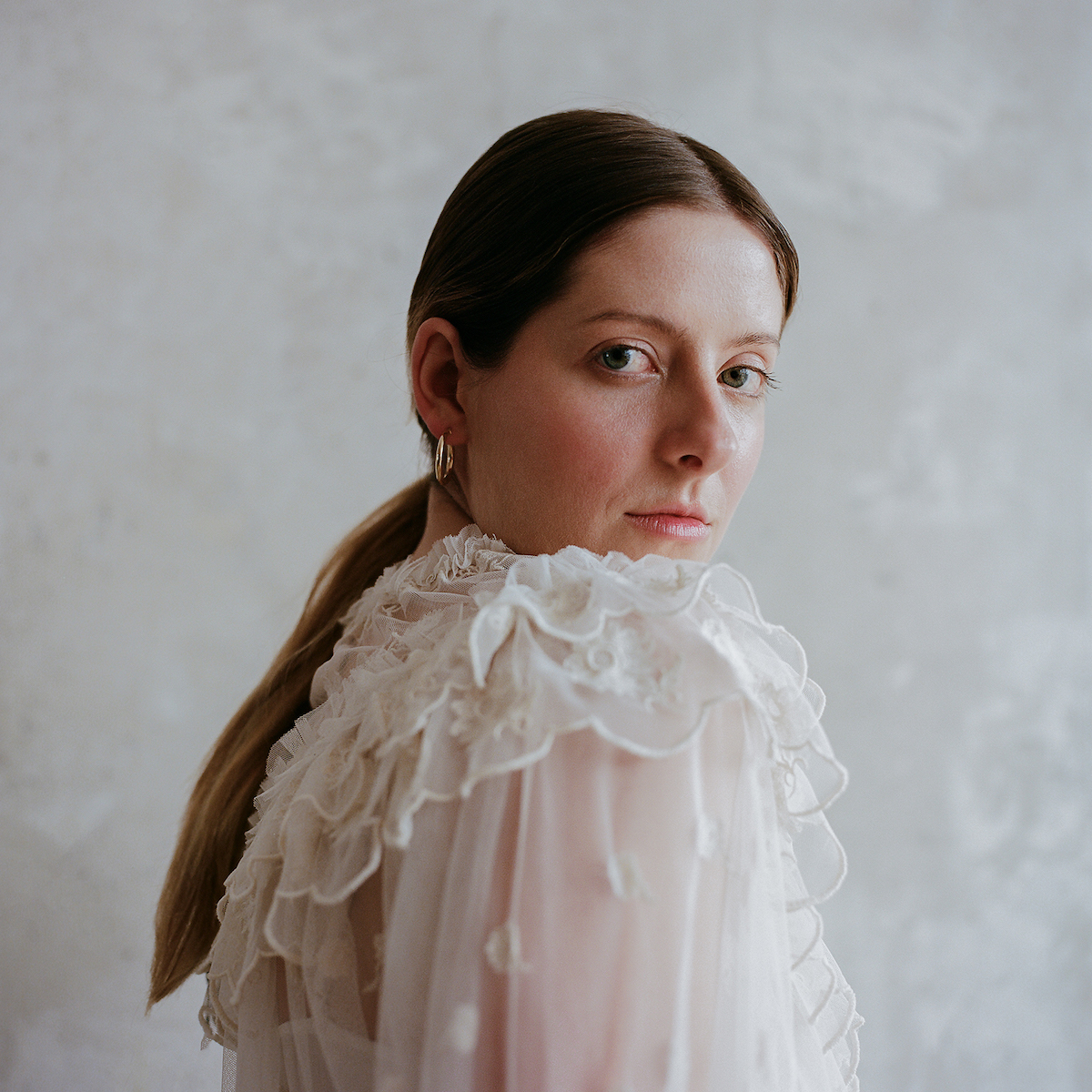 You’re based in Austin – what’s the music scene like there at the moment? Are there other artists breaking through at the same time that you take inspiration from?

The music scene in Austin is wonderful. There are so many great bands here like Hovvdy, RF Shannon, Jordan Moser, and Jesse Woods. It’s a very cosy place to grow as an artist.

If you could work with anyone either alive or dead, who would it be?

A duet with Judy Garland.

Finally, what’s happening for you next?

I’m getting ready to tour all summer!

You can stream Molly Burch’s latest album First Flower through her website or via Spotify.