All These Memories: An interview with The Drums 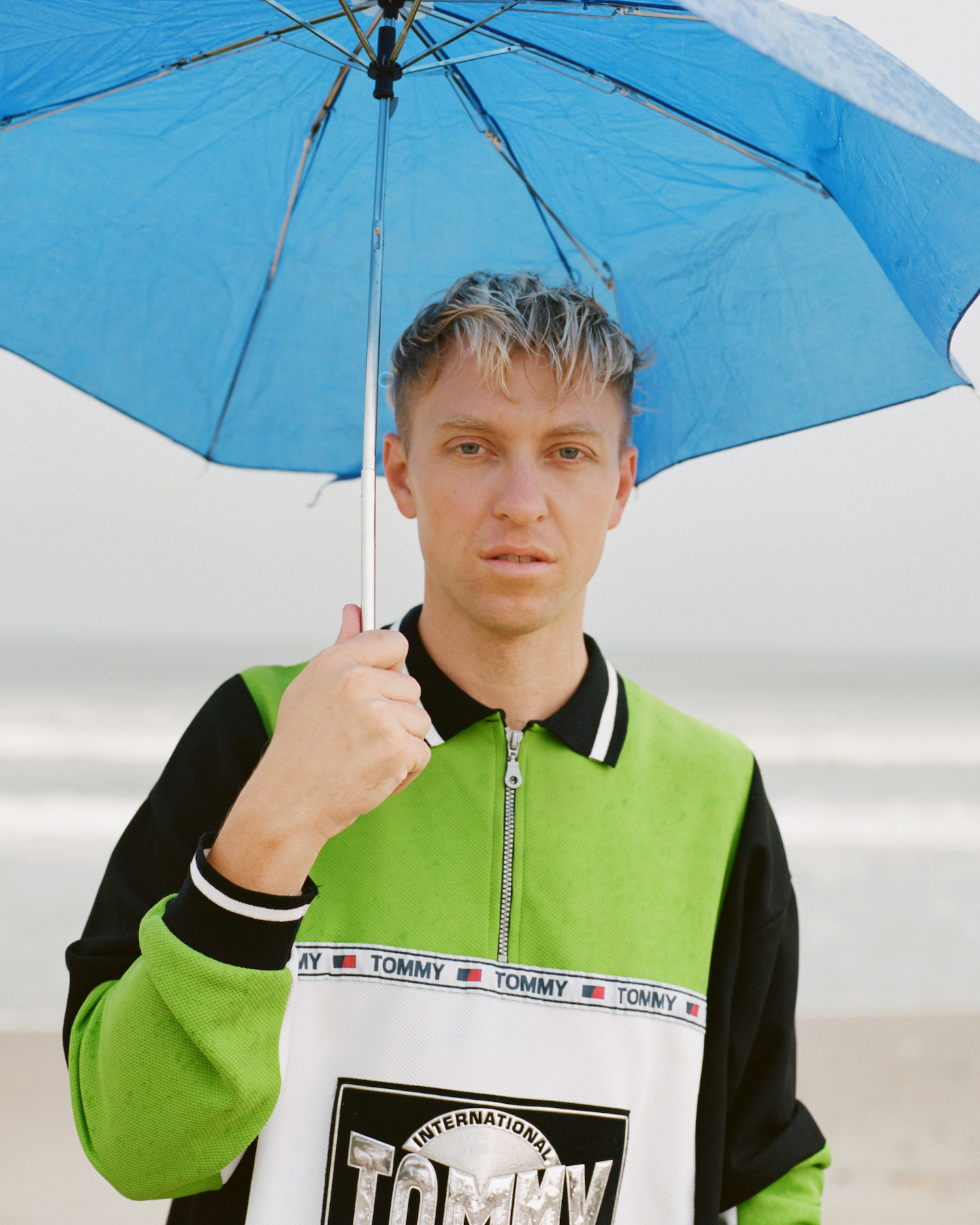 “Now I can talk about whatever I want. Part of me is ashamed that I didn’t fight back more, but looking back now, I was someone who desperately wanted approval from everyone around me – especially my band mates,” says Jonny Pierce, frontman of The Drums.

Depending on how you look at it, heartbreak can either be a curse or a blessing. After Jacob Graham, co-founder of The Drums, decided to leave the band, Jonny was suddenly left to his own devices on how to make what was once a duo, into a solo project. Pierce, now happier than ever, just created a brand new record Abysmal Thoughts, packed with delightful hooks offset with very familiar whims.

Right after releasing their self-titled album in 2010, The Drums were quickly thrust onto the world stage. Then, a year later, the band came back with Portamento which talks about real life, and the pains and pleasures that come along with loving while you still have fresh breath in your lungs. In 2014, The Drums released Encyclopedia which was an aptly titled record that comprehensively documented the band’s entire career.

We caught up with Jonny and chat about the band’s history, the emotional stages throughout his writing process, and the excellent new album, Abysmal Thoughts. 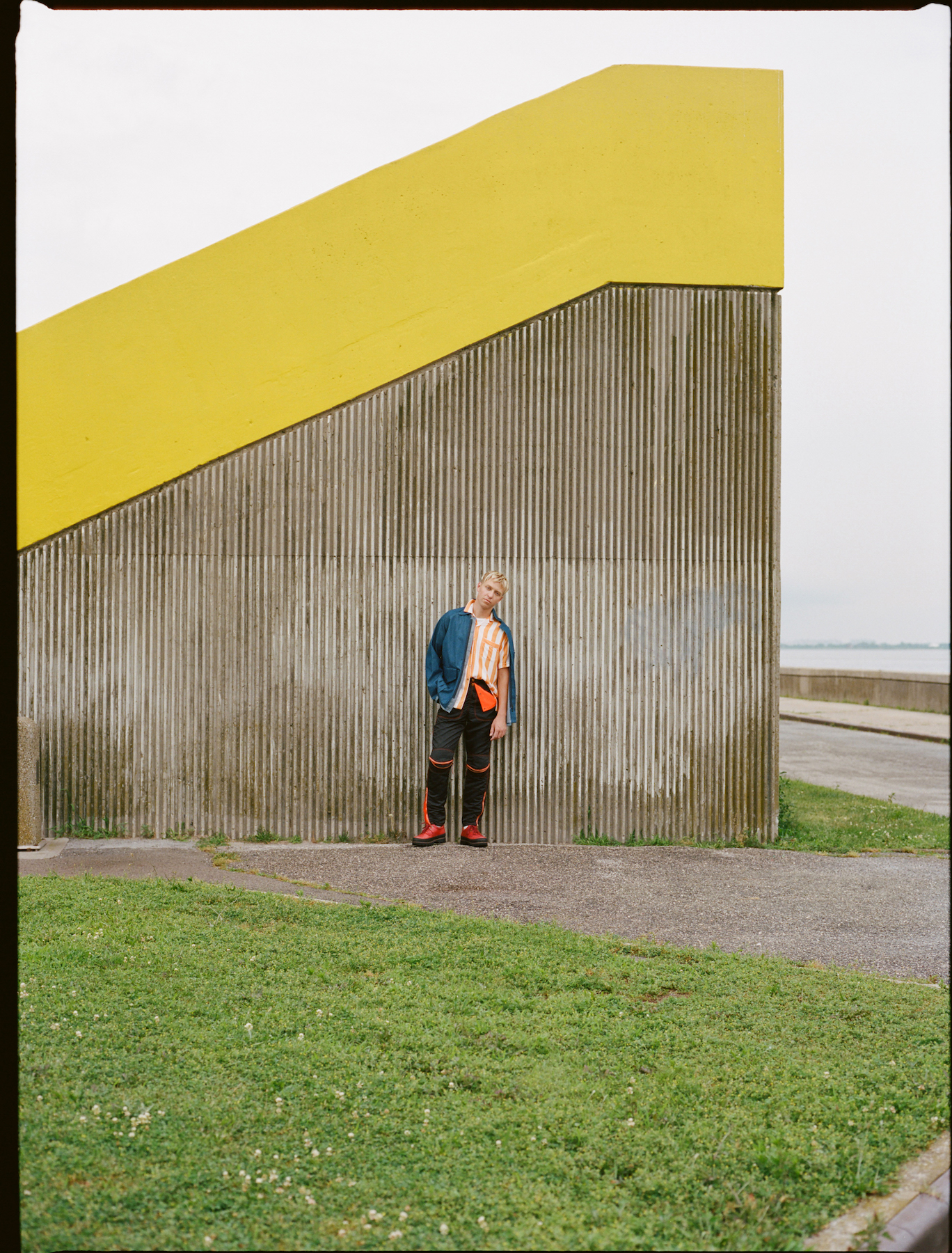 So, let’s start from the beginning. Tell me how The Drums first began. How did you meet Jacob and start making music together?

Jonny Pierce: Well, in 2008, I was busying myself in New York City in all the wrong ways, and a friend of mine called me on a random Tuesday. He told me that he loved me and that he saw untapped potential in me. He said that New York City was killing me and that I needed to leave, make something great, and come back with something to offer. I took his advice and immediately started packing. My best childhood friend, Jacob, was living in Kissimmee, Florida – a tiny little town outside of Orlando. I didn’t know where else to go, so I went there. I moved in with Jacob, almost immediately we started making music together, and ultimately formed a band and called it The Drums. It was weird because neither of us had ever touched a guitar. Truly! We first met years earlier at a ridiculous Bible-themed summer camp when we were kids, and it was there that we bonded over a love of electronic music – specifically 1990’s synth-pop. Even more specifically, a synthesiser band out of Orange County, California called Joy Electric. We had both been collecting old analogue synthesisers, believe it or not, and so I view our first meeting as serendipitous.

What’s your favourite album and artist of all time?

Bjork – Homogenic. It is a perfect album. As a matter of fact, I just acquired Homogenic on Minidisc. I’m a minimalist now, but the one place that I give myself some freedom is in Bjork merchandise.

I guess the one that is at the top of the list for me would be “Under The Ice” from the new album. It just really encapsulates how I feel about my reality.  Disconnected, set apart, constantly wondering why, frustrated with the norms, hating big crowds, shying away, having lots of self-doubts. I’m at a point in my life where I am learning that maybe some of these things are a gift, but I still struggle with them.

How do you feel about The Drums being a now solo-project?

I have never been more happy doing this. To be honest, The Drums have always been a solo-project in a way. I was always the one writing and recording these songs – with a few exceptions of course. It was my brainchild from the beginning, but I never had the confidence to just do it on my own – until now. It took a long time for me to feel confident about just stepping out without others to rely on, or to share the fall with. I’m grateful for members past, but there is nothing like putting out cool records with cool artwork and putting on a cool live show and knowing you commanded it all. It has been nothing short of therapeutic. It has changed how I see myself. I definitely hate myself less now.

How did you feel when Jacob decided to leave The Drums?

I had a 30-second panic spell, but very quickly realised that this was a huge gift of freedom and self-expression. I knew Jacob would be fine and that I had a lot to say. There were things that had built up over the years that I really wanted to talk about on the new album. Jacob always wanted to make sure that the band was leaning towards an innocent form of expression. But there is nothing innocent or whimsical about me. I’ve partied harder than most people I know, I’ve been to jail, I’ve been married and divorced, I’ve cheated, I’ve been cheated on, I have a long list of sexual fetishes, and the list goes on and on. I live in a real space, and I was ready to write about all of it. 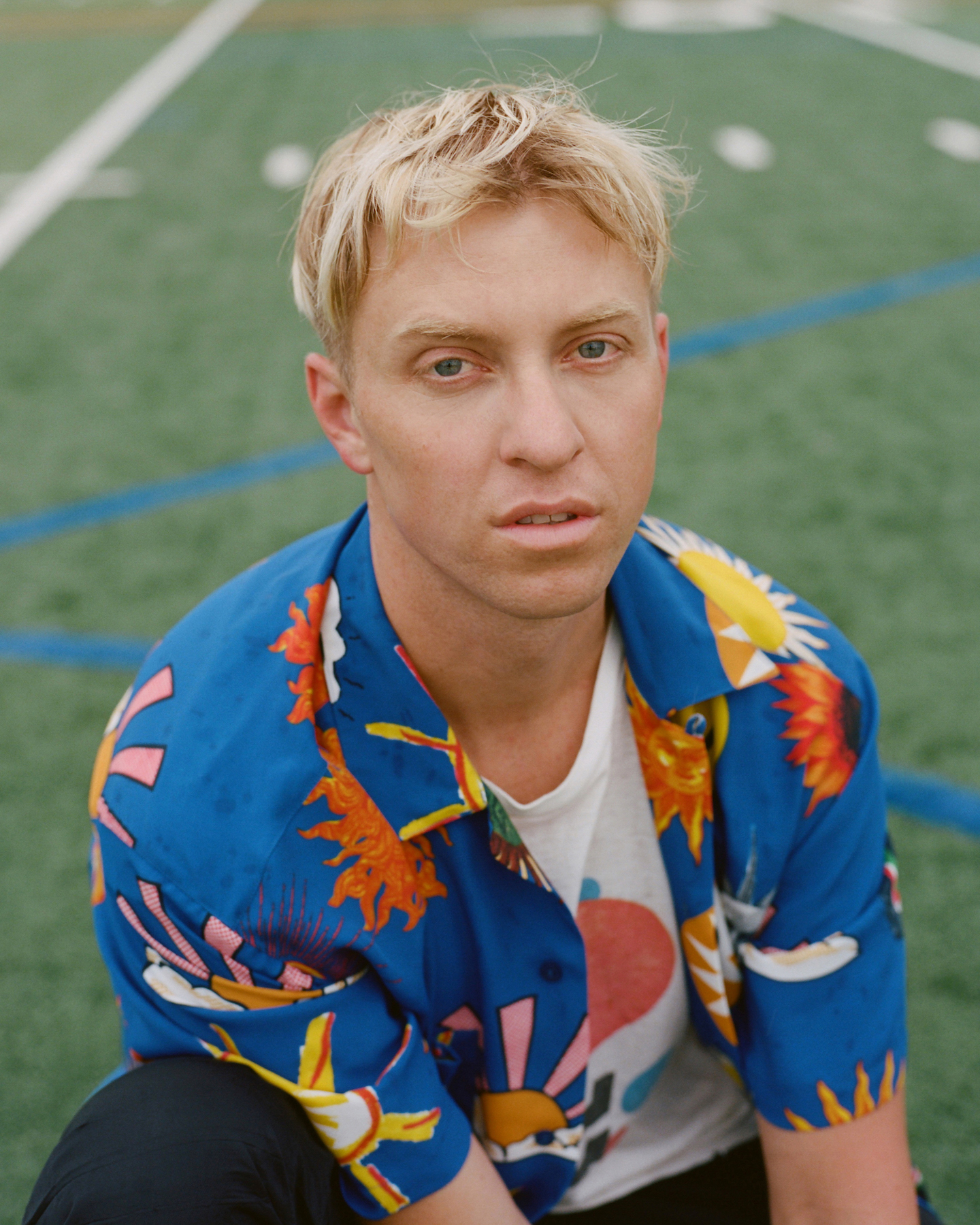 Given that Abysmal Thoughts is your fourth album, how would you say that you have evolved as a songwriter?

There is just a new level of openness that didn’t exist in much of the first three albums. Something I have learned about myself is that if I am hiding away in any way as an artist, then I am not going to do good work. I also hate writing about nothing. I would rather expose the darkest parts of me than write another song about surfing. And guess what, the kids are responding hugely. People – including me -are just looking for some honesty.

What’s the exploration behind the new record, the driving force, so to speak? Do you treat this album as a start to the new chapter?

Well, I get to be autobiographical in a way that I’ve wanted to be for a long time. I remember when I was writing the Summertime! EP in 2008, I wrote a song called “Instruct Me”, and it was an autobiographical account of my first time getting fucked by a guy, and Jacob told me he did not want that on the album. We ended up putting out as a b-side in Japan or something obscure like that. He couldn’t stand the reality of reality. Now I can talk about whatever I want. Part of me is ashamed that I didn’t fight back more, but looking back now, I was someone who desperately wanted approval from everyone around me – especially my band mates. I wanted them to love me, so I backed off when it came to certain artistic choices.

What’s the idea behind the cover? Why is your boyfriend sniffing shoes?

Because he’s hot and athleticism is all over the new album’s aesthetic. This is me exposing my fetishes. At the time, my boyfriend Keon was still a practising Mormon. He was still wearing the holy under garments from time to time. I think the idea that he was Mormon – and at the same time was willing to smell my shoe and touch himself – was very hot to me. I know this probably scared some people. I’m sure there were some parents or people out there who didn’t want that image on their iPhones, but it was something that needed to be done.

I love “Head Of The Horse”. What’s the story behind this song?

It’s an autobiographical song about growing up and trying to figure your shit out and realising that the past still plagues you. I talk about the abuse in my home. I talk about important friends who ditched me. I talk about my dead grandmother and how she was the only person I could talk to growing up. 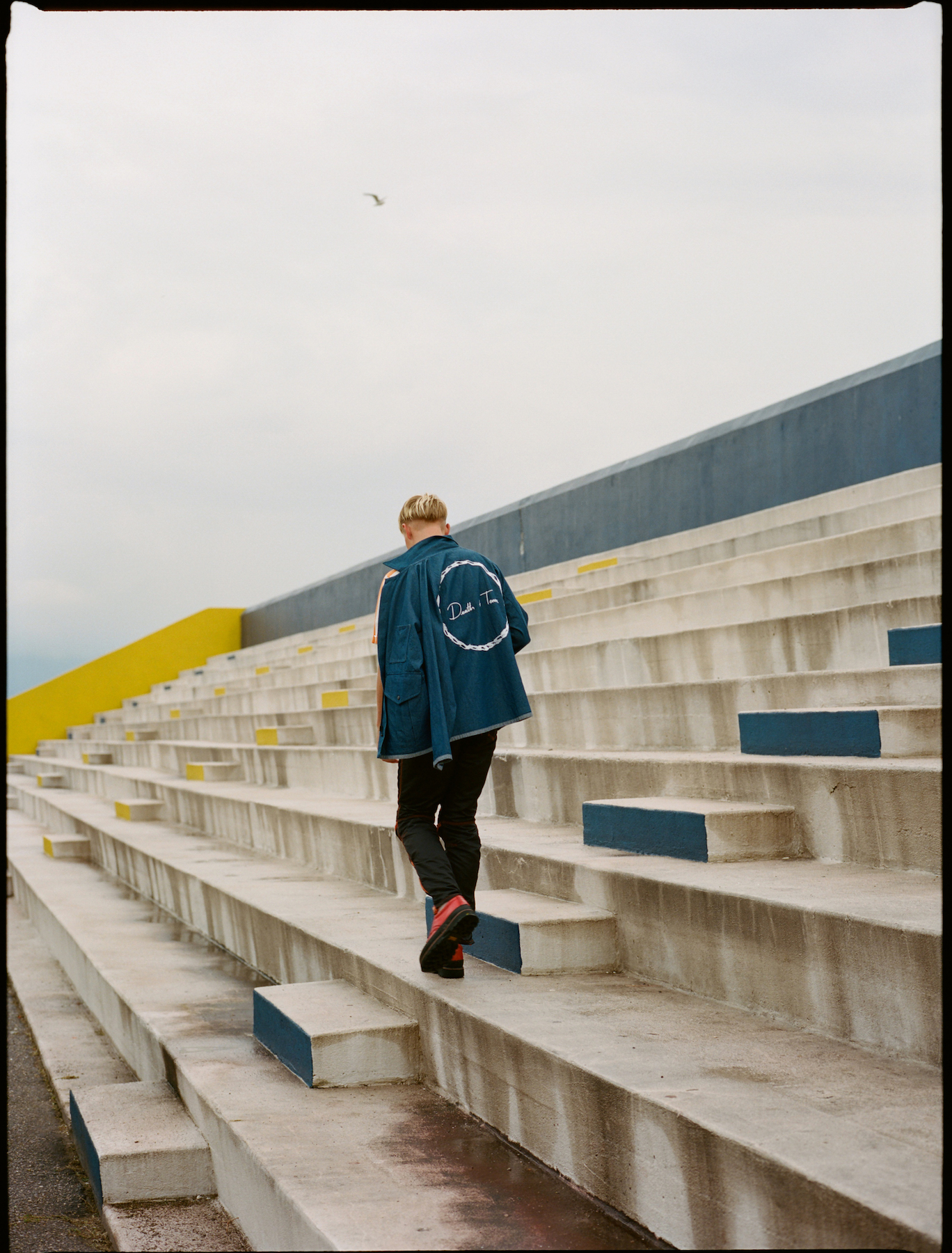 What do you want the listener to take away from Abysmal Thoughts?

This sounds cheesy, but I want people to connect to it. I want the sad, lonely kids out there to know that I deal with that shit too. Sometimes there is a misconception that being in a band like mine is all fun all the time, but I deal with very real demons every single day. I want it to be a love letter to those kids.

Well, I like that I can just be me now. I am trying to relax into myself more, which means better vocal performance, and I think the crowd appreciates that (laughs). I used to feel like I had to be going bat shit crazy on stage for people to care. It was another false insecurity. Now I just dance when I want to and – guess what – people respond in a bigger way. Because I am genuine and they feel that. I had to ask myself, “Am I a true artist and a true voice if I am not fully myself?”

If you had to shadow somebody for a day who would it be?

Bruce Webber. All those boys.

What was the first song you heard this morning?

I haven’t listened to any music yet – except for some generic jazz playing in this cafe.

Keep up with The Drums via Facebook or stream Abysmal Thoughts via Soundcloud below: