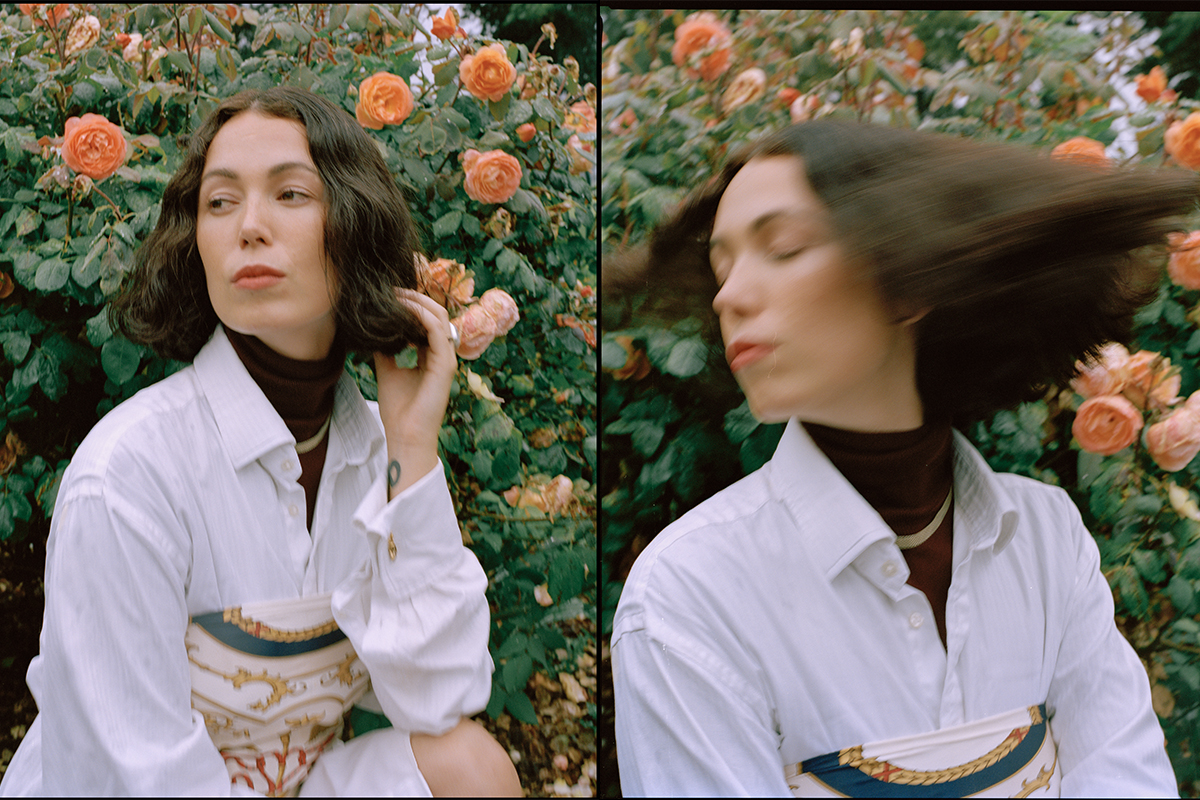 Last month, Welsh techno producer and singer/songwriter Kelly Lee Owens debuted her sophomore album, Inner Song. A surefooted exploration and connection with self, Owens makes sense of past struggles with a rich blend of ideas, structures and grooves. Inner Song blurs conventions and genres and invites us to a deeply personal expression of self-love. Down to the very last detail, Owens does justice to herself and her sound.

In this exclusive with Teeth Magazine, Owens discusses collaborating with John Cale, her “Arpeggi” cover, and the freedom that comes with trusting yourself. 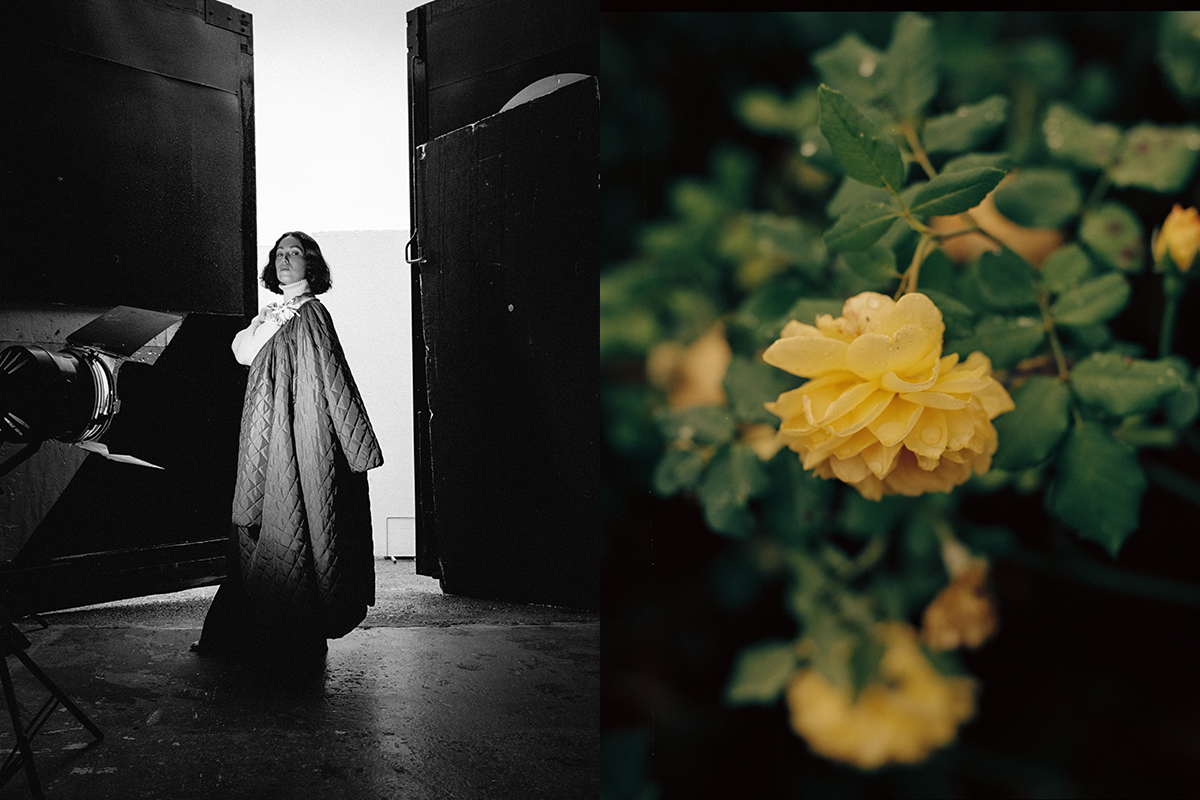 Inner Song is a deep exploration into self and a graceful coming to terms.  As your sophomore album, how did this one come together?

It was actually a very quick album to make. The actual music only took 35 days which is pretty wild. It felt like the floodgates opening since I hadn’t created properly for a while because I had been touring. The first album cycle kept rippling, and all these exciting opportunities kept popping up; touring with Jon Hopkins, DJing, remixes and all these things I just wanted to keep saying yes to. I was very ready to create, and I think that’s why it took such little time in a sense. But actually the first track was a cover…

Yes, let’s talk about “Arpeggi”.  I think it’s amazing you went there, why that Radiohead song specifically?

In Rainbows has been a great companion of mine. It’s my desert island disk, and it has this beautiful balance of melody, vulnerability and melancholy but with a slightly electronic production at moments. Sonically, it’s just so interesting, and I hear something new almost every time I listen to it.

The “Arpeggi” cover was made a year before the rest of the album. I didn’t know whether or not to include it but sonically for me, like with the last record, “8” was the last track and felt very expansive, like I was going out into the ether and little did I know that I was going to be in a difficult, dark place for a while. I think for me, “Arpeggi” is the sonic representation of coming up from that underworld, that darker place and the arpeggios are kind of pulling me towards the surface, pulling me towards the light again in order for me to rebirth and restart the journey.

It mattered to me that as a piece of art, as I believe albums are, this was the beginning.

It’s a personal artefact that brings such an intimate element to the album.  Inner Song has this bravery and peace that comes from being connected to oneself, how was creating this record different than your previous work?

Yeah, the first one was self-discovery in a whole different way. Figuring out what’s my palette? What do I enjoy? What do I connect to in terms of sounds and production? I knew tracks that I liked and albums and artists that I like, but what was my identity? I was so obsessed with the technicalities, it was painstaking in that sense. I was also inspired by Vespertine and Bjork’s micro beats so there was a lot of that going on. But this time, collaborator James Greenwood was like, ‘Please Kelly, just let the ideas flow and see what happens.’  It was the best advice I could have ever been given.

Again, this is why it only took 35 days to get the basic ideas and arrangements down. I allowed myself, and trusted myself to be the conduit, I trusted my ideas. This is the thing as women, I don’t think fundamentally we’re encouraged to trust ourselves at all. Society is set up in a way that forces us to continually doubt ourselves and feel like we’re invalidated somehow if someone else is involved so I was pushing past a lot. 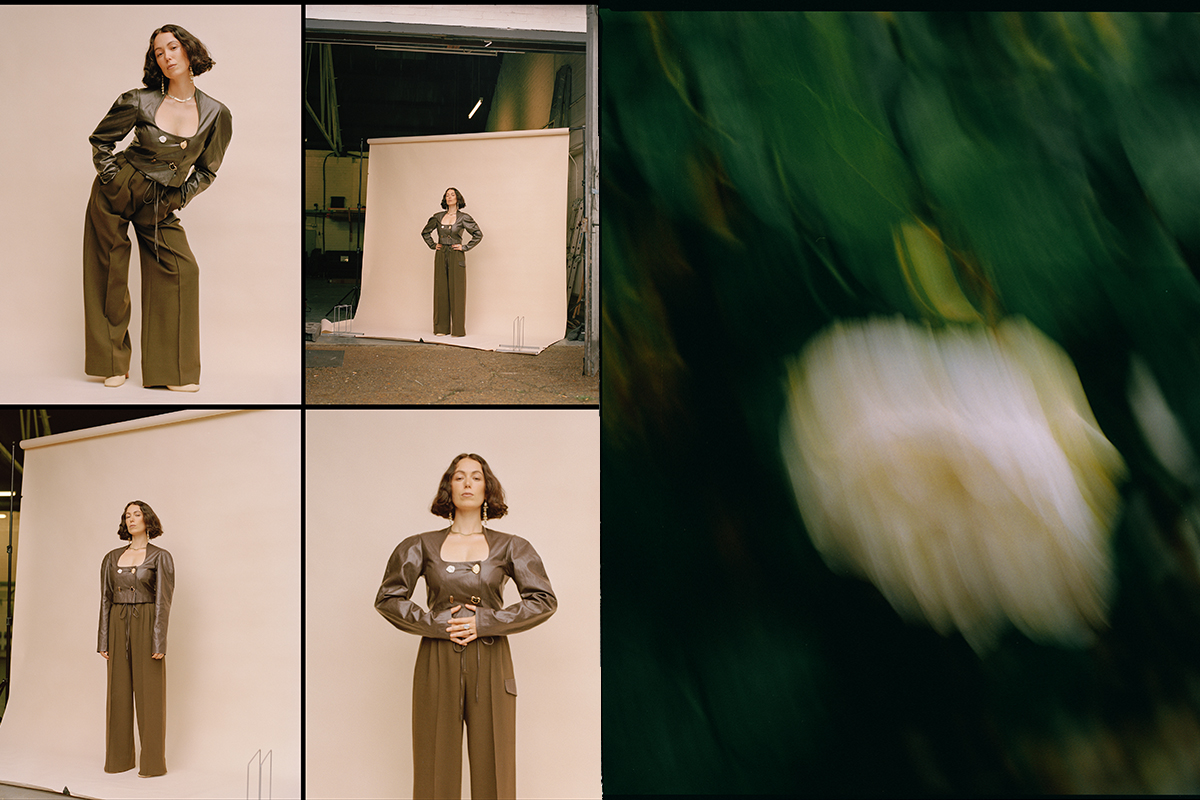 You learn to trust yourself over time, it takes trial and error.

Definitely, this is the joy of ageing. There is a joy and beauty to moving through decades, right? Ageing has such a bad rap for women. This is what “Re-Wild” is about, like a rewilding of the soul and of the spirit and all the different phases of a woman’s life. I think all the phases of womanhood are beautiful.

Yes, let’s celebrate that!  That’s why it is called Inner Song as well, it’s not about this outer shell that I’m living within. It’s about my inner world and if that isn’t good, if that isn’t healthy, it doesn’t matter what you look like on the outside your life isn’t going to be fulfilling. It’s as simple as that.

“Melt!” addresses the climate crisis and I understand you featured organic samples within the song

This is one of the first times ever that I’ve used a sample that isn’t my own because it was important to capture a specific thing and the words “while you sleep while you breathe’ kept coming to me. Obviously it’s called “Melt!” because I’m talking about the ice caps as one way of discussing climate change. I wanted nature to speak for herself. I wanted those sounds because nature tells us what’s happening and speaks volumes, literally. I found samples of glacial ice melting and also wanted to look for people skating on thin ice because that’s where we’re at right now.

I believe sound penetrates the body and everything is kind of somatic in a sense. Even if it’s in a club, I feel like these messages can be passed on to people and into people’s psyche. That’s why we have such a responsibility as artists, there are so many messages that get passed on and some of them I feel to be quite detrimental. Not all pop music, but some pop music lyrics express that ride or die thing and like, no matter what you put me through, I’m going to still be here. It’s like No. That’s not happening.

I love that you just said that.

That’s what “L.I.N.E.” is about, it stands for Love Is Not Enough.  I sing “stay in line”, as in keeping in line for someone and limiting yourself and shrinking yourself down in order to be loved by someone – No.  I was faced with some very real decisions a few years ago, and I almost lost myself and I feel like never again will I do that. I put in the chorus, “I’d rather be on my own”, I just don’t hear anyone saying this stuff. And I wanted people to take strength from that. 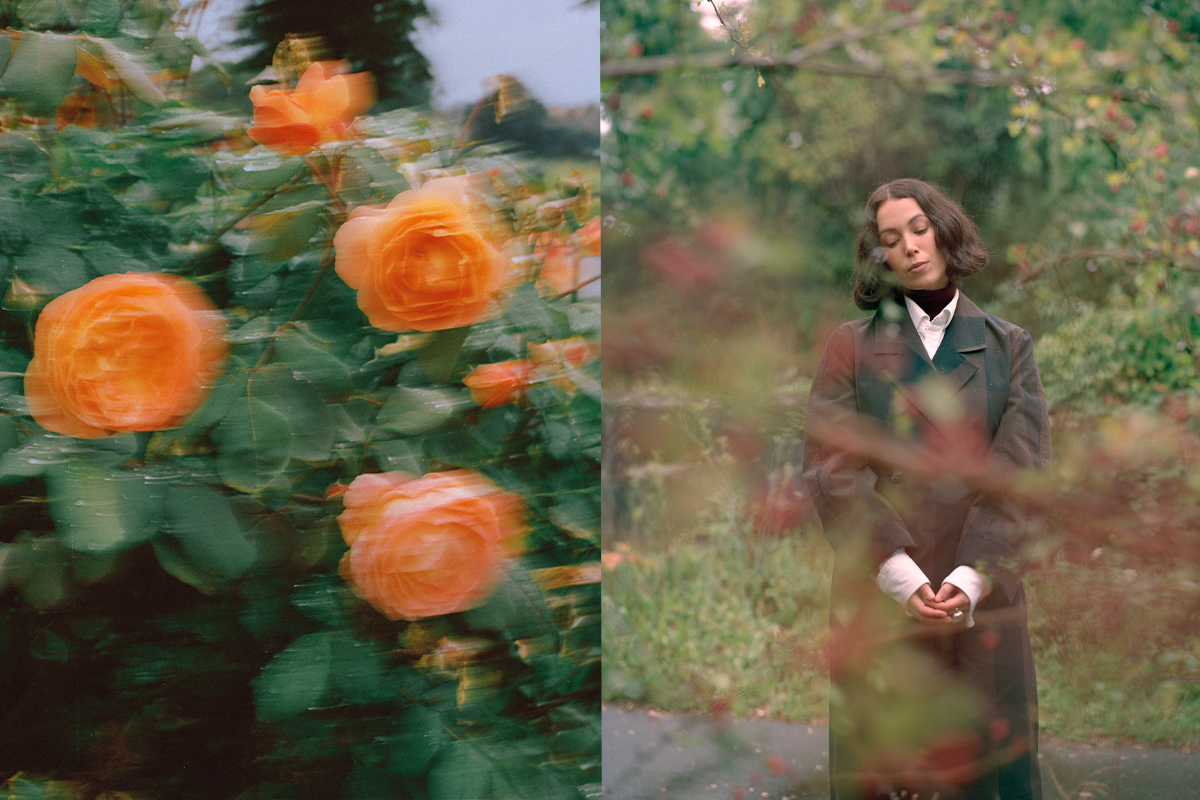 Absolutely and it’s trance for a reason. The things that dance music can do to you and how it allows you to come together every weekend to almost pray to the gods of techno or whatever in this congregation; coming together via community, via song.

My great grandmother was an organist in a church for 56 years, she played the organ every Sunday apart from one weekend when she gave birth to my grandmother. That was her life and her expression and people felt a part of a community, a place to be, and we’ve kind of lost that sense of community in a way. So I see why people have their own sense of what church is, a spiritual place.

We’re realising what we take for granted. It’s a privilege of a lifetime for me, I’ve realised to play music to people, and connect with people in that way, where you can bring people literally together with something you create. I do think the next time I play will be a religious experience.

What was it like working with John Cale, a fellow Welsh artist?

I think that’s the thing that connected us. Welsh people kind of support each other and I think Wales you know, has been an oppressed place within Great Britain; we weren’t able to speak or sing in our language a few hundred years ago and only now are they changing the road signs to be in Welsh and English. The reverberations of these things are very real and so we stick together.  When I was making “Corner of my Sky” and it was an instrumental,  I knew what the next thing I needed was and it just happened to be him.  I really wanted to honour the place that I was from, the land that I was from, the country I was from, and I wanted the Welsh language there. So I just said to him, go and visit your connection with Wales, because I read that one of his biggest regrets was a disconnection he had from his home country. I asked him to just explore that, what it meant to him, his experiences of the land and if he felt comfortable to sing or speak in Welsh. I only found out as well with the press release that he hadn’t written in Welsh for 20 years. It all just felt so special and real.

Who you’ve collaborated with has been so complimentary to you, has it provided a sense of positive affirmation along the way?

Definitely. And I think the only way that stuff can happen is if you’re just consistently true to yourself and if you continue to work with integrity, especially creatively. For example, when Bjork asked me to remix her, that was a massive moment for me personally. I think that happened because I was true to myself with the first record, so I knew I had to be the same with the second. My place here is to be true to myself so that I can bring truth to others, so they can resonate more deeply and feel less alone.

Keep asking yourself questions and keep digging deeper and come back to the love you have for it, where the love stems from, and what it has done for you. The goal should be that you can give that back to others.

You can listen to Kelly Lee Owens’ new album Inner Song here and follow her via Instagram.