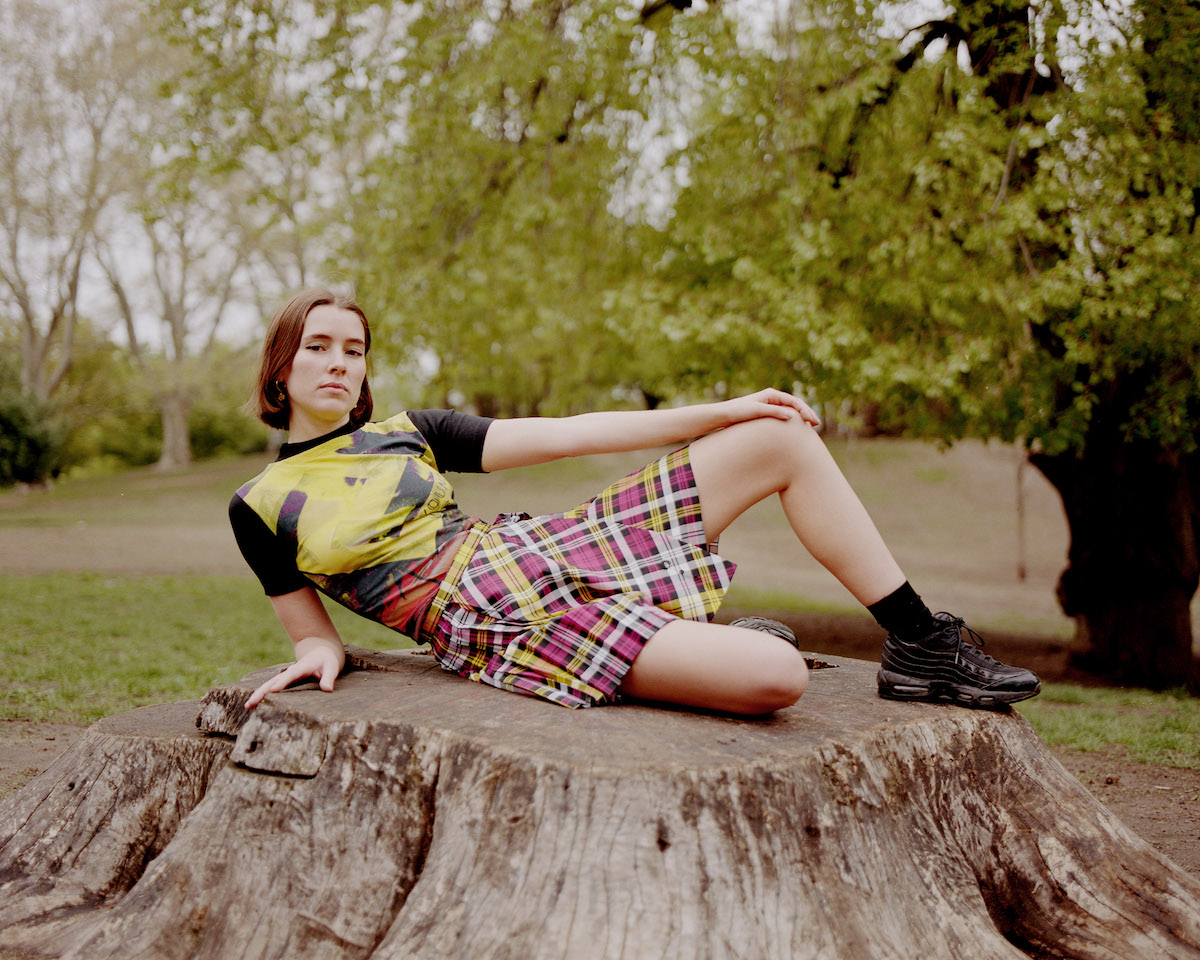 Janet Planet is one-quarter of the larger than life alter egos that make up Australian-born dance band Confidence Man. Known for exhilarating stage sets (vivid, sweaty and unafraid eclectic choreographed dancing) their loud presence has become a highlight on the global festival scene.

Scheduled for world tours and an appearance at Glastonbury, plans for this year were flipped, but with it comes the release of their infectious new single “First Class Bitch”; an over the top, loveable pop anthem and a lockdown produced album in the works. Coming out of these uncertain times, Confidence Man manifests boldness and euphoria – even when housebound – to the darkness that has been 2020. 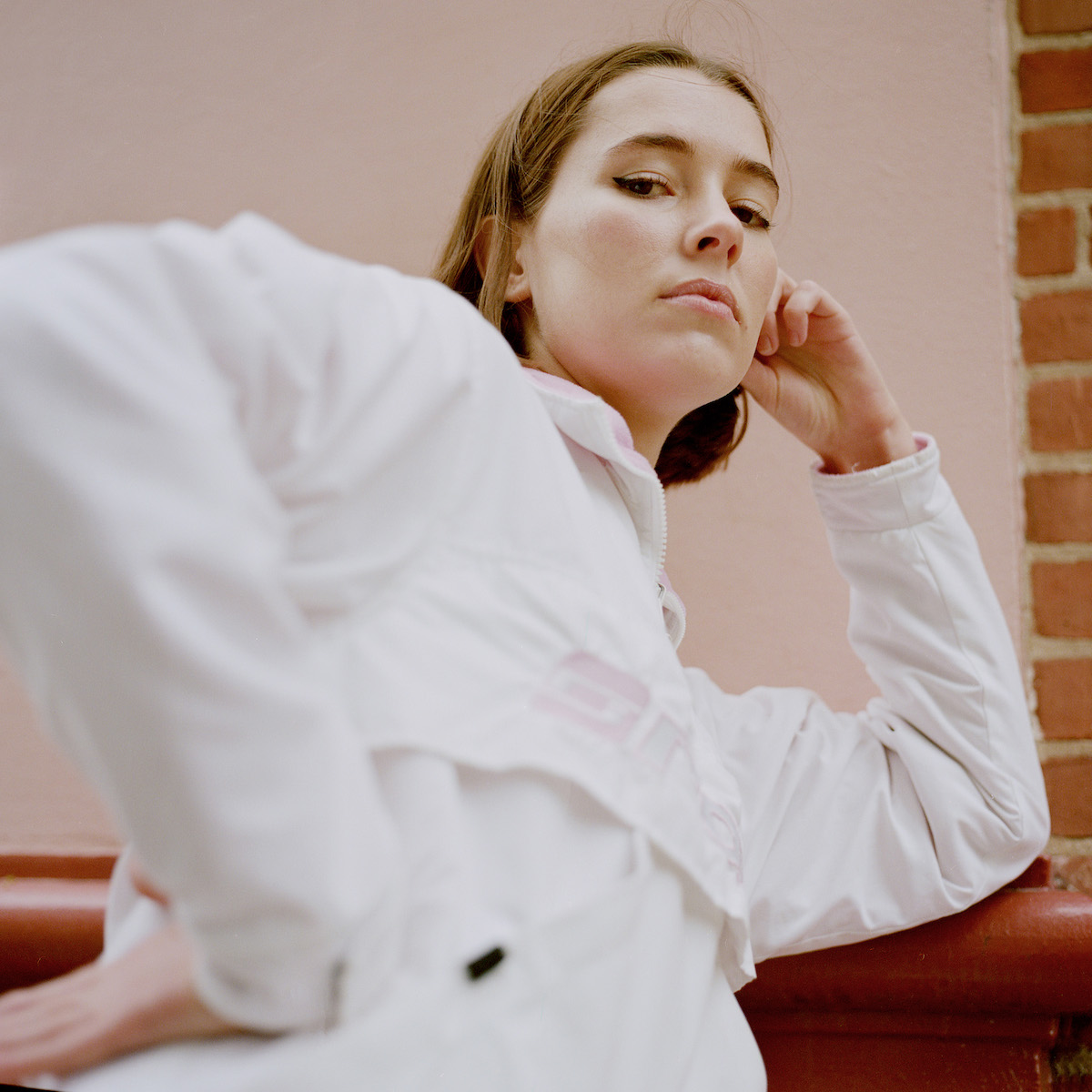 How did you all fall into music?

I feel like Janet is just the same person as me just a little bit scarier and aggressive. A little bit more badass. But I like it, I feel like there must be some elements of that in me for me to have that come out. Because it was kind of like a natural thing and I didn’t do it on purpose, I just got out on stage and suddenly I was like ‘well this is who I am on stage’.

It was just part of my vision for the band. The whole time we said that we wanted to take on characters and have these larger-than-life names that would go with that. The way that we actually got the names is that we got them from a cemetery in rural Queensland when my brother and I were there for my grandma’s memorial, I remember walking around looking at the gravestones and seeing all the names of old dead people. Then we actually got a call from some of the families whose names we used and they were actually really pleased that we’d used their names. 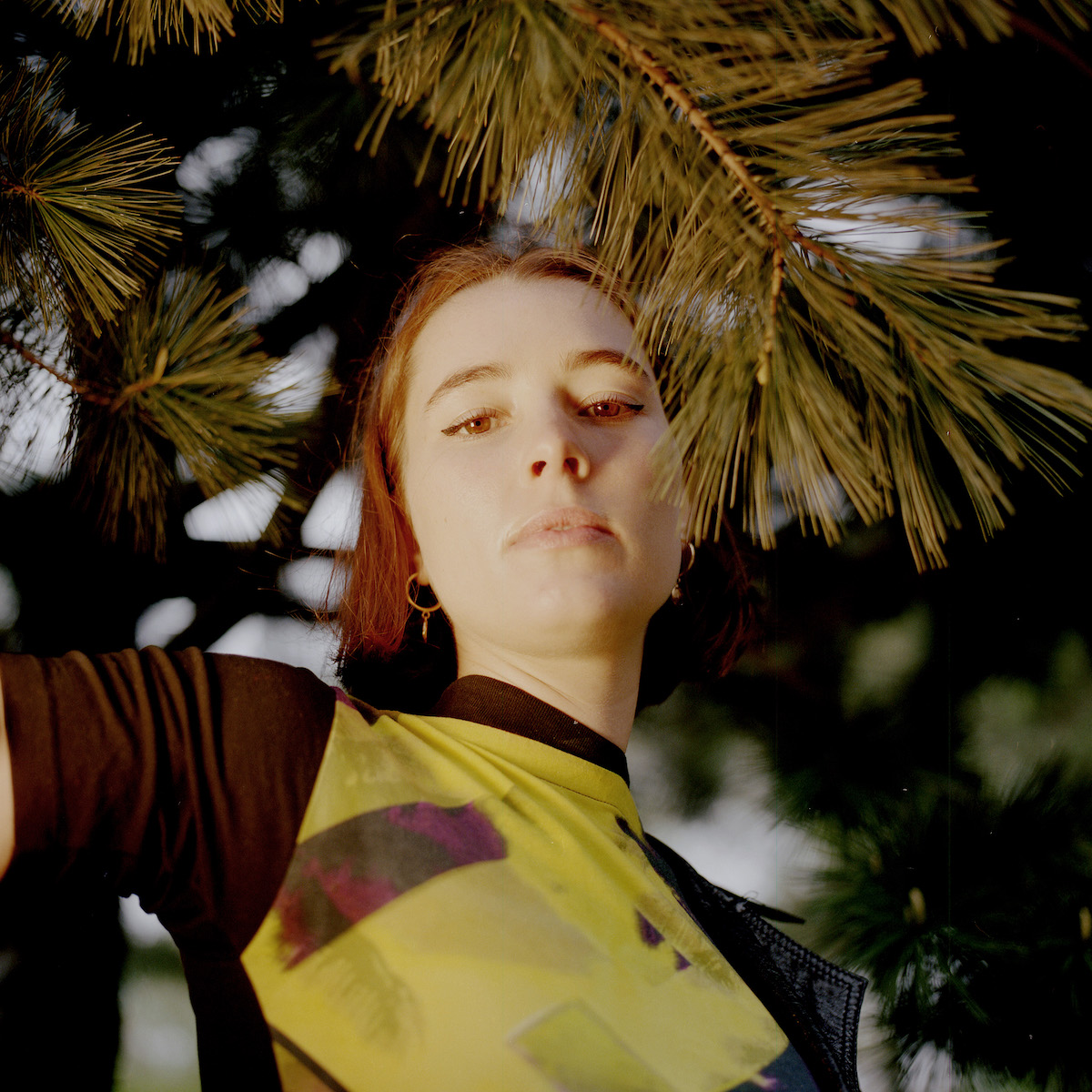 What’s your joint creative process behind creating new music with everyone involved?

I suppose it’s kind of changed, initially we would start from a lyrical concept and we’d have a whole bunch of song names and we’d choose one and then write from that perspective. Now we just kind of sit around and get drunk and see what happens. Reggie sits at the computer and then it’s all three of us yelling at him. So he’s usually in control and handling the beats while we all yell at him. It’s a little bit less organised which means that we’ve been writing weirder stuff: sad stuff and some weird pop stuff. I feel like the album’s going to be all over the place but in a good way.

Has the direction of the new music you’re creating changed because of lockdown?

Definitely, I think we’ve gone in a more inspiring and uplifting direction because we’ve kind of needed something to make us feel good because everything’s been a bit miserable. So in a way we’ve kind of written happier music than what we would otherwise.

How would you describe Confidence Man’s live sets and your stage presence?

I suppose it’s kind of powerful, intense, and sweaty. Kind of freeing as well. That’s probably where I feel my most free when I’m dancing on stage. 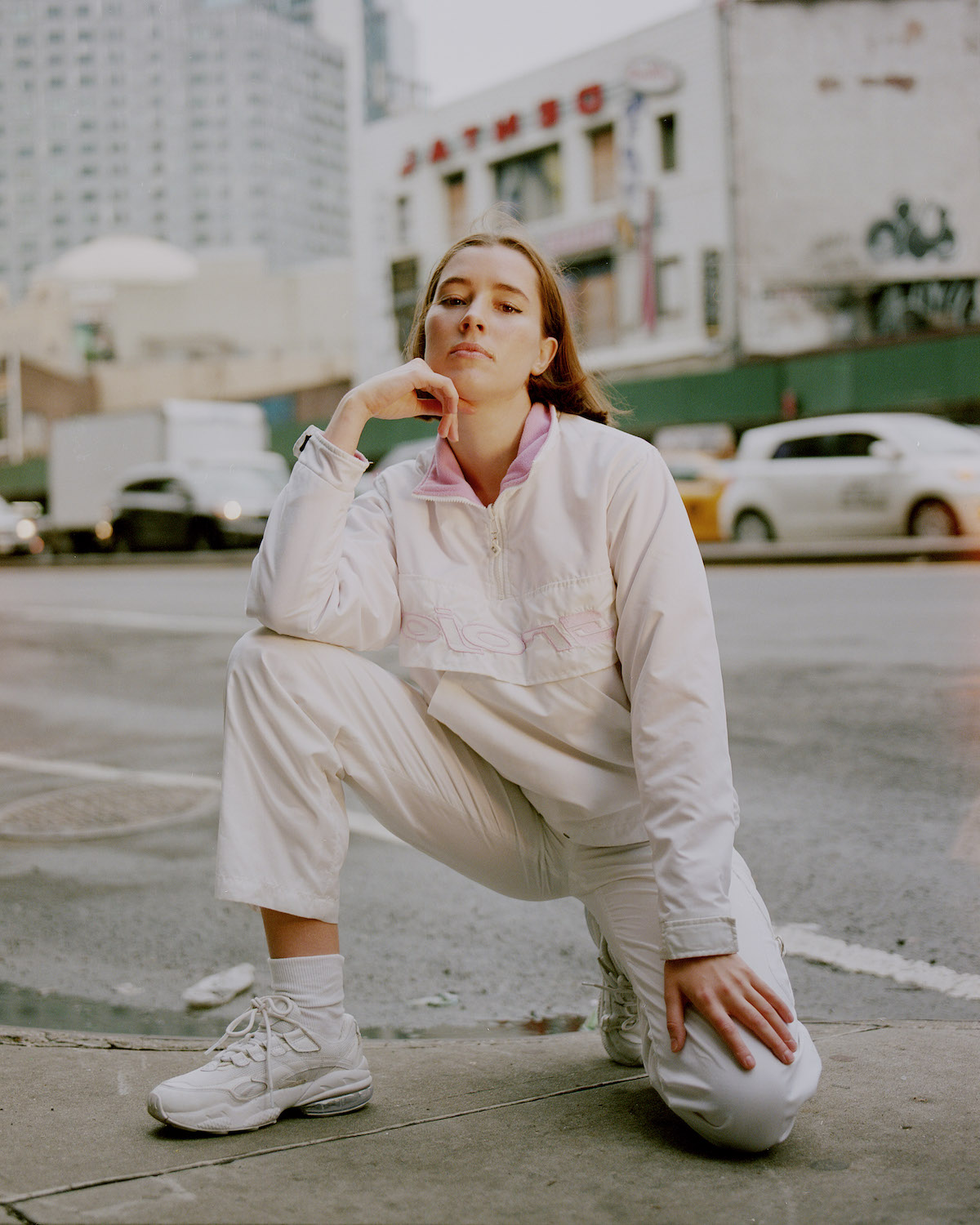 How did you learn how to dance?

What was the inspiration behind your newest release, “First Class Bitch”?

Were you trying to make an anthem?

Yeah, I kind of just put all these sassy things I think about all the time into one song that just says it all. Just taking it to the furthest point. Which I think we did.

The music video is quite glamorous and flamboyant, we see you eating sushi off a naked torso, a bejewelled poodle and a lot of dazzling outfit changes. How important is creating a visual aesthetic to match your music?

Usually, they kind of go hand in hand. When we were writing it I remember feeling so gangster but so over the top that it was silly, and that’s what I wanted with the clip as well. This larger than life, stupid and over the top gangster references but put through my filter which is just stupid, really! So I suppose it’s like looking for a gangster perspective via conman. 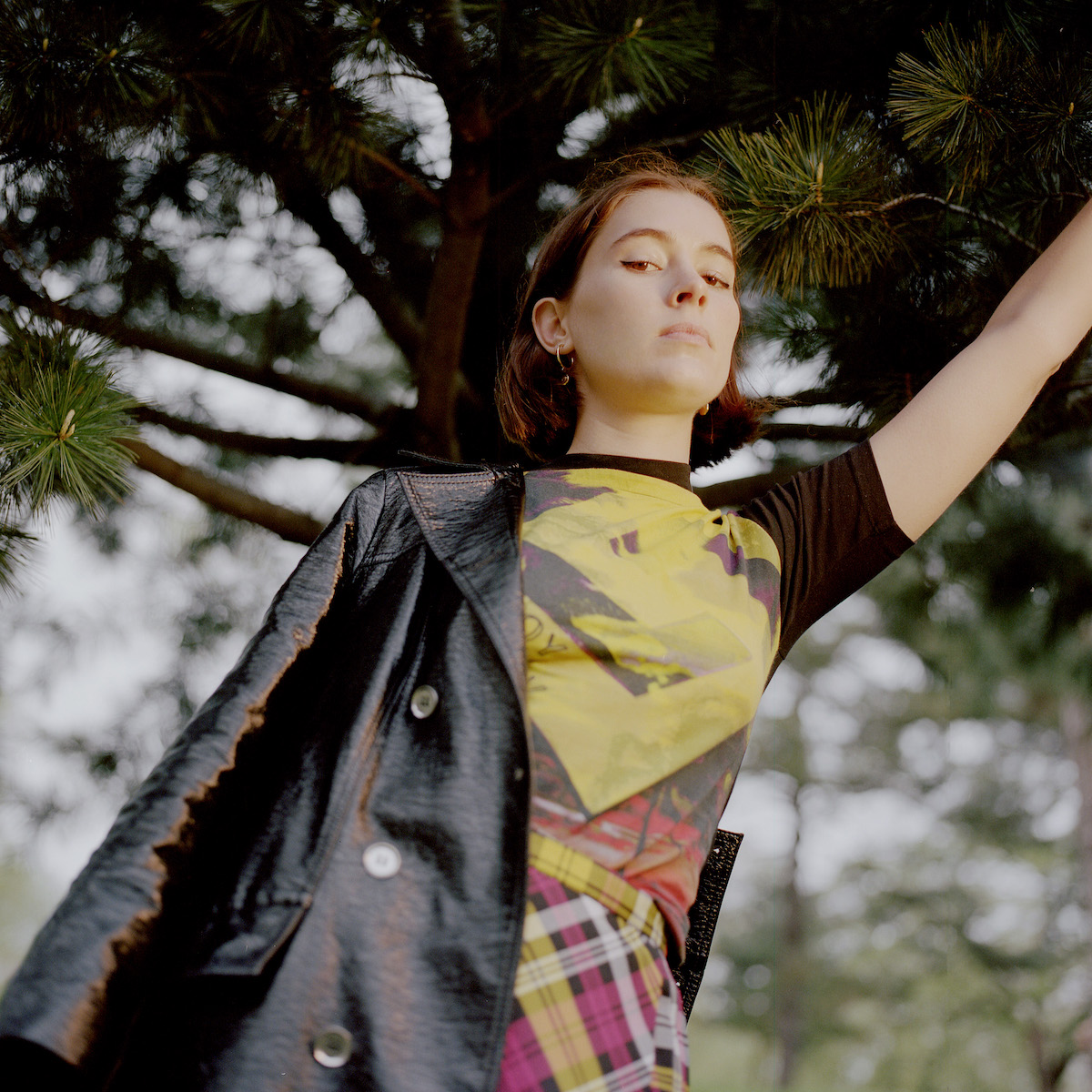 How does fashion play into Confidence Man?

It’s a big part of it, especially because my mum makes the costumes. We design them together, so I’m thinking about that for the film clip, how the costumes are going to tie into that and how it’s going to move. I have all this weird useless knowledge on things like costume pockets and where to put batteries of light booms into a skirt that actually has become useful in what I’m doing, so I got lucky.

What makes you confident?

Dancing. For me, that’s my happy place where I feel most comfortable. And I think that’s why I got into music in the first place, it wasn’t so much the music it was more the feeling that music gives me when I dance.