The Ice Cube Necklace: An interview with Del Water Gap

I was an ice cube necklace when I called you. I was dripping off the ledge of larks. There is a belief I have that one must try to be surprised, that one must long for it. I search like a junkie for poetics in life. Like an archaeologist does bones. Never willing to close all of my eyes, I stay half-awake in the dark waiting it out. A song came on and my heart chambers started to melt, it was the sound of this man’s voice, the words sounded like I already knew them from a strange book. There was that terribly overused but deeply valued concept of authenticity.

S. Holden Jaffe is Del Water Gap. I called him for a lesson or some kind of height. The first time I heard his song it was he and two girls in a split-screen doing a choreographed dance to his newly released track “Ode to a Conversation Stuck in Your Throat”. I was taken with the song and the seemingly spirited arrangement these three had made. It reminds you of having time. I knew they were transmitting separately as the world has been forced into separation however there was absolute cohesion. 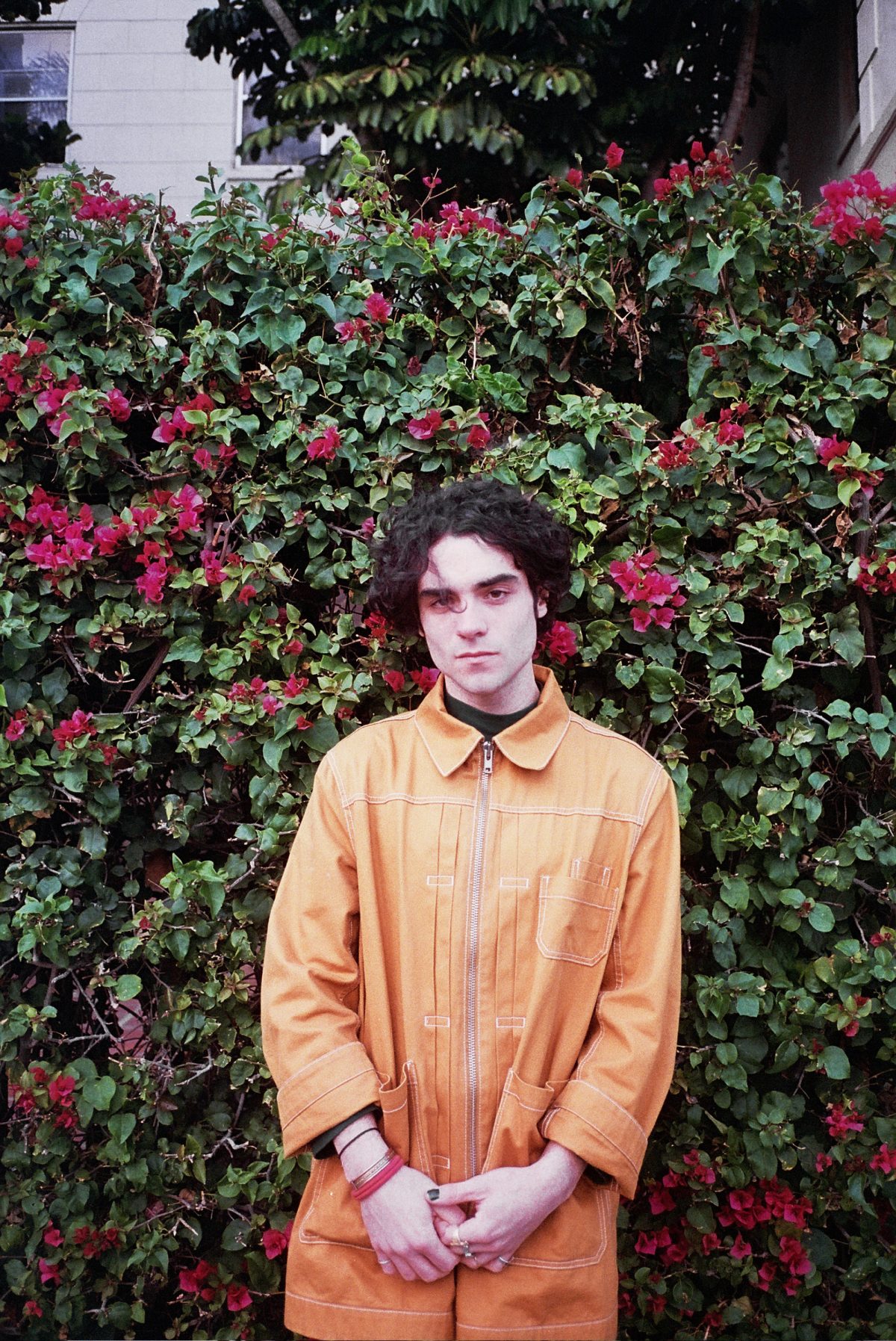 When I inquire, Holden recalls, “I didn’t know them at the time. My brother and I were watching an old DVD we found of The Wolf on Wall Street, and I wasn’t on my phone. It kept going off so; finally, I looked at it, and my friends told me to look at Instagram.” It turned out actresses Margaret Qualley and Kaitlyn Dever had heard his song, fallen for it, and made a dance routine to it in quarantine. Then they performed it together and posted it on Instagram. “I was really happy it had struck that emotion in someone. I messaged them and said, okay wait for my reply. I spent two days in my parent’s backyard learning the routine. It was really hard as I later learned Margaret was a professionally trained dancer. I just kept repeating it and sweating while my parents looked at me from the window like what is this. Finally, I got it and sent it to them. The next iteration was the three of us together in tandem on a split-screen. I loved it.”

He goes on to tell me that he started in music on his own, writing songs as a child. He eventually went to New York to study music and sound production. He then worked day jobs in production and made music after hours on his own. Fortunately for everyone, he was convinced to sing on stage with a friend and here we are. Holden has an instant draw in a kind of young Dylan way that’s a sincere charisma but you don’t hold on that long as his words and voice are the keeper. As a poet, I was intensely curious about his lyrics and was thrilled to find them posted on his website.

And sleep, I strip the sheets, because you’re more, yeah I smoke you clean

And dear, you naked thief, a bigger man would fucking leave

And I am still in love

Yeah I am still in love 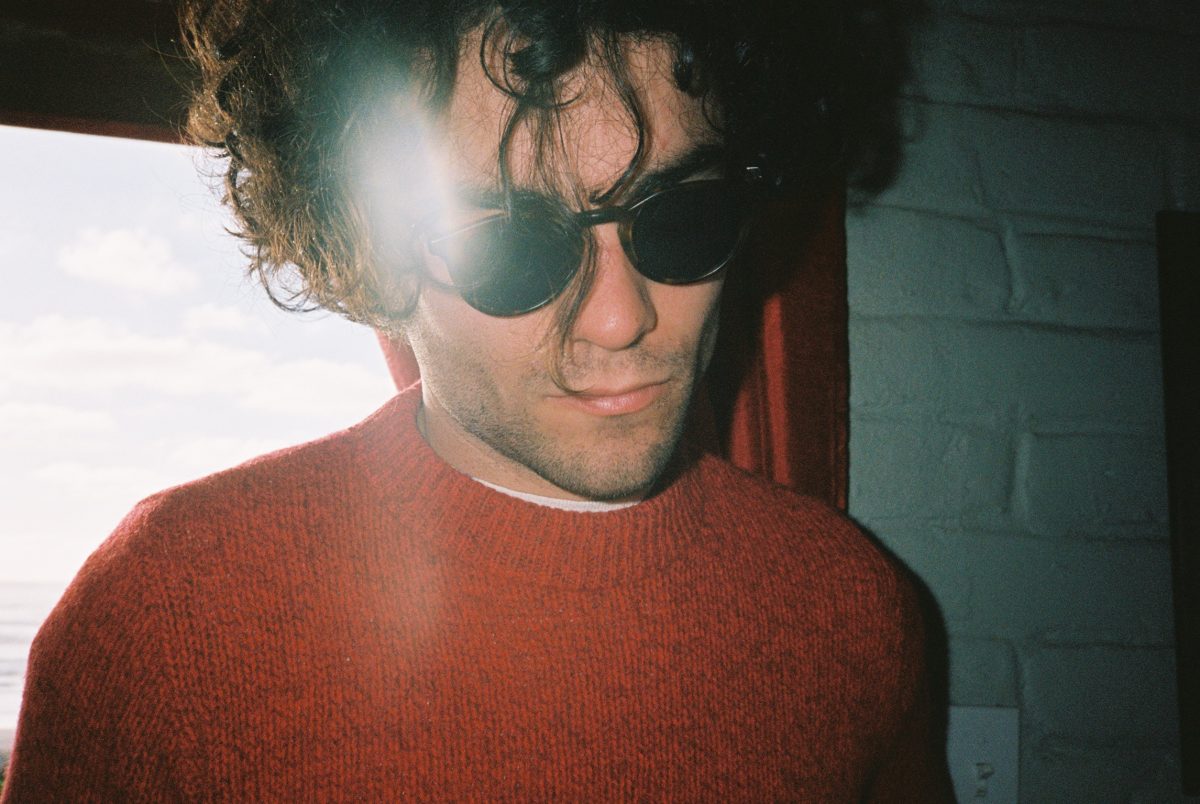 I asked him about New York as I lived there for a decade. We get lost in a conversation that would take place at a rock show. We list off cool indie venues and bands we saw that we loved. We talk about our mutual love of the early Strokes and he tells me, “Yeah, I definitely had a leather jacket at some point but then I landed on something that is basically myself.” We end this memory trip by me asking if he ever went to the strangely amazing shows in the basement of The Thompson Hotel. He laughs, “You mean where everyone faces away from the band!” I practically shriek with, “YES and like The Rapture is playing.” He ends with, “I was fortunate to be in New York at that precious time when being in a band meant something.”

I start to see why he writes love songs with such ease, he is utterly human and you can hear the passion for his music in his voice. I doubt he thinks very long about his image, though I think he spends vast amounts of time putting poetry to music. That is a rare find in this age of technology that has slightly disillusioned me. Holden has a way of making it seem positive. He acknowledges the value of technology in learning Pro Tools in high school in a closet recording studio. He prizes social media for connections to people and music.

He never complains of cancelled tours and disparate song releases in our current culture. I bring it up as it feels strange not to ask. He replies very clearly, “I can’t write about the space we are in as we are still in it. I don’t know what it is yet.” I feel a kindred spirit in the relief of knowing someone else is considering the role of creativity and how it lines up emotionally.

Holden has had a successful career to date and I have no pause in knowing he will contribute to music on a significant scale. It’s very clear he is a born original. As Radiohead comprehensively put it, “Anyone can play guitar”, but not everyone can make you cry when they play it. Not everyone can talk about a girl wearing high tops and drive you to deep empathy and simultaneous sameness. Love isn’t an easy subject to take on, it’s like agreeing to have a fever. It’s the heir apparent he wants to know the depths of it all. He wants to describe the looming despair and lovestruckness in equal amounts.

Now my neck is just a string with a trace of water. I melted. I knew I would when I called him.