Seeing Double: An Interview with The Garden 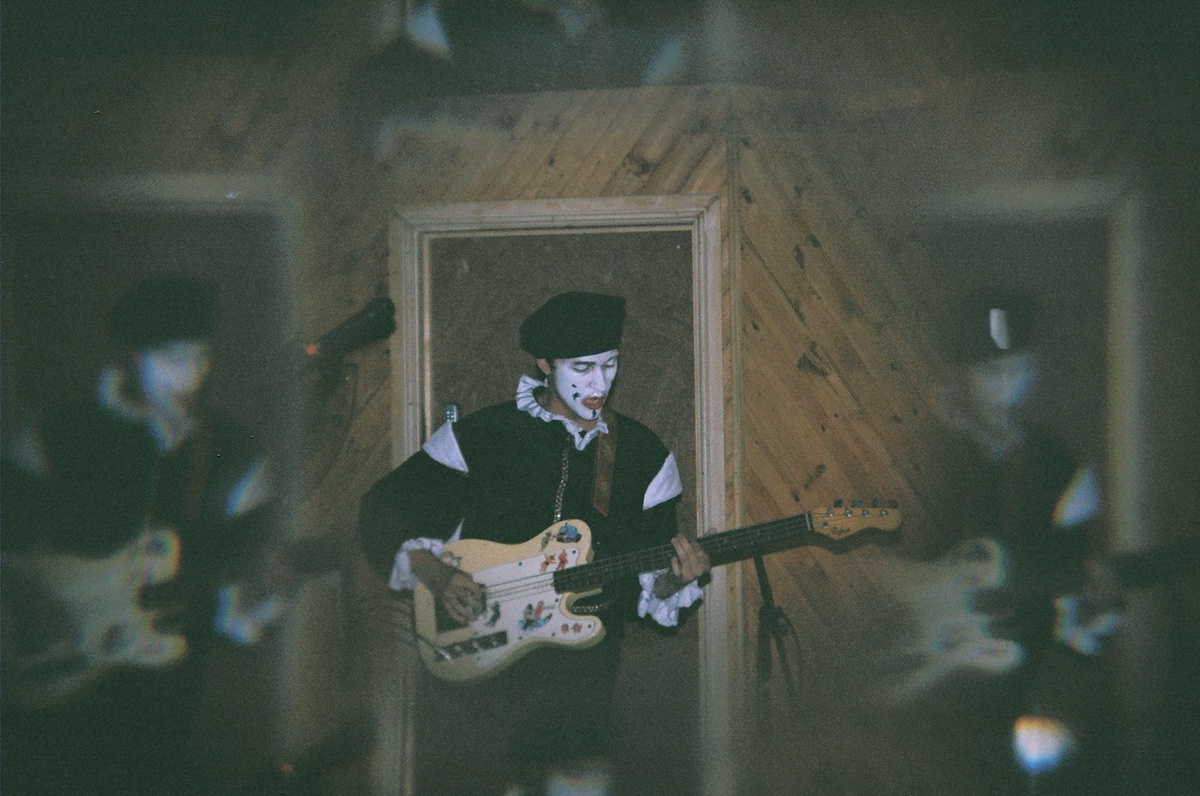 The Garden brothers jumped on a stage full of glitter at London’s Moth Club all dressed up as classic card characters. The show was wild, and their energy was fierce and infectious. I met Wyatt and his identical twin brother Fletcher just before their show, we played around in a photo booth and chatted music, hard times while growing up, and mysterious voices.

These California-born musicians are casting spells across the world, but they both also have solo projects, Enjoy (Wyatt) and Puzzle (Fletcher). “We do Puzzle and Enjoy alone and then we do The Garden together. The songs [we create] are about different things and cover topics that we typically would not cover in The Garden, about the relationships and stuff”, explains Wyatt. 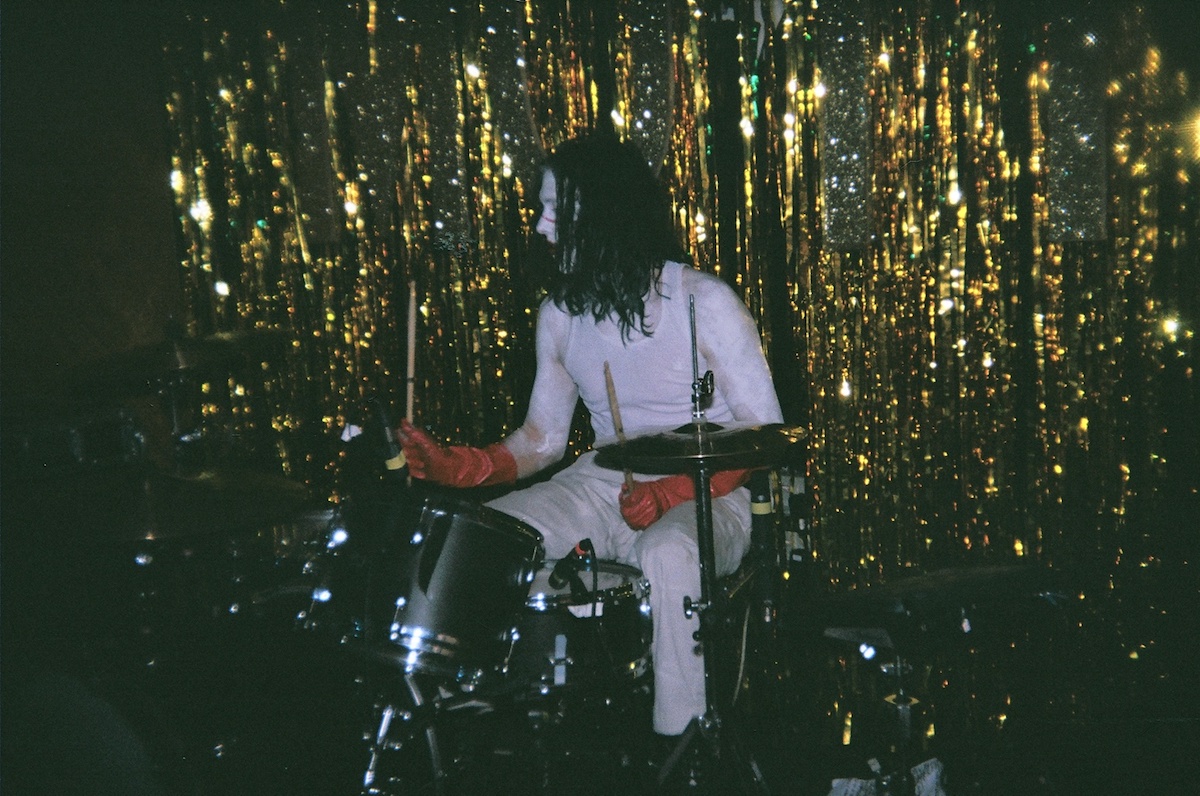 Can you please tell me about your first memory of music? I read that your dad played in a punk band. Has it influenced the music you play now?

Wyatt: He played in some punk bands. Maybe consciously, but it wasn’t like ‘My dad played in the band, and I wanna do it too’ – it just kind of like you grew up listening to music that’s around, and then you follow to whoever you wanna be.

Did growing up in California have any significant impact on you?

Wyatt: It depends on what part you live in. Up north, you get a lot of woods and trees, but it’s colder. Down south, it’s beachy, sunny and the water is pretty consistent. We live in the south of California, so growing out there I had pretty decent upbringing.

Fletcher: We had a normal childhood.

What inspired you two to become musicians?

Fletcher: I don’t think I was inspired necessarily, maybe a little bit more just doing something to do something. I can’t remember the original inspiration. I was just doing it for me personally. I mean, I would listen to punk bands in really early age, but other than that I don’t think we were like super inspired to become musicians.

Do you remember a favourite moment in your teens?

Fletcher: It was relatively restricting at times, just based on our young age.

Wyatt: It was hard to get things done for us in at a young age. We were always like fighting to do what we needed to do. We tried to get somewhere that we wanted to go. There was always something holding us back, so it’s like now we’re like we can do what we gotta do. 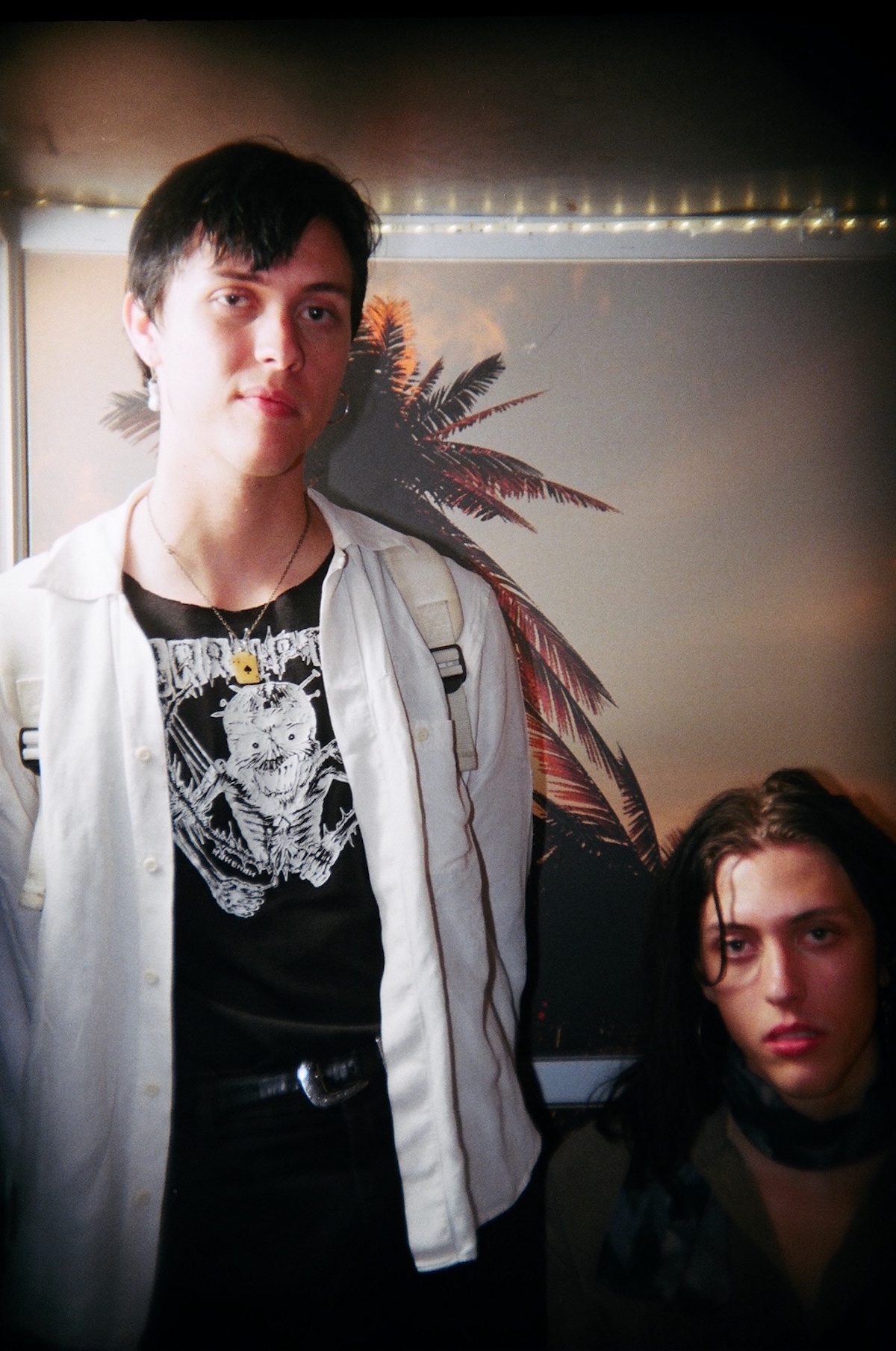 What’s it like to have a twin? More fun?

Wyatt: As far as growing up as a twin, you don’t know any difference because you’re a twin. I can’t put myself in other people shoes. For me, it’s completely normal. In the fashion industry, they like that you’re twins because it’s interesting, so does the music industry. It doesn’t really affect what we do personally. We don’t think about it.

I know you guys have been discovered by Hedi Slimane and did your first steps in fashion industry walking down Saint Laurent show. Do you consider this as a breakthrough moment?

Wyatt: Not necessarily. What that this for us was cool and put us in front of the audience, but also is into music, which is great! The time we had worked with this brand was good, but it’s over now. We continue to do what we do based on who we are and based on the connections we make. It was a good moment to have and walk the runway a couple of times, but we’ve done enough with the brand. We’ve moved on, and we’re now onto new things.

Fletcher: That came along sort of randomly.

You have been on tour for a while now. Do you enjoy coming back to Europe? What’s your favourite place to play?

Wyatt: Oh yeah, I do but it’s hard to say – there’s so many! There are definitely places I’d like to go.

Fletcher: There’s a venue in Germany, I always forget the name. It’s an old, Roman looking.

Fletcher: I like playing Denmark, Sweden, and Italy. I like playing all the countries because every country is a little different. Everywhere you see something you like specifically.

Fletcher: It’s maybe not like I don’t like it, but more like I don’t understand. There are places I don’t like in the US. Not that I have anything against those states, they just are not really that fun for me to play or travel to. They all start looking the same after a while, so I get bored of them. Don’t get us wrong; we’re fine everywhere. It doesn’t matter if one place has this amazing scene and one place doesn’t. It’s just you make your fun wherever you are.

What’s the wildest thing that happened so far?

Fletcher: It’s been a lot of things. I mean the tour itself is just kind of a weird thing in general, so when you kind of put it all together… I mean our performance is not necessarily mellow either. Usually, there’s some sort of chaos, whether is from us or the audience. It’s hard to say what the wildest weird moment would be because every tour is weird.

What’s the driving force behind the new single “Call This Number Now“?

Wyatt: I don’t think there was a driving force because when making a song we went with a sort of loose mindset. I just wanted to make something that just has this goofy, sleazy sound.

Do you like dressing up? Because you both look pretty theatrical at the shows and your videos.

If you could work with anyone, either alive or dead who would it be and why?

Wyatt: I like voices. I’m not really into working with another kind of musician, but voices would be good. Either Del the Funky Homosapien’s voice or there’s a guys voice in Jurassic V the rap group from the 90s. He has an excellent voice, a broadcaster kind of voice.

What’s the plan for the rest of the year?

Wyatt: The US tour and then another Europe tour, releasing a couple more singles and then eventually we will release a new album next year.

You can check out more from The Garden by listening to their Bandcamp or following them on Instagram.