A Layered Shimmer of Departures: An interview with Washed Out 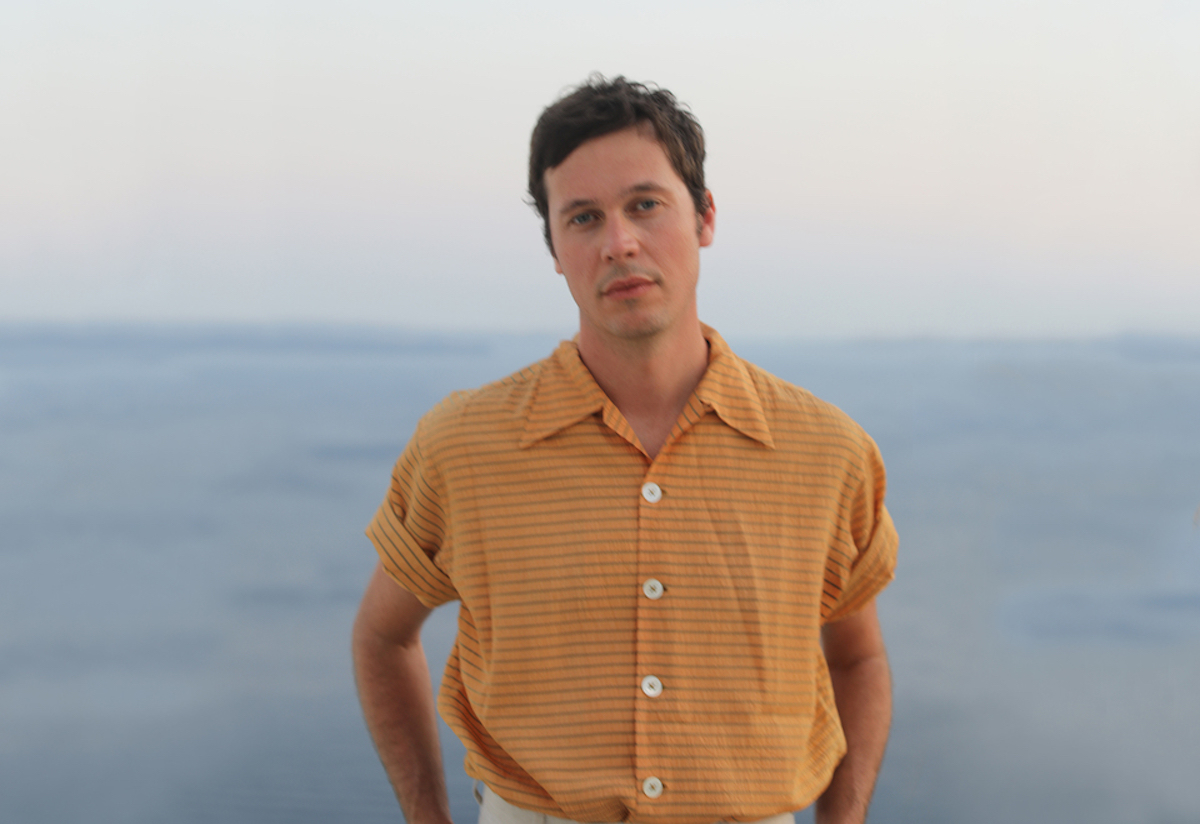 Loud in your headphones, Washed Out makes you feel like you are drifting through a sunset. Seamlessly, floating through hot pink to soft pink hues and melting down to a cool blue calm. The music has a profound effect on audiences, a truly experiential moment is had. Within and Without is one of my favourite albums that altered me when I heard it. It accessed an emotion of layers and fragments delivered in a dream form that blended effortlessly.

Ernest Weatherly Greene Jr. is the mind behind WO and has become a beacon of alluring sound. He and his contemporaries have all been faced with cancelled shows due to our current unforeseen circumstances. He has answered this call with the expected grace of live DJ sets on Instagram and new singles. With the release of a fresh track, “Time To Walk Away”, I asked him about the state of now and WO’s storied history. He gives beautiful insight into his process, inspiration and music as a whole that feels relevant and soothing simultaneously like a WO track in its wave of ambient spirit.

Brit Parks: We find ourselves in the midst of world chaos. I know you had an epic new video planned in Italy and when it was cancelled you sourced footage from your fans. That strikes me as a very automatic ‘community’ response. Can you talk about that reaction on your part or perhaps the larger community aspect as you see it coming through right now.

Washed Out: I was obviously really disappointed after the original video fell through as we had been developing it for a couple of months. I wasn’t sure what the fan response would be to the alternate video since I hadn’t released new music for almost 2 years. I was pleasantly surprised by how much people contributed to the project. I think it has a lot to do with modern technology;  almost everyone has a camera with them at all times.  And I think sunsets are obviously very special moments as they have a way of making you slow down and really soak in the experience. WO’s music has always fit nicely in that “heightened emotional state” that tends to happen during these beautiful moments. I think a lot of fans had already made that connection themselves.

I think a potential upside to the post-COVID-19 landscape is that both artists and fans are realizing the power of online engagement and free-flowing collaboration. I’ve certainly been inspired and I’m sure I’ll continue to reach out to fans in future projects.

I have been listening to your music since Within and Without which has taken a terrifying amount of spins on my turntable. At the time, and as it still does, it felt like an era-defining record. I know my friend in Battles asked you to play an ATP show at that time. What dynamic do you think came together for you when you made that album.

It was quite a daunting process because it was the first material I was writing as a “known artist.” I knew that expectations would be really high so I was constantly second-guessing what I was doing.

Being a fierce book junkie, I was fascinated to read you went to school to become a librarian. Was music something constantly in the background of your life? I know you began in your bedroom recording, which has become a very modern start for a lot of musicians. The democracy of that is really beautiful and also has given way to a lot of very personal and intimate material. Is that how it has played out for you, a kind of freedom of thought that may not have been possible in other circumstances?

Yeah, I was doing bedroom style recording for years as a hobby. First during college, and then during a short stint as a librarian (pre-Washed Out.)

I think if I had been trying to do music seriously, as in promoting myself or doing gigs, the songs would have come out very differently. I was only writing for myself and because of that, there is a purity in the material that ended up making it feel really unique.

I still work in a very similar way. My current studio is in a converted bedroom and I don’t really use that much more gear than I did back then. I just really appreciate the freedom of experimentation that comes along with working alone in a low-stakes environment (like outside of a traditional, more expensive studio…)

As you have evolved, can you talk about how each album comes together? For example, in writing the lyrics or designing the sounds is that based on one concept. Or do you start working and the concept forms as you work?

Normally I’ll be touring for 1-2 years after an album comes out and during that period I naturally start listening to new music. I become inspired by other things I might experience like books or films. Also, taking a break from writing means that when I come back to it I’m in a completely different headspace so I just tend to try to let that growth happen naturally. Each album is different but it normally starts with figuring out a sonic palette that works with the music side of things. Then lyrical themes start to happen as the music begins to take shape. 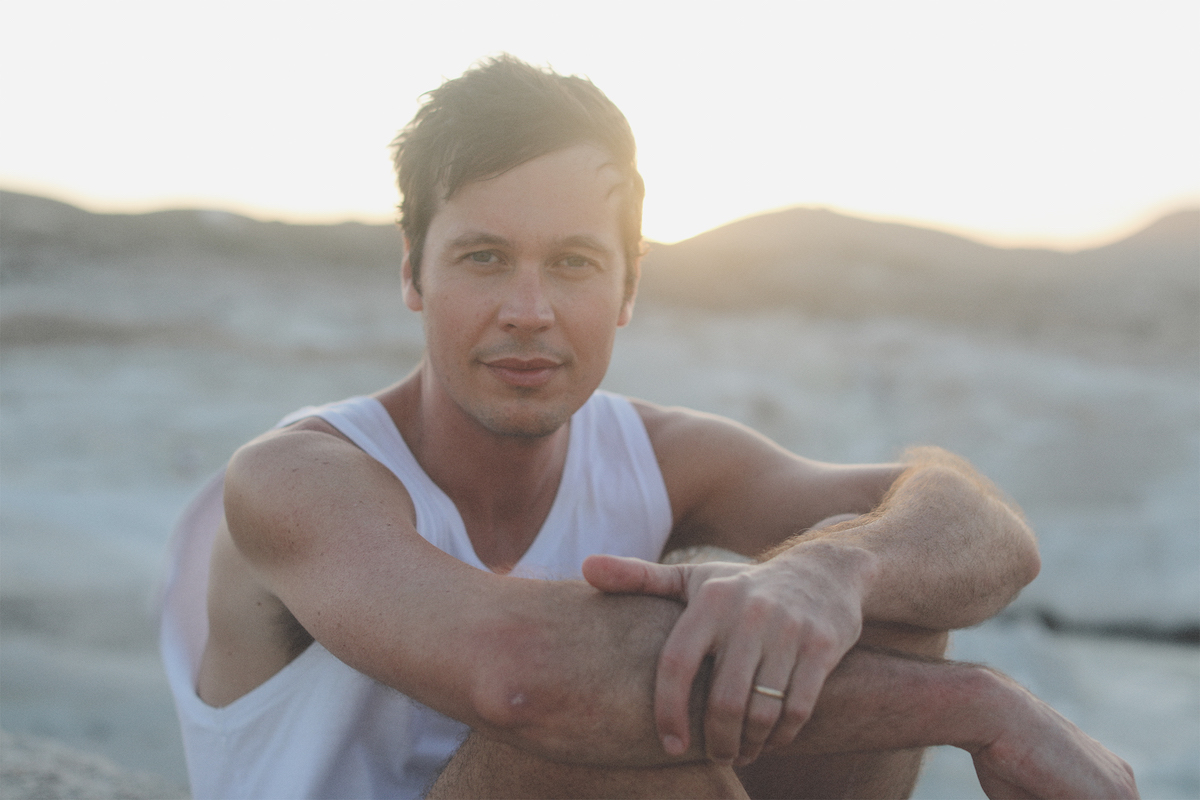 In the current situation, I think the arts, in general, have been a major survival tool for people. They always have been, of course, but they seem to have taken on an even more elevated place. How do you hear your own work and others work differently at the moment?

I think I’ve always used music as an escape but I’ve never done it as consciously as I have the last few months. I use music very strategically as a distraction or even as a more new-age spiritual cleanse. I’ve been listening to ambient music again and it’s the closest thing to meditation that I’ve ever been able to experience.

I read you find inspiration in a lot of places, in particular, you mentioned photography. Can you talk about how other people’s work and influence functions for you historically and currently?

I try to remain open to influence and allow various things to seep into my daily life. Lately, photography has been a main focus and it mainly comes about through Instagram. I spend a lot of time working on moodboards and researching various artists and those ideas slowly start making their way into my writing. I would argue that the visual side of things is equally important to any musical inspiration that is part of the process. Now, I have a clear visual picture in my head of a “scene” that I’m scoring with most songs that I’m working on. And that atmosphere leads the way with all of the various aesthetic decisions about sounds or lyrics.

Do you feel like music has been a compulsion for you? It feels like with such a prolific amount of work there must be a kind of constant drive at it.

I just feel compelled to make things and be creative. And I think I’d get very depressed if I didn’t have that outlet. The fun thing about the WO experience is that I can flip-flop between all of these different roles from day-to-day. Some days I’m working on photographing an album cover. Other days it’s designing tour merch. It feels nice shifting focus around but still being productive and creative.

Today, Washed Out announced his new album, Purple Noon, which is set to release on August 7th, via SubPop.

Watch the new video for his track, “Time To Walk Away” below.