Reflections: An interview with Higher Brothers

88Rising’s Higher Brothers are rapidly becoming, to quote one of the group’s members KnowKnow, “richer than Rich The Kid.” Fixation with individuality echoed through witty lyrics, and loud promotion of Chinese pride have become their staples, transcending culturally nuanced rap style across the seas. Claiming their own territory within hip-hop, fashion and youth culture, Higher Brothers fully encapsulate the authentic flavour of their generation.

In this exclusive interview, we chat with Higher Brothers individually to learn about each of their solo ventures and what the future holds. 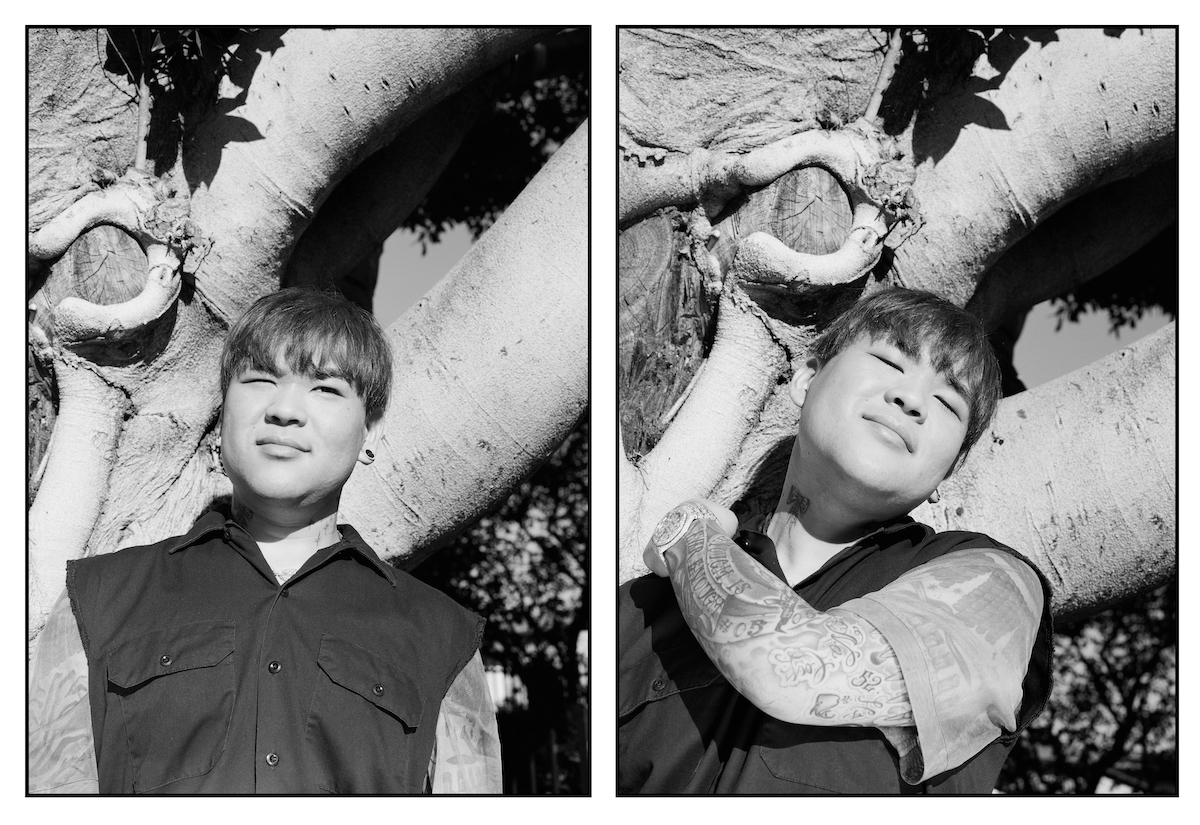 KnowKnow had less than 2000RMB when he first came to Chengdu, Sichuan, the birthplace of Higher Brothers. “I couldn’t afford good clothes. I didn’t have money to eat anything but rice.” He started selling insurance after graduating from a community college and would make music late at night after work. Not having the extra cash needed for post-production, he released the songs as they were, shocked when he got good feedback straight away. Soon after, he met his brothers, Psy.P, Melo and Masiwei, chatting on WeChat.

“It was all fate,” asserts Psy.P, and instant love for hip-hop, that brought the rappers together, naming themselves Higher Brothers after the iconic Haier air conditioner that was cooling the studio they were writing their first song in.

“We made it the name of our very first song and just stuck with it,” says Masiwei.

All four rappers are fast to admit that hip-hop, once just an underground subculture, is now their life – an attitude and a religion, that keeps them motivated and proactive. Their boyhoods were influenced by artists that are now on their wishlist to work with, J. Cole and Drake for Melo, Kendrick Lamar and A$AP Rocky for Psy.P and KnowKnow. 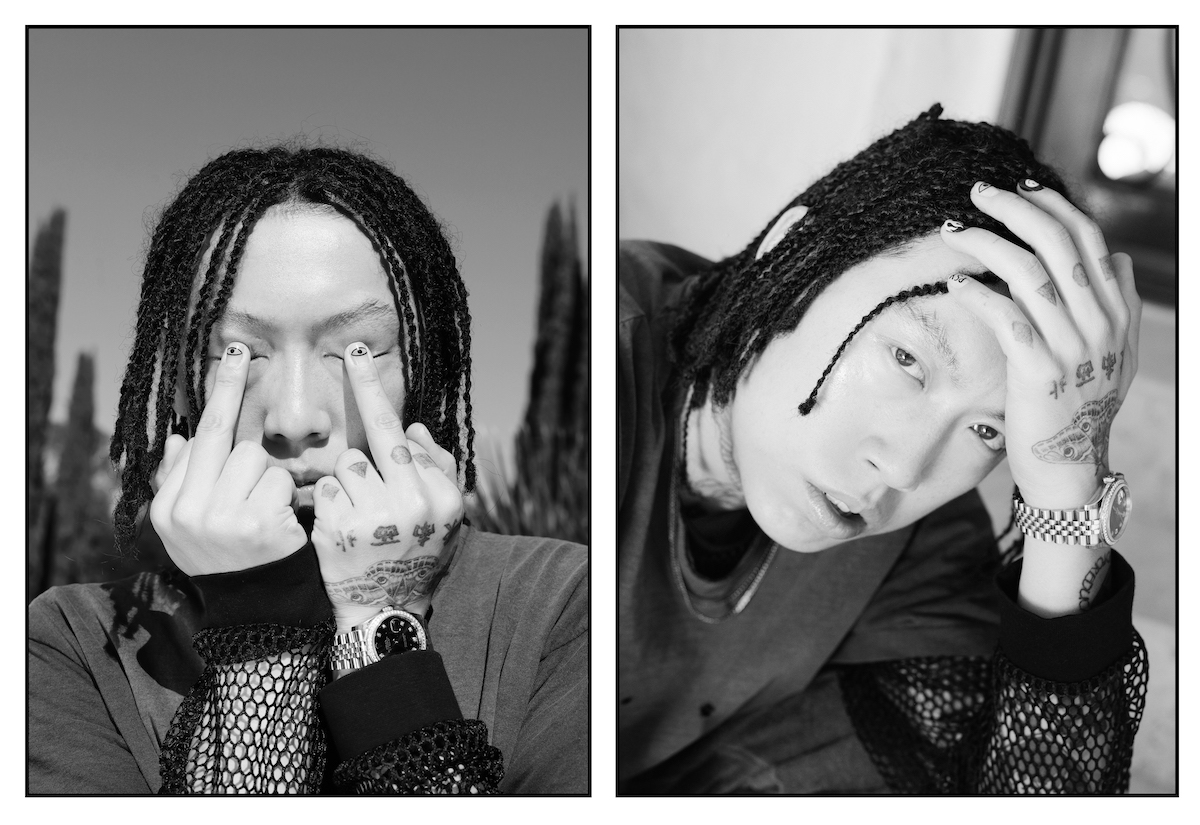 “Black Eyed Peas’ Funky Elephant, 50 Cent’s Massacre, Soulja Boy’s iSouljaBoyTellem, and Juelz Santana’s From Me To U, were everything to me. These records really inspired my own taste and musical standard,” adds Masiwei.

It will be five years since they started in that tiny studio in Chengdu. The momentum they’ve built since has provided a huge audience online, an international record deal, their first studio album Black Cab, and an epic first North American tour that treated them like rock stars, with fans fainting [literally] left and right. Falling in love with new cities, experiencing new energies, and absorbing new cultures, was beautifully “eye-opening.”

Perhaps the sweetest highlight of all was collaborating with their ultimate hero Snoop Dog on Netflix’s Wu Assassins series. The narrative and imagery in the series feature numerous elements that resonate with Chinese culture, making the lyrics of “Friends & Foes” feel particularly meaningful and vivid. [Working with Snoop] “was the best feeling ever, a childhood dream come true, we fucking love him.”

Their parents, who had hoped their boys would become lawyers or accountants, and were initially averse to their choice of career, are now fans of Higher Brothers, too. They’re proud and happy, as long as the journey is enjoyable for their sons.

When it comes to writing their music, the process is fully spontaneous. Freestyling, and finding the right melodies in the moment has been their recipe.

Charming and cool, Higher Brothers create a sound that is unlike anything that the Chinese rappers who came before them have ever produced. Authentically infusing local culture into their lyrics and soundscapes, they are truly a distinctive new voice in the music industry.

“I grew up speaking the Sichuan dialect, which is quite similar to English, in terms of intonation, sound and rhythm. This may be why our songs attract so many foreign fans, it’s familiar, yet totally unique,” expands Psy.P.

The biggest challenge so far has been the language barrier [and government censorship], but the Brothers are continuing to produce what feels real and natural to them, testing the boundaries of what’s deemed appropriate.

Aside from being currently obsessed with League of Legends (Melo), learning about things that cannot be explained by science (Psy.P), and food and business management (KnowKnow), the Brothers are gearing up to release their solo projects in 2020.

Masiwei wears all of his own clothing

KnowKnow’s album Mr. Enjoy Da Money is out now, and its main focus is to promote positivity to his listeners. Spitting with enthusiasm about earning money, working hard and staying motivated, it also explores him coming to terms with his meteoric rise. “If I’m fast enough, loneliness can’t catch up with me,” he confesses in his newest single “Mr.Bentley.” KnowKnow aspires for his music to become a luxury product, “I’d love to create a phenomenon where a song goes viral without being released yet.”

Higher Brothers are supremely proud that the world now knows about Chinese rap. Ups and downs of this year pushed all four rappers to come of age and realise that they are real adults now. Their childhood dreams may have already been achieved, but there are new challenges, lessons and rewards to come.

Follow Higher Brothers through their Instagram and Spotify page as well as their respective solo profiles to stay up-to-date with their current releases and upcoming projects.