A New Normal: An interview with Dream Wife 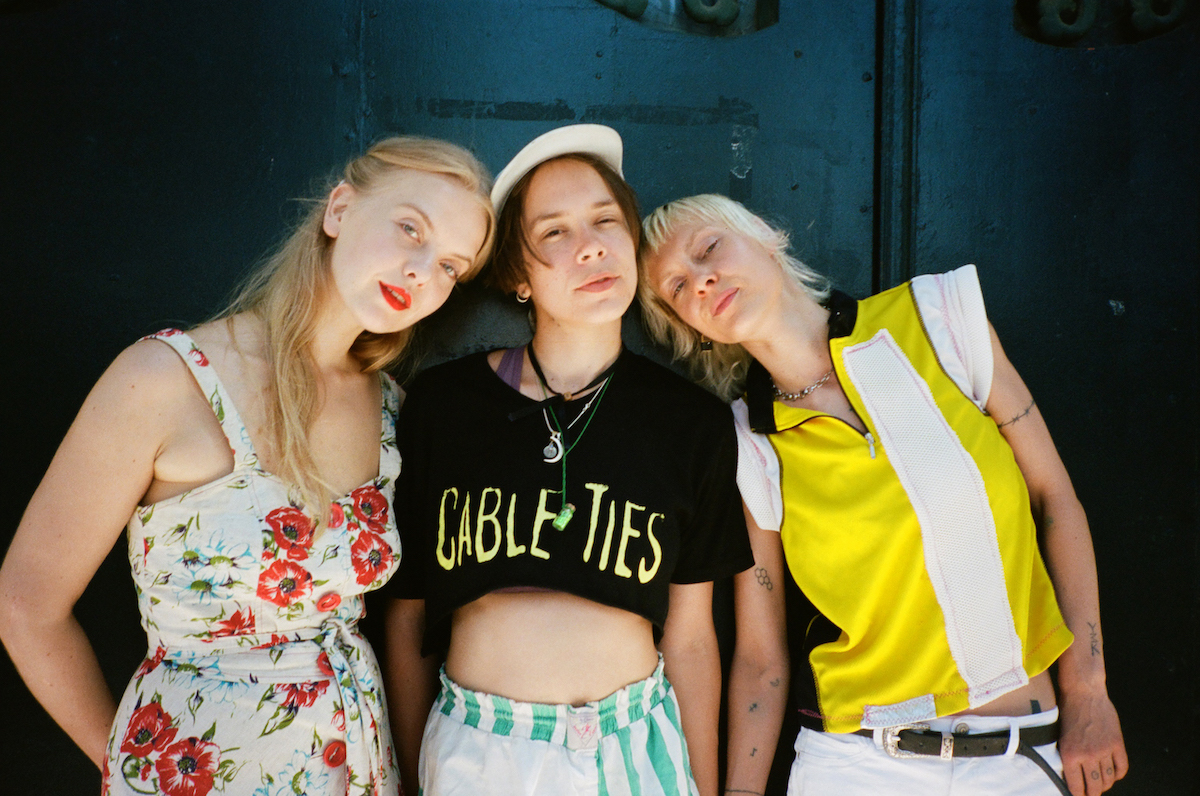 Over 220,000 attendees enjoyed the 19th edition of the Spanish festival, Primavera. A festival that will go down in history as the first to achieve the “new normal”, a commitment to a gender-equal lineup. If we want to see the artists that have made the best Music of 2018, it seems natural to celebrate all the amazing women who’ve been part of it. This year 50/50 gender equal line-up is a reflection of today exiting music scene and of the artists challenging people’s expectations of what women can be and achieve. We’ve seen powerful shows led by women in all music genres over the week, being Rosalía, Christine & The Queens, Solange, Miley Cyrus, Amyl & the Sniffers, Dream Wife or Lizzo, to name a few…

On this occasion, we’ve met with our favourite UK’s up and coming band, Dream Wife. A band we’ve been waiting for since the end of the Riott Grrl movement and which has been preaching sisterhood and empowerment since they’ve started five years ago. We quickly caught up with the trio after their set. 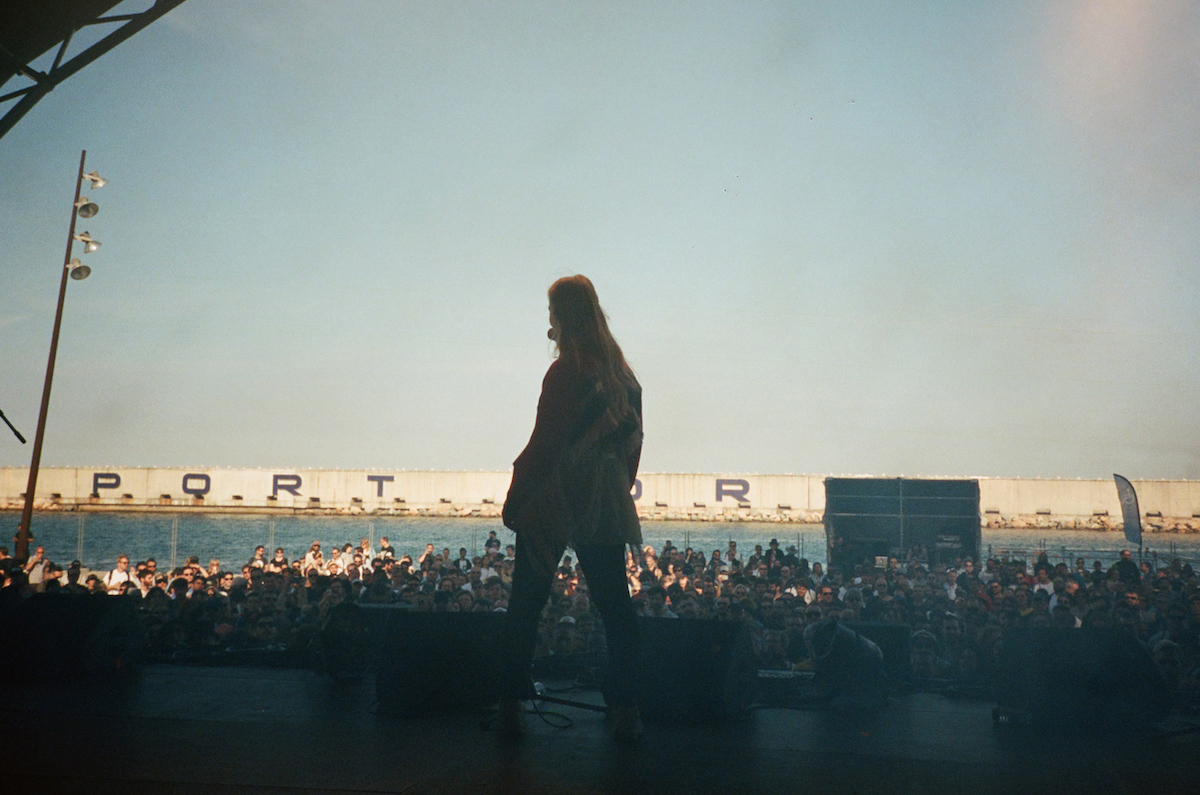 Gaelle Beri: What is your idea of the new normal?

Dream Wife: To not segregate and isolate music created by womxn from music made by men is a progressive attitude in a way of normalising these artists rather than putting them on a pedestal. To normalise womxn in different roles or traditionally male roles not just in the music industry but across the board of walks of life is crucial in the fight for equality and to shift attitudes of both men and women, pushing what everyone can be.

Who did you watch at the Festival?

We all have a sweet spot for Carly Rae Jepsen, to watch her perform “Call Me Maybe” felt like an iconic moment and so great to see a pop act totally rock it on the festival stage. Janelle Monae is a legend in her own right and a powerful force in music right now, those moves! Christine and the Queens and FKA Twigs really bought it to the table too with their high calibre live shows and unique vibes. Also Princess Nokia and Sigrid. Just across the board so many incredible womxn artists, it was so inspiring to see this as a norm rather than an over-sensationalised statement for a festival to make. Long live ‘the new normal’. Primavera did it right.

Can you talk about your Bad Bitch Club and its empowerment message?

The Bad Bitch Club started out as a collaborative photography project with our pal, the sensational hype-photographer Meg Lavender. We’ve worked with Meg in loads of different ways over the years from shoots to events, she is even responsible for Bella and Rakel moving in together! We took her on an early tour and she instinctively started taking portraits of the community coming down to the shows. Meg’s superpower is making anyone feel super badass and empowered and she would seek out womxn, queers, and anyone a little fringe and PUMP THEM UP and then get everyone dancing at the front. I guess the Bad Bitch Club is still this ever-growing collection of portraits but is also symbolic of supporting each other, supporting those on the edges and PUMPING EVERYONE UP.

People started connecting it to the Riot Grrrl revolution of the ’90s, were you familiar with them?

Oh yes, we are familiar – and we love – but people are very quick to draw comparisons with us and Riot Grrl. Yes, there are a lot of parallels, and we probably wouldn’t be able to do this if they hadn’t done that, but it’s a very different time now and we are not a pure continuation of that narrative.

You’ve created a platform for women and nonbinary people to express themselves and to be represented and open for your tours, could you talk about this?

For our last headline tour with did an open call for acts fronted by/majority womxn or nonbinary people in the UK, Europe and the States. The concept that these acts are not getting booked because of a lack of talent or existence is bullshit and obviously they exist. We got nearly 500 responses in under a week… these people are making music. It was one of the best things about touring to meet all these bands and powerful people and share stories and learn about what it means to make music in the cities we visited.

In “FUU”, you call the bad bitches to come to the front. Can you talk about that and how you want the crowd to be part of the performance?

A rock show is an energy exchange between the band and the audience. The more the audience is involved in the show, the more we all transcend. The more people that get to feel comfortable and safe at the front of a rock show the better, especially people that don’t normally get to exist in those spaces. It’s always towards the end of the set. If you are a tall bloke and you waited to be at the front, yes you deserve to be here and you can watch most of the set from here,  but towards the end, you will have to move aside. This space has been for you always. It’s good to change the waters, let the bitches take their space.

You’ve performed new songs live at Primavera, how will the new work compare to the previous album?

What has been the writing/inspiration process for those new songs?

Touring a lot and playing a fuck load of shows and then stopping touring and getting to be with people you love and making things and all the ways to be and all the ways to relate. I don’t know – about being alive? With the new album, we are getting playful and building on the sonic body of work we created in the first album, aiming to work into that rock sound further intersecting that with our love for pop music, more to come soon. Expect to dance, hard.

You’ve met while studying art, could we be seeing you developing further visually?

We are getting very excited thinking about how this is all going to manifest. We love the visual – a band is a platform that could be anything and we intend to explore that as thoroughly as we can. Right now it’s mostly about making/customising our own stage clothes.

Do you collaborate with other people creatively or anyone you would like to work with visually or musically?

Collaboration is key to the Dream Wife mindset. Honestly mostly excited to create with our fave wonder boy Aidan Zamiri, he did the music videos for “Kids”, “FUU” and “Let’s Make Out”. Aidan is hilarious and understands people.