The Hero’s Journey Home: An interview with Rhye 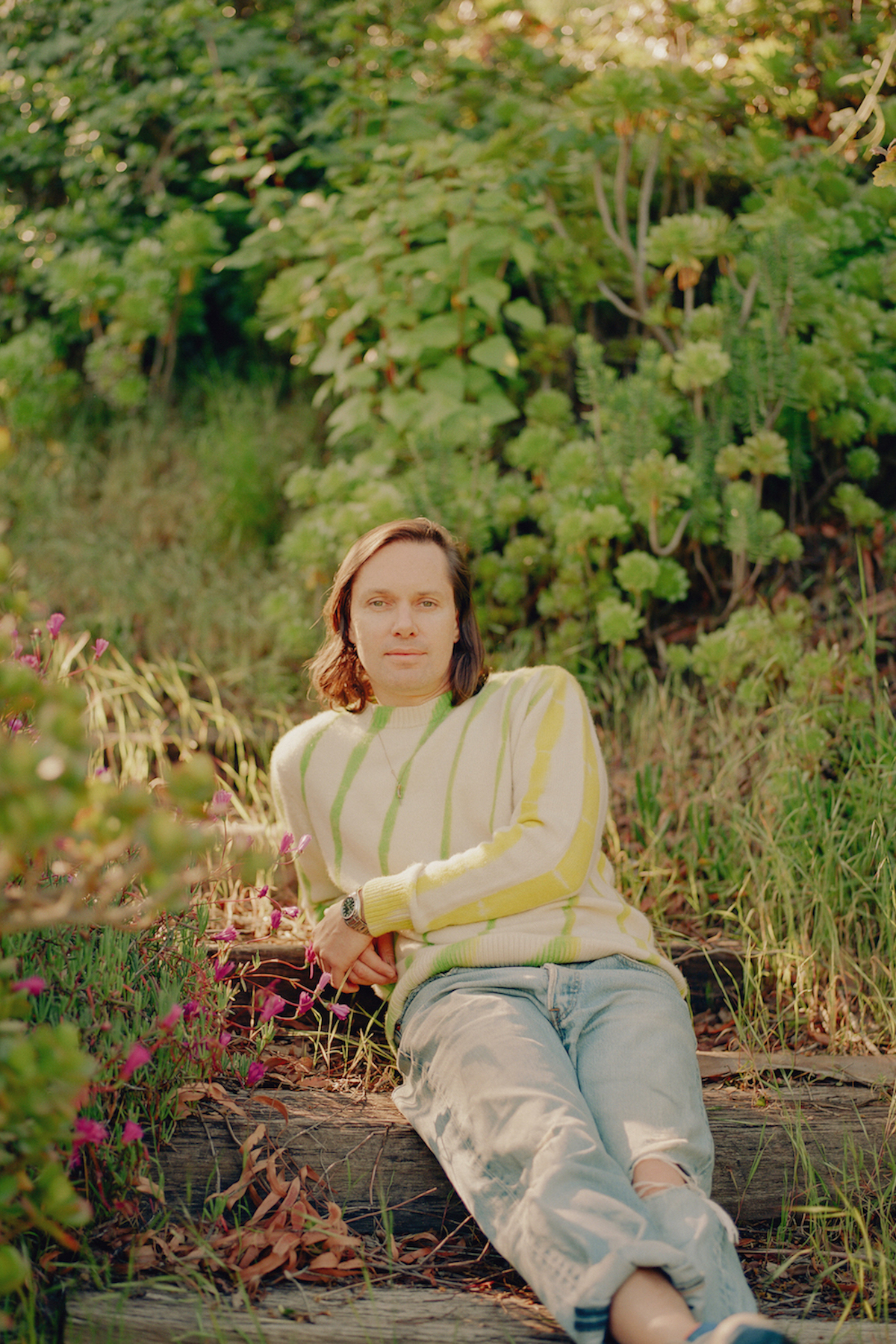 Tales of Greek mythology can be quite predictable in format, according to writer Joseph Campbell. They often feature a strapping protagonist, embarking on a “hero’s journey” into unknown territories, proceeding through a prescribed set of steps along the way: first, refusing their call as a hero, then meeting their mentor who provides them with sage wisdom. Eventually, the protagonist accepts their call and crosses the threshold into the most rewarding (and trying) part of their journey. Cited as one of the most widespread storytelling tropes in history, the “hero’s journey” arc is a common cycle that begs an eternal question: is life predestined or self-determined?

In many cases, these stories, Greek mythology or otherwise, assert that even if we try to run away from our fate, we will still run into it in the end. For Rhye’s Michael Milosh, his personal journey has led him to the release of his latest album Home, a collection of 13 songs, written, produced and inspired by his new house in Topanga Canyon though he rejected the notion of ‘home’ for nearly twenty years.

“I wasn’t really seriously looking for a place,” he admits. Instead, going to view the house was more of a way to give his girlfriend’s father some space after he had surgery. “They had him on steroids,” he laughs, “which you know makes men go crazy.” So the artist decided to just take a look at the property, in the off-chance that it was striking enough to make him abandon the semi-nomadic lifestyle he was used to. It suited him nicely for the past twenty years, decamping in Germany, Canada, Thailand, and the US at different points in time. Between demanding tour schedules, collaborating with other artists and visiting his parents in Canada, where he grew up, it did not make sense to him to agree to a thirty-year mortgage, especially not in LA. 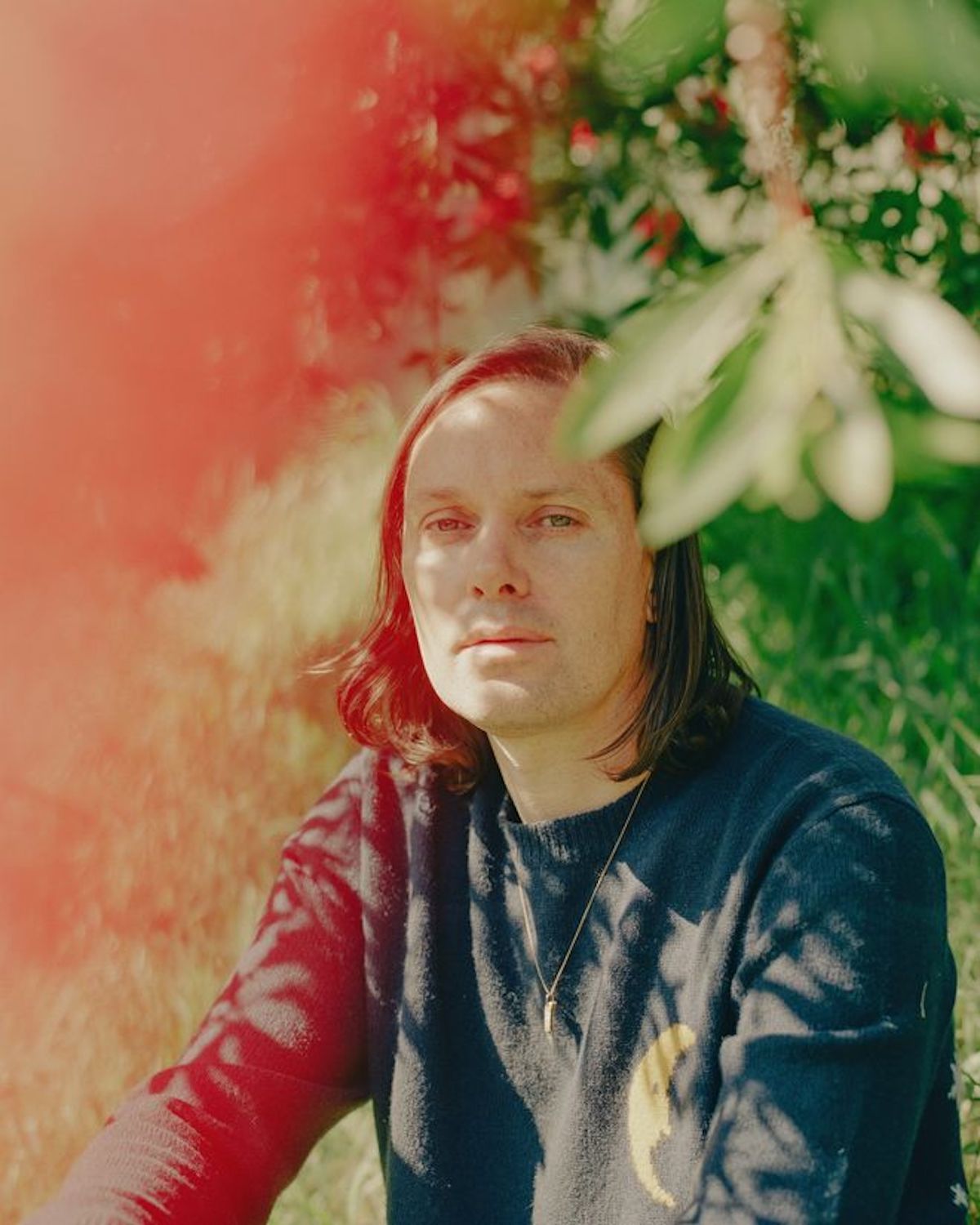 “For a time, I even was looking at buying farmland in Canada,” he shrugs, but Topanga seemed like a good compromise for him and his girlfriend, Genevieve, who did not want to live through harsh northern winters. It is about as tranquil and isolated as one can find for the Los Angeles area, plus, this spot is on more than an acre of land. As they drove up to the property, the couple passed an older, mystical woman with a Mona Lisa smile and an all-knowing look that felt reminiscent of a Greek oracle. “Apparently she was the property owner, and she did this big ritual ceremony the day before we got there to try to call in the rightful next owners,” he explains.

Within a matter of hours, the once-wanderer placed a bid on the Topanga Canyon house. To him, it just felt right. Though the offer was considerably lower than other interested buyers, the woman granted him the house anyway, citing that the couple was a perfect, spiritual fit. “It had a history of being owned by creatives,” he says, “she had it on the market for about two years, waiting on the right owner to carry on the legacy.” As Joseph Campbell would have put it, Milosh had refused the call of home for years until a wise mentor beckoned him to accept his call, and now, he was crossing the threshold into the most crucial part of his journey: the making of Rhye’s fourth record Home.

The mythology and sanctity of his new Topanga Canyon residence bleeds into the new project. Beginning with “Intro,” an all-female choral arrangement with Gregorian suspensions, the record exists in an other-worldly place from the start, free from the confines of time and genre. Indeed, Milosh amalgamates contrasting genres and musical eras into a brand new sound on Home, combining the warmth of funk and 80s-era disco with the coolness of religious music. It is delicate enough for passive coffee shop listening but grooving enough to involuntarily tap your feet to. In its yin and yang, Rhye’s latest album feels humble but triumphant, a fitting project from a protagonist who is at the peak of his journey and finally feels at home.

As we discuss his latest record over Zoom, Michael Milosh gasps suddenly. “Wait, you have to see this sunset,” he says as he turns the laptop around, shakily aiming it at the window of his Topanga Canyon home. A swirl of pinks and oranges with a hot red sun descending the horizon, the sunset is especially beautiful from his vantage point. Turning the camera back around, he grins, “we get to see the whole arc of the sun from here. I don’t just see the sun for two hours, I see it from dawn to dusk.” 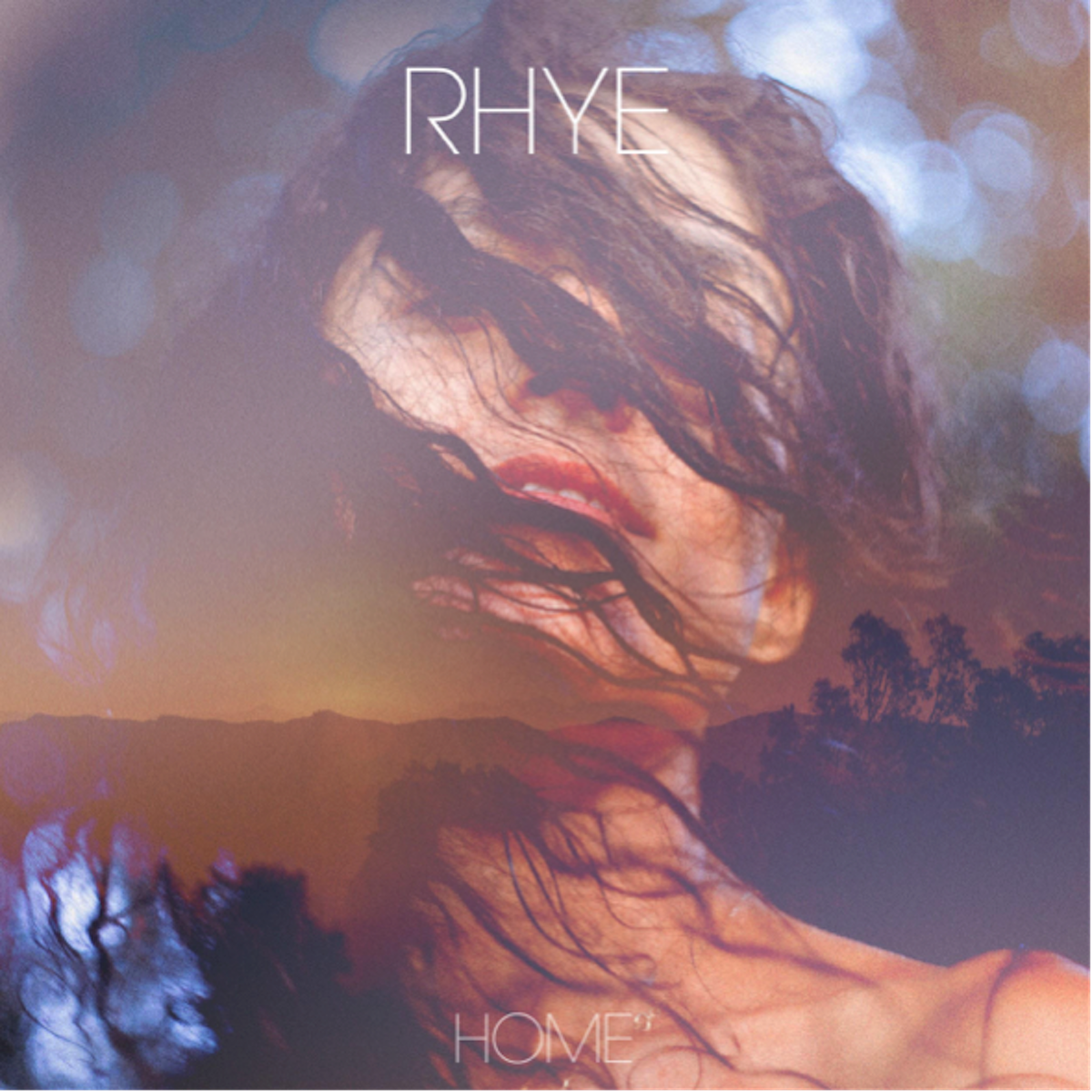 The cover art for the new project was inspired by the sun and its cycle. Pre-destined to rise and fall each day, its beautiful regularity can be seen from where he is sitting during our Zoom call, looking out the wide windows of his home. Though upon first inspection, the cover design seems congruent enough with his other three albums, featuring an artfully-shot woman in vaguely sensual positions, the artwork for Home is something far more special to the songwriter. An amateur photographer and videographer since his childhood, growing up with a darkroom in his father’s house, Rhye learned to layer images and experiment with film, and he used these techniques on Home, laying photos he had taken of the sun from “four in the morning all the way until ten at night” atop a portrait of Genevieve as she stood up in the property’s outdoor bathtub. “I was just taking pictures of her. It was sunset at the time. It just weirdly felt like it was supposed to be the cover,” he says. “Plus, I wanted to incorporate our home into the artwork.” 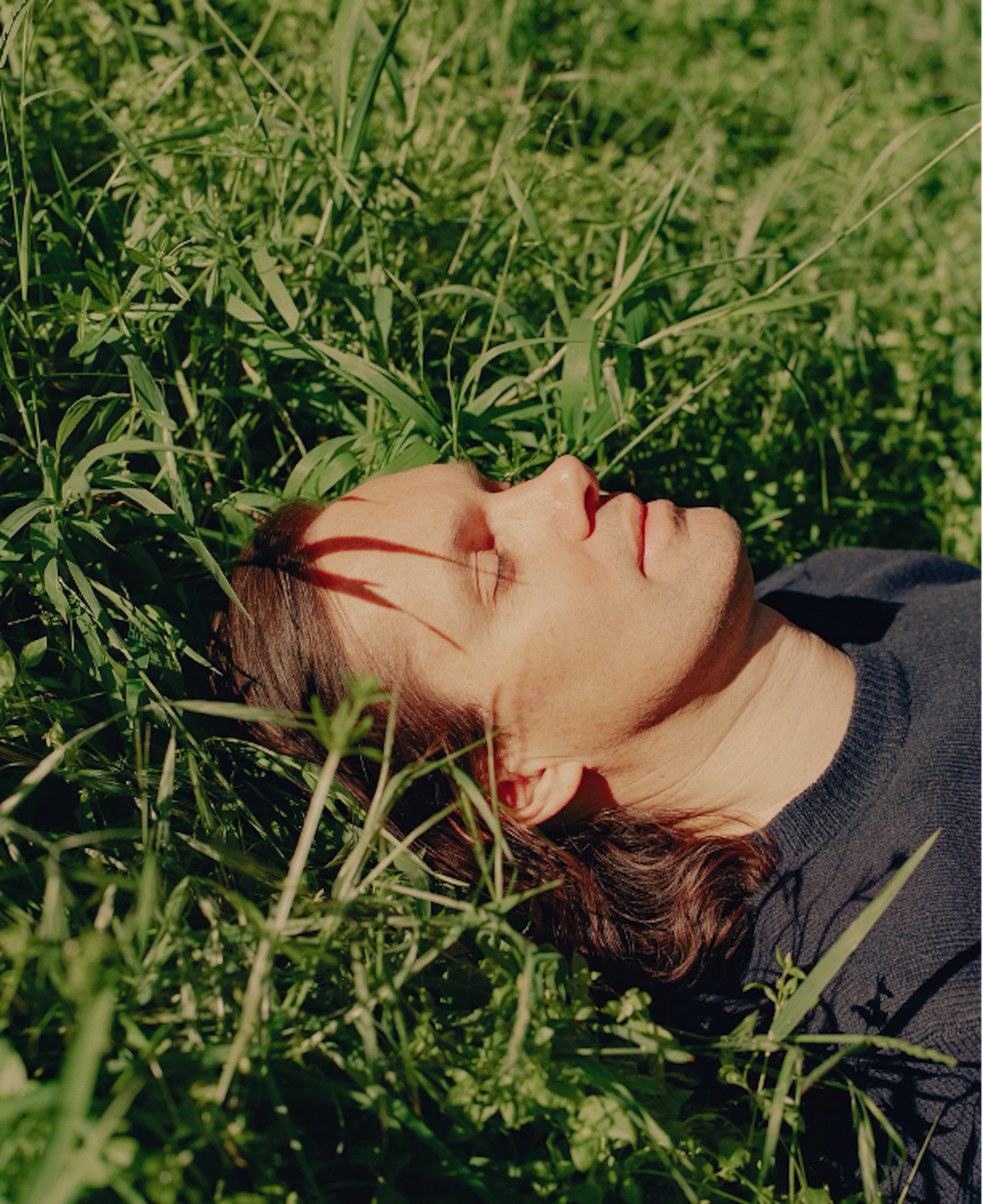 The project’s name was also an instinctual decision for him. “I knew this record would be called Home before I even started writing it,” notes Milosh. Though the title of ‘home’ is far from original and could even be considered banal, calling to mind hokey early 2010s folk-pop a la American Idol star Phillip Phillips or Edward Sharpe & the Magnetic Zeros, Home actually feels appropriate and necessary in this case. To this record, Home is not just the place it was recorded or even the inspiration for its cover art. Home is a new stage in his life and a reason to sing. It is a sonic benchmark in his journey. For someone who has avoided the call to make any one place home for most of his adult life, this record has been his eventual destiny for twenty years.

“I always liked the idea of having to fulfil your destiny,” Milosh explains. “I don’t think it just happens. Yeah, we all have one, but you can’t just sit back and have it all come to you.” With a record as essential as Home, its existence is steeped in the actions he took along the way. Though it may have been his destiny to write such a record, it also happened by no accident. A result of instinctive decision making and years of honing his skills as an artist, Home is his greatest triumph to date. A reward in his hero’s journey now that he has finally found ‘home.’ “When I saw this place, I had this deep feeling in my body that this needed to be my home,” he tells. “I’m so glad I acted on it.”

Listen to Home in its entirety below and stay up-to-date with Rhye via Instagram and his website.