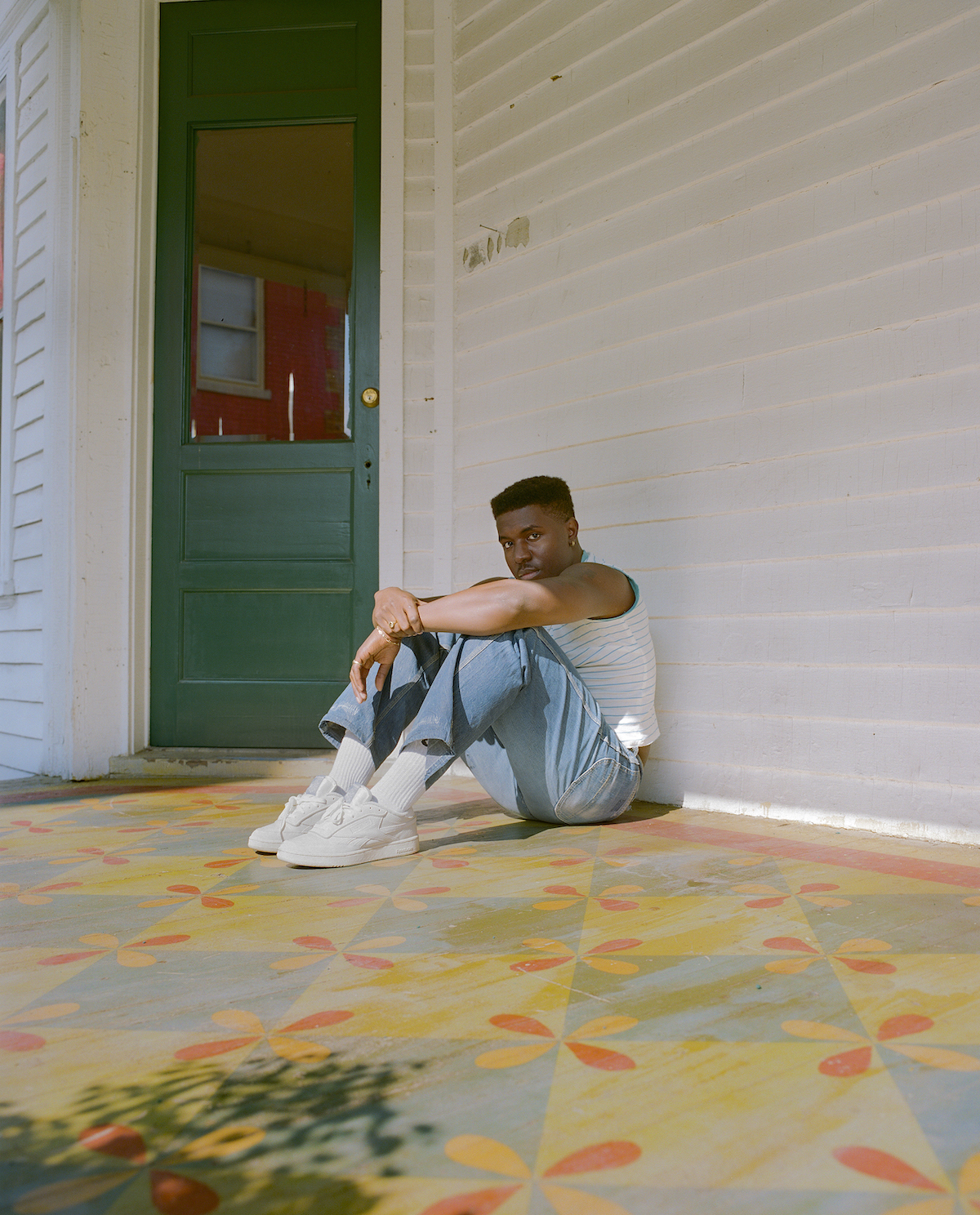 A few days ago, Montreal-born, New Jersey-raised artist Love Mansuy (his birth given name; pronounced “mon-swee”) released a short documentary titled (món-swee), which follows the singer-songwriter back home to the place that shaped him. To coincide with the release of Side B of the (món-swee) EP, the documentary was shot by Love’s childhood friend Quran Squire and finds Love excavating his past in order to make sense of the present.

With great honesty and graciousness, (món-swee) is poetically dignified, instinctive and insightful, “For all the kids who heard no, but found the yes.”  With the EP split into two sides (A and B), Love reimagines his own influences, creating a sound all his own that is rooted in self-discovery and acceptance. A stunning feat all around, Love shines a light in the darkness.

In this exclusive interview with Teeth Magazine, Love opens up with friend and fellow artist Mike Sabath about fatherhood, building something that lasts, and that there is still so much more to learn. 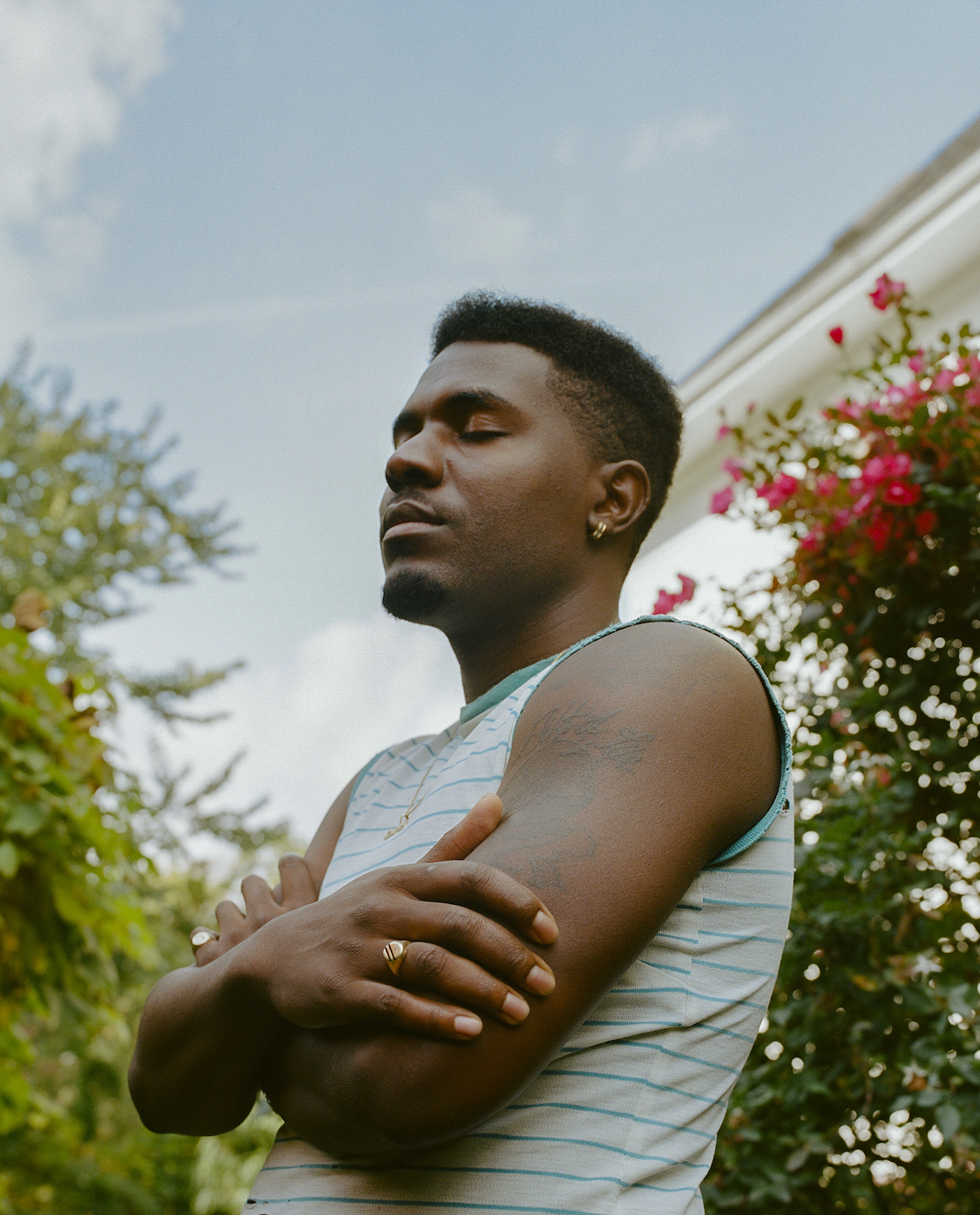 Alright, starting from the top. What is your favourite cartoon?

My favourite cartoon was Static Shock when Static Shock was around. That was every Saturday morning. I’m all back into cartoons now, I have to watch PAW Patrol with Carter and I put him onto Jimmy Neutron. Jimmy Neutron definitely pops out, I watch that all day with him.

Do you miss your previous hairstyle?

What made you switch it up?

Well, I wanted to find a way to reinvent since all the music was getting a little more experimental and a little more left-wing. I just needed to find a new way and as you know, I’m obsessed with visuals. So the hair was cool with silhouettes and everything and you could do really cool things with it but I feel like with the new music, I wanted to go a little more bare. I decided to just cut it off and even with the second half of this new stuff. I’m going even more bare and just going a little cleaner.

You look good. I can’t lie. Looking like a star.

How has it been being a father as well as blossoming your artistry?

It’s been mad, mad, hard. I still feel like we’re just barely scratching the surface. I think at times, it could be discouraging. That’s probably why I try to stay offline as much as possible. Because for some reason, you can just be sitting there, and Carter is playing and all this is awesome, putting so much time into your family. This is incredible. And then and then your girl plays you something and you hear it and you’re just like, ‘Damn, I could do this though’. And I’m not doing this as much, you know. And so at times, you could feel like, ‘Wow, your time ever gonna come?’ And then you know, there are times when Carter is just bumping my music and he only listens to things he likes. Seriously.  If he doesn’t like it he’ll definitely ask you to change it.

At that point it’s only feeling for him, there’s no hype. Does he listen to your music?

Yeah, he listens. He definitely knows lyrics. He’s singing and rapping all day. That’s the coolest part, that’s kind of what’s keeping me going right now instead of the results.

How does being a father inspire you to impact the world and to help shape what it looks like as he gets older?

I think being a father definitely helps with my everyday choices. Because if it was just me in music, I feel like I would be completely different. Just me myself, personally, I think the music I’d be making would be different. I’m not even too sure if I would be talking about anything. I wonder, maybe I would, but I just feel like I’m more inspired to have a purpose and to cover ground to leave something here for somebody else to pass something down. So like, you know, I kind of always have this battery in my back to do something meaningful at least. And hopefully, that stuff pans out well.

Any plans on having more children? Is that something you think about?

Yeah, dude. It’s a thought. I mean, because Carter thinks I’m the best and I didn’t really have a dad. So I didn’t really have anything to scale that to or measure that off of. But he thinks I’m the best and it’s pretty cool. Because I’ll just have some terrible days and he’s like let’s get it. So just the energy that I get from him every day makes me wonder. 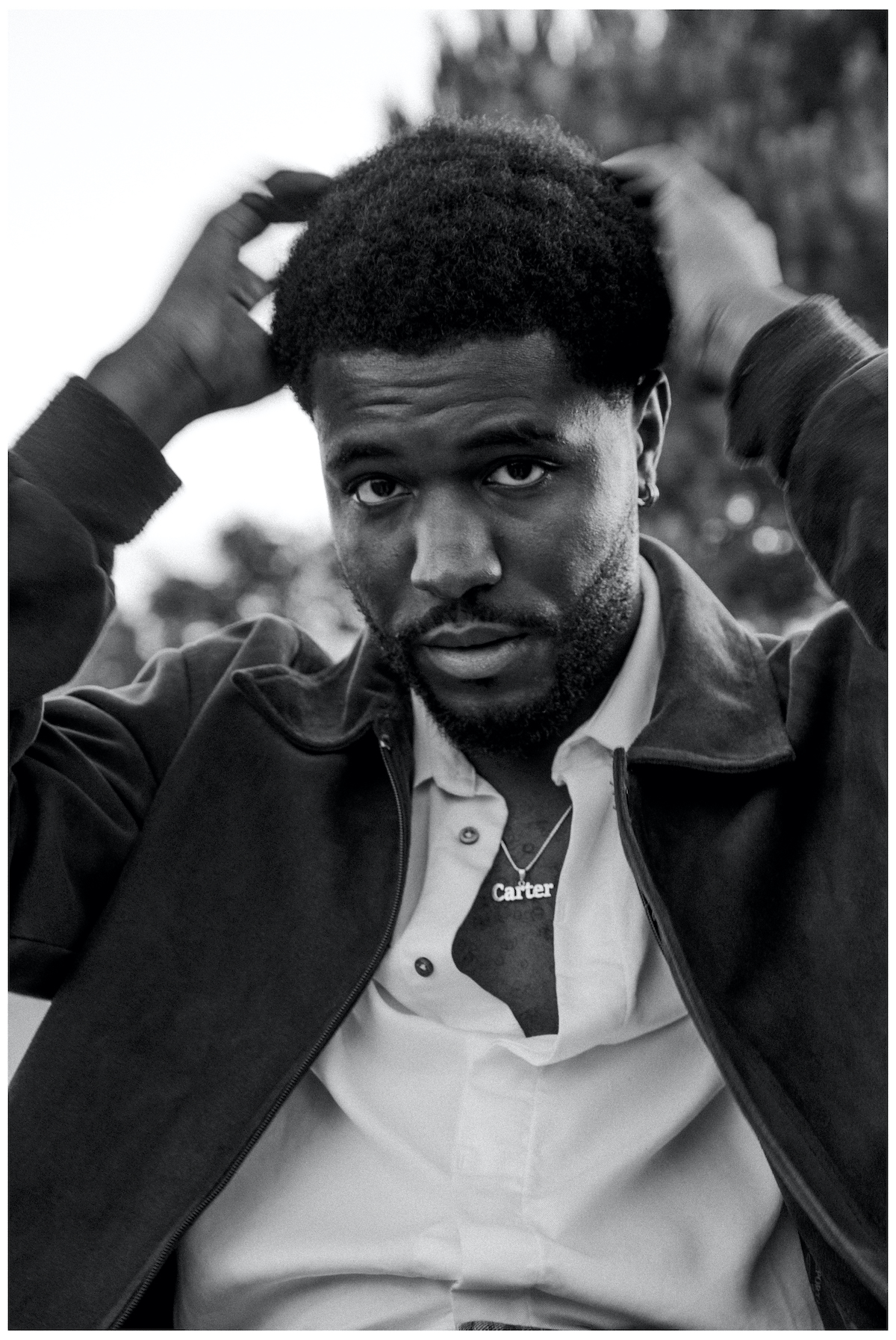 How old are you now?

What’s your perspective on age?

I used to feel like, ‘Damn, you had to make it in music so early on’, just because so many people I look up to had or at least started out very early on. And as time goes on, I actually start to understand more as I get a little older, and that I can actually still barely do anything at this age, I still don’t know anything. I’m like 27% battery life, I can’t leave the house with this phone. I don’t know how to truly appreciate life just yet so it’s cool to know that there’s still so much more time, useful time.

How does it feel being a black artist at this time? Does it feel empowering?

It actually does feel empowering. It feels like a great window of opportunity, especially for someone like me, because I feel like growing up where I grew up, I just took a different path. I spoke a certain way and because I spoke a certain way, there were times where I didn’t really fit in here and I didn’t fit in on the other side either. I was somewhere in the middle, and never really had the courage to understand that this was actually cool. So now it’s a great time to look around and say, ‘Hey you should actually be proud of who you are.’ It has been really empowering to just see so much history coming to light.

Did you find music or did music find you?

Well, my dad just found me eight months ago on Facebook. He told me he was a guitarist for 30 years. I didn’t know that so I just found that out. But to keep me out of trouble when I was younger, about 11 or 12, my grandmother would make me dress up on Sundays and go to church so she put me in classical piano and told me to join the choir. And in the choir, I would never sing. I would just sway and pretend I was singing. But I ended up playing keys for the choir and that’s when at the church when everyone used to jam I used to freestyle over the chord progressions I would have. So at that time, I knew that I wanted to sing but I didn’t really truly start singing until about five years ago. Before it was just all writing so it’s cool to finally have the courage to use the tone that you have.

It’s crazy witnessing you in action, it’s so pure.  When you sing, it’s very little thought, it’s just coming from inside. It’s like true artists can tap into something and I think anyone can, but it takes a lot of time, fearlessness, and belief in yourself and belief in something greater.

How do you feel your name has influenced your life?

Well, in the beginning, it was interesting just being in school but it got cooler once sixth grade hit. It got cooler but I had to use it the right way, such a real responsibility. My aunt used to always say, “You have to live from this place, to project this from you.” So, I feel it has been a big long life lesson of mine. How to love properly. For anybody just on a day to day basis, how to love yourself is one big process so I feel like my mom naming me that has been something just written. I’m still coming to terms with how to understand it, what it means. It feels like a forever never-ending journey.

Check out Side A and Side B of the (món-swee) EP.

Watch the documentary below: