LA-based R&B and progressive pop artist Kyle Lux celebrates his second EP, Projectors, marking an exciting step forward in his own distinctive sound and a breakthrough in subconscious clarity.  Kyle’s progressive style and fusion of genres reflect not only him as an artist, but our current sonic landscape while setting the stage for the future.

In this exclusive interview for Teeth Magazine, Kyle Lux speaks with singer, songwriter, producer, and multi-instrumentalist Caye about the importance of creating space for all perspectives and why the people around us are more important than what’s on our phones. 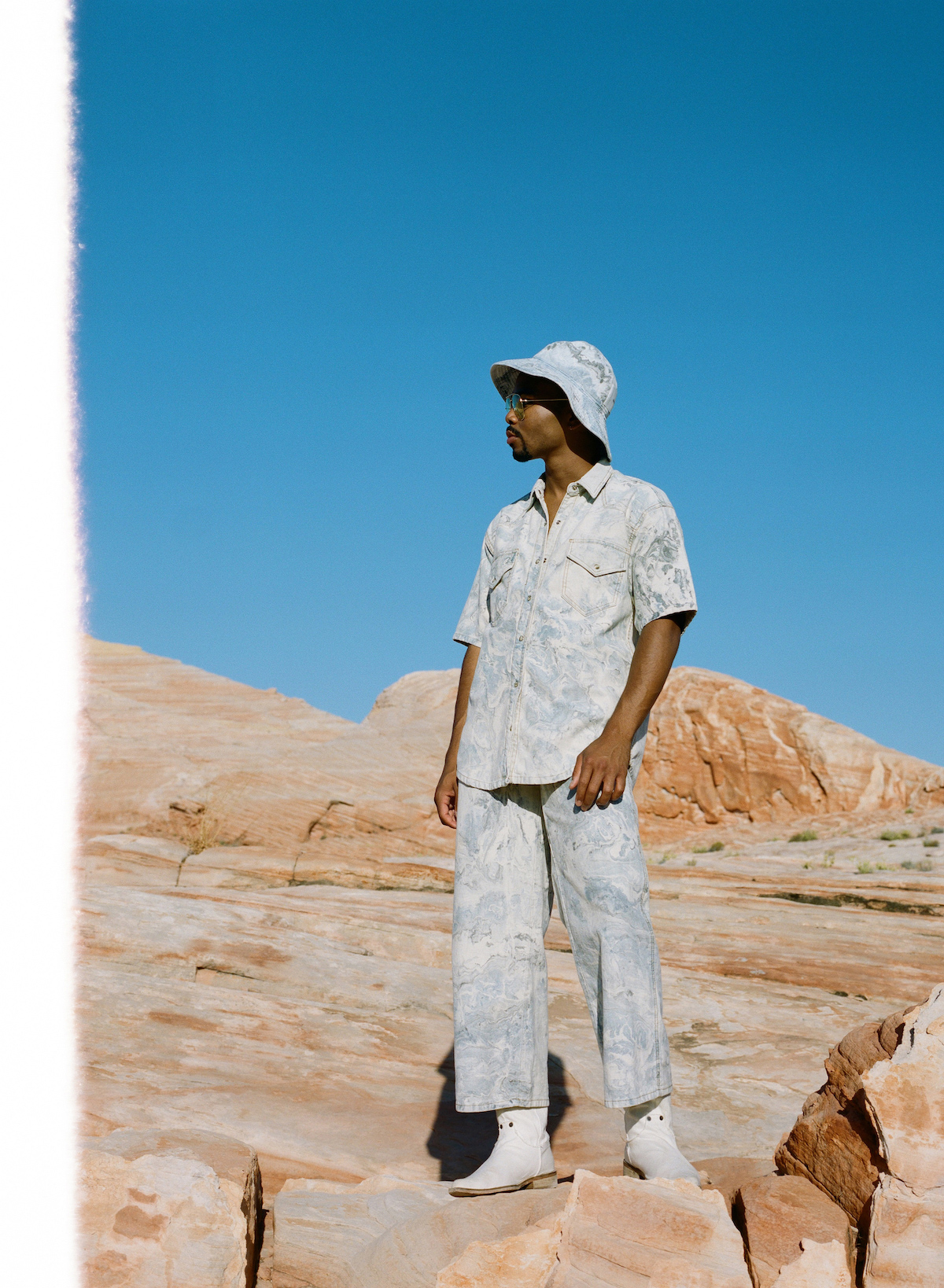 I feel like it’s retro R&B, but it’s stepping into a new sound for me. It’s pop, R&B, some rap influences. I feel like I’m exploring different ways of delivery and it all feels fresh and new.  Every track I made with this EP, I kind of surprised myself, which is really key.  I’ve grown so much and to have surprised myself with each song,  the whole thing together feels like a really solid step in the direction I want to go in, which is still informing itself; but I would say like neo-soul, r&b, pop, all together.

I love how you said it’s a step in the right direction. Because I feel for so many people, finishing a song and putting it out, it has to be it  but it’s never like that you’re always developing

Have you ever considered doing anything other than music? Did you have any other passions?

I actually almost went to school for architecture, I was convinced that I was going to be an architect. I wanted to do music but started applying to schools; my mom and I were touring Clemson when they explained that architecture was a 5-year program, we had this moment where we looked at each other and were like no, it’s USC from here.  So I went into the music program there.

Where is the coolest place you’ve ever written a song?

I would say when my friends and I went to the beach to celebrate my friend’s birthday, just on the train this melody came into my head, and it’s stayed there.  I’ve never written it down but it’s still in my head, and always comes back to me.  It feels really special to me and since I haven’t put it outside of my head yet it feels more interesting. 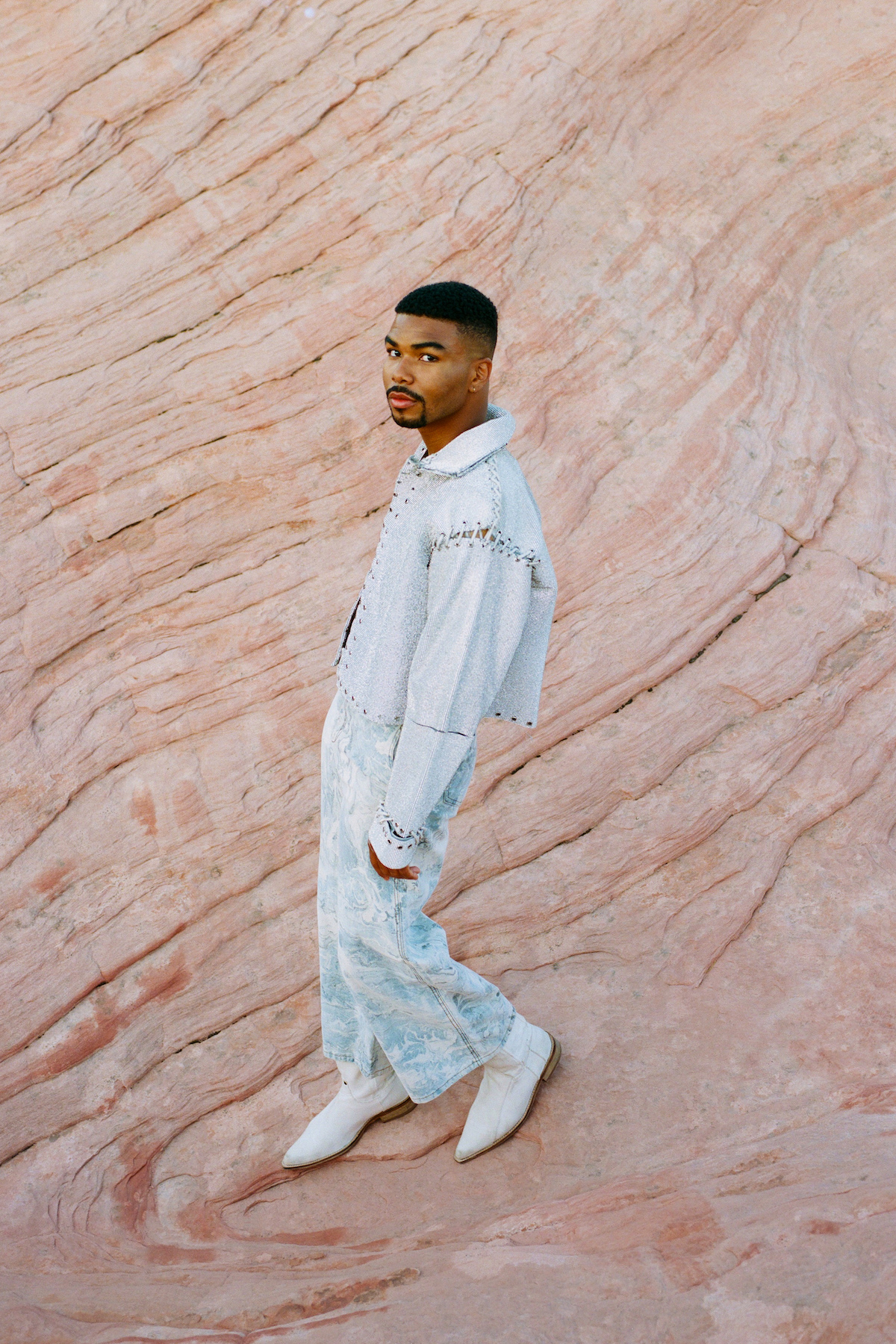 How do you feel about the lack of opportunity for women in the music industry?

I was just thinking about this.

It’s not surprising because society has this tendency to be male-dominated and we automatically think of the music industry this way – it starts with shifting our perspective.  We need to be advocates for women that want to be in the industry, it’s an important step to take. We need to broaden our expectations because there’s room for women in the industry and we need women in the industry like this industry has a lot of problems and a lot of those problems come from the men. I think the perspective of women is definitely needed and also non-binary trans people in the industry. I feel like that’s a conversation that hasn’t really been delved into but people are starting to be more aware of it.  I just feel like everybody who has any ability or any position in the industry always needs to be an advocate for women because we have to like acknowledge that there’s room and make the room for them when there’s not.

Do you prefer the studio or live shows more?

I miss live shows so much, but then I also miss studio time so much, it’s kind of made me an introverted creator.   I really love both. And I feel like I would have said live when I had access to studios, or studio time with other producers and there weren’t all the concerns and layers covid brings; it isn’t as easy to make music when you want to anymore.

I really do miss them both equally. When live shows come back it’s going to be so so special, shows are going to be different, because of COVID yes, because everybody’s still going to be a little cautious stepping into a space full of people, but also because everyone is realizing how much they miss it. Not just artists but also the fans and people who love music.  Being able to share that experience with a group of people again is going to be crazy.

There’s nothing like that adrenaline in just ripping a show and just like letting it all go.

And there’s another high you get from being in the studio.  At least the way I work, in sessions and collaborating with producers, I usually leave the studio with some type of demo that’s towards the end.  Just leaving the studio and like having the high like of having a new song that you love. Now it’s all a lot slower if I’m working on something by myself or doing something more of a back and forth with zoom sessions… it’s a little different now I feel like we’ve lost both of those highs in a way. 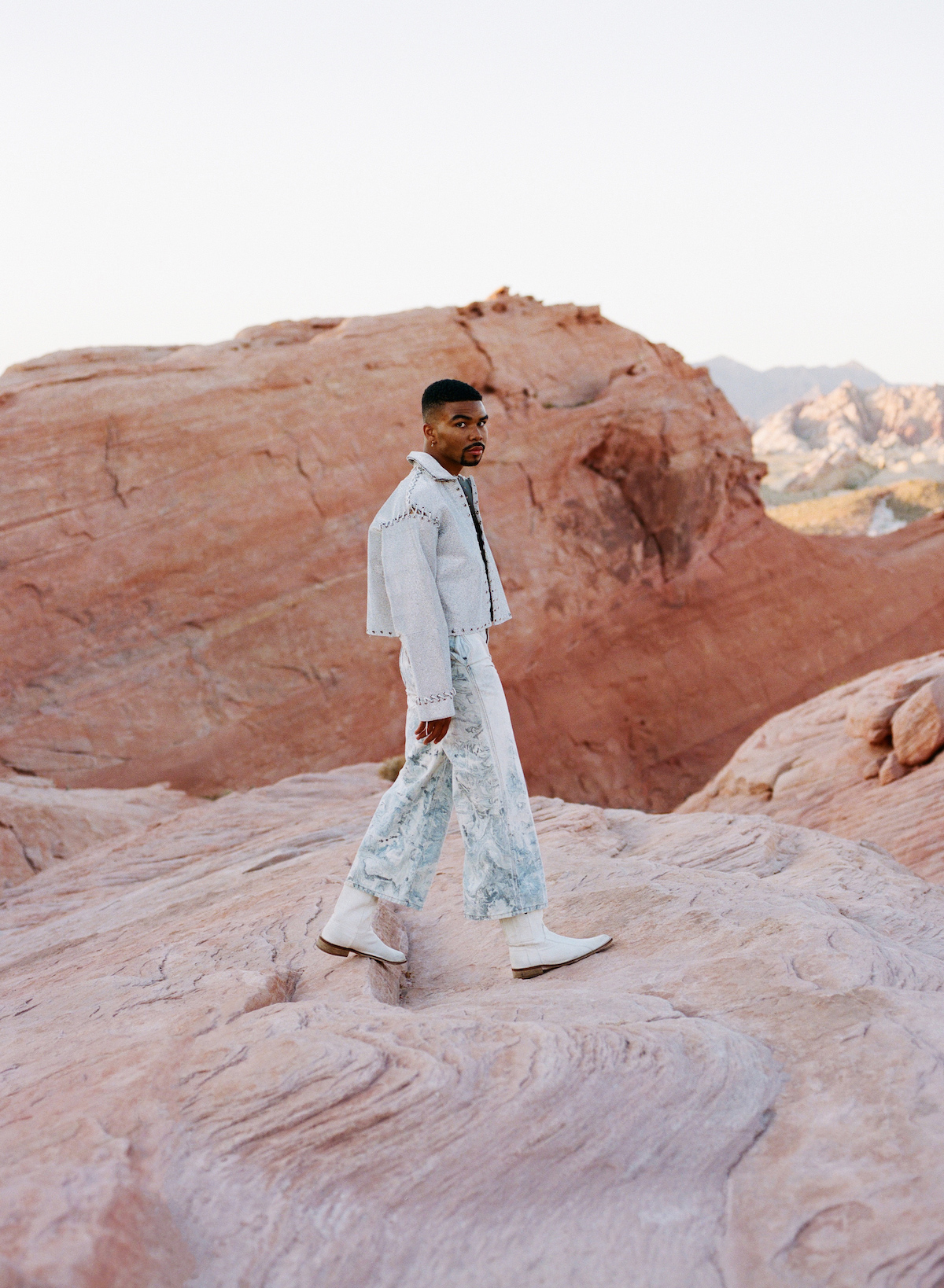 How do you feel about social media?

We were just having this conversation last night.  I honestly hate it.  I just recently, two months ago, I quit smoking cigarettes, and I feel more of an obligation to social media than I did smoking cigarettes. I want to get off social media but it’s important right now. It isn’t a love/hate relationship, I just really hate it.  I hate the expectations that I have to set for myself there.  It feels fake and saturated.  It’s getting harder to tell what is genuine and what’s not, because there’s more information than ever. In the sense of covid awareness, and the Black Lives Matter movement it’s been really helpful there in spreading knowledge and awareness, but as an artist, it’s more difficult to engage.

I just want to make music and share it, now there are so many layers to get through.  Getting through the layers is the part that I hate, I think social media has the potential to help certain creators, but the pressure it puts on artists to perform doesn’t resonate with me.

Yeah, I feel that it’s the only part of my job that I don’t love. I hate being on my phone but it’s difficult

I love interacting with people but the obligation in itself is…

It’s creatively draining.  But considering all the crazy stuff going on right now, there is a lot to be grateful for.

It’s a blessing to be in good health and have friends around, family.

Yes, I feel like this year has brought people closer together –  like the real ones, the ones who matter to you.

I was going to say the same thing, there’s this really interesting dynamic that’s been made between friendships, especially with the friends you see the most. I feel like I now have best friends who have become family, it’s an important time.

You can stream Kyle Lux’s new EP, Projectors, below and stay up-to-date through his Instagram.