Jim-E Stack explains over Zoom that the name for his new album was coined after he showed his friend designs of old receipts and business cards – little things that were cool but meant to be thrown away. “I told him that’s what I want the visuals for the album to look like, and my friend just looked at me and told me ‘that’s ephemera,’” he says matter-of-factly, sitting back in his chair.

For Jim-E Stack, his new LP EPHEMERA stands as his collection of discarded but wonderful pieces, assembled with care over the last two years. He is mostly known as a producer for an enviable list of left-of-centre talents like Bon Iver, Charli XCX, and HAIM, but over time, Jim-E found that some of his favourite sessions ended up not making the cut for final tracklists. Instead of letting them collect digital dust on his hard drive, Jim-E began to play around with them again. Slowly, the producer found himself with a growing collection of repurposed works and decided in May 2019 to dedicate himself to finishing them with the help of some friends. In time, he created EPHEMERA, an eccentric hodge-podge of eight songs which he says really represents where he is at right now. “It’s also a roadmap of where I’ve been”, he notes.

Held together by collaged beats and punchy synths, EPHEMERA is the artist and producer’s second project. A stark contrast to his industrial, more skeletal last effort, Tell Me I Belong (2014), EPHEMERA is an incredibly warm stream of consciousness. Its tracks often focus on particular phrases like Bon Iver’s repeated line “I don’t want you to feel too much” from their collaborative track “Jeanie” or melodic motifs like the synthy bass of “Good Enough” with Ant Clemons, and it rarely tells a full story. But that’s also its brilliance. EPHEMERA is just as its name implies – it’s a scrapbook. Strangely, it’s a concept album whose concept is to just not have one at all.

Teeth Magazine speaks with Jim-E Stack to discuss the making of his new album. 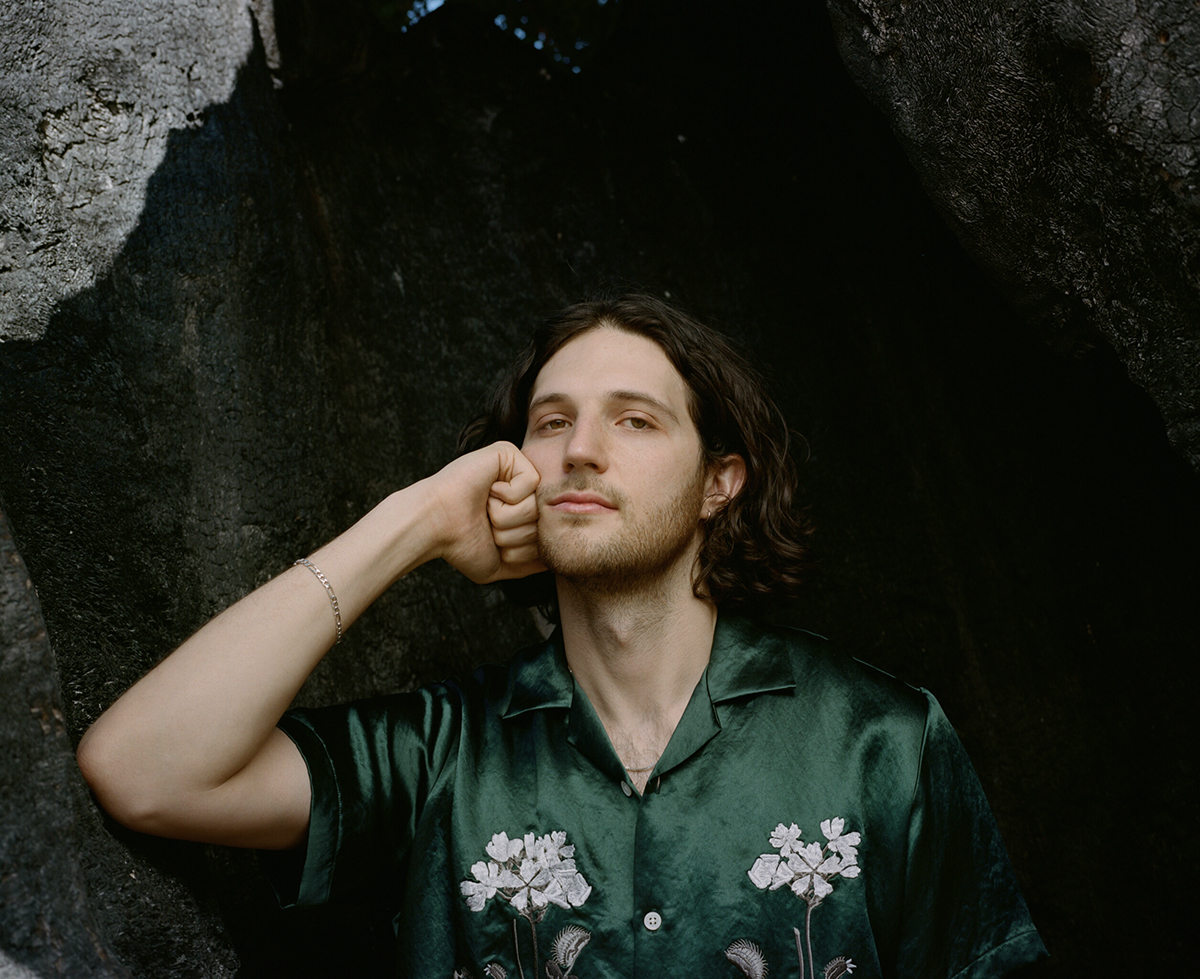 It seems many musicians have a moment of realisation when they decide that music wasn’t just a hobby but a career for them. Did you have a specific memory?

Honestly, the idea of my music being a career in any capacity felt like such a dream for me. Such a long shot. I didn’t think it was ever that realistic. I thought like, man, if I could graduate college and DJ on the weekends, that’d be sick. Well, I didn’t ever finish college, actually. I dropped out so I could try this music thing. I just knew I had to try to pursue music. That was in 2014, maybe. I feel like up until about two years ago though, it was such a struggle month to month, trying to just survive with music as my job. I don’t think there was one exact moment, but two years ago, I found myself looking up and just being like, ‘Woah, I’m actually really doing this.’ It took until then for me to actually think that my music career was actually going to work out, and I wasn’t constantly tripping out about money anymore.

You’ve worked with so many incredible artists at this point. What was one of the first sessions you did that really caused you to realise that your music career was ‘working out?’

If anyone really made that impression on me, it was Bon Iver. I first started working with Justin [Vernon] and that crew in 2017. None of the stuff we initially did ended up on his last album i, i. Only really the stuff we have done together started coming out this year. For me, even though I’ve been fairly close with him for a while now, just having our collaborations start to come out this year has been so exciting because I specifically remember hearing For Emma, Forever Ago, his first album when I was in high school. Then his second EP Blood Bank was when I realised he was doing so much more than just playing guitar and singing. I really admired that record. Songs like “Woods” was so cool to me with all the weird auto-tune-y shit. Just to see someone on their own and doing their own thing but still able to reach people in a lot of different ways was cool. I still have that CD at my mom’s house.

Years later, like, shit. 12 years later I’m working with him? The idea made me feel at least semi-legit [laughs], you know? I definitely admired him from a young-ish age. 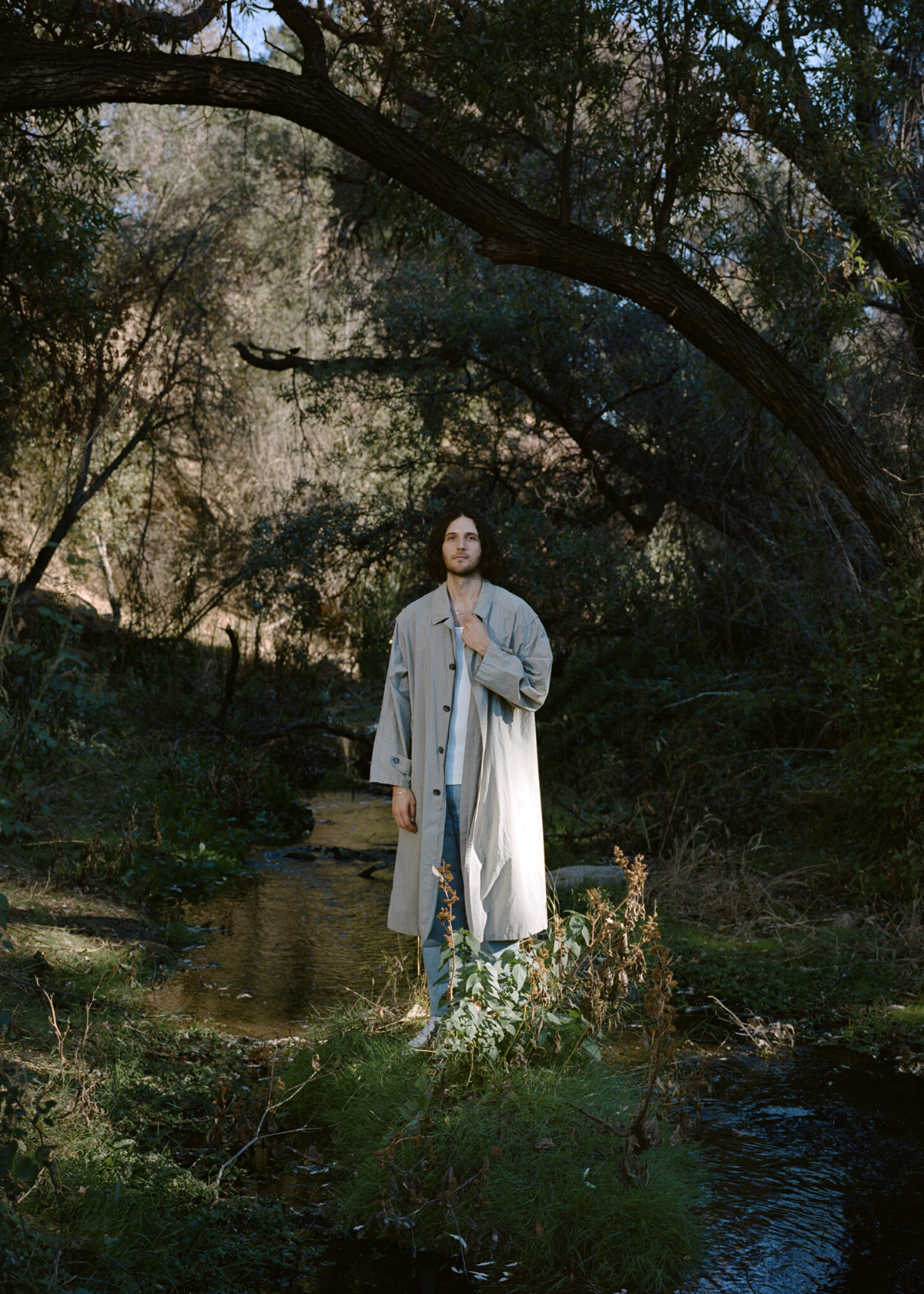 Was it nerve-racking to meet Justin Vernon for the first time since you had admired his work for so long beforehand?

Well, he was just so nice and chill that I wasn’t totally starstruck. To be honest, I did listen to that EP a lot in high school, but I didn’t get really into it again until 22, A Million came out.  Which I thought was super cool, but he is honestly such a good dude it wasn’t intimidating at all. I think if I ever felt out of place and nervous, it was when we started working together, and I realised that he can just do everything. He’s a really good keyboard player, a really good guitar player, an amazing singer and writer. For me, I see myself as just making beats on my laptop. I thought, ‘oh my god, this guy’s such a fucking monster in the studio. What can I possibly bring to the table?’

I heard that this album was put together slowly over 2 years. When did you notice that this wasn’t just some songs you had made but that you had a real project forming?

It was probably in May of last year when I was in Minneapolis, and I was with my friend BJ Burton. I’ll just go out there to work and fuck around. He has a great house out there and a studio. I was just messing with some leftover songs that hadn’t made it on albums they were supposed to be for. Like the song with Ant Clemons or the song with Justin Vernon. BJ would just listen to these random songs, and he pointed out to me if I just muted one thing here or added something there, they could sound really like a ‘Jim-E’ song. I realised he was right. After he pointed that out, I think my ears perked up, and I started to be aware of certain scraps and demos that the artist didn’t want that I still loved.

But I would say it took until October of last year before I realised that I had assembled a group of songs that felt like me in one way or another. There were so many moments along the way. By April or May of 2020, that’s finally when it was finished. 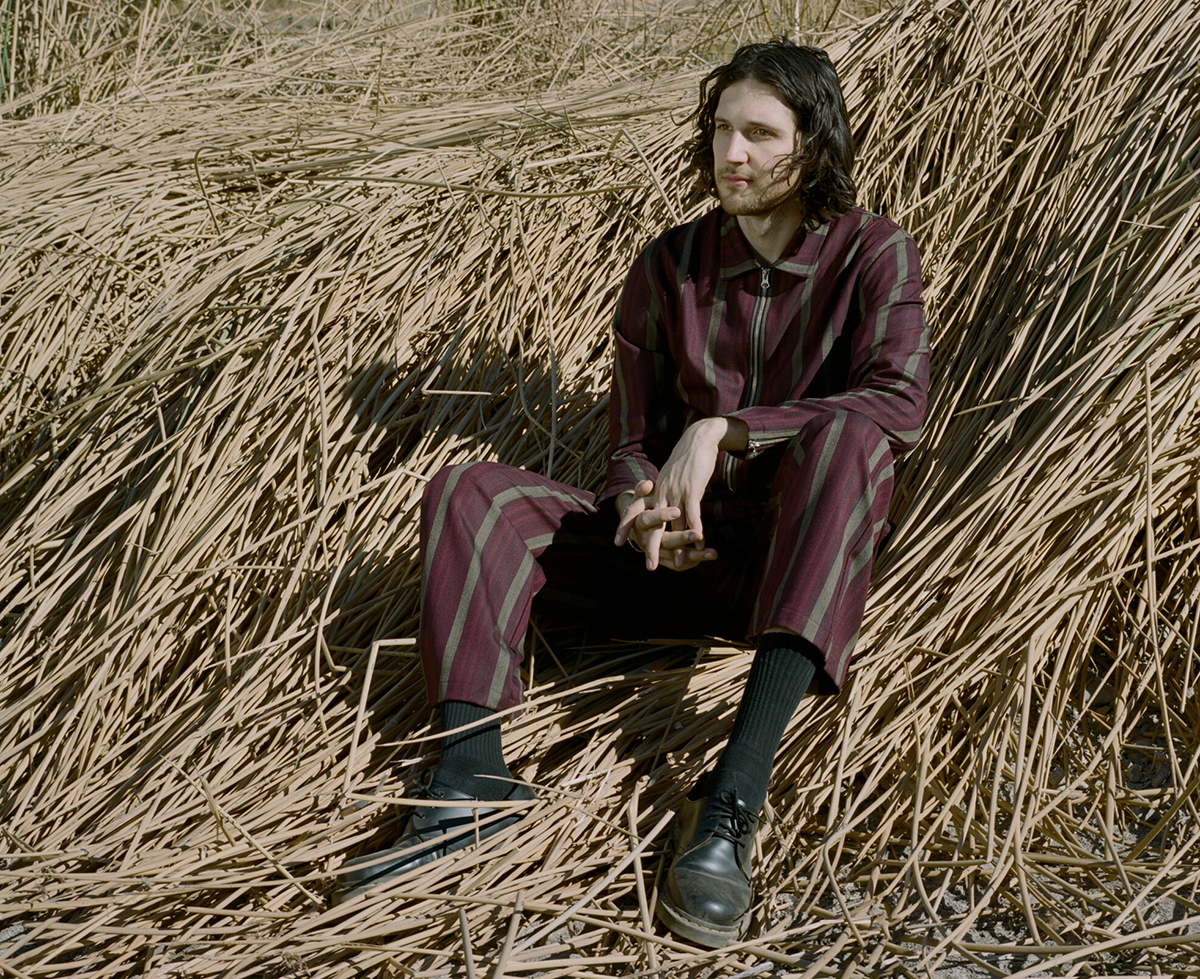 I heard that “Good Enough” with Ant Clemons was originally a scrapped remix, correct?

Yes, the instrumental was originally a remix for HAIM which they ended up not using, but hey, everything happens for a reason, right?

How did you transform that from a remix of another song into something that’s totally its own, and how did you decide that Ant Clemons was the right fit for it?

It wasn’t a conscious choice at all to get Ant on the song. When HAIM said essentially ‘thanks but no thanks’ for the remix, I took off Danielle Haim’s vocal and so it was just my instrumental. I was just working with Ant one day, and he’s such an incredible writer. He was going through beat after beat of mine and just writing song ideas to pitch to whatever artist. That instrumental didn’t find a home immediately, so I just kept working on it. Eventually, it ended up making sense for me and Ant to finish it out together. It really was intended for someone else.

What was one of the most memorable sessions you had while putting this together? Any good stories?

It’s funny because there was no distinct session. This was assembled from these bits and pieces so many of the sessions. I think things came together mostly when it was just me alone. I’d say if there was one from a memorable or formative session for me, it was making “Jeanie” with Bon Iver in Wisconsin. It’s one of the older songs on the album. It was a formative experience for me because when I was there, I learned from Justin Vernon and the people he works with. They’re just out there making shit together as friends doing it for fun. It’s cool that I could forget that everyone does this for a living. There was no pressure. We would go from noon to 6 AM or so every day, and it was just for fun. There was no pressure to even go into the studio, you could just go play video games or ride a dirt bike if you wanted. I think there I realised that this is what works for me. We are just here together because we have a mutual respect for the music and we are doing it because it’s enjoyable and fun. I think for me that’s how I make good music with people. Yes, the mission is to make good music but you also just want to spend time with people you respect in a creative space. Maybe you get a dope song, maybe you don’t, but that’s the mission: to just have fun and to mess around. 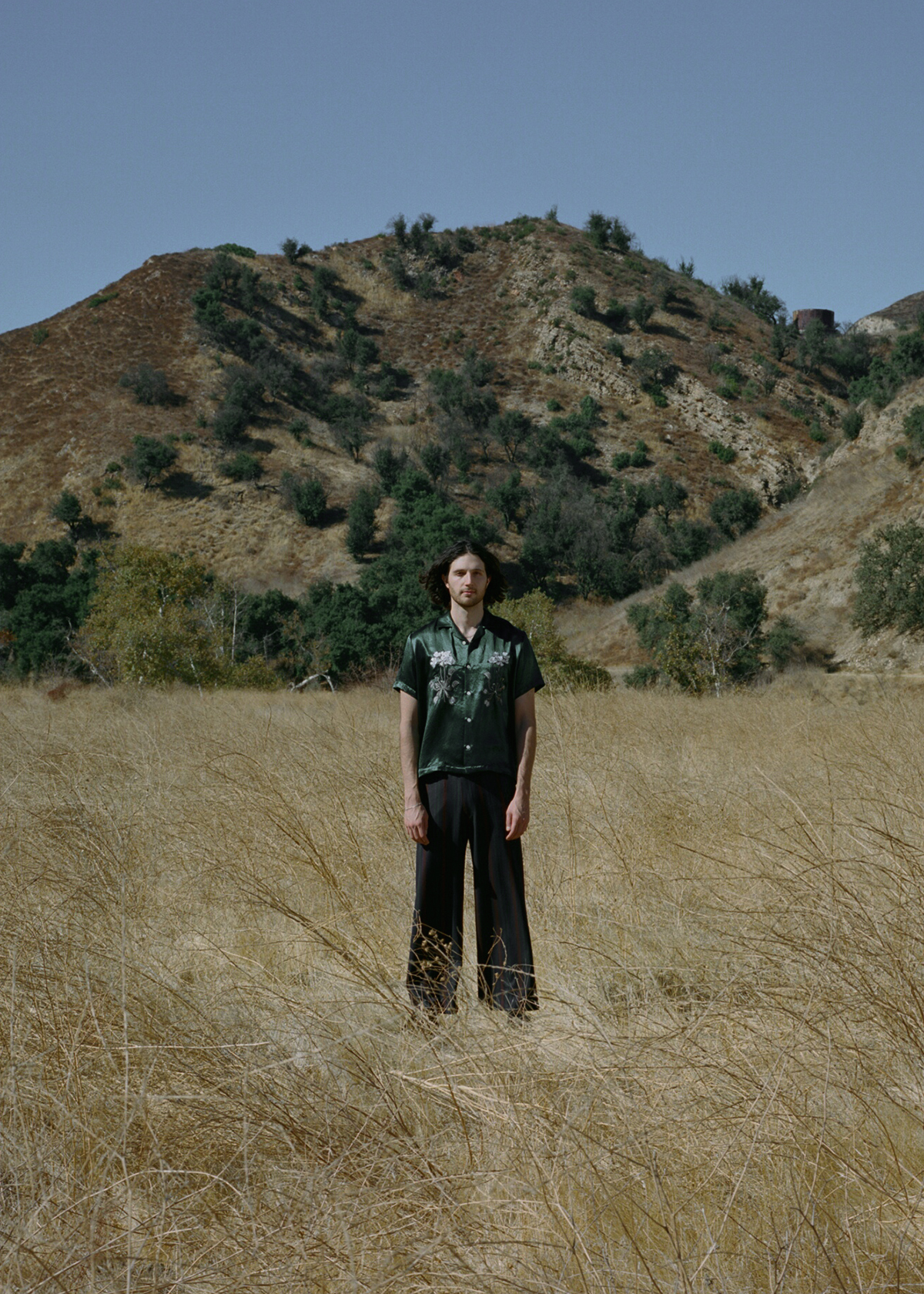 It has been a while since you released an album. You released your debut album in 2014, and this is a very different record. How do you compare the two?

It’s strange to me that they came from the same person. I am a totally different person now than I was then. That first album came from me working on shit in isolation in my bedroom when I was living in New York. Everything there was made in isolation. Ephemera was the complete opposite because so much of it came from collaboration. The only real throughline I can draw from them is that they chronicle me as a person and my life experience at the time. It’s a picture of me at two different points in my life. My first album Tell Me I Belong was me very alone with no real community of friends in New York, and then EPHEMERA is me years later since I moved to LA, living a much richer life of friends and collaborators. I have a lot better relationship with my family now too. I think that’s what EPHEMERA speaks to. It’s a very forward-facing thing, showing who I am right now. It’s also a roadmap of where I’ve been for the last few years. I can get to know me through making this music, and I hope other people can get to know me too.

You’re now in your late twenties so you’ve been at this for more than a couple years now. Are there any lessons you learned along the way as an artist?

You say the word ‘artist,’ and it’s funny because I don’t think of myself that way. Earlier on, I did see myself as an artist but more than anything, I have come to embrace music as a way of life. I’m really just a music maker. It’s an inherent part of who I am, and my job is to enjoy and serve the music. 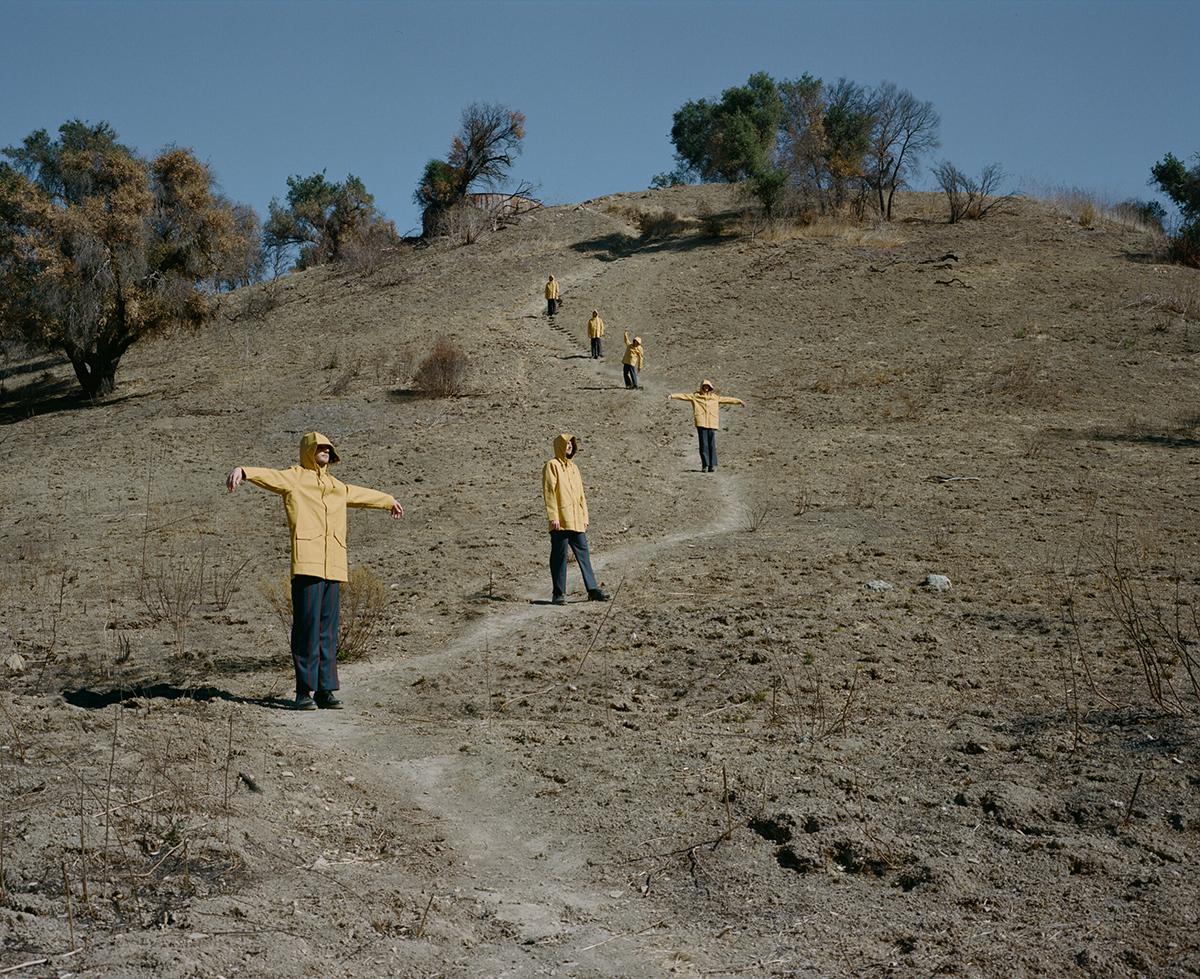 You can stream Jim-E Stack’s new album Epherma in its entirety below: