Melt into touch: An interview with Gillian Maguire and Bonnie Wright 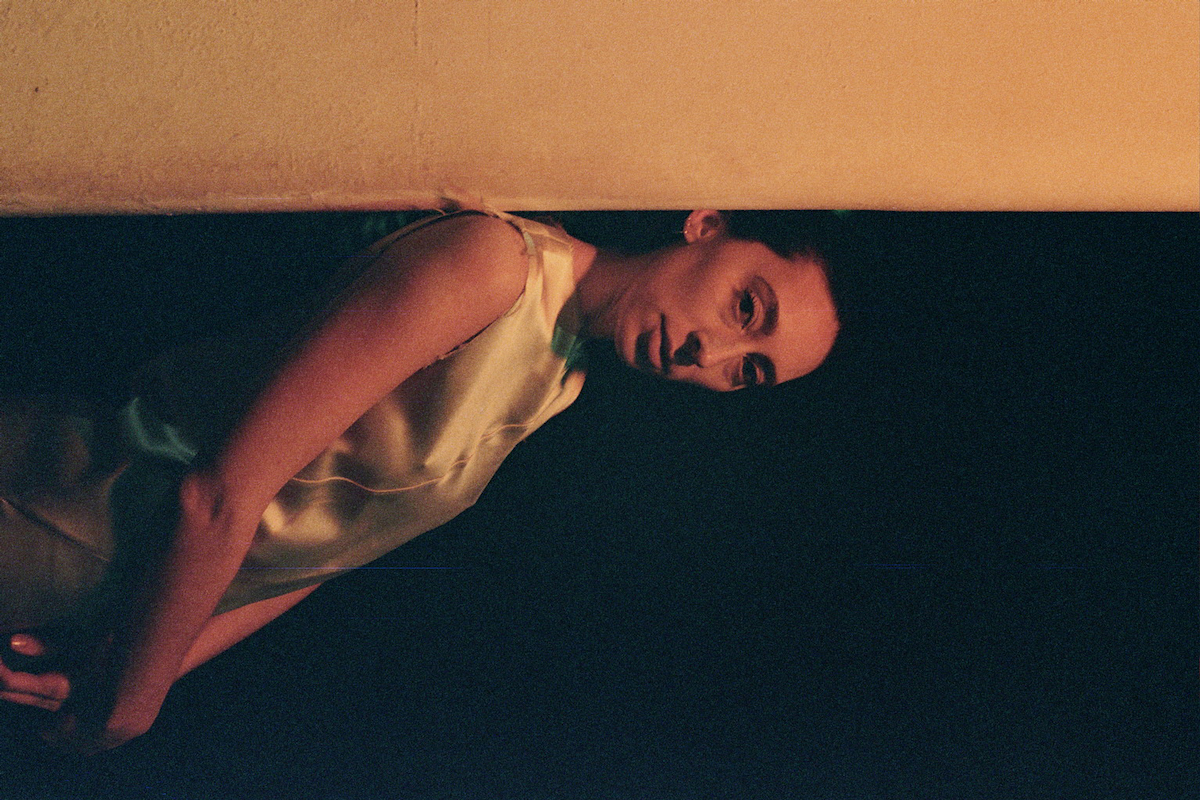 Filmmaker Bonnie Wright and Musician Gillian Maguire have been friends since seventh grade. Collaborating on their second music video together, “MELT”, they produced something beautiful and unique, using movement to capture a subconscious need for letting go.

An accomplished piece both musically and cinematically, Teeth was excited to catch up with these two friends and discuss their creative processes and how they approached the making of “MELT”. 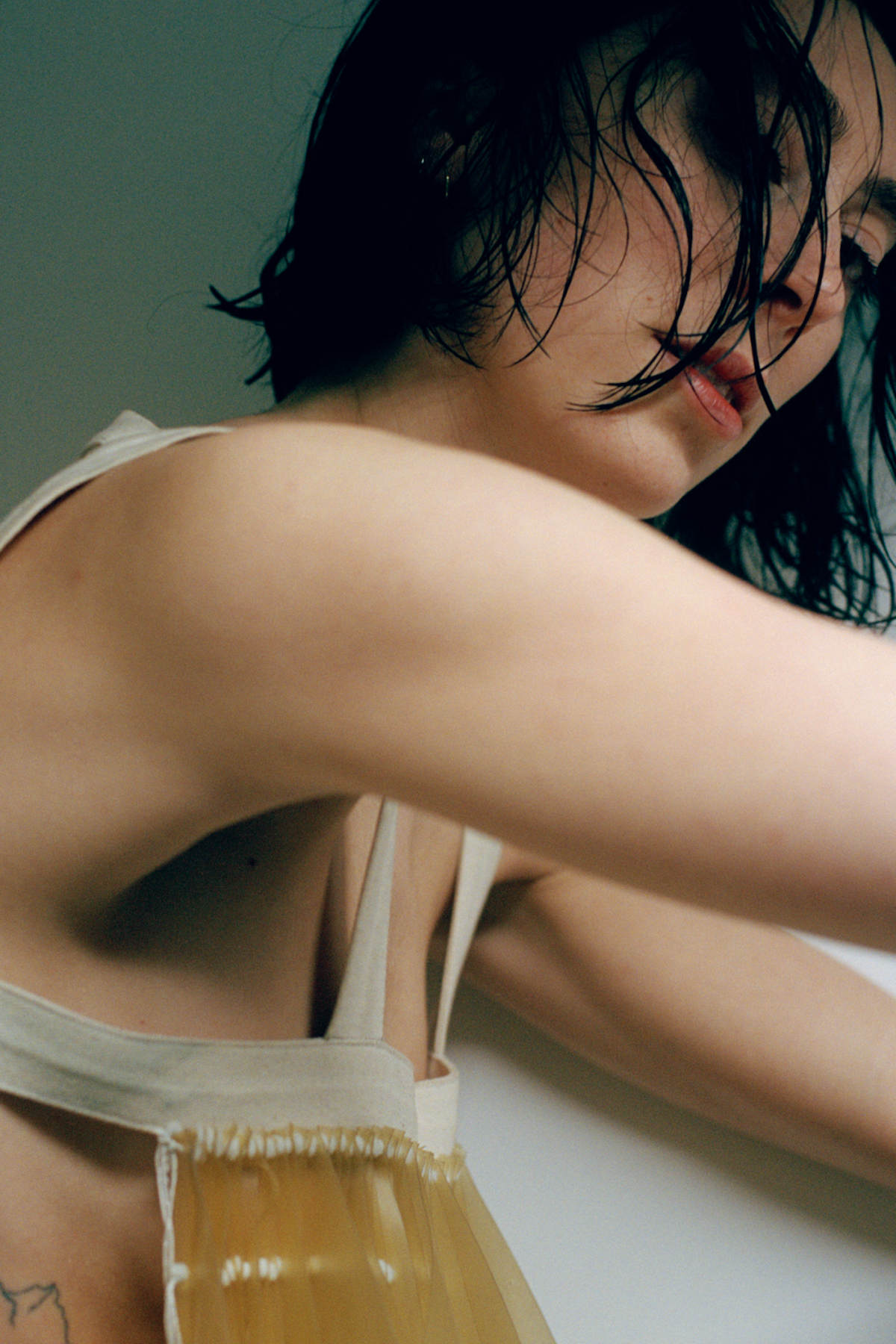 Madeleine Morlet: Can you start by introducing yourselves, where you are based, and how you got into music and film respectively?

Bonnie Wright: I live in LA but I’m from London. I got into my industry first by being in front of the camera, as an actor from the age of nine, and then when I went to university I studied film and television. Since I’ve graduated I’ve continued with music videos, commercials, short films, and am hopefully entering into my first feature film. This whole year has put the whole thing on pause, I think independent film is going to be hit pretty hard for a second. The script is there, and I love it, but it might take a bit longer than I thought.

Gillian Maguire: I’m based in London, and have been playing music all my life. I started playing the violin at three and was playing with bands all throughout high school and university. I have been touring for the last ten years, but only in the past three or four years I’ve really [started to] focus on my own output and my own writing. This is my second EP under Maguire. I’m finding my musical voice after always having played for other people. It’s nice to be able to call myself a musician, rather than an artist, having come at it from a musical perspective.

How did you meet and how long have you been friends?

GM: We met the first day of year seven in high school, we were both new…

GM: And we’ve been friends ever since.

Gillian, can you talk to me about Maguire, how you came to use your last name, and what this solo project is to you?

GM: I thought it was quite a strong genderless name if you don’t know what it is or what the background is. I’m playing all the instruments on all the recordings, and it’s all written by me, [although] this last one is co-written by Liam Howe who [also] produced it. I wrote a song four years ago called Strangers, and as a creative you know that one thing you make that suddenly feels effortless, well [this was the song] that just tipped me into the project and into this voice. I’m classically trained in piano and violin, and so it’s hard to know how to use that formal training with who I am today. It’s a process of unlearning what you’ve been taught and trying to make it your own, [when I began] using that training in my songwriting instead of pushing against it, it became much easier to express myself. 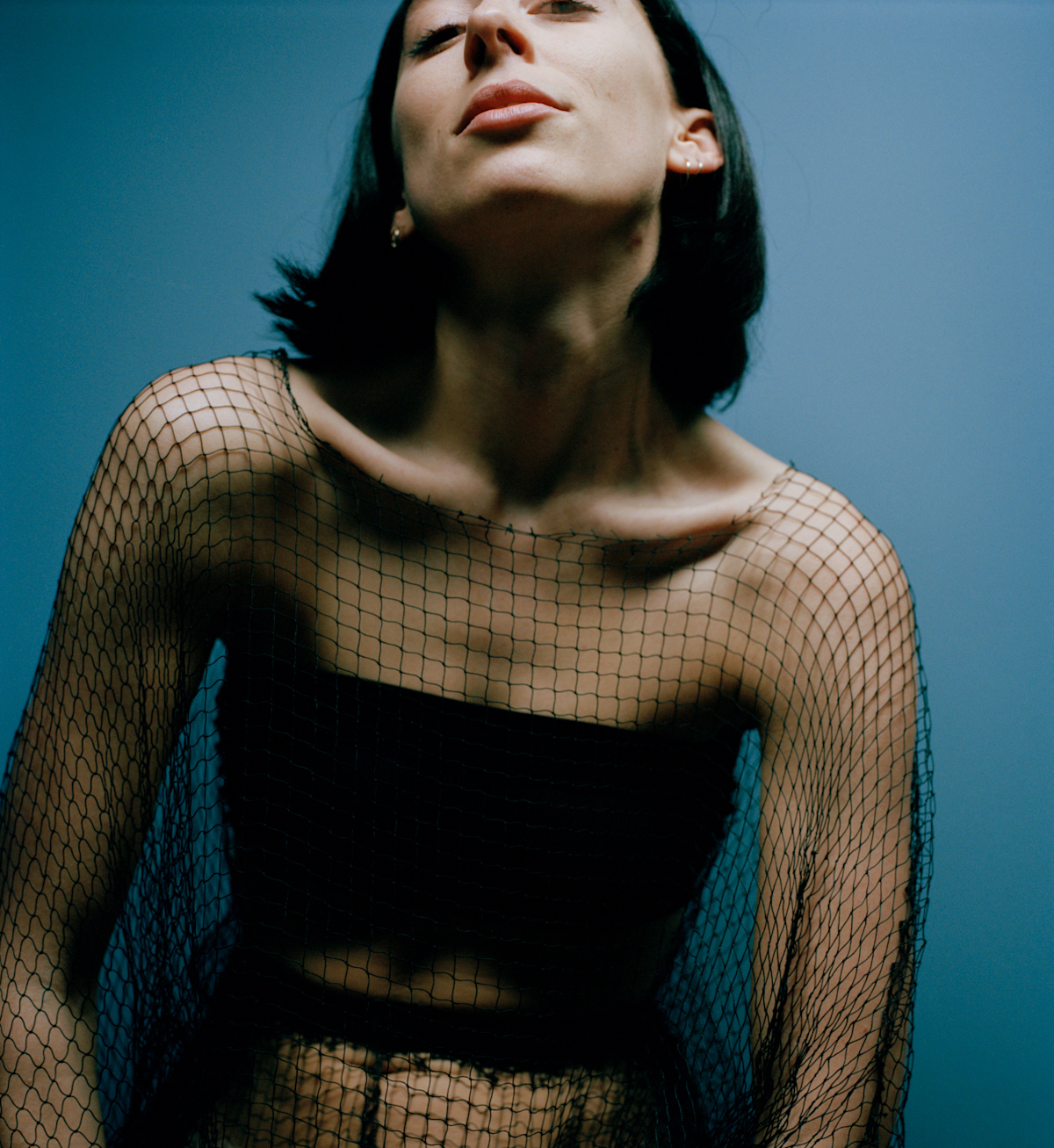 GM: It’s basically just around the piano, I’ll bring in pretty fully formed songs to the studio. It will centre around me sitting [at] the piano and just playing rather than trying to write a song, that’s when all the songs come in – when you are just playing with no aim and being a channel for the instrument. To let the process unfold itself.

I love listening to creatives talk about their process, it is such a wonderful and translatable experience for anyone who makes – that feeling where what you are doing becomes effortless. Can you talk to me about how your working relationship evolved and what it is like working with one another?

GM: Bonnie made a video for my first music video, for a single called “Fallible” off the first EP when it came out. I was coming to LA and we just really wanted to collaborate on something, and we went from there. We’ve carried on loving working together ever since.

BW: The two of us always have an open dialogue about how work is going, and at times we need some inspiration and when she was coming to LA we both needed a push or a deadline for something to do. It’s really nice that we can push each other’s practices.

GM: I think for both of us because we feel so comfortable with each other, and particularly when you’re expressing your new voice, it’s a safe place to work with someone who you trust so much. To push each other gently.

BW: It’s interesting when you do something quite formal with an informal relationship, you take on this new relationship, as you are friends but you are also working together, being direct with one another. It’s nice to see this other side of each other too. This professional side. 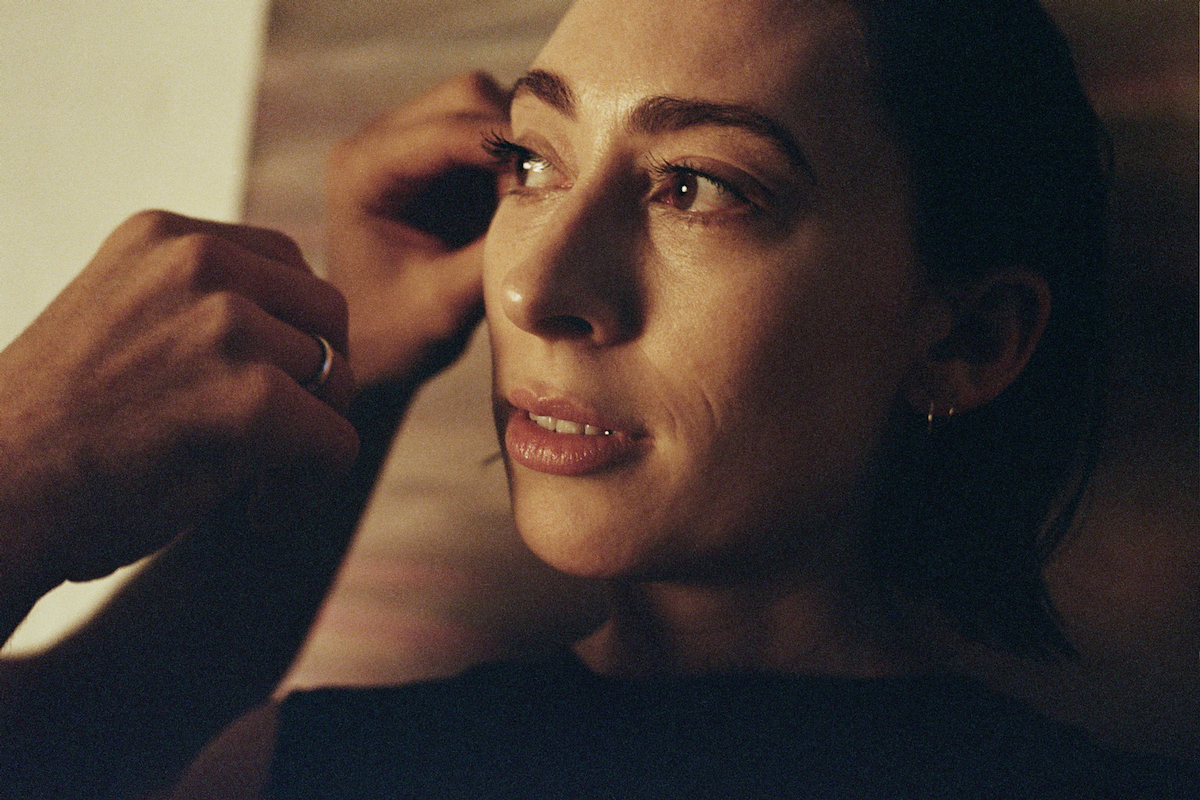 What was your starting point when approaching the music video for “MELT” and can you elaborate on the formal process of making this piece together?

BW: What is different working on this [is that] not only is there a track as the basis for inspiration, but I also know the process that Gillian has been through in finding her voice. I can’t not add that additional knowledge to the story. To me, you watch friends and you watch the people close to you unfold, develop, let go of things, and that was something I was really interested in exploring. It was the letting go of these structures, walls, identities, personas, [which was] the beginning of what I wanted to add to the video. Gillian [and I] really wanted to bring in someone else to make some sort of physical, tangible interaction and create more of a dialogue between her and someone else [in comparison to the first video we made together]. I think a big theme of mine is always looking at the space between objects, between characters, and people, and what kind of pregnant moments exist [in those spaces] and how much they show.

I would love to know more about the choreography, how you came to the idea of dancing and if you worked with a choreographer?

GM: Xavia [the dancer] is a friend of mine who I knew from before and had become quite close with, and their boyfriend Illyr came on board to help with the movement direction on the day. It felt like a natural move to get someone in that we felt comfortable with, so it was again this safe space for exploration. It wasn’t a super formal affair, how we came to the [choreography]…

BW: I think we knew we wanted there to be some movement or interaction, and we were looking at Xavia’s Instagram and watching how they moved…

GM: So yeah, it did centre around the dancer really. They were the first choice for who I would have done this piece with, I can’t imagine having done it with anybody else. 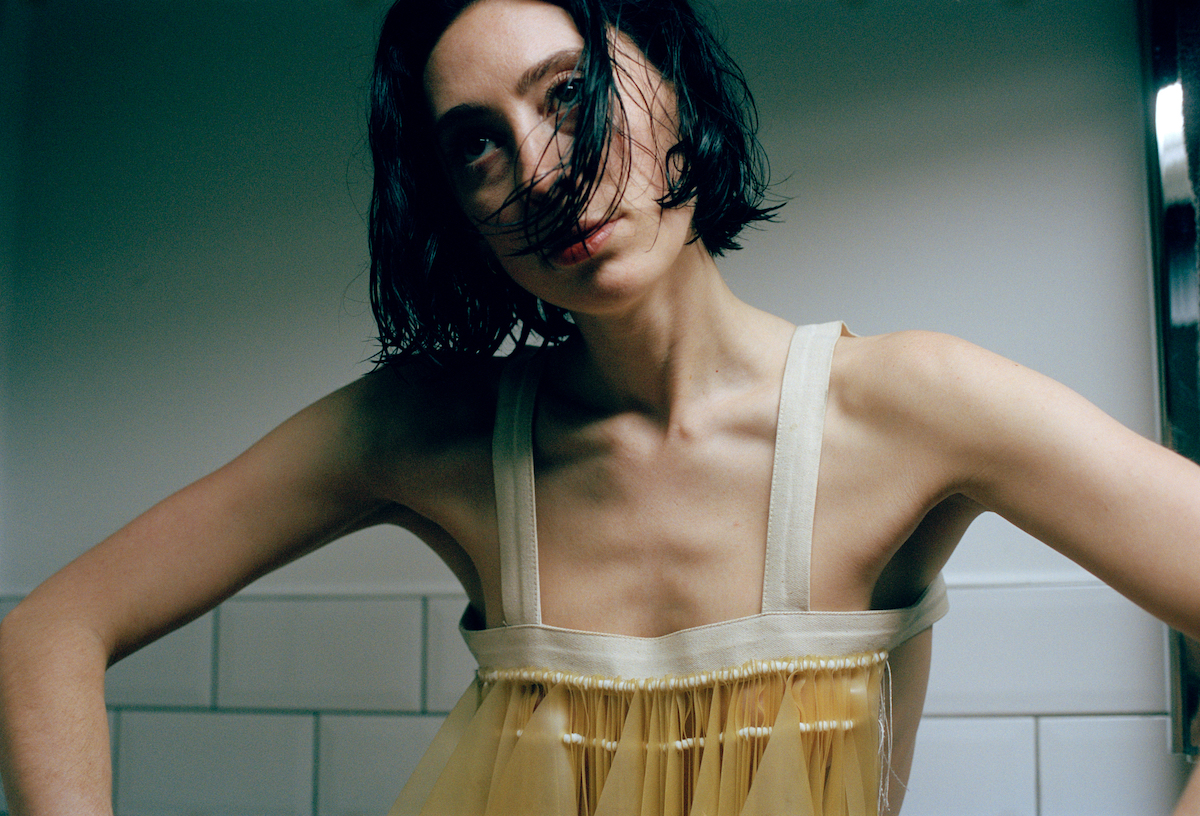 The music video was shot in London and appears to be a combination of film and digital, can you talk a bit about these decisions?

BW: We shot in London, I was really interested in putting [Gillian] back into a city [after our previous video]. Practically, it was shot on a mixture of super 8 and on the Alexa. With the Alexa, we also used an anamorphic lens to expose and show more of the dancing, and the performance, and to slightly distort the shape of the bodies.

GM: With the mixed-use of mediums we wanted to bring in a sense of something timeless, nostalgic but also kind of futuristic everything blended together

This is something I really enjoyed, I often think that it’s difficult to mix film and digital but actually, the result feels very fresh. Do you feel like the themes in “MELT” are common themes in your music?

GM: [This track is] about trying to let go of ego and find some form of oneness with yourself, your surroundings, the whole cosmos really. It’s that place of letting go of what no longer serves you. There’s a real sense of surrender in the themes of the songs on the EP. They all share [something] similar, it’s conversations with the self, finding ways to break your own barriers [and what is] restricting. I guess musically they reflect where I am as well, what I am struggling within the creative process is [letting myself] struggle less and let things happen more.

The funny thing with life is that you can have really fixed ideas of what you want to do, and where you need to go, but sometimes you have to just let things shift and change… like the theme of the song… MELT.