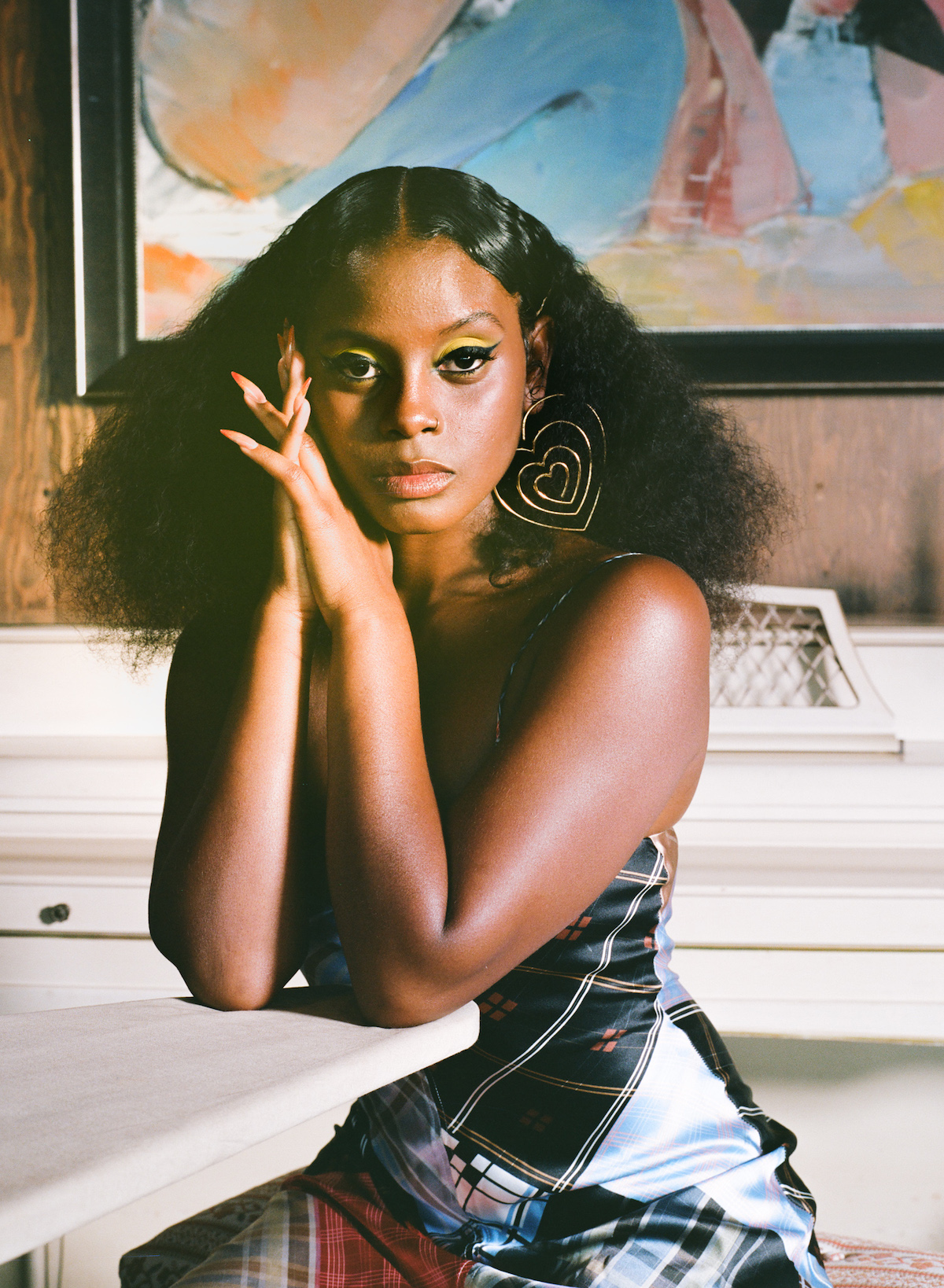 “I don’t make music just for the sake of making music. Everything has a purpose.”

25-year-old Fana Hues’s new project Hues is not just an album: it’s a culmination. It’s the product of growing up in a musical household, one of nine children. It’s the product of years of demos and writing and finding her own sound among influences like Nina Simone, Dionne Warwick, Anita Baker, Beyonce, and Mary J. Blige. Above all, Hues is a celebration of perseverance. When Hues was young, growing up in Pasadena, CA, she fought a long battle to get her voice back after having scarlet fever, tonsillitis, and strep throat all at once – a singer’s nightmare.

You can hear echoes of love and loss on Hues. Not only love and loss as separate feelings but learning to love in the face of loss, learning how to find acceptance in trying times. The collection takes you on a journey through all that makes up Hues’ life: family, fear, self-awareness. grief, reflection, rebuilding and learning from it all, in repetition.

On “Notice Me,” Hues sings: “Do I ask for too much? / Really love is all I need / And there’s a cloud waiting for us / Beyond the mountains and past the heavens.” There is a sense of persistent hope woven throughout Hues, through the words, through the melodies, through the nuanced and eclectic production.

On the last song, she belts out about “feeling yellow.” Hues is communal. Hues is warm even in moments of mourning. Hues is immersive to the point that yes, you want to feel yellow too.

In this exclusive interview with Teeth, we chatted with Hues about growing up surrounded by music, her creative process, and the making of Hues. 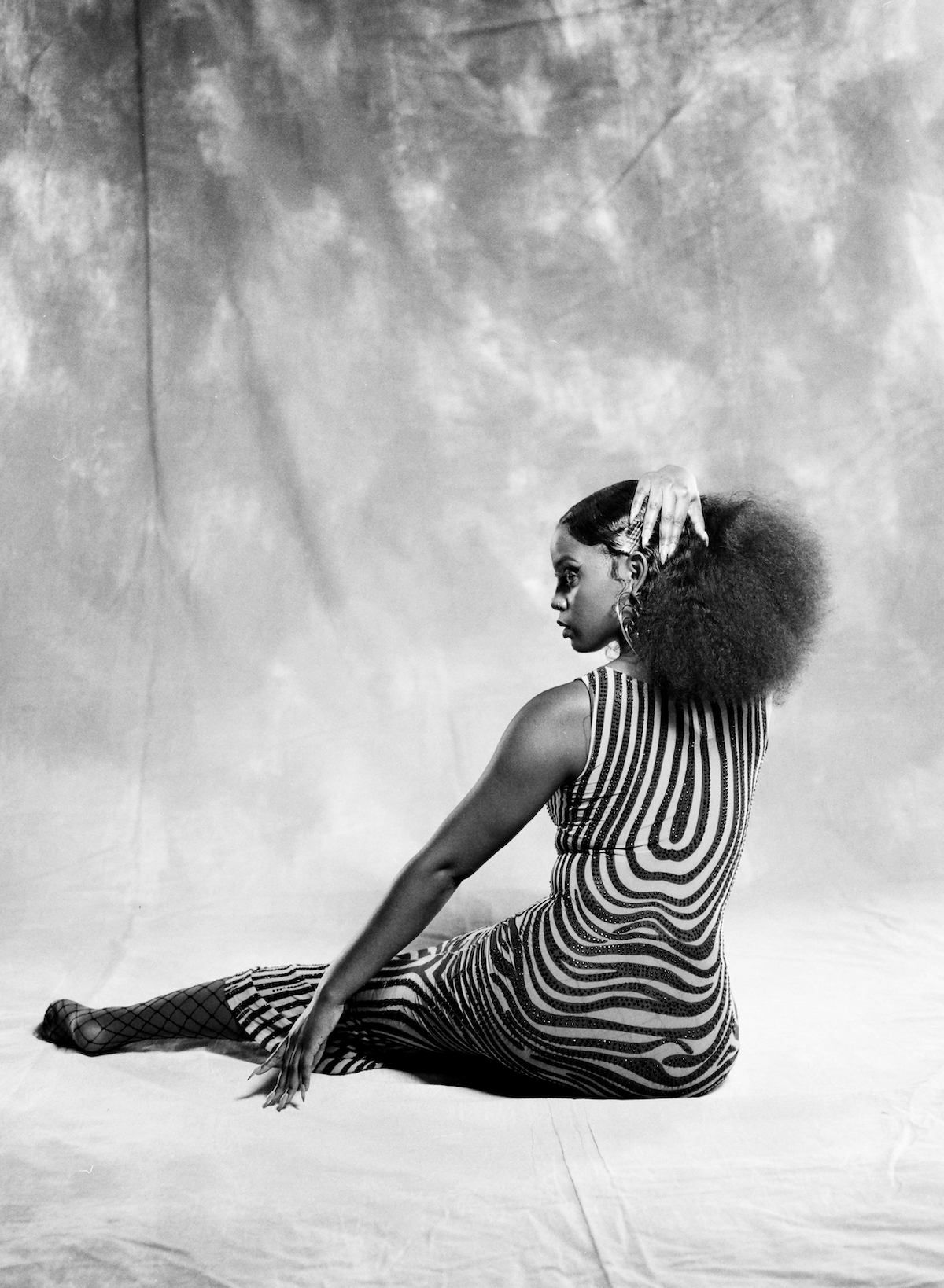 I read that you grew up in a musical household. What was that like?

I don’t really know anything else. We all, when we were younger kids, played instruments. I stuck with instruments longer than anybody else. I played the violin for about nine years and I played classical guitar for about four. There was always something to do. There was always music being played. There was always a talent show happening. In our backyard, in our living, for holidays. It really shaped my discipline when it comes to music. Now, I think of everything in musical terms almost. Because it was always around me.

Is there one specific memory from your childhood involving music that comes to mind?

We performed at my school one time, like as a band. We used to perform every weekend pretty much at the African marketplace, in different communities, things like that. But one time, we had to perform at my school. I think I was in first grade. I remember feeling like the coolest kid because all my friends came up to me afterwards like, ‘I didn’t know you could dance AND sing.’ I’d be like, ‘Yeah, we do this all the time.’ That was when I realised: this is what I really want to do.

Do you remember the first song you ever wrote?

I used to write poems a lot, for school, but the first time I ever wrote a song by myself, I was in either 9th or 10th grade. Drake had just dropped “Marvin’s Room.” Do you remember everyone was doing those “Marvin’s Room” covers? My homegirl was like, ‘we should do one’. And I was like, ‘Oh my god! Let’s do it.’ And then I was like: ‘Hold on, I wasn’t that serious… But lowkey, I am.’ And then I wrote one. I think I recorded it and put it on YouTube. Years later, I got self-conscious about it and deleted it. But that was the first time I was like: Ok, I’m going to sit down and write a song. You know? Not just little poems and little melodies and stuff, but I’m going to sit down and write a full song.

I love that that was the inspiration.

What is your songwriting process like? Has it changed since 9th grade?

It definitely has changed since 9th grade. But it differs with almost every single song. When I was younger and just starting out with writing, I used to write with my older sister Kaba. All my early stuff, we would write everything together. Then, I started writing on my own, and once I started writing on my own, I started finding some sort of rhythm, even though it varies from song to song. Usually, I will start with a melody. Honestly, I whistle a lot of my melodies. It sounds strange, but I am a better whistler than I am a singer. If I could be a professional whistler, I really would. Sometimes, the lyrics will write themselves and as the song is revealing itself to me, I kind of polish it up a little bit and put some really cool double entendres in there. Sometimes the song reveals itself to me. Other times I have to really look in and go inward and dig deep to pull lyrics out. You know what I mean?

But it differs. Actually, I always start with a melody first.

I was reading about how you also write prose, and you mentioned poetry already. At what point do you know when something’s going to be a written piece or if it’s going to be a song?

That’s a really interesting question. I think writing and storytelling and expression are to bare emotions. These expressions always know what they are going to be. It just takes some digging for me to figure out what it is that they are. Sometimes I get in my own way though. Ok, what’s the best way to put this? I have an idea in my head that I’m playing with right now and I genuinely do not know if it’s a song idea, or if it’s a video concept, or if it’s a set concept, like a concept I would take and put up visually for one of my live performances. I’m not sure yet. I play with concepts in my head in that way and then as I develop them more, they start to reveal themselves and what they actually are.

The revealing itself thing kind of leads me into this other question I had, which I think is really fascinating. I was scrolling through your Instagram and you had this caption where you talked about how you loved the way your music was being absorbed. I thought that was a really beautiful way of putting it and kind of relates to this idea of revealing as well. How would you say you want this new collection of songs to be absorbed by people?

I want people, with this project, to see me as a full human being with a full spectrum of emotions. When writing the project, even though these songs sometimes write themselves, everything is still done with intention. I don’t make music just for the sake of making music. Everything has a purpose. I really wanted that to come across in this project. And I hope it does. I also wanted to show my range as an artist, coming right out of the gate. This is just the beginning, yes, but I do plan on doing a lot of different things with my career. I don’t want to use my art in one lane. It seems like it’s chaos and can be all over the place, but everything makes sense and the common thread is me. So I wanted this project to kind of be an introduction to that, to a bunch of different worlds where the common thread is me. That’s what I wanted everyone to take away from this project.

Could you talk about what the process was like in the studio?

For most of the songs in the project, I did a lock-in. For two weeks, we just sat there. Me, my manager, who is one of my closest friends as well, a writer named Hope, and our producer. And we all just locked in and finished most of these songs in two weeks. I didn’t even have a title for the project. I went in completely open because I also hadn’t really written with anyone in a very long time, since I was a kid really, when I used to write with my sister. It was very organic though because everyone in the room, they were all there to support what it is I wanted to do. The producer Zukhan built beats around me playing the bass. He built beats around just my voice memos of melody ideas I had. Then, the woman I wrote with Hope, she’s known me for a long time, so she knows my style and things like that. She was really there to push me to commit to my ideas. Because sometimes we get in our own way, we get in our own head. Hope just really pushed me to commit to what I was already doing and told me to stop second-guessing myself. It was very organic. It was really supportive. We kind of just locked in for two weeks and got it done. And then, because quarantine started, I had to record some stuff in my closet by myself. But it worked out, so I can’t even be mad.

You brought up quarantine, so what have you been listening to, or watching, or anything that’s been inspiring you during this time?

I am one of those people who can’t really listen to that much while I’m locked into my own sound just because I will go down a damn rabbit hole, get distracted, and then I’ll be like: oh my god, now I have to do a new project! So I have to zero in on what I’m doing.

What have I been watching? I’m an actress too, so I watch a lot of shows. But they kind of don’t even relate. But I can’t even say that because everything does relate, everything does have a common thread. [to Cole, her boyfriend] Hey Cole, what’s that movie you showed me the other night that I’ve been thinking about? Remember? It was really sad. Mood Indigo? Yeah, this was not the other night, I don’t know why I said the other night, but he knew what I was talking about. My boyfriend showed me this movie Mood Indigo. It didn’t help shape Hues because I finished the project before I saw it. But when I watched it, I thought: oh my god, this is kind of crazy and like how my brain works, but in film form. So that was a really good one.

I hope during these crazy times you get to celebrate a bit too.

I always find a way to celebrate. I got verified on Instagram and my homegirl texts me, ‘Ok! Virtual drinks tonight!’ And I was like, ‘You heard right bitch! You heard right! Virtual toast!’