Let Me Be Your Fantasy: An Interview with Ariana Papademetropoulos 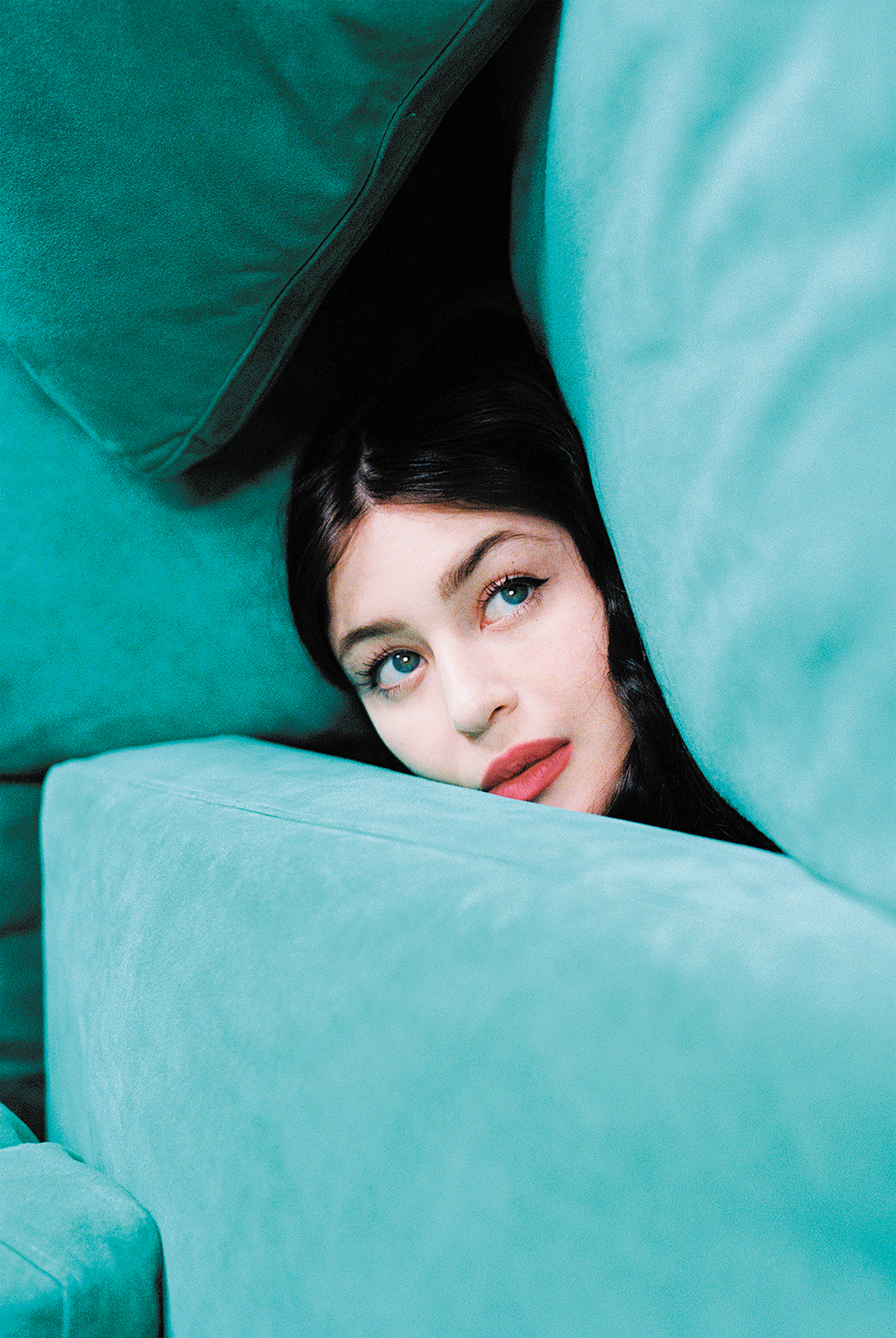 Ariana Papademetropoulos (b. 1990 Pasadena, CA) lives and works in Los Angeles, California, and is of Greek and Argentinean descent. She completed her BFA at California Institute of the Arts in 2012 with a minor in Cultural Studies and also studied at the Universität der Künste in Berlin.

Papademetropoulos explores the practice of illusion in the history of painting, through both realism and trompe-l’oeil. Her work attempts to map meanings or hidden depictions found in images and their psychological undercurrents. Through her art, she inspects the cult of domesticity as a hallucinatory fantasy embedded in dimensions above and below our physical plane. Large watermarks divide her compositions, evoking an alternate dimension where multiple realities seem to interact. 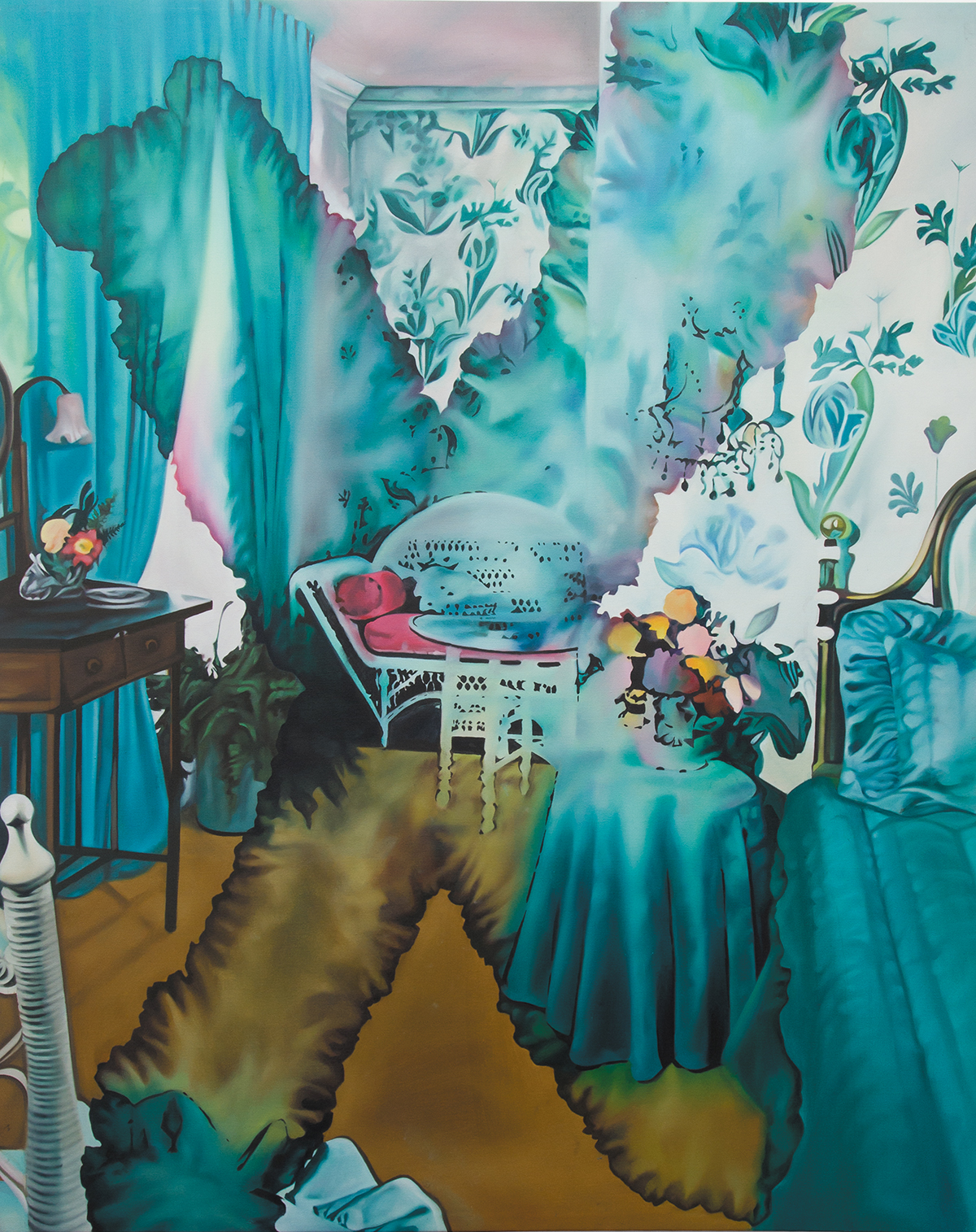 I’m trying to think of ways to describe Ariana that do her justice. I start by Googling “what animals are beautiful but deadly.” The internet clearly doesn’t get it. When I think about her, I see Botticelli’s famous Birth of Venus – only there’s Ariana as both author and subject, holding a paintbrush, standing in a seashell-shaped bathtub, and framed by a Los Angeles skyline. The best way I can describe her is that she reminds me of an acid trip gone right. This is an artist who is able to create worlds outside of and beyond painting, and who generously invites us into them.

Ariana is someone who has always been interested in art. By the time she was eighteen, she had an established sense of what her technique was and what her subject matter would be. “I made a painting, called the baptism painting, of a man drowning a girl but I flipped it over upside down and it looked like he was actually baptizing her. It was with this painting that I finally figured out the light and darkness that I love playing with. This is what I really respond to. Finding the in-between world of light and darkness, and the idea of water being this channelling medium.”

Within the elaborate, empty interiors of Ariana’s paintings, water spills become almost human-like recurring figures in a narrative, they feel alive and organic. Reflecting on the multifaceted nature of her work, the spills equally appear like accidents, only to act as intentional doorways into another plain. It is here that Ariana pulls back the veil to reveal something both magical and impossible to reach. Inspired by Los Angeles, books, and found objects, her paintings are psychedelic, soft, and comfortingly feminine. As with Los Angeles itself and described in the Baptism painting, there is an inherent duality within her work – that of the dazzling facade and what lies beneath.

Ariana’s ability to breathe life into empty rooms is reminiscent of how Turner captures the sky. This particular quality would be impossible to express in any medium outside of oil painting. Having grown up surrounded by architects, Ariana has an intimate understanding of physical space and its power to influence our moods. She builds conflict somewhere between what is haunting and humorous. As an example of this conflict, if the internet thinks of swans as beautiful but deadly, then let’s imagine Ariana sleeping in a bed of swans. In Ariana’s world, everything she makes is an extension of her reality, and her reality really is that extra. 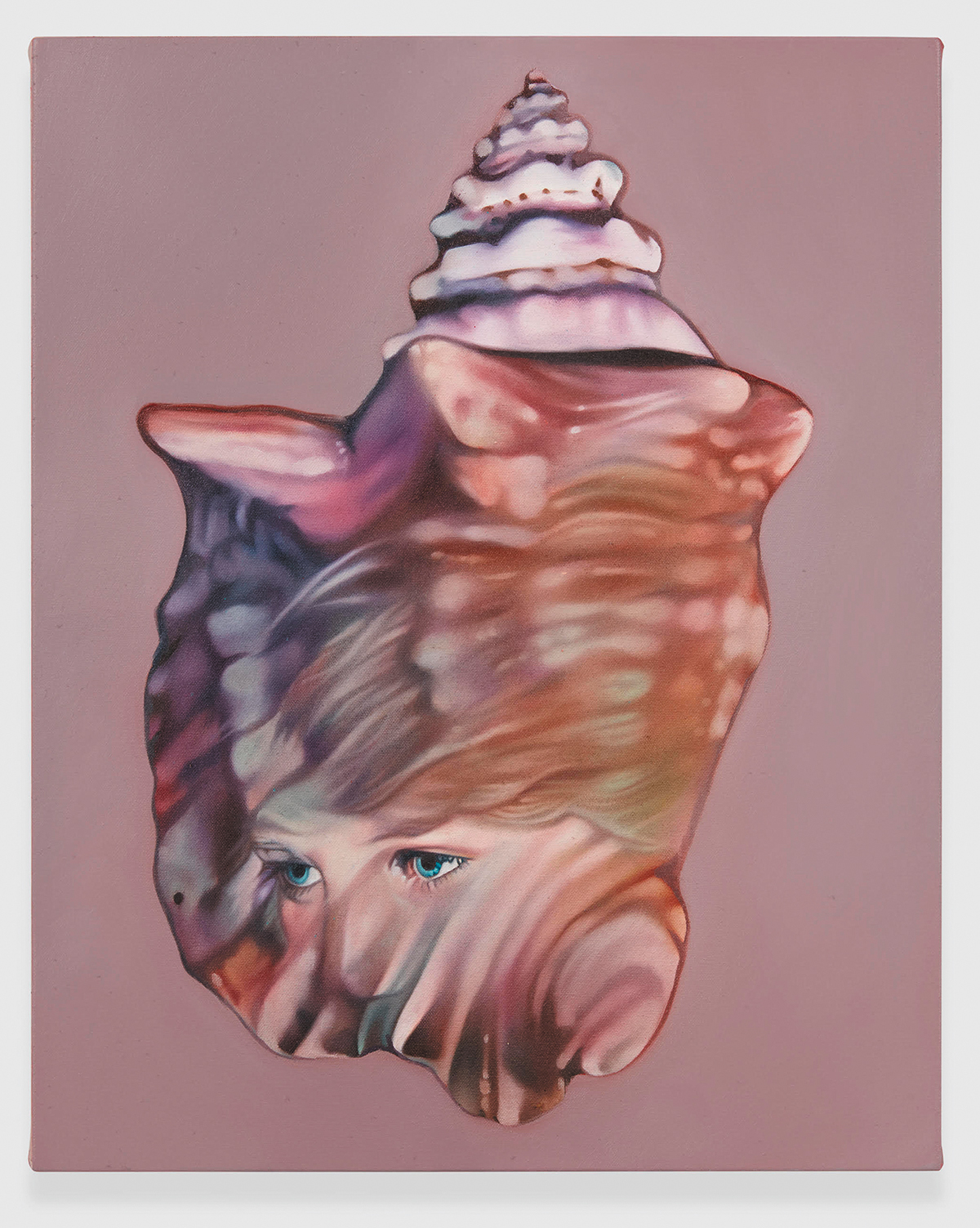 It’s this playful juxtaposition of light and dark that I find so attractive in her work. Her Technicolour explosions are as distracting as pheromones and it takes a minute before you notice that there’s also something really fucking dark in there. “Exactly! That’s like my life and that’s what Los Angeles is. It’s always really beautiful and not that it’s dark but also, it can be a really dark place. For example, you have this ideal picturesque location like Pasadena, but then there’s a satanist in the basement. I’m attracted to this kind of stuff.” Rather than trying to conceal darkness in beauty, she reveals what is magical in the shadows.

To be blunt, it’s impossible to capture Ariana on paper, she’s like the love child of a fire baptism and a rainbow. Charming, brilliant, and powerful. Track down her work, see the life-sized canvases, the elegant and kitsch interiors, the waving water stains, the mermaids, the rips, the spills, the faces in shells. Visit this parallel world. It’s a trip worth taking. 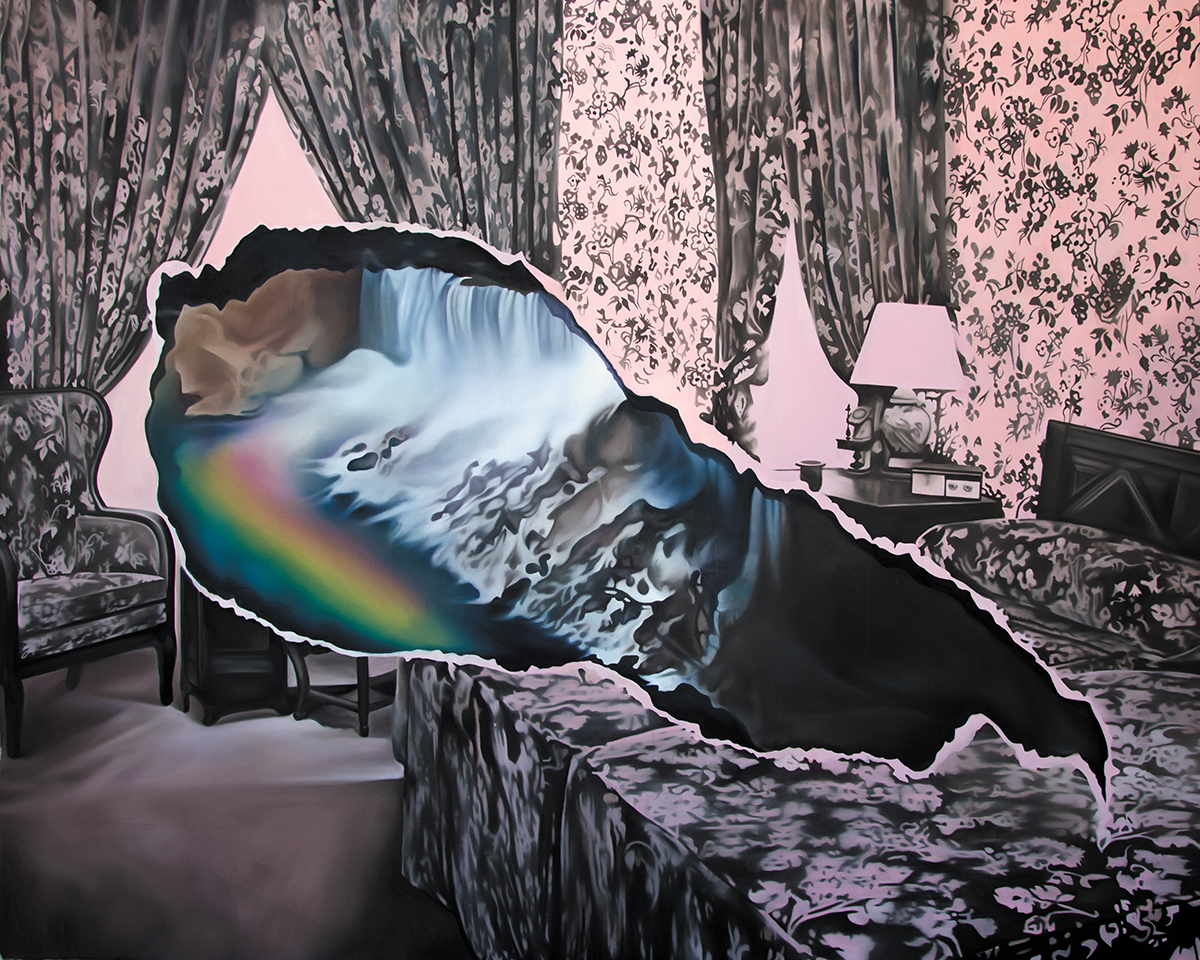