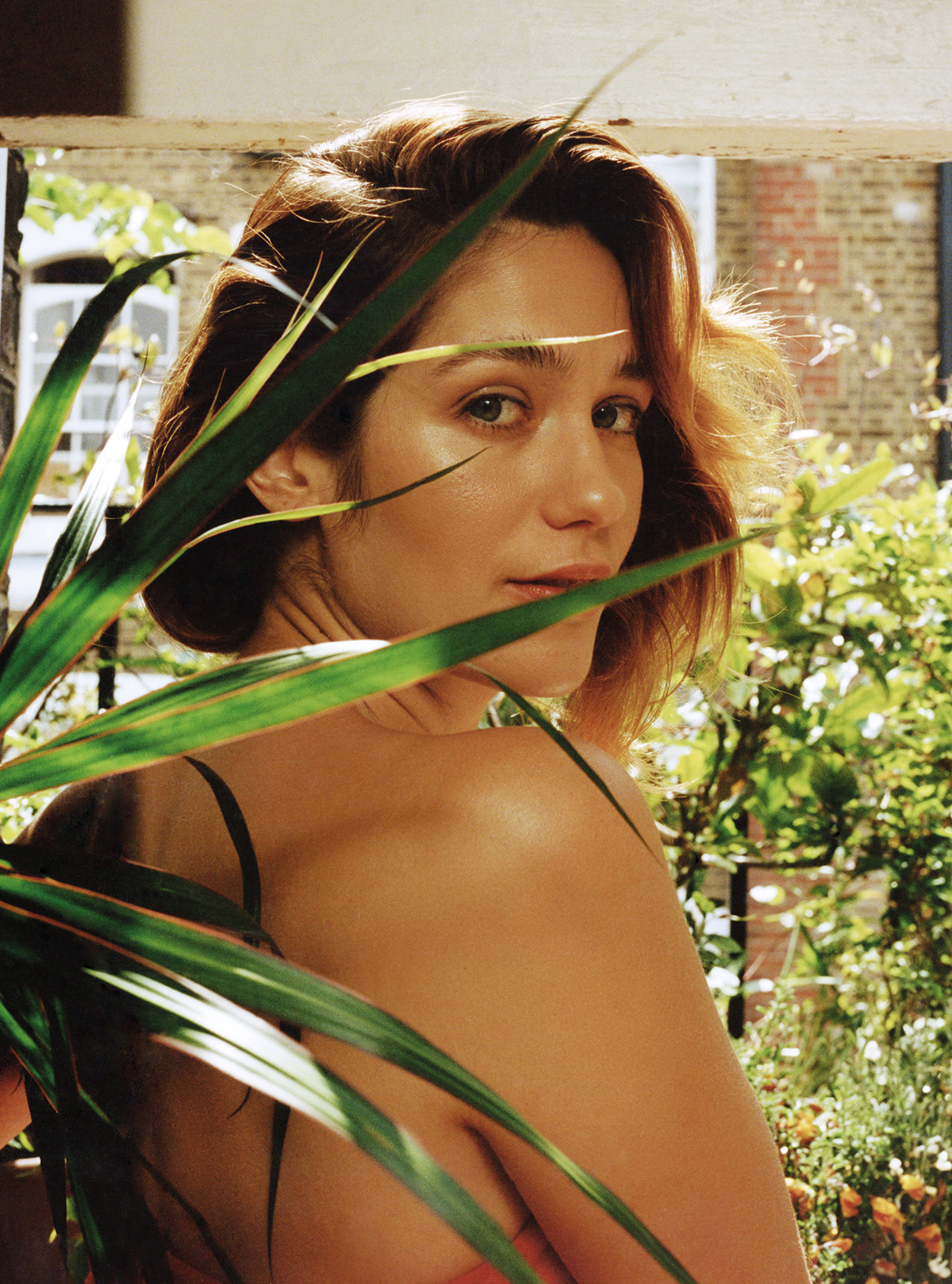 London born and New York raised, Lola Kirke is a well-regarded actor on the rise. At 10, having signed up for drama classes at school, Kirke was inspired to have found something she could excel in. Over the last few years, she has worked with powerhouse director David Fincher on Gone Girl and starred in indie movies like 2014’s coming-of-age screwball comedy Mistress America and the neo-noir Gemini, co-starring Zoë Kravitz. Though she is the youngest child in a family of creatives, she seems to have quickly escaped the shadow of her siblings’ and parents’ achievements.

Kirke also has a parallel career as a musician, singing being a relatively new venture. Last year she released her debut album Heart Head West, a collection of lovelorn country ballads and folk songs, while this September brings an EP of elegantly bruised duets, Friends and Foes and Friends Again, featuring, among others, Wet’s Kelly Zutrau and Lilah Larson of Sons of an Illustrious Father.

In this exclusive interview with Teeth, Lola Kirke, shares her thoughts on the new record, Friends and Foes and Friends Again, ahead of premier in September. We also talk about her passion for acting and music, influences, and plans for the future. 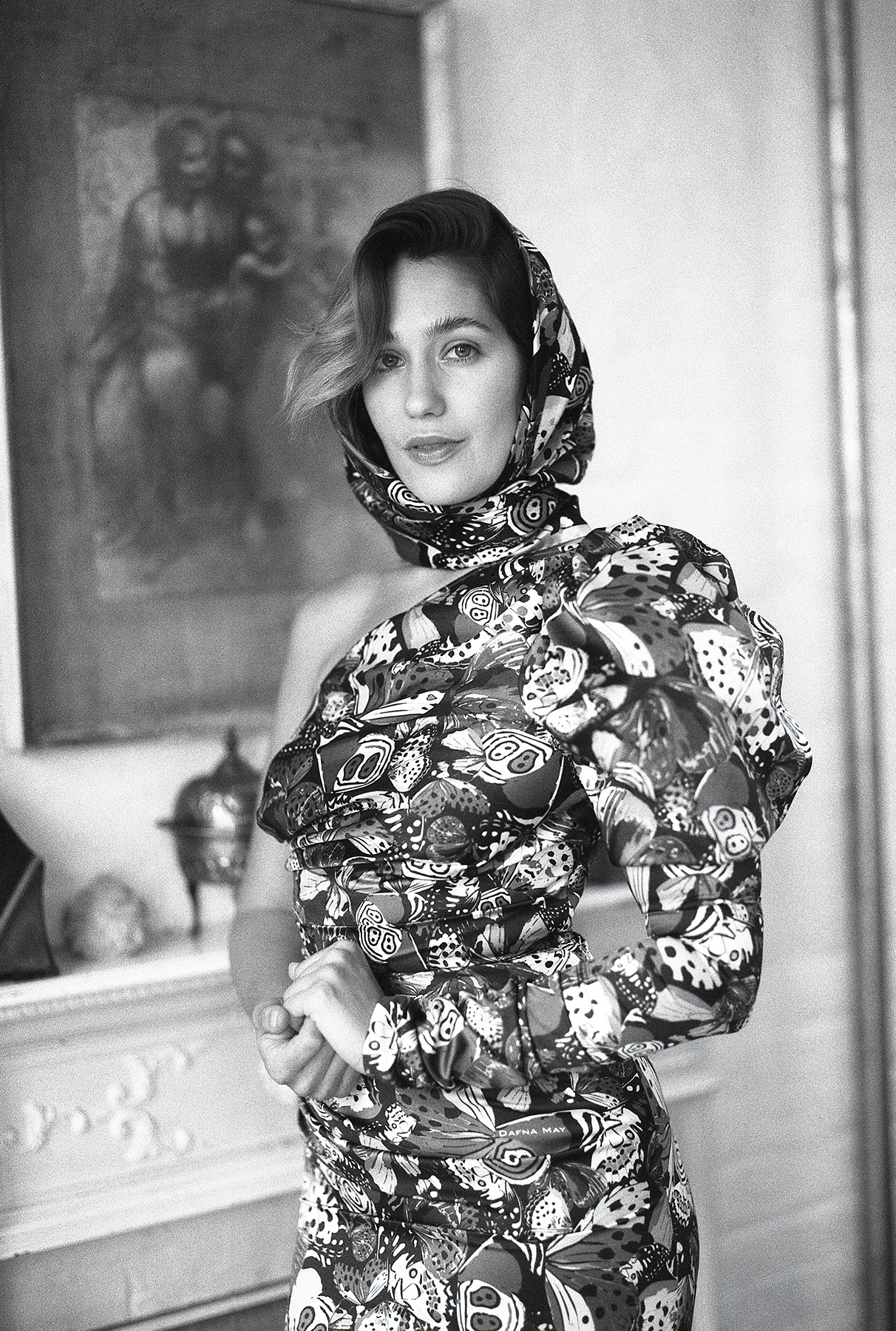 Dress and Headscarf Dafna May

Not to suggest that actors have no control, but is there a greater creative control that comes with the music part of its appeal for you?

Absolutely. Ideally, you’re still expressing the same truths through language, but it is empowering to get to write that language and choose how and when it comes out in the world.

You were born in London but raised in New York. Can you tell me how these two places have influenced you as a person and your art?

Being raised in Lower Manhattan I feel much more influenced by New York than London. I think the collaborative rhythm of New York constantly exposes its dark underbelly to you. I want my work to do the same.

I want to talk about your music, but I read that you grew up wanting to be an actor. That was your original goal. Is that true? How has your musical journey started?

I always wanted to be an actress and didn’t start playing music until I was much older. Teenage heartbreak necessitated it.

You grew up in a musical house. What was the first music that you loved on your own?

Has your role in Mozart In The Jungle affected your relationship with music at all?

I think playing a conductor while gearing up to release and tour my first record was helpful. My character’s arc really traced my own in terms of a person coming into their own power.

Can you tell us something about the writing process of your latest EP Friends and Foes and Friends Again?

I wanted to make a record that was couched in one of my favourite genres while expanding upon it with more subversive lyrical content. I’ve always loved duets records and thought that would be a fun way of doing it.

So far we’ve seen you as Greta in Gone Girl — the minor but memorable con artist; Liv in Free the Nipple — the confident ringleader of a group of activists; Tracy in Mistress America — the naive yet ambitious Barnard college student; and Hailey in Mozart in the Jungle — a sexy but geeky oboist. Did these roles all feel vastly different, or do you see a common thread?

I think I’ve played the straight man [so to speak] a lot, except for my turn in Gone Girl. It’s fun but through my own music, I get to explore and present the other sides of myself.

Can you tell us more about your video for “Sexy Song”? I’ve found it really emotional as a woman with the themes of self-editing and trying to fit into desirability.

I was feeling a lot of complexity about how I related to my own sexual desire and how women are told to relate to it generally. I wanted to explore the grotesque erotica in the video and sexual inequality in the song.

How do you feel about self-promotion?

It can feel terrible but I’m grateful it’s been a helpful tool for getting my work to reach people. It will probably kill us all, though.

Can you tell me about the creative process behind the video “Mama”?

We wanted to create an aesthetic that worked with the song but wasn’t predictable and I think Jemima [Kirke’s sister] did an excellent job with that. I also loved being aged and working with her as a director. 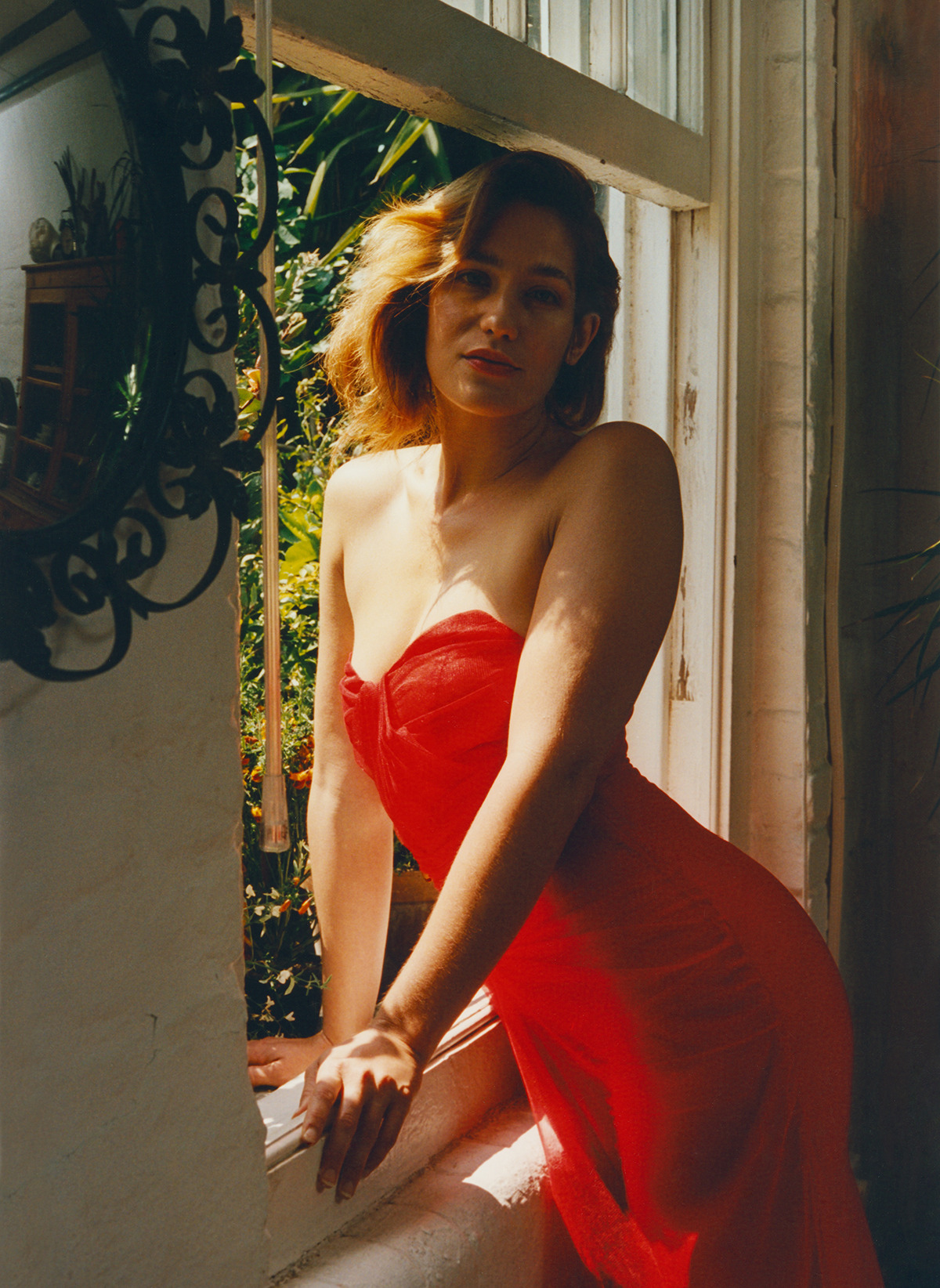 What are some things that are important to you that you like to address through your music?

Pain and confusion. I typically like to work things out through songwriting.

As a means of expressions, how do you compare or contrast your work as an actor?

It’s all drawing from the same well, just a different means of expression, and of course, musicians are typically more fun.

Who would you most like to collaborate with and why?

I think me and The Band would’ve had a lot of fun. I also love Courtney Marie Andrews and Sturgill Simpson.

What are your interests and passions outside of music?

I love writing and travelling, staying home, and cooking. Also eating and drinking. My friends and the world.

My boyfriend’s [WYNDHAM] record A Fistful of Stars. I had a ball watching Mary Queen of Scots and I’m reading Loretta Lynn’s memoirs, which are very fun. 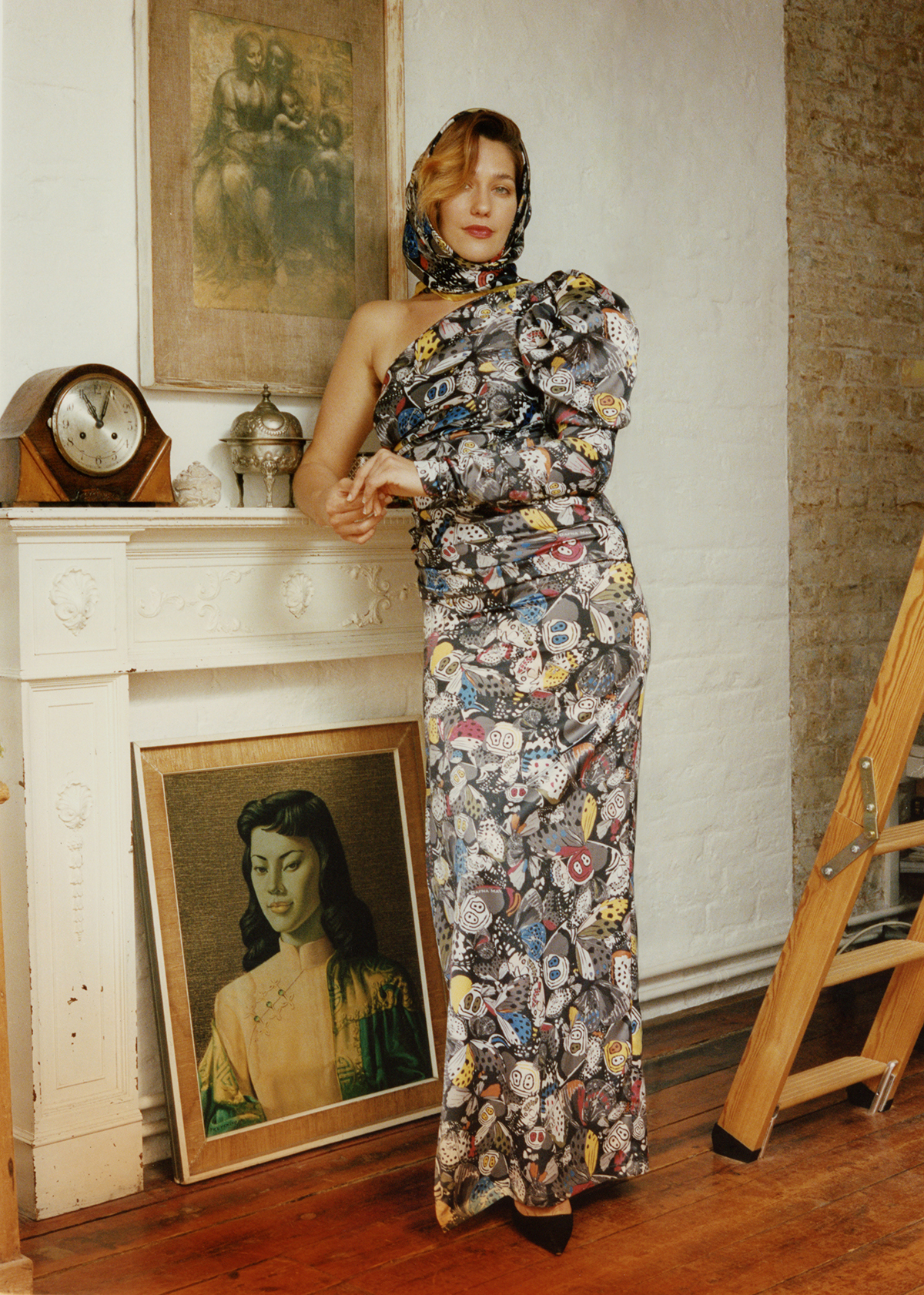 Dress and Headscarf Dafna May

Who are your musical influences?

My favourite song is a dreamy “Monster”. Tell me how this song came about?

What’s the most important song you’ve ever written and why?

I don’t know that any of them are all that important.

Drawing most inspiration from things that “don’t feel good,” Lola finds performing live thrilling. She is excited to share her new album on tour soon, and we are nothing short of feeling thrilled, too.