What's Good: An Interview with Cults 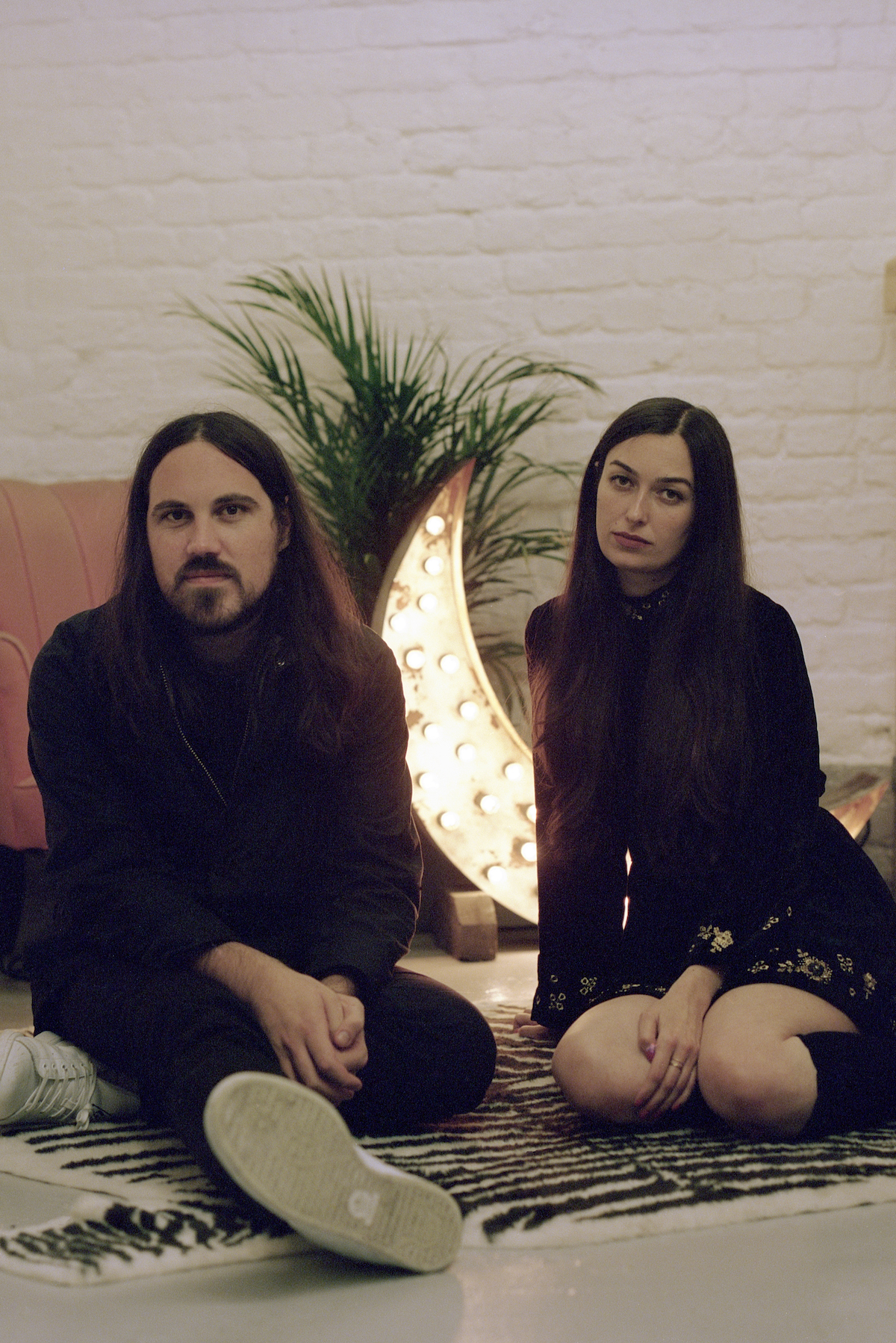 Cults made their name in black and white. The film-students-turned-musicians from San Diego create a nostalgic buzz with their 1960s-inspired tunes about love and loneliness. The band’s first two albums play like nostalgic documentaries on a lost girl group. Four years after Static, Cults returns with Offering, an exciting collection of songs in full, faceted colour, bursting with heart, confidence, shimmering melody, and buzzing life. I can tell that the time off has given the band new energy and fresh ideas that they are excited to share with their fans.

Brian Oblivion and Madeline Follin originally formed Cults as an outlet for their music experiment and a fortnight after posting their electro-pop breakout tune, “Go Outside”. Listening to it again gives off this balmy feeling that brings to mind Swedish indie pop, with a tinkling glockenspiel cutting through humidity, an appealingly lazy bassline, and joyous sing-along vocals.

We met the band in London during their European tour back in January to discuss new music and old favourites.

How did you guys meet and what ultimately led you two to start a band together?

Madeline: We actually met at a concert! Brian was on tour with my brothers band The Willowz, just driving and loading and helping out. We realised when we met that we were both moving out to New York over the summer and we started playing music together pretty much as soon as we arrived.

What’s the explanation behind the new record, the driving force?

Brian: Well one of the clichés we were throwing around when we started this record was that we felt the first record was very bright, the second was very dark, and we wanted this one to be “in colour”. For us, that meant expanding our pallet musically but also working to write some more personal but impressionistic lyrics.

What do you want the listener to take away from Offering?

Brian: That’s always a tough question. We’re not really a band with a mission statement; I think our albums are largely just snapshots of moments of time in our lives. I think we hope that listeners will feel some sense of connection, I guess. That was always my favourite part of the music that I grew up listening to. It felt like it could unlock different parts of my brain that I didn’t know were there, and it made me feel less weird and less alone. It’s also our most optimistic record by our account, so I hope it can be a comfort to some people during this sad and confusing moment.

Madeline: I was raised by a very musical family. My brother and stepdad are both professional musicians, so there was always music playing and instruments strewn around the house. I remember my Stepdad taught me how to play ”Blitzkrieg Bop” on the bass when I was around ten years old.

Brian: My background is probably the exact opposite. I never cared about music really until a neighbour moved across the street from my house when I was about 13. His older brother had a band, and they practised in the garage. After sniffing around for a few months I got invited in, he showed me how to play “Where is My Mind” – a song I had never heard – on guitar and I was immediately hooked. I traded my surfboard for a guitar that week.

What is the backstory on the “Right Words, Natural State” music video?

Madeline: That’s all Elliot Sellers, the director who made both of our videos for this record. When we work on videos, we seek out people first. We’ve learned over the years that the crazier and more impossible the concept a video sounds, the better it’s going to turn out. We love and trust Eliot because his ideas are nuts.

What is “Cults”? How did you guys come up with the name?

Brian: I think it just spawned from the kind of a lifelong fascination. We grew up in San Diego, a very new age spiritual kind of place. I also lived less than a mile from the Heavens Gatehouse for a while. We were searching the internet for a quote to open “Go Outside” and stumbled upon the Jim James speech, after that the name Cults just popped right out!

My favourite song is the ultra-dreamy “Always Forever”. What inspired this track?

Brian: That was the last song written for Static. We didn’t really need another song, but I remember our engineer Shane Stoneback, who is in a band with Jim Jarmusch, was explaining to us the plot of “Only Lovers Left Alive” before it was announced. He said it was a love story between two vampires, one of whom is a basement musician in Detroit. I think I tried to imagine what kind of music he would make, and the song just kinda came together.

Do you remember your first gig together?

Madeline: Intimately! We never intended this thing to be like a real band, and by the time we released our first songs and started getting some attention from labels and like, we had never played these songs live. We didn’t have a band! Anyway, we got an email from an awesome venue in New York called The Mercury Lounge asking us if we wanted to play, and we knew there would be some people there so we thought “Shit, we can’t play our first ever show in front of Columbia Records…” Luckily, my stepdad is friends with a guy in Pittsfield, Massachusetts who runs a kind of venue/community centre and he had us open a tiny show with some high school bands. It was the best idea because we messed up so much!

Which song did you have the most trouble with when writing the new album?

Madeline: “Right Words” was kind of a problem child but also a golden goose of sorts. We kept trying to write a chorus for it, but every time we did it didn’t quite fit. We liked how the choruses sounded on their own though, and “Gilded Lilly” and “Good Religion” were born off of clipped out choruses from that song.

What records do you listen to while on the road?

Brian: A lot of Steve Miller Band. Like, a lot.
Madeline: We just finished a Europe tour, and we didn’t bring an Aux cable, so we just listened to Classical Radio the entire time. It was nice!

What’s the best and worst thing about being on tour?

Madeline: Best is the energy you get from the shows, that’s the whole reason you go on out there. Wake up at 6:30 and drive ten hours a day. Worst has to be the food. So many gas stations.

What’s the most important song you have ever written and why?

Madeline: Impossible to know. We’ve heard a lot of great stories about how people relate to “Go Outside”, from literally agoraphobic people changing their life to parents with nonverbal children who said that song got their kid singing for the first time!

If you could go for a drink with anyone either alive or dead who would it be and what would you drink?

Madeline: I would have a tea with Harry Dean Stanton.
Brian: Ipecac with Donald Trump.

What’s happening for you next?

Madeline: Lots more touring! We also have a secret project coming out in the Spring that we are really excited about. After spending a while off the road, we are having such a great time playing again and we want to keep touring forever.