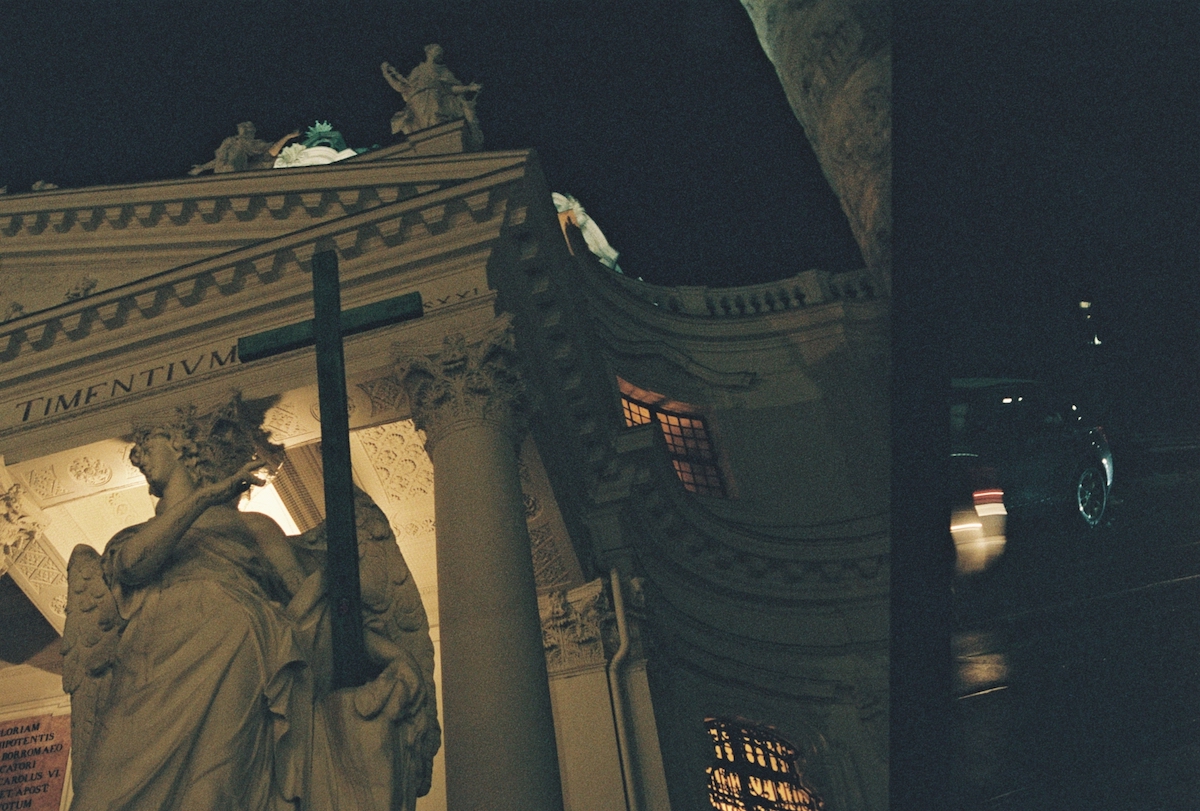 There’s a line in Austria’s national anthem that goes, “A nation blessed with beauty”, however thus far nothing had truly prepared my senses for the visceral overload the authentic Viennese modernism brought me. With historical powerhouse composers like Mozart, Beethoven, Haydn, and Brahms choosing the city as their place of residence, it’s no wonder that Vienna possesses a paramount reputation around the world. Writer Kimberly Bradley describes her virgin visit to Vienna, “It’s as if the mere act of walking down a Viennese street is time travel, both backwards and forwards”. This quote truly resonates through my encounter with Vienna, a city that genuinely transforms grandeur into tactile experiences that inspires effortlessly. Just like the melodies of the famed composers that once resided and wrote here, the imperial nostalgia merged with contemporary trends informs the unique themes of affairs that make up Vienna. 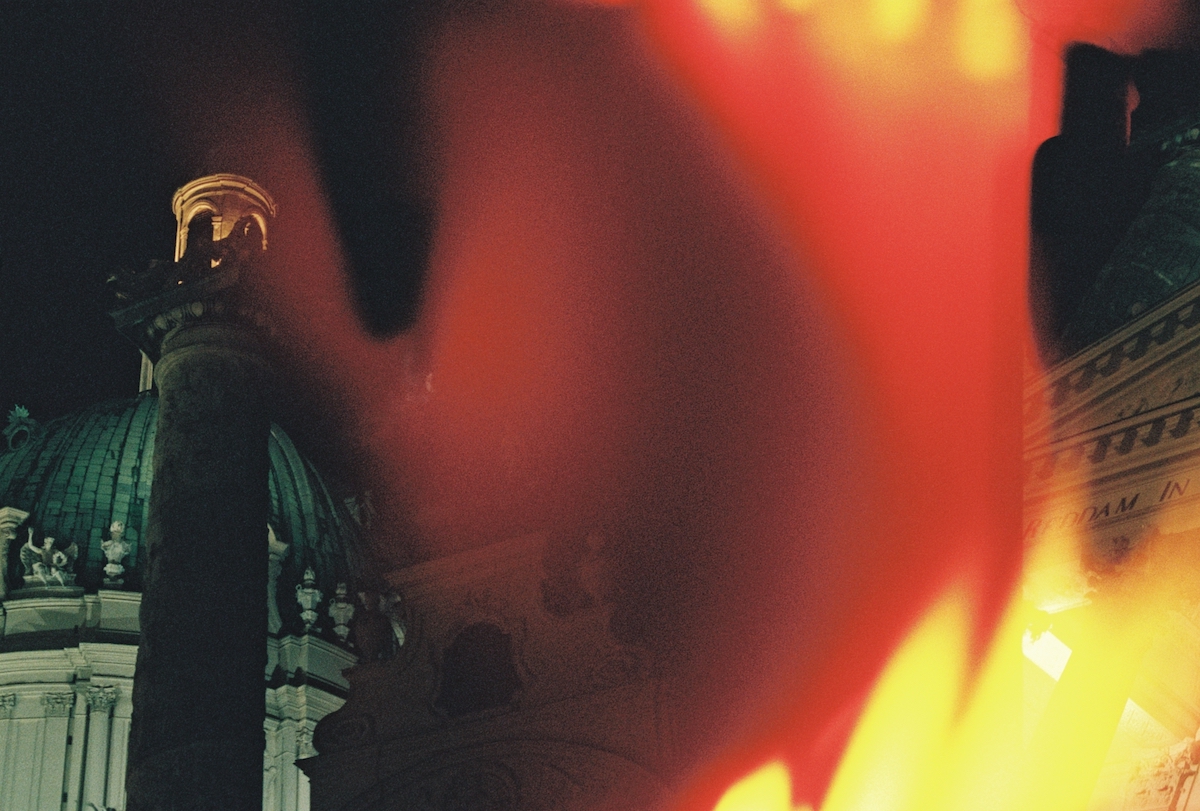 Upon arrival, we are lodged in one of the city’s contemporary new builds and prime representative for Vienna’s continually developing architecture, Hotel Topazz. Located adjacent to the medieval splendour that is St. Stephen’s Cathedral, I feel as though the city had already opened its sprawling and unassuming opulence in front of me. With the smell of roasted almonds and Glühwein luring inquisitively, I felt as though it was calling me out to explore further. In tandem with our thoroughly cosmopolitan accommodation lays the restaurant Bloom situated under the roof of Hotel Lamee. This is where we have our first introduction to Viennese cuisine, a culinary red thread that will colour my four days spent in Austria with sensory delight and a yearning for trousers with elasticated waistbands.

Wandering through the narrow cobbled streets of such architectural curation indeed makes one’s imagination wander. I speculate in how the divine inspiration between fleeting moments of romance would have played out through the eyes of the four protagonists of Viennese modernism – painters Gustav Klimt, Egon Schiele, the architect Otto Wagner, and universal artist Koloman Moser – and manifested in the form of works in art, architecture, and design. 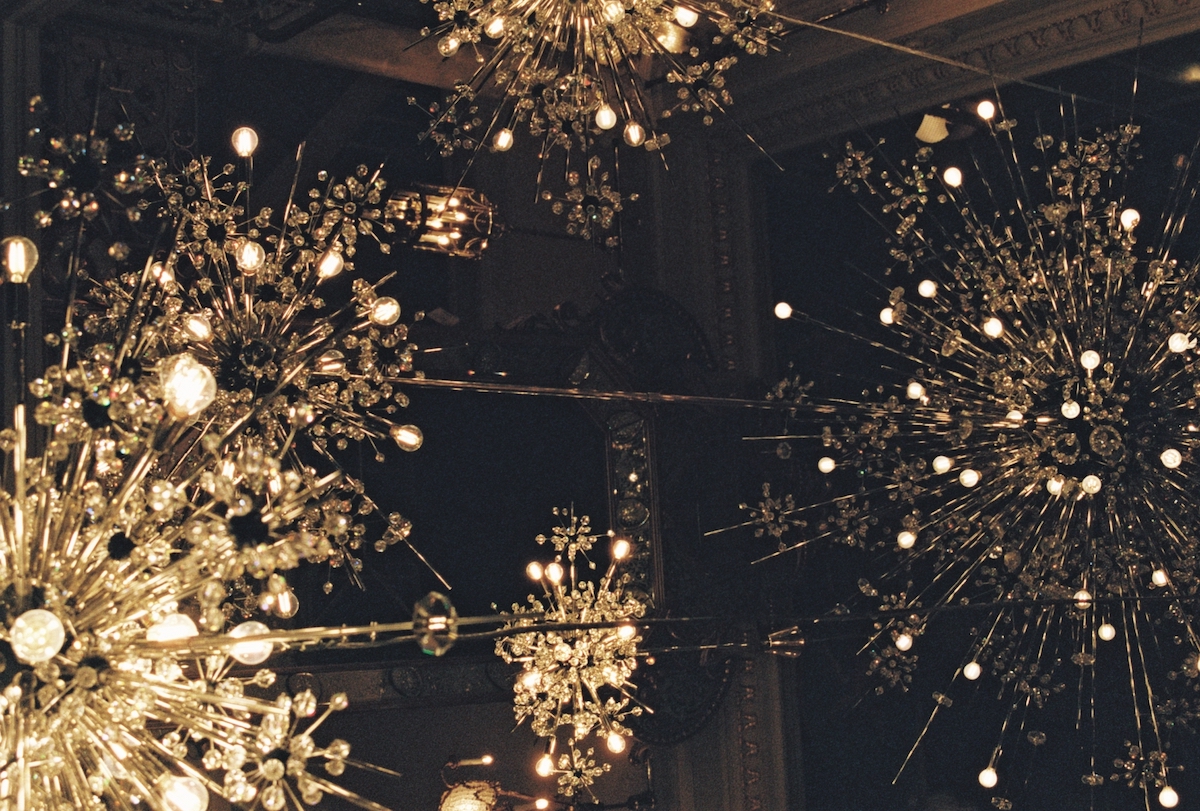 Vienna in winter renders spectacular sights that enthrals the senses, especially visually with its grand-yet-varied architecture. If you like me feel compelled to immortalise photogenic details upon their discovery, time spent wandering through Vienna might not be done with haste.

We get the pleasure of a guided tour and superb lunch at Salonplafond restaurant in the MAX (Austrian Museum of Applied Arts/Contemporary Art) accompanied by the head of its magnificent furniture collection from 1974-2004, Christian Witt-Dörring. While being familiarised with the free renaissance architect Otto Wagner and how his mark is left all over Vienna, we wander the streets cradled with charming traditional Viennese coffeehouses and shopping to satisfy the most avid shopaholic. Christian recites a saying by Italian architect Paolo Portoghesi, “The Viennese were the only people to create a balance of perfect harmony between the rational and emotional”. As the day fades and my feet tire preparatory to my eyes, these words chime true with the knowledge I now embody about this city. 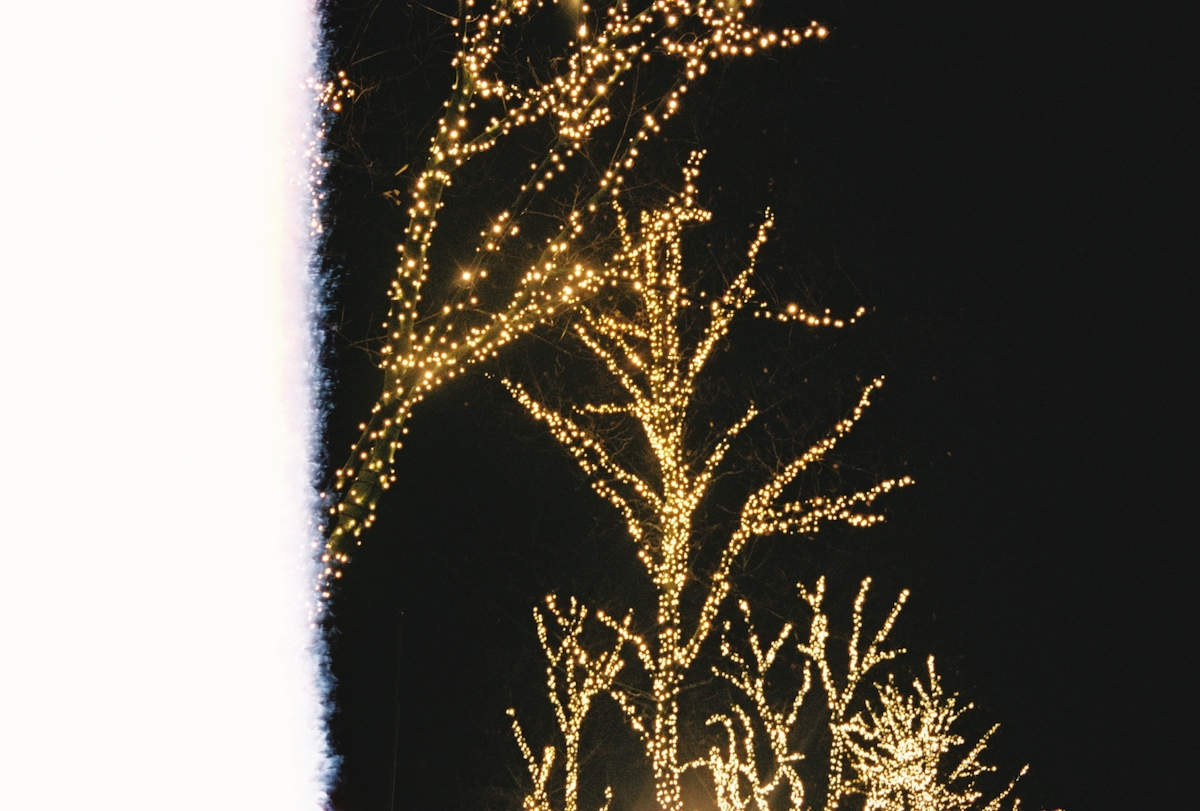 Nighttime turns out to be my favourite display of Vienna as it becomes sprawled in a festival of lights from the 2.2 million bulbs adorning trees and buildings down the main street to the more elaborate decor of the Christmas markets. Exquisite panoramas of the city skyline at night tell tales of progress and preservation, at which point my first visit to a rooftop Christmas market at the Ritz-Carlton, yours truly indulges in one too many Glühwein’s and indeed gets a sense of the unforgettable festive ‘Yuletide’ setting.

With over 50 theatres and 150 museums showcasing Viennas extraordinarily rich cultural tapestry, the city itself continues to amaze and guide my experience. In 2018, Vienna will celebrate its modernism and the four chief protagonists (all deceased in 1918). Their life and work will be remembered at numerous exhibitions and events during this anniversary year. Then as now, Vienna was and is a vibrant hub for the arts and the creative sector.

Egon Schiele, the Mozart of the Viennese modernist art scene and Gustav Klimt’s protege, redefined the elegant lines of Viennese Art Nouveau catapulting his meteoric rise into the art worlds of the present. His works today, ranked amongst the worlds most significant expressionist depictions, can be found in the Leopold Museum. Located in the architecturally superior MuseumsQuartier, it houses more than 40 paintings and over 180 works on paper. As Schiele is a personal favourite, I am enthralled by the exhibition; spending hours engulfed in his artistic depictions of eroticism and sexuality which feels as important and controversial in present-day as they did at the time of their creation. From March 2018, the 100th anniversary of Schiele’s death, the Leopold will present for the very first time ‘Egon Schiele, expression and Lyricism’, a group of his works in dialogue with various handwritten pieces and poems, as well as documents, photographs and other objects from his life. This approach allows the exhibition to look at his personal experience and poetic talent from a fresh perspective.

Amongst the vast array of museums housing works by Schiele is The Albertina and The Belvedere Palace. The thermostat hits new lows, and gusty winds sweep snowflakes through the air as we take a private tour of the latter. There is something transformative about roaming unaccompanied through halls of grandeur in the presence of some of the most magnificent art known to the modern world. My footsteps echo in the ornate surroundings and my imagination revels in the narrative devoted to these components of history. As we are guided through a painted timeline of Viennese modernism preserved through art, each item tells a story much like a symphony, its crescendo being ‘The Kiss’ by Gustav Klimt, his most famous composition. 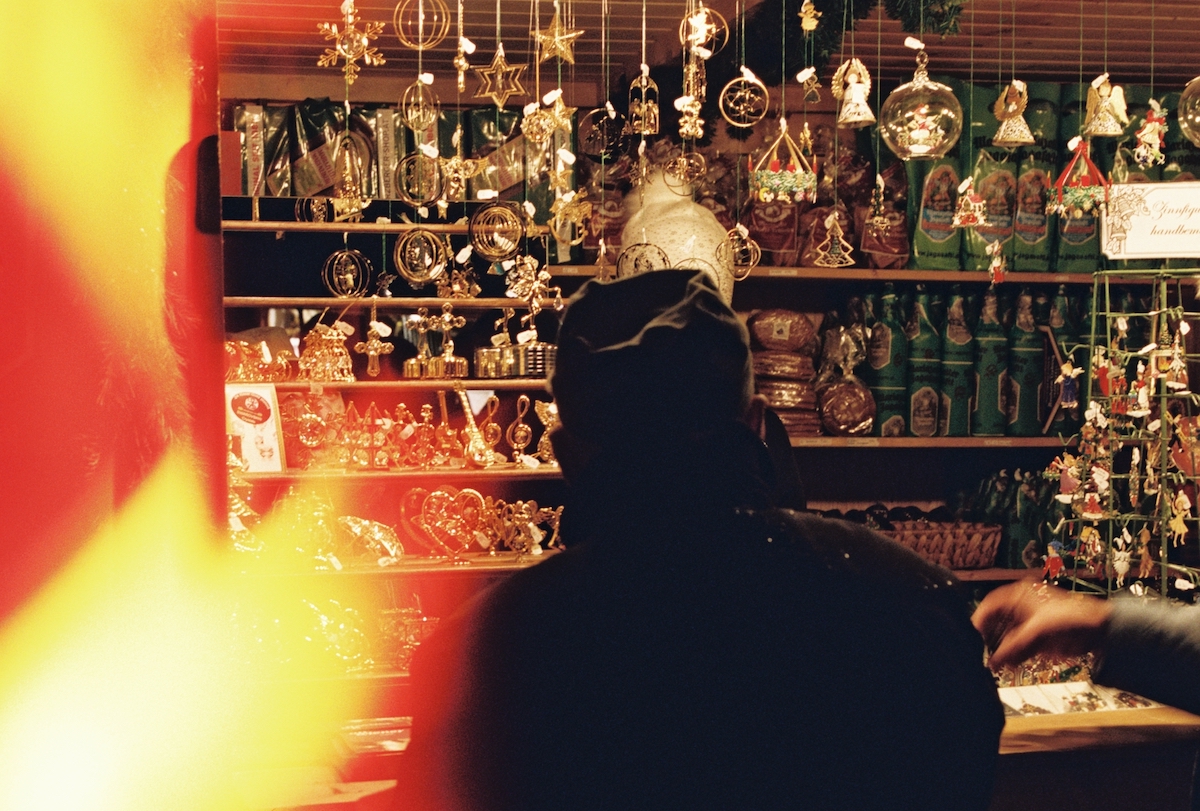 Before I start feeling like Cinderella lost at the ball, our tour is over, and we are ushered out through the wide glass double-doors into the bustling crowds of the surrounding Christmas markets. The contrast of the marble floors echoing below my feet to the hustle and bustle of joyous attendees is poignant and exhilarating. Famed for its Christmas markets, the oldest stretching as far back as 1772, Vienna has finessed the art of the holidays to make even the most frugal grinch indulge in the festivities.

One indeed senses the distinct impression that the Viennese truly knows how to celebrate in style. Whether its a multi-course cuisine dinner of Micheline quality at trad-mod restaurant Lastabelle or a classical concert rendering of Vivaldi’s ‘Four Seasons’ in St. Charles Church, Vienna delivers to exceptionally high standards and leaves me breathless with culture yet still craving more of its integral beauty. The latter immerse the viewer (and listener) of the last work of the eminent baroque architect Johann Bernhard Fischer von Erlach in the form of the most spectacular fresco I’ve had the pleasure of experiencing. 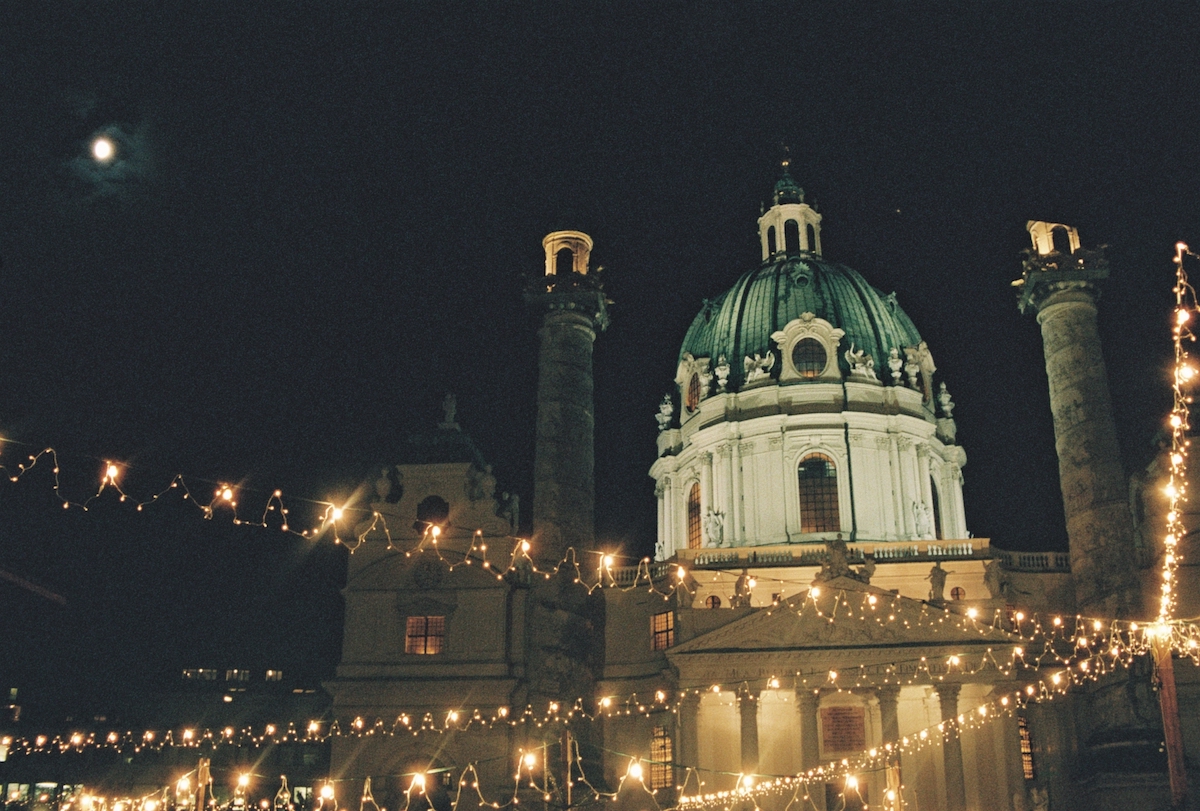 My travels take me a lot of special places, but I leave Vienna with the distinct sensation of its entire ‘je ne sais quoi’. Late afternoon light plays across the glass stained surface in a smoky room while I reflect on my experience over a whisky sour at the iconic art deco venue Loos Bar, one of the few places left in Vienna where enjoying a cigarette indoors is still permitted. You can feel the palpable tension of Vienna’s grandeur past suspended in the air as if frozen in time.

Free of forced flashbacks, with an openness to continuing traditions, Vienna owes it universal appeal to the way it excitingly combines imperial nostalgia with a highly creative cultural scene. The city responsibly cultivates a precious heritage and charming traditions while simultaneously taking onboard the latest trends. With Christmas right around the corner, I know where I will be getting into the festive spirit and purchasing my advent calendar this year.