Photos and words by Armin Tehrani 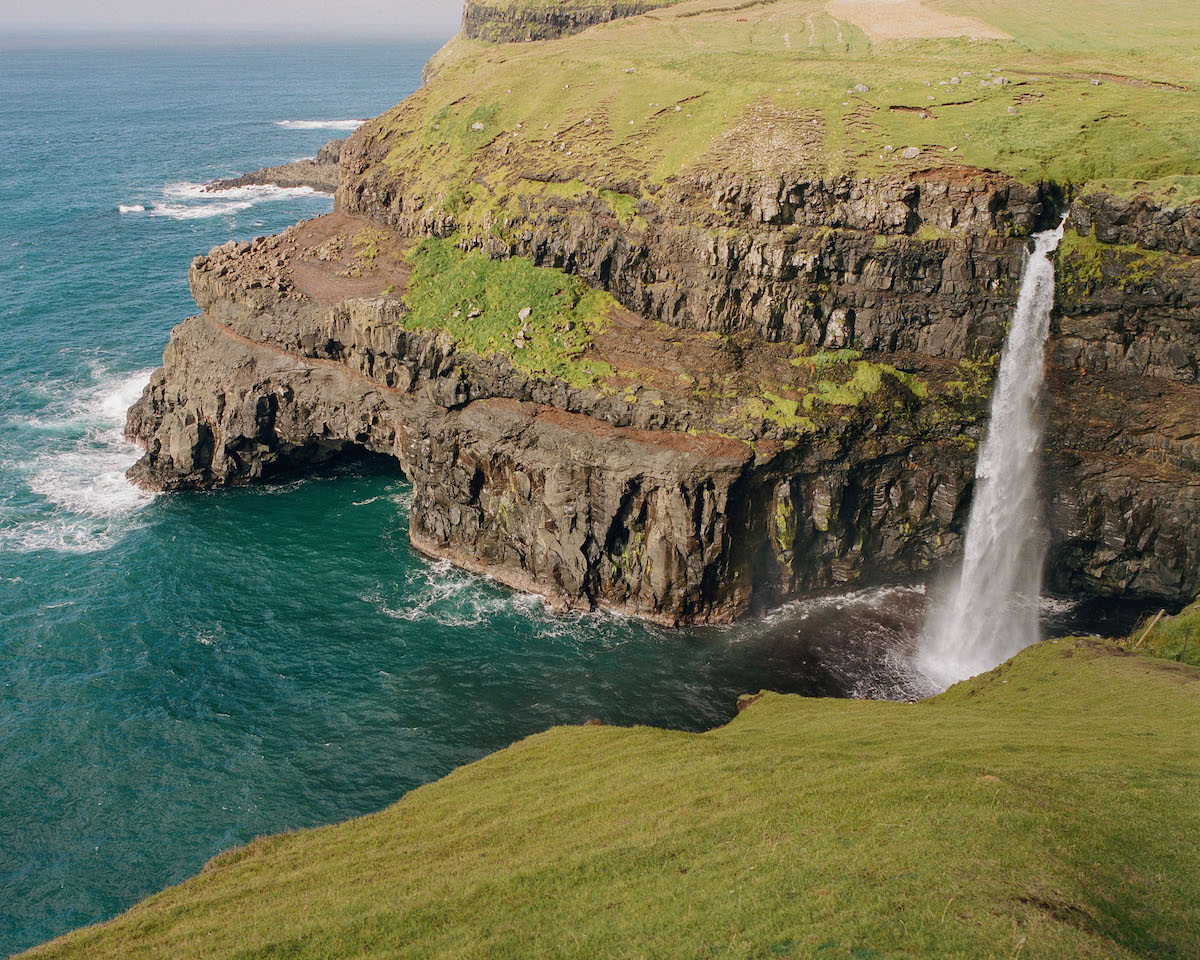 Before touching down into Vágar Airport, my fear of flying temporarily subsided when peeking out the window from my aisle seat to see endless highlands untouched in this country of under 50,000 inhabitants. The Faroe Islands is a self-governing archipelago, part of the Kingdom of Denmark comprised of rocky, volcanic islands between Iceland and Norway, connected by road tunnels, ferries, causeways, and bridges. Following a bit of a rough landing, we got off onto the runway and the mood was set as soon as we could breathe in possibly the freshest air on Earth. My three friends and I were unlearned with the offerings of the Faroe Islands, but we could tell that eyesight was not to be wasted looking down on our mobile devices. We drove off from the car rental agency with no planned stops in mind, except for a few recommendations from friends who had previously travelled the country. Fortunately, the only map needed was the road ahead and we figured it out as we went along (with help from our phones of course).

Only twenty minutes on the road and we had already arrived at our first stop, the Múlafossur Waterfall, which overlooks the Norwegian Sea. The fog blankets the land as if it was to be kept hidden from above, but luckily clear skies were given a rare guest appearance for us to get a full glimpse of the land. As we walked down the trail to the viewpoint, a curious, yet friendly border collie greeted us to what seemed to be his backyard. How heavenly for a dog to have that much estate to roam around on, while also having daily groups of tourists to play and fall in love with him. We tracked the sound of rushing water to observe a powerful stream spilling out into the sea below. It’s hard to find places that can be labeled as ‘majestic’, but this word was quite appropriate and overused during the course of our trip. 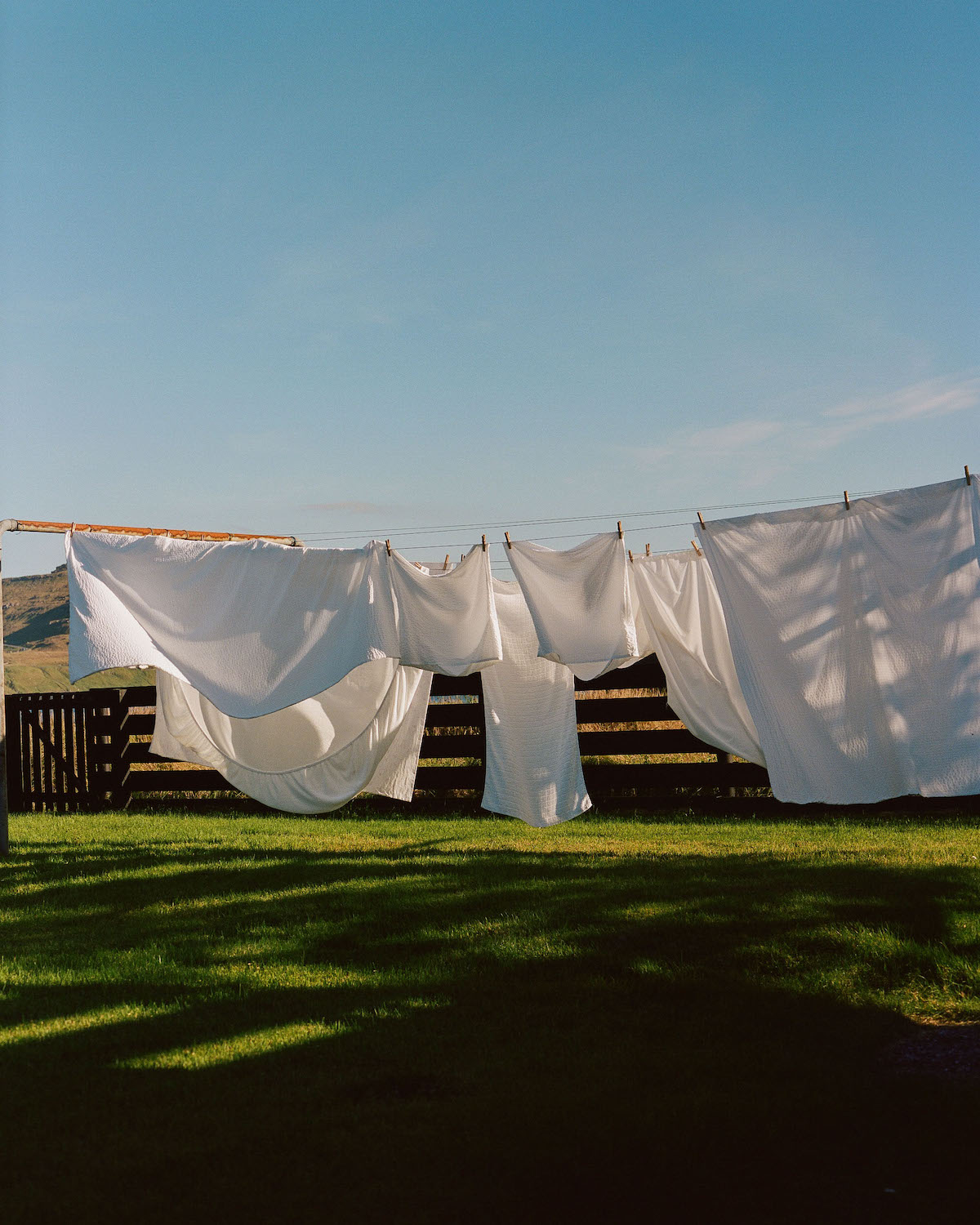 Following a trip to the grocery store, we arrived in Skála where our home base was located; a modest bungalow located on the edge of a fjord. In the backyard, white sheets were hung up to dry on the laundry lines, blowing dramatically, displaying the immensity of the strong winds in the region. Either these changes in air pressure held you down or pushed you forward. I could not imagine how daunting it would be to feel these winds at the peak of one of the many mountains on the islands. 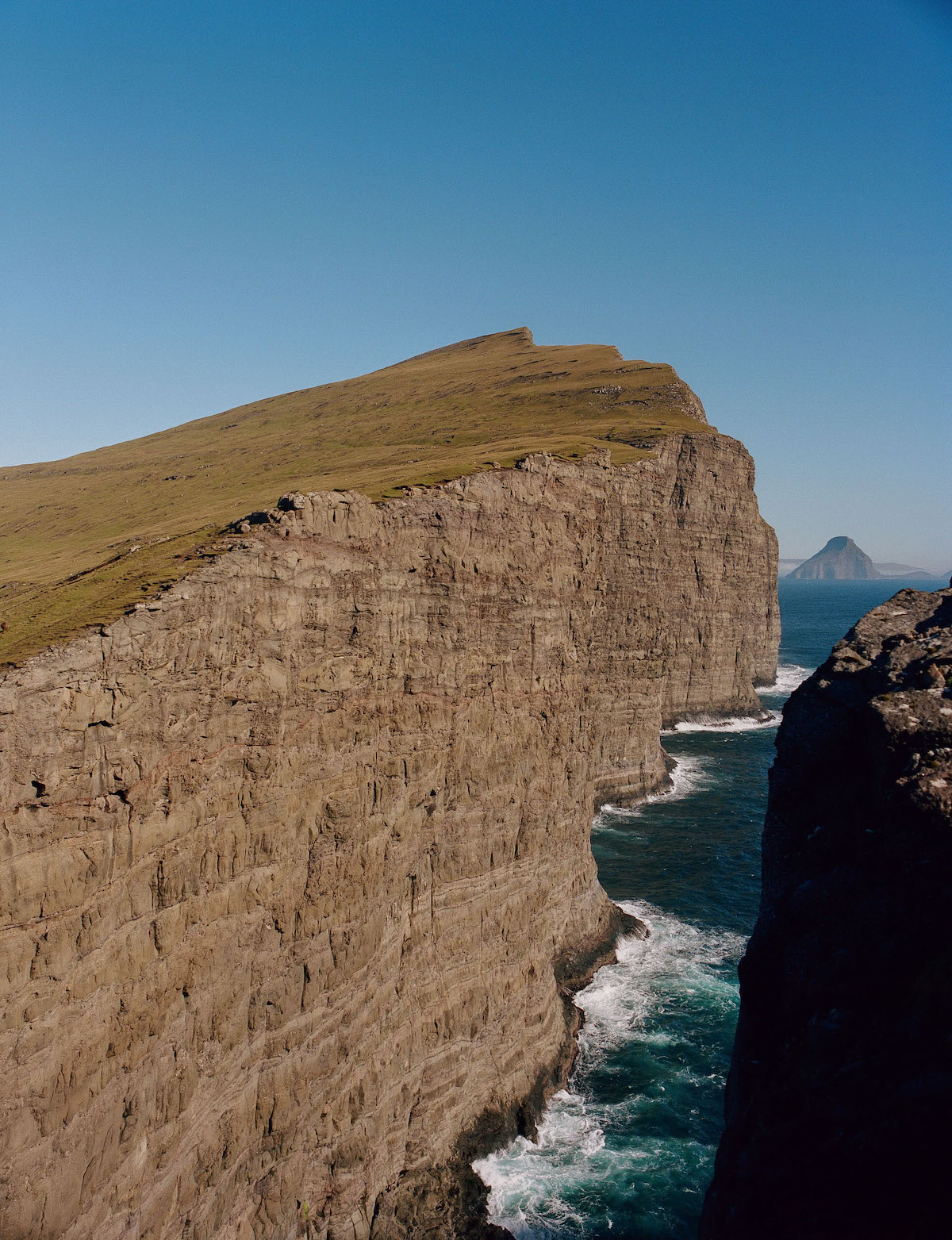 On our second day, we set out for our first hike to Sørvágsvatn. The unique topography of this area gives the effect of an optical illusion where the lake appears to be higher above sea level than it actually is. The trek to the surrounding cliffs is open for any daring spectators to peek over the edge. Some locals mentioned to us that slaves were often thrown off into the sea if they ever disobeyed their masters. The thought of being forced off the bluff into a subsequent demise contrasted our current enjoyment of the grandiose backdrop. Continuing to the end of the trail, the Bøsdalafossur waterfall appeared before us, where an endless surge of water once again poured into the sea. With all of these epic waterfalls draining the land, I wondered how this country replenished its bodies of water. The approaching mist and torrential rains quickly answered my bewilderment. 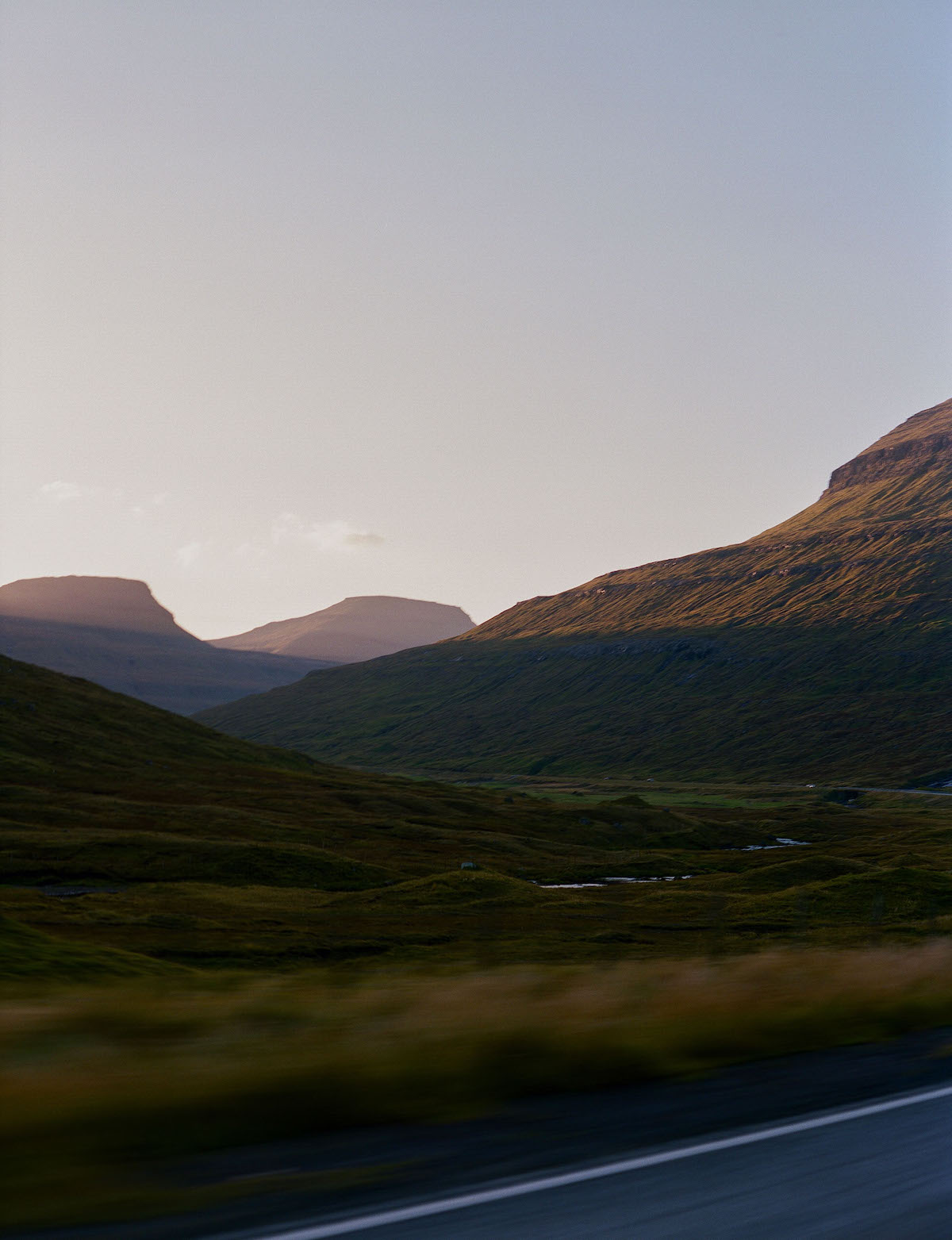 The roadways connecting the Faroe Islands are not aimed to be just means of transport. The beauty of the landscape is transitioned by each curve in the road and when you proceed from one of the many mile-long tunnels burrowed through the mountains. A lot of intention went into our accompanying playlist. The idea of catharsis turned out to be a recurring theme for this retreat, so the choice of music had to reflect on that. Surprisingly, Elton John’s “Tiny Dancer” became an unofficial anthem for the ride. Maybe it was the twinkle of the piano keys that settled us into the surrounding atmosphere. 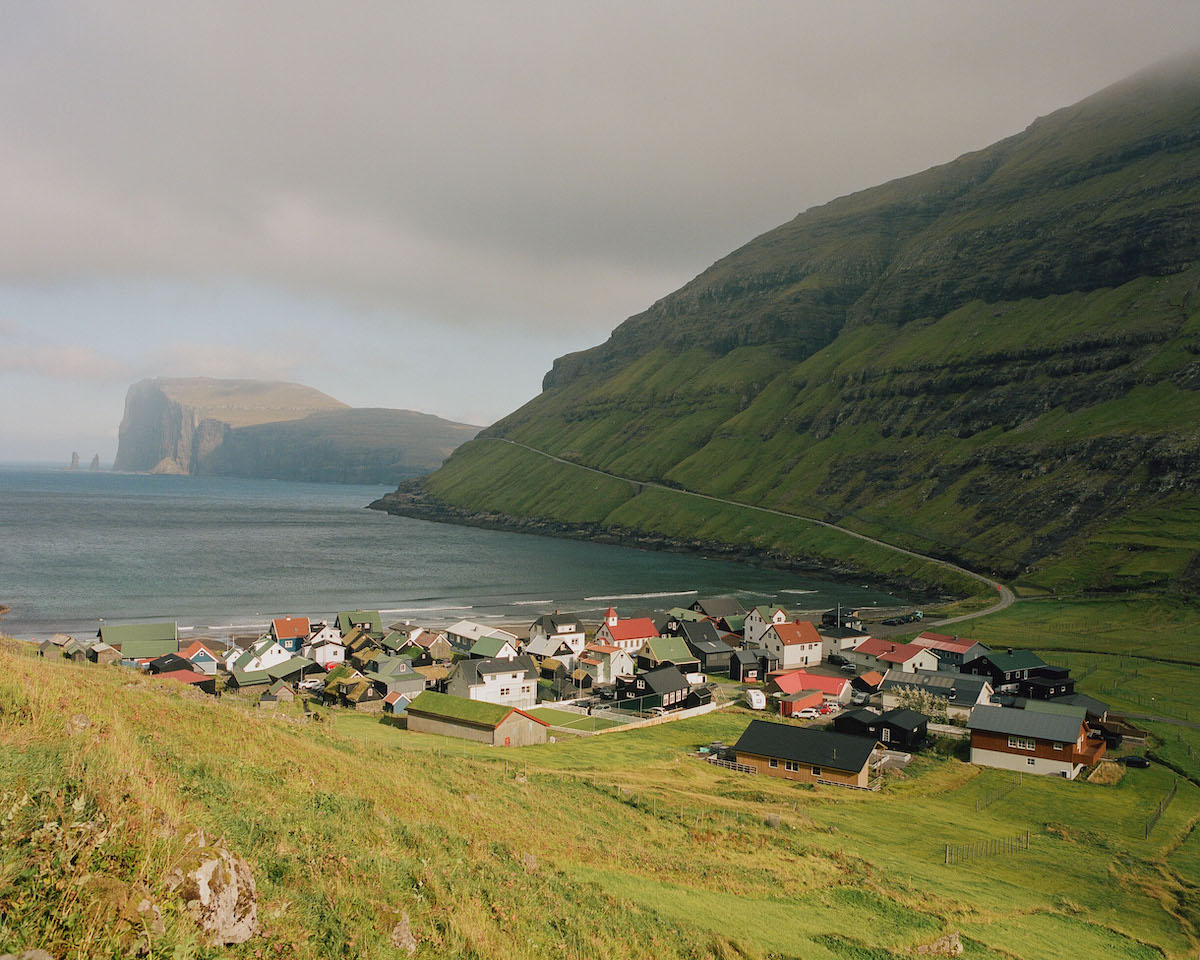 When arriving at Tjørnuvík, we were stunned at the abrupt appearance of this remote village, particularly being the northernmost in the country. While sitting on a log on the beach, we cracked open some Faroese beers and took in the scenery. The waves crashed onto the shore, resetting the lines in the sand. All thoughts of anxiety from our urban lifestyles were blown away into the trees. 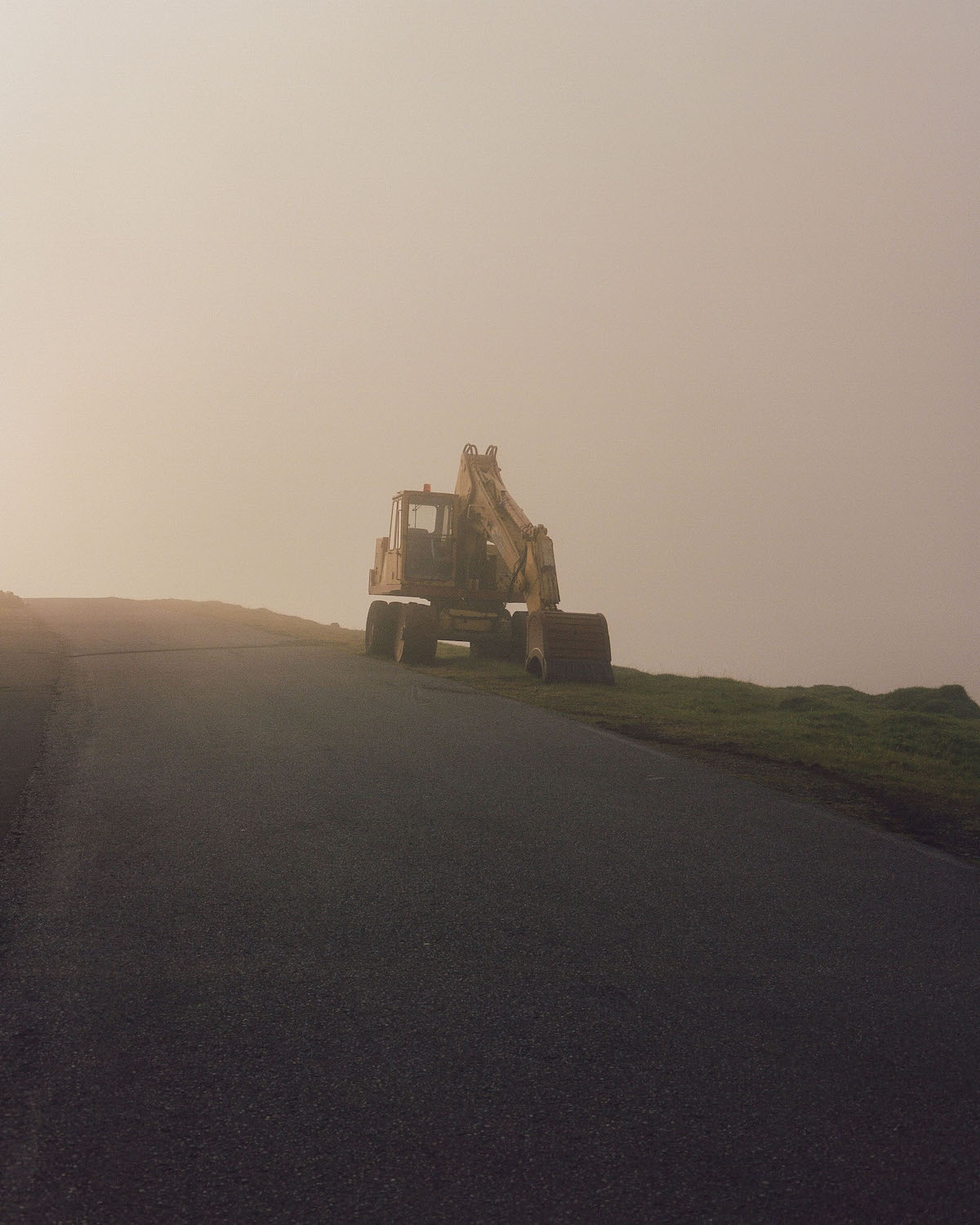 On the last evening, we were lucky to nab a reservation at Koks, the only Michelin-starred restaurant (two stars to be exact) on the islands. The fog was on high that eve and the only thing visible from our parking spot was a parked bulldozer. We came early to the welcoming hut, where homemade kombucha was served before a beat-up Land Rover picked us up and drove through private back roads to the dining cottage. The menu consisted of different Faroese delicacies such as dried whale meat, fermented lamb, and some peculiarly unique dishes that included langoustine brains. The food was astonishing, but it was outshone by the overall experience of the unlikely ambiance and isolated situation of this establishment. 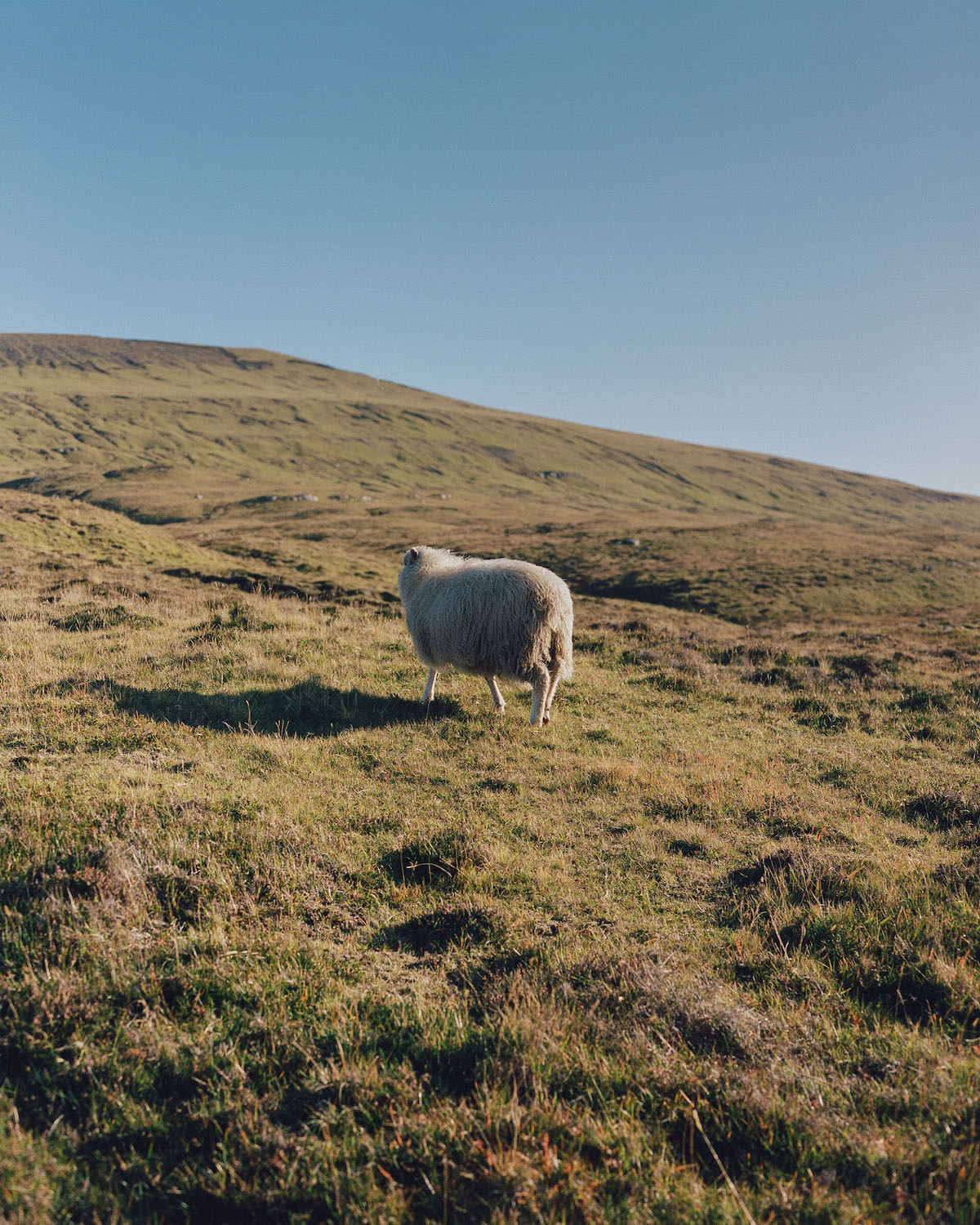 It is believed that the small villages of the Faroe Islands will continue to regress due to better opportunities for the youth, making the current populations the final residents of their settlements. This worried me, thinking that although tourism may spike due to the splendor of its natural geography, the declining presence of the Faroese people might lose its authenticity. I spoke with a young chef after our final dinner service and asked him where he planned to go after his internship. Surprisingly, he was convicted of staying on the land and building on the culture that provided us with so much enjoyment and bliss. I left feeling optimistic that when I return, this majestic country will continue to thrive.