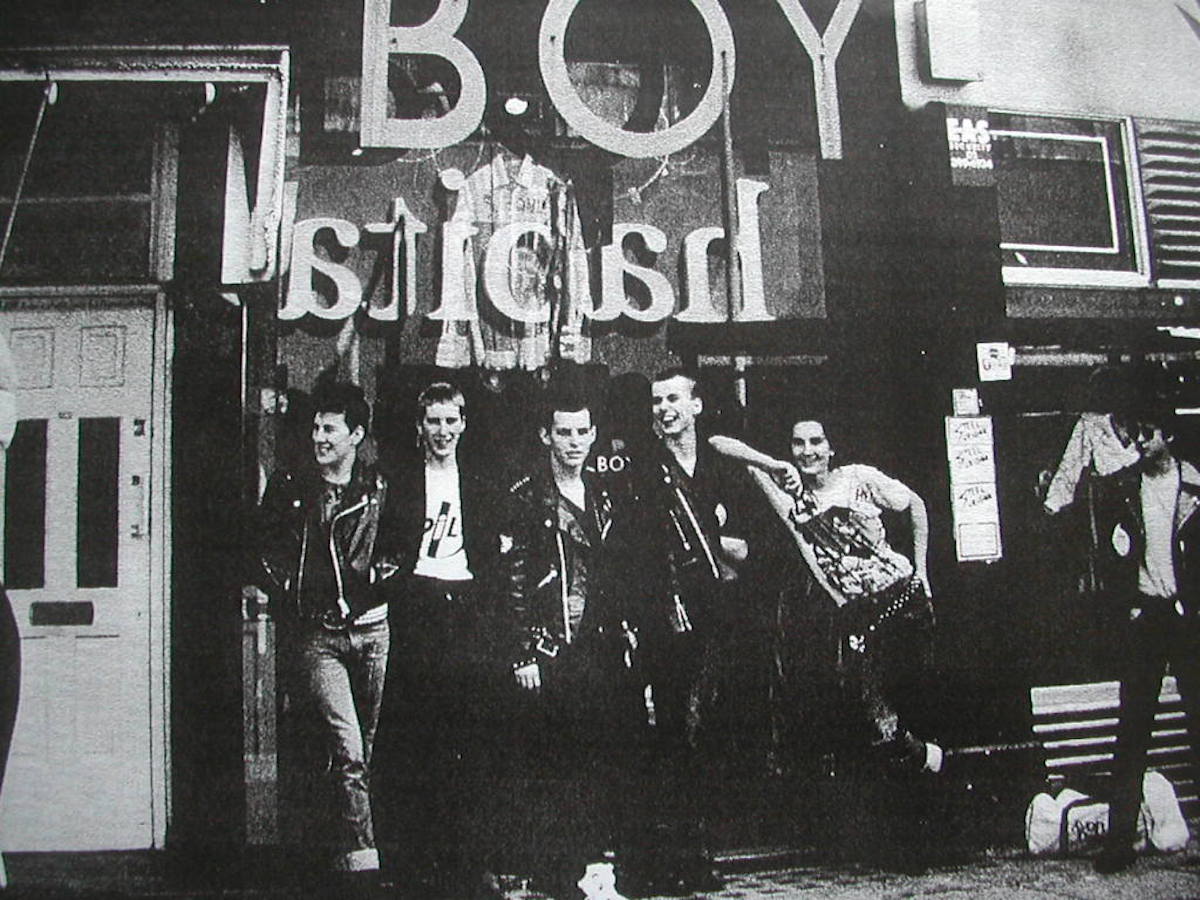 We recently had the opportunity to meet Stephane Raynor, founder of BOY London, in his Neukölln shop Ironic Gallery. We talked fashion, gentrification, and the evolution of punk since its inception in 1970’s London. With Raynor, a self-proclaimed anarchist of fashion, at the helm of BOY, a new queer-punk movement was born with a label that was not only a brand but a lifestyle. This movement was represented by Warhol, Madonna, Sid Vicious, and later by pop-icons including Rihanna, proving that the evolution of Raynor’s vision remains as relevant today as it was more than forty years ago.

For the London community, BOY was a refuge for the queer and alternative youth, ‘a place where people could come and hang out to get away from the world’. Through the rising popularity of this brand and the community it created, BOY began to catch the eye of major corporations both in London and abroad. These corporations sought to turn a grassroots movement into a global commodity.

While speaking with Raynor, we observed his particular distaste for stolen authenticity and the regurgitation of fast fashion – uniqueness turned into imitation for profit and mass appeal. A glaring example of this is fashion giant Zara who Raynor critiques for having designers “researching what’s cool and ripping it off”. Raynor doesn’t shy away from the fact that this happened to his own brand. The company was “just sending eagle stuff out there but for the wrong reason, because it sells”. It took away the rebellious movement behind BOY, the shock art of putting this infamous eagle on a t-shirt and wearing it around. He hopes that somewhere down the line BOY’s original target market is still aware of the purpose behind BOY and the legend that follows.

Raynor’s speaks about his move to Berlin as a city which “lacks gentrification and is about ten or so years behind cities like London and New York”. Today he sits in his quirky, 90’s designer-wear store in the quiet streets of Neukölln with a whole different movement in mind. Raynor believes that he has already “created so many looks and so many monsters and all of it had become exploited and part of gentrification”. Bothered by how small the market for vintage is here, he emphasises that Berlin, as a developing city, has so much to learn.

In his present situation, Raynor also sees himself as a “Maverick situationist nomad”, spending all of his time in Ironic Gallery writing his book and working on an upcoming film documentary. Ironic Gallery is not just a shop to find designer one-offs, like BOY. It is an open a space for artists and creatives: a place to collectivise in a positive atmosphere, a recurring concept in his career. The vintage designer wear of Ironic Gallery is nostalgic throw-backs which allow the Berlin community to revisit a more authentic time in fashion where the meaning behind each piece is just as important as the aesthetics of the clothing. 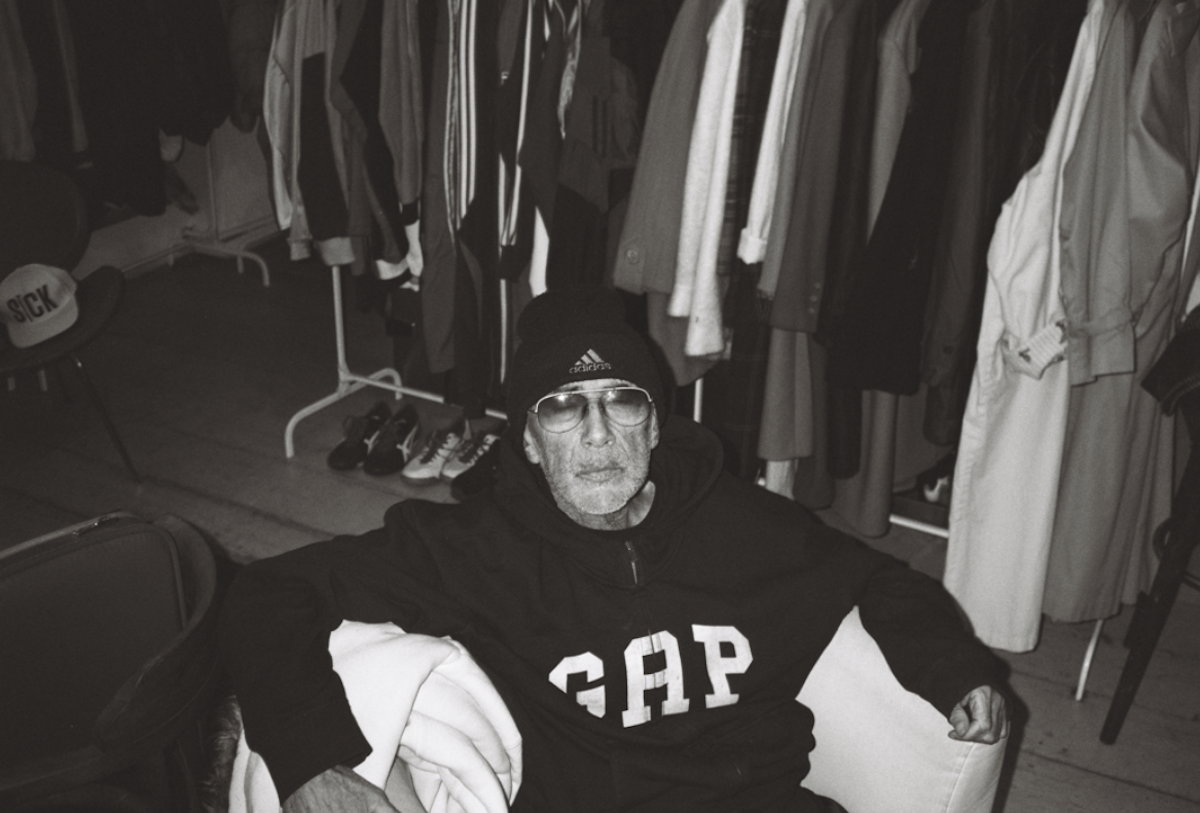 Calissa Teiniker: Tell me a little about your inspiration behind BOY and your part in the early punk scene in London.

Stephane Raynor: The thing I hate about Berlin is everyone here thinks they’re punk because of how they dress. But they all just look like a bunch of clones. I’ve watched people suffer, I’ve had friends die in my arms because of AIDS. If you go out clubbing, it should be dangerous. Don’t do partying on rooftops taking selfies and this and that. That wasn’t what it was about back then.

If you think that I created gay boys, soul boys, punk, gothic, acid house, hipsters, normally you couldn’t get away with selling the same shit for forty years, but it wasn’t like that. BOY was a place people could come and hang out to get away from the world. And you see people still buying BOY today because somewhere down the line there is a reason they know there’s some kind of legend that goes with it. When I started BOY London it wasn’t just about the brand; it was about all of the outcasts in the world. I wanted to bring them together. I mean, I worked with all sorts of people: Blondie, Sid Vicious… Famous musicians would just come and hang out in my store because that’s what everyone did. BOY was a place for everyone. 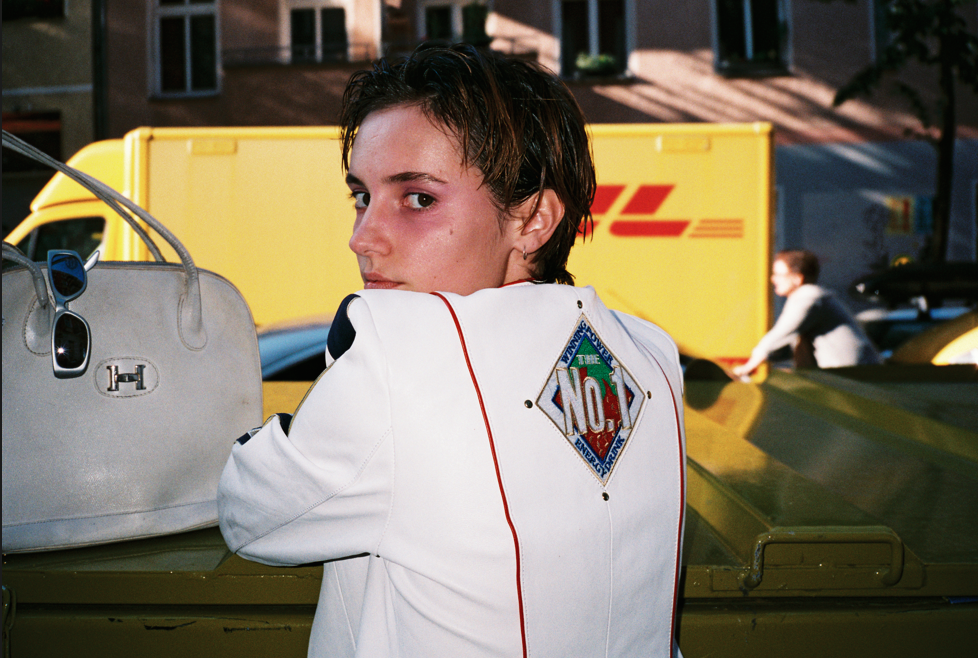 What inspired the BOY Logo, the use of the infamous eagle?

I’m quite surprised that the question comes up. I mean, if you think about Joy Division, it’s one of the worst crimes in history! And yet it was used as the name for one of the greatest bands. The same as Vivienne, she was using the swastika. It’s simply shock art. It wasn’t about anything. It was just ‘that’s cool, let’s do it’.

I remember when BOY started these fashion people used to say to me, “you’ve absolutely changed people’s world!” But when they saw me do gay boy shirts, like three years ago, they fucking hated me. It’s funny that they’d do Hitler’s eagle on a t-shirt but they don’t even like gays, like fuck off.

What are your thoughts on the fashion industry today? What happened to BOY?

I left BOY because I was ready to look for something new. I had million dollar offers with major fashion corporations who wanted BOY, but I turned them all down.

What I dislike is that my label is just sending eagle stuff out there but for the wrong reason, because it sells. It’s funny that it’s the biggest selling t-shirt in the world, but the reason why people still love it is because they see the rebellion in it.

I love every part of society. Who I wanna kill is Zara. It disgusts me that they have designers going out there and researching what’s cool and ripping it off. I suppose I would call myself an anarchist of fashion. Fashion is really hated at the moment, and I want to preserve what’s special. 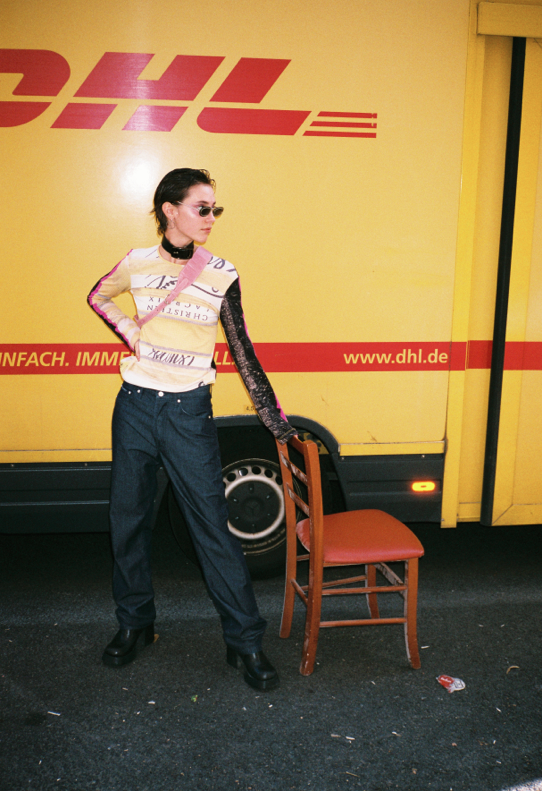 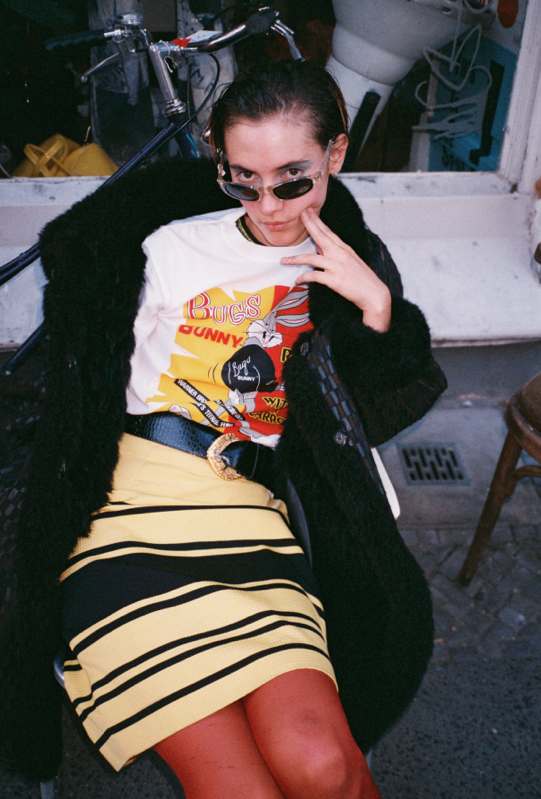 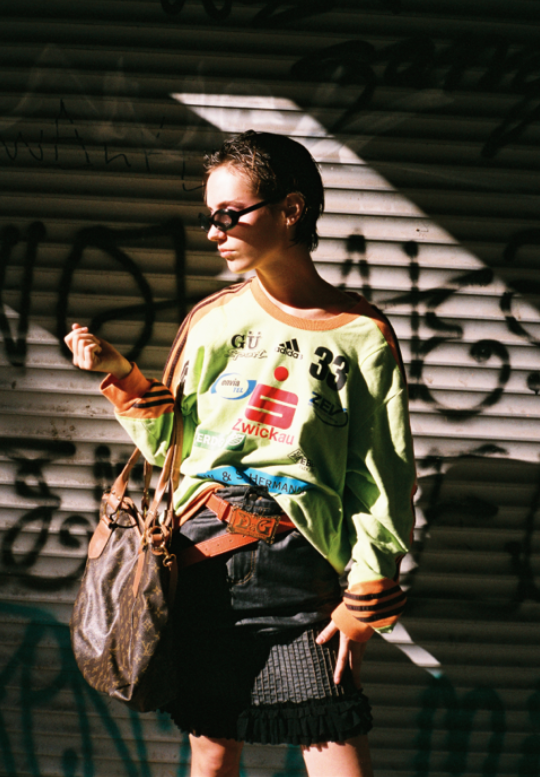 What inspired your move to Berlin of all places? Why vintage?

I had created so many looks, so many monsters, and climbed so many mountains. All of it had become exploited, in part by gentrification, and this was the place I thought I could find a studio and a shop and start over. I wanted to wind the clock back. The idea of me travelling through time is remarkable. I moved here so I could work from the ground up and do it all again. My company thinks I’m nuts. I hoped that this store (Ironic Gallery) would be a space where artists and cool kids can come to hang out. Like they did in my BOY shop back in the day.

There is something special about Berlin. In the culture and the people. I was also drawn to how quiet it was. It’s a great place for me to sit and write. I’m writing this book at the moment about BOY. I’m a bit of a Maverick Situationist Nomad. I barely leave the shop.

Another thing that bothers me about Berlin is that Berlin doesn’t know enough. It’s ten or so years behind cities like London or New York. Nobody wears brands here! The vintage scene here is really shit, and I believe there’s a big market for it, and it’s a great opportunity to bring back incredible one-offs.

And I hate the term ‘vintage’; these clothes aren’t just ‘vintage’. I think 90’s designer-wear is more suited to the store. Every piece in here is Chanel or Gucci or other iconic designer labels that have been sourced from warehouses in France and Italy. They can’t be found anywhere else.

When I hate fashion, I move back to vintage wear. This has got a purpose to it.

What’s next for you?

Well, I was thinking of opening another shop in Paris. I’m bored of Berlin now. I think Paris is the perfect place to open another shop. At the moment Paris is shit. Paris needs saving.

Other than that I need to finish my book, and I want to work on a film documentary.

Stephane Raynor has a relentless passion for the future. His vision and impact are ever continuing as he prepares to take on Paris. You can follow his Ironic Gallery here and stay up-to-date with his whereabouts via his personal Instagram.