Collaboration, cross-pollination and inclusivity: An interview with the collective Femme Culture 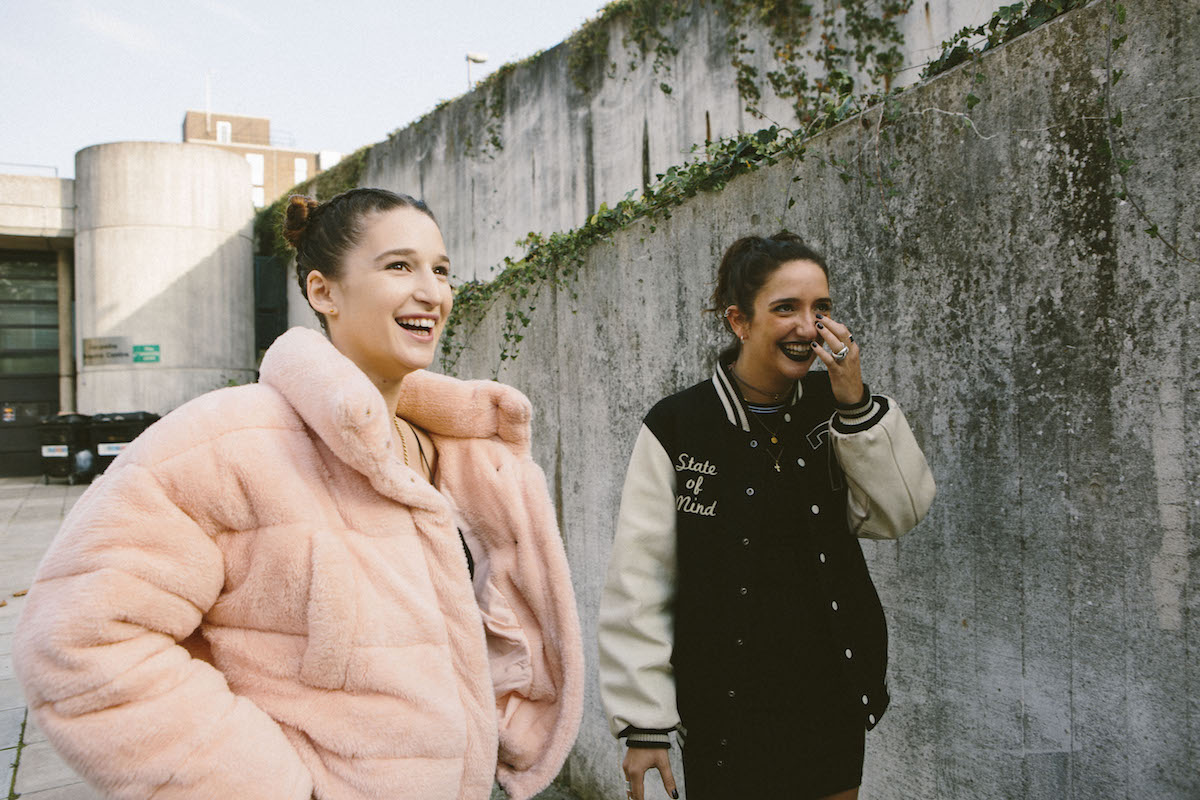 Groups of female collectives have been emerging rapidly and consistently in the last decade, addressing the unnerving realities we face in society around gender equality by promoting discussions between like-minded individuals. Take Gurls Talk, founded by Adowa Adua. The online platform provides a safe space for girls and women to share and listen without any judgment or stigma;  ultimately promoting self-empowerment. Likewise, Babyface, a creative agency, inspired by the lack of any authentic platform for women to speak about their careers, continues to shine a light on the power of networks and speaks to a more current younger generation. More recently, the record label and collective, Femme Culture, has gained recognition and momentum in London for its desire to champion women in the arts and push forward-thinking music through its carefully curated club nights and events.

In 2015, instead of watching Jamie xx in concert, musician and producer Elkka found herself breaking down to her girlfriend. While succeeding in writing music for other musicians, she was desperate to be writing her own and felt a severe lack of support for emerging female producers in the industry. By the end of 2015, Elkka was producing her first EP and by December 2016 had released her debut EP through her new label, Femme Culture. Inspired by the positive efforts and outcomes that came from her self-will and determination, Elkka released her second single in April 2017 and hosted Femme Culture’s first club night in the same month. It is here that Elkka met DJ and Marketing Manager at Bleep (Warp Records Sister Company) Ludo, who through a mutual friend was booked to play that night. Ever since the pair have been working as a duo to promote and grow the collective.

Femme Culture’s club nights and special events break down social barriers implemented by technology, which continues to inhibit physical interaction and engagement in our digitally oriented society. Bringing together like-minded individuals, the collective provides a platform for artists and musicians to collaborate, while also offering a space for everyone to engage and connect through music, dance and different forms of art. In September 2017, for example, Femme Culture partnered with photographer Sophie Mayanne, whose photographic project ‘Behind the Scars’ has generated worldwide press for its promotion of unconventional beauty.

Teeth Magazine met with the creative duo to find out more about why they wish to use their collective to promote cross-pollination between different art forms and what 2018 has in store for Femme Culture. 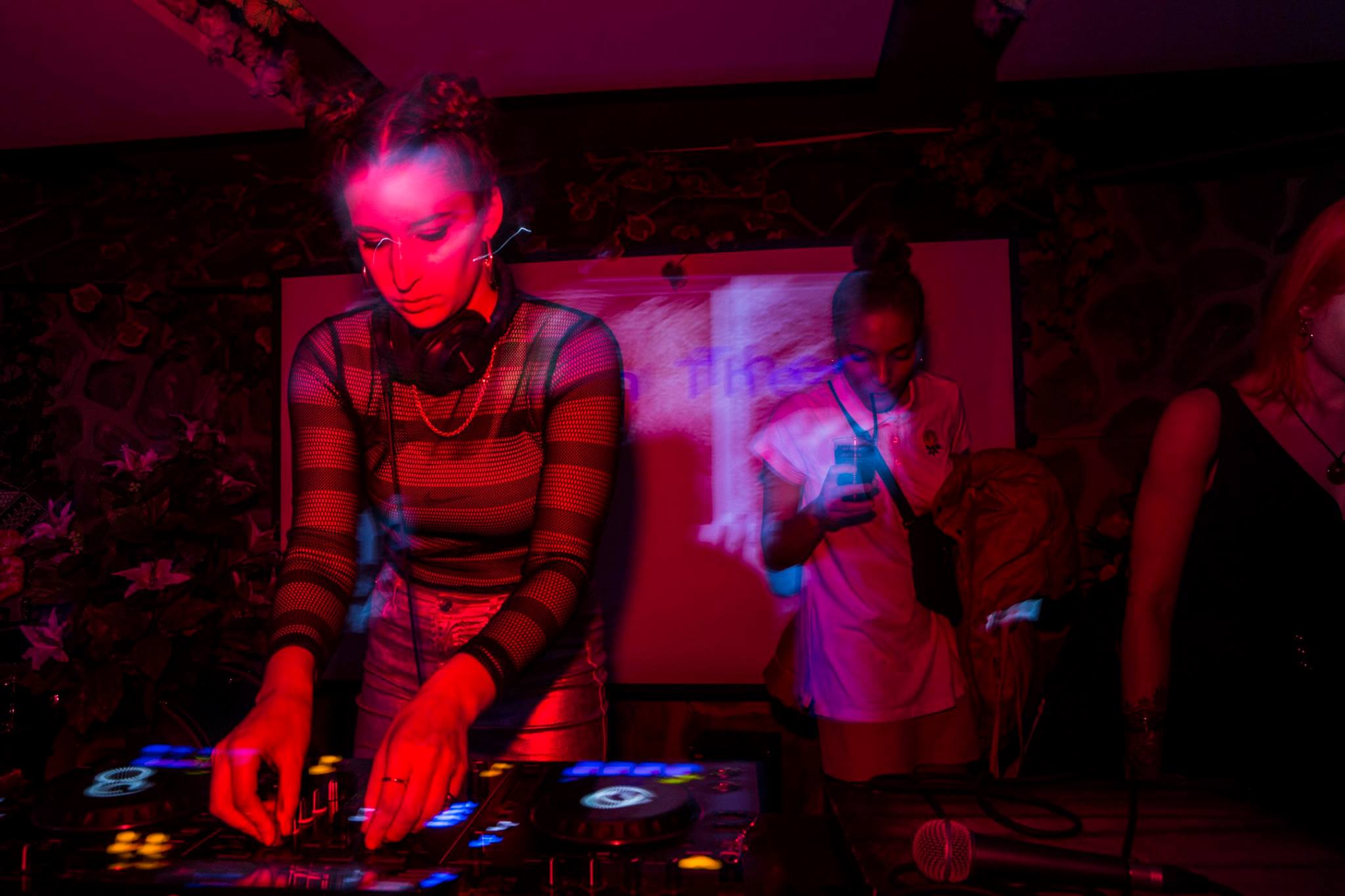 Do you have an artistic statement/brief for Femme Culture? A few lines explaining what you want from it and what exactly it is would be great.

Femme Culture is a record label and collective, born out of the desire to champion women in the arts and push forward-thinking music. As the team and projects expanded, so has our mission to keep purveying our original ethos whilst seeking soul/mind-bending sounds and arts.

What has been your’s and Ludo’s favourite moment since starting Femme Culture?

Elkka: It’s really hard to pinpoint one single moment, but I remember standing there, halfway through our Behind The Scars party for Sophie Mayanne and feeling so proud of what we had curated – bringing together incredible artists and people for an amazing project.

Ludo: Mine would have to be when I burned to CD all of Elkka’s releases, printed a picture of us together as artwork for the case to gift it to my mom for Christmas. And showed it to Elkka before going back to back for a gig and my heart just melted there at that moment out of love, pride, and expectation.

Elkka: She made me sign it can I add…I hope that wasn’t the only Christmas present you got her.

Do you both have an area of London that speaks to you the most when it comes to Femme Culture and the possibilities it can bring for the collective?

Ludo: Ah, this is gonna cause the usual beef of south LDN vs East… Gotta be East London for me. I’ve always lived East since moving to London 3 years ago, so everything I know and motivates me on the daily is there. My home, my friends, Radar who has welcomed us for our first radio show, my first DJ gigs, the endless amount of venues and spaces, the warehouses, friends’ studios… all is in East like one big mash-up of beautiful chaos.

Elkka: I’m actually based South but ‘live’ East as that’s where most of my life seems to happen. South East is banging too though, big fan of Peckham, great art scene there. 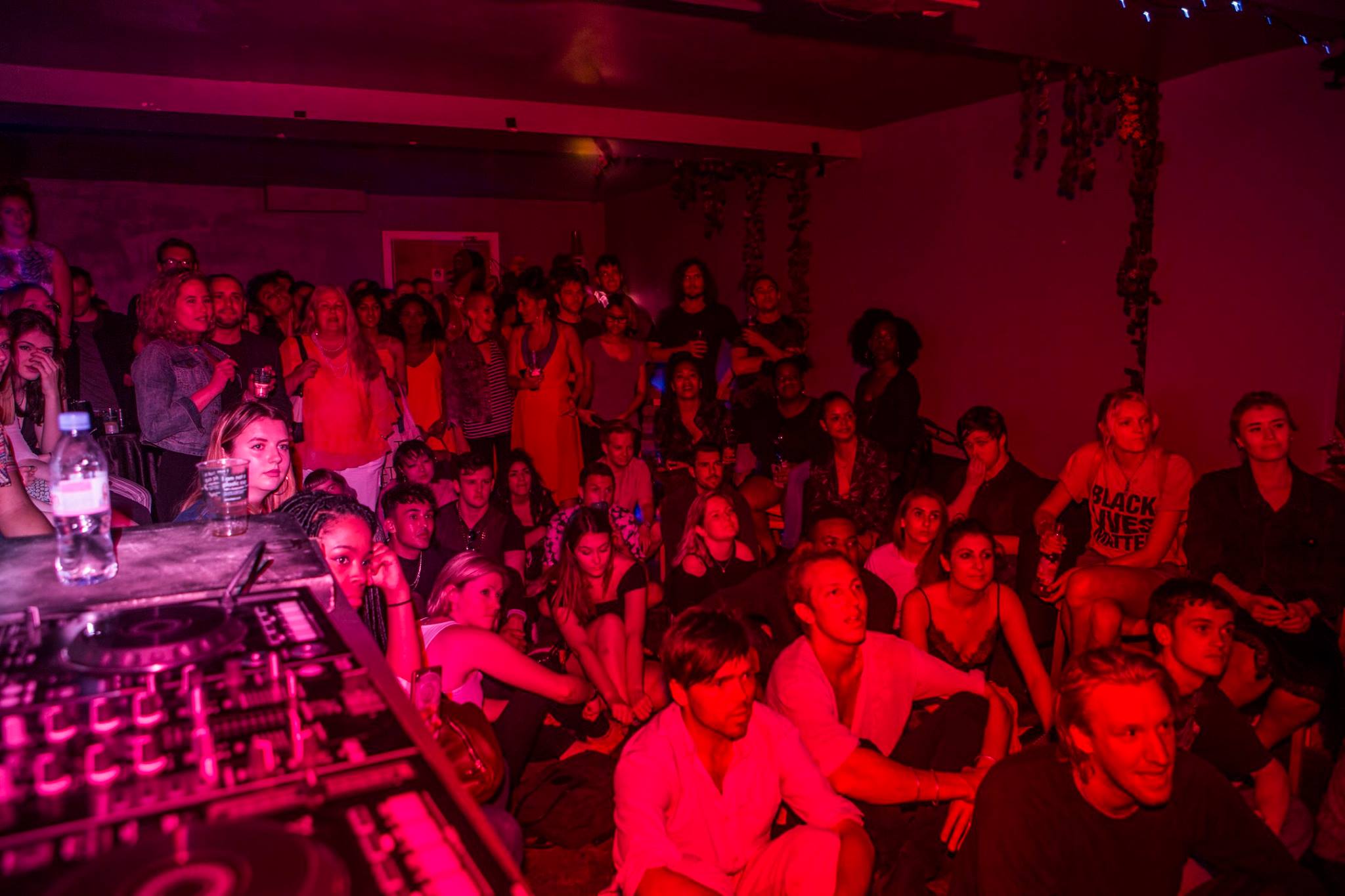 Would you ever consider collaborating with different brands/organisations or do you want to stay autonomous?

Elkka: We are all about collaboration – when it comes to the right people who share a similar ethos to ours.

Ludo: It is implied in our way of viewing music, art, social or business relationships, politics, everything really… that through collaboration great things can be achieved.

Are there any other collectives that you would say have influenced you the most?

Elkka: Pxssy Palace are incredible, they really have created a safe space that you can go to and express yourself and just have a damn good time. It’s my favourite space to let go and feel totally free.

Ludo: Discwoman – an NY crew showcasing female-identified talent in the electronic music – are real bosses. Like everything they do feels so right, the music they support, the parties, their interviews. They’re just doing it for the (equal) love of music. Plus their strapline is TechnoFeminism!

What would be your advice for other young female creatives who are starting out in their career?

1. Do not limit yourself based on what you are expected to do.
2. Build your own platform. Find out what you want to do and figure out how to do it yourself.
3. Just start from somewhere and do it until you get it right, and you’ll know when it is right. Even if it’s a small blog, asking your sibling to teach you to DJ, or picking up a paintbrush… just put yourself in the situation where you can understand what you’re doing right or wrong. Movement brings more movement; stillness leaves you in the same spot as before. 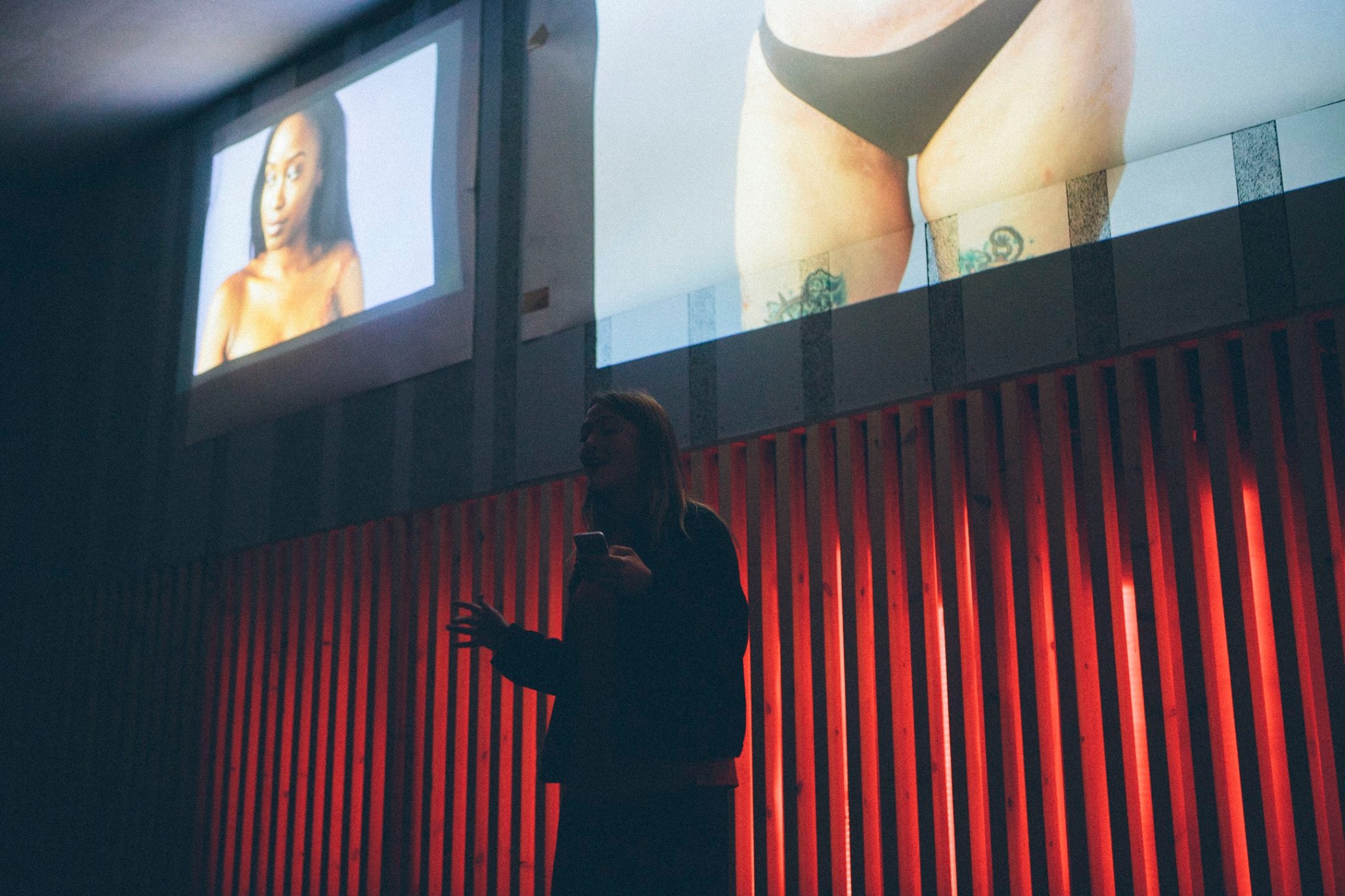 What frightens you most about contemporary society and its relationship with women?

Ludo: Sexism was probably the word of 2017, so many strong women rose up for their rights, got recognised for their merits, headlined gigs and shows, etc. Young girls from different areas of the world bravely exposed heartbreaking cultural ‘practices’ from their respective countries. However, how much of this press and social media exposure has actually translated into a different way of thinking? How much of this has been welcomed to avoid being called sexist or to be seen as ‘doing the right thing’, as opposed to seeking out the cause of these behaviours and attitudes?

Elkka: Hopefully it’s not a ‘trend’… hopefully we’re all in this for a permanent change in perspectives.

Can you tell me what plans you have in store for Femme Culture in 2018?

We can’t give too much away, but you can expect a few EPs from Elkka and other women at the beginning of the year. We want to focus on having a conversation on a global scale, and that for us translates into releasing music from all corners and engaging with international artists, so hopefully, there should be more of that too. Plus some pretty sleek merchandise. We have a very good feeling about 2018 – stay tuned!