The Ties: An Interview With Kinbaku Artist Leh YSL 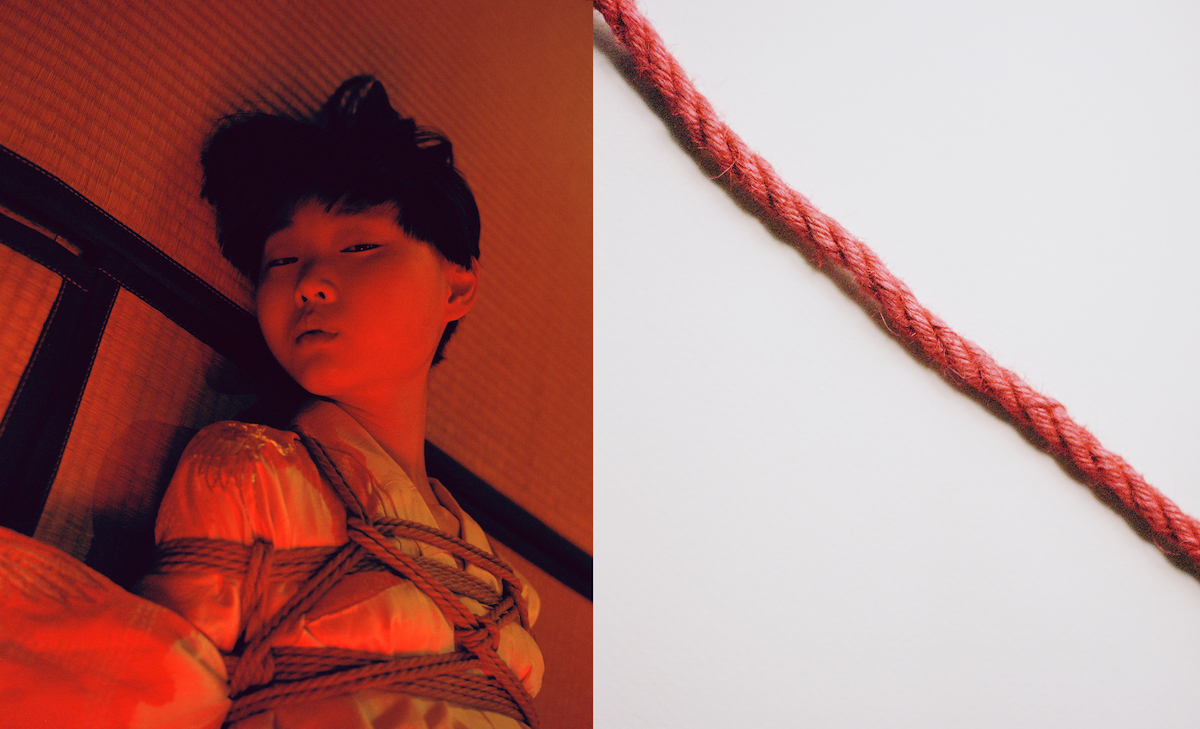 Although it originated in Japan, Kinbaku is not particularly socially acceptable in Japan. Many fail to consider her work as art since from the 17th to the 19th centuries, official Tokugawa crime laws used knots to torture and extort confessions from captives and to display alleged criminals. However, with shifting attitudes towards the role of sexuality in art, there is a growing abundance of people who are now coming to recognise it as an art form.

During her trip, Dana sat down with Leh to talk about her experiences with the ancient art form, the medium she works with, and the driving forces and inspiration behind her work. 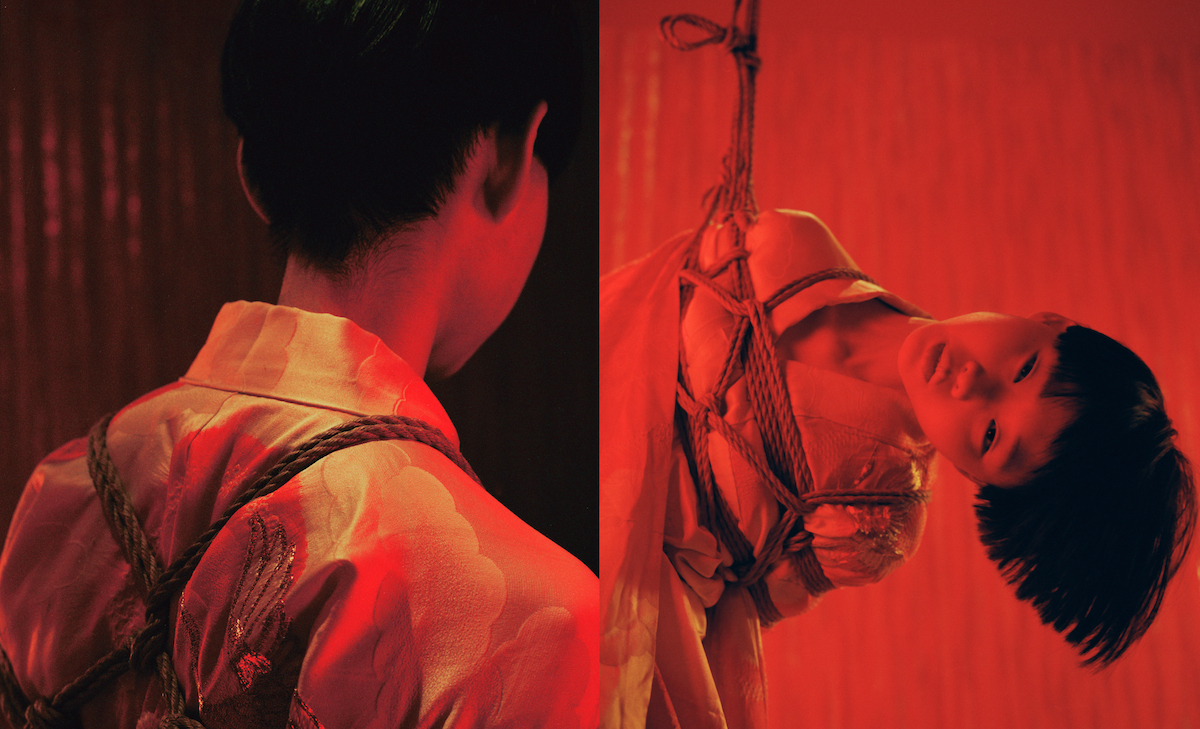 In pictures, I consider form and composition, creating images with awkward poses, trying to build romance and intensity. I draw inspiration from fashion, drama, and irony because I want people to realise that Kinbaku is more than a sexual kink. Coming from a female perspective, I would really like to send the right message about Kinbaku. I know there’s a lot of stigma surrounding the subject, seeing as there is quite a bit of porn about it and it is often misconstrued as misogynist. In a way, I think my work de-sexualises the subject. I want the viewer to be seduced instead of thinking about lost love when they see my pictures. 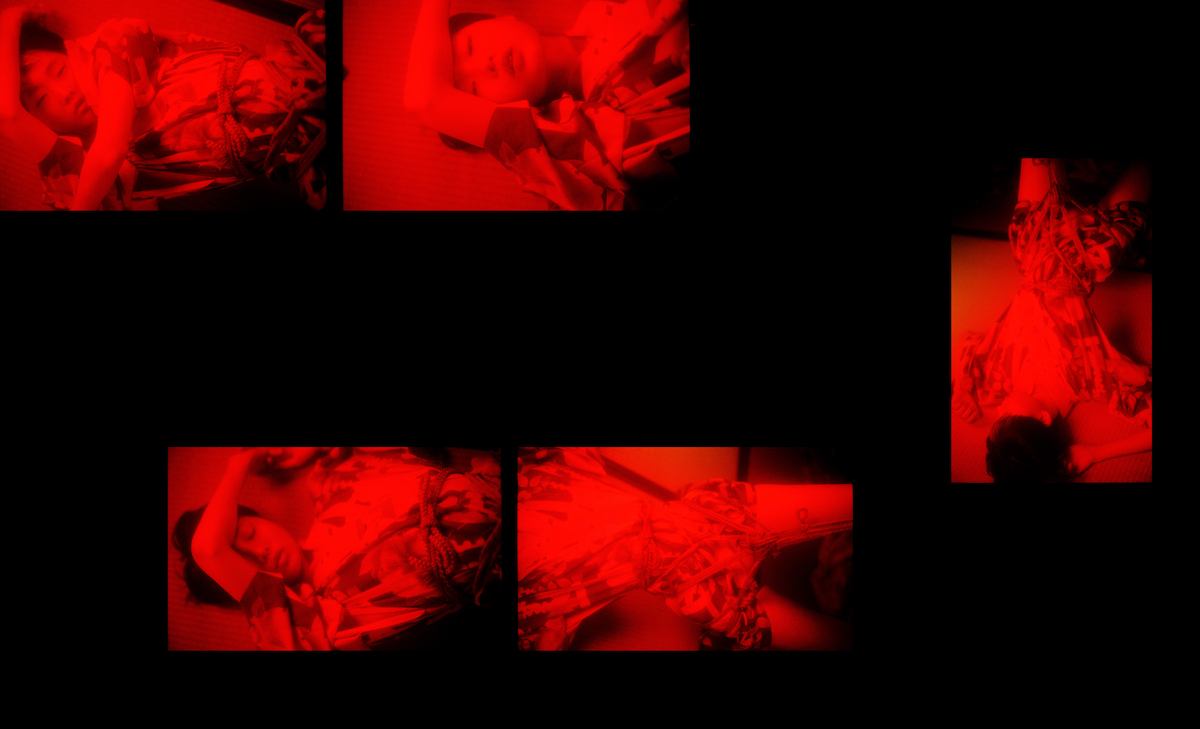 What is the significance of saying ‘Kinbaku’ vs ‘Shibari’, two terms I see thrown around seemingly interchangeably?

Kinbaku has its origins in Hojōjutsu, which was a tying method using hemp ropes to capture criminals. In ancient Japan metal was rare, so metal chains and handcuffs were not as common; hemp ropes were used instead. The ropes would be tied into special patterns to mark the crime. Some methods also served as torture techniques to inflict a lot of pain, force confessions or cause physical injuries to prevent criminals from escaping. In Kinbaku, some of the techniques from Hojōjutsu are still used for people who like to play rough.

I personally really like the term because I think it’s a metaphor for romance, the concept of being tightly bound to someone. I liken these words to being something of a Rorschach inkblot test in that how a person interprets something reveals their personality characteristics and latent emotional functioning. I’m a hopeless romantic, so I like the term, and  I see the nature of love as a strong uncontrollable force. Therefore, to me, Kinbaku is a perfect word to describe it all. I guess people who are more uptight would easily be offended by the term or see it as something violent. Shibari is a more PC term for it. It simply means ‘the act of tying’. 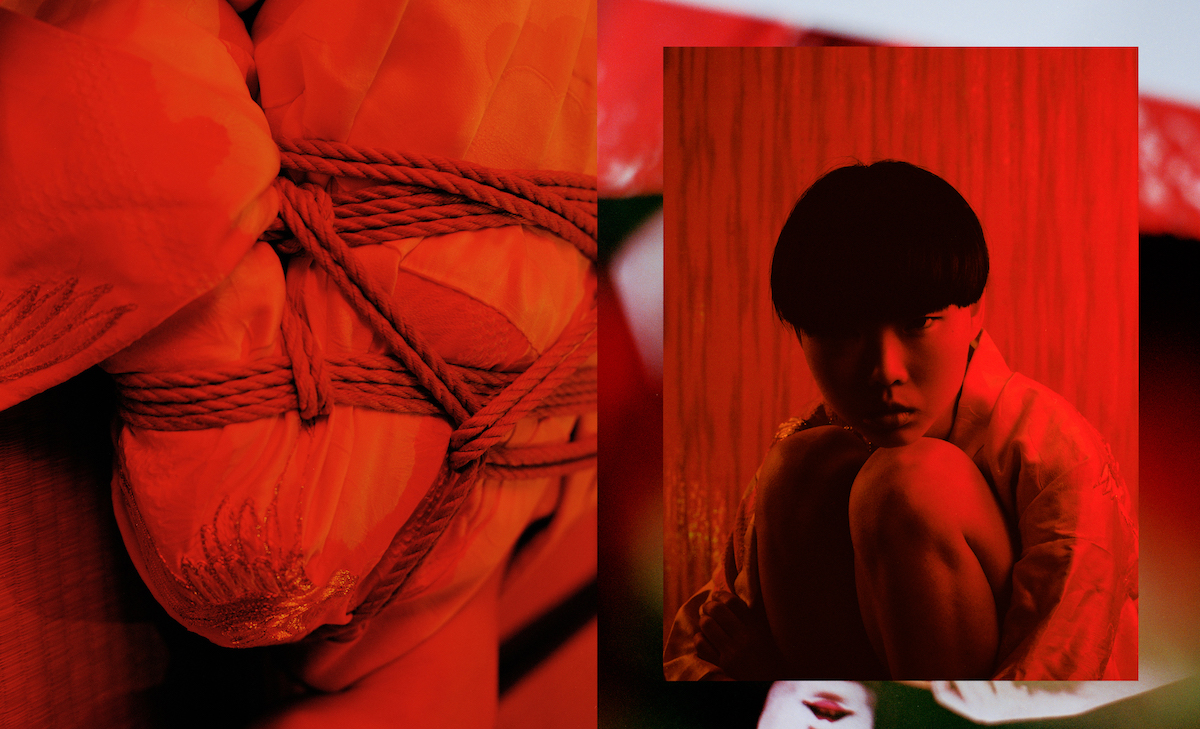 In the last few years, I’ve seen a lot of trend pieces pop up in Western art and fashion magazines focused on the topic of Shibari/Kinbaku, the catalyst being attention from some well-known Western celebrities and the fashion world. Even still, I see Shibari being performed in editorials and campaigns from time to time, notably a 2016 campaign from Araki himself in collaboration with Supreme. Is it frustrating for you to see Westerners jumping on the bandwagon? Shibari, although birthed in Japan, is generally not well regarded there socially and resides in a murky legal area. However, you’ve noted that there is an increased interest amongst young Japanese people due to this attention from Western artists. You have previously mentioned the concept of the ‘reverse import’, would you care to expand upon that?

If anything I see myself more as more Westernized than the average Asian girl. I really don’t have much of one cultural identity since I grew up with an international background. Yes, Japan is probably most well-known for Kinbaku art, but really I think the art of it is more appreciated in the West than in Asia. The complex ties and exoticism are seen as art in the West, whereas in Japan, most people see it as a perversion or kink. Most people would not openly admit to liking it or that they practice it. I guess this is also because people in the West are a lot more sexually liberal. Even being LGBTQ in a lot of Asian cities is seen as a novelty or seen as unacceptable. For example, my teacher who practices Kinbaku told me he was fired from his job when pictures of him performing were leaked. I think this kind of discrimination is rarer in the West.

Although Kinbaku is most famous and probably done best by the Japanese, I don’t think there’s limitation to who can practice it. Modern-day Kinbaku uses a lot of techniques from fishing, mountain climbing, Chinese knots etc., so it’s really all about developing your own style and drawing influences from many sources of various origins.

In Japan, with the younger generations, Kinbaku is kind of like a ‘gyaku-yunyu’ product which means ‘reverse import’. This often happens with a lot of things that originated in Japan. People in Japan don’t really know about it or don’t see it as cool but, when the Westerners start to take an interest, the Japanese later follow. The kids in Japan probably are largely unaware of its origins, or the dark past Kinbaku endured. And that’s cool too, they simply see it as a fun, sexy thing. I have no judgement on that. 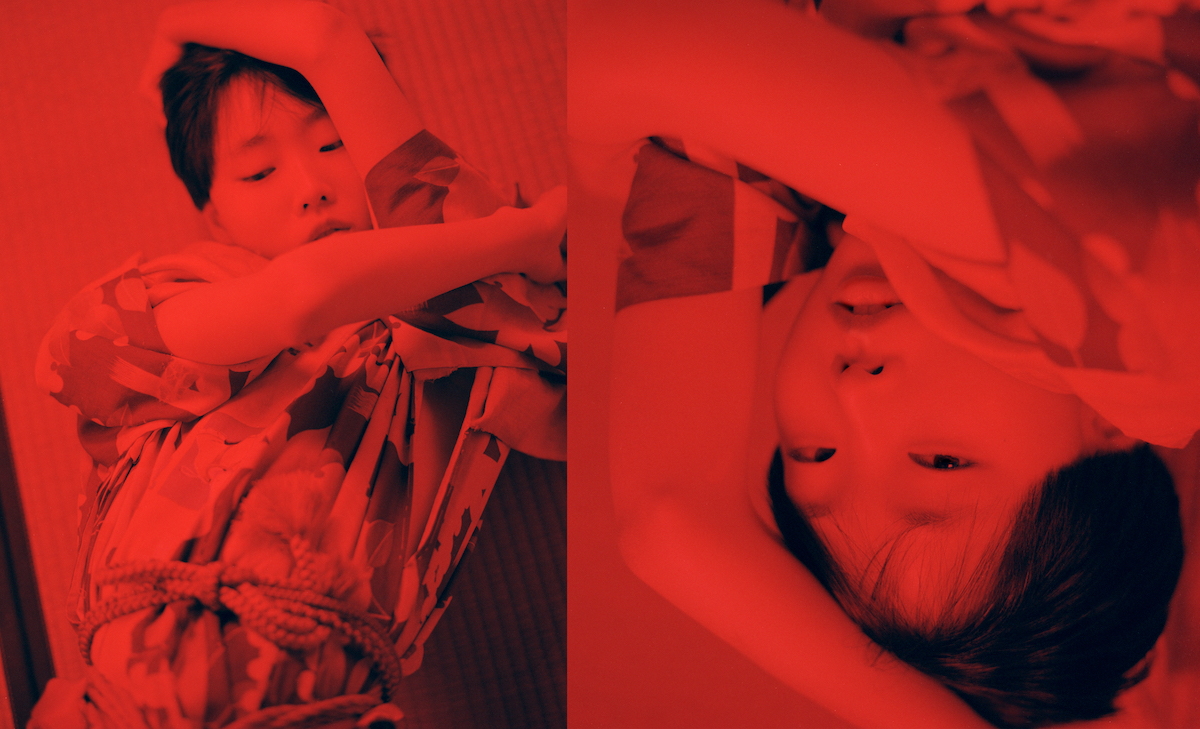 If someone was interested in educating themselves in the art of Shibari/Kinbaku, where would you advise them to look further?

It is vital to study and know your limits. Kinbaku accidents happen a lot, and many of these injuries can take a long time to heal. Please find and study with local Kinbaku groups. There’s now many of them around globally, so it’s a good idea to research and find teachers best fitting for yourself.

Are there any other projects you are working on currently you’d like to touch on?

I’m always tying and photographing when I meet the right girls or boys. But I have a day job that I love very much too, which is that I’m always styling and designing, as well as scouting creative talents and upcoming brands to work with. 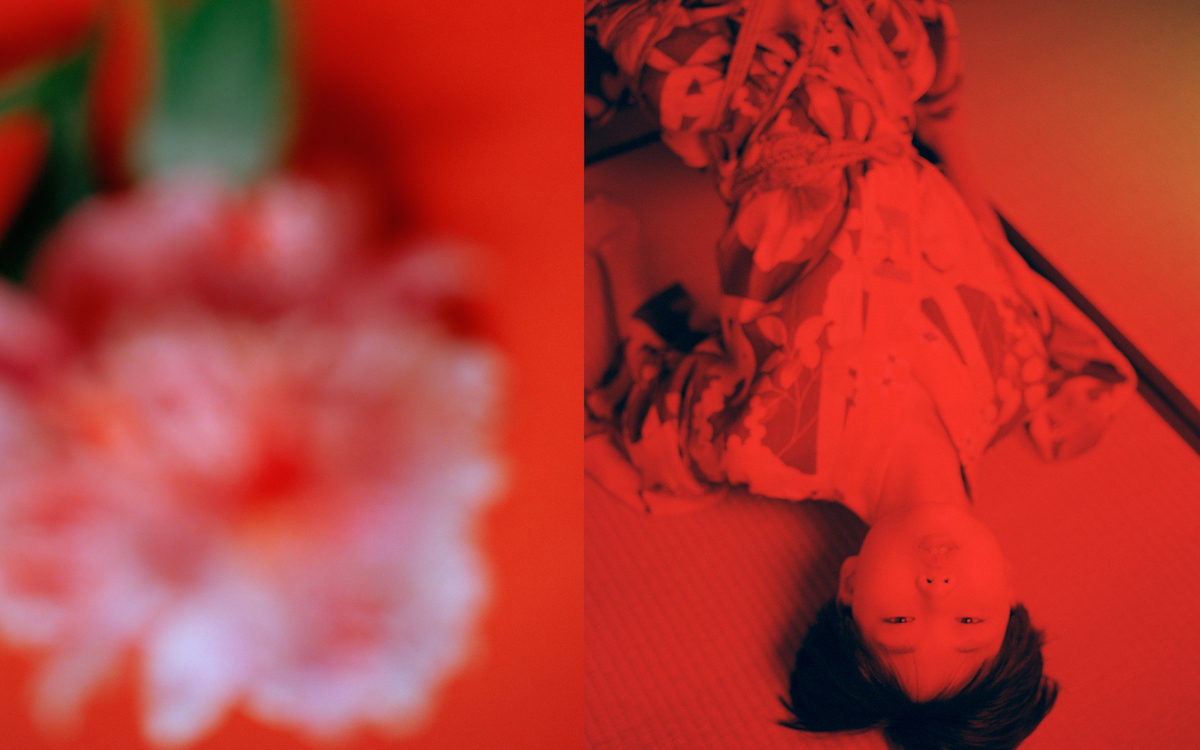